10 Real-Life People Vs. Their Movie Counterparts

Many of us have seen Hollywood movies that say “based on a true story” in small letters somewhere in the intro credits. But have you ever tried looking up the people that those movies are based on? Turns out that their real stories are often even more impressive than the movies show – after all, there’s only so much you can fit into the limited runtime! However, even though directors might not always portray the story with 100% accuracy, what they’re really good at is picking the actors that resemble the real-life people as close as possible.

Today we have prepared you a collection of images comparing real-life people to their movie counterparts, and their resemblances are simply striking. Check them out in the gallery below but be warned – there are some movie spoilers ahead! 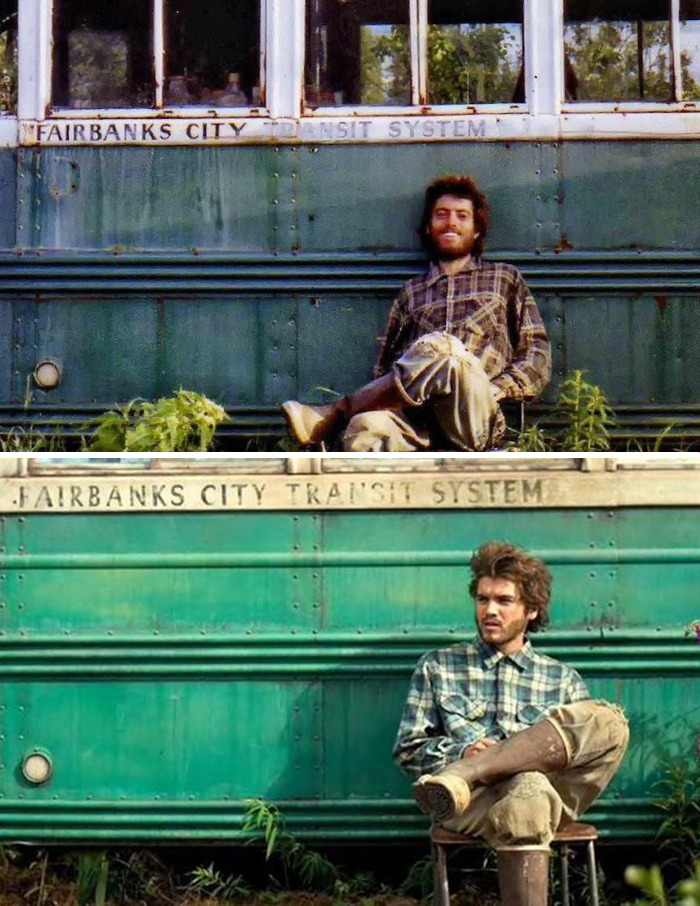 If you haven’t seen the 2007 movie Into The Wild, it follows traveler Christopher McCandless’ journey north. The man had dedicated his life to traveling around the USA, before eventually ending up in Alaska where he set up in an abandoned bus off the trail. The man wrote a manifesto under the pseudonym “Alexander Supertramp”. Sadly, Alaska ended up being the place where Christoper met his fate. 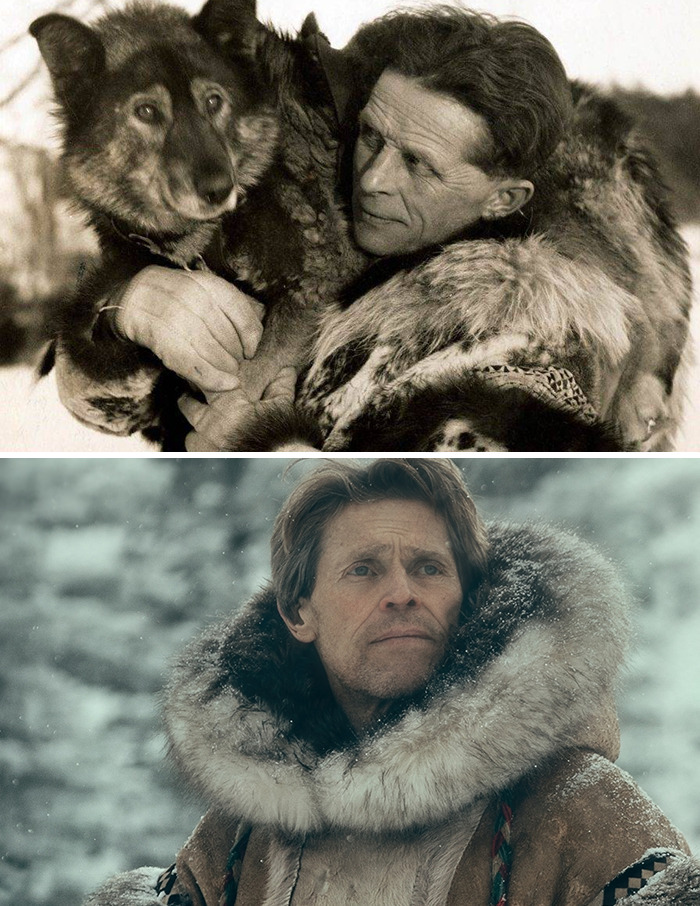 The 2019 film Togo tells the story of Leonhard Seppala, who back in 1925, along with his lead dog Togo and other sled dogs, set out on a journey to retrieve medication after the town of Nome, Alaska had a break out of diphtheria. However, he wasn’t the only man that set out on this journey – several other mushers and as much as 150 dogs also took part. Sadly, many of the dogs did not make the journey, as the harsh weather conditions claimed their lives. 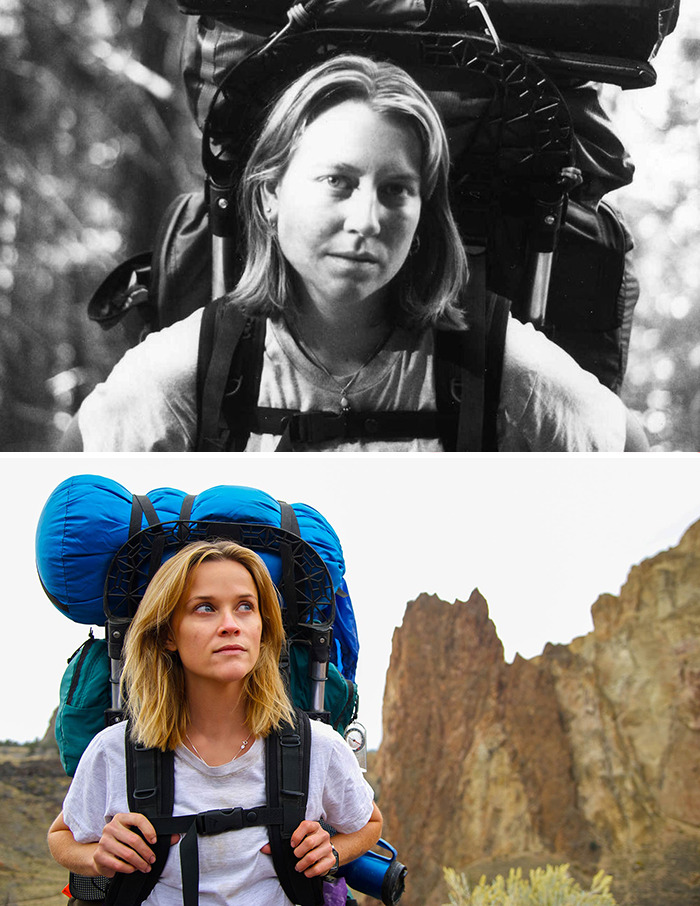 The 2014 movie Wild is an adaptation of the book From Lost to Found on the Pacific Crest Trail written by Cheryl Strayed. The book documents Cheryl’s 94 day and 1,100 mile journey where she was trying to cope with her mother’s death and overcome her drug problem. 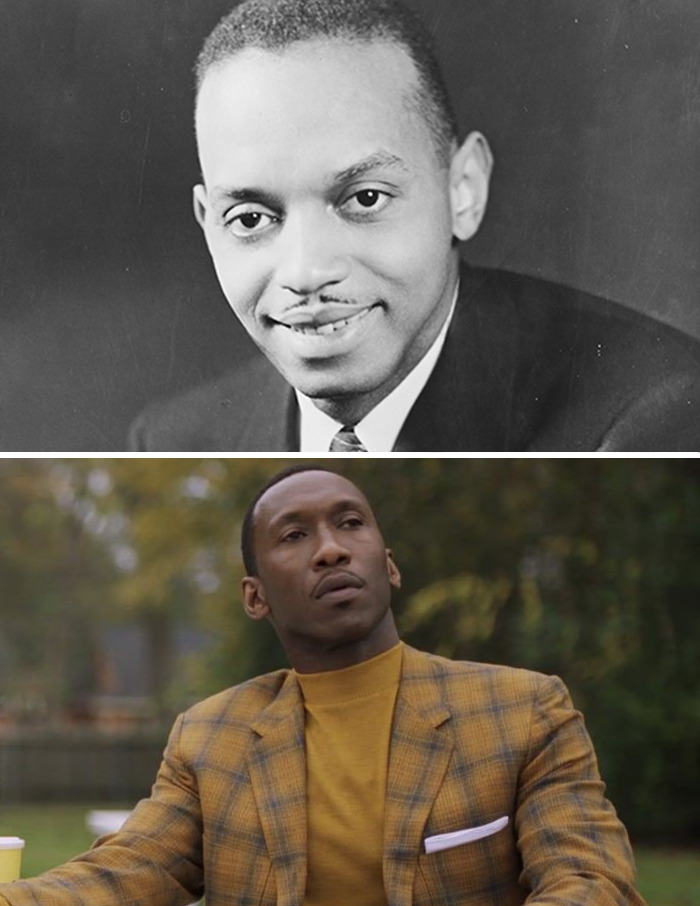 Green Book (2018) follows musician Don Shirley, who set out on a tour through the South back in the 60s, despite the difficult political and social tensions that lingered in the region at the time. 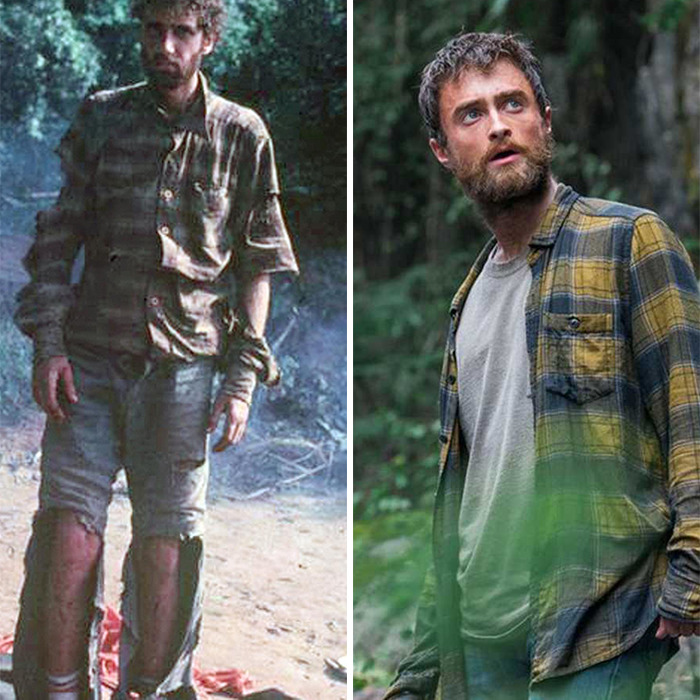 Jungle (2017) tells the story of Yosseph “Yossi” Ghinsberg, a man who got stranded in the middle of the Amazon rainforest after losing control of the makeshift raft he had constructed with the locals. The man had spent three weeks in the wilderness and was on the verge of death before being eventually being rescued. 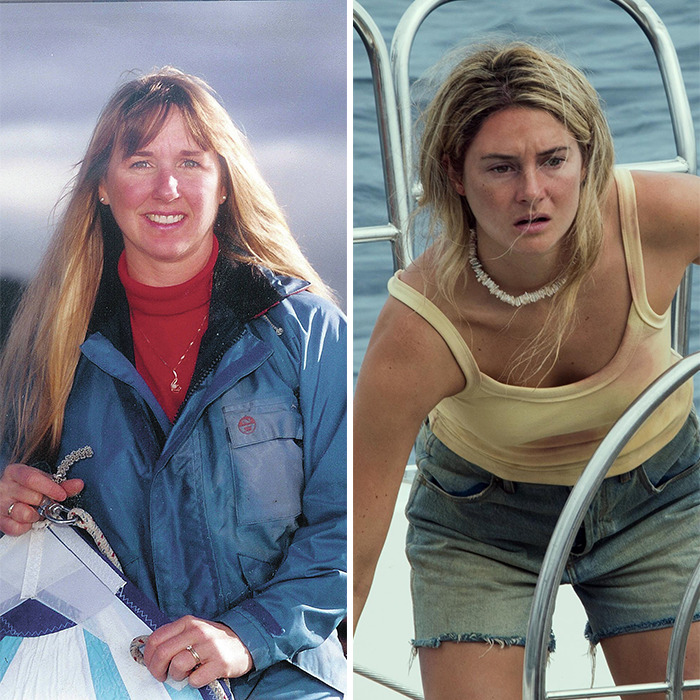 Adrift (2018) tells the story of Tami Oldham, a woman who, along with her fiancé Richard Sharp, got caught up in a category-four hurricane while sailing from Tahiti to San Diego. The woman was knocked unconscious for 27 hours, and upon waking up found the boat sinking and her fiancé gone. Tami ended up fixing the sinking boat, creating a makeshift sail 1,500 miles to Hawaii using nothing but a clock and a sextant. 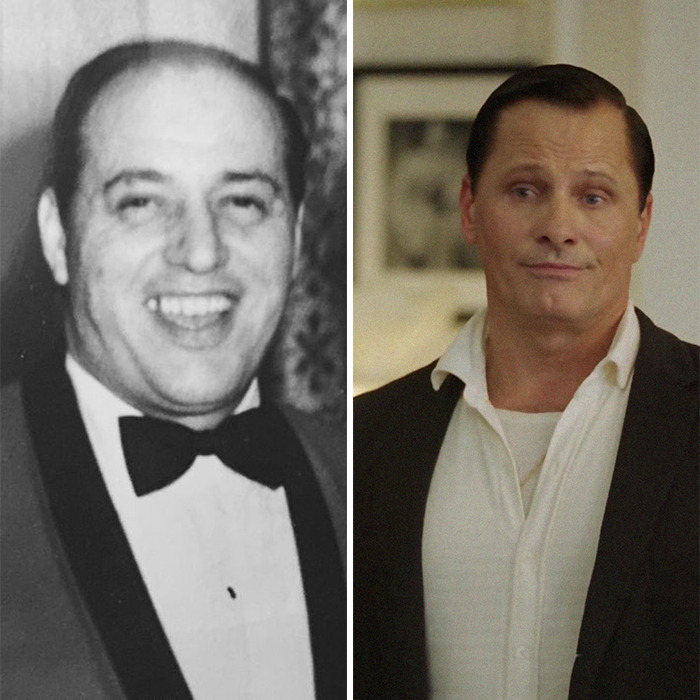 Frank “Tony Lip” Vallelonga was another character from the 2018 movie Green Book. He was Don Shirley’s driver and bodyguard on the musicians tour through the South. 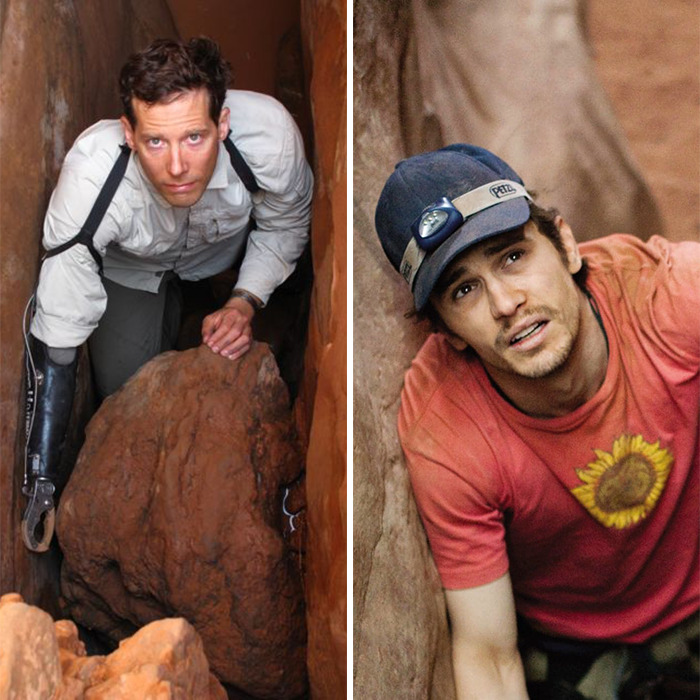 127 Hours tells the story of Aron Ralston who went canyoneering through Bluejohn Canyon back in 2003 and got his stuck after after a loose boulder crushed his right hand against the canyon wall. The man spent five days stuck in the canyon before eventually amputating his stuck hand using nothing but the dull blade of a pocket knife.

#9 Hugh Glass Played By Leonardo Dicaprio In The Revenant (2015) 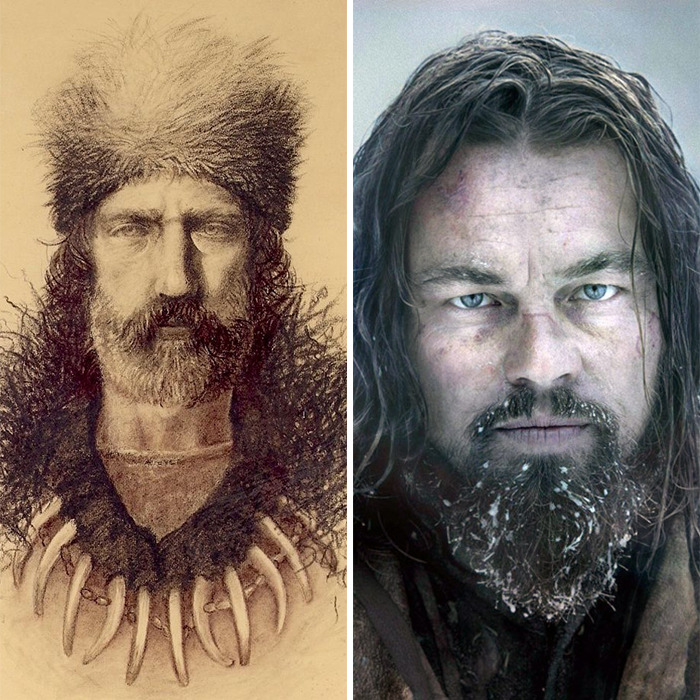 The Revenant (2015) tells the story of Hugh Glass, an American frontiersman who was left for dead by his companions after being mauled by a bear, and his 200–300 mile (322–483 km) trip to safety, all while being seriously injured. 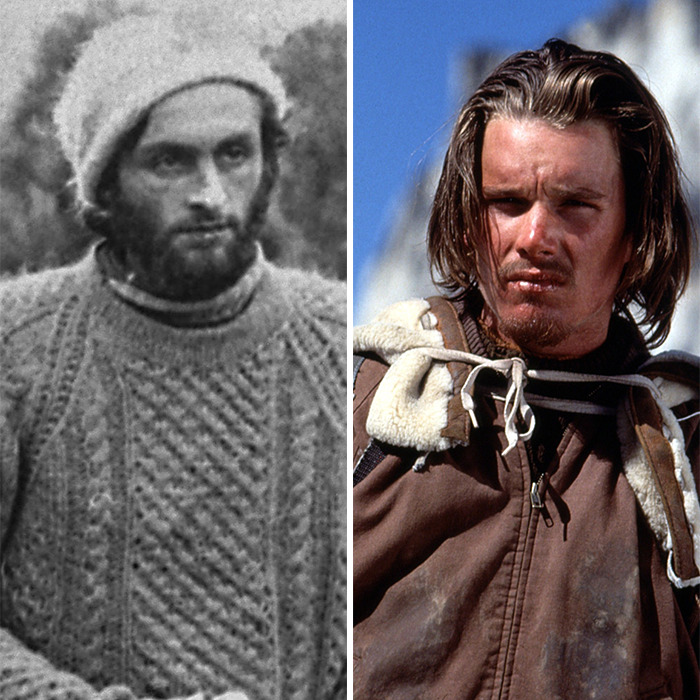 The 1993 movie Alive follows Fernando “Nando” Seler Parrado Dolgay and the other survivors of the Uruguayan Air Force Flight 571 plane crash in the Andes. The survivors spent two months in the mountains awaiting rescue, even consuming the deceased victims to survive. Parrado, along with another volunteer, eventually set out on a 10-day trek through the mountains to seek help.