10AM Lofts: A Multi-faceted Creative Destination in Downtown Athens. 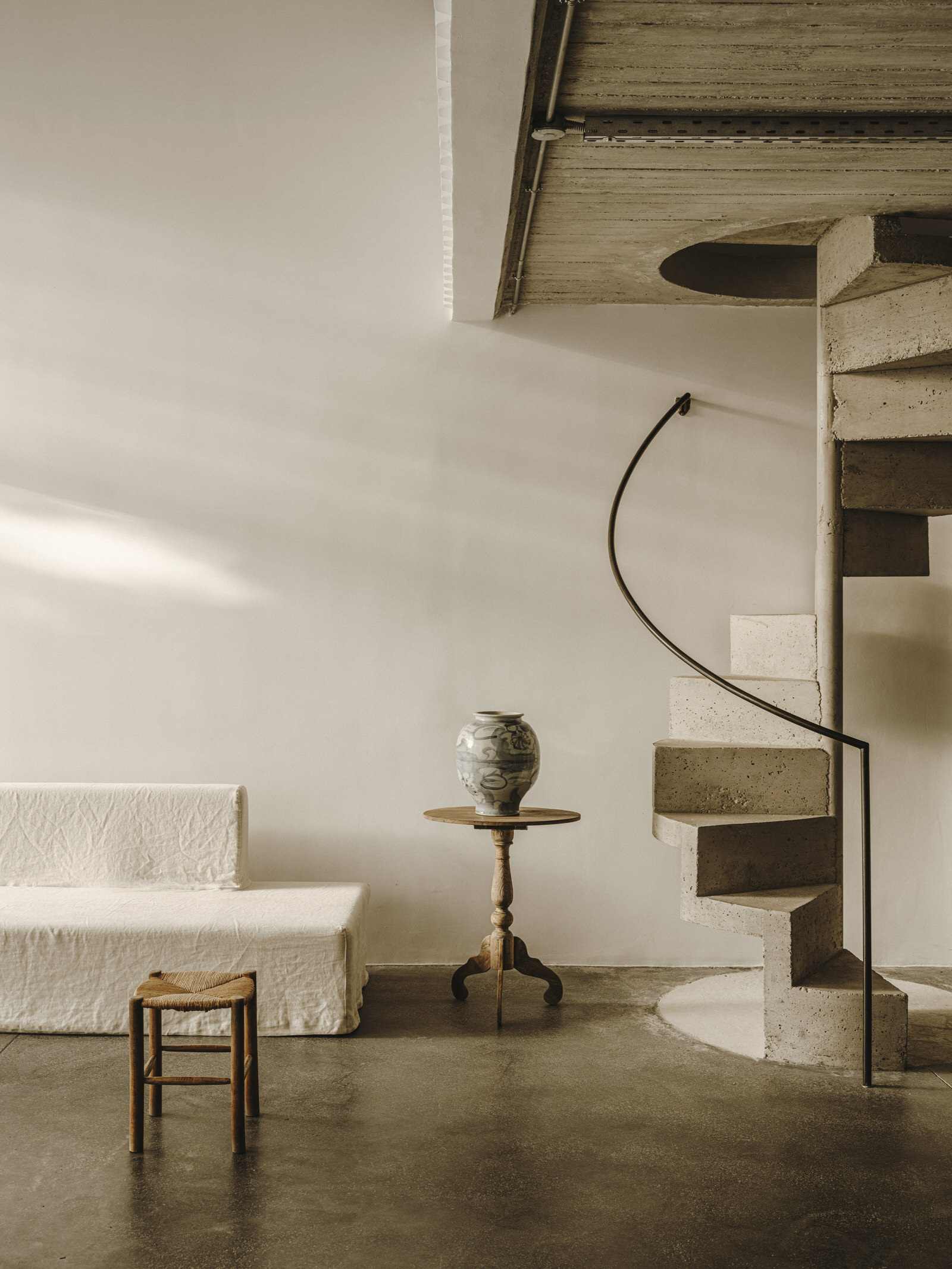 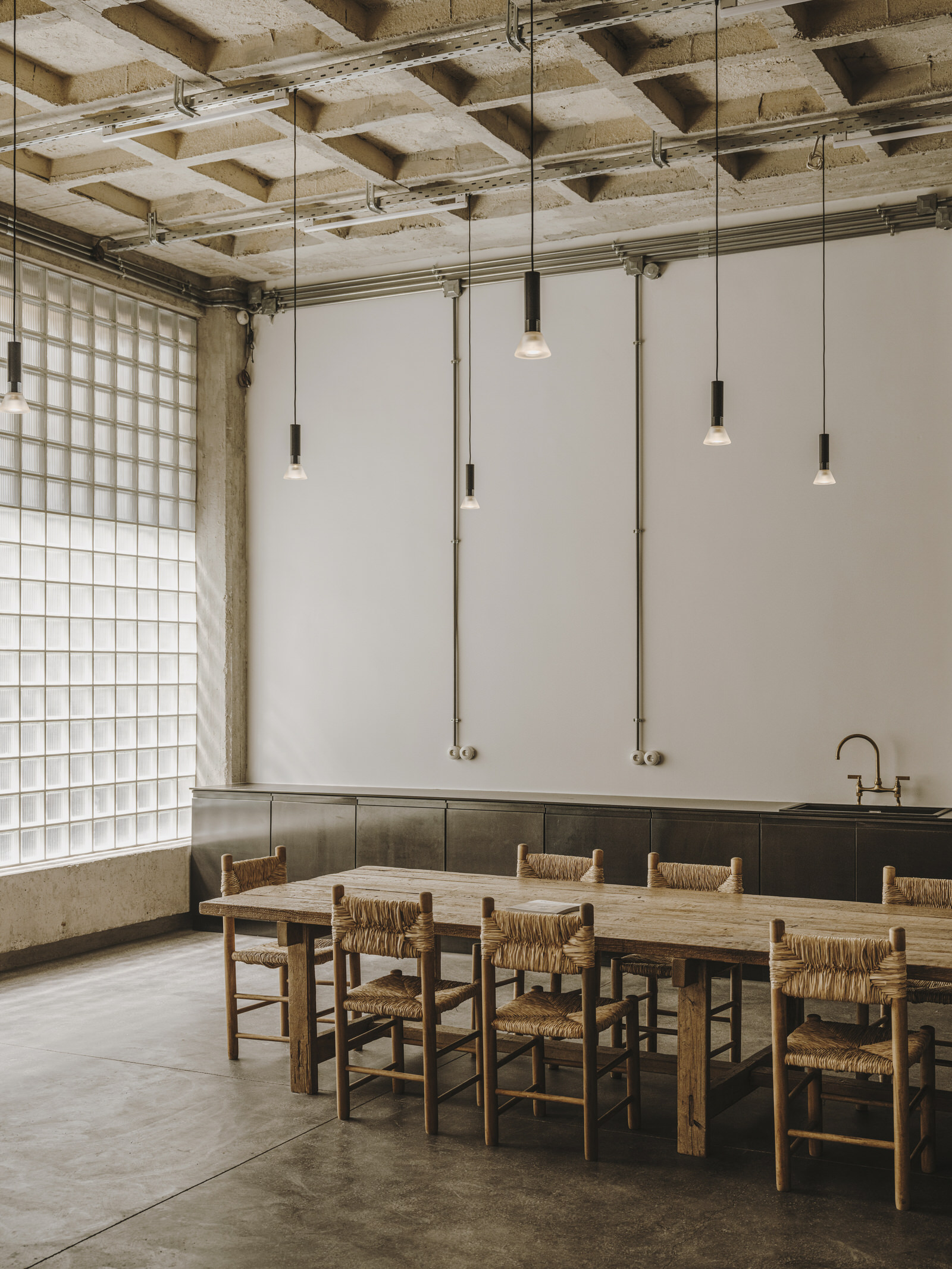 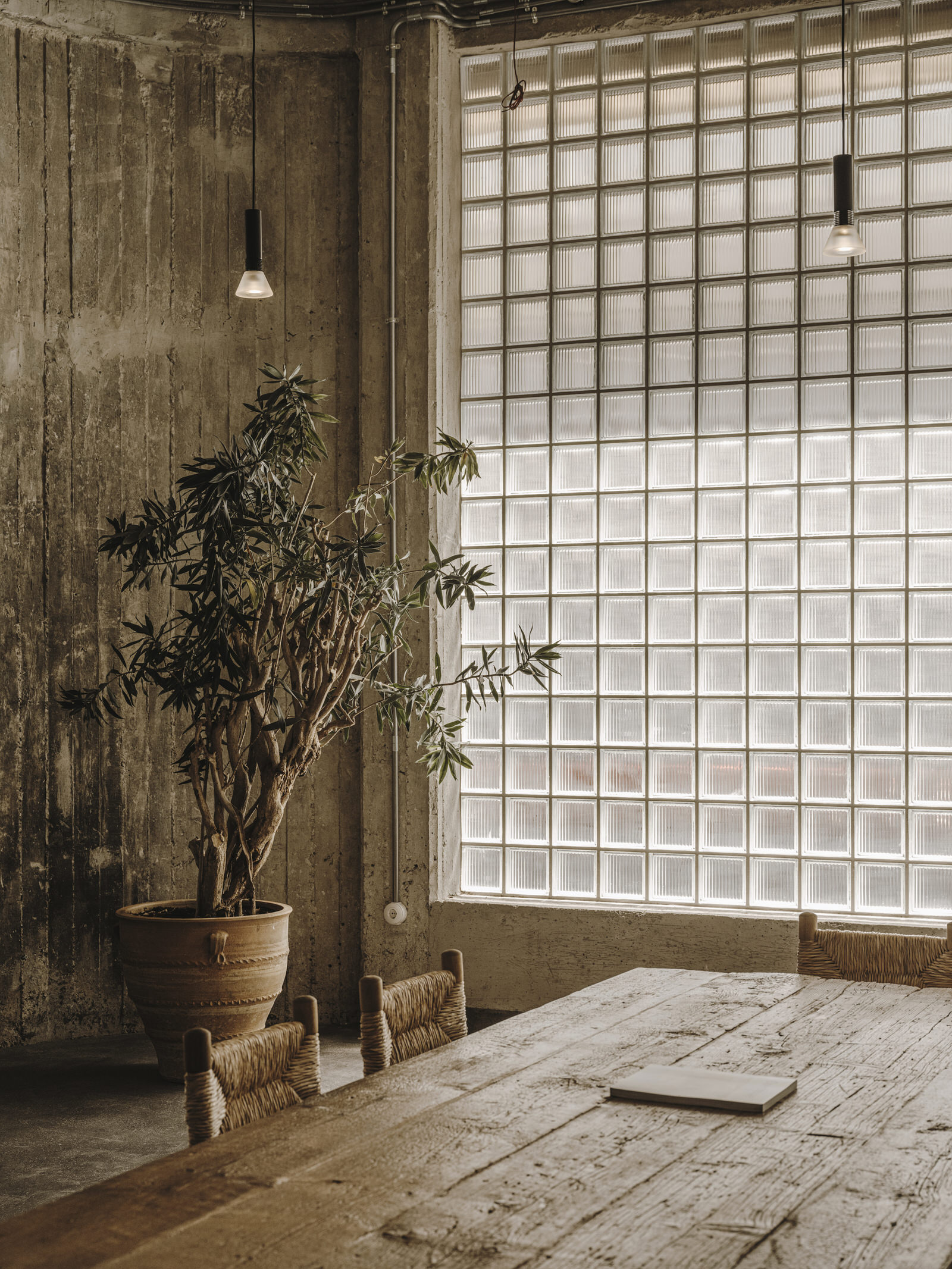 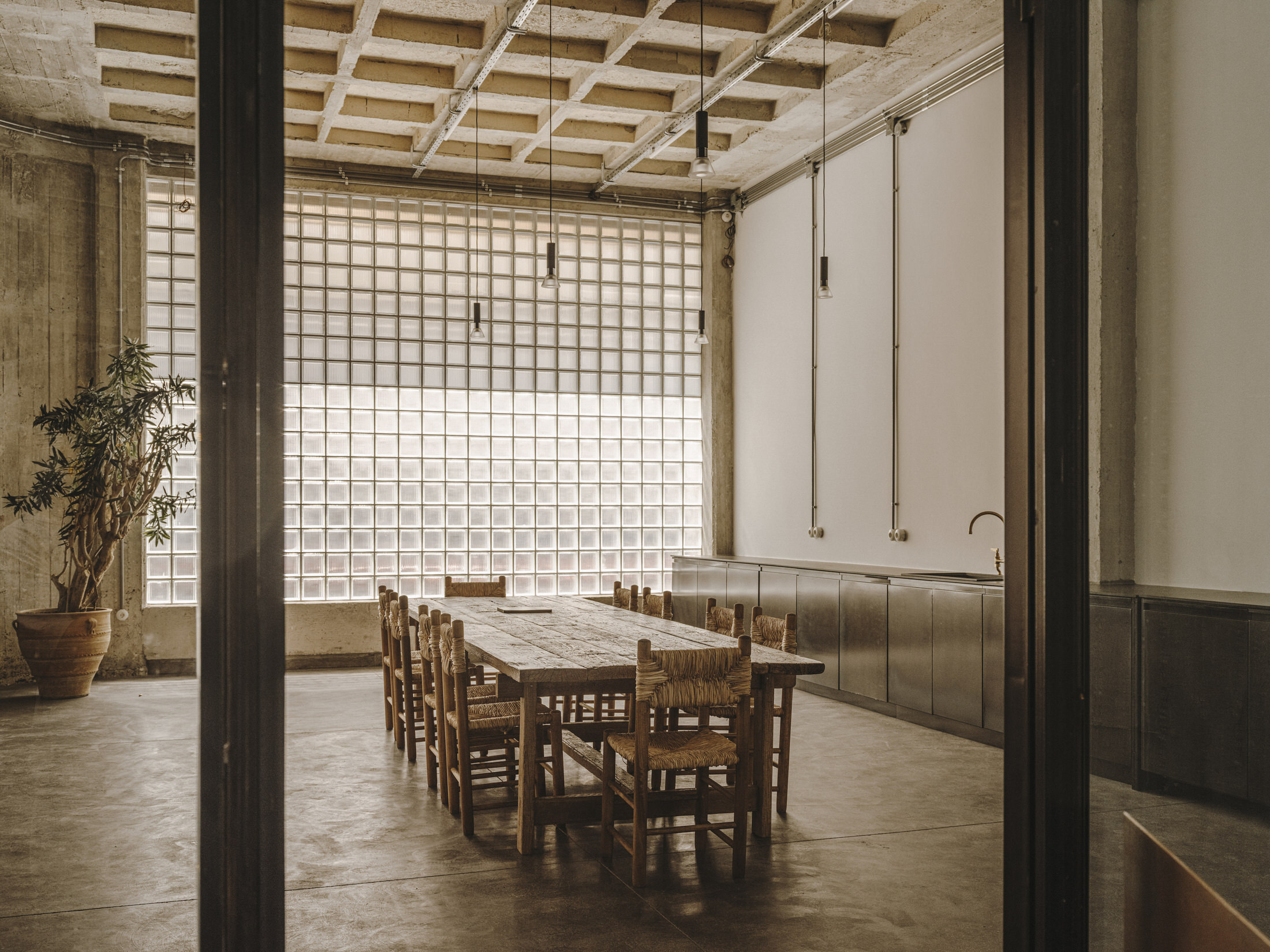 Five years ago, Eva Papadaki chanced upon a rarity—four apartments, one on top of the other, in a 1970s former industrial warehouse—all available for sale. Immediately, the -based designer spotted an opportunity: To turn the apartments into creative boltholes, to be used as photography studios, film locations, event spaces or creative offices—either as individual units, or together as a whole.

Recognising that it would take a village, Eva swiftly roped in two other design talents—Andrew Trotter of and Eleni Ioannidou of , to help overhaul the properties. They christened their new project .

In taking the apartments from drab to fab, the trio stripped the shells down to a bare minimum. Then, they opened up the central patio to connect the basement to the ground floor by way of a corten steel sculptural staircase. A new concrete floor was laid, new windows were conjured up, and glass bricks were added to the facade.

“All the original concrete was left raw, and we chose new elements that echoed the industrial feel. The curtains, sofas and antique furniture soften the aesthetic,” says Eva. 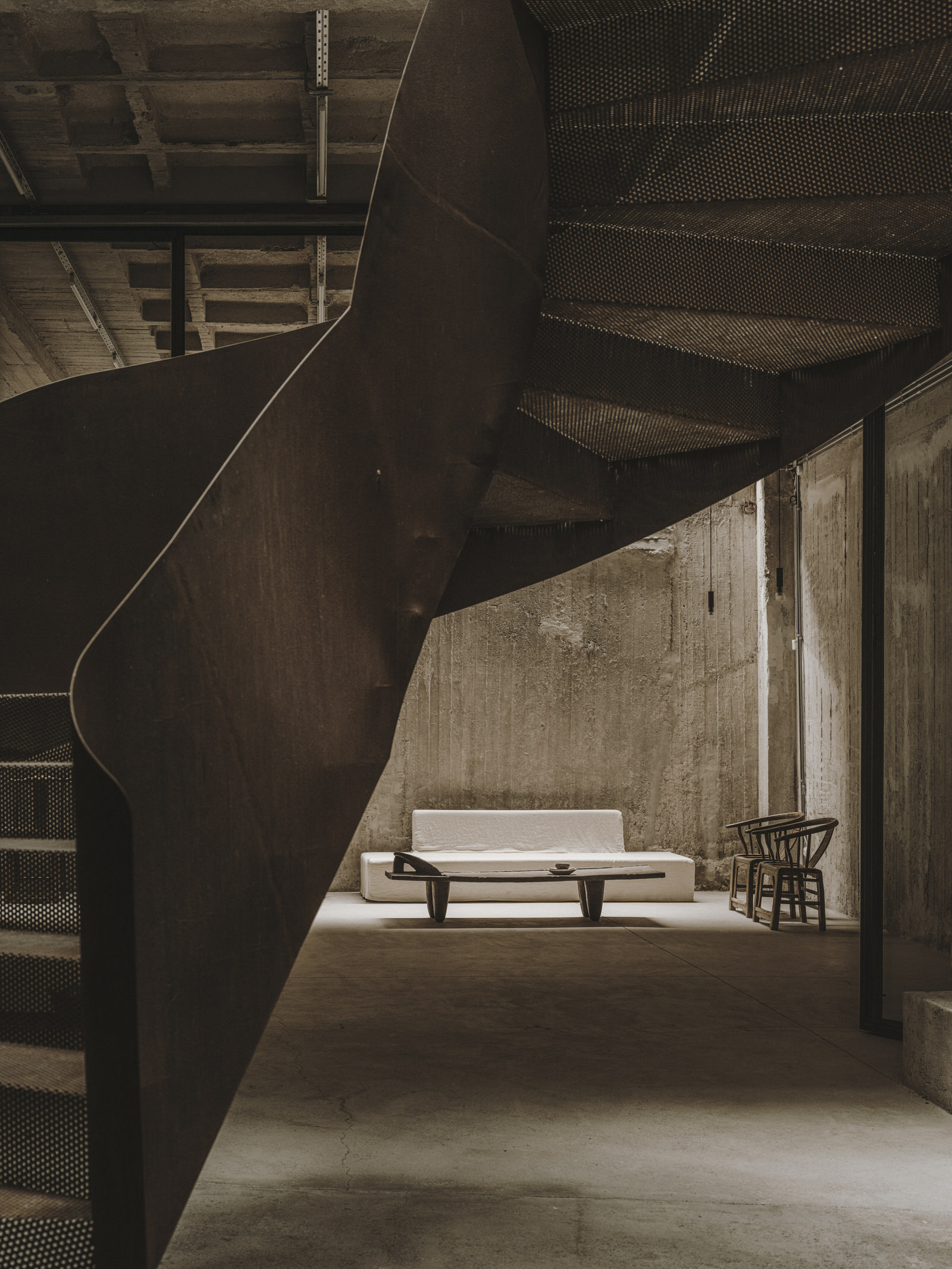 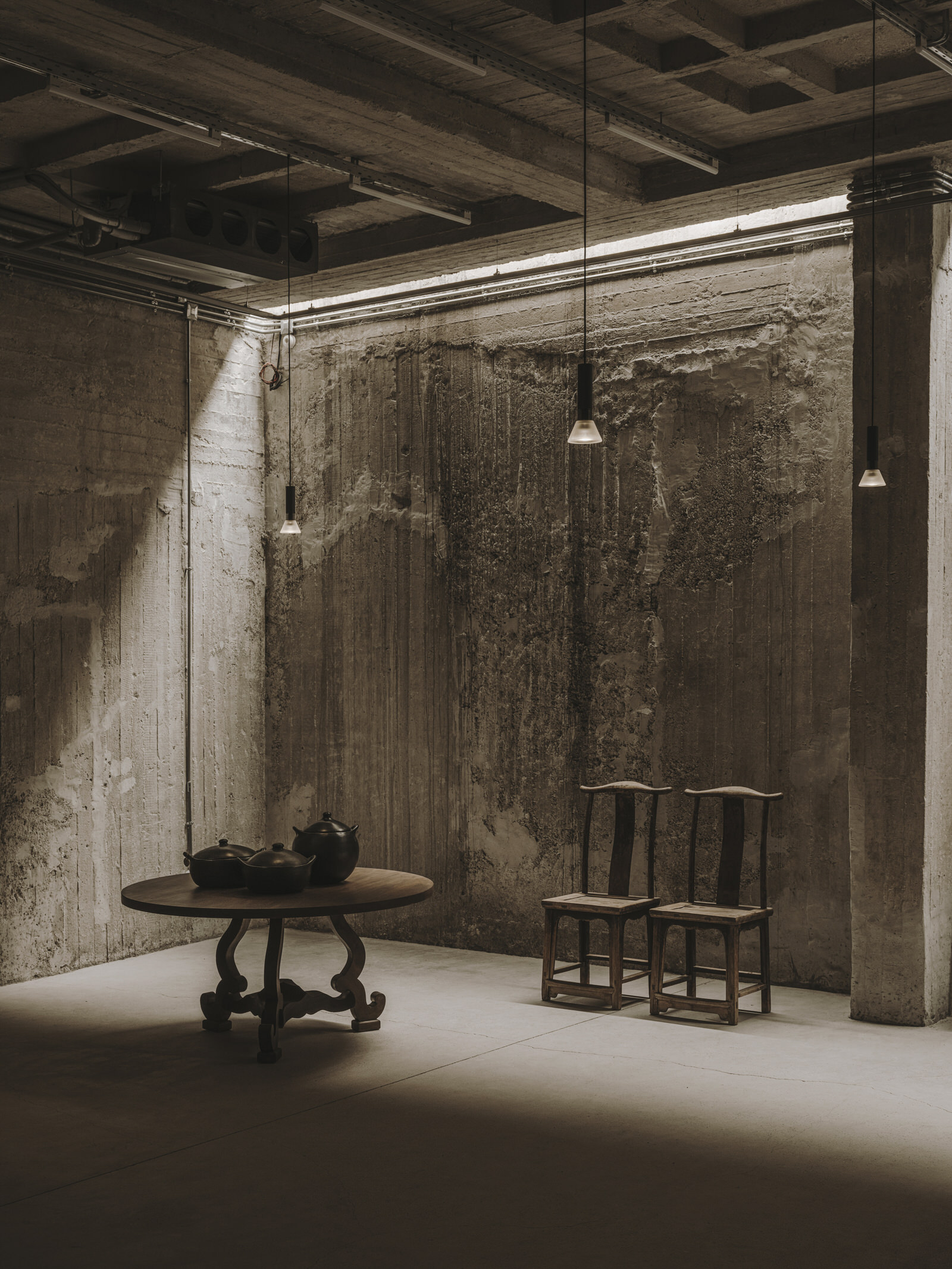 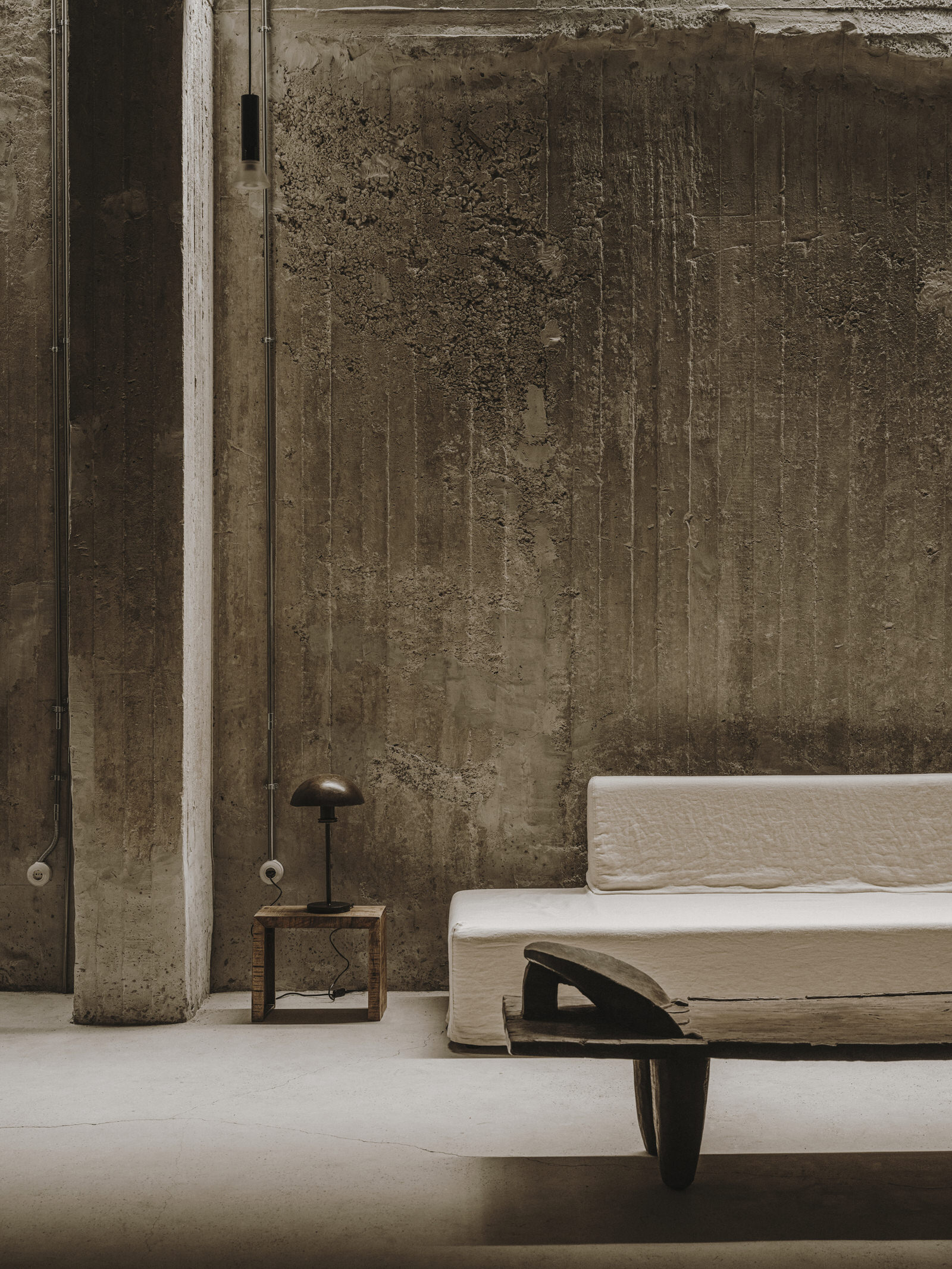 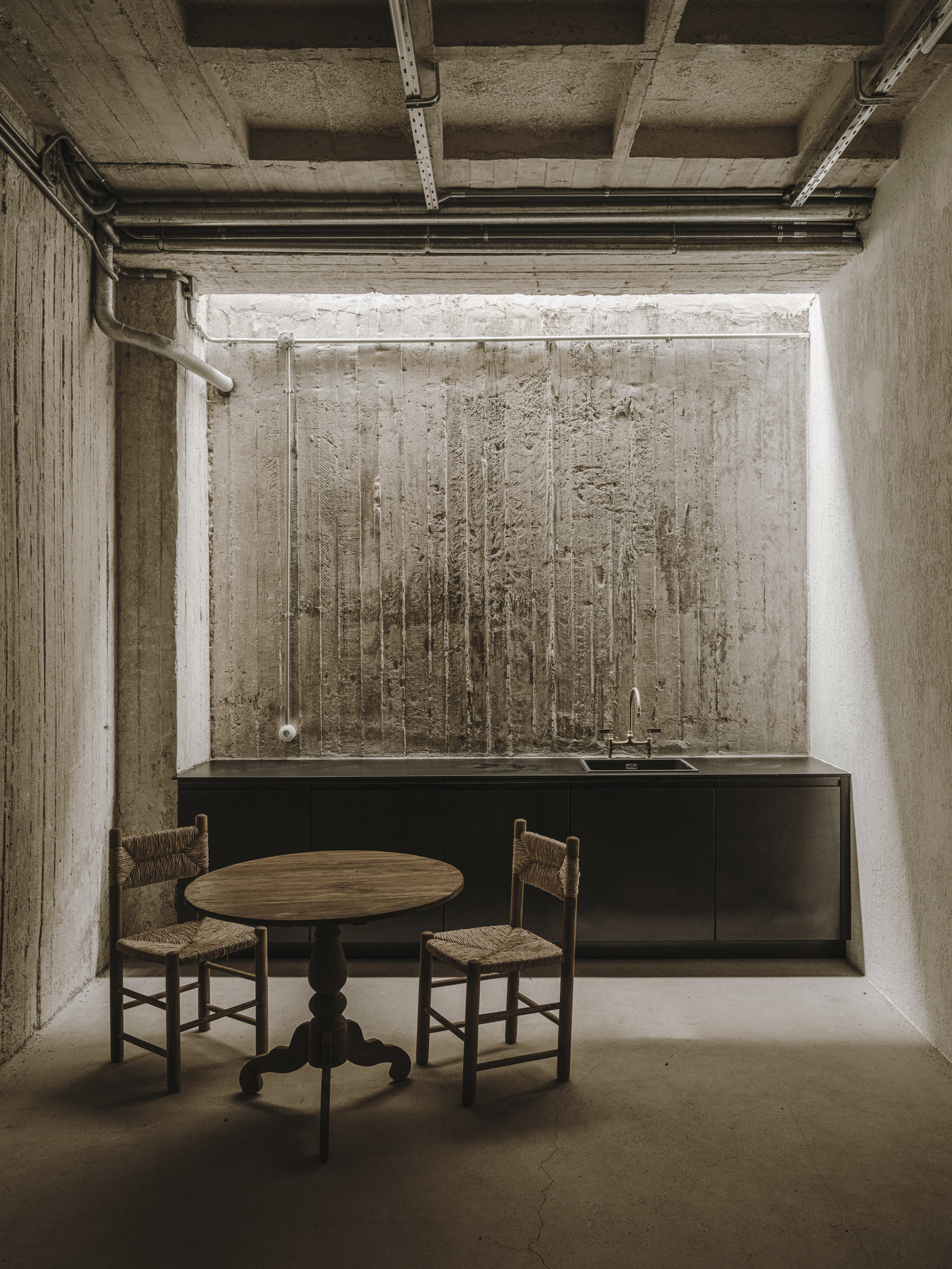 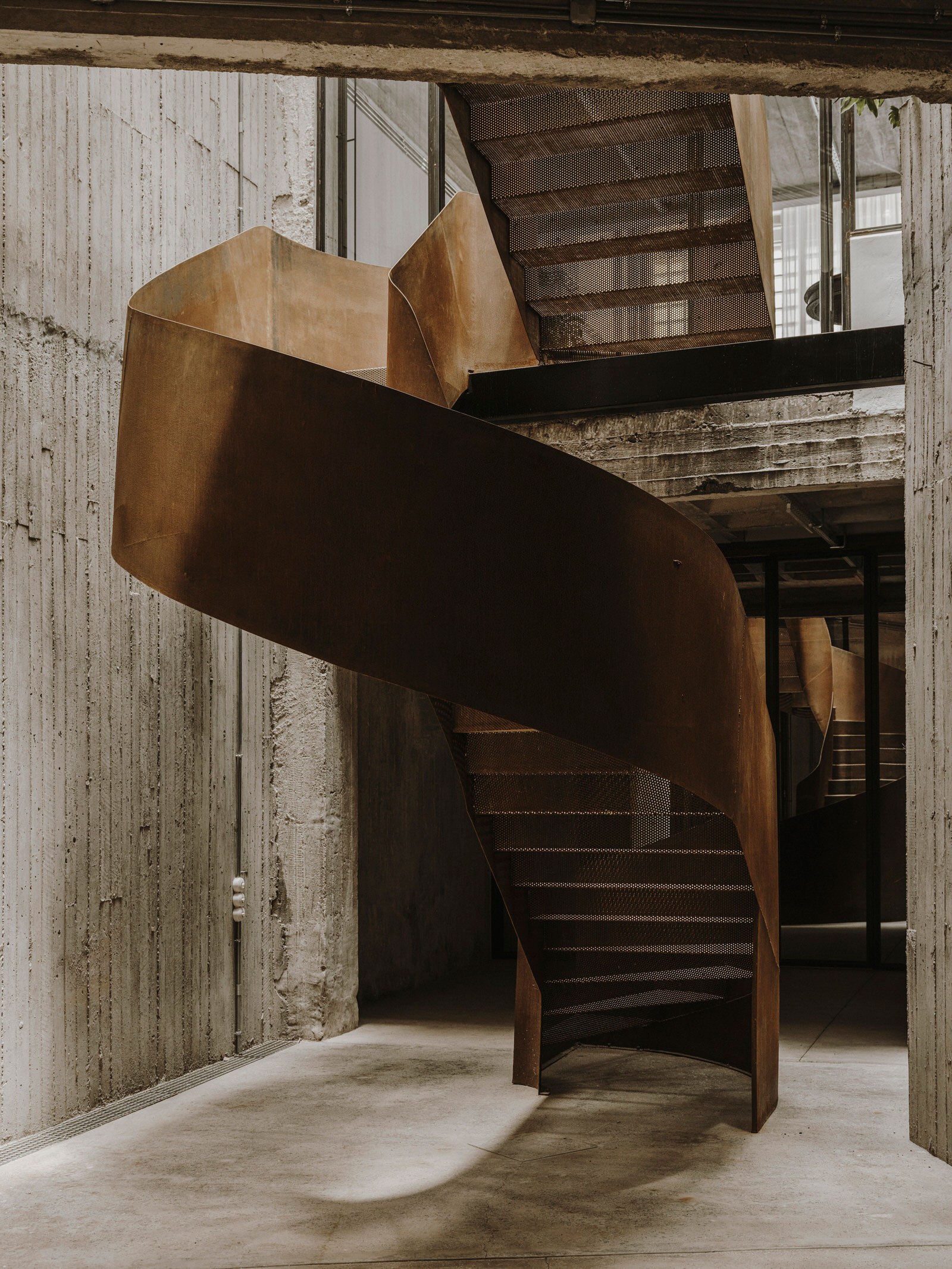 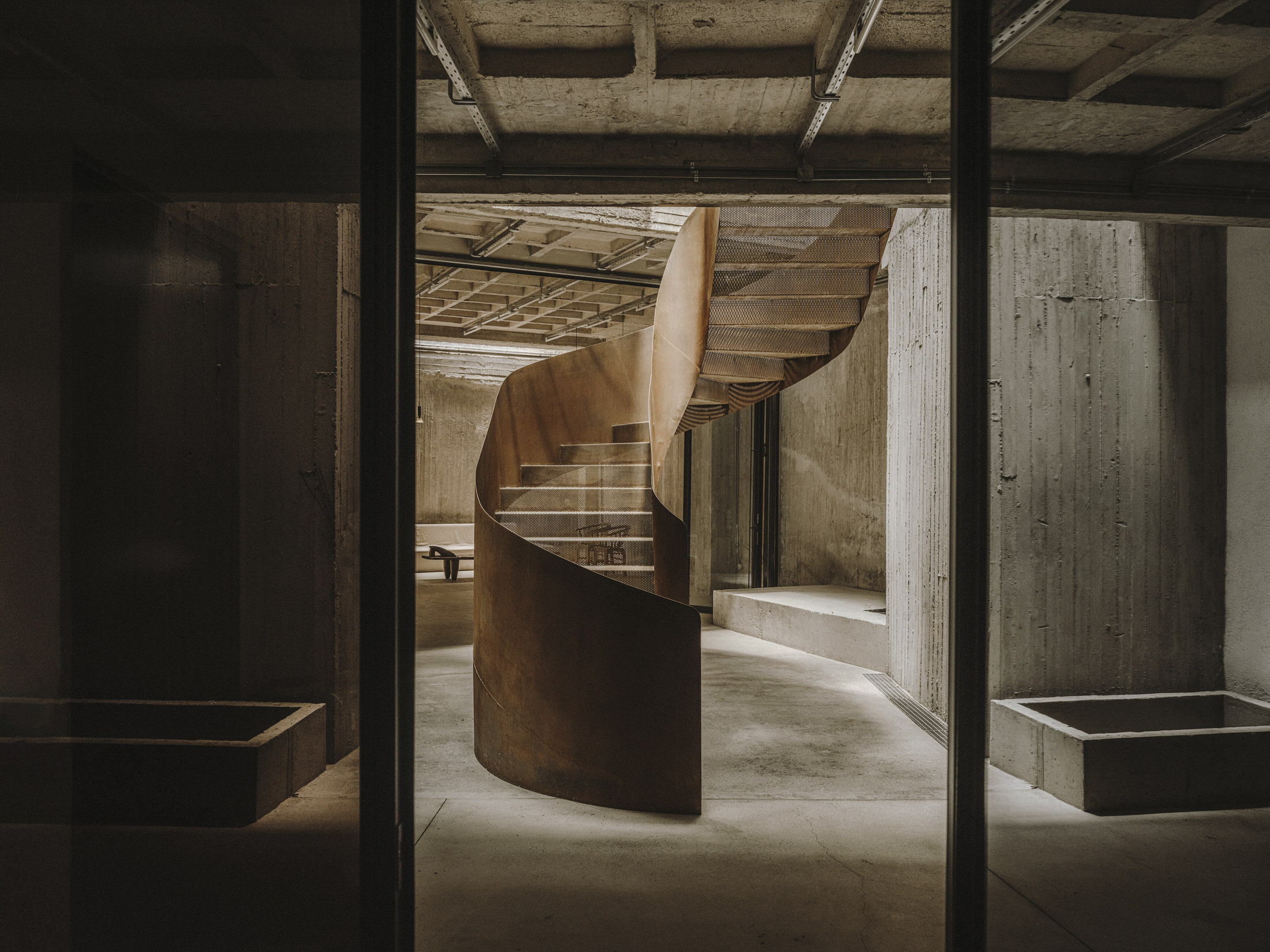 While the lower floor and entryway brim with white and light, the basement cuts a Stygian figure, with only hints of sunlight seeping in through the ceiling cracks. The rear houses a 7-metre kitchen with a one-part mobile counter. “It can be turned into a show kitchen by placing it in front of the other part,” shares Eleni.

On the lower floor, the living and dining areas exude an eclectic spirit. There’s a sofa and armchair by Blasco here, an alabaster lamp by Jordi Veciana there. Lighting by Contain casts golden haloes by sundown, while Charlotte Perriand chairs are a picture of classic elegance.

The floor also plays host to a study that doubles as a second bedroom. As we move further along, the designers open a door to reveal a bathroom where windows gloriously stand in for walls. “It’s like a private bathing experience before the Acropolis,” muses Eva. 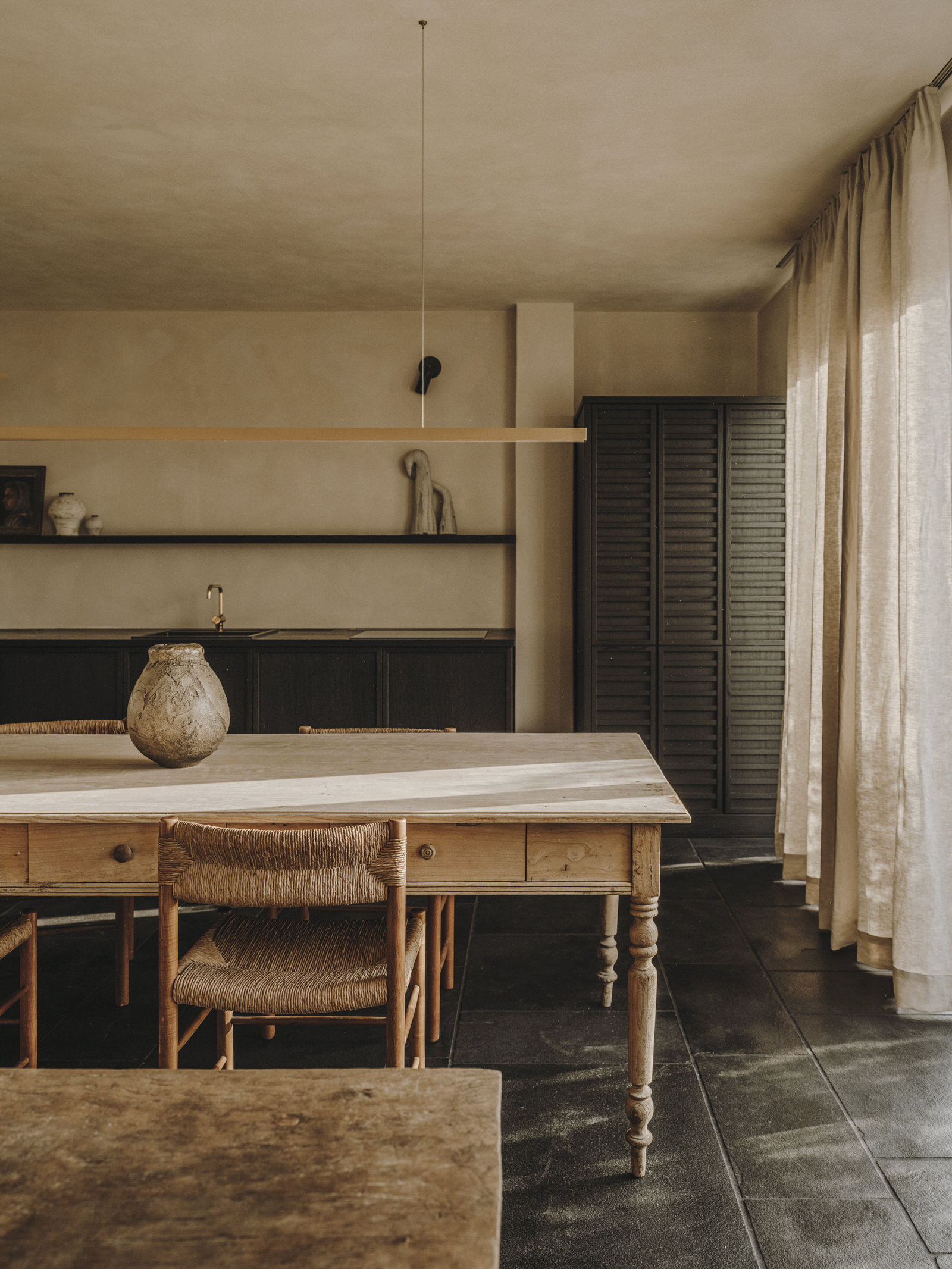 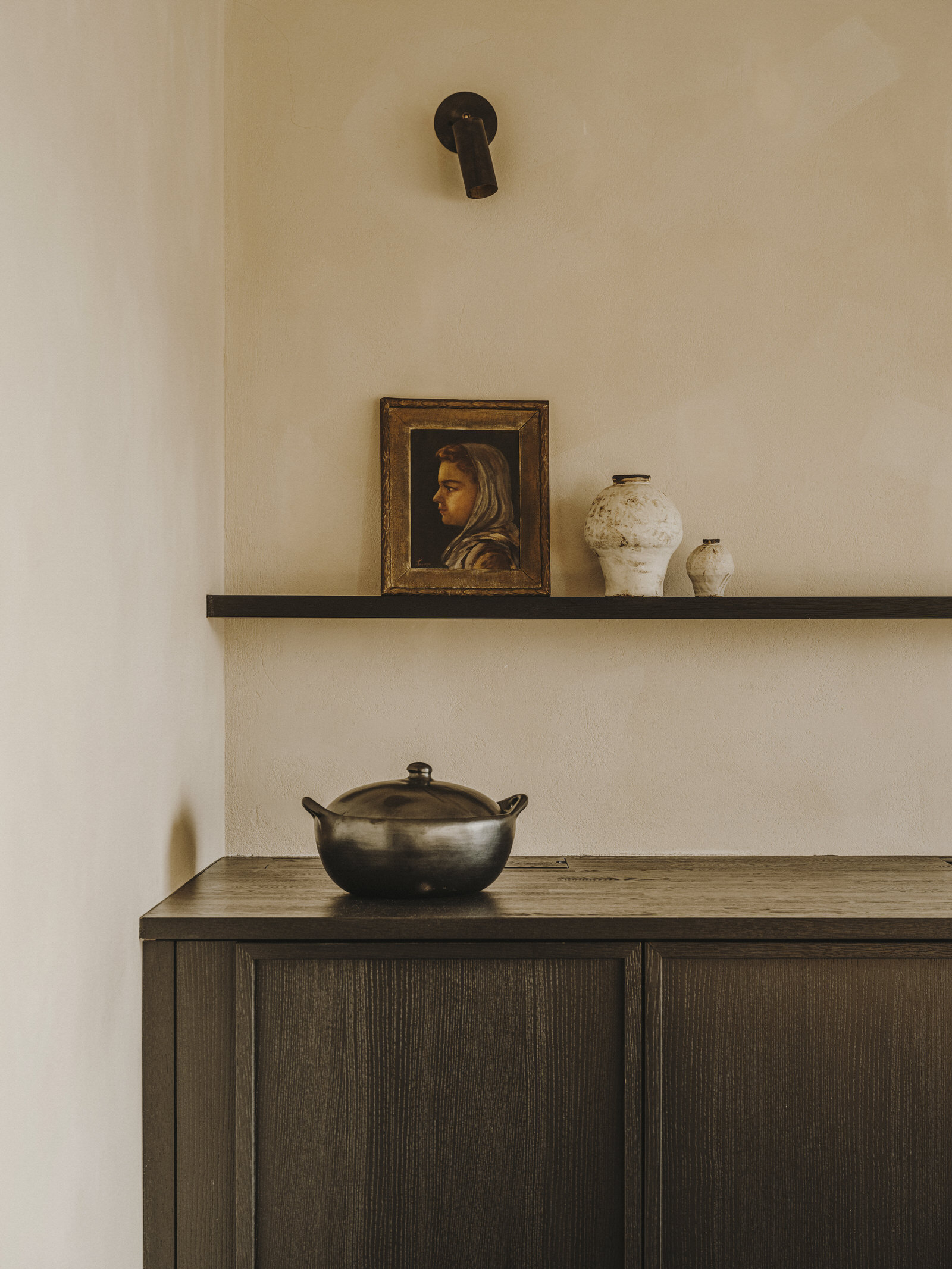 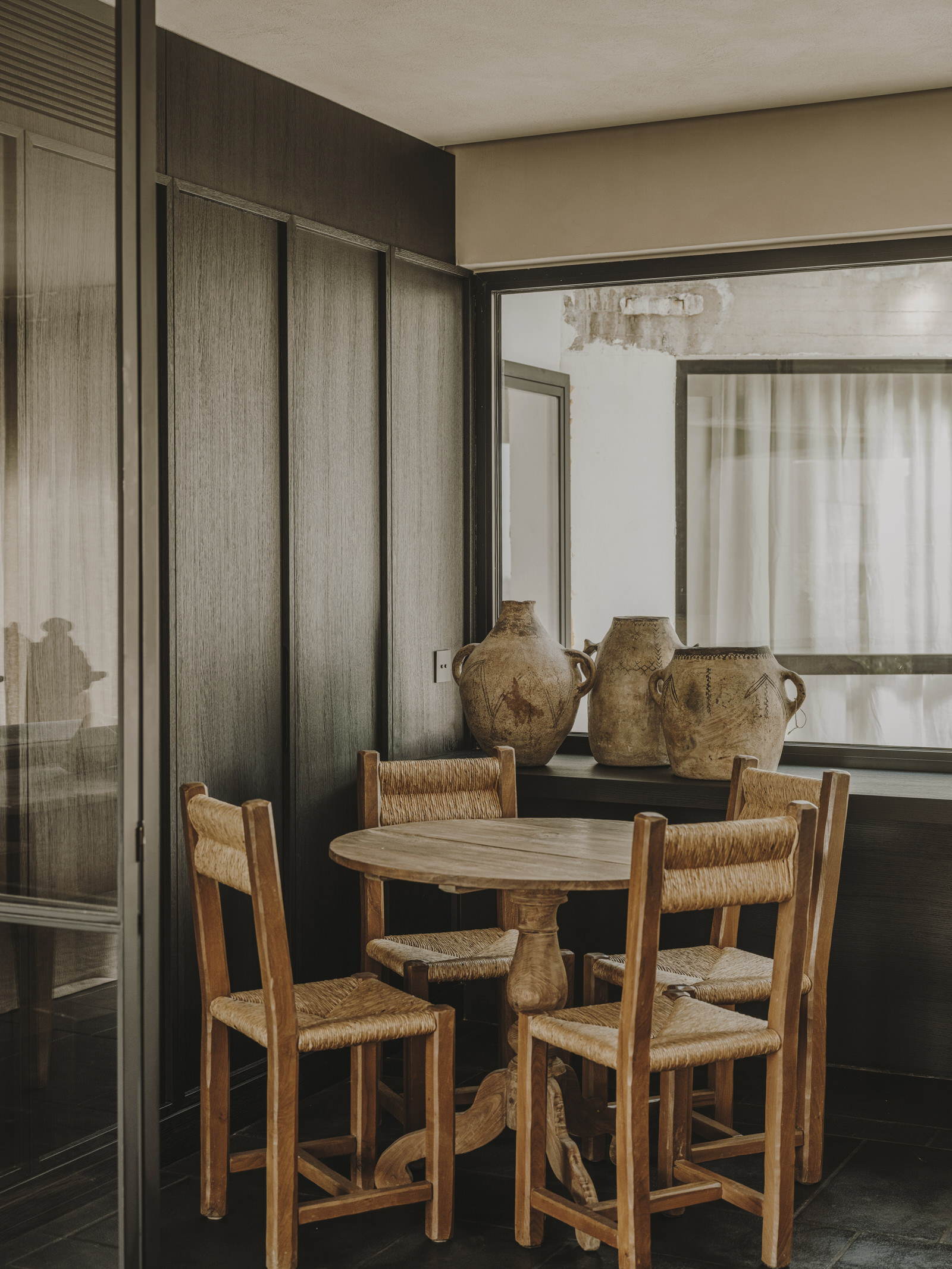 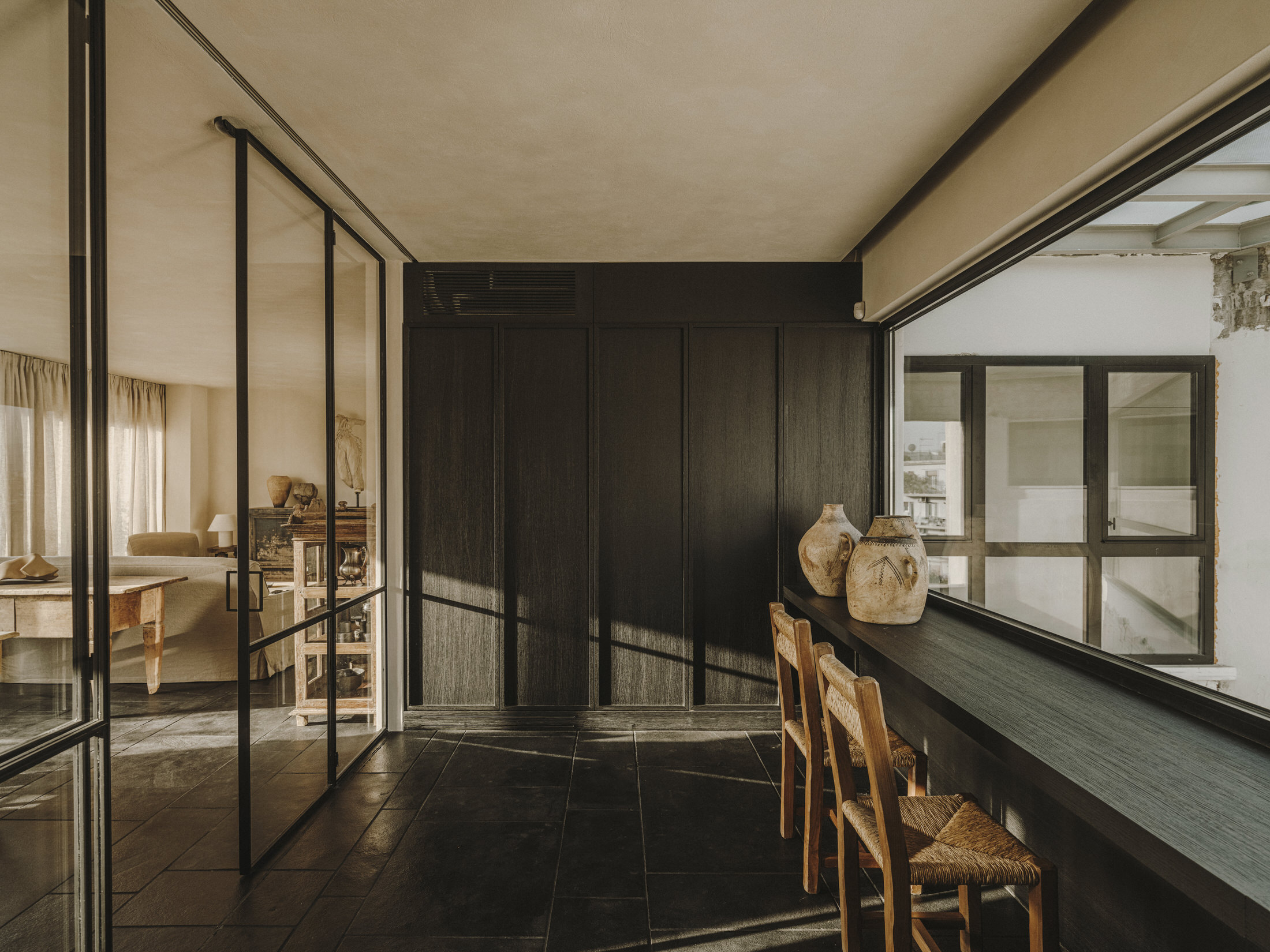 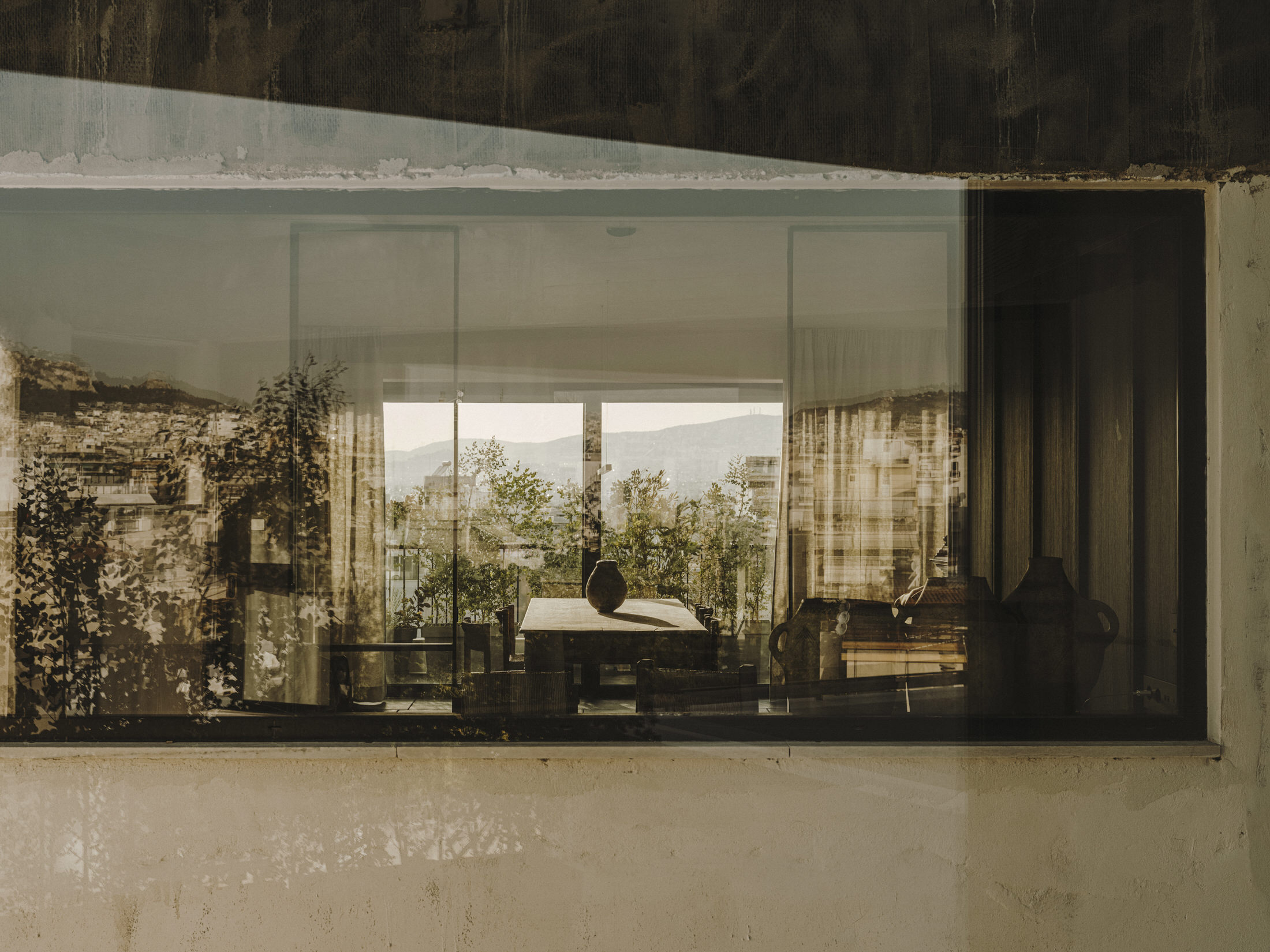 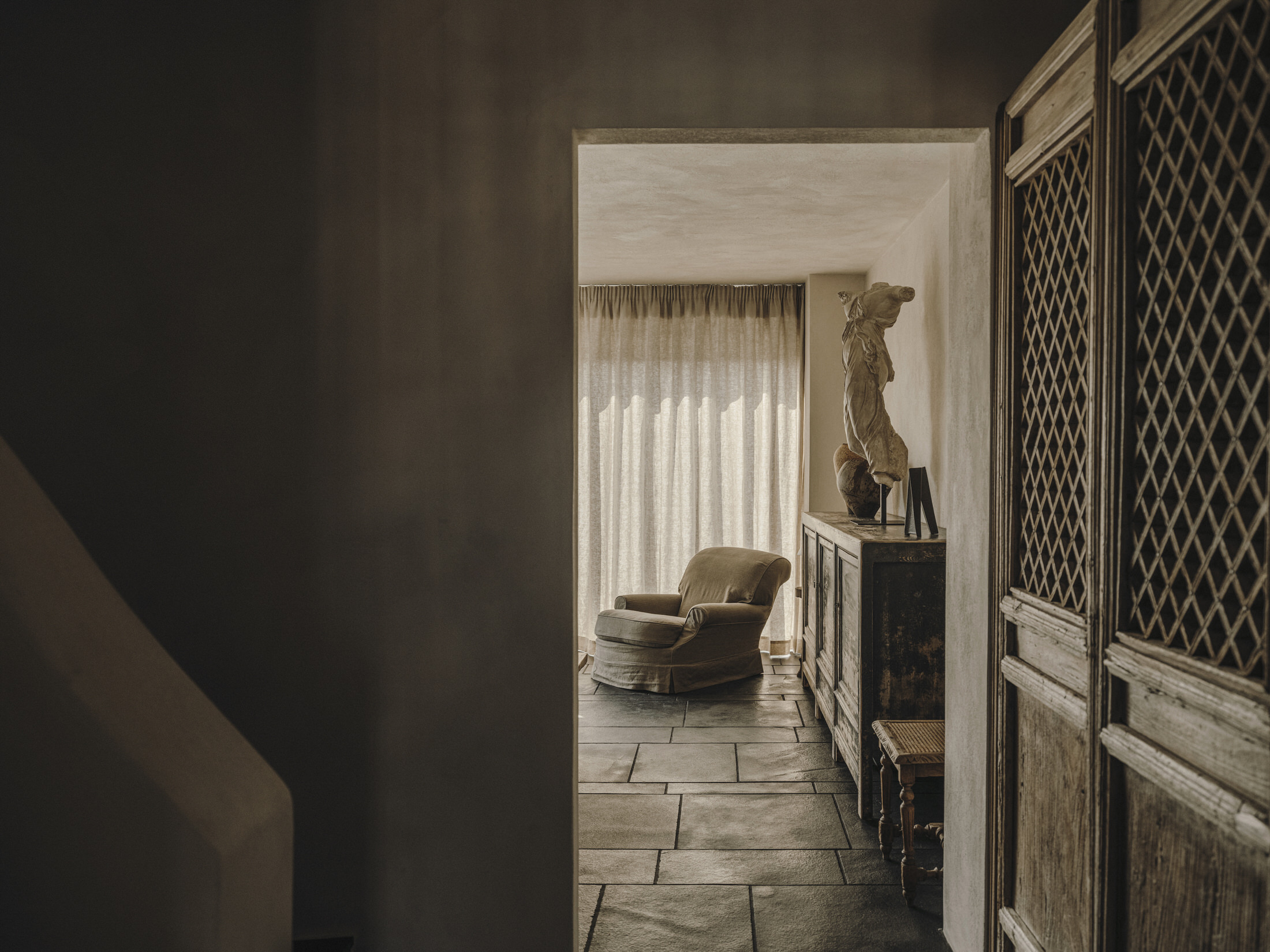 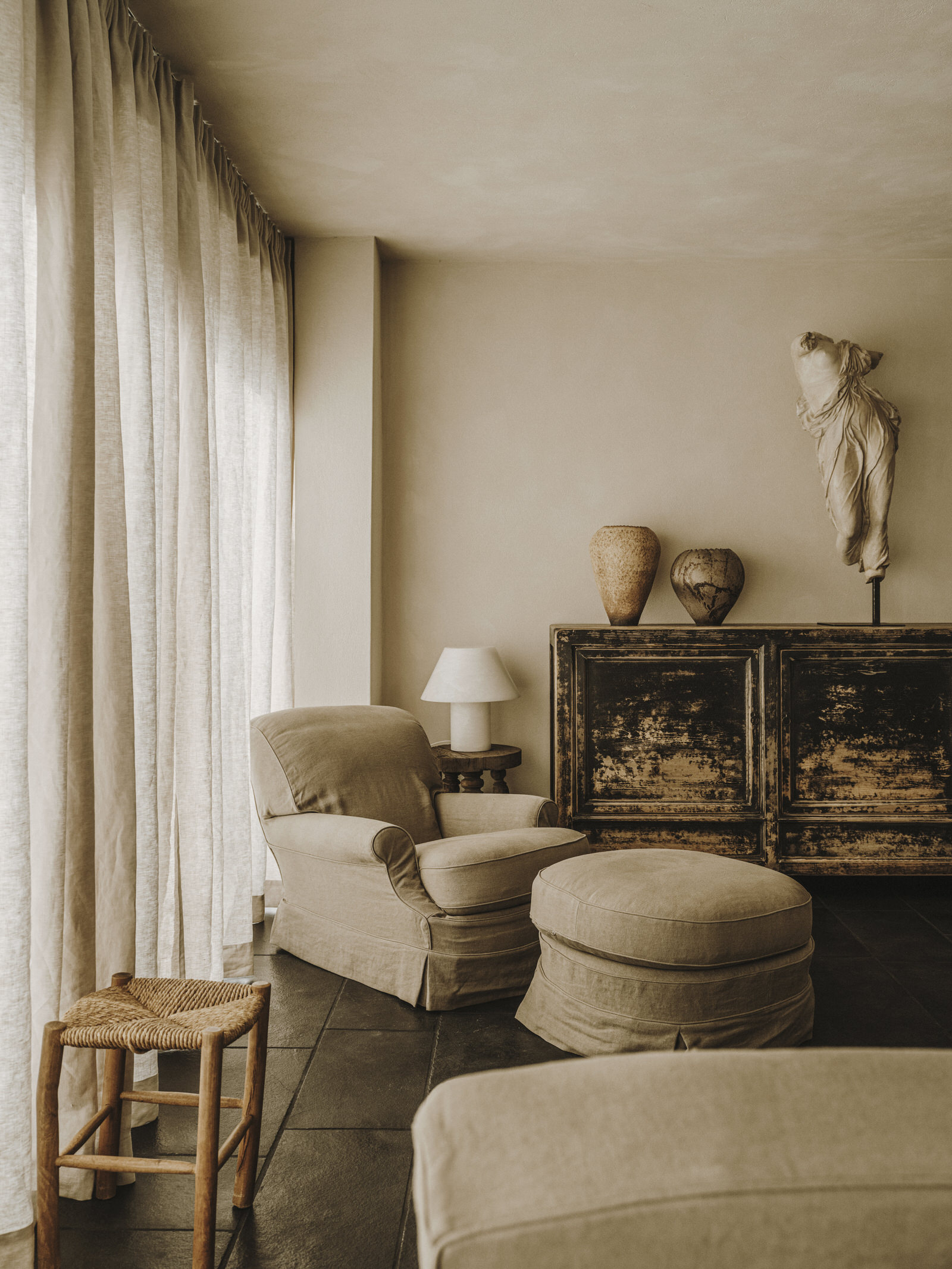 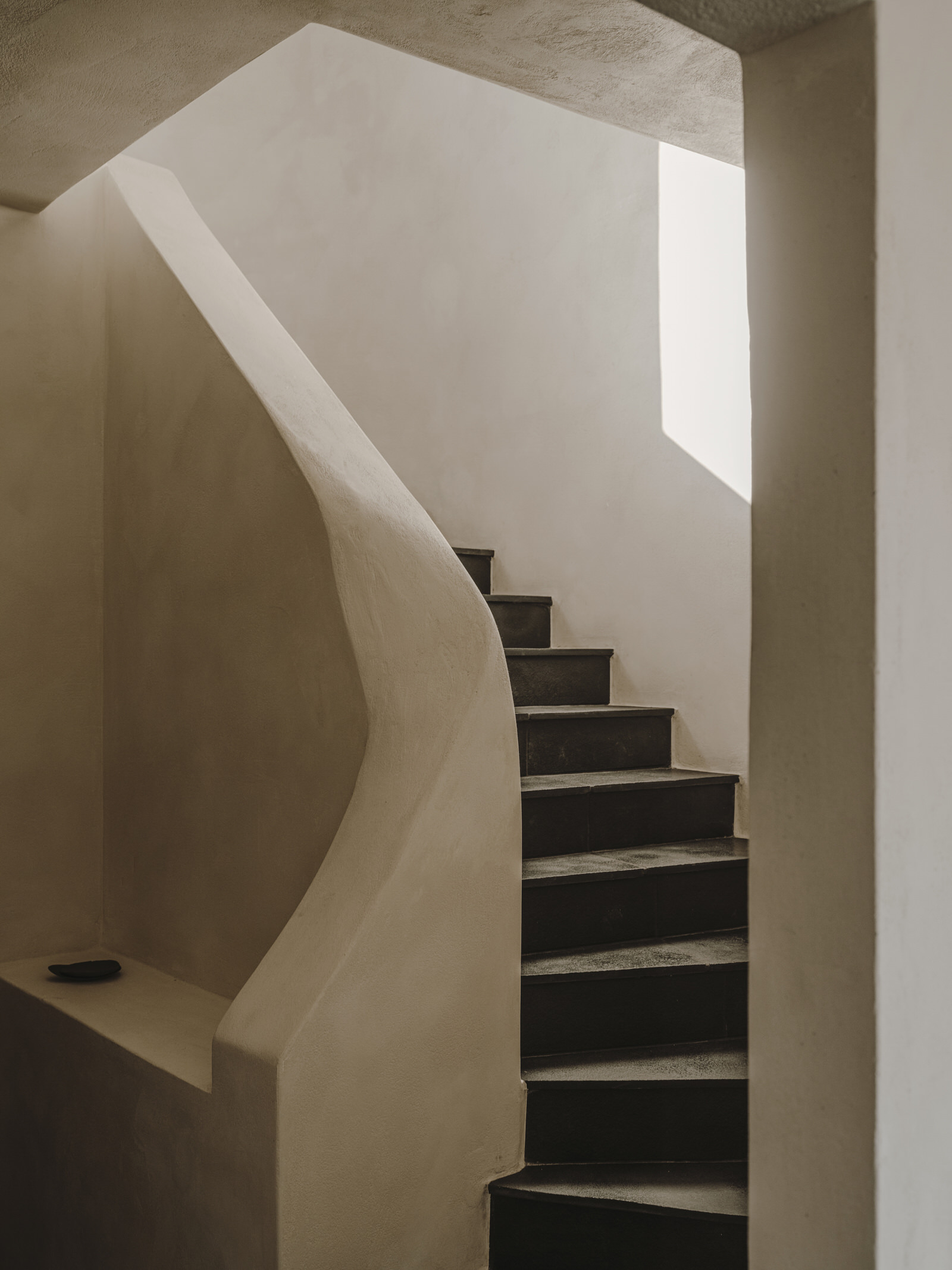 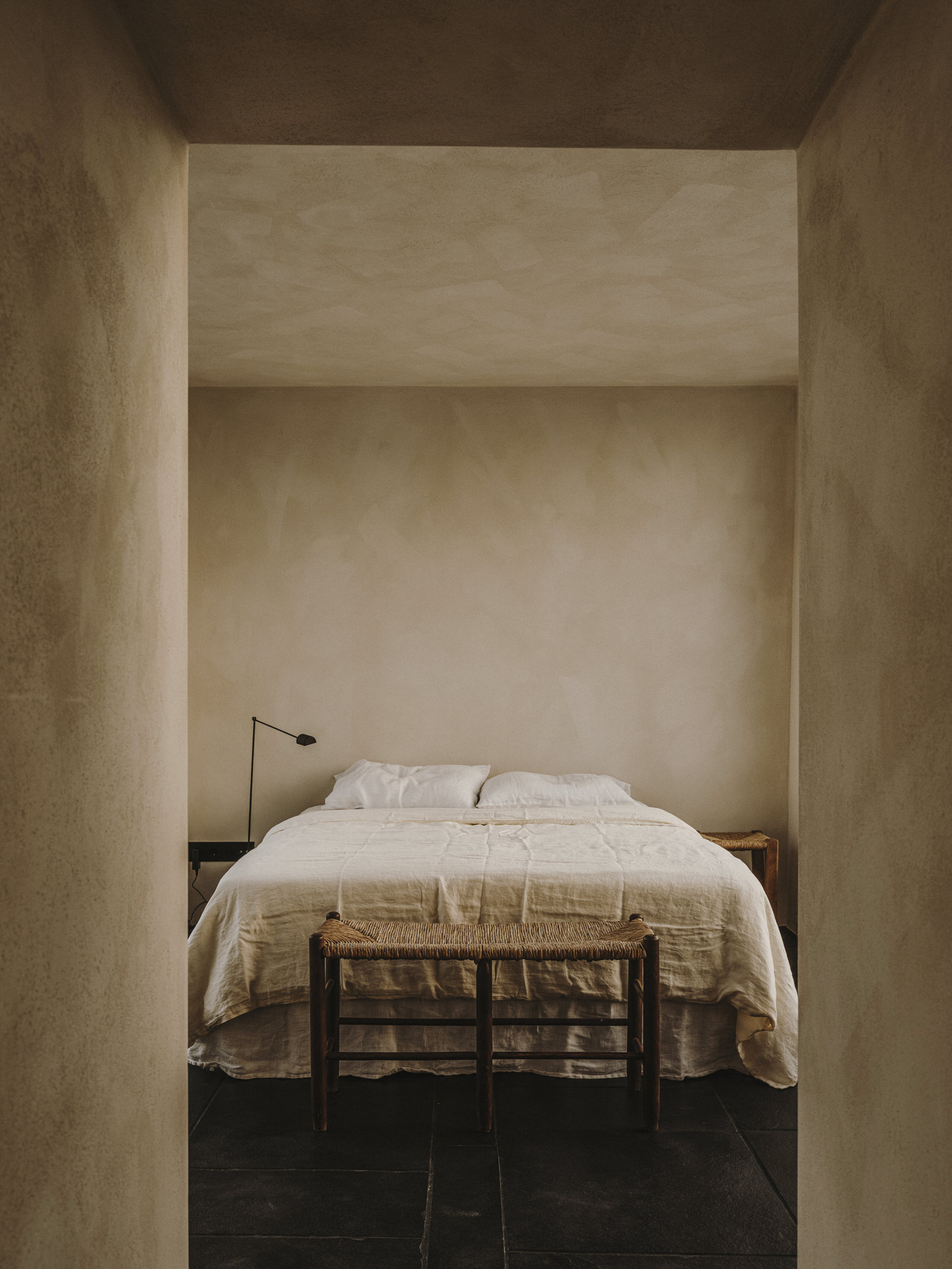 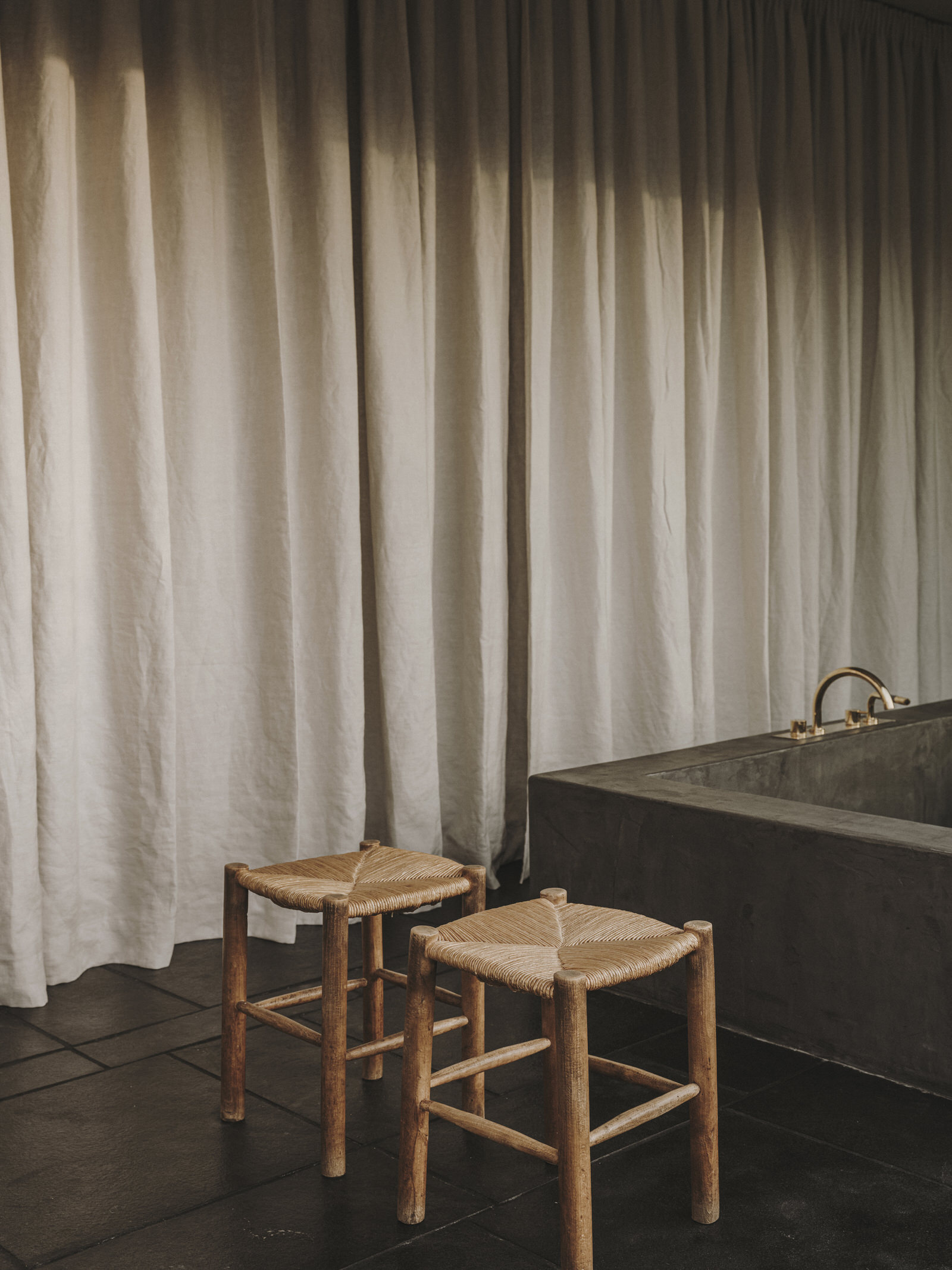 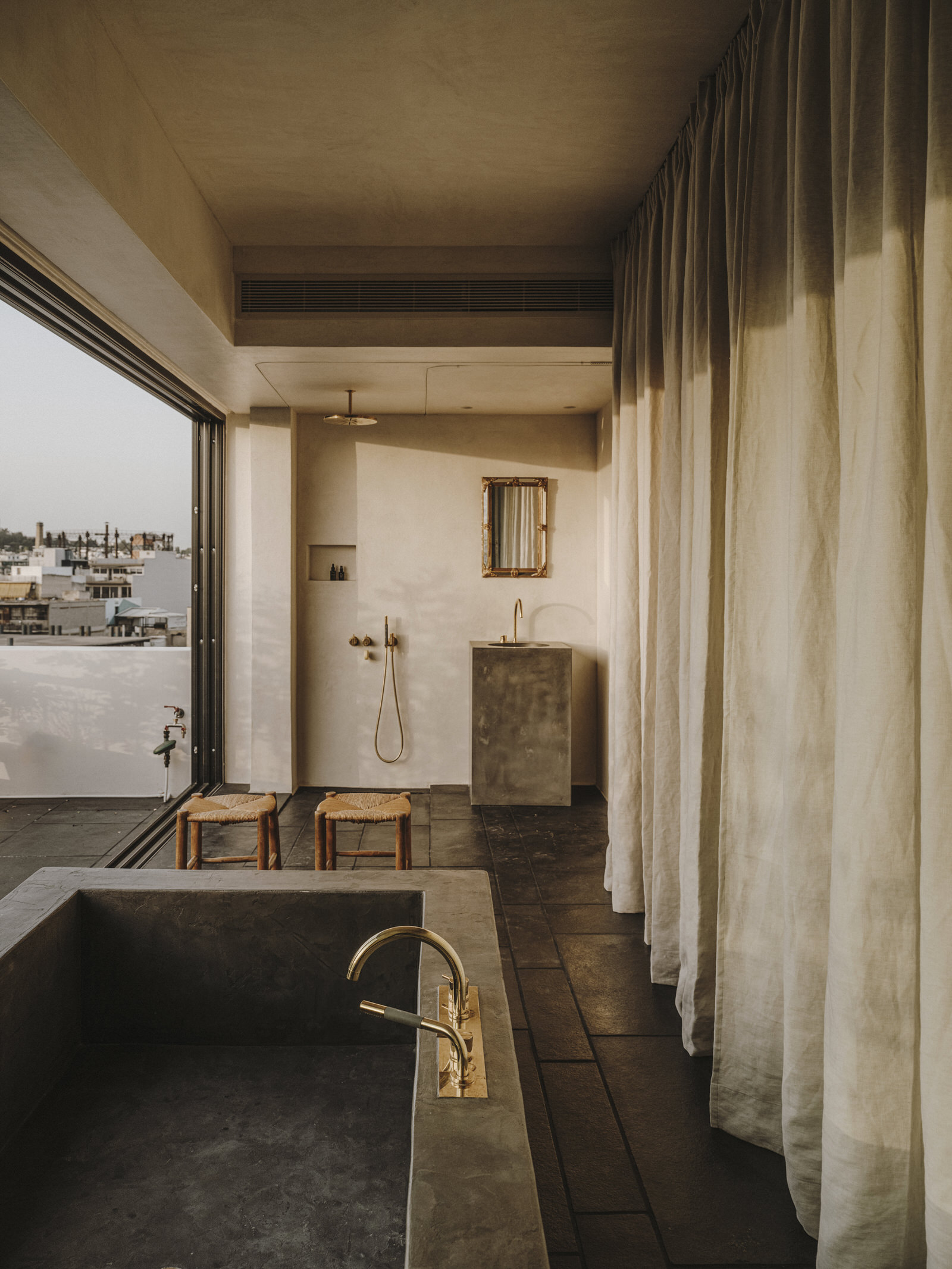 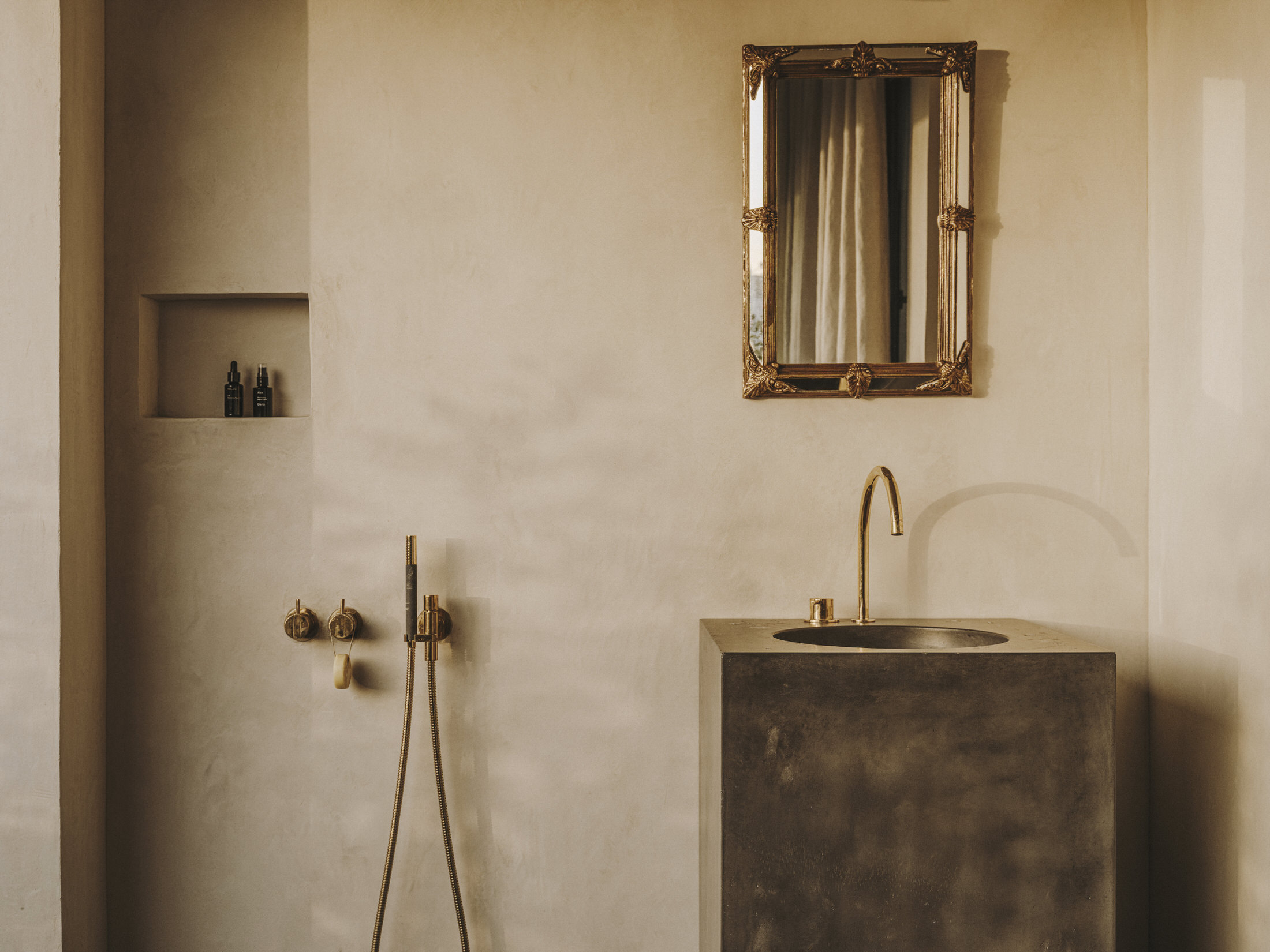 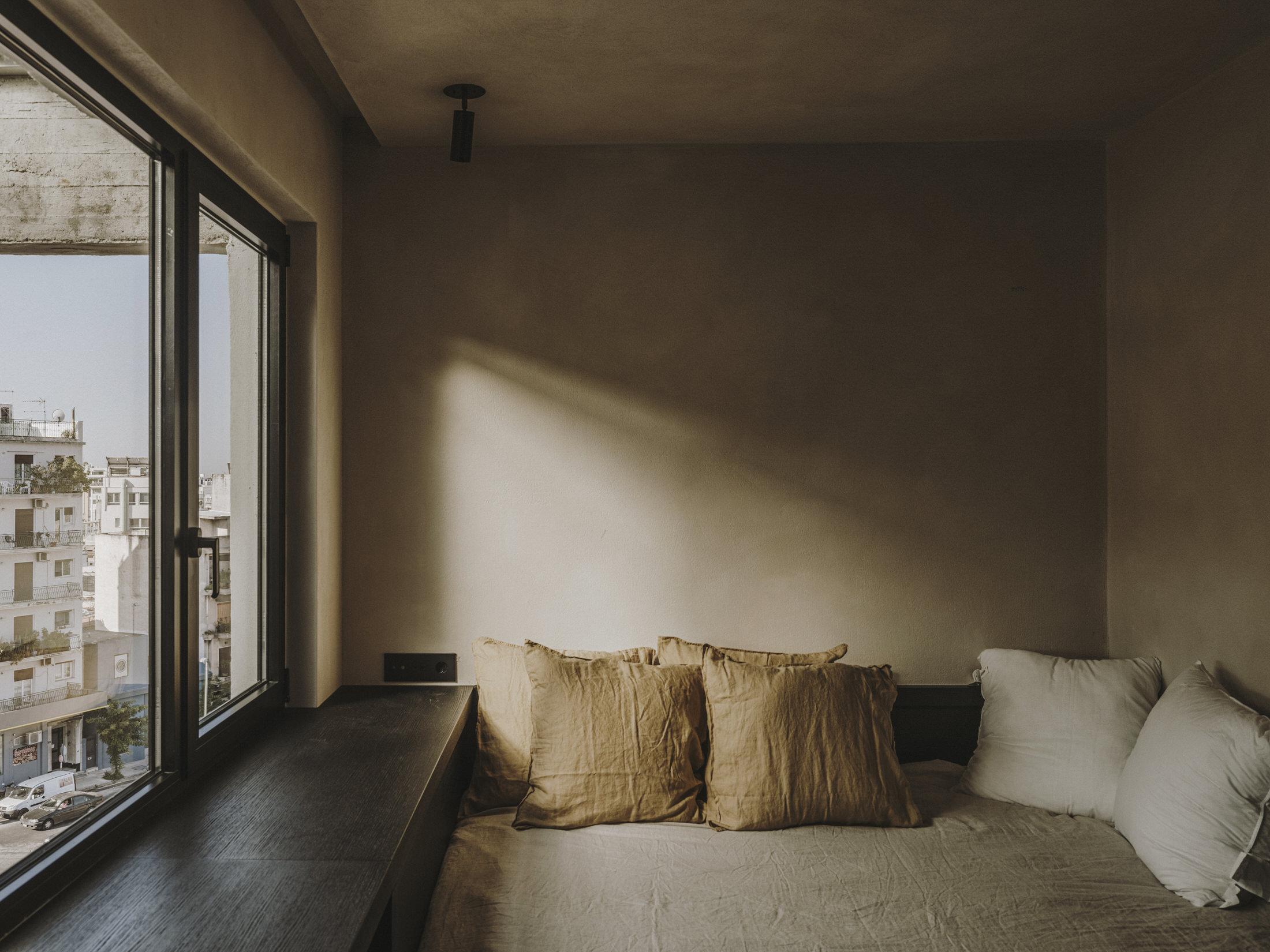 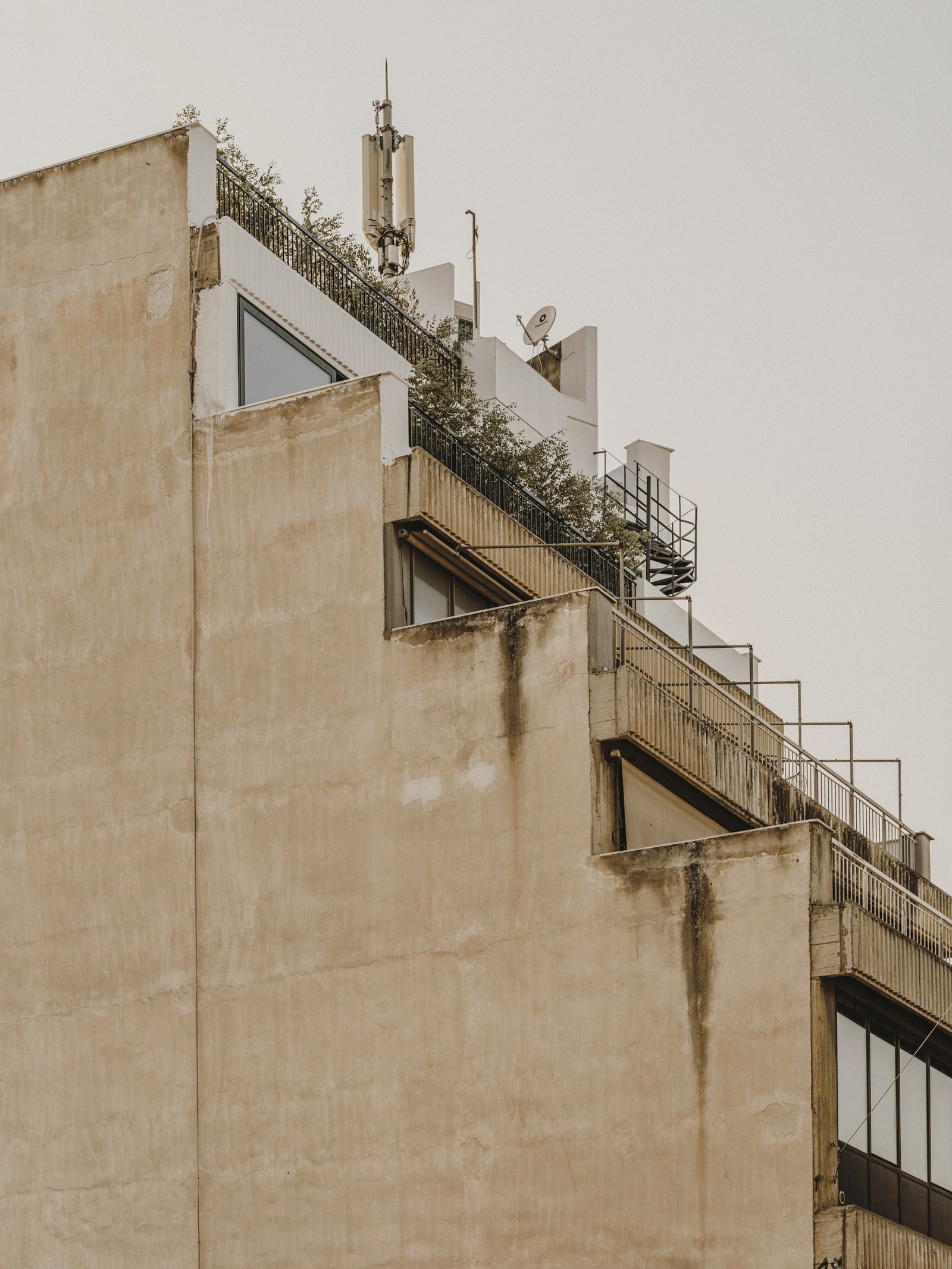 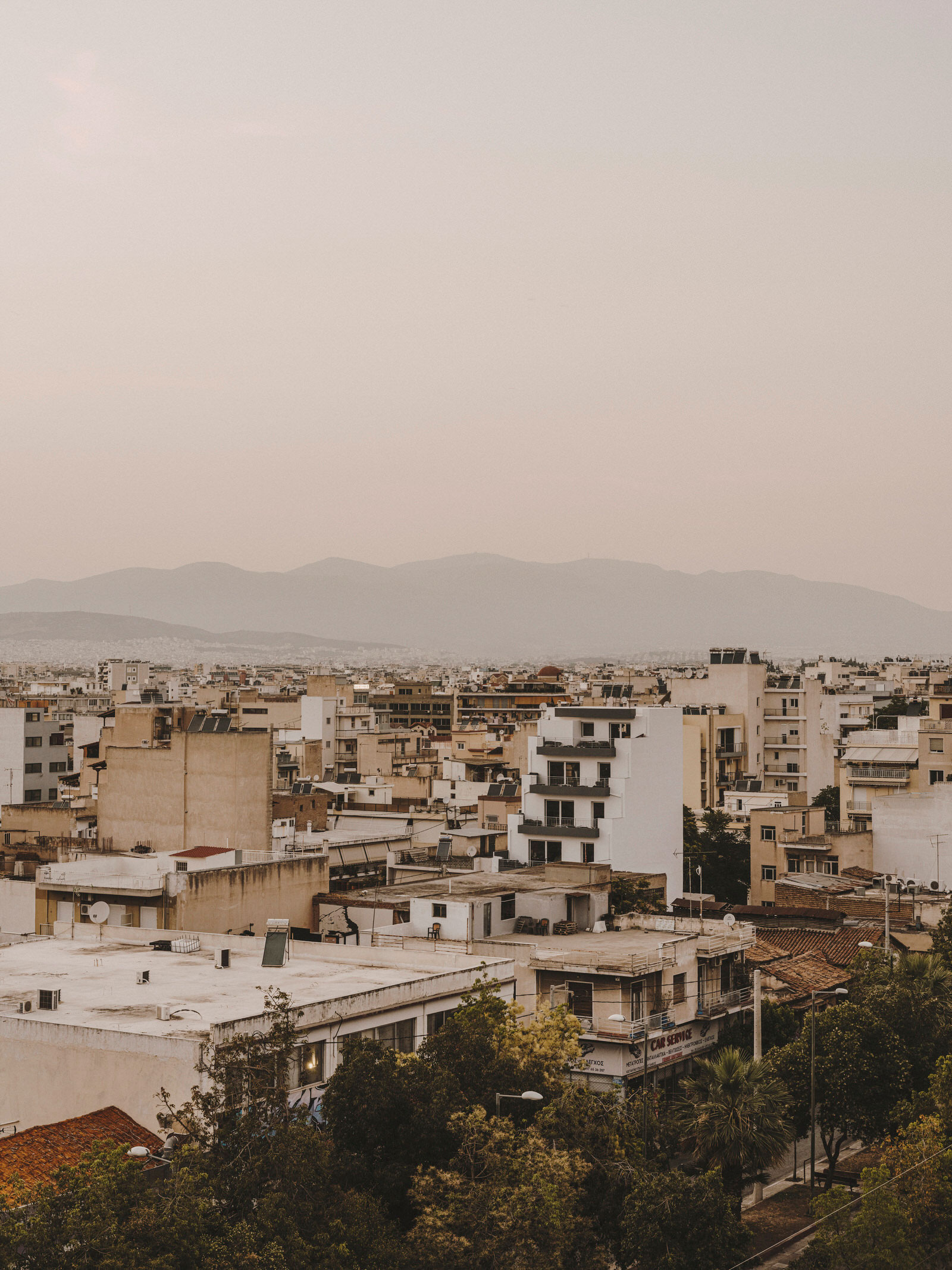 As we move upstairs, there’s a clear shift in aesthetic. “After the two upper floors were gutted, we covered the walls and ceiling with lime plaster and lime paint to evoke a feeling of rough luxury,” explains Andrew.

Indeed, in the heart of the bustling Greek capital, the space feels cool and cut-away, almost in an aura of its own. It stands to reason that the master bedroom and bathroom are located here, because with larger-than-life windows offering glittering views of the city, it seems as if this could be the best vantage point that Athens has to offer.