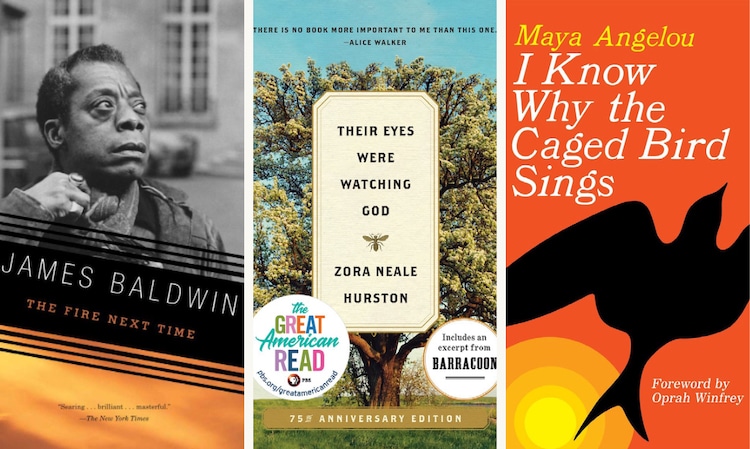 Did you tell yourself you’d read more this year? Well, there’s no time like the present to start tackling that goal! If you’re looking for more reading suggestions, is the perfect time to get more acquainted with Black authors and stories. From remarkable works of fiction to the moving rhythm of poetry and the heartfelt prose of personal narratives, Black writers have been documenting the for decades.

The written tradition of Black people is rich and historied, and whether you yourself identify as a person of color or not, there is a lot to learn and appreciate in these poignant literary pieces. Though they would be almost impossible to sum up in one single list, we’ve selected a few books for you to add to your own personal reading list. But this is just a jumping-off point to set you on your own path of discovery and exploration—or perhaps reacquaintance—with these groundbreaking volumes.

Spanning from classics to more , here are 12 books to read this Black History Month and all year long.

Head over to our for a full list of everything featured in this list and many more books that can be purchased from independent bookstores.

Scroll down for a list of 12 books to read this Black History Month and beyond!

12 Years a Slave by Solomon Northup

Published in 1815, this true account was adapted as an Academy Award-winning film in 2013. This memoir tells the harrowing story of Solomon Northup, a free-born Black man who was kidnapped and sold into slavery.

Their Eyes Were Watching God by Zora Neale Hurston

Published in 1937, Their Eyes Were Watching God is one of Zora Neale Hurston’s most well-known works and considered a classic piece of literature from the . In a 1997 review of the novel, calls it “a book that, despite its slender, private grace, aspires to the force of a national epic. . . offering a people their own language freshly caught on paper and raised to the heights of poetry.”

Ralph Ellison’s 1952 novel won the U.S. National Book Award for Fiction in 1953, and it has since been included on multiple lists as one of the 100 best English-language novels of the 20th century. Exploring the complexities of African American identity in the 20th century, Invisible Man follows the path of an unnamed Black man who narrates the story.

Gwendolyn Brooks became the first Black author to win a Pulitzer Prize for her book of poetry Annie Allen. That collection, along with many of her other must-read poems, is included in this edition of Selected Poems by Gwendolyn Brooks—who is to be “one of the most highly regarded, influential, and widely read poets of 20th-century American poetry.”

Between the World and Me by Ta-Nehisi Coates

Ta-Nehisi Coates’ poignant reckoning with the conflict of race in America takes the form of a letter to his son in Between the World and Me. Jack Hamilton of  calls it “a work of rare beauty and revelatory honesty. . . a love letter written in a moral emergency, one that Coates exposes with the precision of an autopsy and the force of an exorcism.”

The Warmth of Other Suns by Isabel Wilkerson

In The Warmth of Other Suns, Isabel Wilkerson chronicles the story of the Great Migration through the lives of three unique protagonists. Janet Maslin of  calls the book “a landmark piece of nonfiction. . . sure to hold many surprises for readers of any race or experience.”

Spanning the entirety of his career, the poems in this collection of works were selected by Hughes himself not long before his death in 1967. A central figure of the Harlem Renaissance, Hughes depicted the everyday life and experiences of African Americans in his writing.

The Bluest Eye by Toni Morrison

Toni Morrison’s debut novel follows a young Black girl who—so desperate to conform to white standards of beauty—prays for her eyes to turn blue. In its review of the work of fiction,  calls the book “not only a story but an awe-inspiring poem that confronts beauty itself and the consequences of beauty standards on individuals that do not meet them.”

The Fire Next Time by James Baldwin

James Baldwin’s 1963 book The Fire Next Time was a galvanizing voice of the and continues to stand the test of time. Chantal da Silva of  calls it “one of the most passionate and raw explorations of race relations of its time.”

The Vanishing Half by Brit Bennett

A New York Times best-selling novel, The Vanishing Half tells the story of identical twin sisters whose lives take very different paths. It has been as an “intergenerational epic of race and reinvention, love and inheritance, divisions made and crossed, binding trauma, and the ever-present past.”

Incidents in the Life of a Slave Girl by Harriet Jacobs

Comparable to autobiographical slave narratives written by the likes of Frederick Douglass and other escaped fugitives, Incidents in the Life of a Slave Girl remains one of the few accounts of this kind written by a woman. describes it as “so dramatic, so vividly illustrative of the unthinkable horrors and trials of slavery. . . that it almost reads as a novel.”

I Know Why the Caged Bird Sings by Maya Angelou

Maya Angelou’s 1969 autobiography is a moving coming-of-age story that has become a modern literary classic. James Baldwin—Angelou’s friend and mentor—said of the book: “I Know Why the Caged Bird Sings liberates the reader into life simply because Maya Angelou confronts her own life with such a moving wonder, such a luminous dignity.”