13-Year-Old Boy Is a Real-Life “Young Sheldon” Who Will Soon Start His Ph.D. in Physics 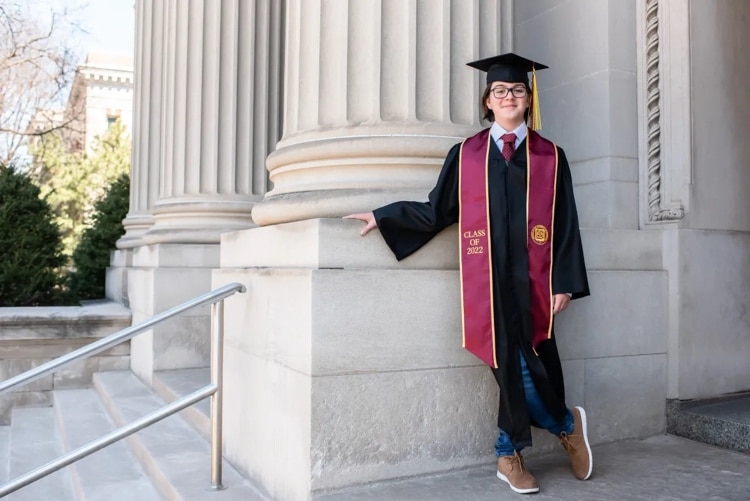 By all appearances, is just like any other 13-year-old kid. He likes playing Minecraft, listening to music, and hanging out with friends. But Elliott’s life is a bit different, as he’s about to graduate from the University of Minnesota. Soon, he’ll have a bachelor’s degree in physics, with a minor in math. And, in September he’ll be back on campus to start his doctorate in physics.

Elliott’s parents noticed his ability when he was already reading and doing math at 3 years old. After several years of homeschooling, he was finished with high school at 8 and then moved on to college. Still, Elliot’s mother Michelle makes sure that he still enjoys his childhood.

“People who hear Elliott’s story say he doesn’t get to be a kid, or he grew up too fast,” she local news. “He still very much is a kid and the only difference is he goes to school in a different building.”

During his Ph.D., Elliott will be focusing his studies on high-energy theoretical physics. Unfortunately, his family has run into a common stumbling block—how to pay for the program. As he didn’t receive a tuition waiver or financial aid package, the Tanners have turned to to help finance his schooling.

Thus far, they’ve raised enough for his first year at the University of Minnesota and have set a new goal to help with his second year. They hope that along the way, he may receive a teaching or research assistant position to offset the cost.

Elliott, who has formed a friendship with Young Sheldon star Iain Armitage, hopes that his story will encourage others to get excited about physics. “I would love to be able to spread some of this joy for physics and this enthusiasm for it around,” he shares.

Eventually, he hopes to become a professor of physics in order to do just that. For now, he’ll soon be celebrating graduation and getting prepared for what the future holds.

Learn more about Elliott Tanner, who is starting his Ph.D. in physics this fall at the age of 13.