15 catchiest, most dazzling musicals on Netflix Feel like breaking out in song? Or at least, watching other people do it?

Of course, music fans regularly turn to Netflix for concert documentaries, like Taylor Swift’s , and series with killer soundtracks, like . But if you spend some time browsing the musical genre category on Netflix, you’ll find the streaming service also has a treasure trove of Broadway-caliber musicals (“musical” defined in this case as any story in which the music directly influences the plot and/or a major character consistently performs music as part of their arc) waiting for you.

If that sounds good, start up the orchestra and draw back the curtain. Here are 15 of the catchiest, most dazzling, all-around best musicals Netflix streaming right now. 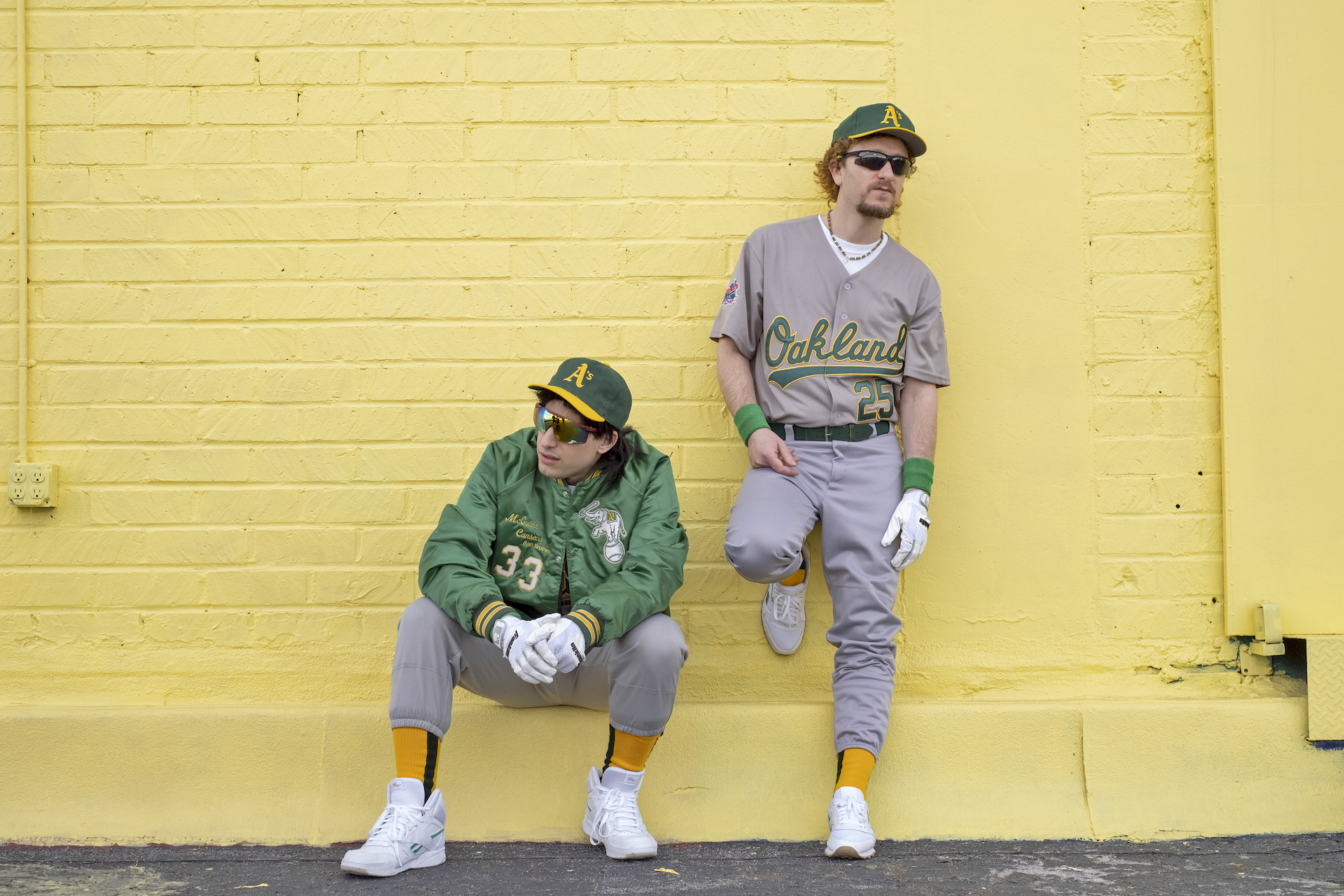 At a short 30 minutes, . It is also by far the strangest. Described in our review as a “ complete with spoken word poetry and rap tracks about Mark McGwire and Jose Canseco’s baseball careers in the late ’80s,” almost nothing about The Lonely Island’s surprise-dropped pet project makes sense, in the best way possible. There are cardboard cutouts of Kathy Ireland, cameos galore, tons of bizarre costumes, and a soundtrack that frankly slaps. It only takes one listen of “IHOP Parking Lot” to get the insanely catchy “shake that nasty butt” line stuck in one’s head forever, and the rest of the songs are infinitely memorable. — Alexis Nedd, Senior Entertainment Reporter

“Shrek the musical” may not be synonymous with big-time Broadway success, but the 2008 production from Jeanine Tesori and David Lindsay-Abaire is a perfectly reasonable good time. Brian D’Arcy James’ take on Shrek and Daniel Breaker’s on the Donkey are loads of fun, but the best number in the show belongs to Sutton Foster’s Fiona and two younger versions of the character.

As a child, Fiona is imprisoned in the highest room of the tallest tower, guarded by a vicious dragon. She passes time by singing and reading stories of other fabled princesses…only to realize that what they all have in common is the endless waiting. Years go by as Fiona grows into a teenager and finally an adult, trying to stay optimistic while waiting for her prince to arrive any day. Foster’s version finally snaps, destroying her story books and belting out a plea to God. Fiona always did know how to strip the glamor away from princess life. — Proma Khosla, Entertainment Reporter

Best song: “I Know It’s Today”
How to watch: 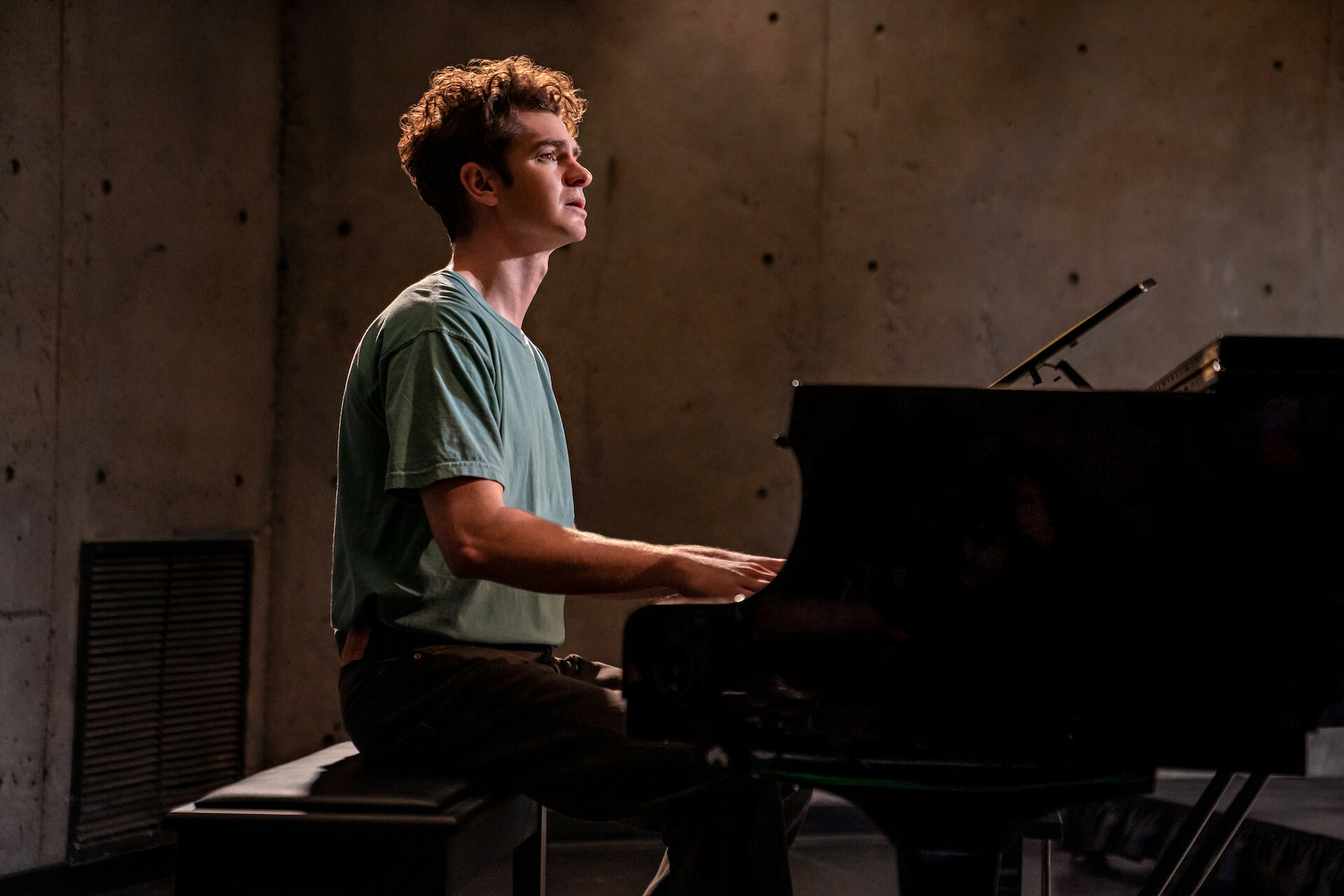 Lin-Manuel Miranda’s feature directorial debut packs a potent musical theater punch from every angle. He brings to life the selective reality and theatrical phantasmagoria of Rent writer Jonathan Larson’s life and career, based on an autobiographical show from 1992.

Miranda, whose In the Heights was spectacularly adapted for film by Jon M. Chu, proves as adept at as he does sucking the marrow of his medium. Andrew Garfield fully inhabits Larson, from voice to body to towering, buzzing hair and a frenetic urgency to create — to write, to sing, to matter, as Larson so clearly did to legions of dreamers who followed. — P.K.

Best song: “Come to Your Senses.”
How to watch:

Whatever influence the mesmeric dumpster fire that is had on your opinion of director Tom Hooper, his 2012 film adaptation of Les Misérables set a new standard for stage productions cranking up to their utmost epic-ness for the big screen. Anne Hathaway, who received the Best Supporting Actress Oscar she deserved for her take on Fantine, absolutely brings the house down with her rendition of “I Dreamed A Dream” — and just shy of a decade later, that makes it worth watching the entire two hour and 38 minute film over again. Even the rambling bits with Hugh Jackman, which we promise do in fact come to an end. Eventually. — Alison Foreman, Entertainment Reporter

Best song: “I Dreamed A Dream”
How to watch: 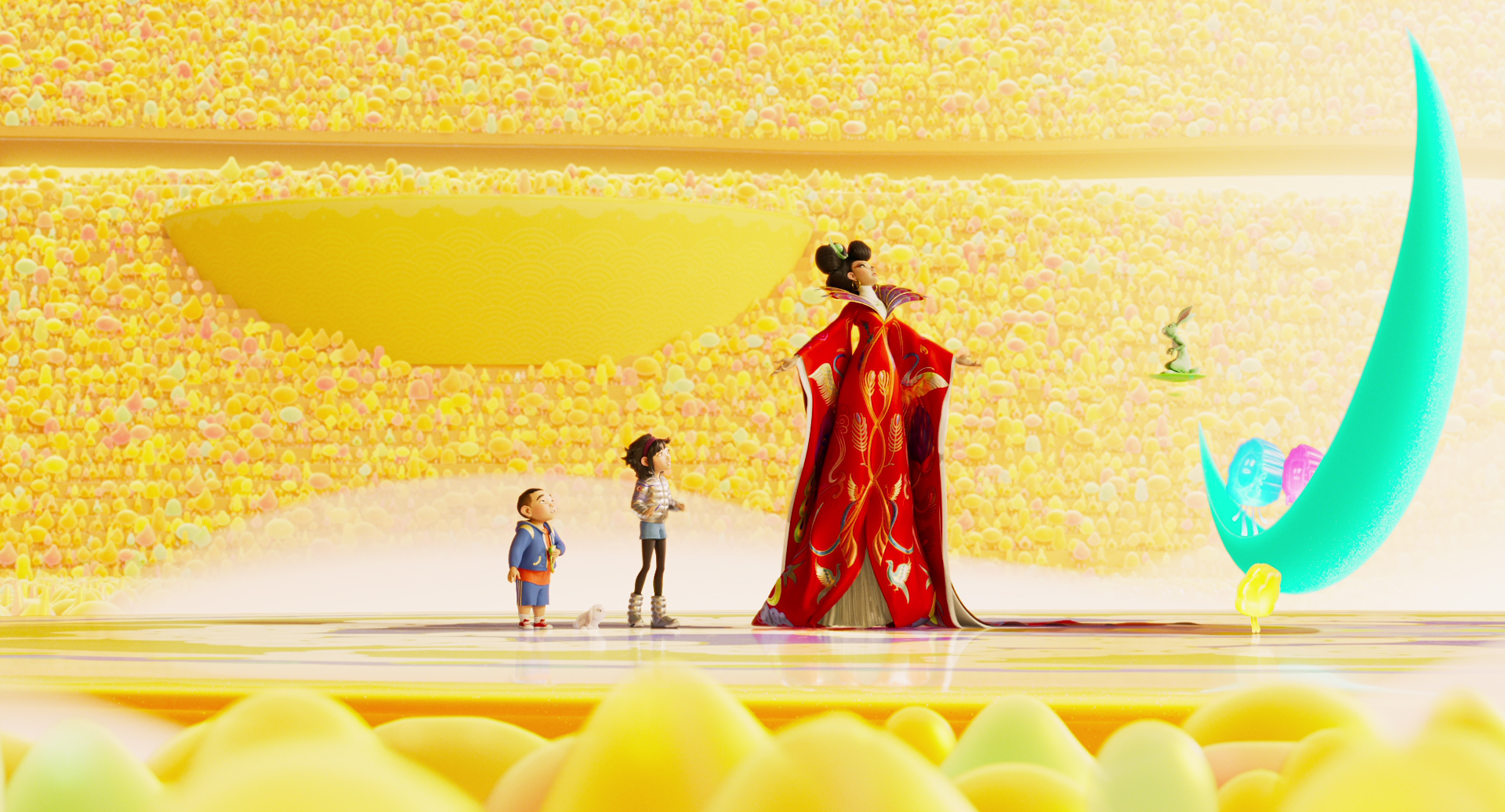 Young Fei Fei is enchanted by the story of the moon goddess Chang’e and the legend of her lover. Still mourning the death of her mother, Fei Fei takes unkindly to her father finding new love and decides to build a rocket to the moon to find Chang’e. She finds a magical world beyond her imagining and must reconcile the fantasy of the moon with the life that awaits her on Earth. Cathy Ang, Phillipa Soo, Ken Jeong, John Cho, Ruthie Ann Miles, Margaret Cho, and Sandra Oh star, so yes, is a powerhouse lineup of Asian American acting talent. — P.K.

Best song: “Ultraluminary”
How to watch:

Get ready to dance through The Prom, a bubbly celebration of inclusion and being yourself. The Prom features an all-star cast including Meryl Streep, Nicole Kidman, James Corden, and Andrew Rannells, who play washed-up Broadway actors in need of an image boost. When Emma, a lesbian student in Indiana, wants to bring her girlfriend to prom, the bigoted PTA threatens to cancel the event all together. The Broadway performers see this as a chance to nab some positive publicity and go to Indiana to help Emma out. The Prom has trouble keeping its balance at times, often focusing too much on the Broadway stars and not enough on Emma’s journey. However, its musical numbers, ranging from emotional ballads like “Unruly Heart” to high energy set pieces like “Love Thy Neighbor,” are fun and full of heart. — Belen Edwards, Entertainment Reporter 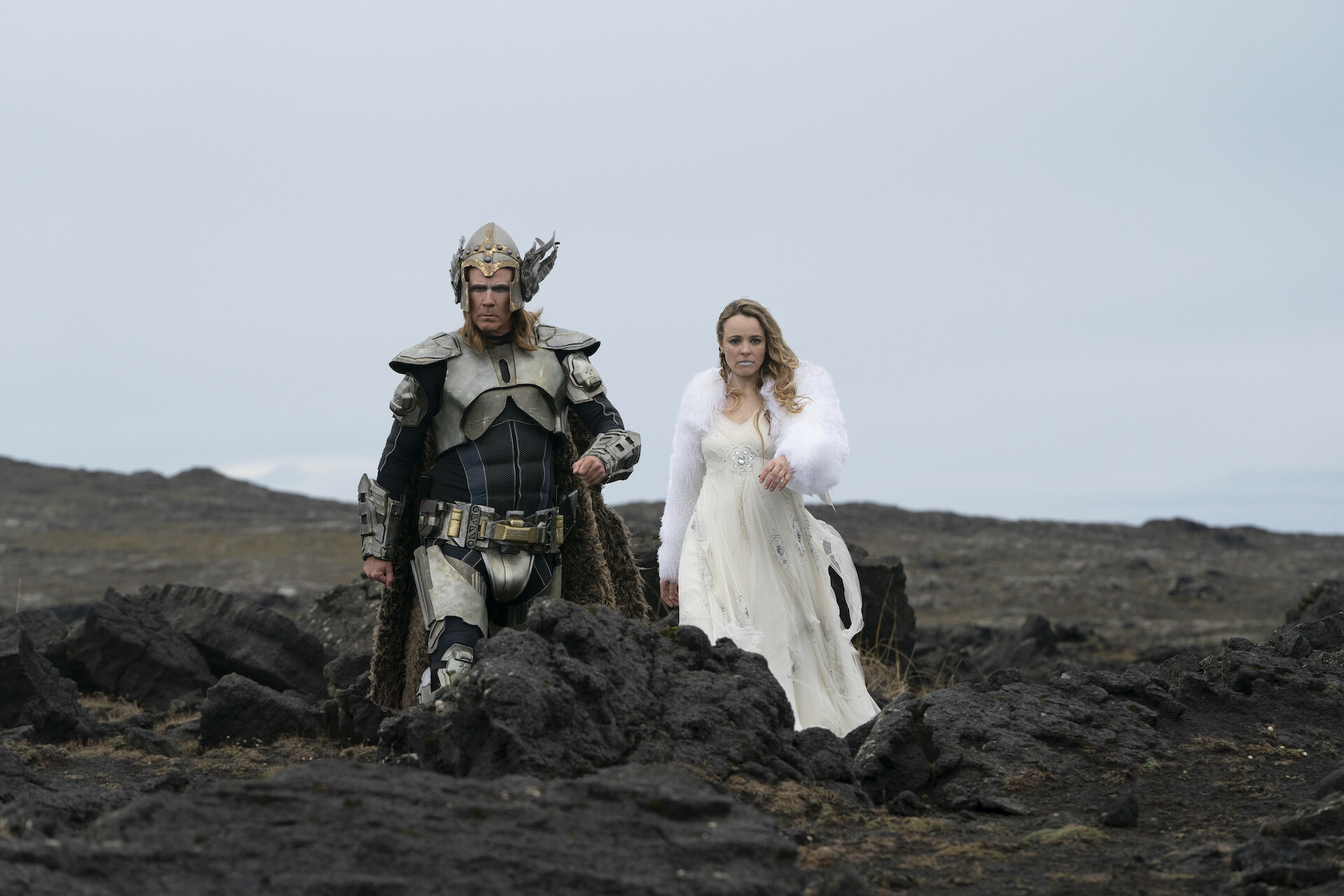 What do you get when you combine Will Ferrell, Rachel McAdams, and the iconic Eurovision Song Contest? A fun movie filled with absolute bangers. Ferrell and McAdams play a musical duo representing Iceland at Eurovision, where they face fierce competition and even fiercer songs. Prepare to have “Lion of Love” and “Jaja Ding Dong” stuck in your head for all eternity, keep your eyes peeled for past Eurovision contestants during the “Song-a-long,” and make sure you have some tissues ready for the show stopping “Husavik.” It will make you proud to be from Iceland, even if you aren’t Icelandic. — B.E.

Best song: “Husavik (My Hometown)”
How to watch:

Adapted from the musical of the same name, Been So Long offers a dreamy look at a chance encounter between two people in desperate need of a break from reality. With electric interactions between stars Michaela Coel and Arinzé Kene, this poppy romance will have you from the moment the first words are sung — and won’t let go until the very last verse.

Bee So Long blends deeply effective yet understated performances and an over-the-top escapist atmosphere to instantly transport viewers outside their living rooms. Fans of Coele’s parts in in and will certainly be struck by the actor’s unwavering ability to embody power and vulnerability, which she does so again in this true hidden gem. — A.F. 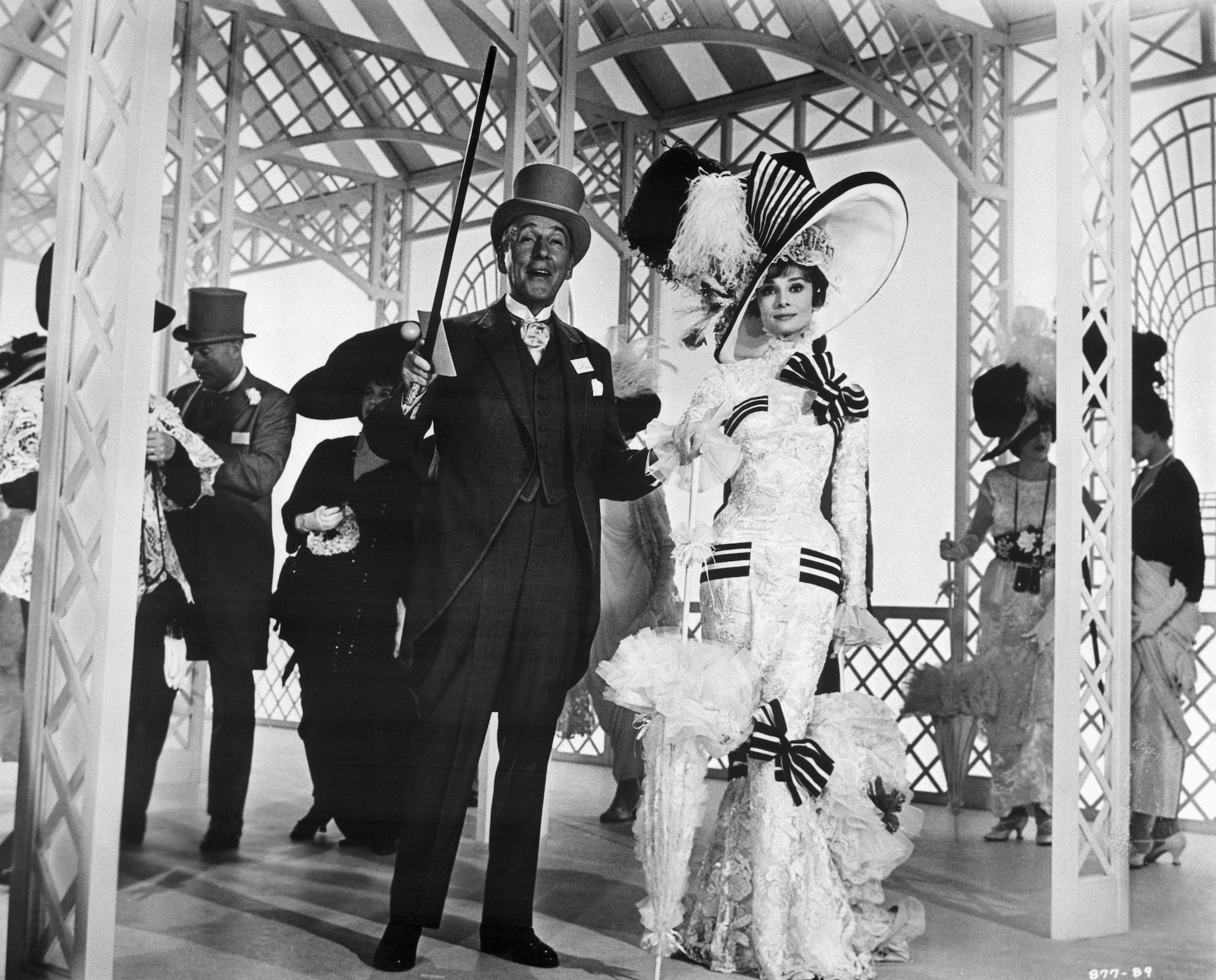 Audrey Hepburn played no shortage of iconic roles, but one of her best known is as cockney flower girl Eliza Doolittle in My Fair Lady. When arrogant linguist Henry Higgins (Rex Harrison) laments the “degradation” of the English language with accents like Eliza’s, he makes a bet that he can teach her to speak like a proper English lady and pass her off as such as an upcoming ball.

As the teacher and pupil come to know each other, their lessons become more than educational, leading to a sweeping musical romance. My Fair Lady features iconic songs like “Wouldn’t It Be Loverly,” “On The Street Where You Live,” and “The Rain in Spain.” —A.N.

Best song: “On the Street Where You Live”
How to watch: 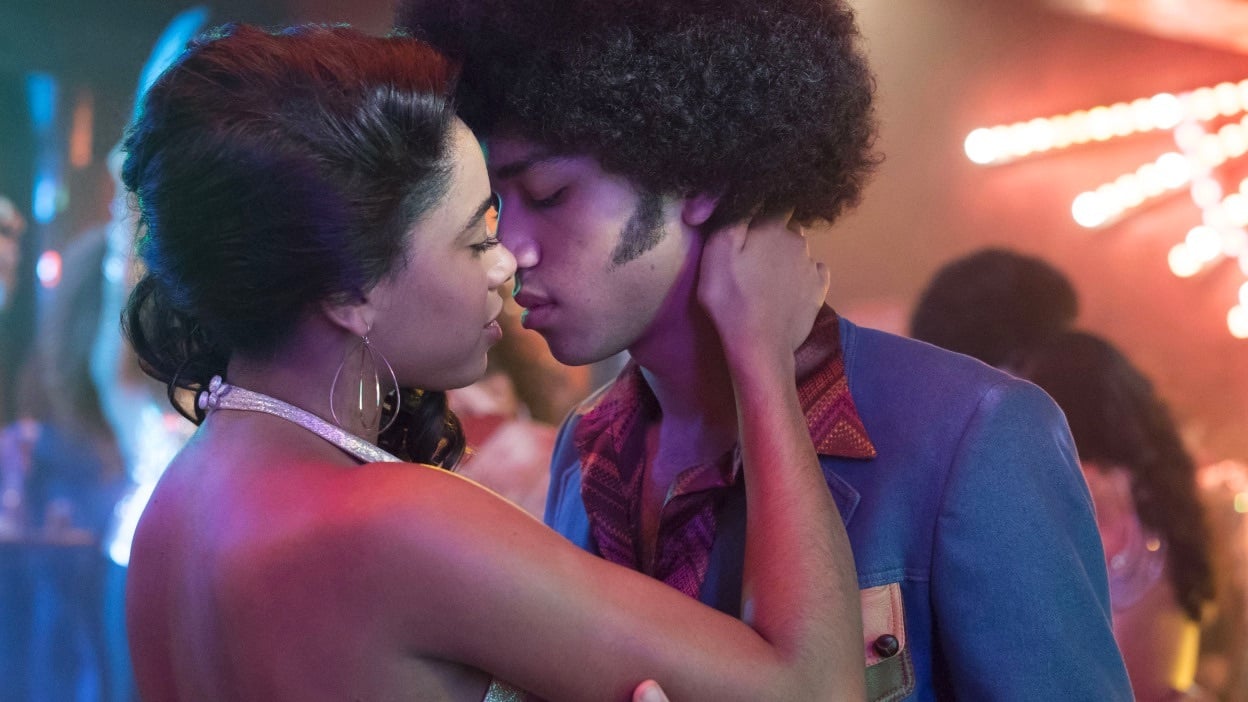 Baz Lurhmann’s luxurious mind gave the world Romeo + Juliet, Moulin Rouge, that weird Great Gatsby adaptation, and Netflix’s The Get Down. Taking place in the south Bronx in the late ’70s, right at the cusp of disco and the rise of hip hop, The Get Down follows a group of young men who discover the incomparable sound of a mysterious DJ and become The Get Down Brothers, a fictional rap group that nonetheless interacts with real-life legends like Grandmaster Flash. Its fast-paced editing and artistic imaginings of the Bronx are reminiscent of Lurhmann’s other work but remain unique, and its music is some of the best in any Netflix original offering. — A.N.

Best song: “Get Down Brothers vs. Notorious 3”
How to watch: 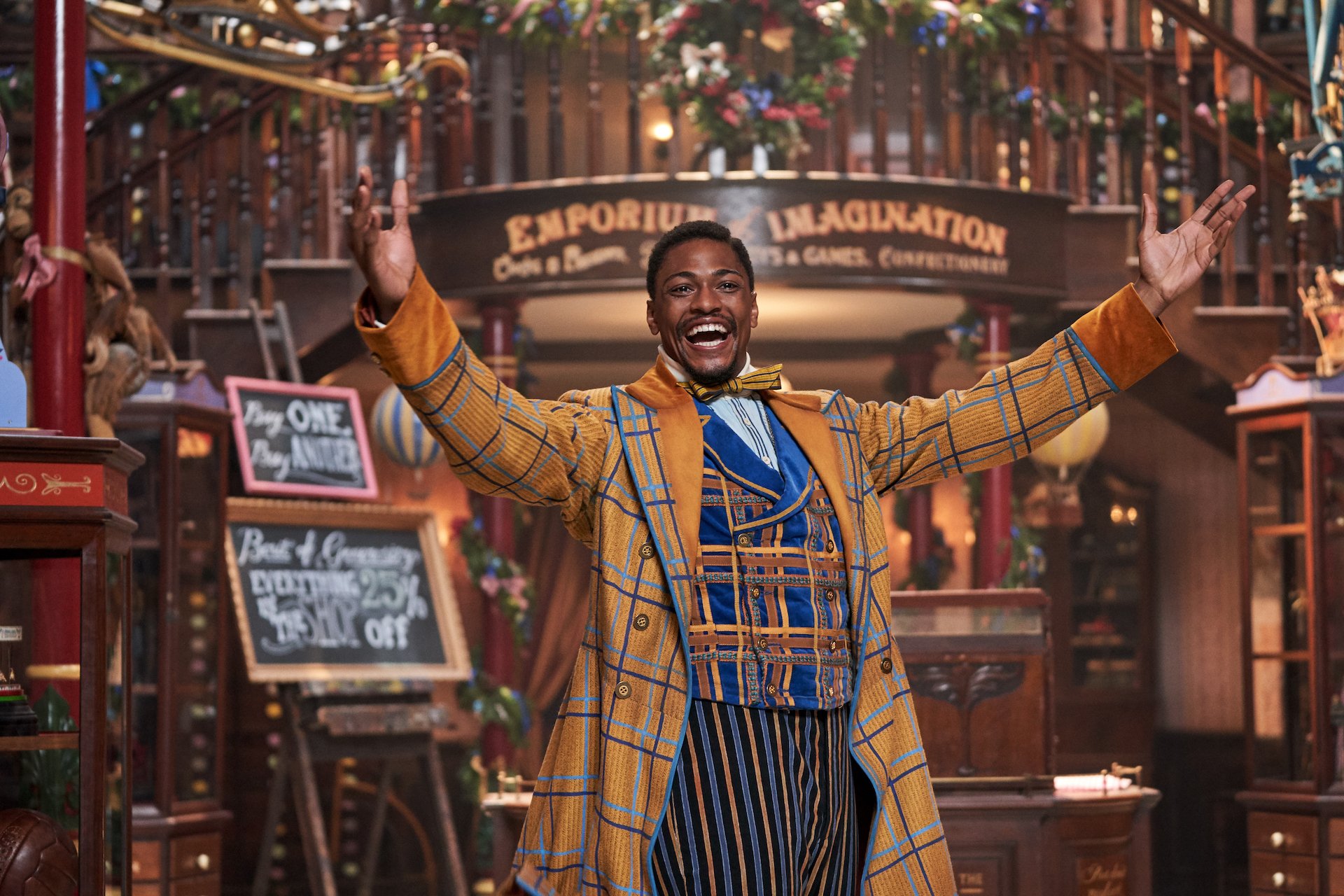 Shut up and embrace the magic of Christmas with , a delightful original musical about family, toys, and inheritable mechanical ingenuity.

Forrest Whittaker stars as Jeronicus Jangle, a formerly genius toymaker who thinks he’s lost everything. But his daughter Jessica (literal Disney princess ) and granddaughter Journey (newcomer Madalen Mills) come back into his life to reignite the spark that makes their family special. Ricky Martin, , and Keegan Michael Key also star in unforgettable roles that play together to make Jingle Jangle an instant holiday classic. — A.N.

Best Song: “Miles and Miles”
How to watch:

Kabhi Khushi Kabhie Gham is a classic and beloved Bollywood movie soundtrack, but “Yeh Ladka Hai Allah” rarely gets its due. This is the rare Bollywood number that has it all and puts it on full display while Rahul (Shah Rukh Khan) attends Anjali’s (Kajol) best friend’s wedding. Like “” in the same movie, it’s a boisterous group number rooted in cultural celebration, and like “” a mere 10 minutes earlier, it basks in the legendary chemistry of Khan and Kajol, who move seamlessly from sweet flirtation to playful rivalry to full on eye-fucking (, here is your obligatory shout out).

The song is diegetic as part of the wedding festivities, but with just enough of a fantasy element for our characters to explore unspoken emotions and break into choreographed dances they definitely never rehearsed. — P.K.

The animated feature from writers Quiara Alegría Hudes and Kirk DeMicco, who also directs, tells the story of the eponymous kinkajou. The furry little singing-and-dancing cutie pie named Vivo sets out on a journey from Havana to Miami, hoping to fulfill the dying wish of his best friend and musical partner, Andrés. Along the way he finds help from an unlikely source: Gabi, the music-loving (but rhythmically dense) niece to Andrés who also happens to be a sweet-natured agent of chaos.

Their emotional journey is propelled most of all by song. That’s where Vivo‘s true superpower lies. Lin-Manuel Miranda wrote them all, and he infuses each with crackling energy as the voice of Vivo. Alongside Gabi actor Ynairaly Simo, the two embark on a deeply moving adventure that’s all but guaranteed to leave you in joyous, heartfelt tears. — Adam Rosenberg, Senior Entertainment Reporter 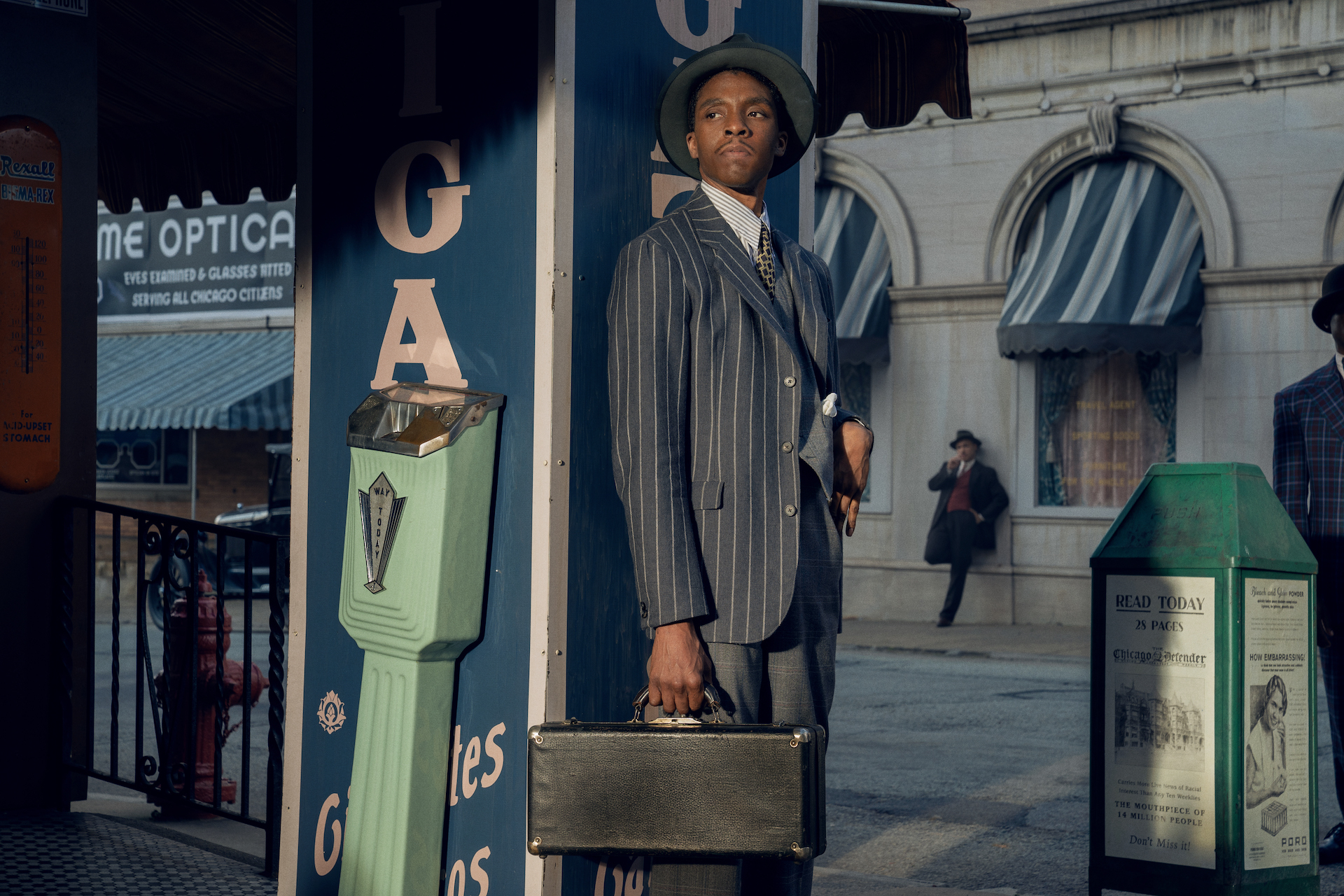 If Ma Rainey’s Black Bottom can’t quite escape the rhythms of the stage (it’s based on a play by August Wilson), it’s more than dynamic enough to hold its own as a movie. Set during an eventful recording session in 1927 Chicago, the film is at once a full-throated tribute to the “Mother of the Blues,” a lively celebration of Black culture and its place in history, and a sharp exploration of racial dynamics then and now — not to mention a stunning showcase for its cast, including Viola Davis as the towering legend of the title and Chadwick Boseman in his thrilling, heartbreaking final performance. — Angie Han, Deputy Entertainment Editor

All four seasons of , so if you didn’t originally catch the CW charmer during its 2015-2019 run, you’re in for a real treat. The show follows a woman after she moves across the country to get her high school boyfriend back — but of course, it’s actually a lot more nuanced than that. Smartly tackling mental illness, love, the patriarchy, and the lies we tell ourselves, the dark comedy will consistently make you laugh (sometimes joyfully, sometimes more so out of recognizable secondhand cringe). Fair warning: The original songs (over 150!) about modern dating horrors will get stuck in your head, and you will sing along. — Erin Strecker, Entertainment Editor

Best song: “” (But there are oh-so-many contenders!)
How to watch:

Asterisks (*) indicate the entry comes from a previous Mashable list.