15 Incredible Old Human Creations That Stood The Test Of Time

Today we have prepared you a collection of things that stood the test of time and continue to impress us even hundreds of years after their creation. From intricate medieval armors to ancient palette’s that still have paint in them, see some amazing old human creations that haven’t been lost to time in the gallery below!

#1 The Detail Of This Incredible Armor Made In 1555 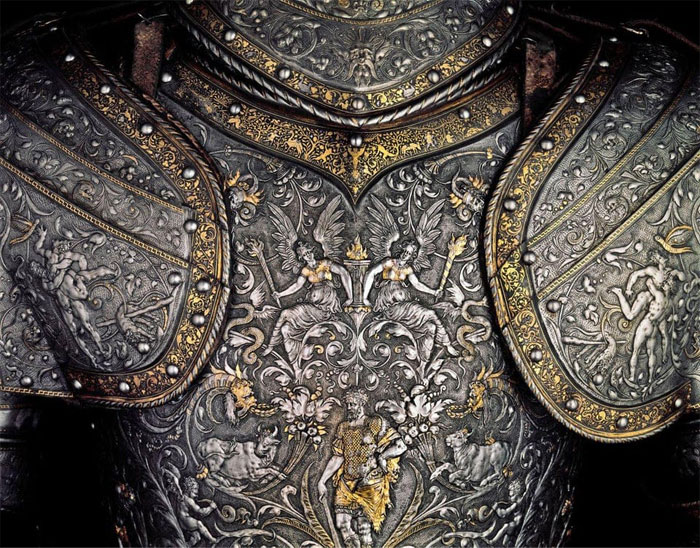 This intricate armor, called the Hercules Armor, was made for Archduke Maximilian II all the way back in 1555. The engravings on the armor depict various mythological scenes, and perfectly showcase the skill level of medieval French armorers. 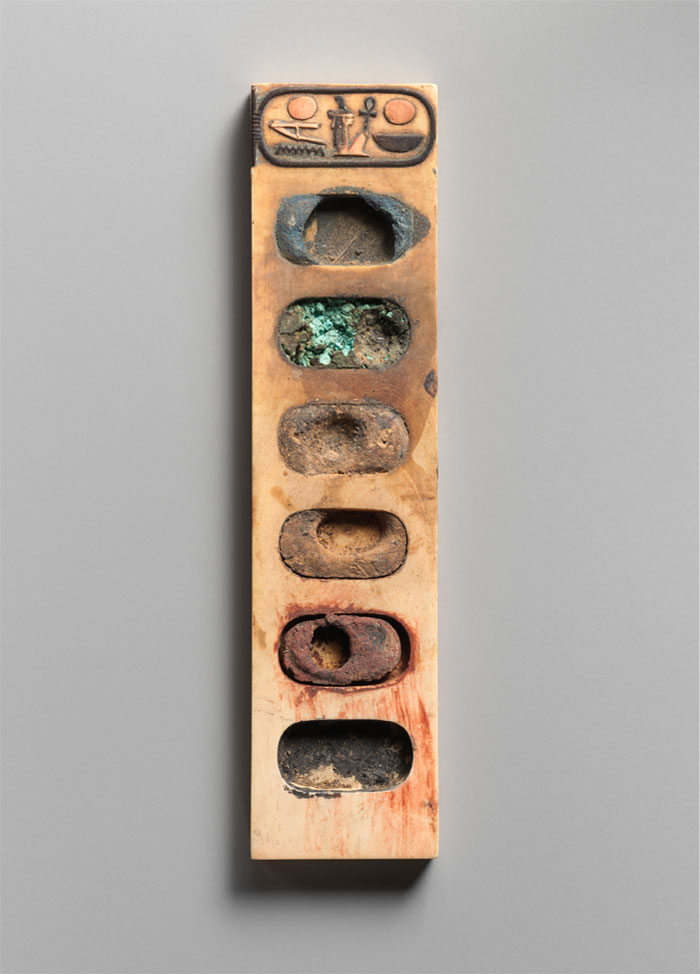 Even though at first glance this painter’s palette doesn’t look like anything special, it actually dates all the way back to around 1390–1352 BCE! It was carved out of a single piece of ivory, and the most fascinating thing about it is the fact that it still has some paint left inside 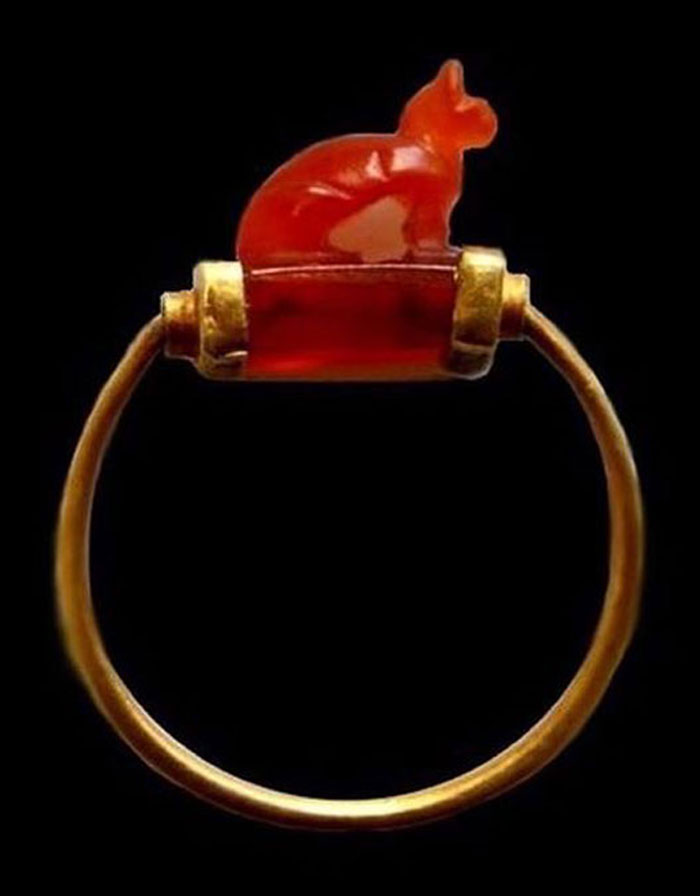 This golden ring with a carnelian cat sitting on top was created in Egypt around 2,700 years ago. The inner part of the ring also contains a carving of the Eye of Horus, meaning that it was probably used as a protective charm.

#4 A Ring That Possibly Belonged To Caligula Could Be Around 2,000 Years Old 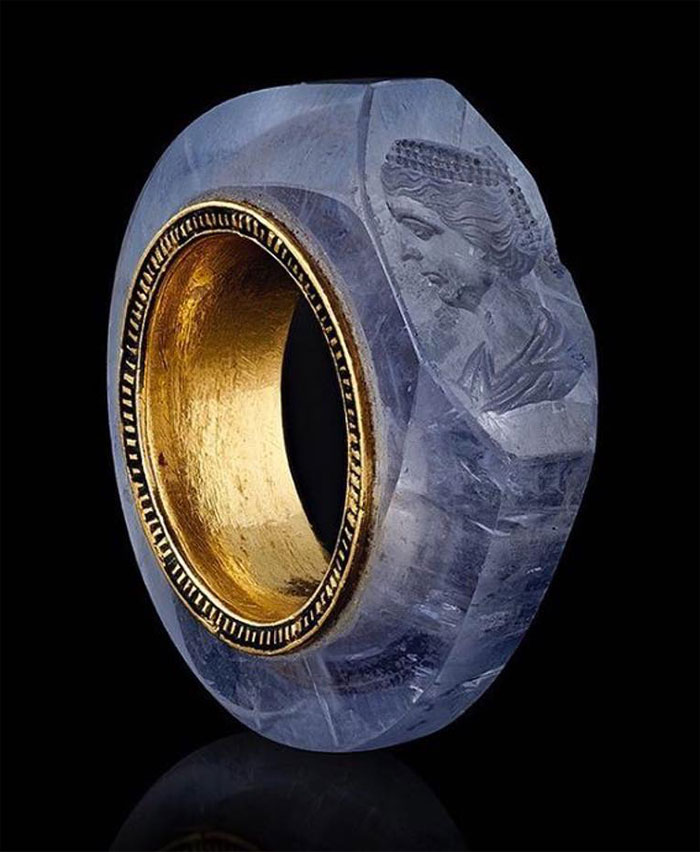 This impressive ring, carved out of a single piece of sapphire, is thought to have belonged to Roman Emperor Caligula, who reigned from 37 to 41 AD. The face carved on top is most likely that of Caesonia’s, Caligula’s fourth wife. The ring was sold in an auction back in 2019, and even though the final bid wasn’t officially revealed, rumors say that it was somewhere about $600,000. 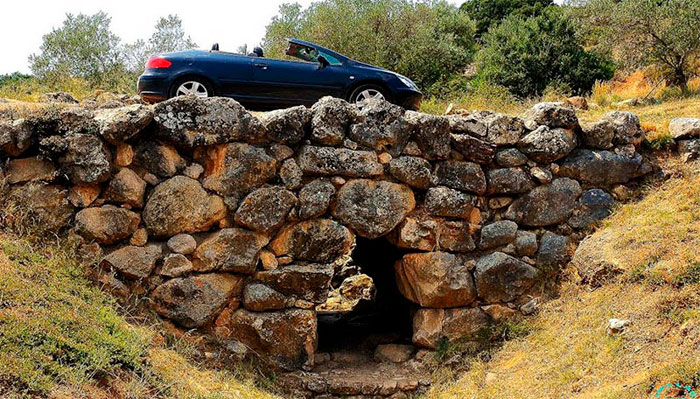 This old stone bridge located in Greece, named the Arkadiko bridge, might not look like much, but it’s actually one of the oldest bridges that survived to this day. It was built around 3,300 years ago and was initially built for chariots traveling between the cities of Tiryns and Epidaurus.

#6 The Cord Sealing King Tut’s Shrine Was Broken 3,245 Years After It Was Tied 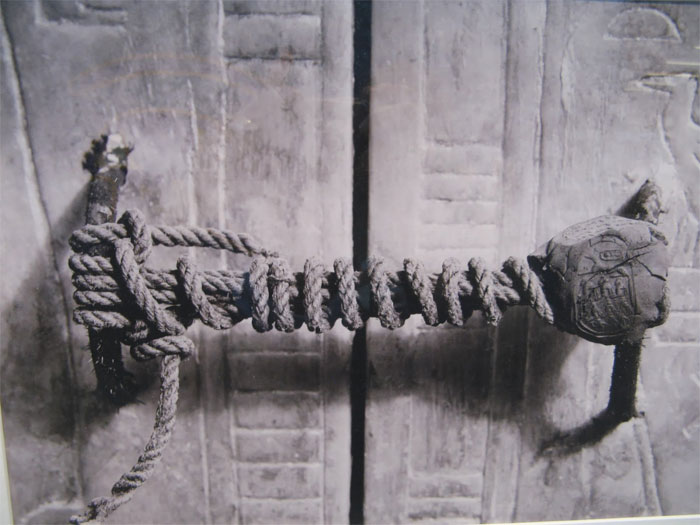 When the tomb of Egyptian pharaoh Tutankhamun was discovered back in 1922, it still had a perfectly preserved knot tied on the door. Inside the tomb, archaeologists found various pieces of jewelry, weapons, and clothing that stood untouched for over 3,000 years. 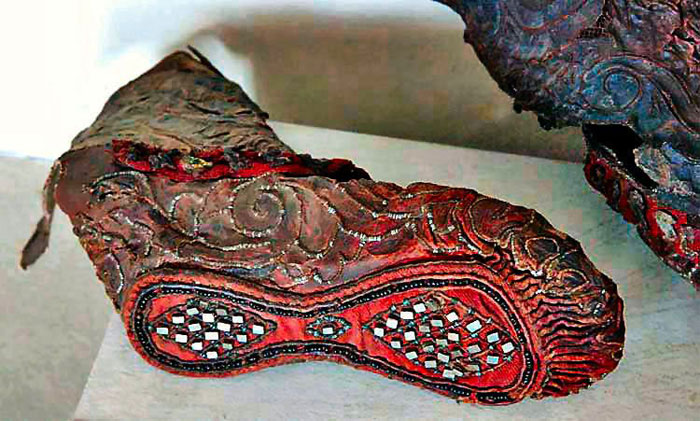 These colorful leather sandals were found by archaeologists in the Altai mountains, and are considered to be one of the best-preserved shoes ever found. They were most likely worn by a Scythian woman somewhere around 300–290 BCE. 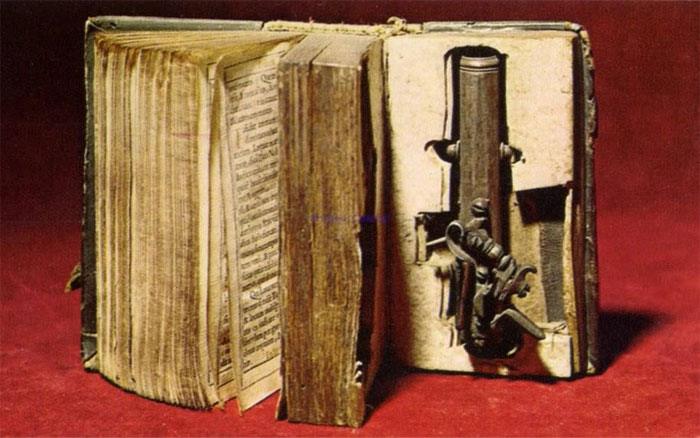 This custom-made book pistol was created for Francesco Morosini, the Duke of Venice, sometime in the 17th century. The special mechanism of the gun allowed it to be concealed inside of the book and fire it while the book was closed.

#9 The “Veiled Christ” Sculpted By Giuseppe Sanmartino In 1753 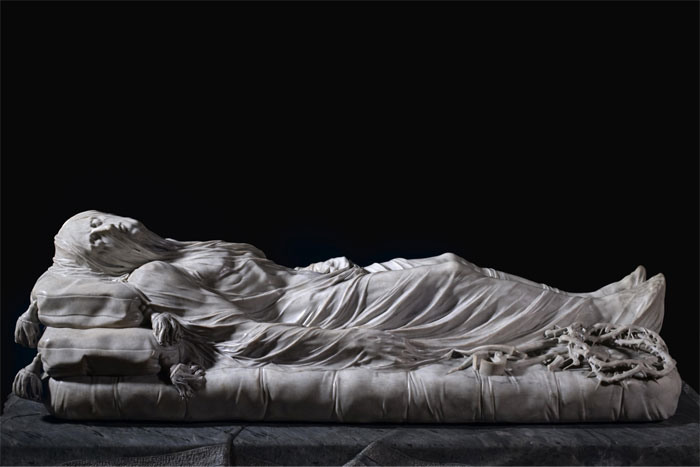 The “Veiled Christ” is a marble sculpture created by Neapolitan artist Giuseppe Sanmartino in 1753. What makes the sculpture especially impressive is the fact that it looks like it’s covered by a transparent veil while in reality all of it is carved out of marble. 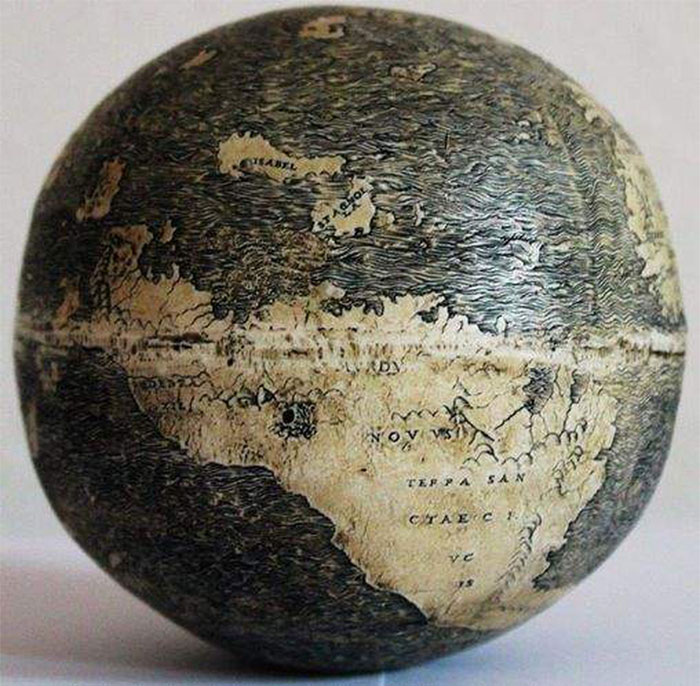 This globe, carved on an ostrich egg, was created back somewhere around year 1510.

#11 A 2,000-Year-Old Temple Is Still Standing Today And Is In Really Good Condition 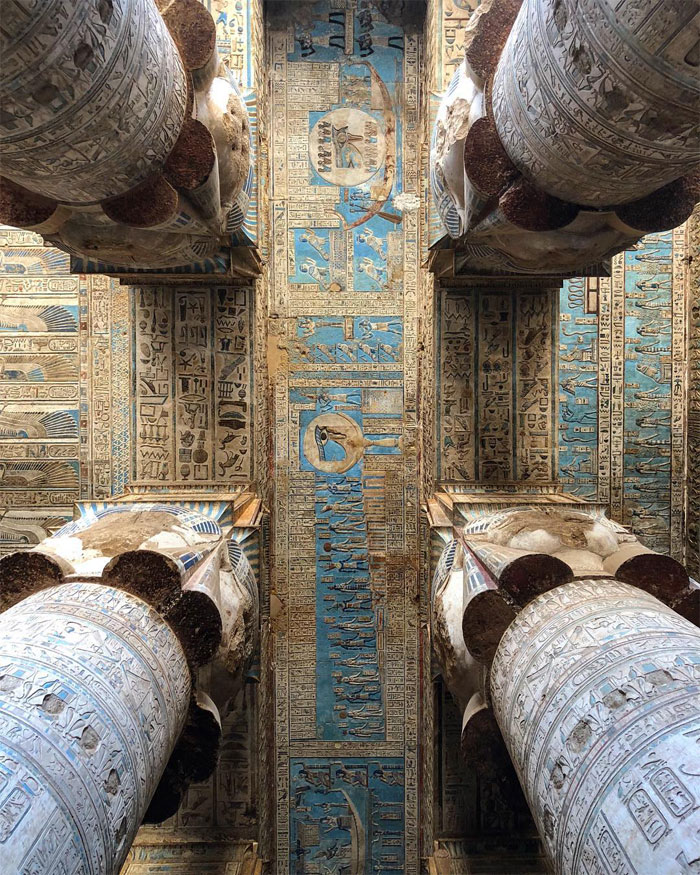 The Hathor Temple, built over 2,000 years ago, is the main temple of the Dendera Temple complex, and is considered to be one of the most perfectly-preserved temples in all of Egypt

#12 A Wooden Sculpture Depicting Death Made In 1520 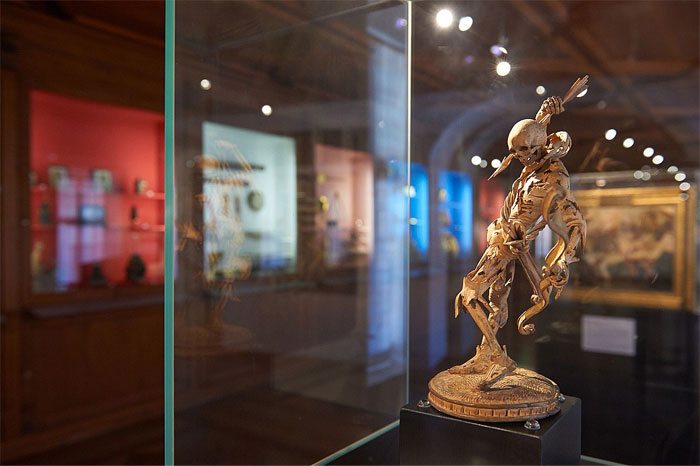 This wooden sculpture depicting Death as a skeleton was created by sculptor Hans Leinberger in the early 16th century.

#13 An Astronomical Clock In Prague, Czech Republic Is Still Operating Since 1410 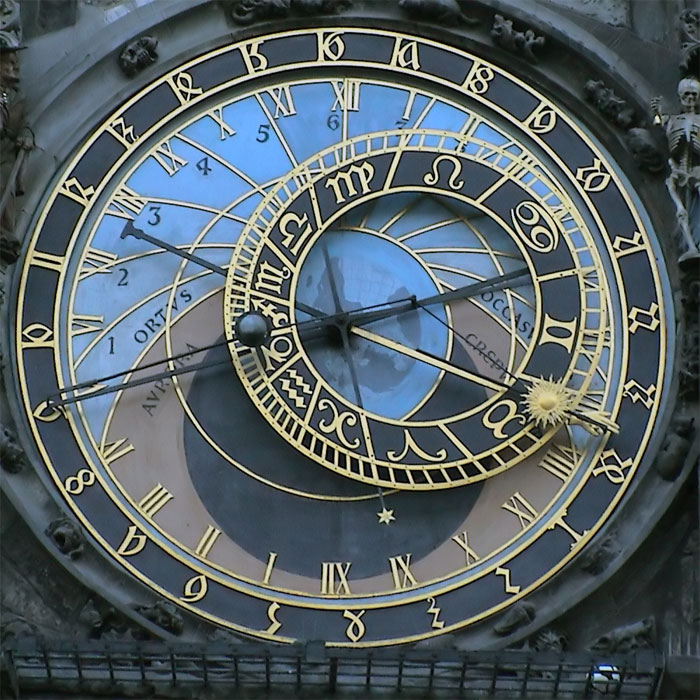 The Prague Astronomical Clock is the third-oldest astronomical clock in the world, and despite being over 600 years old, still remains perfectly operational even to this day. 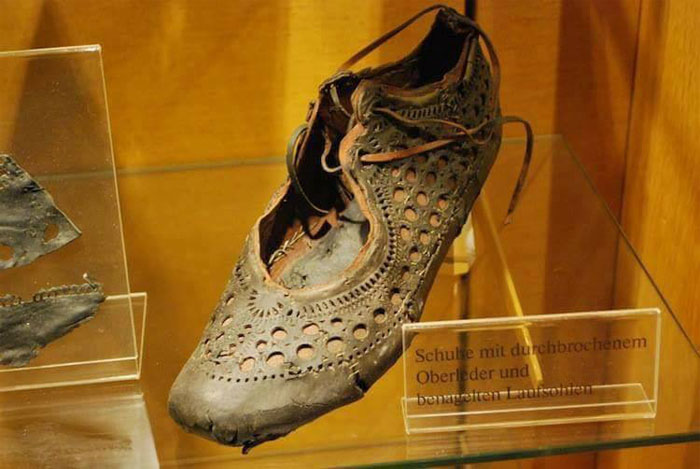 This perfectly-preserved woman’s leather shoe was found inside a well in Saalburg, Germany. It is said to be around 2,000 years old and its intricate details suggest that it was worn by a wealthy woman. 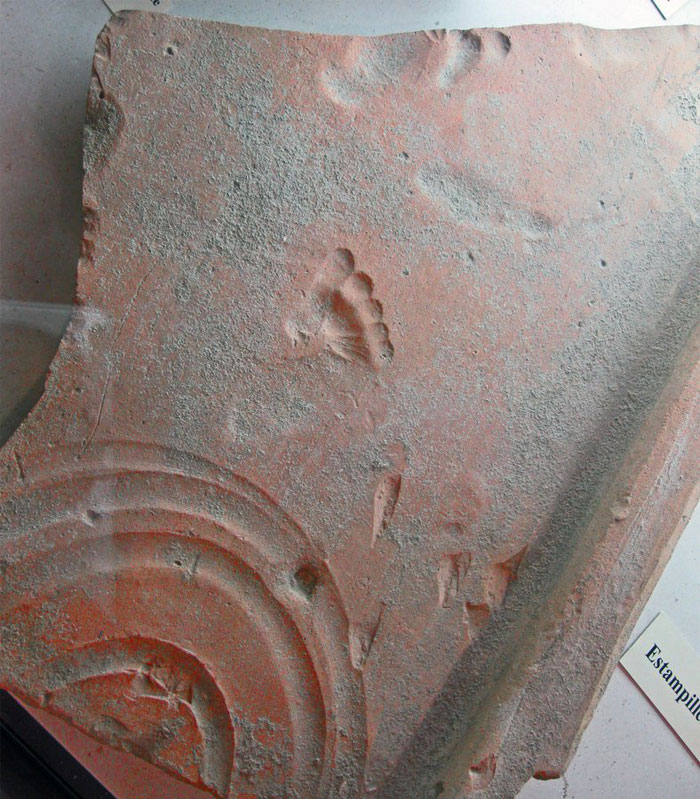 This piece of Roman clay, dating back around 2,000 years, was discovered in the French town of Vaison-la-Romaine, and contains a perfectly-preserved footprint of a child.