The Nature Conservancy photo contest isn’t just about giving awards to the best photo, it’s also about getting an important message across- love and conserve nature. Nature doesn’t need us as much as we need it, and it’s our responsibility to put efforts to conserve our environment.

The photos that won this year’s contest are wonderful and thought-provoking. From the carcass of a Pantanal alligator in dry soil to cheetahs crossing a river, scroll below to see some of the amazing winning images of this year’s contest. 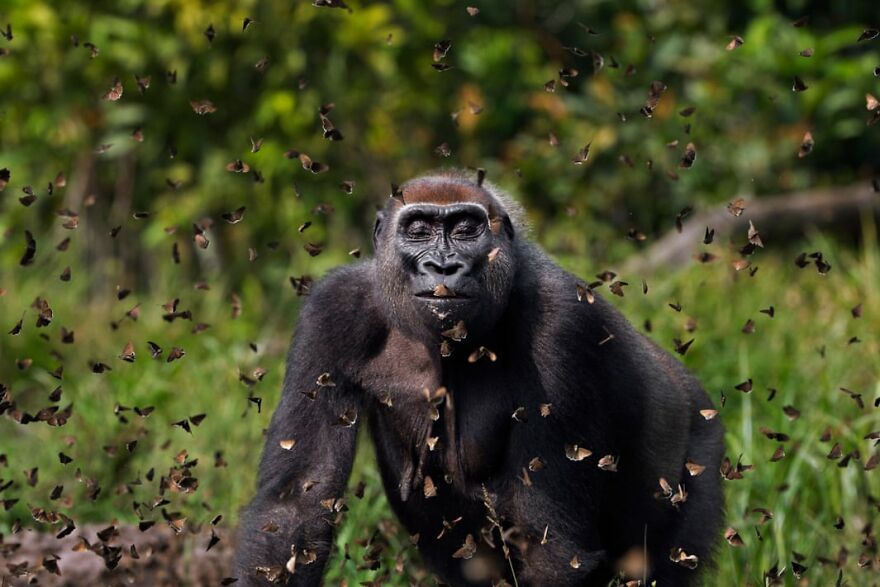 “A female western lowland gorilla, Malui, walks through a cloud of butterflies she has disturbed in Bai Hokou, Dzanga Sangha special dense forest reserve, Central African Republic. ‘I like photos that keep dragging you in. The face. Tolerance or bliss. It’s really hard to tell and the insects draw you there,’ said the celebrity judge Ben Folds.” 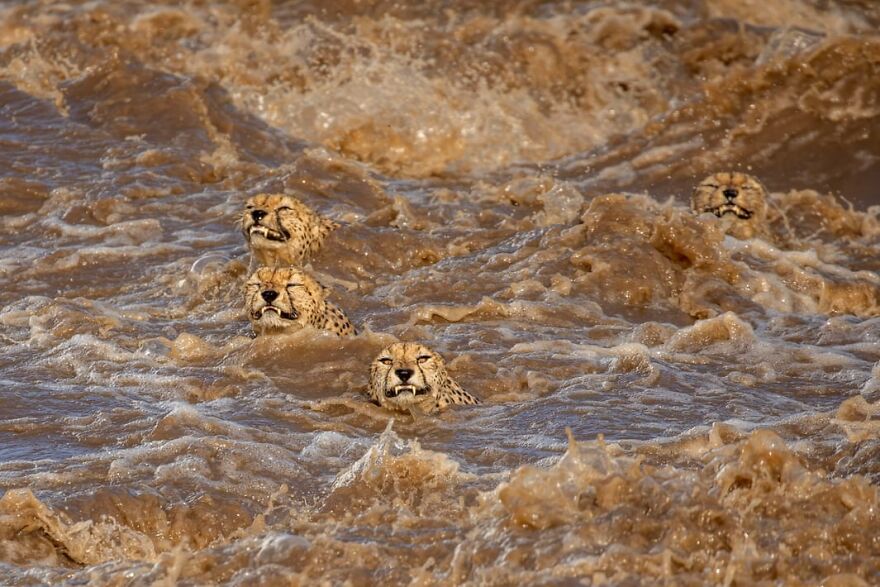 “Incessant rains in the Masai Mara national reserve in Kenya have caused the the Talek river to flood. This group of five male cheetahs, who received the nickname ‘Tano Bora’ ( the fast five), were looking to cross this river in terrifyingly powerful currents. ‘It seemed a task doomed to failure and we were delighted when they made it to the other side,’ De Soyza said. ‘This was a timely reminder of the damage wreaked by human induced climate change.’” 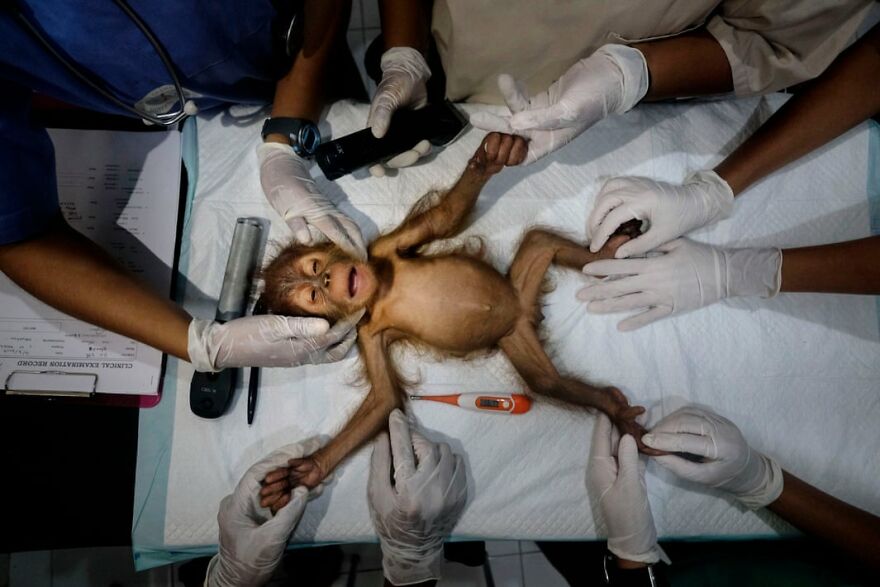 “Orangutans in Indonesia are under threat from the ongoing depletion of the rainforest due to palm oil plantations, logging, mining, hunting. This photograph shows a team of rescue workers preparing Brenda, a female orangutan who is estimated to be three months old as she still has no teeth, for surgery.” 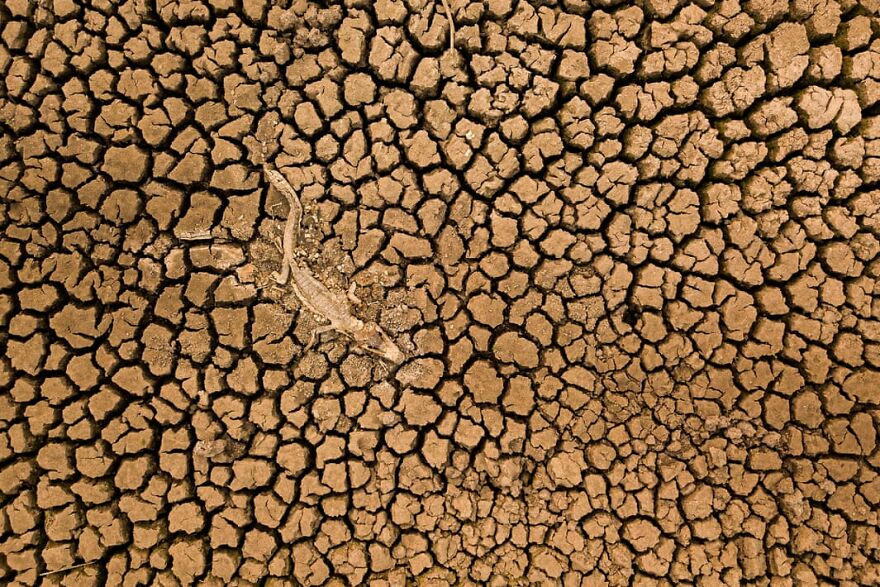 “The carcass of a Pantanal alligator in the dry soil on the banks of the Transpantaneira highway, municipality of Poconé (Mato Grosso). The photo was taken with a drone on 4 October 2020, at the height of the droughts that hit the Pantanal that year.” 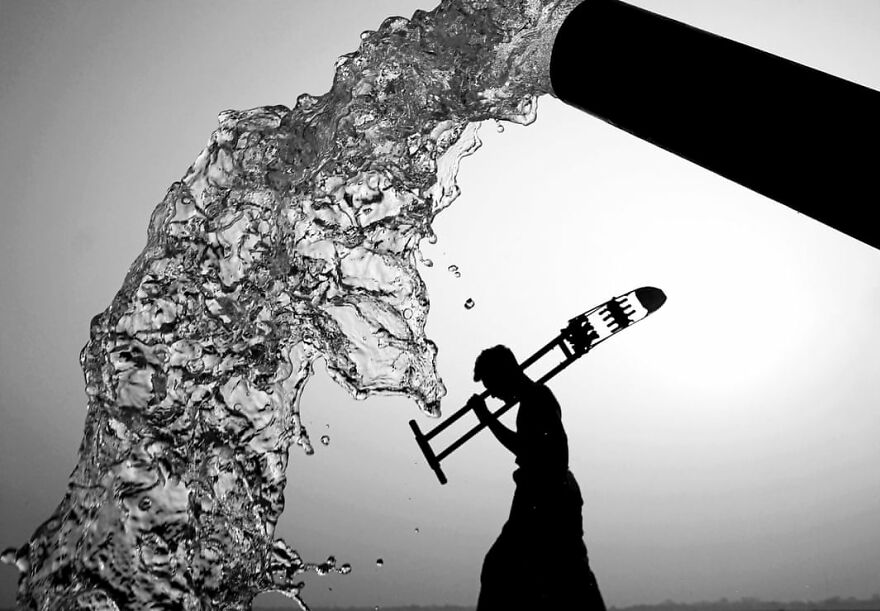 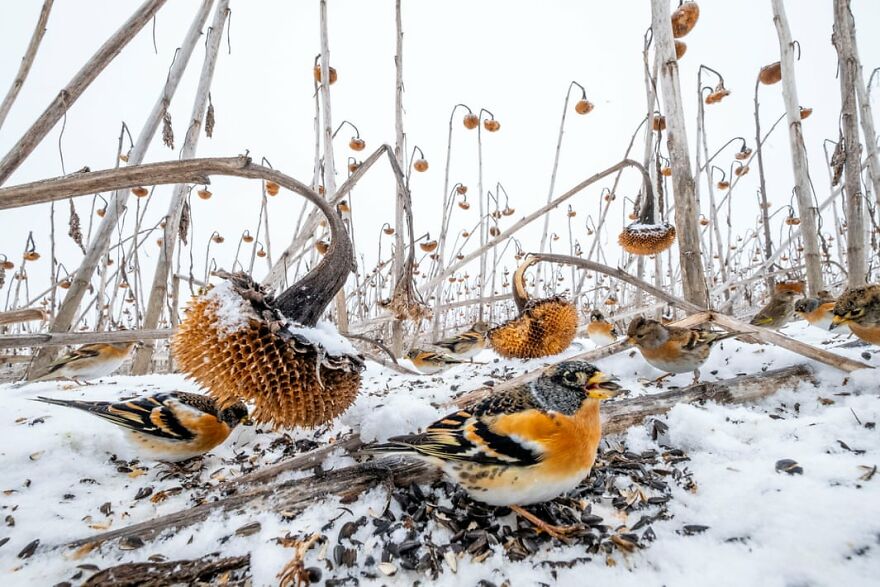 “A large sunflower field, which could not be mowed this year due to the water level, attracted thousands of bird species this winter, mostly greenfinches, goldfinches and ramblings.” 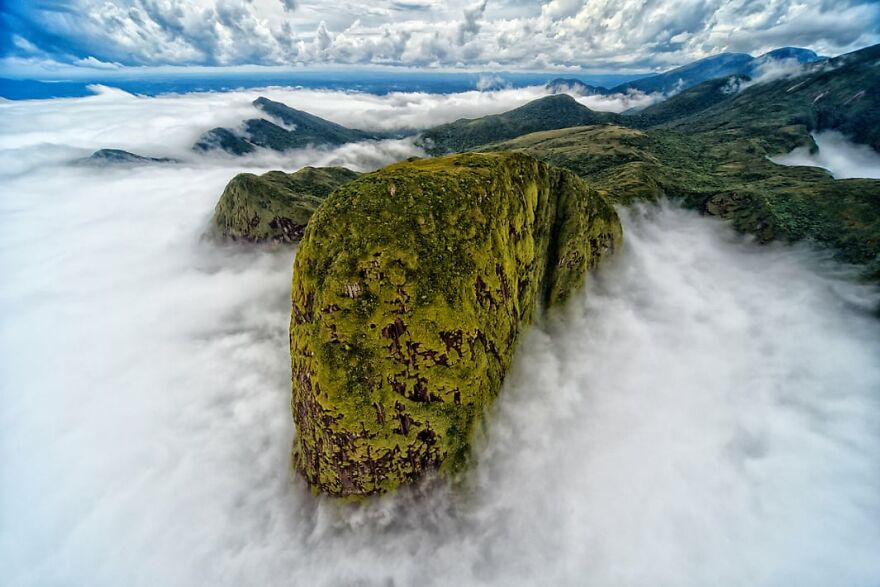 “‘In a helicopter flight through the sea mountain range, I came across this white cloud cover, which resulted in this magnificent image that resembles the head of a dinosaur,’ the photographer said.” 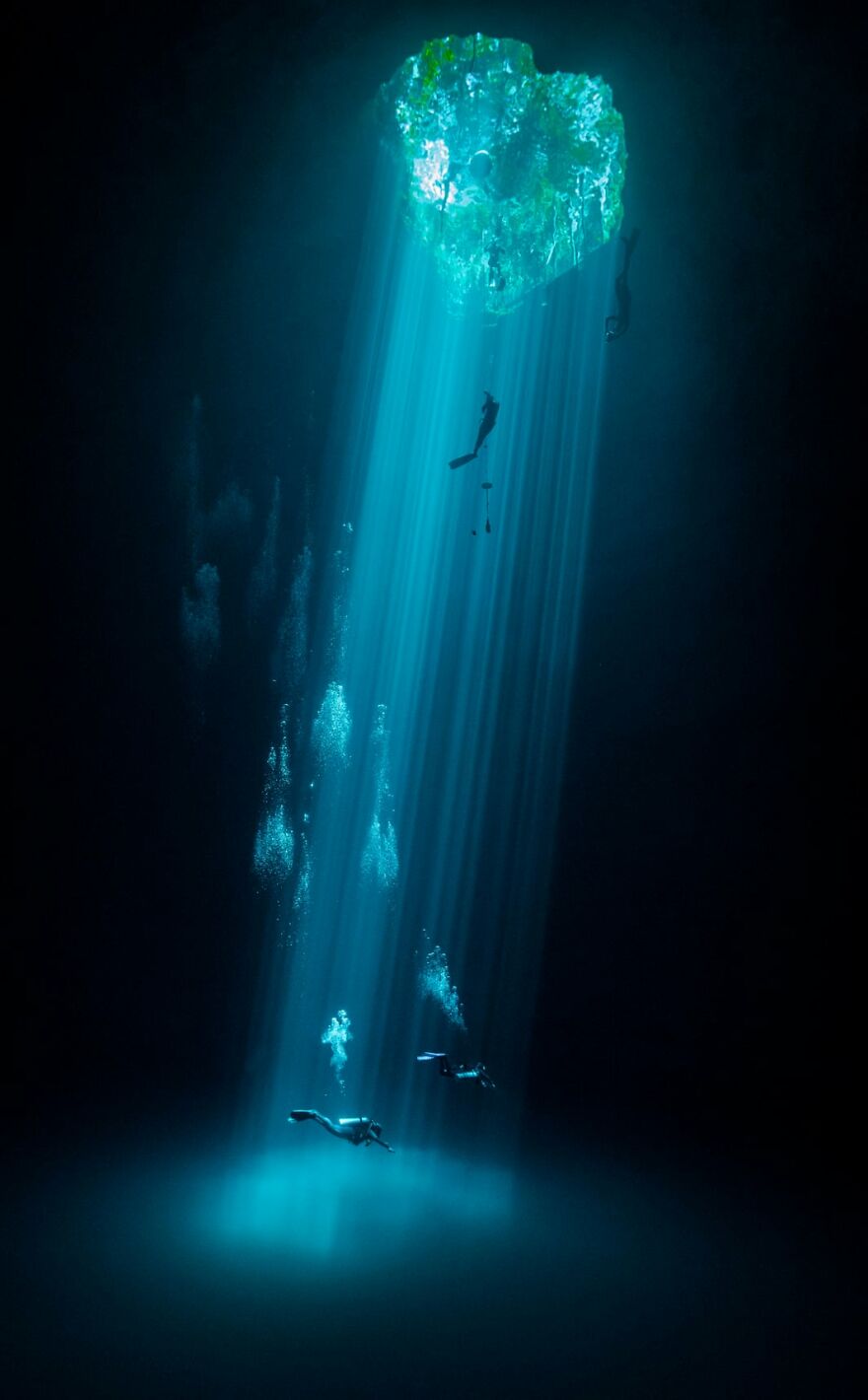 “Three levels of leisure: swimmers, freedivers and divers enjoy their respective sport and recreational activities in a fresh water mass known locally as the Cenotes.” 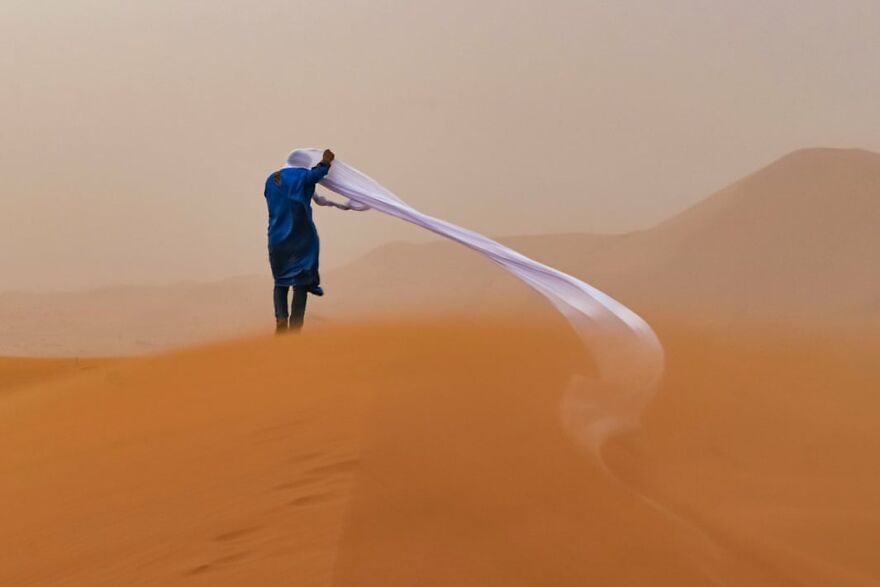 “A guide in the Sahara desert endures a sand storm.” 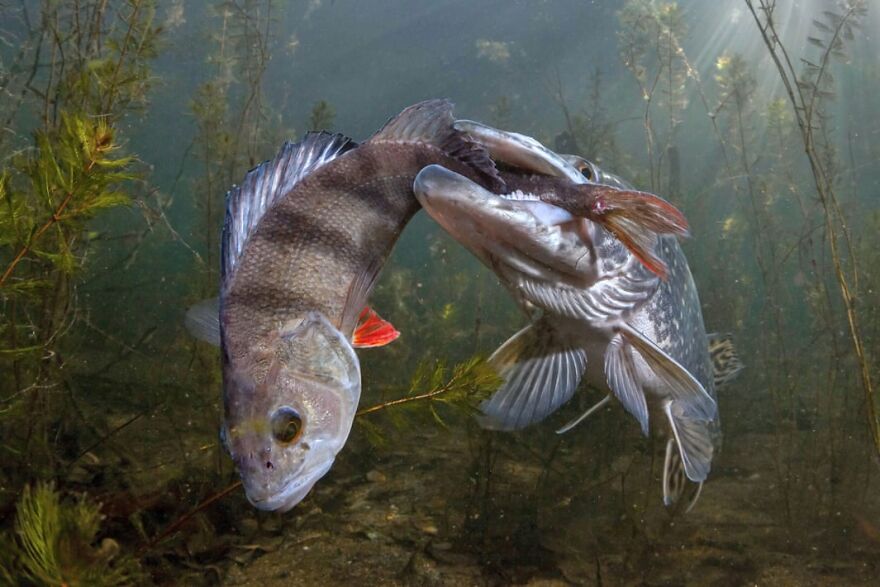 “A pike tries to eat a large perch. “How did this end? I don’t know. The situation didn’t change much in an hour,’ Vrbovsky said. ‘I had to emerge because I was running out of air.’” 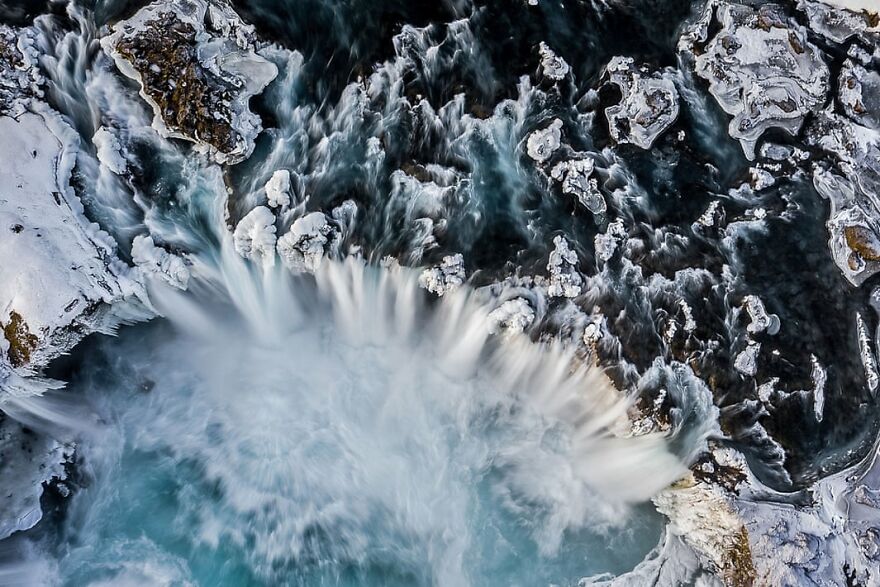 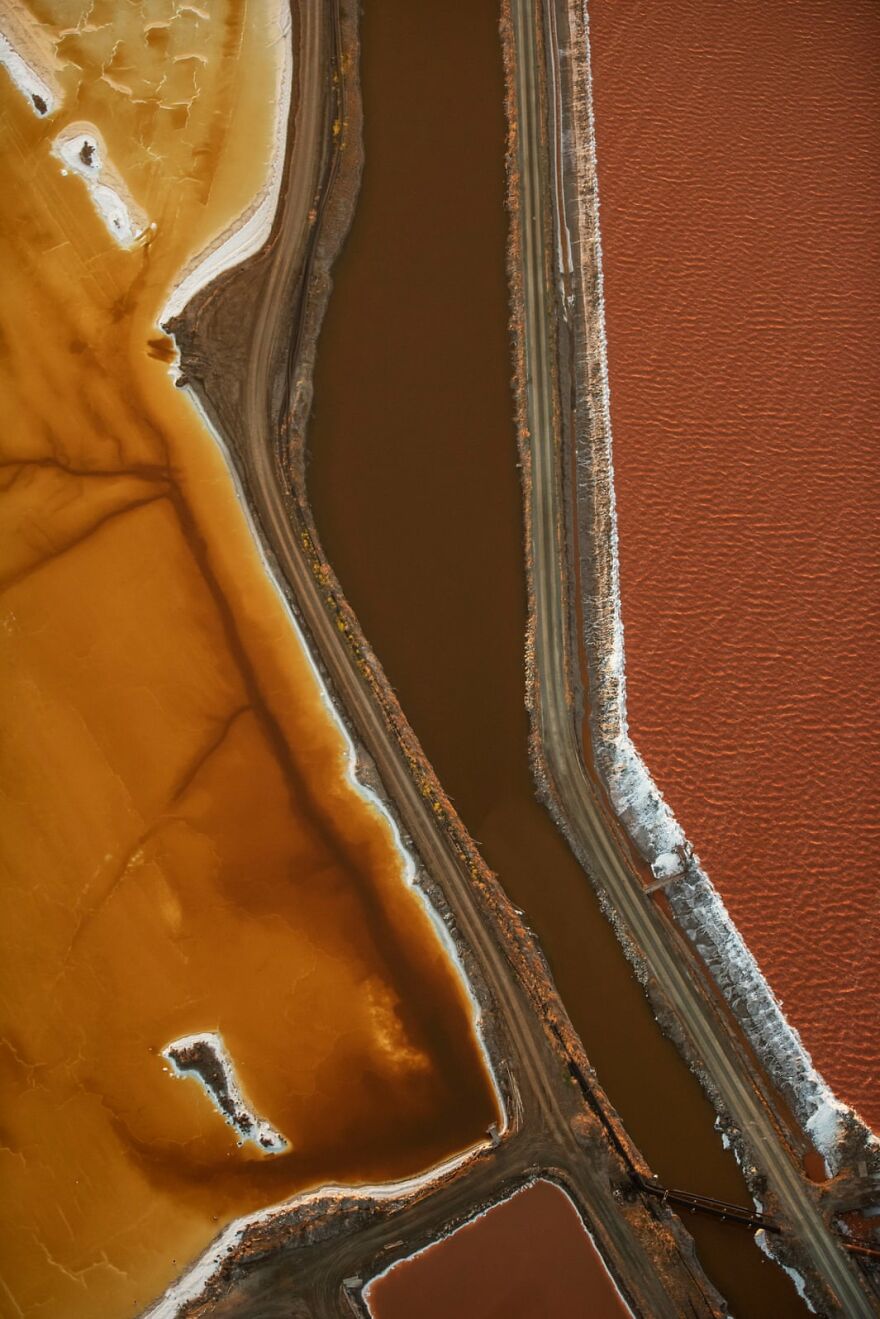 “‘If you have flown into San Francisco international airport, you may have seen these colourful salt ponds over the bay,’ Todorov said. ‘I have photographed them numerous times, as the colours and patterns constantly change thanks to microorganisms and salinity. This aerial image was taken while flying my plane.’” 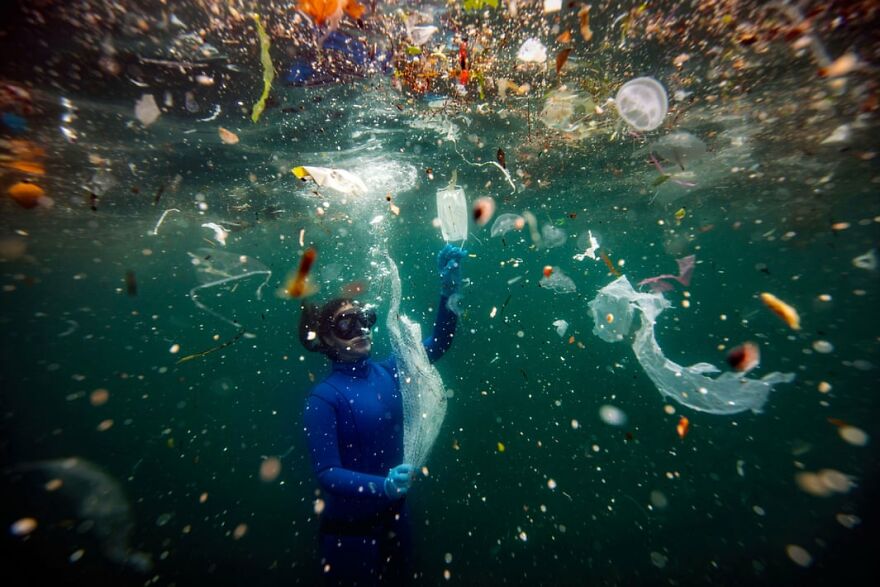 “‘Covid-19 wastes’ are a new danger to aquatic life. According to a World Wildlife Fund report, an equivalent to 33,880 plastic bottles is being mixed into the Mediterranean Sea per minute, with waste washing up on the shores of Italy and Turkey.” 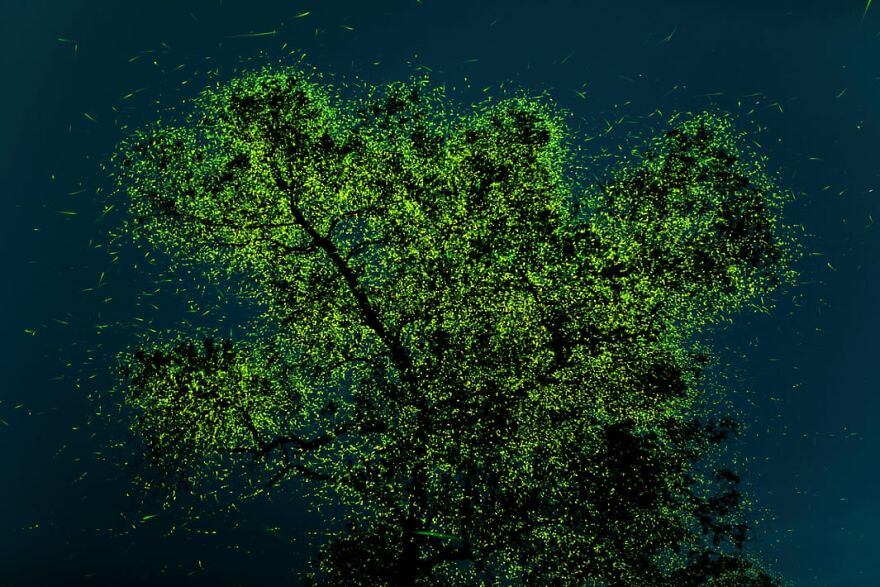 “Just before monsoon, fireflies congregate in certain regions of India. Sometimes milllions of these insects can be found on a few special trees like this one. Thirty-two photographs of this tree were taken and later stacked in Adobe Photoshop, creating this image.” 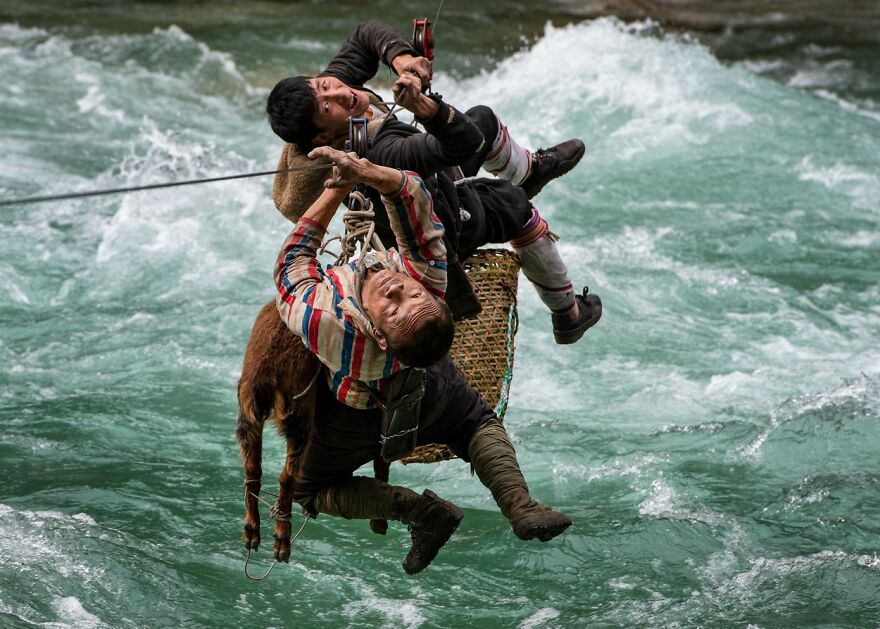