15 Things That Are Normal In Certain Countries, But Are Considered Weird In Others

There are numerous little things that we do every day without giving them any second thought. And even though they seem completely normal for us, turns people from other countries might find them a little weird. And one TikTok user wanted to find out just what those weird things are.

Recently, TikTok user Nasr, aka nas.alive, shared a asking people to share some things that are normal in their countries but might be considered weird in others, and received numerous funny answers. From keeping fish inside bathtubs to having two passports, check out the weirdest things shared by people from all over the world in the gallery below!

TikTok user nas.alive asked people to share some things that only seem normal in their countries and received some interesting answers 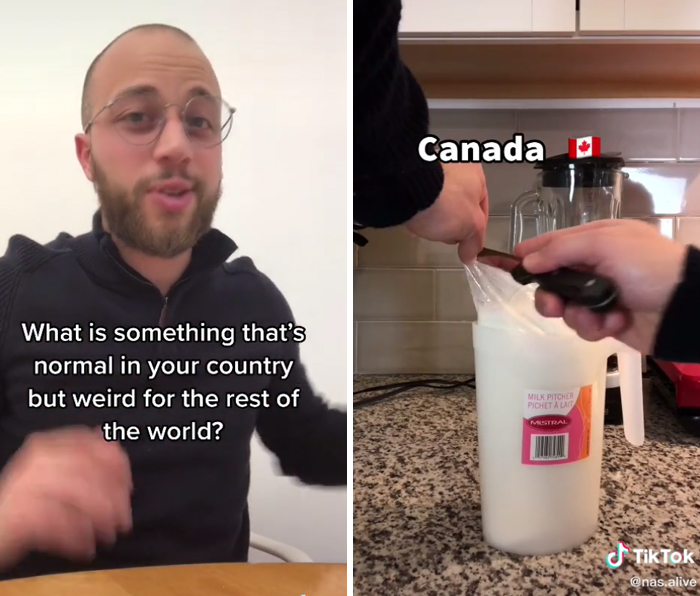 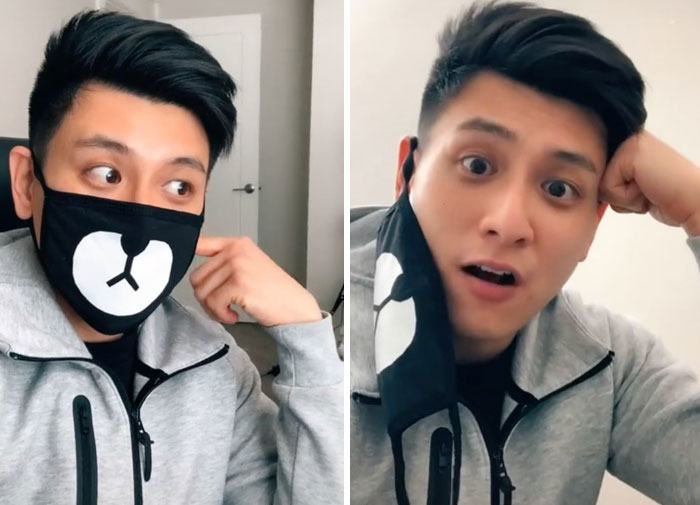 #2 In Slovakia, We Keep Live Fish In Our Bathtub Before Christmas 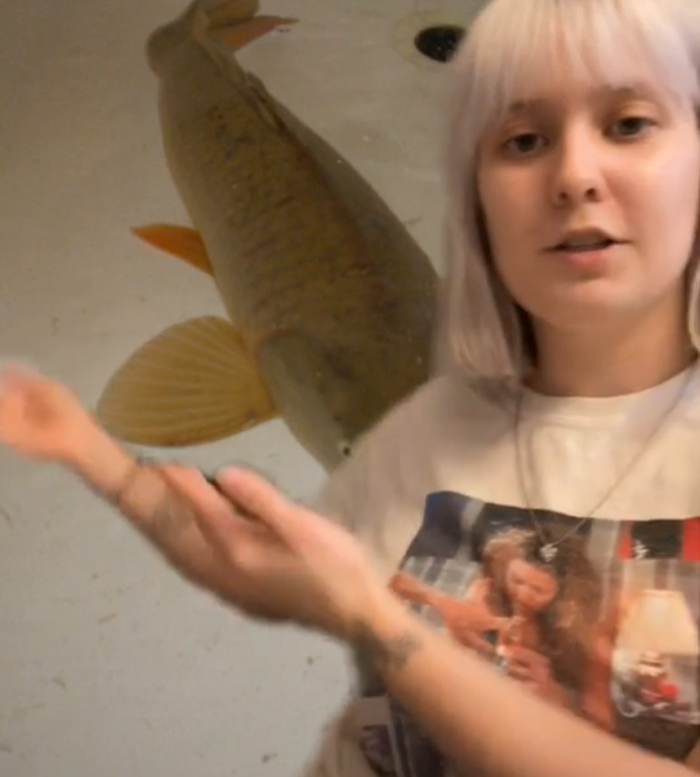 You go to a store, you purchase a live fish, that you bring home in a plastic bag, and you let it live in your bathtub. Because this kind of fish, it’s a karp I believe, and it live in muddy waters. And it’s kinda gross, so it needs to cleanse itself in clean water before you can eat it. My family used to do this every year up until a few years ago, and every year, I named the fish Michael. So before people took a shower, we needed to put Michael in a bucket.

#3 In Denmark If You’re Not Married By The Time You Turn 25 Years Old, Then On Your Birthday You Get Tied To A Pole And Get Cinnamon Thrown At You 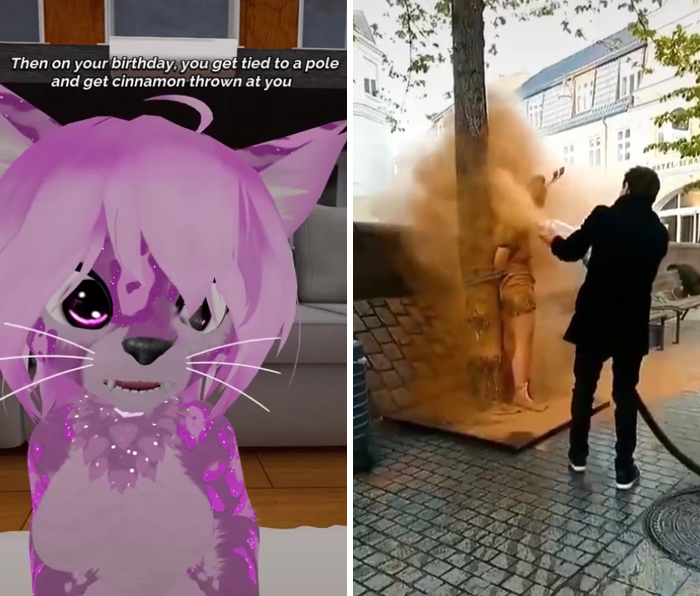 However, if you are still not married by the time you turn 30, it’s pepper.

#4 Sauna In The Apartment In Finland 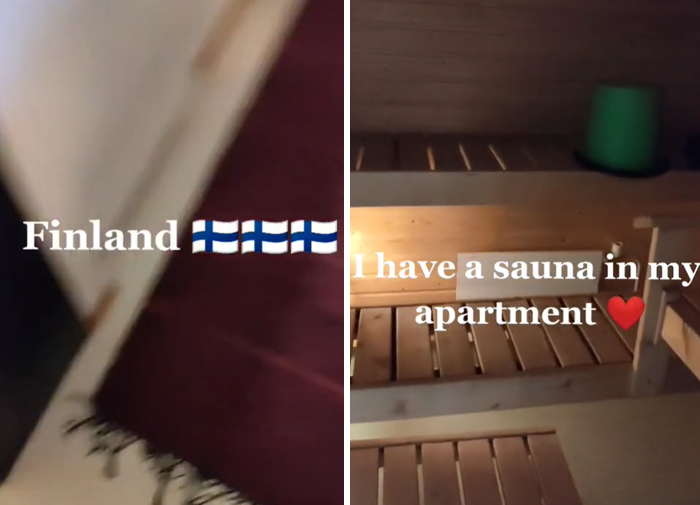 #5 In Norway, Parents Leave Their Babies Outside To Nap, Even If It’s Cold 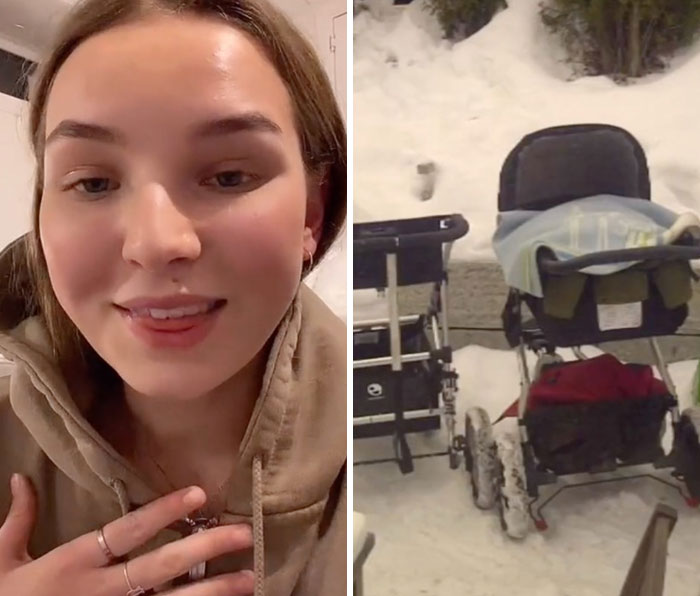 I thought this was a normal thing everywhere until my American friends were like “what the [hell], why do you do that? That is so weird”.
So we leave our babies outside when they’re supposed to sleep. For example, If you’re going to a restaurant, there will often be strollers outside with babies sleeping in them. It’s normal in most of the Nordic countries. I just thought it was a thing everywhere. And also when they’re in kindergarden and it’s nap time, you’ll just see a bunch of strollers outside. And no they are not cold, they are always packed in the stroller with a bunch of clothes

#6 In Sweden, People Cool Drinks Outside In The Snow 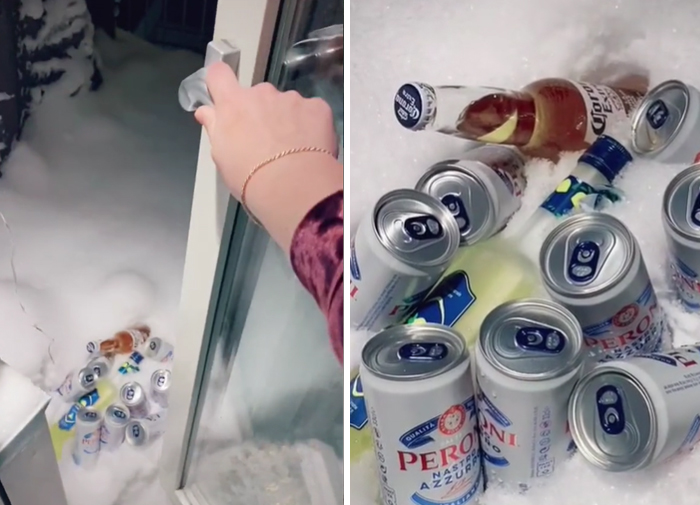 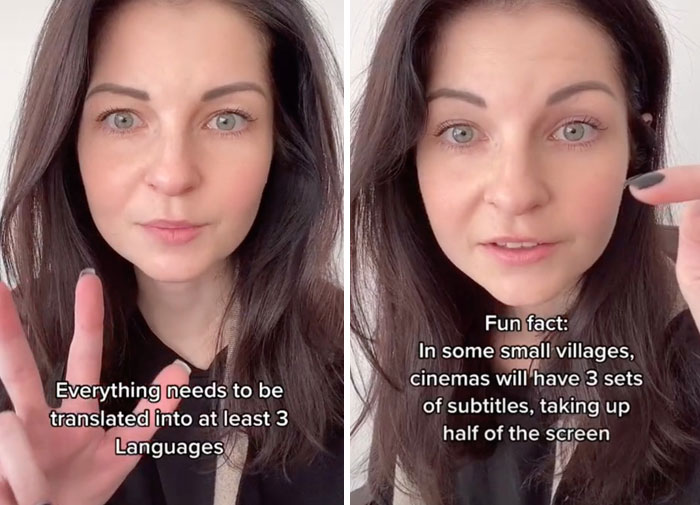 Everything has to be translated into at least 3 languages. I live in Switzerland, a small country in the center of Europe with 8.5 million population. There are 4 national languages: German, French, Italian & Rhaeto-Romance. Rhaeto-Romance is spoken by a small part of the population so it’s not widely used in businesses. If you have a nation-wide business, your website needs to be translated into at least 3 languages, same with brochures, instructions, product boxes. Sometimes if large companies do a presentation, they will actually do it in 2 languages, or people will receive headphones with a live translation. In some small villages, cinemas will have 3 sets of subtitles, taking up half the screen.

#8 In Ireland, If Your Friend’s Mom Offers You Food, You Have To Say ‘No’ A Bunch Of Times While She Insists And You Finally Give In 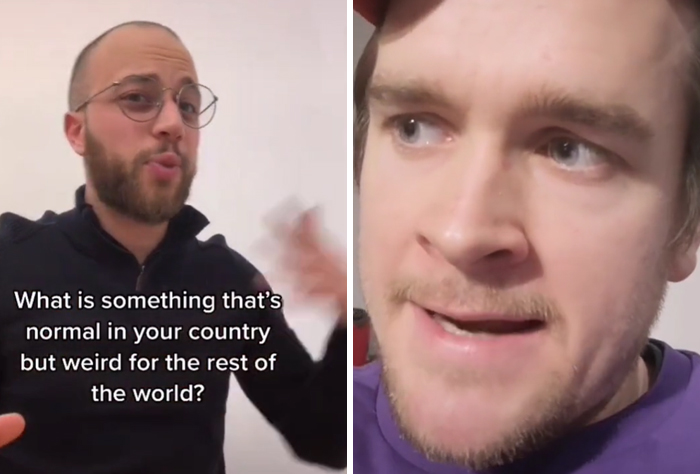 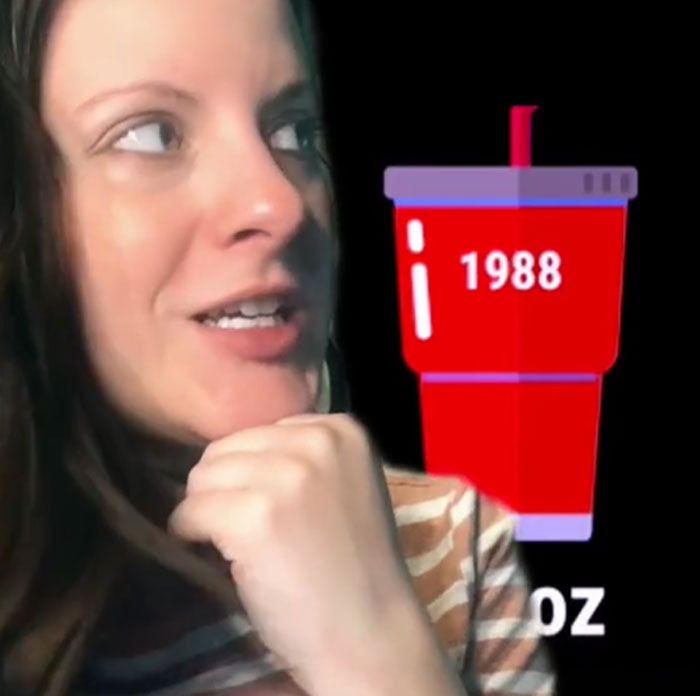 The sheer amount of carbonated beverages that we drink. I’ve never been to a country where this is a normal standard amount of sugar. Even when I was in Europe, none of the soft drinks were ever this big, this is a purely American thing. And probably for the best, because nobody needs 44oz of coke.

#10 In Brasil, We Are Very Obsesive About Oral Hygene 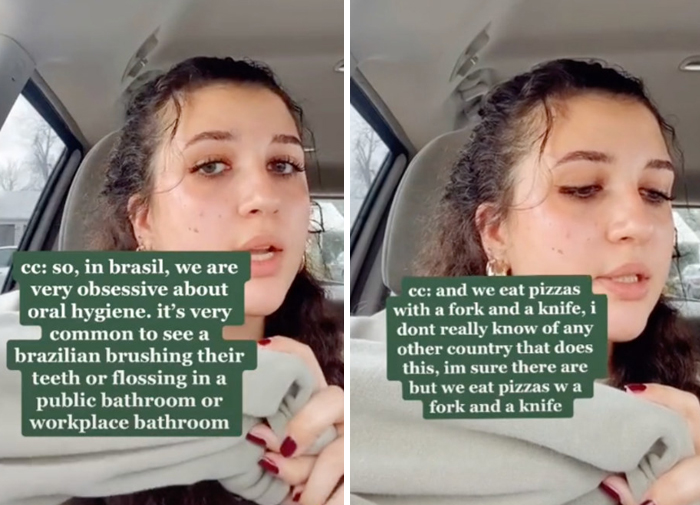 #11 That’s How We Greet Each Other In UAE 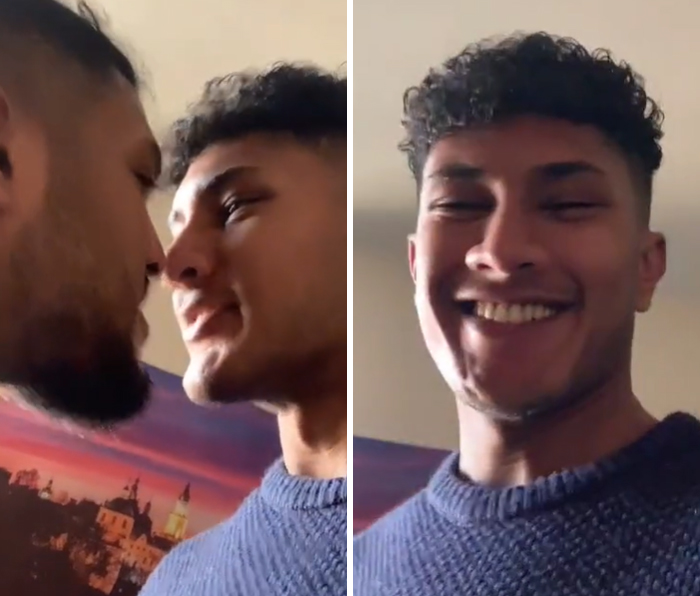 #12 In Sweden, You Can Google A Lot About A Person, Like Their Address, What Car They Drive, How Much They Earn 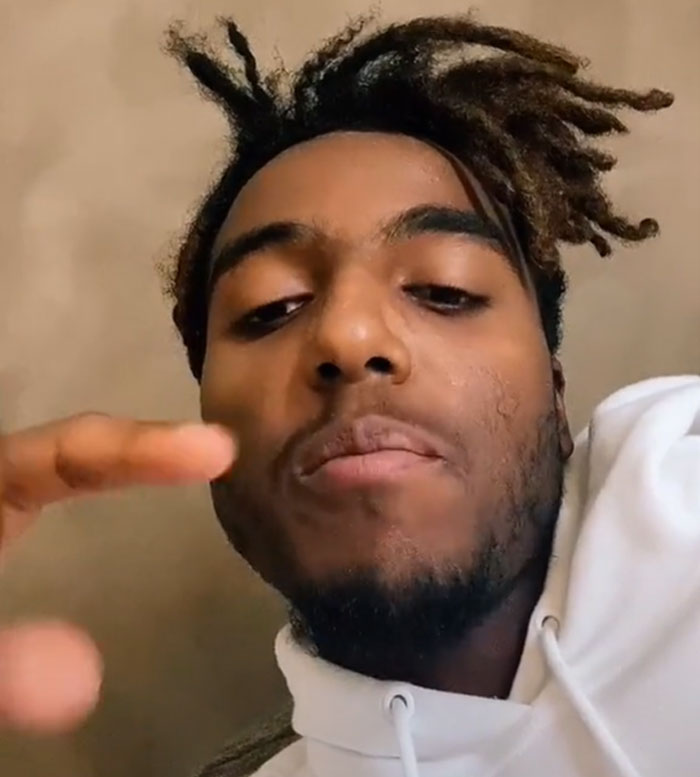 In Sweden, you can just type in the name of the person on Google. The results will come up, his full name, date of birth, where he lives, what car he drives, how much he earns, everything. It’s free for everyone to just check, I think that’s very unnatural. 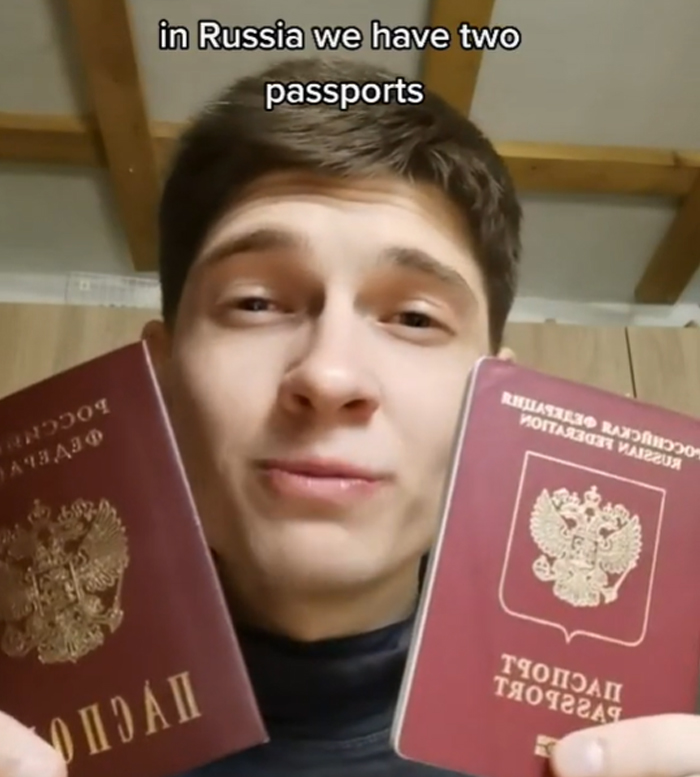 One is for internal use, which is basically an ID card for most countries. But here in Russia, we have many pages of information about our citizens, like who your children are, where are you living, and other things like that. The second passport is an international, Russian Federation passport. And not every Russian has it, you need to pay about $60 to $70 to get one. And all my visas are stored here.

#14 In Argentina, When You Graduate University Your Friends And Family Attack You With Food And Paint 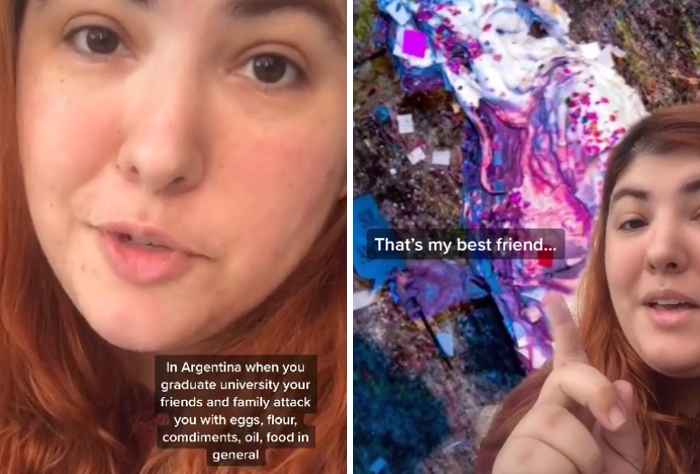 In Argentina, when you graduate university your friends and family attack you with eggs, flour, contiments, oil, food in general, paint, foam, anything. And they just drench you in head to toe as a celebration. The way it works is you let everyone know when your final exam is, and if you pass, you change into comfy clothes and everyone gathers around you and throws stuff at you. In the past few years it has changed from food to paint, foam, confetti, as to not waste food, but a lot of people still do the food thing. So you go with a carton of eggs and just whack them at the person who graduated. 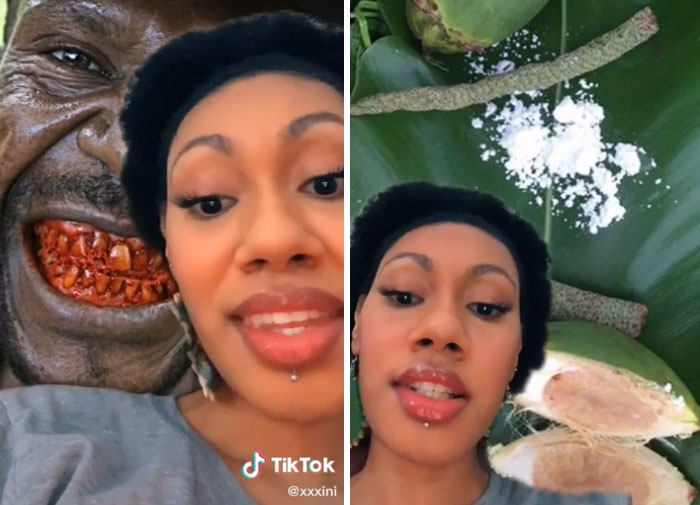 If you ever visited, you might be surprised to see so many people with red-stained mouths. Well, it’s from chewing betel nut. It’s a social practice that every Papua New Guinean does. From the elders to the young ones. And there are 2 ways to chew betel nut. You can just crack open the green nut and chew the flesh regularly, or you can dip the dake, which is the green stem, into the kambang, which is a white powder, to produce a red paste in your mouth. And basically, this is a drug, it’s a stimulant, it’s like coffee, it gives you a burst of energy, people usually chew this in the mornings.