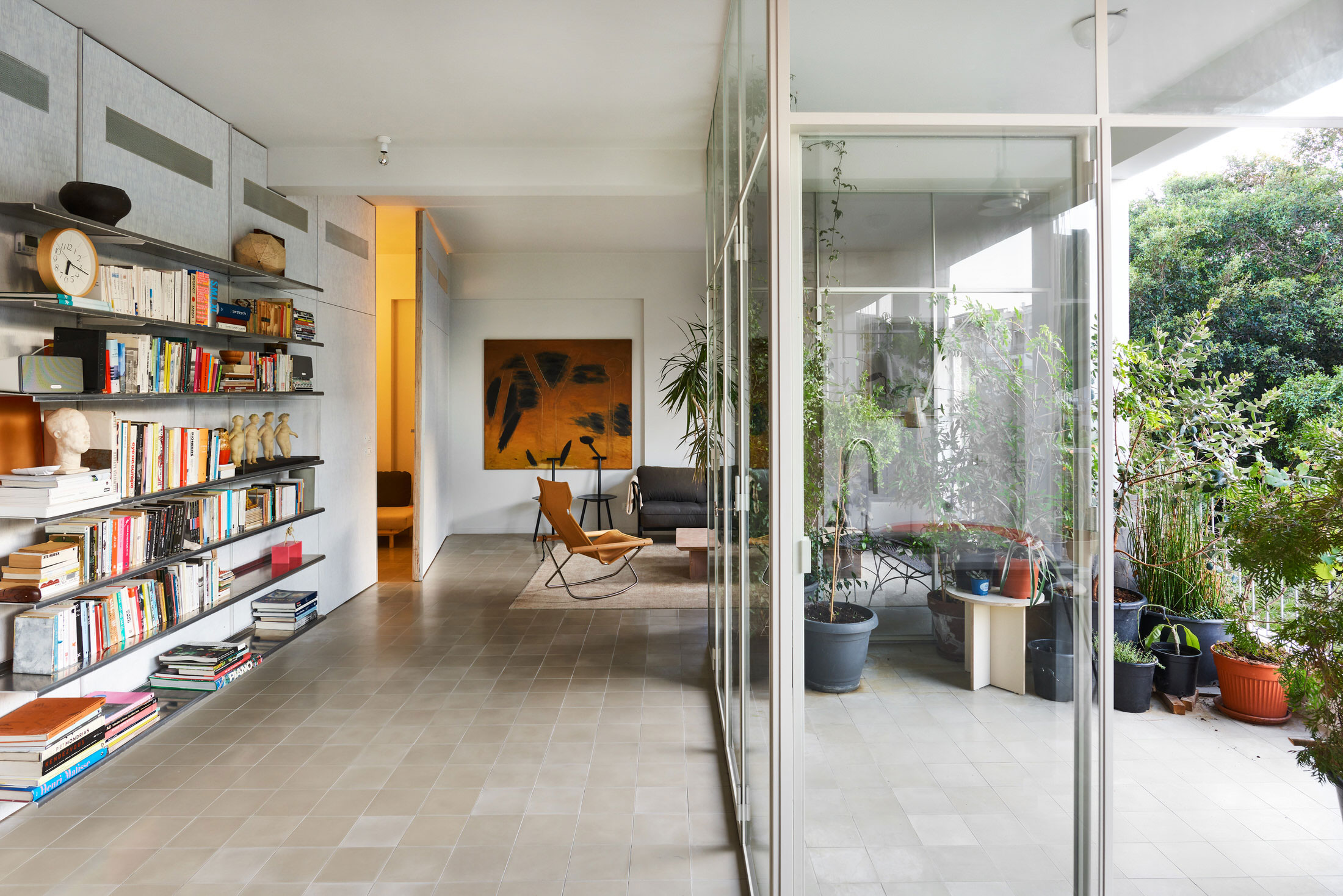 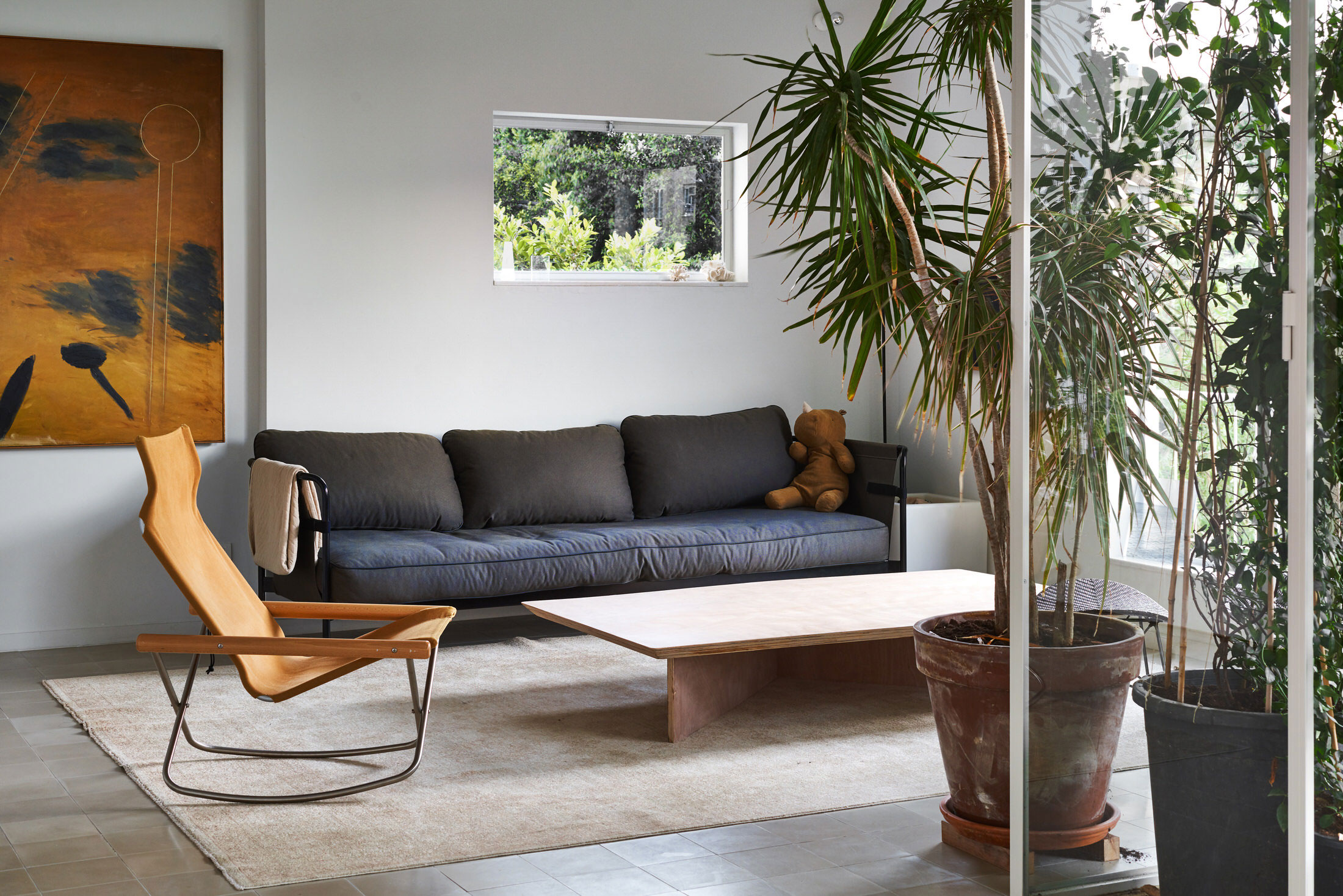 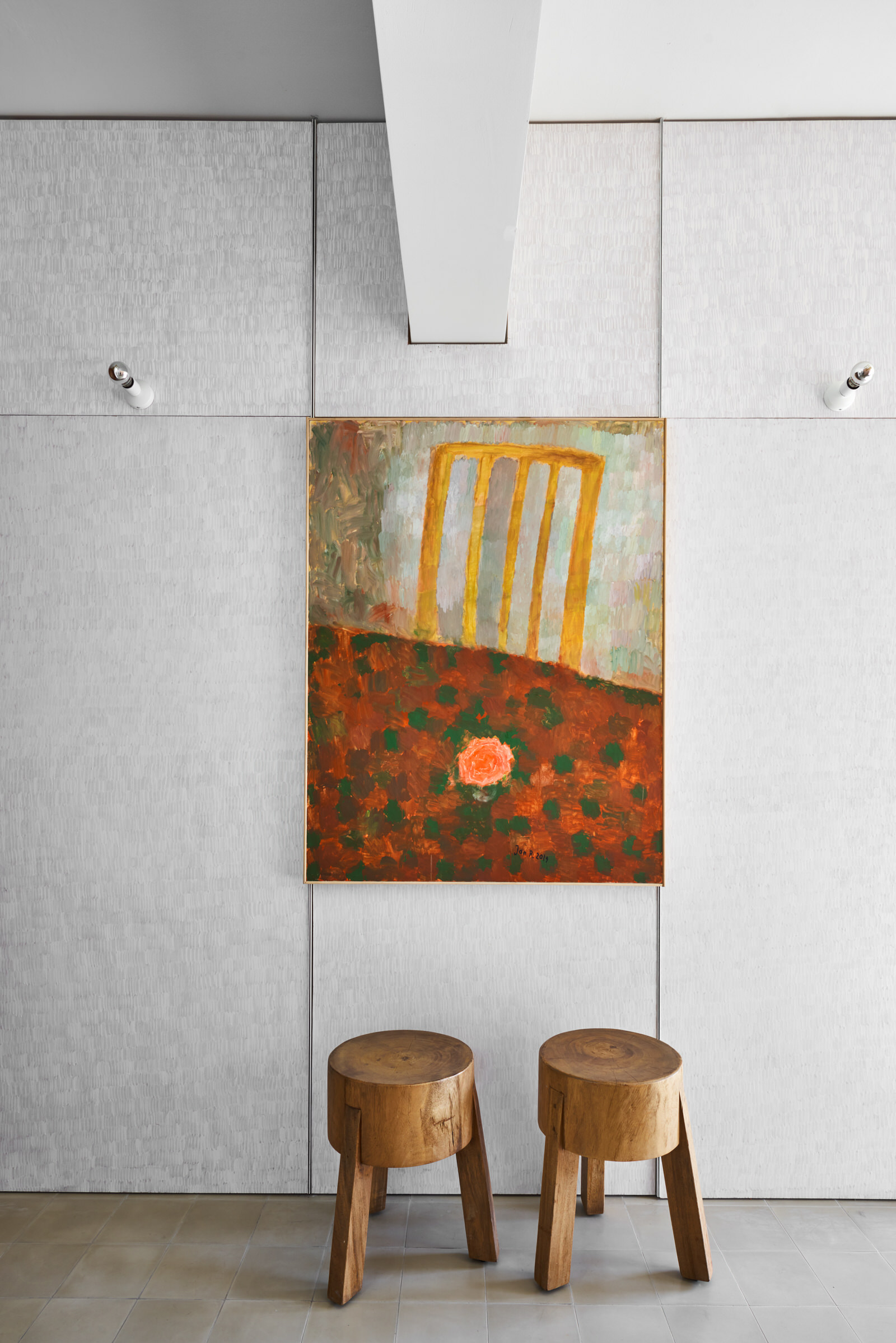 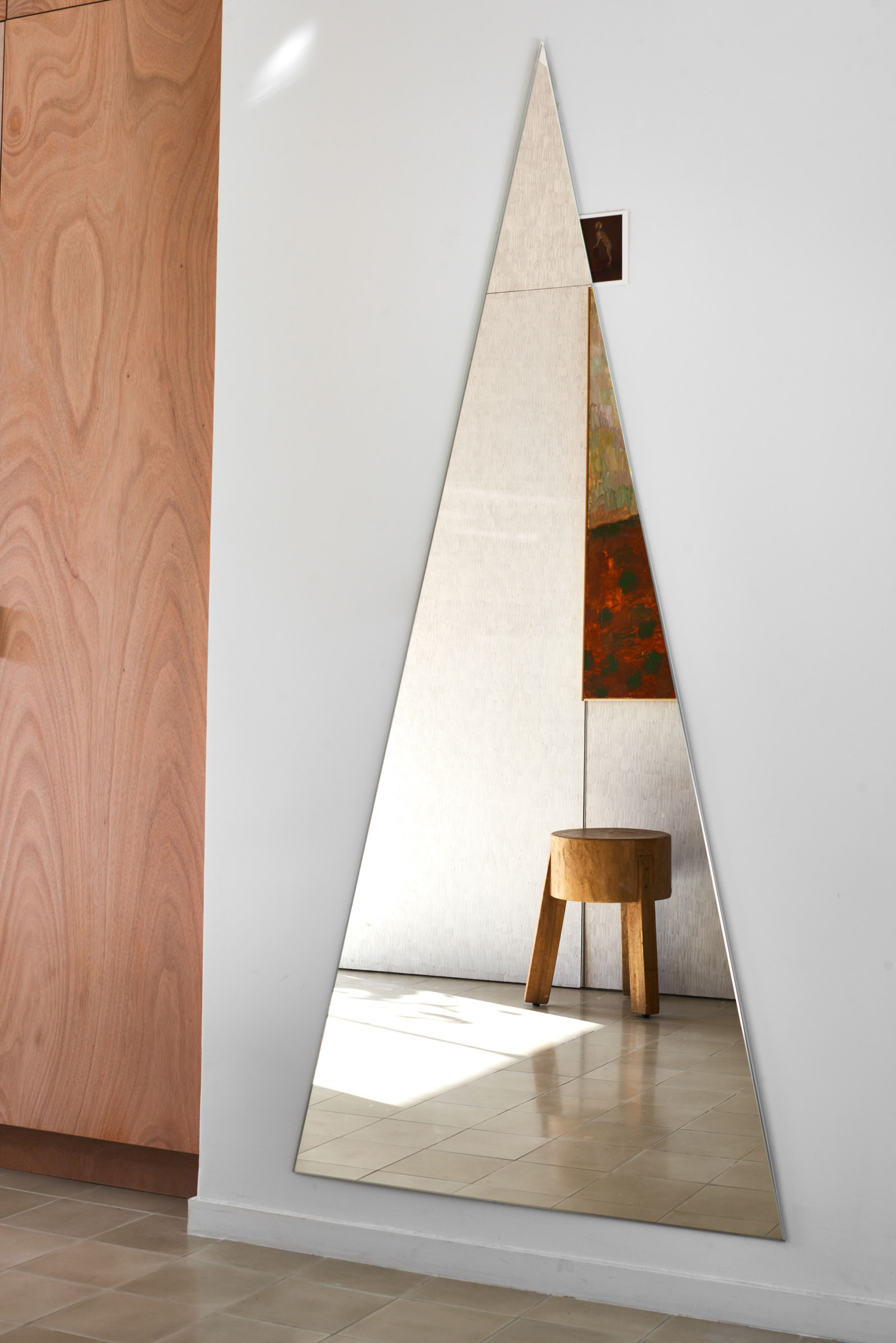 Sitting amongst the treetops, this green and airy oasis is located on the fourth floor of an apartment building on Chen Boulevard in . Considering it has not been renovated since the 1950s, were engaged to transform the 130 square metre interior into a more comfortable and liveable home.

With good bones, the original home is almost square in shape with its eastern and western sides featuring large openings both to the boulevard and to the block’s inner . The main division separates the apartment’s private spaces from its public areas. The public spaces face west, toward the boulevard’s trees, through a number of large windows. The private rooms are set in the rear of the apartment and face the inner eastern courtyard. 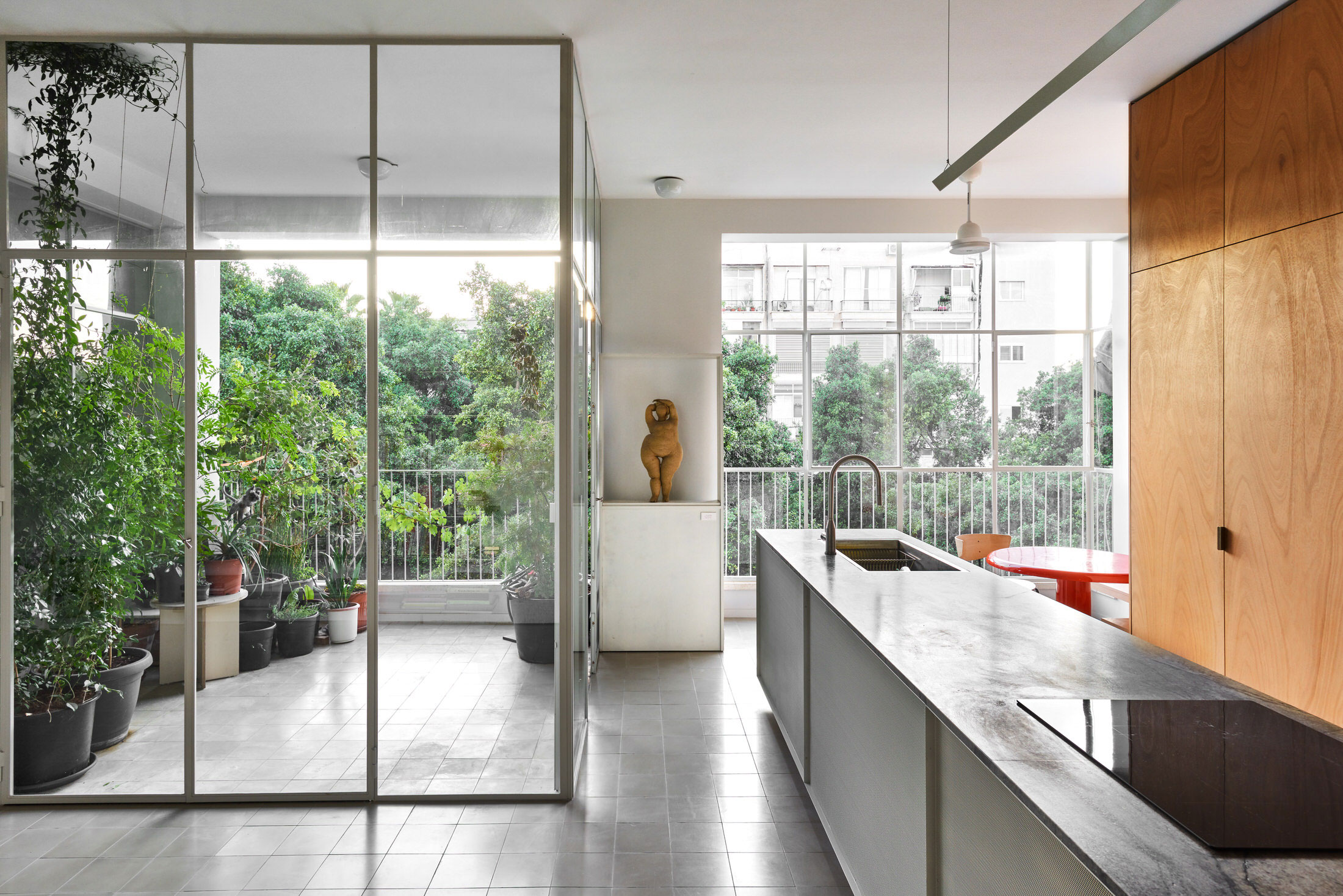 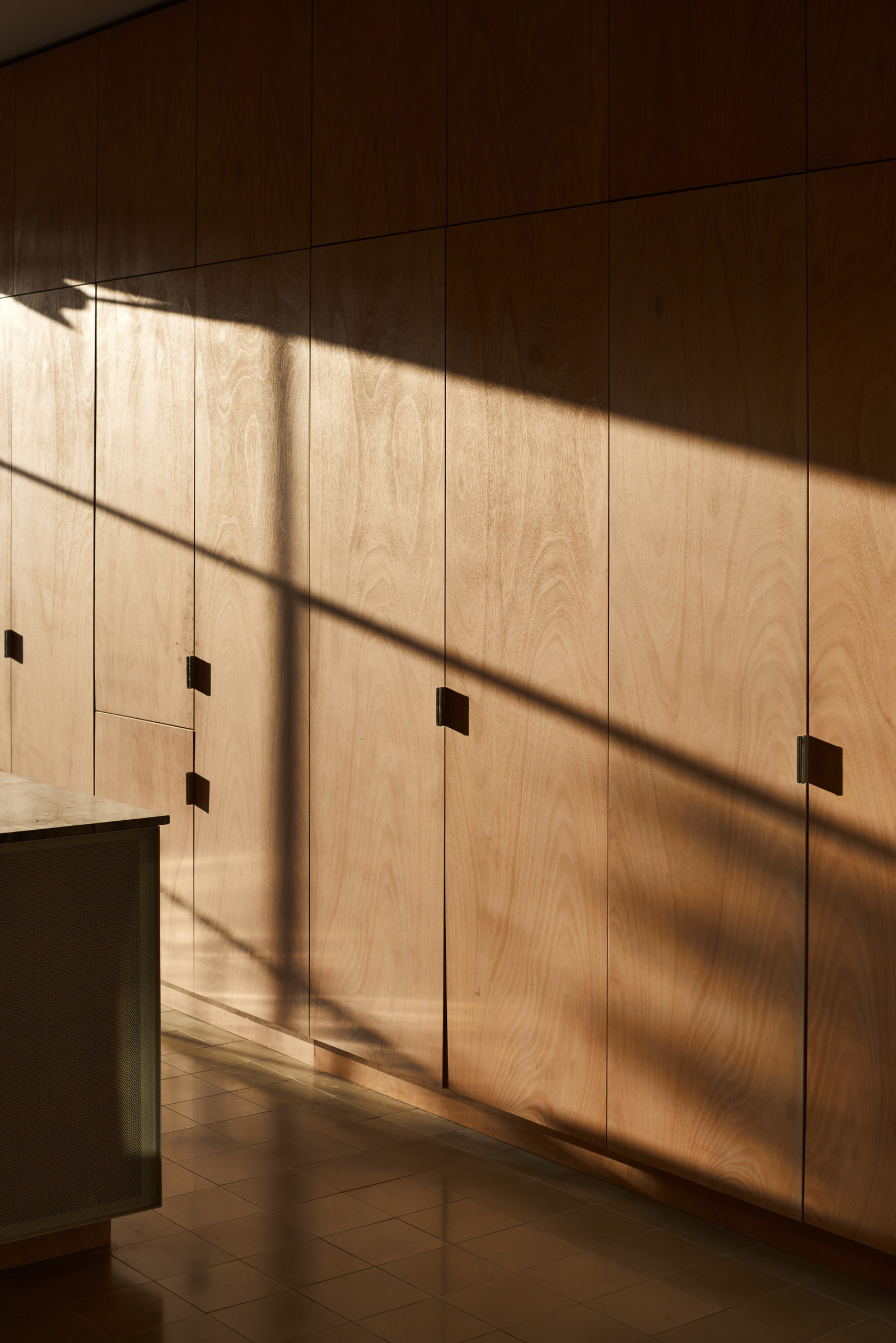 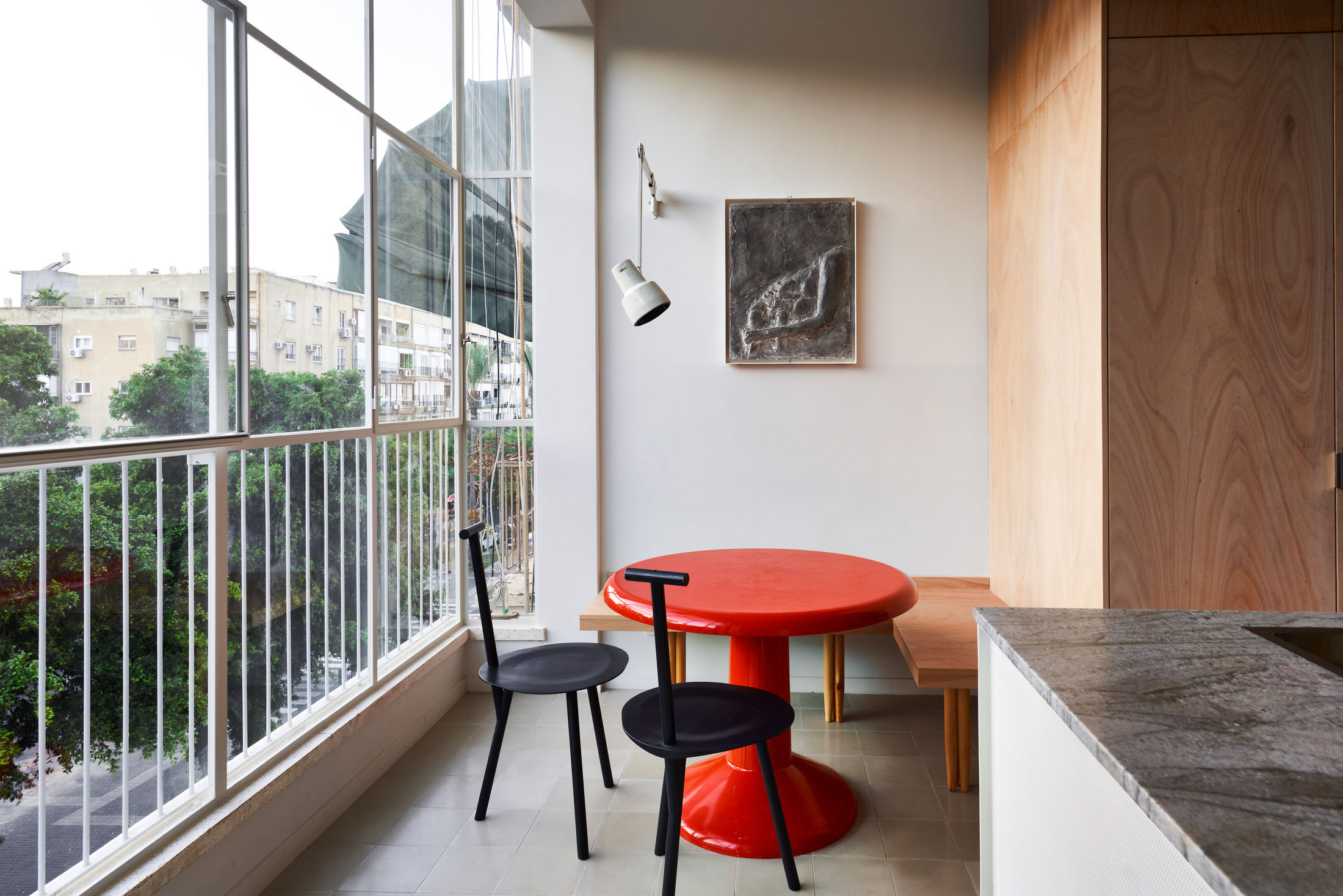 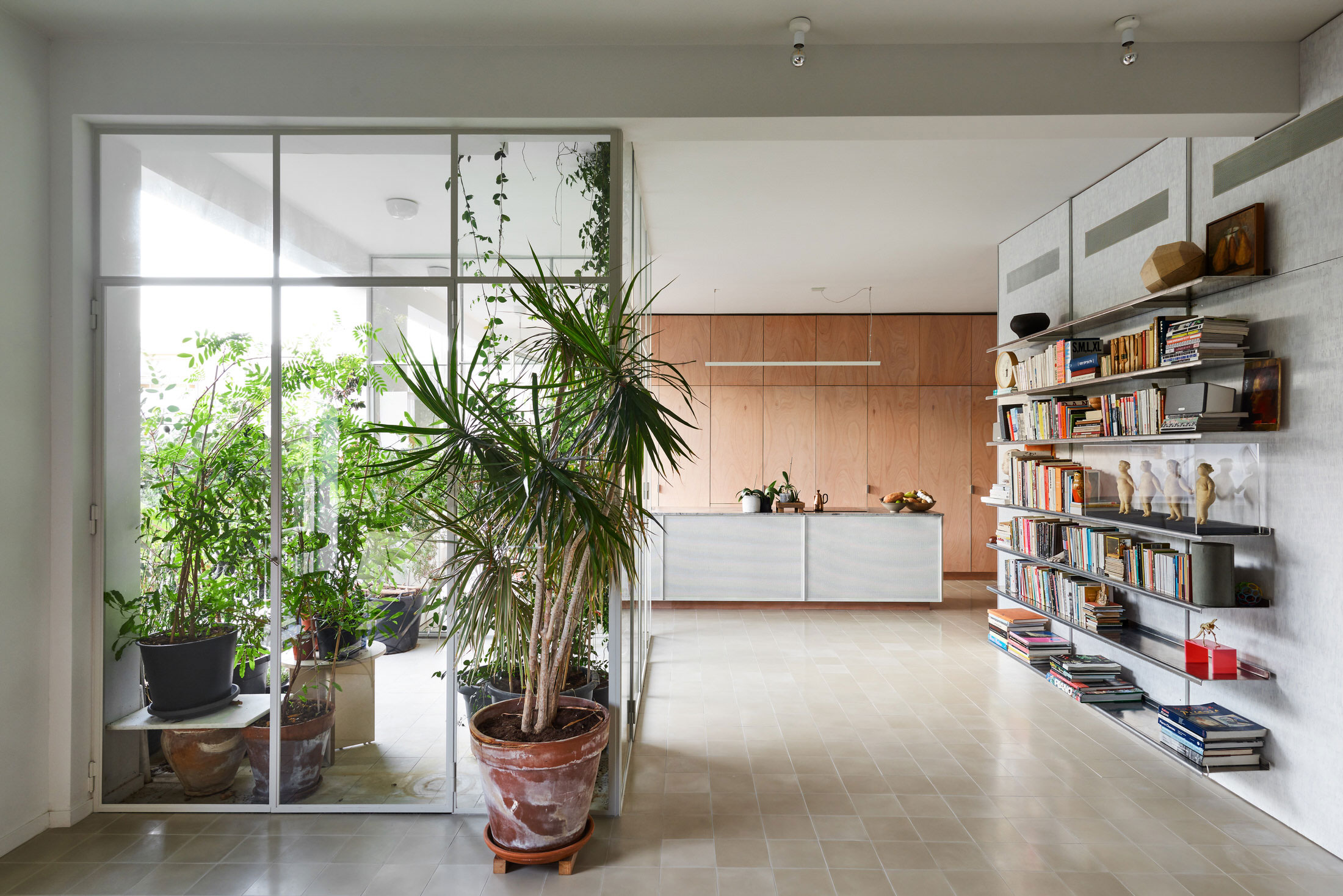 The apartment was originally kitted out with two elongated balconies—one parallel to the tree-lined boulevard, and the other parallel to the inner courtyard. This was intended to protect the interior space from the heat and the strong eastern sun, but also prevented direct access to the front, allowing for only two bedrooms.

Salty Architects wanted to bring the surrounding indoors, and a sense of the outside into the apartment’s interior. To do this they changed the size and shape of the , extending it as far as possible to the inner depths of the home. Now square in shape, the greenhouse-like balcony divides the public space in two zones— and . While previously the kitchen was a separate, closed room at the rear, it is now an integral part of the public area—fostering a social and open living space—located next to the “boulevard”. Dining is off the kitchen, facing big to the west and across a makeshift corridor in line of sight sits the generous living room. 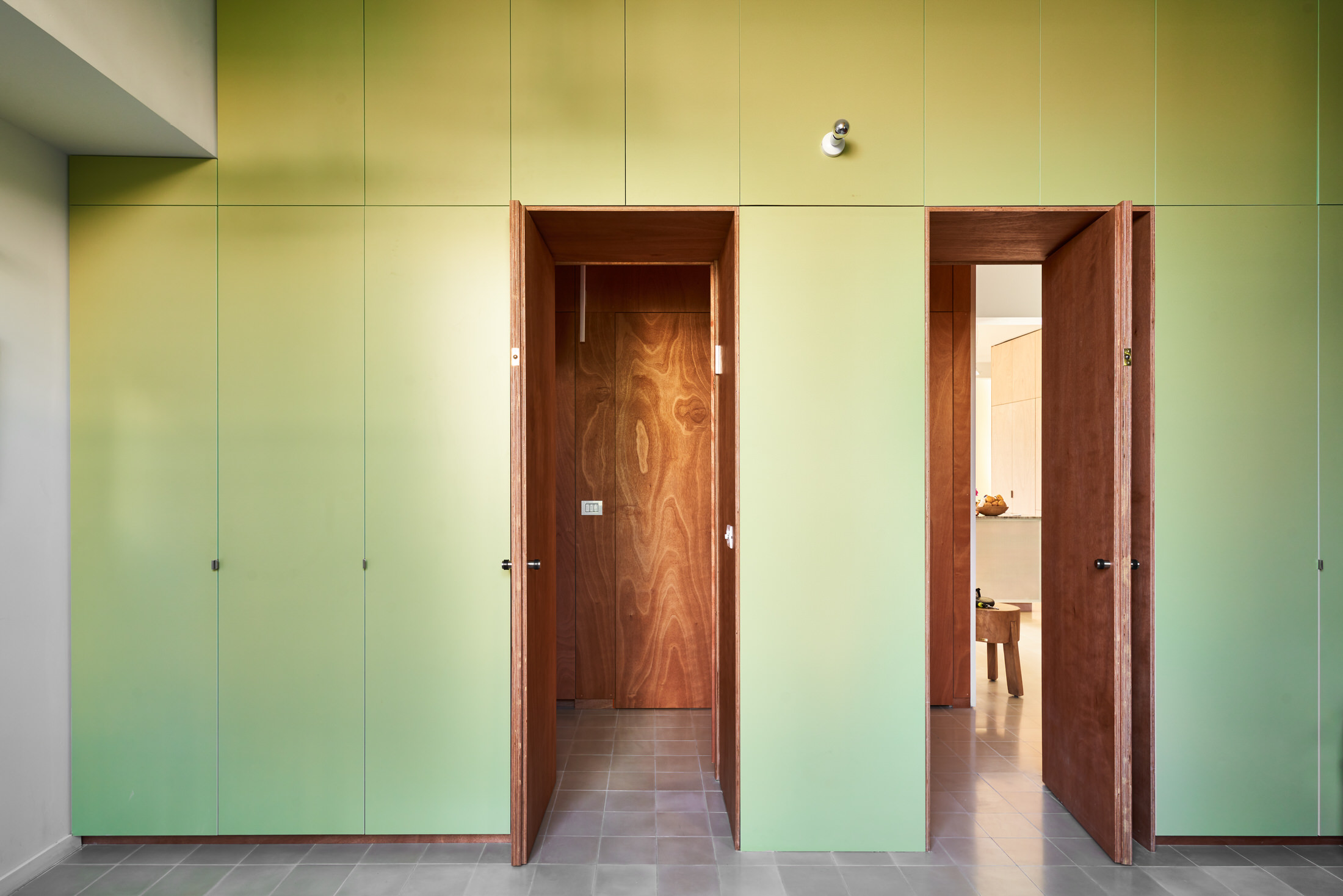 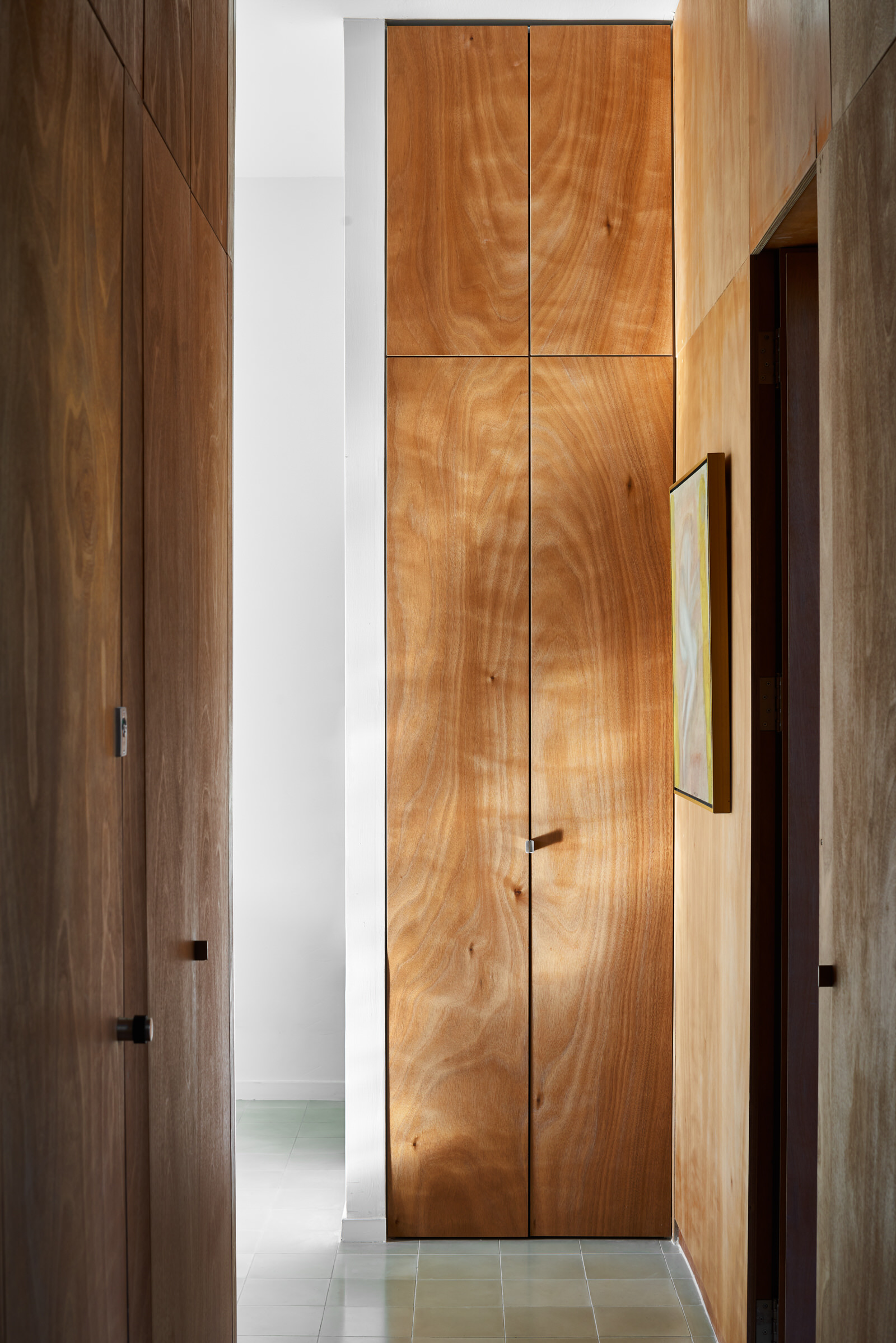 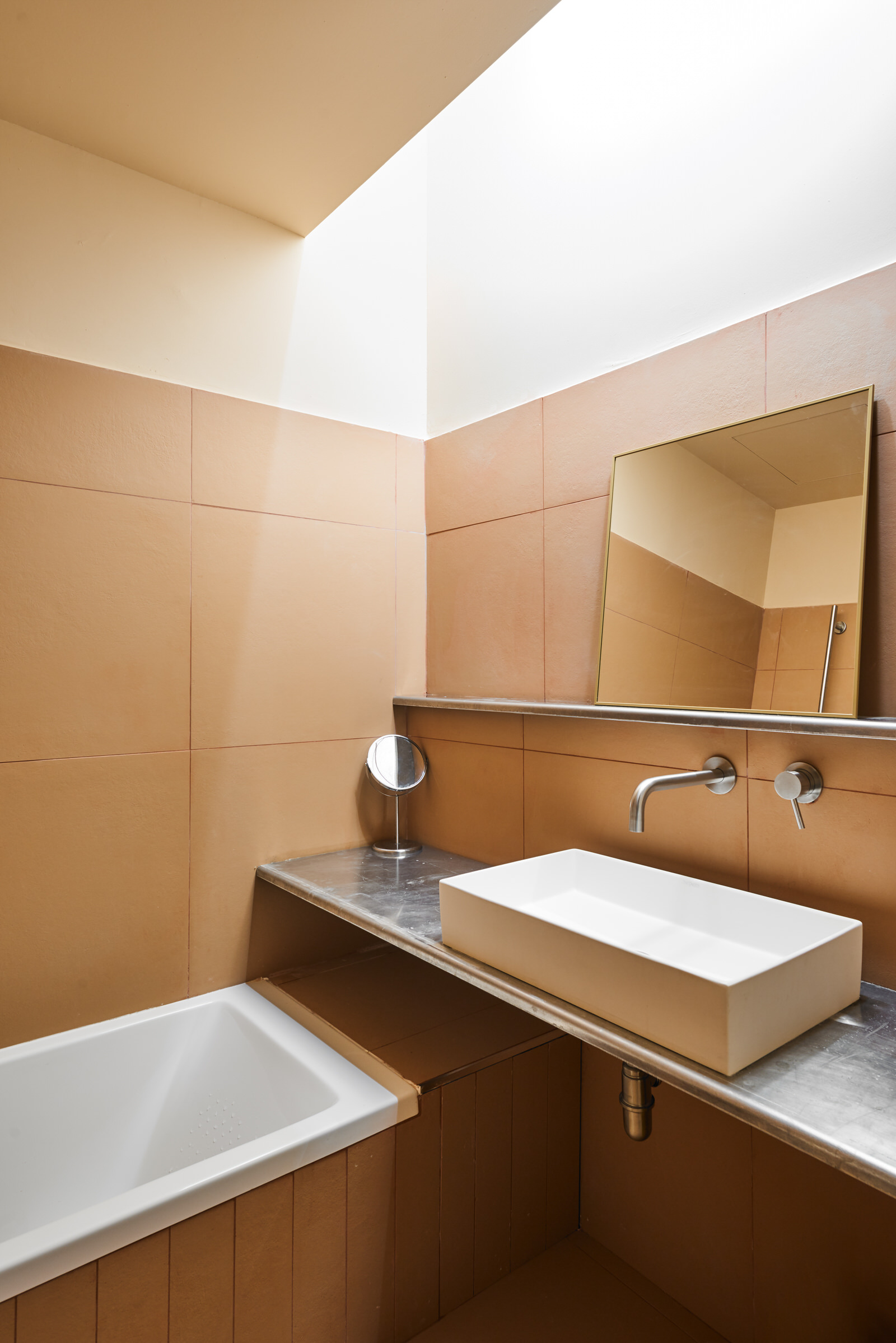 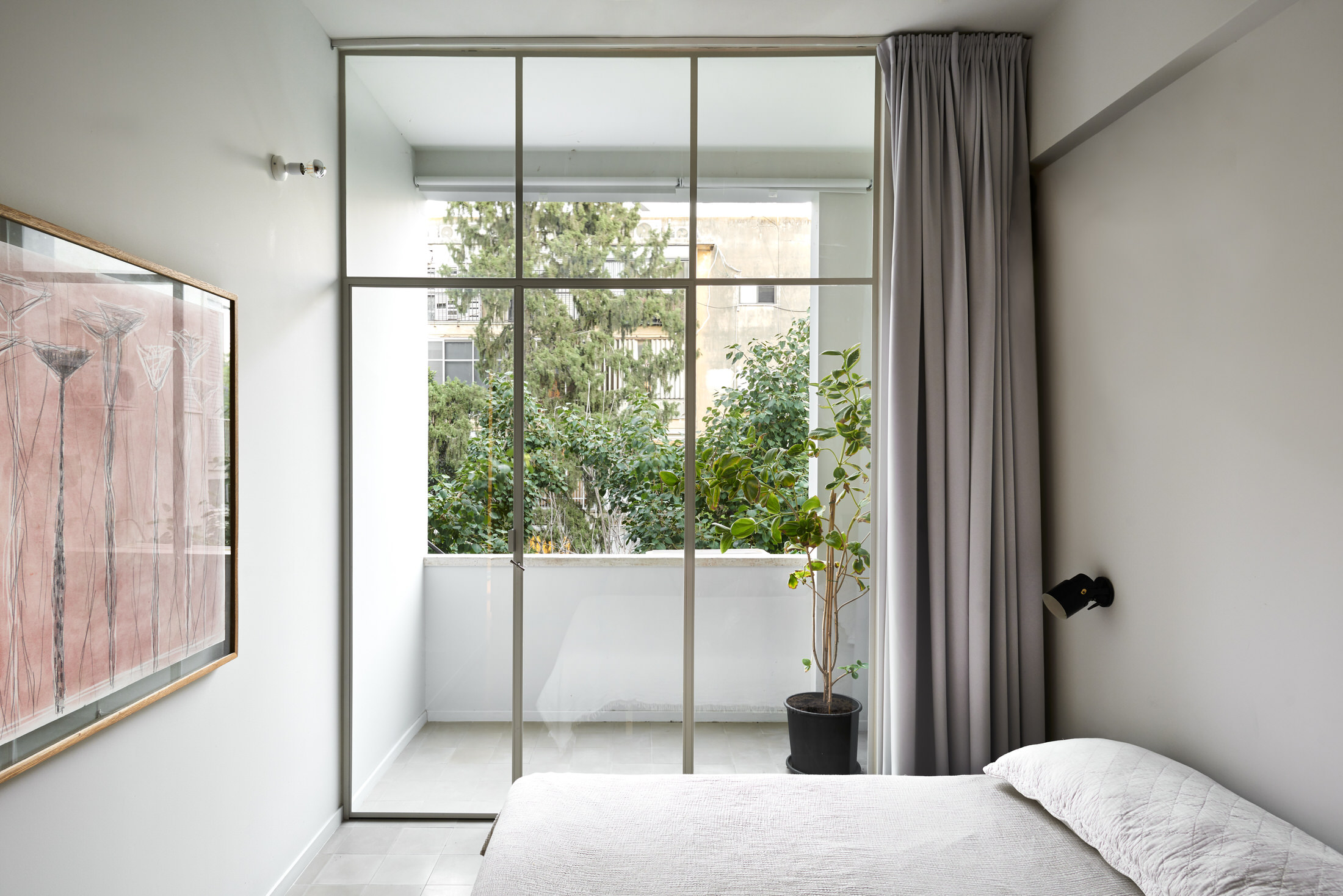 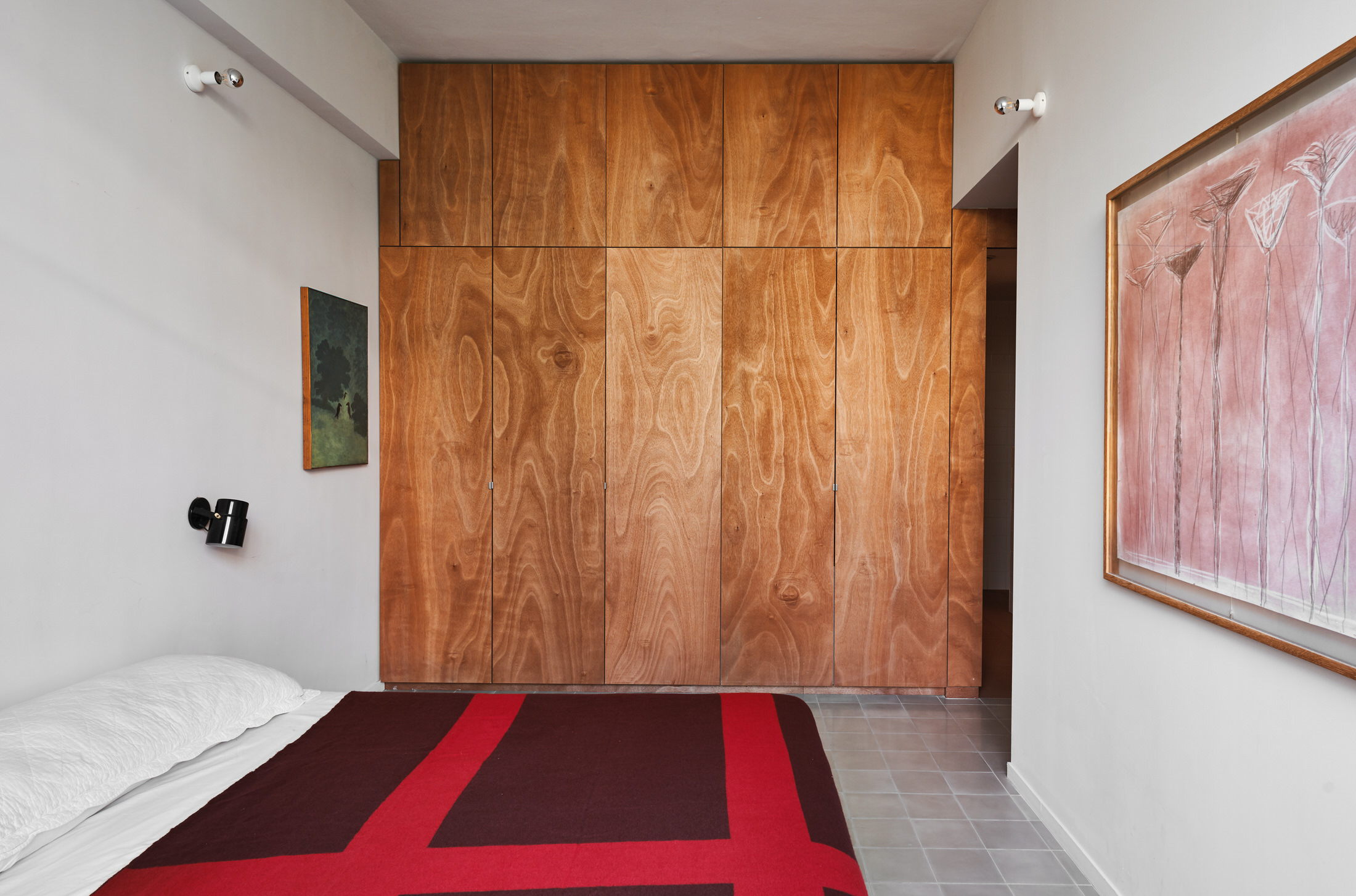 Surfaces highlight the character of their specific material. Parallel to the tree-lined boulevard, separating the living and dining zones is a wall built of wooden pallets, with delicate paint-brush strokes in various shades of white.

“We were looking for a way to create movement in the long white wall, a subtle but significant sense of materiality, which would otherwise have served only as a backdrop,” elaborate the architects. “The low sun in the west flickers on the wall, emphasising its texture and motion. This long wall includes the library, made of industrial-grade bent aluminium shelves.”

Overall there is a strong sense of cohesion in this project, with a minimal palette that knows when to make a splash—like the lime green full height cupboard in just one bedroom— yet also when to fade into the background.