War and Peas is a online webcomic started by artists Jonathan Kunz and Elizabeth Pich all the way back in 2011. The duo’s comics are witty, sarcastic, and always end in hilarious twists you won’t see coming. We’ve already featured some of their comics before and , and now they’re back again with even more new content.

In a recent with Bored Panda, the artists said that even though all they want to do is heal with laughter, sometimes people react angrily to their comics. “Sometimes people write us strange love notes, which are quite amusing,” revealed the duo. “One time a lady yelled at us loudly that she didn’t understand why we’re doing this.” 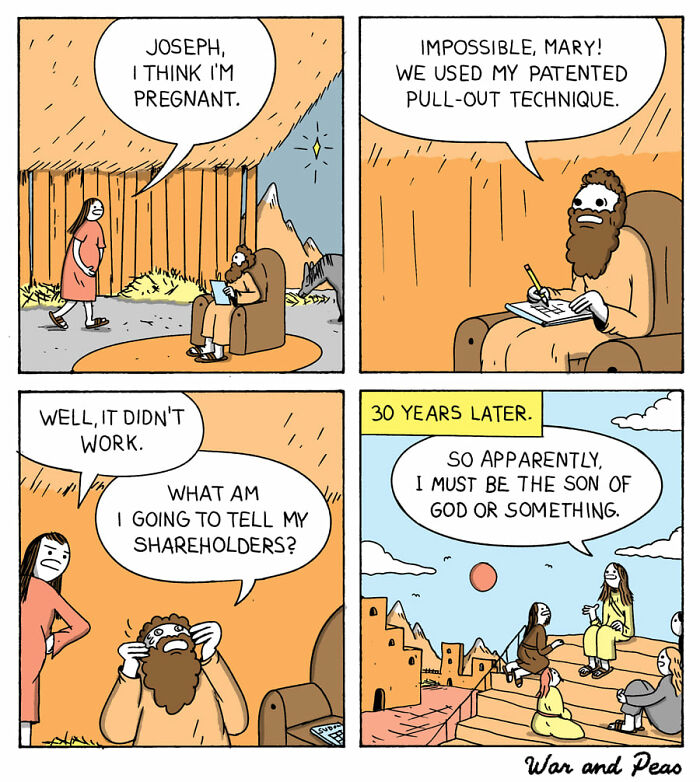 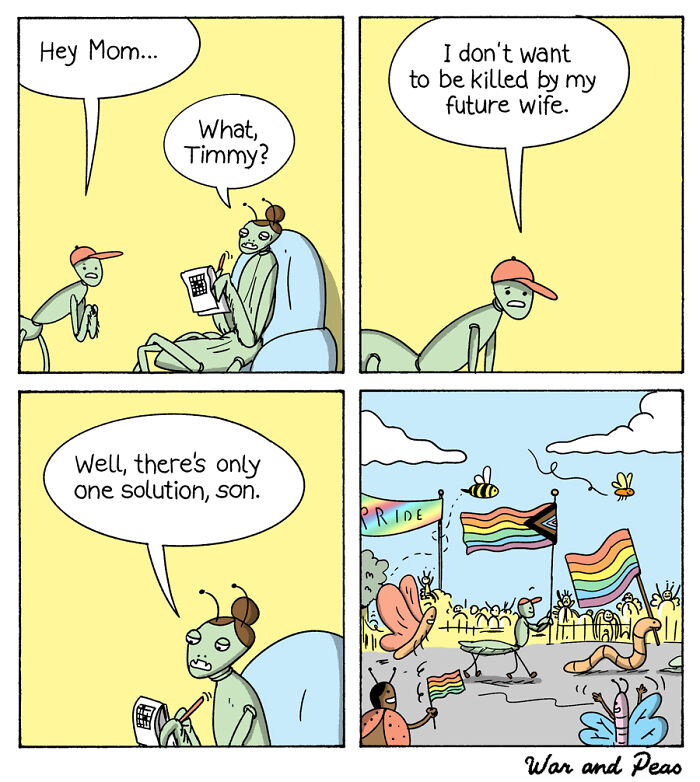 Jonathan and Elizabeth say that they don’t really have a secret to coming up with the ideas for their comics, and add that living a strange life and letting your mind’s eye wander can help. 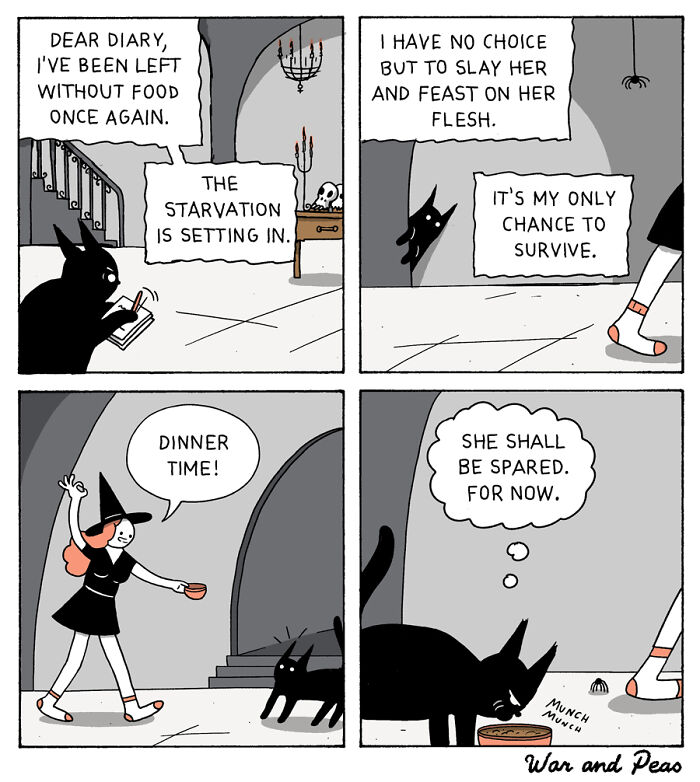 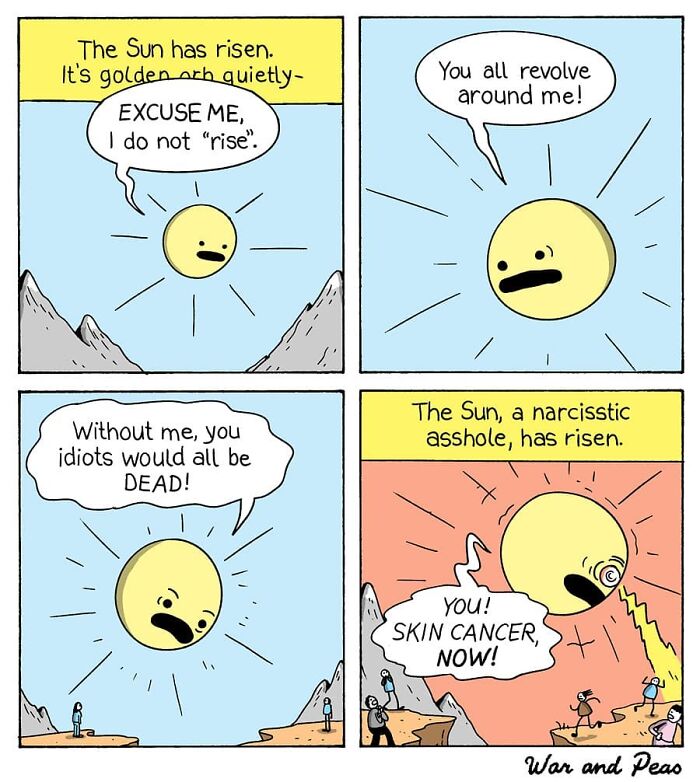 “We believe that there’s always a certain amount of people who enjoy dark humor because it touches on pain in a way other forms of therapy can’t,” say the artists. “Although we love the idea of millions of people laughing about our jokes, it’s all about ourselves and making each other laugh. That hasn’t really changed since our beginnings.”

Check out more hilarious War and Peas comics below! 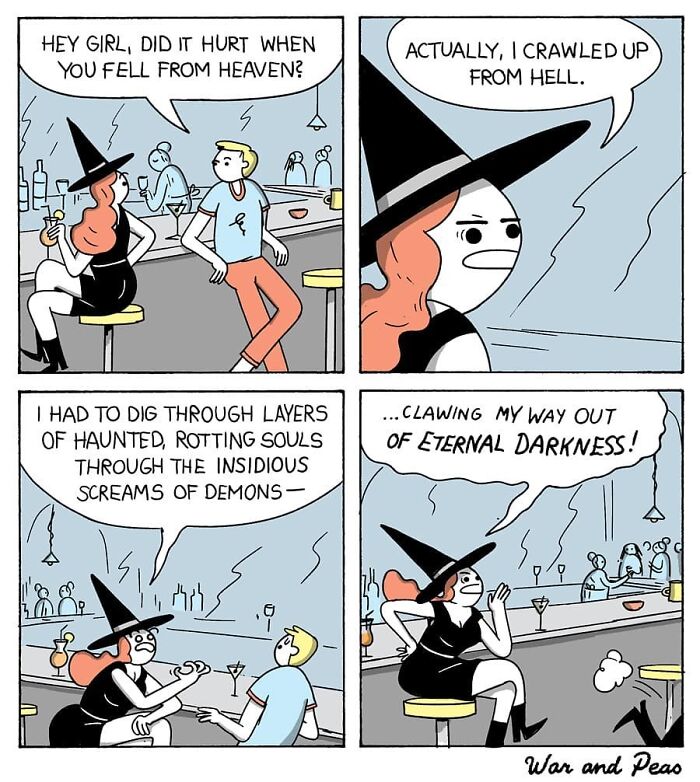 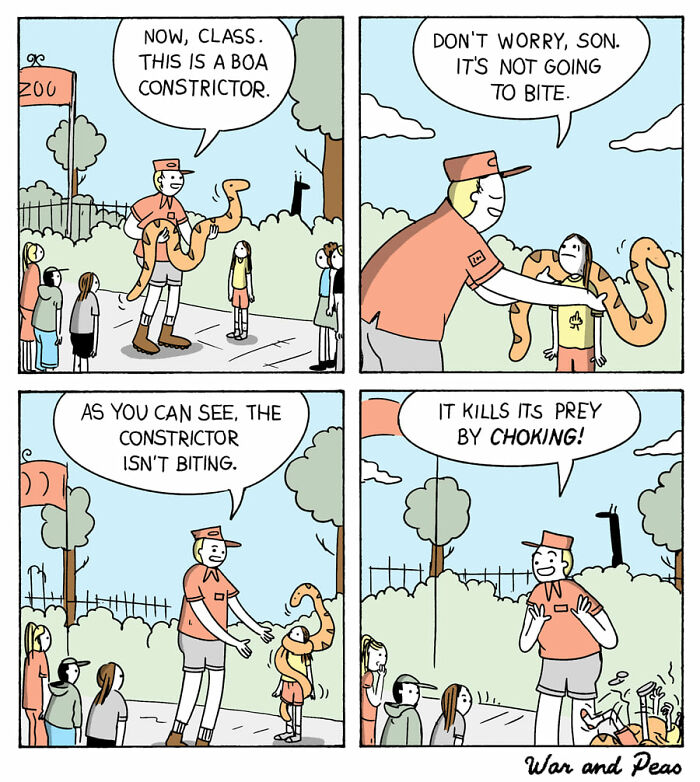 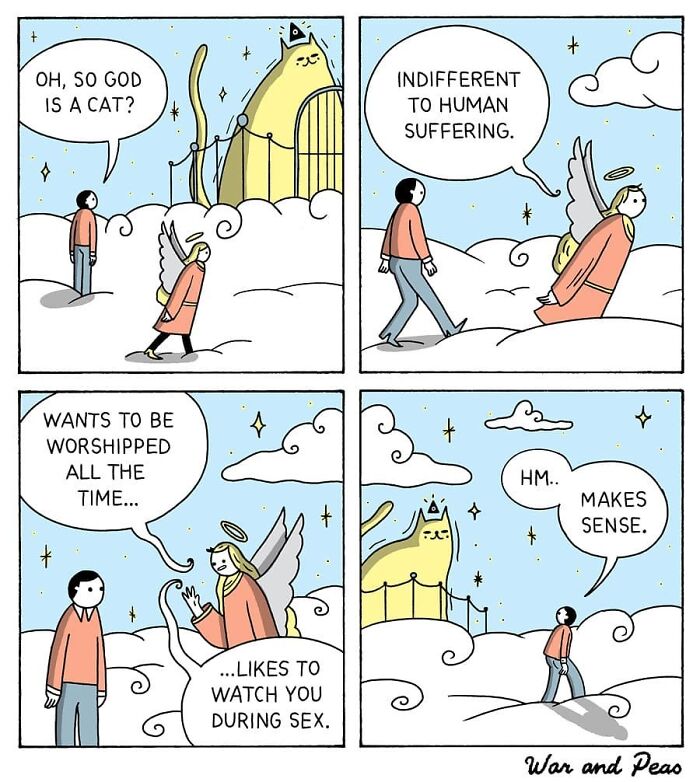 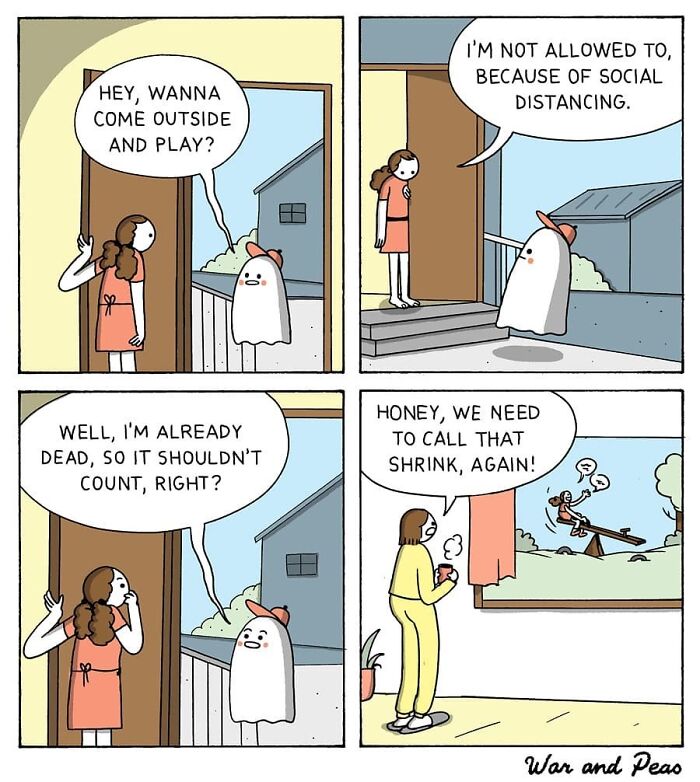 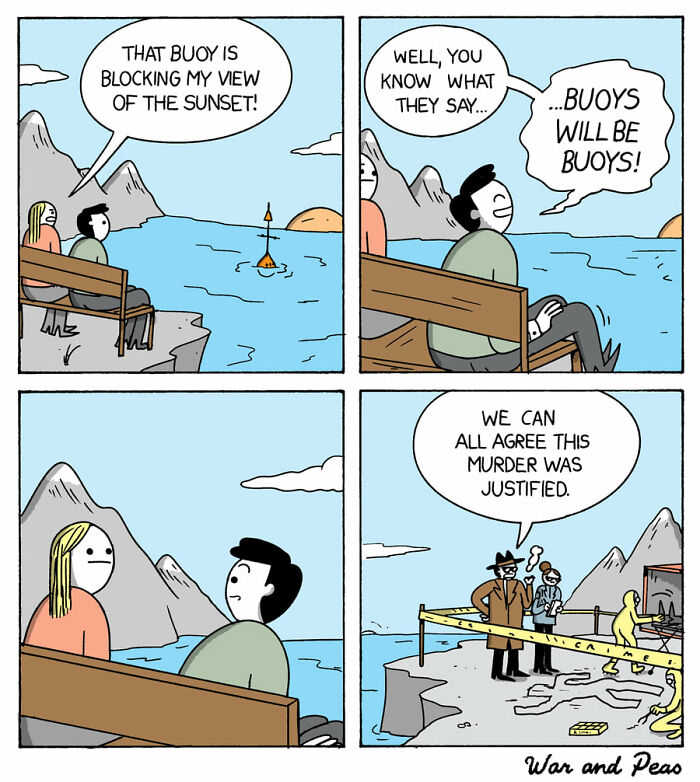 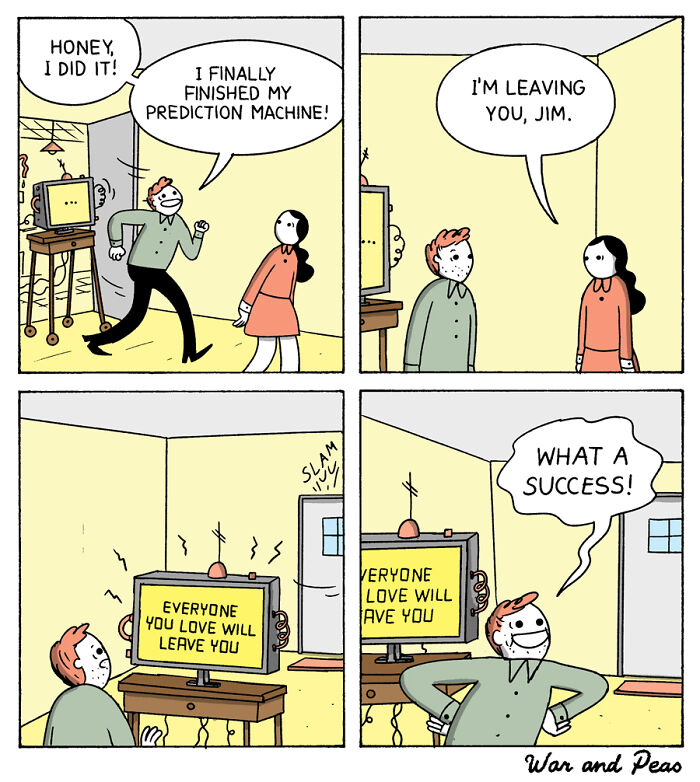 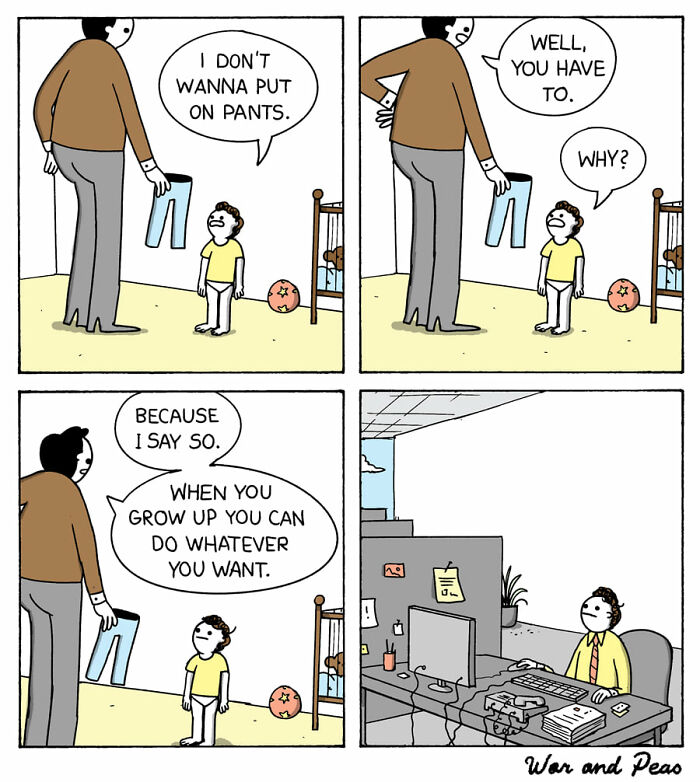 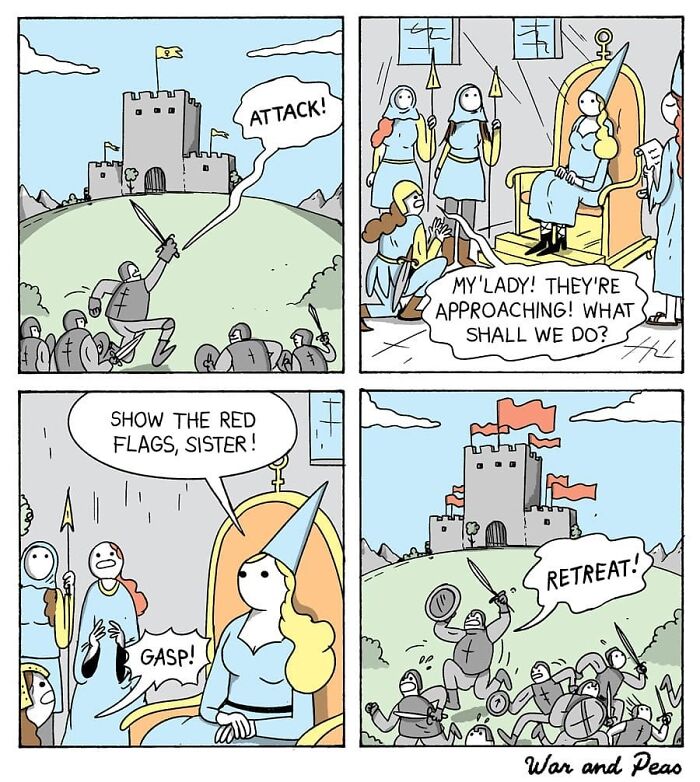 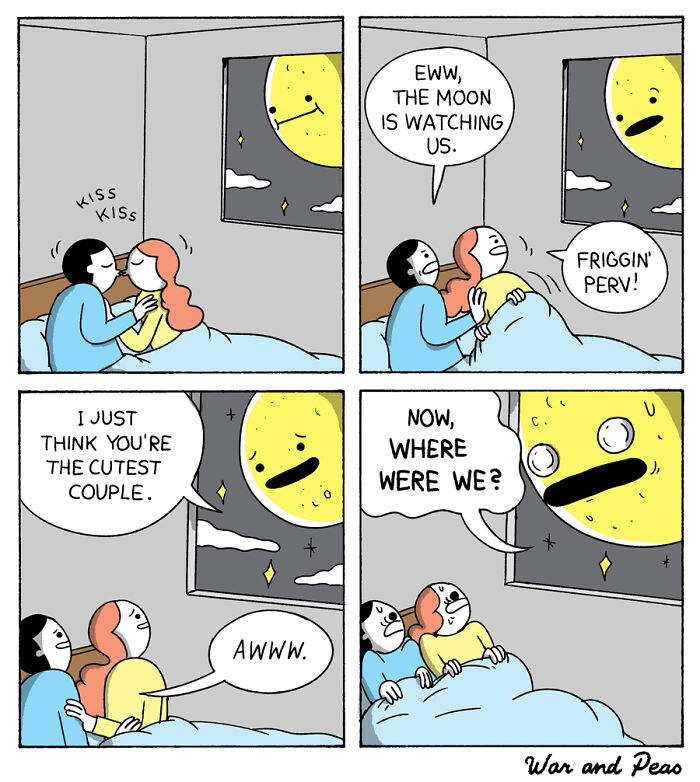 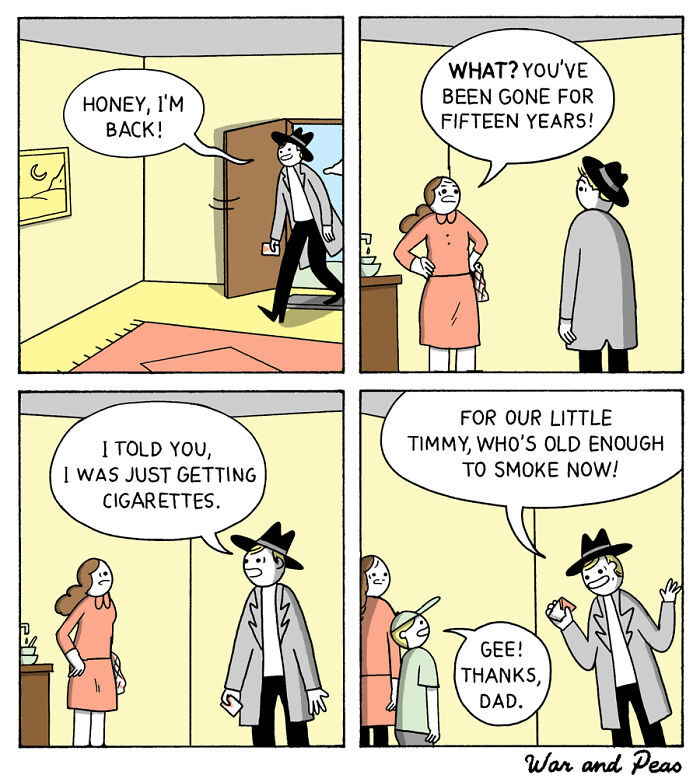 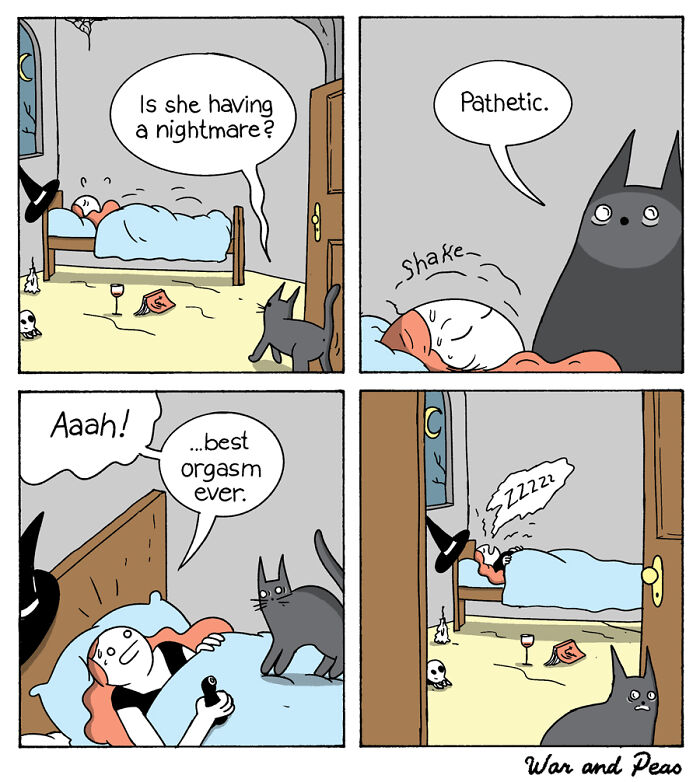 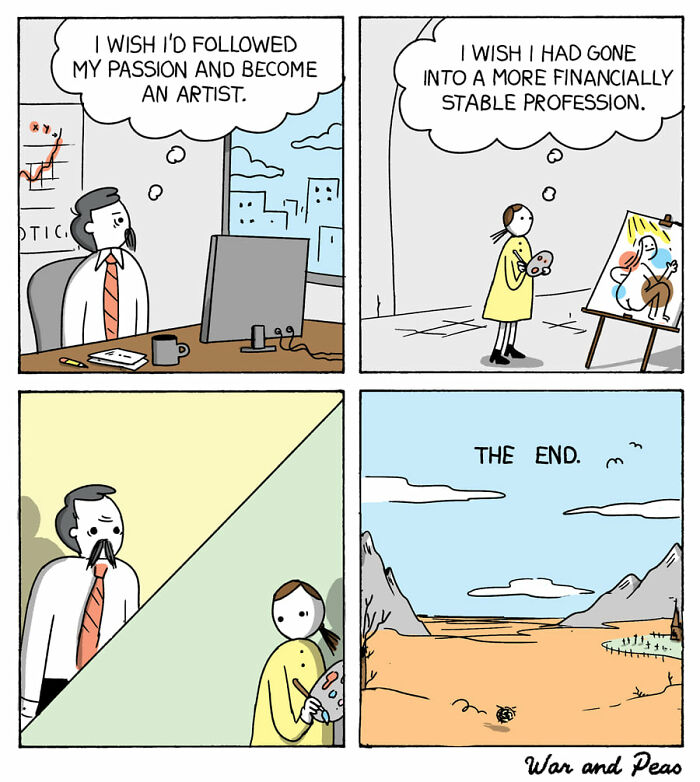 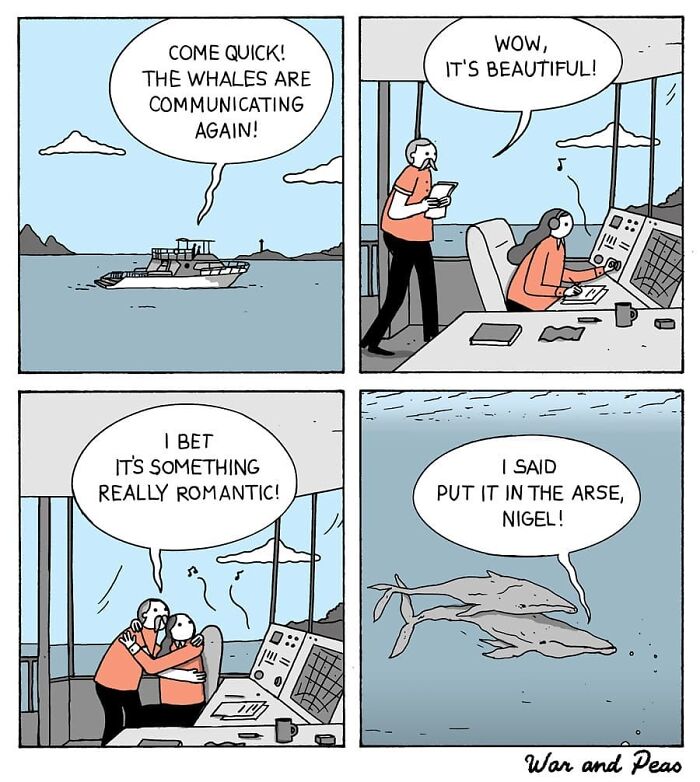 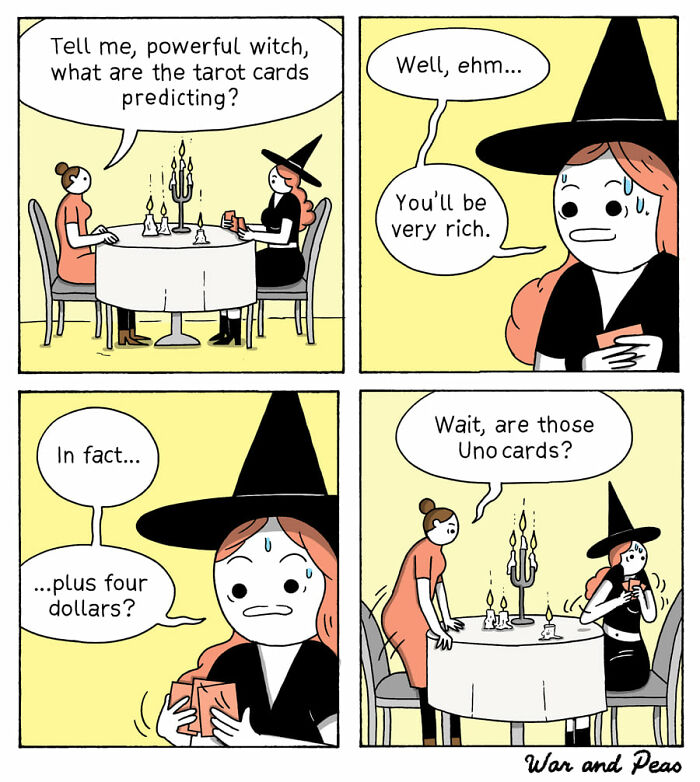 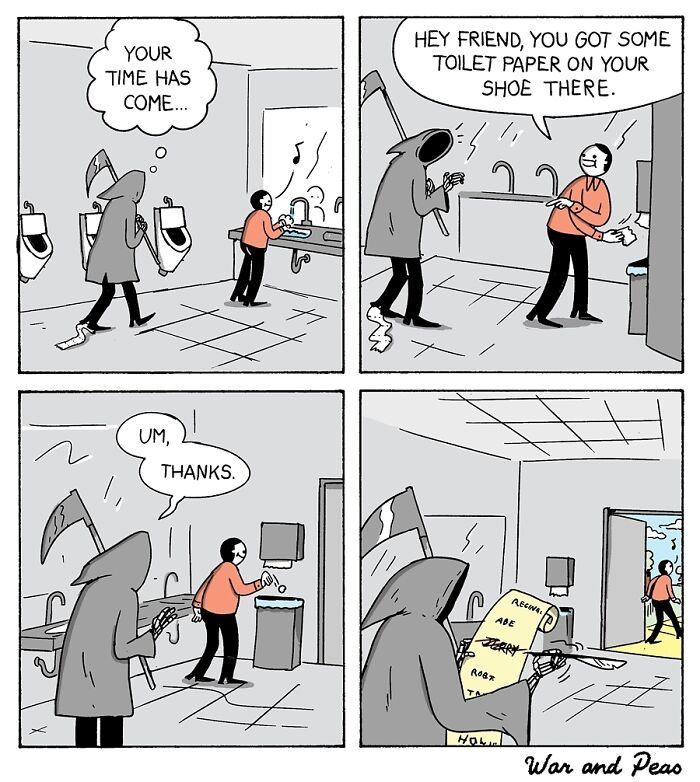 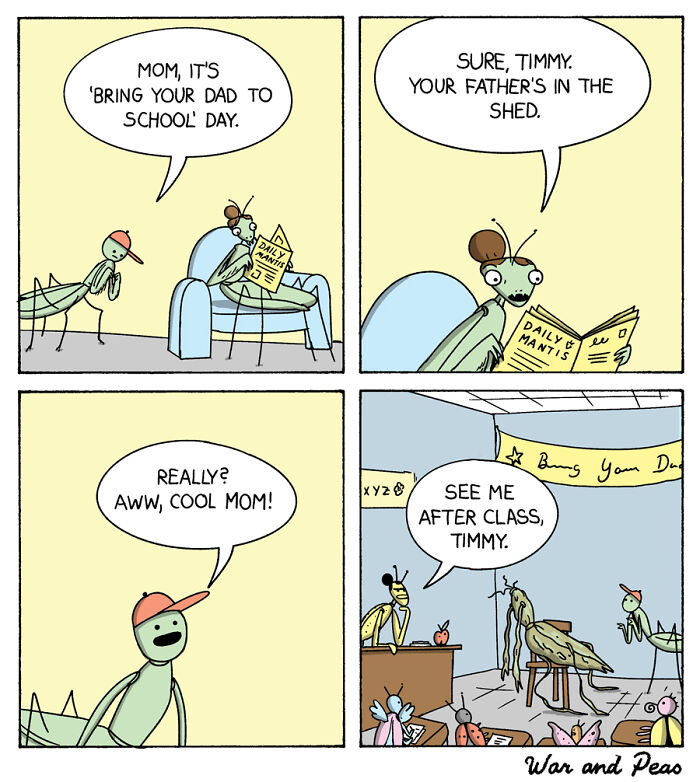