Have you ever visited a friend’s house and got shocked by how different their lifestyle is? Many of us often get used to a certain kind of lifestyle and label it as ‘normal’ and think that everybody else probably lives like that too. But that is not the case!

Recently, someone on Reddit “You were invited to someone’s home for the first time. What shocked or surprised you about their lifestyle?” The thread went viral and many people shared their unusual experiences of visiting someone’s house. Scroll below to read some of those answers. 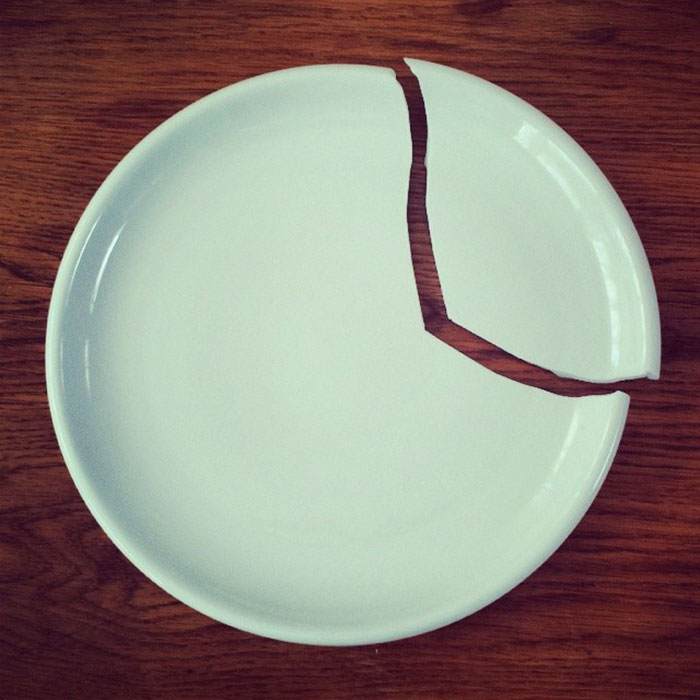 “He accidentally broke a plate when he was doing dishes & his dad *didn’t* scream at him or hit him or threaten to ground him or anything. The first thing his dad said was to ask my friend if he was hurt. Shouldn’t be shocking, but to me it was.” 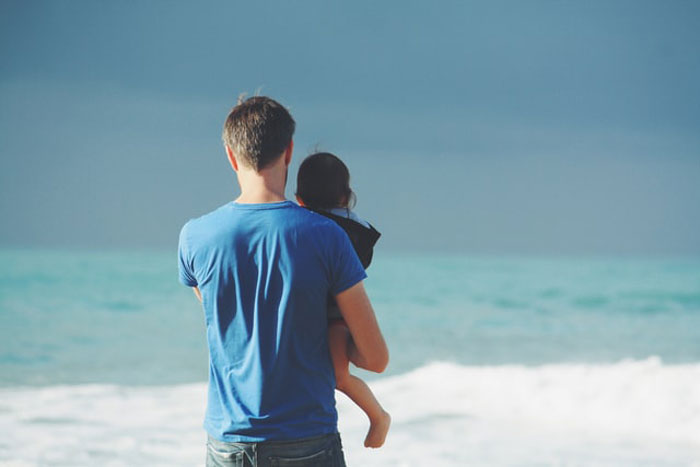 “Went to a friends house when I was in the 7th grade, heard their dad coming in through the door and went to run and hide in my friends bedroom. She followed me puzzled and said come on out and say hi to my dad, he’s excited to finally get to meet you. I was astonished to see all the kids gathered around their dad, they had 7 kids, and they were all happy to see each other. He was scooping up the little ones as they each told them one thing from their day, the eldest brother asked him for help with his math homework….to which he said yes, just give me a few minutes. Then came up to me to say hi and learn some tidbits about me, genuinely interested.

I have never seen a dad walk into a room and the kids run towards him instead of away. He didn’t drink a drop of alcohol, and had at least one little one in his lap while he helped the eldest with his math until he felt sure his son understood what he was doing.

I went home and told my brothers that they were a weird family and the dad was a goody goody. I was 12 years old and had no idea that’s what a healthy family dynamic looked like. There was no yelling, no screaming, no shaming. And I thought they were weird.” 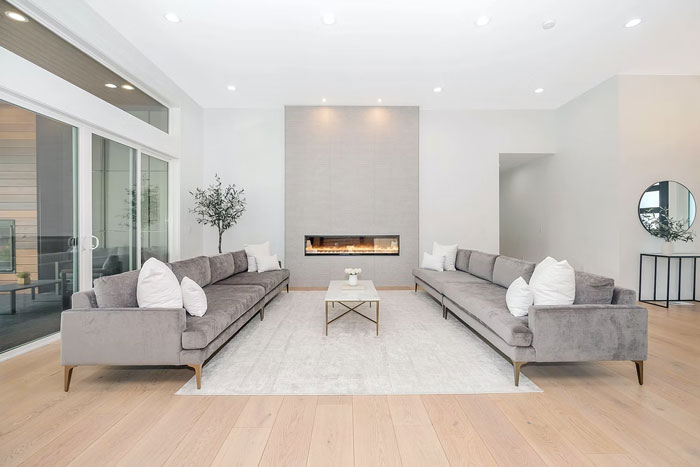 “I remember as a young kid (4/5yo) going to a friend’s house and being astounded at how big their house was. Her dad was a high court judge (and they also had a swimming pool! In England!!)

I came home and immediately told my mum that her ‘conservatory was big enough to ride a bike in!’

‘Big enough to ride a bike in’ has now become a family expression.” 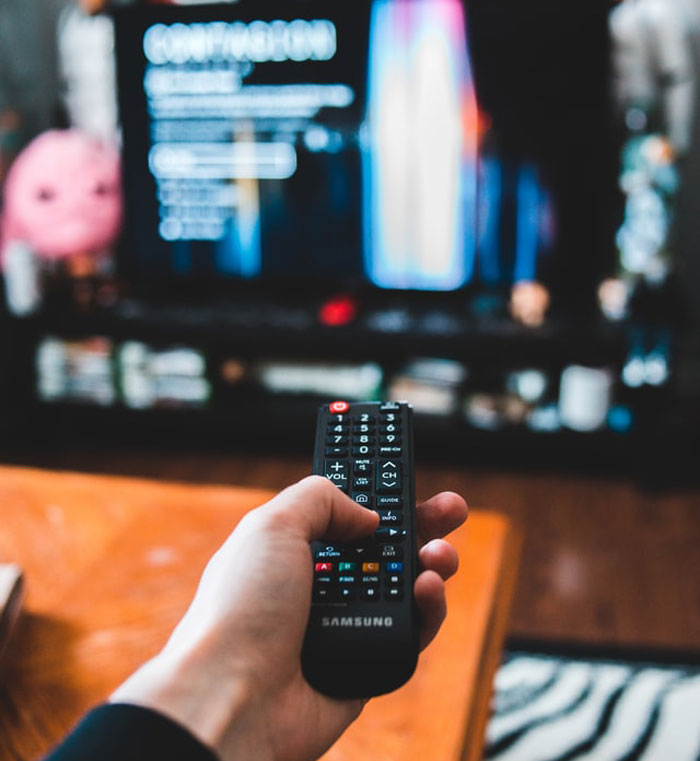 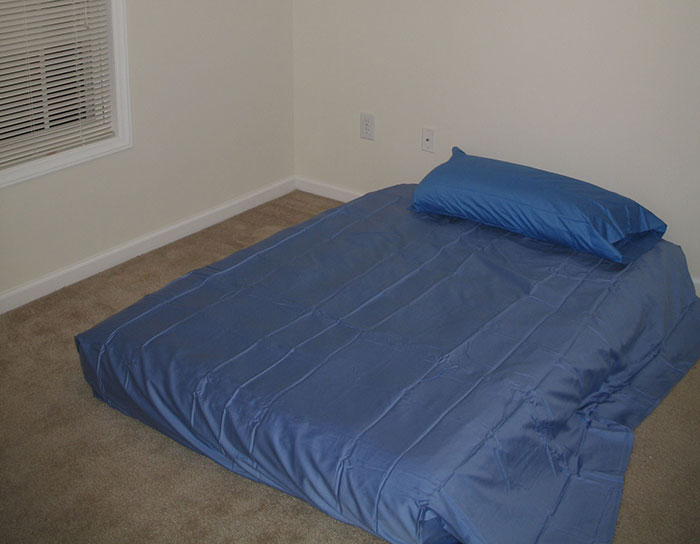 “He only had a dirty old matress on the floor for him and his older brother ( I once drove him home and his brother was banging a girl in there, super awkward ), his single mother was chain smoking cigarettes, the smell was awful and their meals were those 3$ microwave meals where you get like 3 frozen nuggets and a dozen fries, for every meal. I suddenly understood why he was always at a friend’s house and why when he came over he’d eat all my bagels. It bothered my mother at first but after I told her about his home she was like yeah give him all the bagels he wants. Never heard a word about his father. He’s doing much better by himself now.” 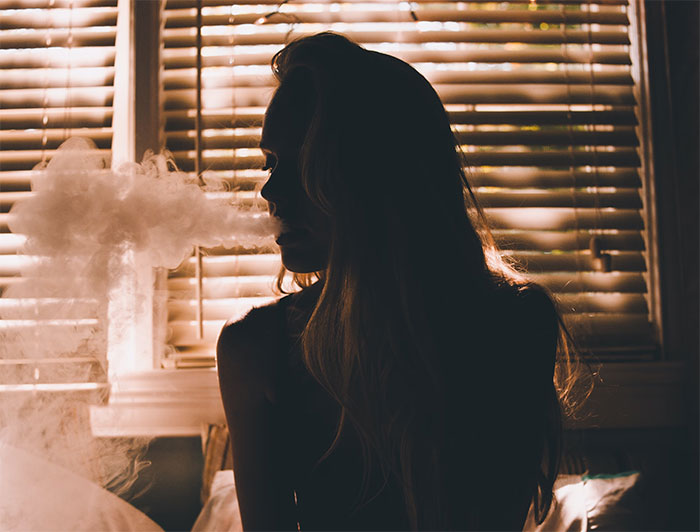 “As a young boy back in the 70s I visited a friend from school’s house.

It smelled different from any house I had ever been in. which was mostly my parents friends homes and my relative’s homes.

I visited several times before I figured out why it smelled different.

No one in the home smoked cigarettes.” 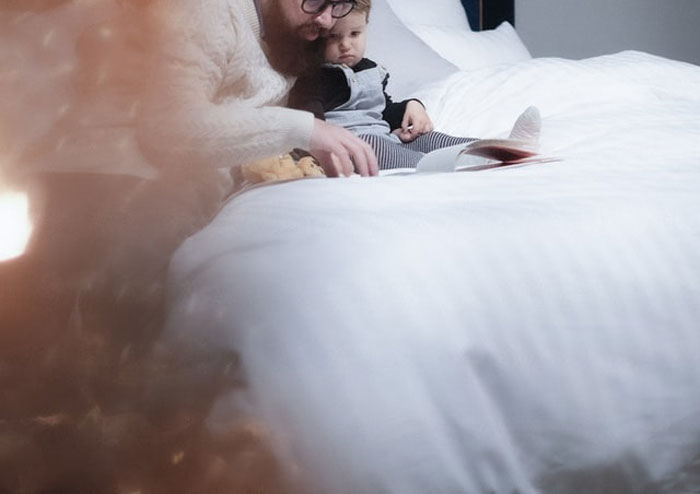 “I was spending the night and her dad came in and told us a bedtime story. It was the first time I’d realized that not everyone had a psychopath for a father and sometimes fathers did things for their kids just because they loved them.” 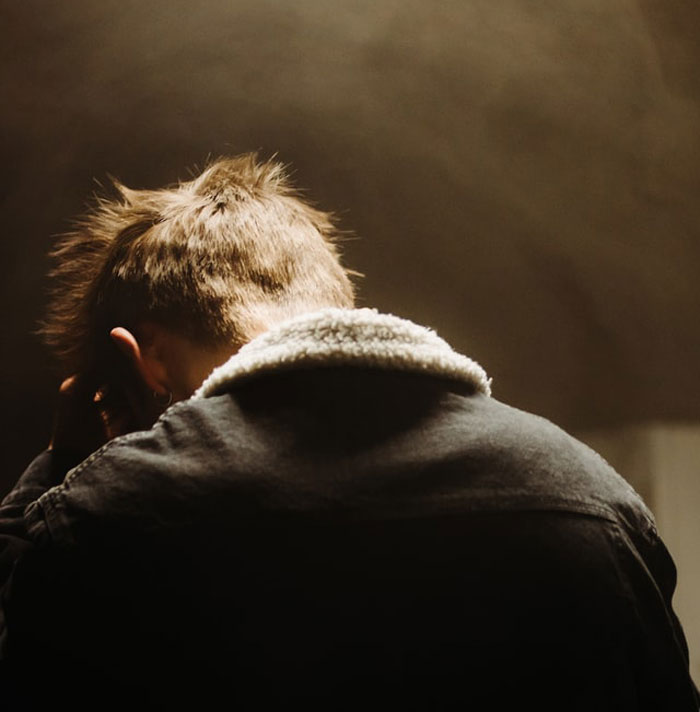 “When I was about 15/16 I was staying at a friend’s house for the first time, and while he and I were in his room playing computer games, I heard his mother scream his name.

He turned to me with a serious look I’d never seen on his face and said “Please stay here” before walking out of the bedroom.

I heard him shout his father’s name before a couple of loud crashes.

That was the day I found out his father would get drunk a physically assault his younger siblings. He was 15/16 f*****g years old and was the only thing between this grown man and his pre-pubescent loved ones. And it was so normal that he knew what was up when his mother called his name. His mother knew she needed him, he knew what he was going out there to do, and he knew he didn’t want me to witness it.

We had some very honest discussions about a lot of things after that. As he got a little older, he started addressing these issues at more appropriate times than when it was forced upon him. His father sought help and they are now a loving and supportive family.

I often think about that night (and a few subsequent ones). When I think about the man I want to be, it is no secret amongst the people that know, that I want to grow up to be like that 15 year old boy. And I’m lucky to still call him one of my best friends over 20 years later.

**tl;dr** I found out my childhood friend was living with an abusive father.” 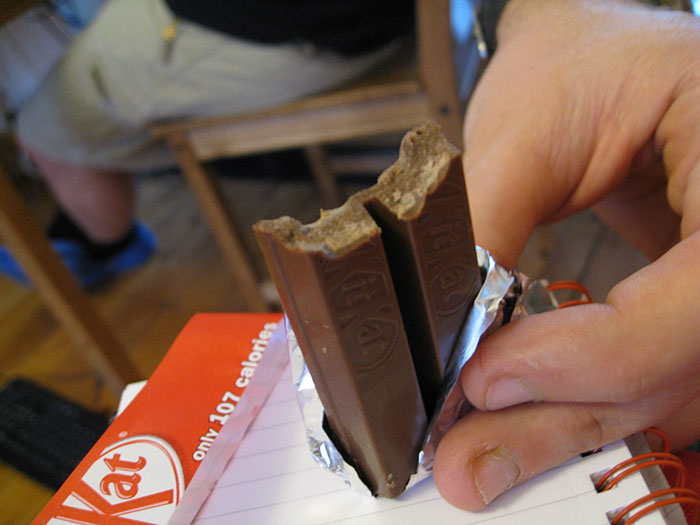 “My friend was like, “Want a Kit-Kat?” I said sure. He proceeded to unwrap the candy bar, set it on a plate, and then put it in the microwave until the chocolate had melted off the wafers. I was freaked out and said I don’t need mine microwaved. He looked shocked and said, “You eat them raw?!”” 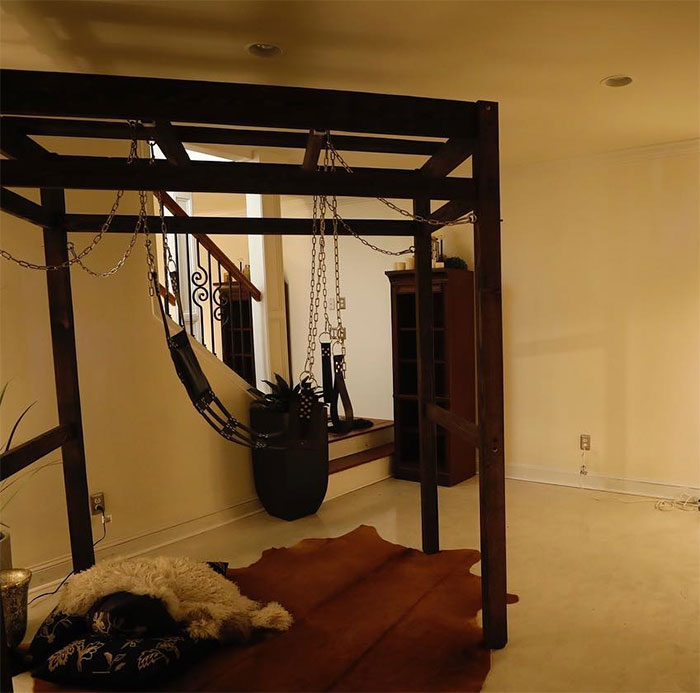 “Had a grad school professor, seemed like a pretty chill dude. Maybe a bit of a cleaned up older hippy. Went to his place for dinner with him/his wife/other students and faculty. 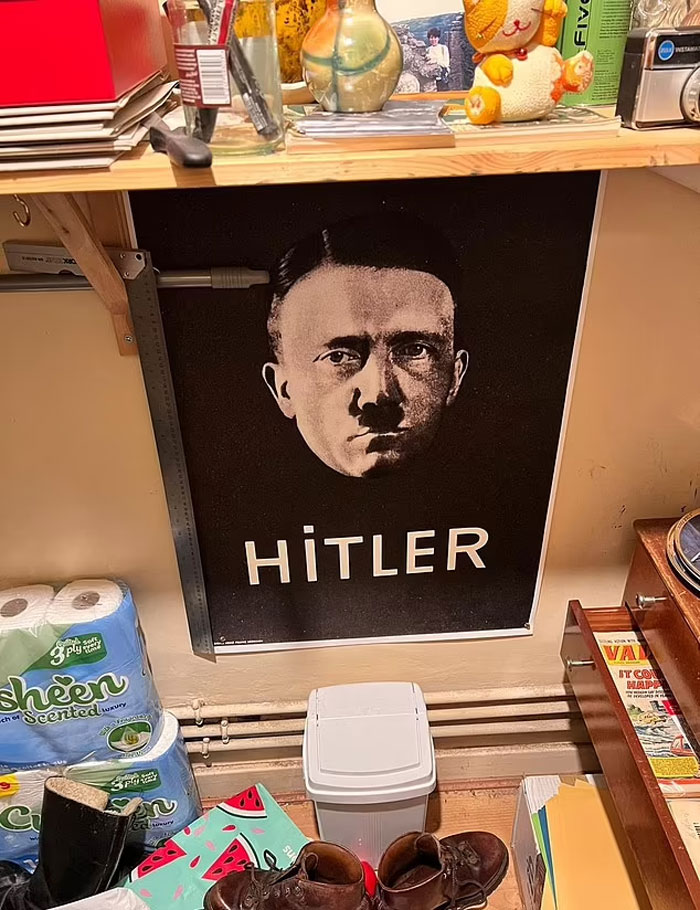 “NOT at a friend’s house, but I once took a couple guys I didn’t know all that well to get lunch because this one guy’s car wasn’t running so he couldn’t drive, and on the way back he wanted to stop by a friend’s house to pick up something.

We all ended up going inside and it turns out this friend (an immigrant from Poland, I think) had an altar to Hitler in his living room. Like, an actual altar, with a photo of Hitler and Nazi flags and Nazi effects and fresh flowers and whatever. It was the craziest thing I had seen till then.” 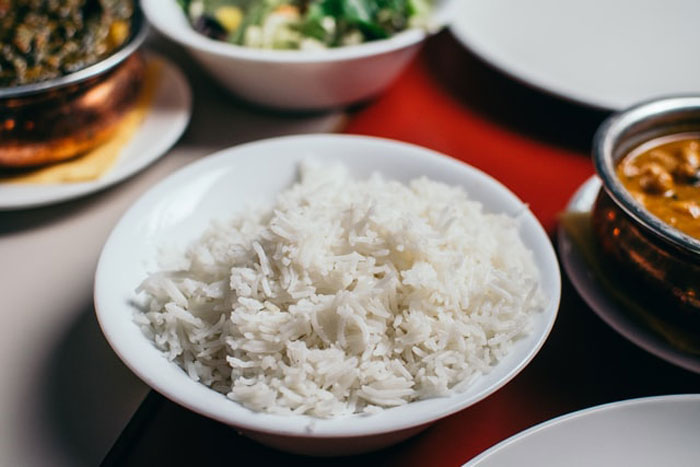 “When I was a little kid we had new neighbors move in, they were Korean. They didn’t speak any English at first and the twin daughters were in my brother’s class. By the end of the school year their English was decent enough to communicate and actually play with the rest of us.

They invited me over to hang out and their Mom was making some snacks. She handed me a bowl of rice with some type of sweet potato, and one of the twins told me that back in Korea, that’s all they had to eat in a day, and now they could have that for a snack.

I was too little then to realize it, but they were *North* Korean. Their growth was severely stunted, and they had moved in with essentially strangers after they made it to the US. I learned all this years later when I talked to my Mom about it, apparently the people who took them in were part of a Korean church and semi regularly took in North Korean refugees.” 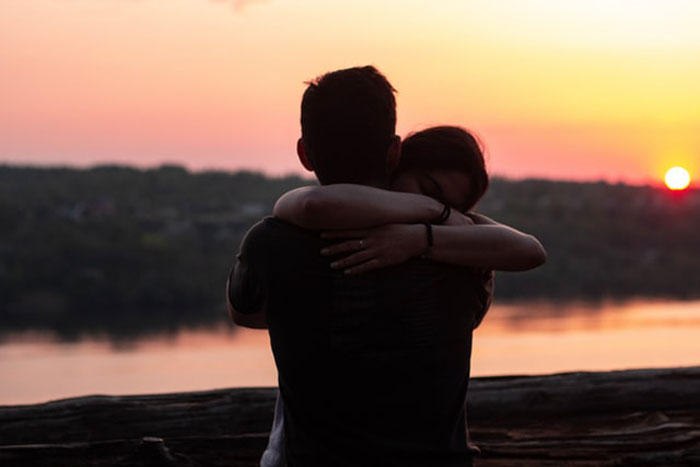 “Few years back, was invited to my ex’s house to meet her family for the first time. Walked in and got hugs from her mum, sister, and nephew. Got a handshake and a pat on the shoulder from her dad.

All of this completely threw me off, suddenly realised how little affection I got back at my own house and had me questioning whether I was doing enough to show I cared about someone. 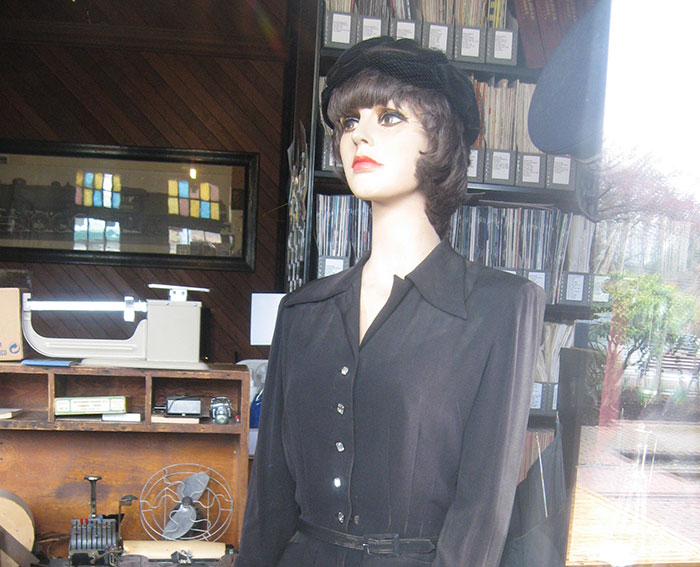 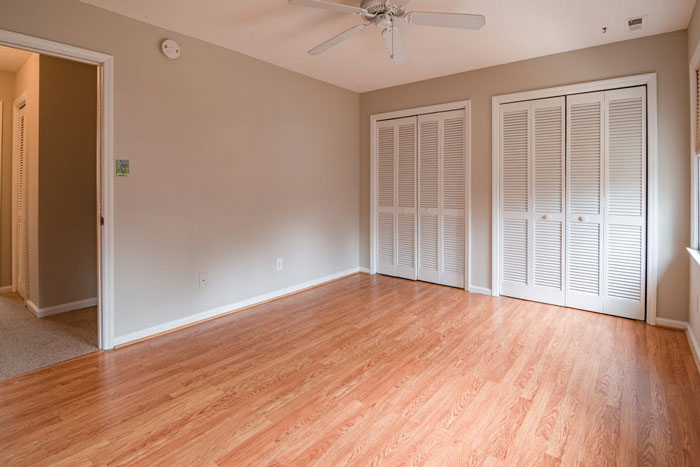 “First time meeting my exs parents. Walked in and nothing was on the walls. No art no pictures nothing whole houe just bare walls and not like nice panels or anything, like regular middle class home painted walls they also had 0 stuff out. Nothing on the counter, had a coffee table nothing on it corner table nothing on it. It was all just empty, im still not entirely convinced they werent all aliens trying to fit in.” 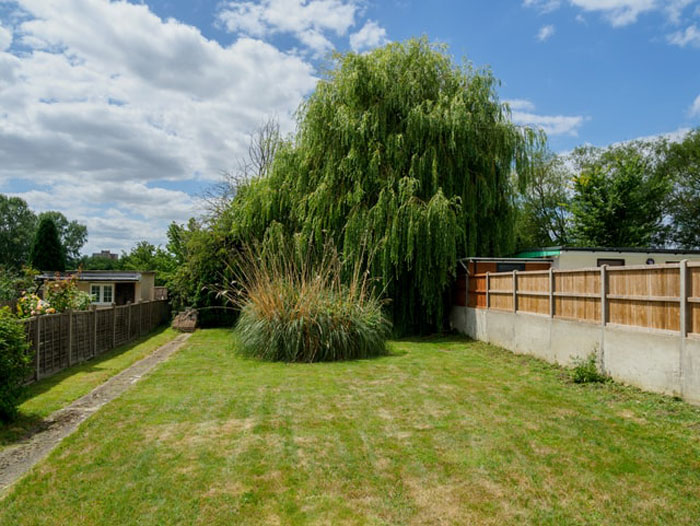 “I met this girl at work and really clicked. We had kids around the same age so she invited us over for a play date. First off – her house was hoarder level disgusting and absolutely filthy. I didn’t want to even stay inside so suggested we go out in the backyard which was overgrown and a mosquito haven. Second – she didn’t just talk to her kids, she was always screaming. It was hard to differentiate if she was angry or just giving instructions. The kids just tuned her out but mine were terrified. Never, ever again.” 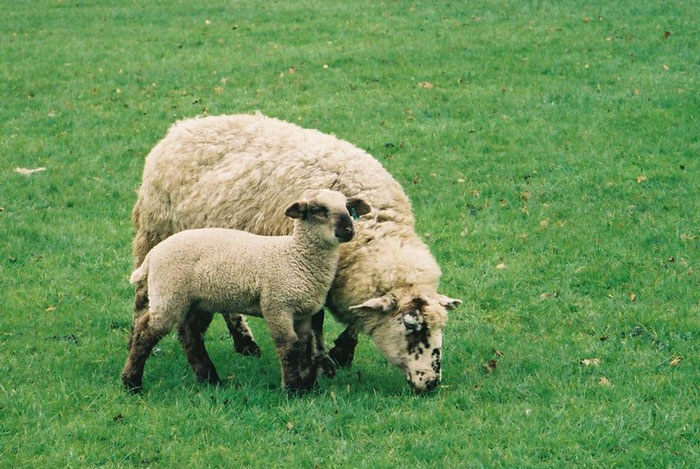 “My school friend lived on a farm in Wales. The first time I went round a sheep ran down the stairs as we were going in through the front door. There was also a newborn baby lamb warming in the Aga because it was struggling to stay alive.”

“I spent a weekend with a friend who was the youngest of 8 boys. I come from a very soft spoken household, and all 10 of these people would communicate by yelling. Now they were a loving household and there was no abuse going on, but until that point in my life, really the only time someone yelled in my presence was when someone was in danger, or someone was very very angry, and here these guys were screaming at each other to get a slice of pizza. I understand, when there’s 10 of you, 9 of you boys, you have to yell to get heard, but my internal danger meter was set to 11 all weekend.” 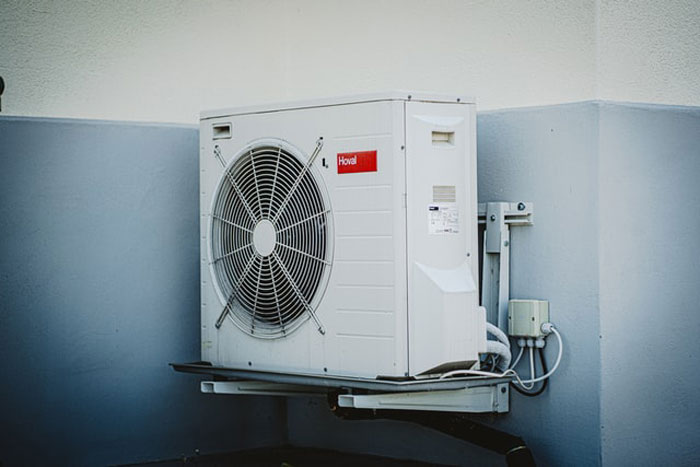 “I didn’t know that central heating and AC was a thing till I was around 10. Sleepover a friends house and was perplexed at the noise of it and the vents on the ceiling. And being there felt weird, everywhere you went was the same temperature. At home we had a wood stove in main living area and in summer fans.” 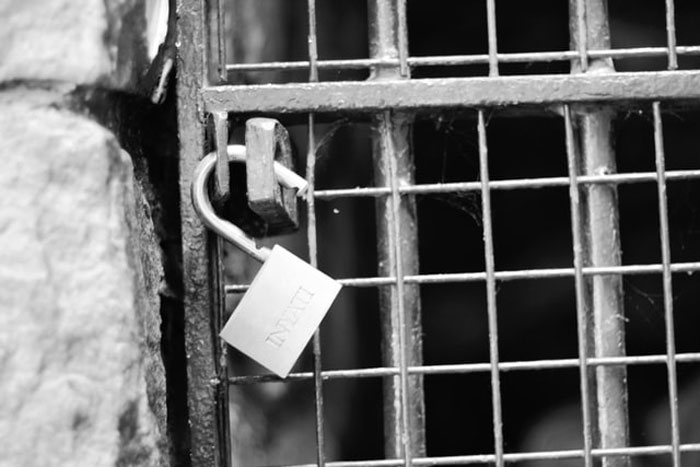