You might have seen or heard about the episode on “Dancing with the stars” when the host asked Simon Biles why she wasn’t smiling, and the Olympic champion clapped back with “Smiling doesn’t win you gold medals”.

If you are a woman, you’ve probably received such unsolicited advice and comments about your appearance from friends, family, colleagues, or a complete stranger. So, when someone on Reddit, “Ladies, what are some of your favorite, completely unsolicited comments about your appearance you’ve gotten from men?”, many women started sharing their stories when men passed comments that were unasked for. Scroll below to read them. 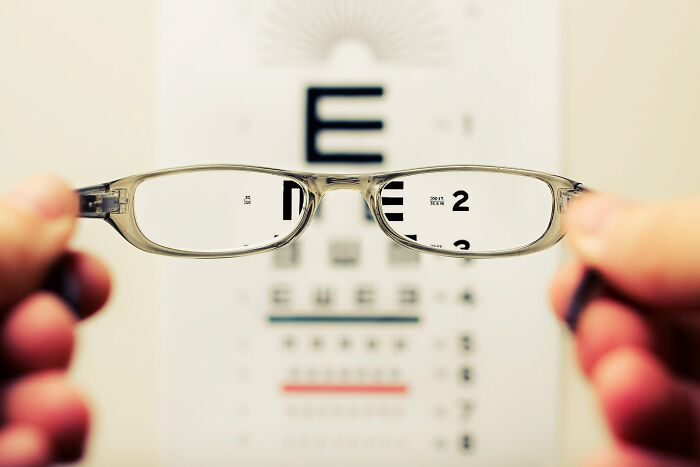 “Had a jerk tell me this when I was a teenager dressed up for Thanksgiving in a grocery store “Guys don’t make passes to girl’s who wear glasses.” My response,”Oh yeah? Girls won’t accept passes from guys who behave like asses!”” 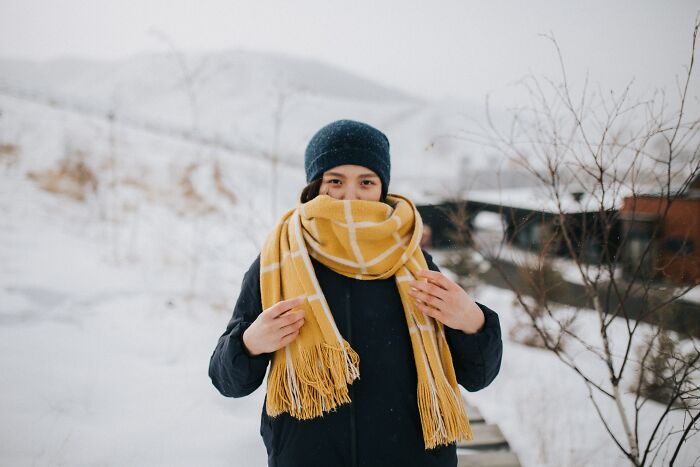 “I had the random guy who sat next to me in class tell me that my scarf ‘removed my neck.’ He said that since I’m short, the look wasn’t doing me any favors. It was in the middle of the winter. Unfortunately, my biological need to not freeze my butt off was getting in the way of his right to be physically attracted to me.” 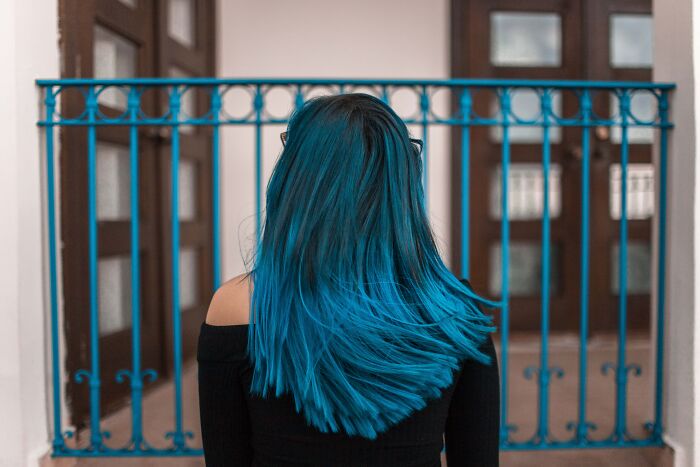 “I was walking with my two-year-old nephew to get the mail when we crossed paths with a man I’d never met before. My nephew is very outgoing and starts happily blabbering to this dude. The guy crouches down toward nephew, locks eyes with me, and tells my nephew, ‘Mommy needs to start dressing her age. You need to tell her she’s not a teenager anymore, and she looks pathetic!’ He then burst into obnoxiously loud laughter and walked off.

It was really weird. I was also dressed completely benign, but I was in my late 20s with blue hair, so that must have been his issue.” 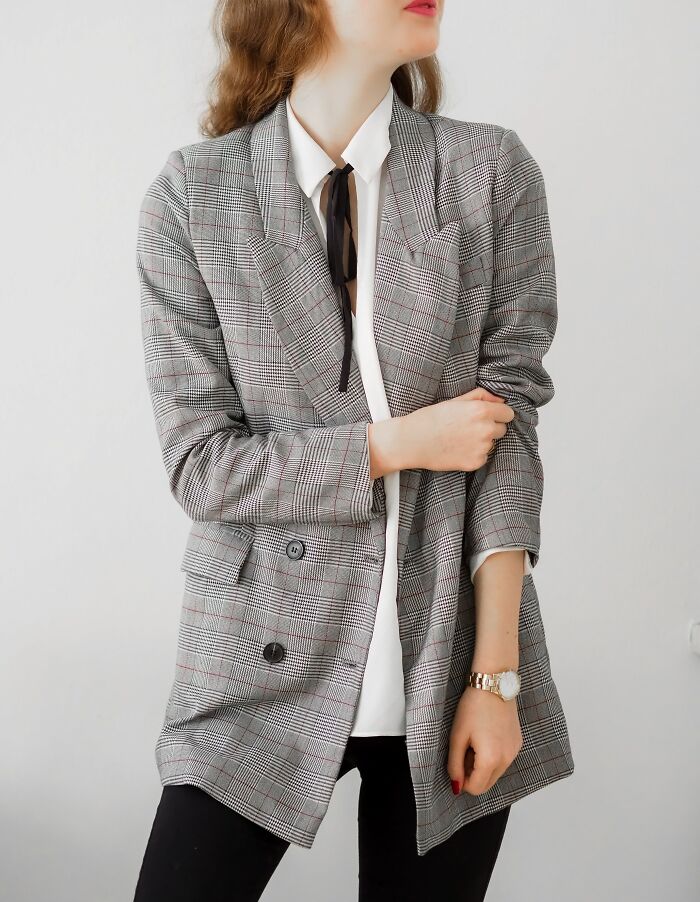 “This one was actually really awesome, and I’ll never forget it. I was leaving the subway in Manhattan on my way to a portfolio presentation for a large gift company, hoping to god I’d land a big commission that was being discussed. I was outfitted for the occasion in a suit I’d specifically bought. As I ascended the stairs, from behind I heard, “I can see that you’re headed for an important meeting, and that you’re an artist. You look fantastic, you have taste, and you can do this. Knock them dead.” I turned, and the man who gave me these words just nodded, and smiled. It wasn’t predatory or demeaning- he meant it. And I landed the commission.” 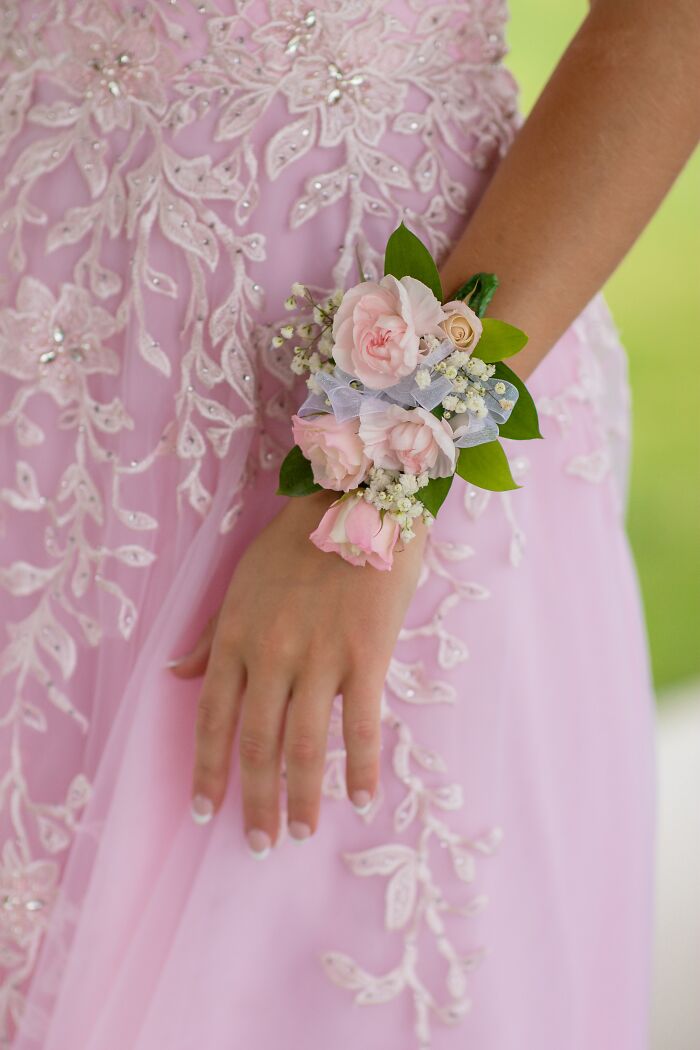 “The neighbours came by to see me leave for my high school prom. The little 6 year old boy next door saw me come down the stairs and gasped and said “she looks like a princess”, it was 14 years ago and still the best goddamn compliment a male has ever given me.” 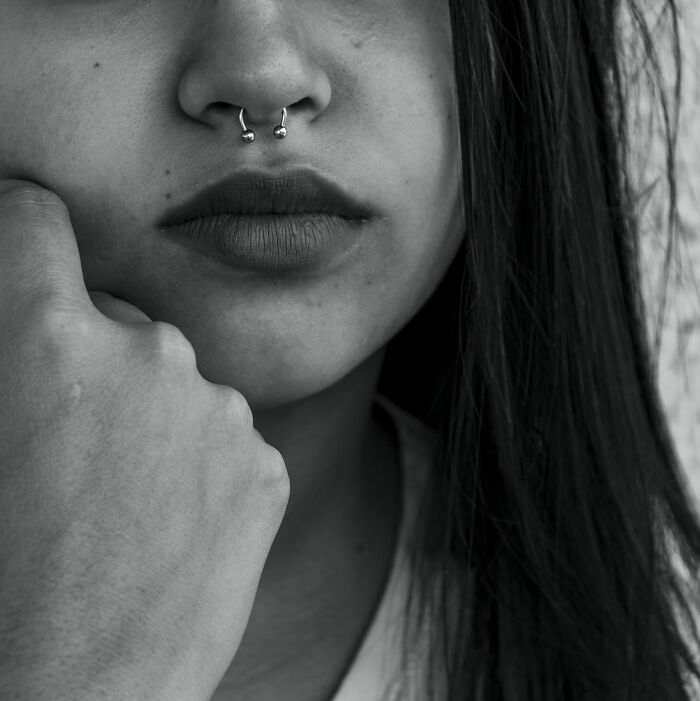 “I’ve had a few guys tell me that my septum piercing is ugly and that men don’t like that.” 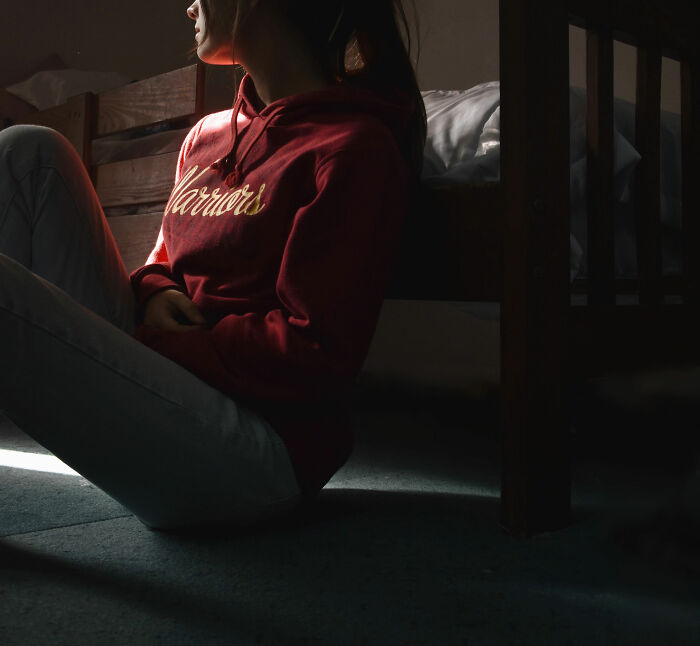 “My guy friend told me I looked amazing and like I had lost weight a week after I had a miscarriage…that he was visiting to offer support for.” 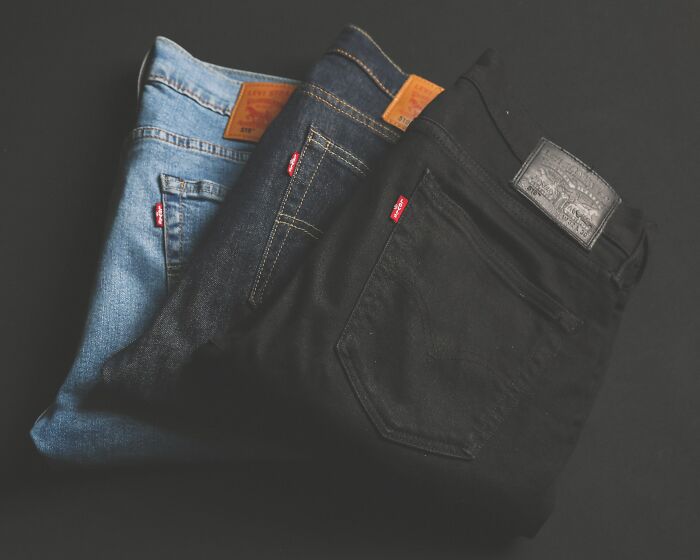 “This old guy, at the bar my grandma would go to, told me my pants were too tight. They were regular jeans, not even skinny jeans or anything like that. I said, ‘Why, can you see my d**k?’ It embarrassed the s**t out of him.” 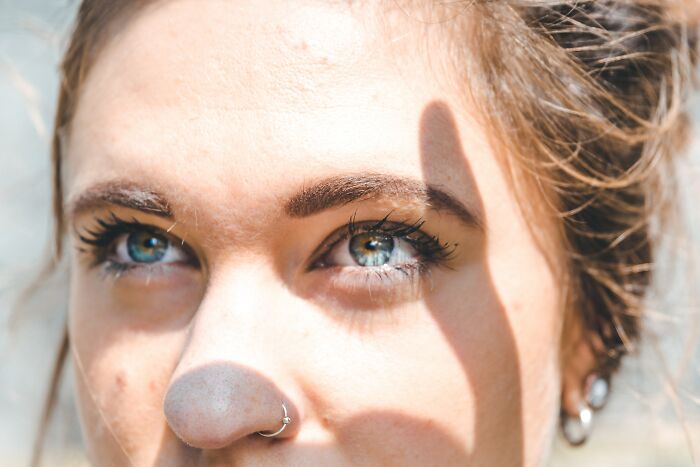 “I was a cashier and scanning a guy’s groceries when he felt it necessary to tell me that I’d be sexier without my septum ring. I was only 18 and fresh out of high school. That was my first job. The dude had to be at least 40. It was a totally unnecessary comment from a stranger, and it still makes me feel gross just thinking about it.” 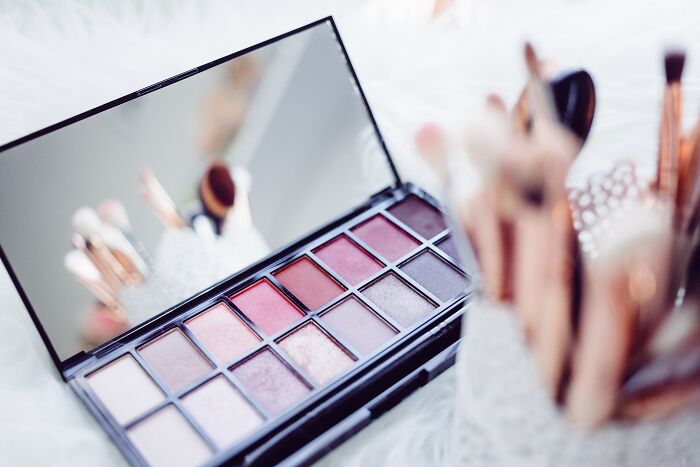 “I almost never wear makeup, but I got the whole works done for my best friend’s wedding when I was her maid of honor. Throughout the day, I kept getting gross comments like, ‘Oh, see how pretty you can be if you actually made the effort?’ I was just generally feeling miserable.

Due to the scheduling, I only met up with my plus one after the main ceremony, on the way to the afterparty. We get into our car, and he looks me dead in the eye and just says, ‘You look like a clown.’ I could not stop laughing. I felt like a clown!

It was just really nice knowing that he didn’t care that I suddenly looked gorgeous to everyone else in the room. The makeup wasn’t me, it made me look like someone I wasn’t, and he hated it for that reason alone.” 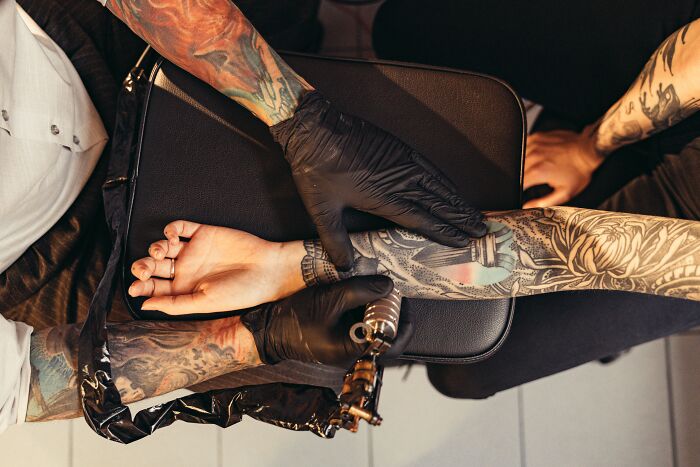 “An old man told me I ruined my perfectly, beautiful body with all of my tattoos. At my place of work.” 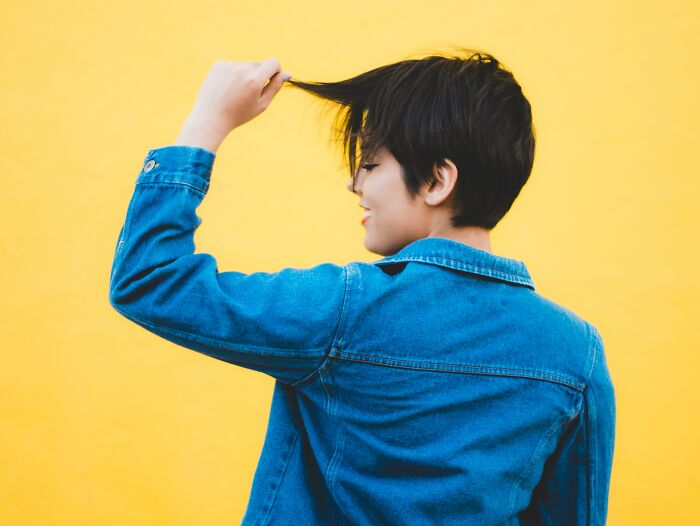 “I worked in the same building as a man, and we’d said ‘good morning’ to each other for years. However, we had never really had a conversation. Immediately upon seeing my new pixie haircut (my hair was long before), he said, ‘Oh, [my name], NO! That’s just not you…no…’” 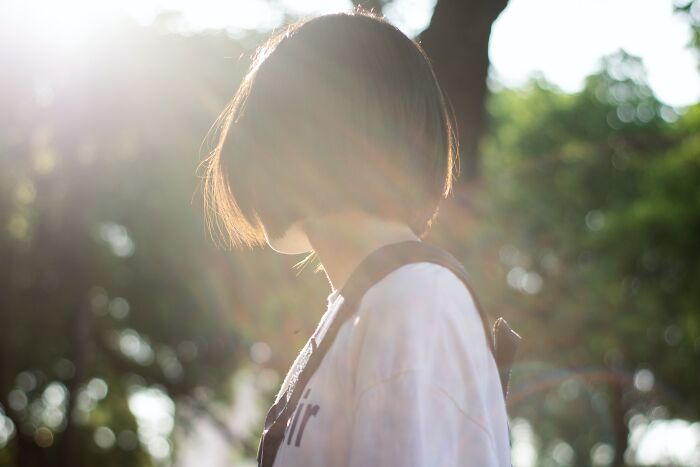 “An ex-coworker’s boyfriend would always tell me, ‘Pretty girls have long hair,’ because I usually kept my hair in a pixie cut or a chin-length bob. That guy was a douche.” 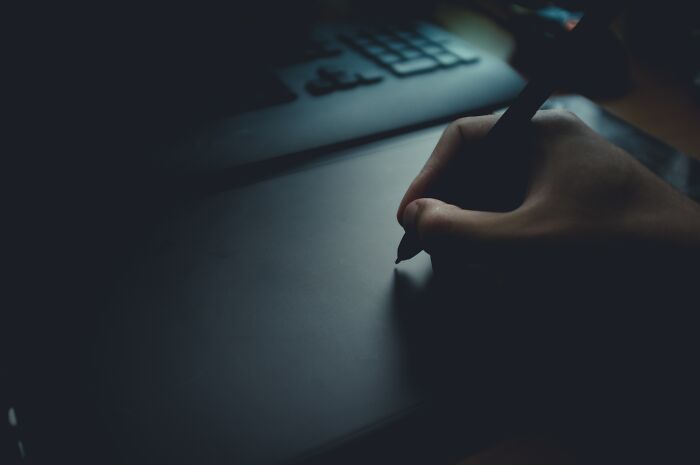 “My new male co-worker tried to build rapport by asking me: ‘Why did you become a graphic designer if you’re not pretty and don’t have a dad who owns a company? Women don’t make it in this industry otherwise.’” 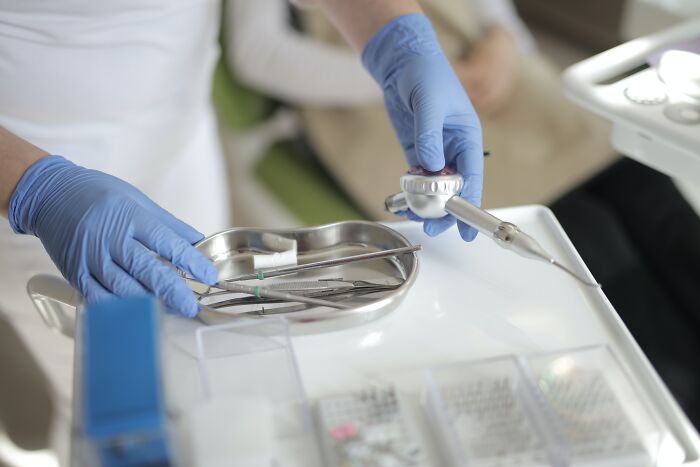 “Before I climbed on the operating table for a spinal procedure, the anesthesiologist — a white man in his 50s — stopped me and, for the THIRD TIME, asked if I was sure I wasn’t pregnant. I told him again, there’s no possible way I’m pregnant, but I’ll take a pregnancy test if he wants. Then, he said he didn’t believe me and that I was ‘too cute not to be pregnant,’ ‘that I’ve got to have tons of guys climbing all over me because I’m so cute,’ so ‘how am I not pregnant?’ 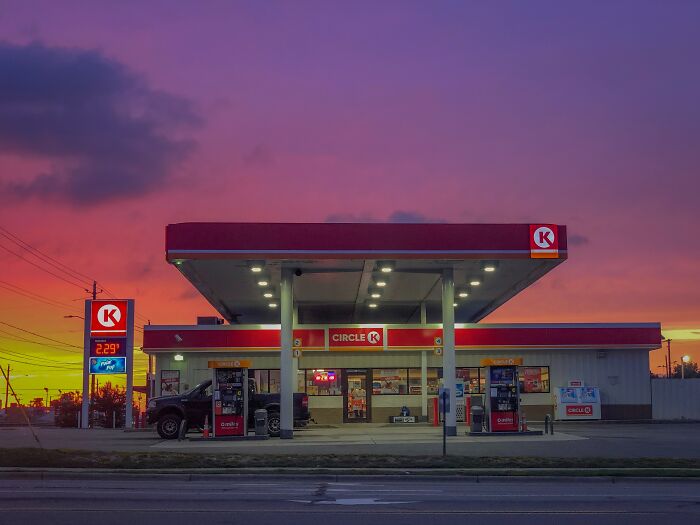 “I’ve only had one comment from a male I can remember appreciating. I was at a gas station and I went inside to grab some coffee. A guy was walking past and without stopping he said “wow, you’re so beautiful! The hair, the outfit, the makeup. It’s really working for you. You are gorgeous. Have a great day!” It was so genuine and friendly and the guy kept on his way without looking for a response. It was nice that there was no apparent underlying motivation, nothing sexual, just nice.” 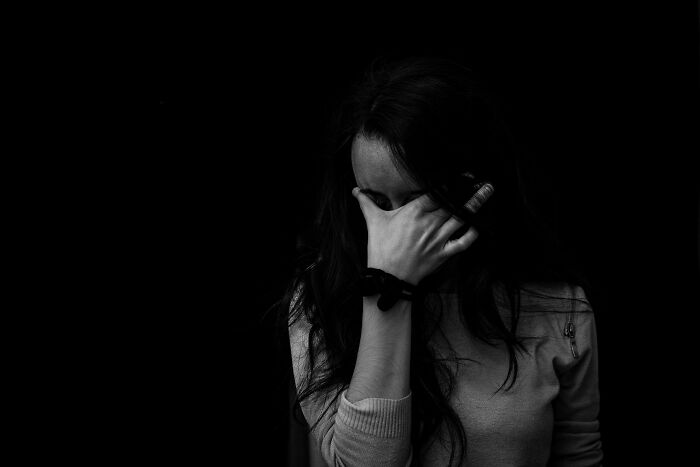 “I had a friend tell me that he wished he could put my personality into his girlfriend’s body, because, then, he’d have the perfect woman. He managed a two-for-one insult, pretty impressive.” 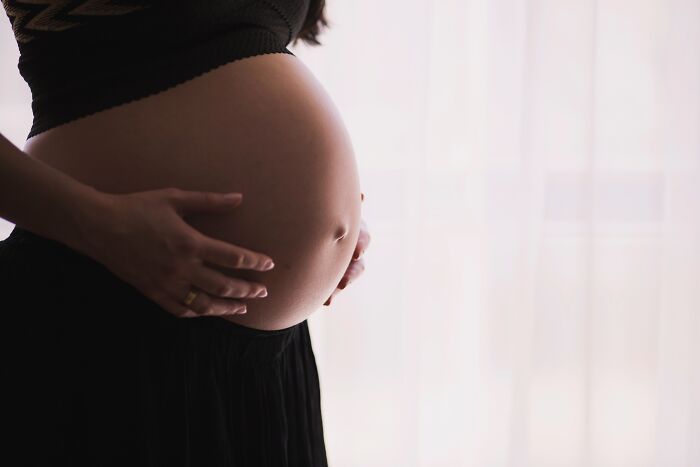 “Oh bonus comment! I was pregnant at the DMV and no one would give me a seat (120 degrees in July and I’m like 8 months and have hyperemesis) and so I was leaning against a rail in line to renew my license since I needed it to leave the hospital since my POS ex wasn’t driving me home after I delivered and just in case my mom couldn’t, and some loser sitting down tells me I’m a selfish, hateful woman for having anorexia while pregnant and not giving my baby what it needs. I am more than proud to say I looked at him and threw up all over the floor between us and on his pants and shoes before crying to apologize for the vomit, and the DMV workers rushed to my aid, cleaned me up, took my photo, and sat me in an air conditioned testing room to wait for my papers.” 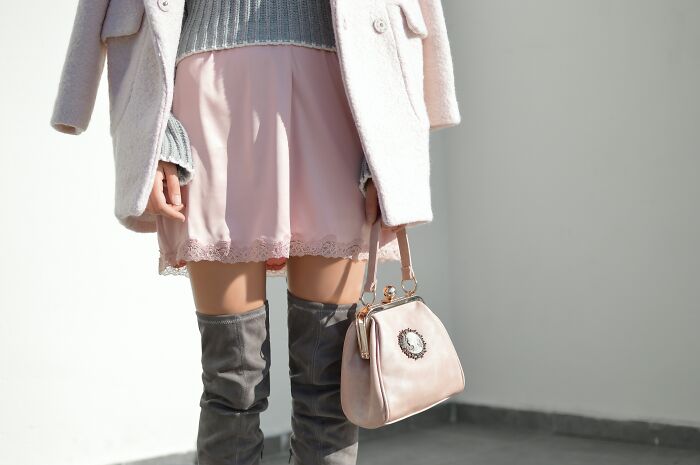 “I was walking through campus wearing a hot pink skirt and a cute guy walked up to me and said “Hey I like your skirt! No hetero!” And walked away. That guy was awesome.” 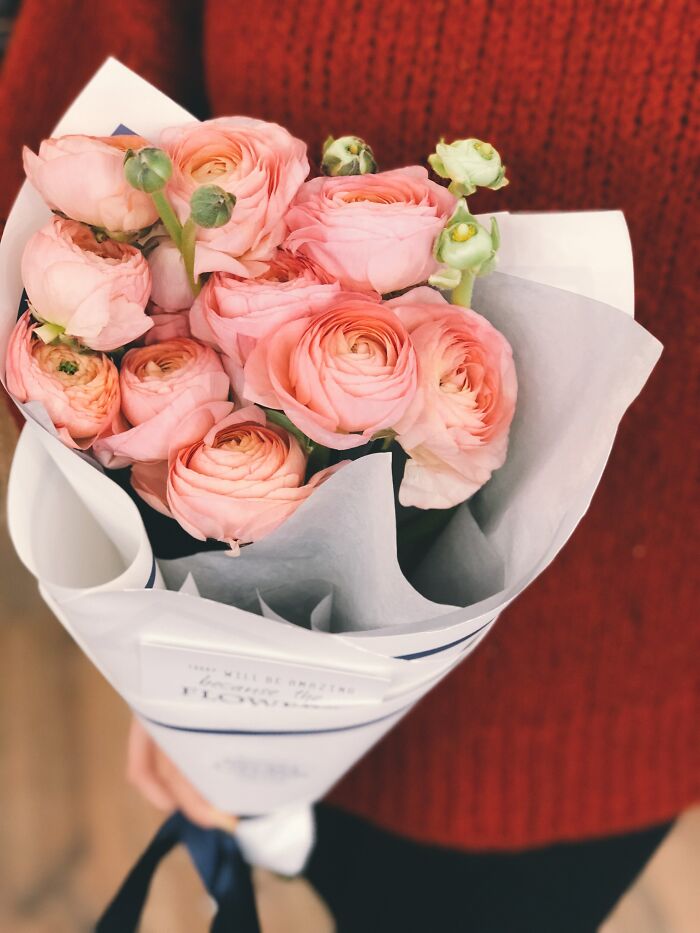 “‘Your underarms are dark, isn’t there a cream you could use for it?’ And that is how I got flowers for the first time in my life.”