20 Unwritten Rules Shared By People Who Grew Up Poor

Not all of us had the privilege of growing up in a well off family, meaning that even certain ordinary things seemed like a luxury reserved for the rich. However, growing up poor has taught some people a lot of valuable life lessons – lessons that all of us should know.

Recently, Reddit user Jicta people who grew up poor to share some “unwritten social expectations” of their world, and their thread quickly went viral, receiving numerous eye-opening answers. Check out some of the best answers in the gallery below! 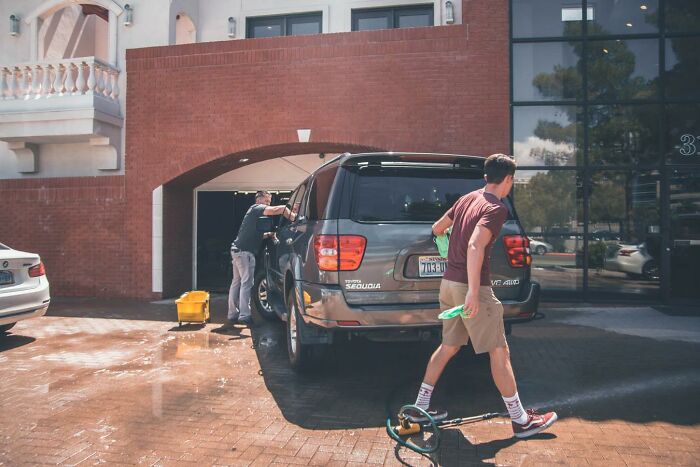 Not really a societal expectation, but more of a familial one. I never once knew how closely my family toed the poverty line, thanks to how my parents ran things. My dad, though, he would volunteer me all the time to help friends, family, coworkers in need, if I was able to at all. Never let me ask for a single dollar from them, unless it was explicitly “a job” and for, say, a friend of a friend. I helped his coworker move a handful of times. I cut my elderly neighbor’s grass. I helped so-and-so connect their internet, or a friend of his to replace their carpet.

I had no idea what my old man was fostering in both me and them. When I moved out on my own, his coworker called, offered to help. Showed up with antiques from his late mother as a housewarming gift for my wife and I. The man who’s grass I cut? He passed away, and left me his piano, since he knew I liked to play. The friend with the carpet? Hooked me up with a decent paying job right out of college. The internet-illiterate ones? Solid mechanics, and know my vehicle inside and out.

He was teaching me something so much more than just an exchange of goods and services. These weren’t I.O.U.s coming due. The man knew the value of community and friendship, and just how far people would go for someone else if they just cared, even an ounce.

It bleeds over in my day to day, now, too. I may see someone at the grocery store struggling to find a product, so I take the time to help them out. It costs me only a few minutes, and I may never see them again. Or, I find out the person I helped is the very same one standing behind the counter at the DMV, and makes my time just a little bit shorter as a thanks.

TL;DR, my pops taught me the value of kindness. 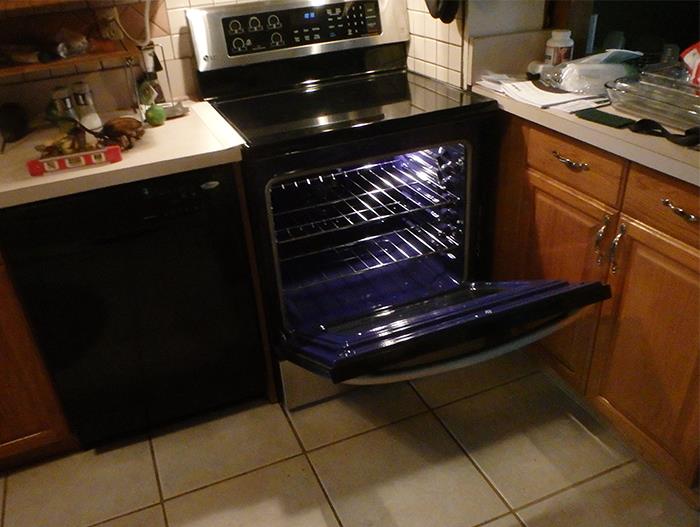 If you use the oven during winter, when you’re done, leave it cracked so that the heat warms up the rest of the house more. 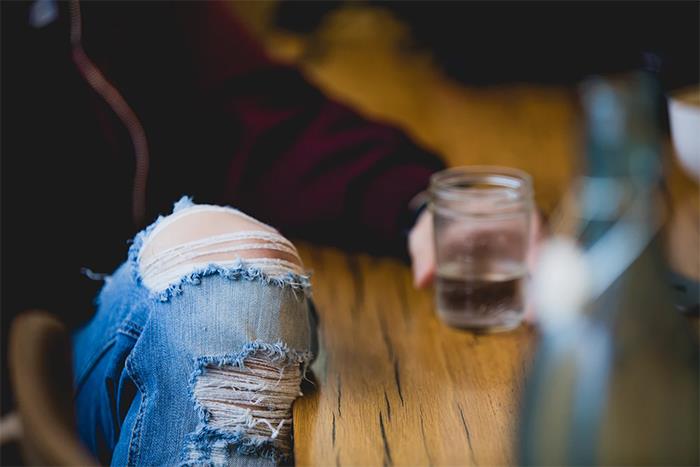 Keep your hair brushed, your clothes clean, and be articulate and polite in all circumstances. We were not going to be ‘trash’ just because we were poor. Also, no wearing ripped jeans, even if it’s the style. We’re not spending money on new pants that look like old worn-out pants. 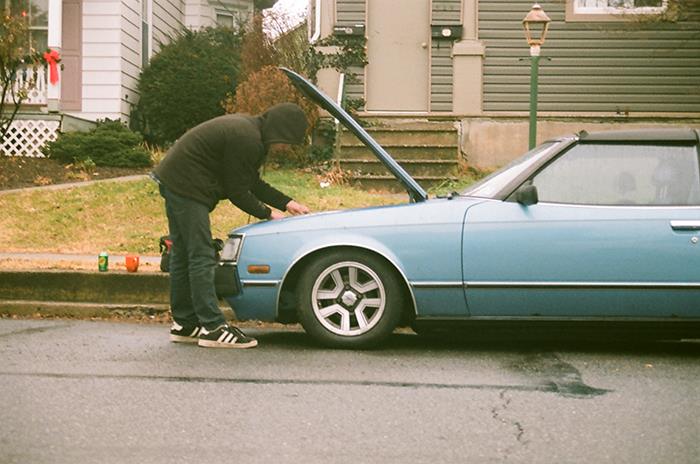 If your neighbors were in need—you helped them. Like, Mary’s car broke down again, so my brother would go work on her car for free on his day off, and I’d get up extra early all week to drop Mary off at work and get her kids to school. Swing by in my lunch break to grab the kids after school, too. Basically, when folks are in need—you help them, and the same is done in return. 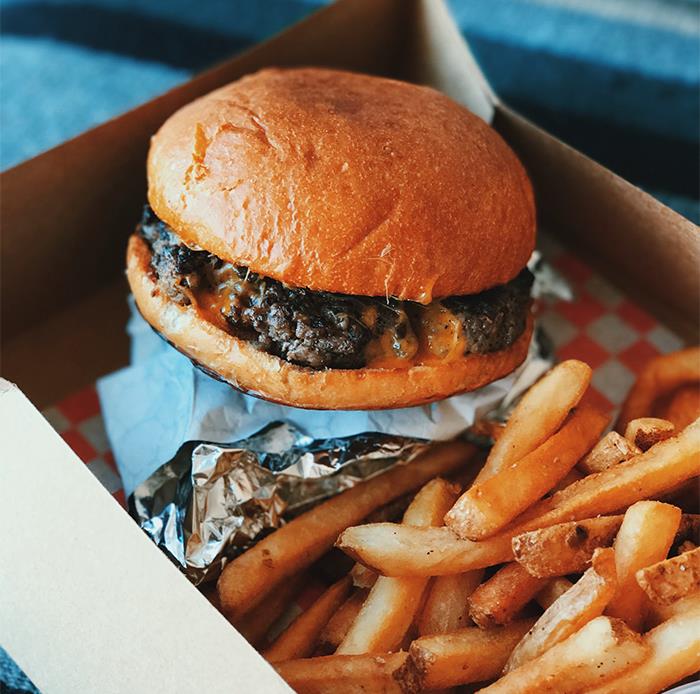 Literally once or twice a year for us growing up. 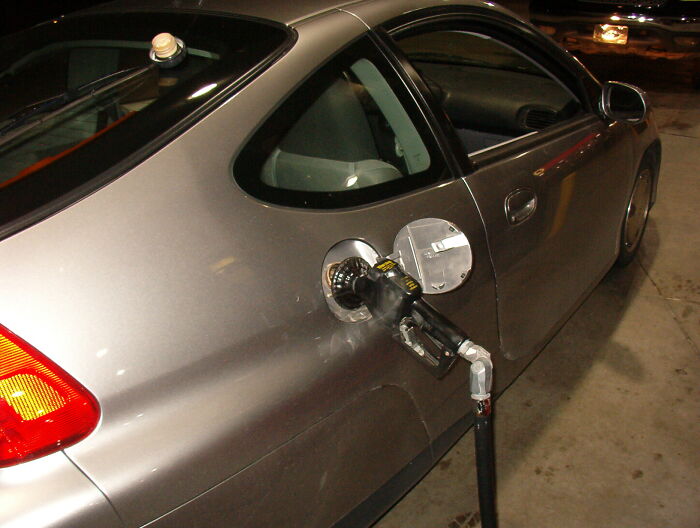 Never fill up the gas tank. You don’t want to be in a situation where you have gas in your car but no groceries. 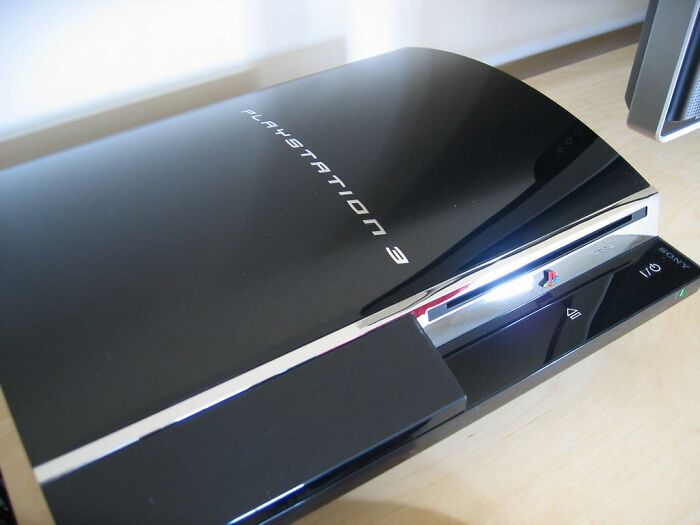 Always return anything you borrow in better condition. People will be eager to loan you things. 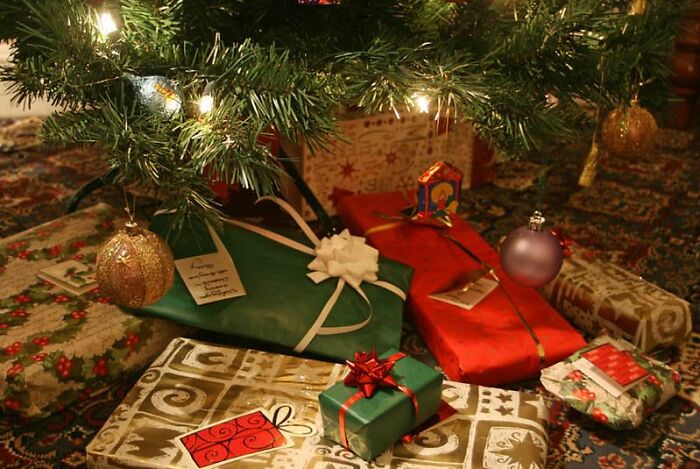 My parents where great at hiding that we where poor. They made sure we always had christmas presents and a birthday present. And we would order pizza at christmas. All our clothing came from other relatives or charity shops. But when i started working full time and went to live on my own? Just then i realized truth that we poor. But still looking back i have never had the feeling of being left out when it came too other childeren. And i still thank them for it.

And now all the kids have moved out? There the most generous and loving grandparents you could wish for a kid.

But the biggest lessen i have learned is help others out. So every time i have something that i don’t use or want? I give it away for free. Every time my daughter go’s up a size in clothes? I give the old clothes to a charity that helps people with childeren who can’t afford it. And it gives me a great feeling ever single time i do it. 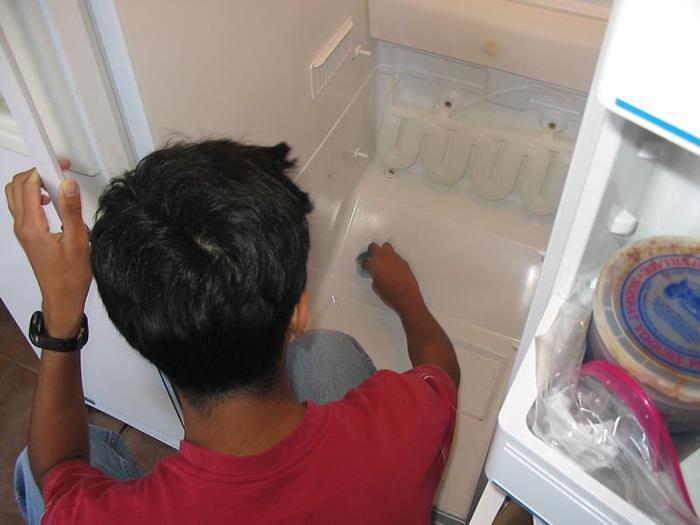 Overall, independence at a young age. But also responsibility. You cook, clean, and pitch in before you are asked. If you’re waiting for an adult to make dinner, you’re going hungry. Also, poor doesn’t mean dirty. You keep what you have nice, clean, and well cared for.

Seriously, I wouldn’t trade my upbringing for anything in the world. 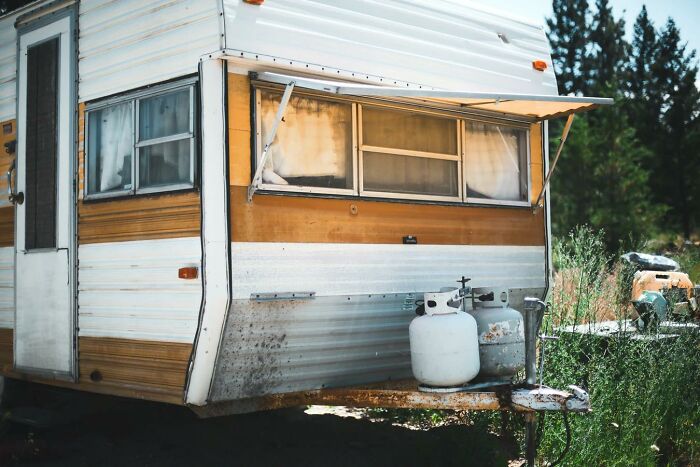 I grew up in a trailer. In fourth grade, a girl was having a birthday party and needed addresses for invitations. The next day she told me her parents uninvited me because I lived in the trailer. That was a new thing I learned I was supposed to be embarrassed about.

I guess just expecting to have to deal with other people’s sh**ty parents sometimes. 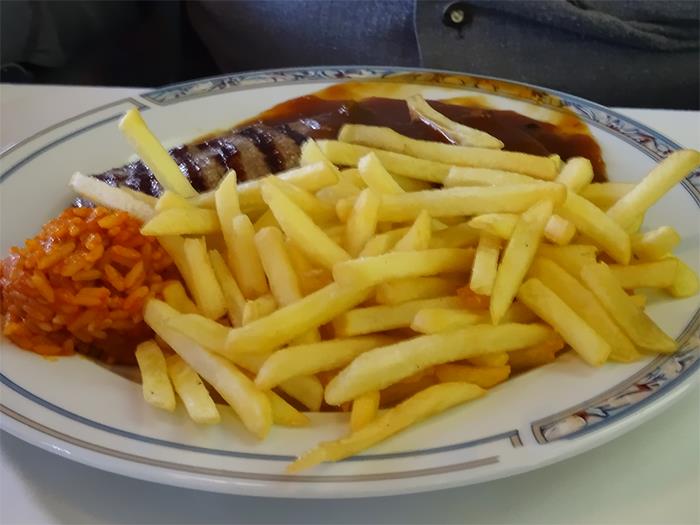 If someone buys you food at a restaurant order as cheaply as possible even if they tell you order whatever you want. Used to get death glares from parents if I ordered something 10 bucks or over at a place where average prices was 10 bucks. If you can get a burger and fries for 8 you better be eating a burger. 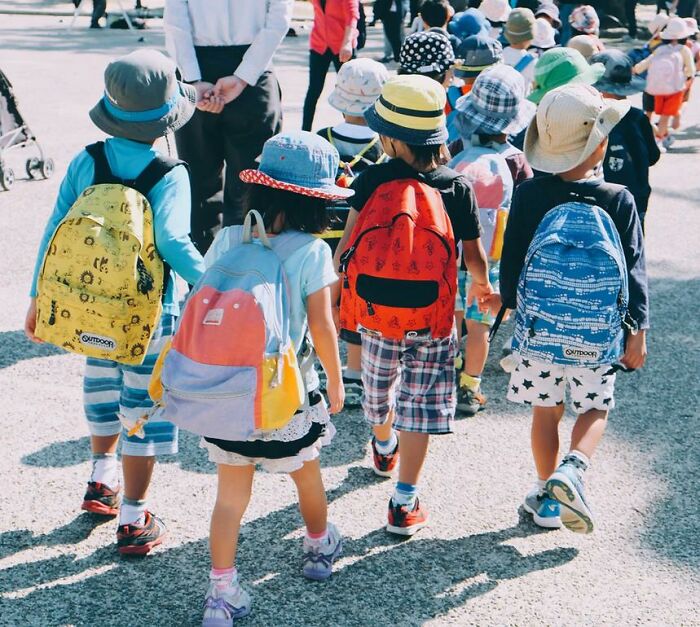 You never brought the field trip permission slips home because you knew better than to make your mom feel guilty she couldn’t pay the $5-20 fee to let you go. 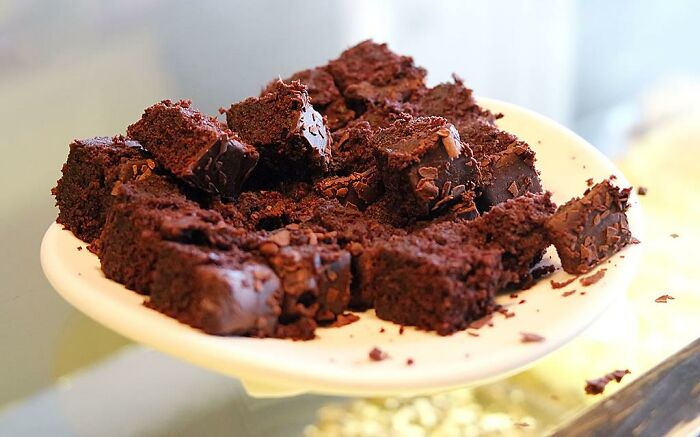 Eating stale or close to sell by date, food. No brand-name anything. Adding water to shampoo to get it to last longer. Reuse everything. Make-do or do without. Free samples count as a meal. To name a few. 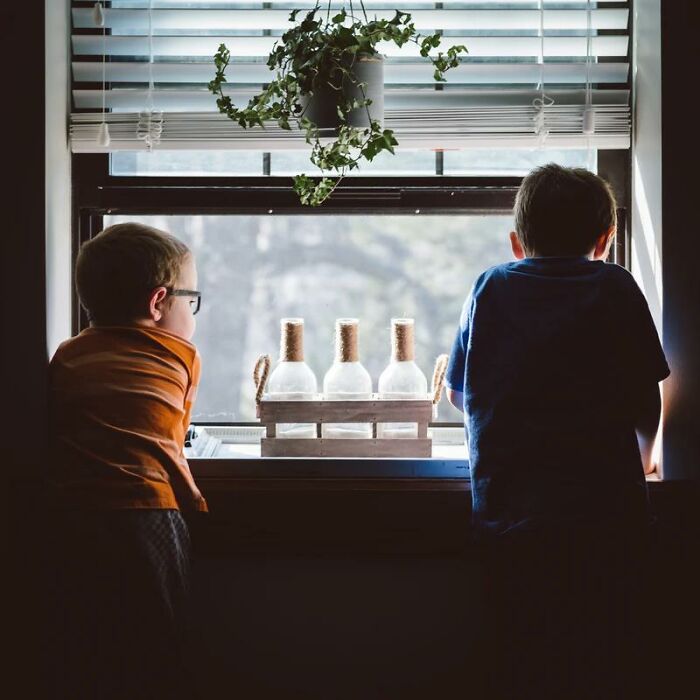 Being raised by a single mother, she instilled the belief that school went elementary, middle, high, then college. There wasn’t a question as to whether or not college was optional. She did everything in her power to raise two boys to live more successful lives.

My brother and I both graduated college and graduate studies (MA) and our starting jobs were both with salaries that were over double what my mom made. Growing up I wish things where different but as an adult, I cherish the values and experiences instilled by my mom.

It doesn’t matter of you don’t like the (food, clothes, shoes, toys etc) take it, say thank you and be appreciative 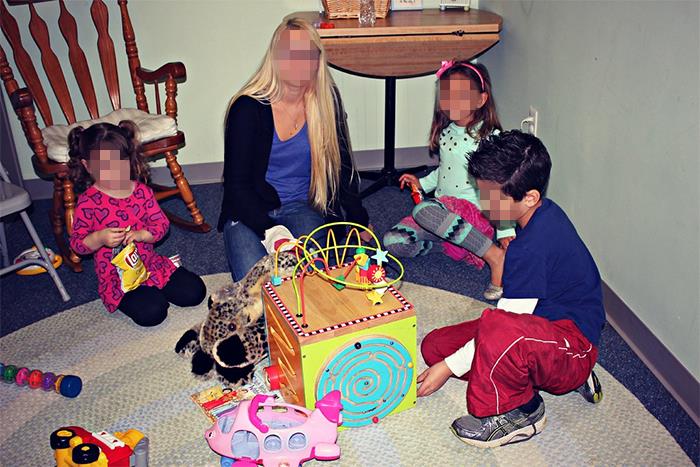 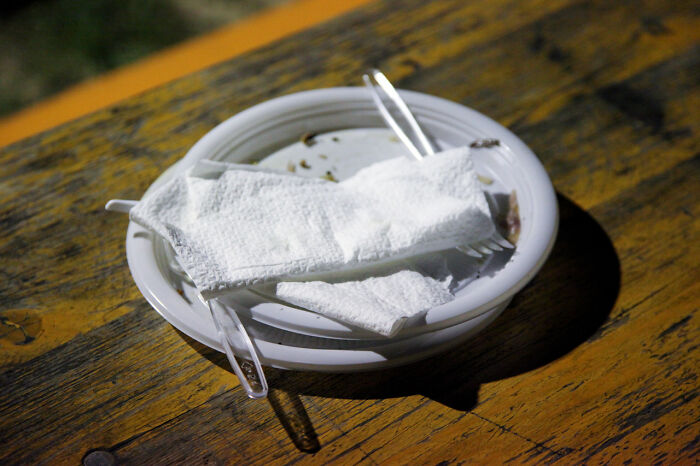 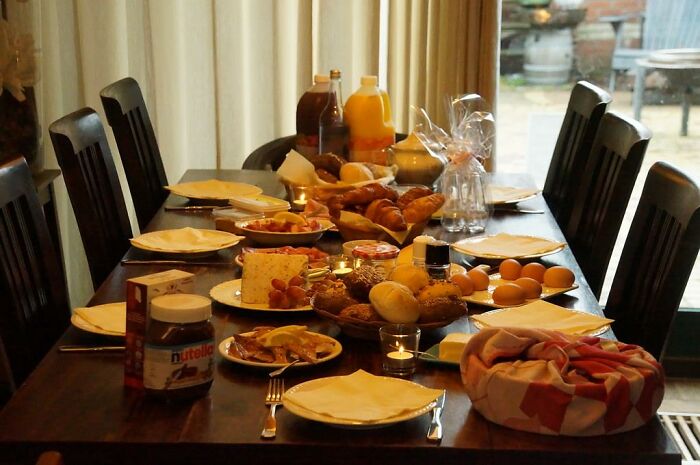 We were very poor growing up. You never ate the last of anything without asking first. Portions were small and limited. When I was 11 I was invited over to a then friend’s house. I was floored by their house and furnishings. Very opulent compared to mine. Lunch time came. Her mom had set the table for sandwiches. Everything laid out, 3 different breads, all sorts of meats, condiments and fruit. At my house lunch was a sandwich with white day old bread with peanut butter and jelly. Sometimes we would have those land o frost thin sliced meats. We were only allowed 2 slices of the meat per sandwich. So, at this friends house, I make my sandwich with one slice of ham because it was way thicker then the stuff at home. The mom kinda freaks out…”what kind of sandwich is that? You need to put more on it, thats not enough.” I explain that’s what we do at home. They were horrified. Ended up sending me home with a “care package” of food. My parents never let me go to her house again because they were embarrassed I told them we were poor. 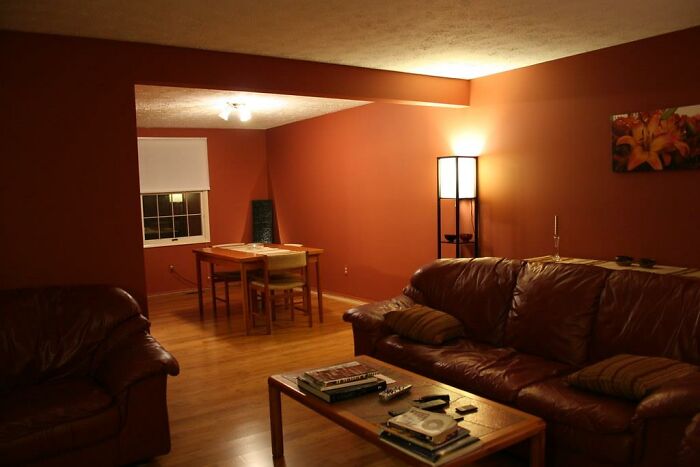 Turn off all lights behind you. Take as quick showers as you can. Recycle pop cans. Drive slower because it conserves gas. Plan your trip so that you don’t have to drive unnecessary routes and waste gas. Be OK with the heat always at 68 or below (use a blanket if you’re cold). 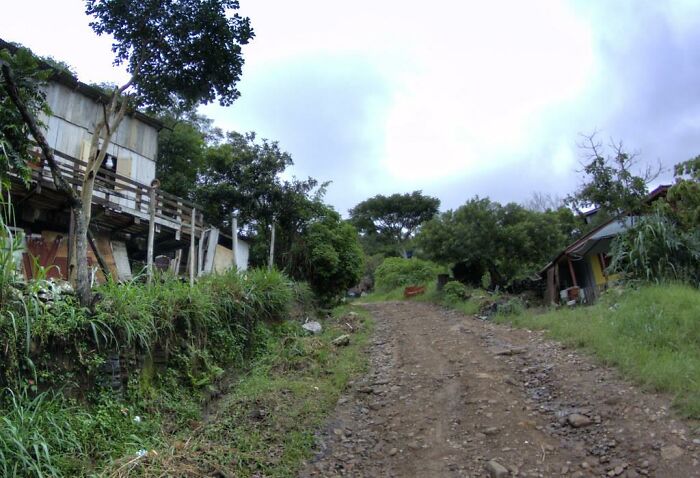 Keep your aspirations to yourself. Telling anyone in your household/social strata about your plans to get out and do better may be met with bitterness and downright ridicule. People will call you uppity for wanting to go to school or stupid for having a career goal that isn’t modest and local and vaguely dead-end. People will tell you that you have no common sense simply because you refuse to see the world in terms of pure survival.