Alpha Structural, Inc. is a California-based company that does structural inspections in Los Angeles and surrounding areas. The company also runs a pretty successful Instagram account where they share all of the interesting and bizarre stuff inspectors come across while on the job, and it’s pretty fascinating. From extensive termite damage to decks that are one false move away from collapsing, check out some of the most dangerous things spotted during structural inspections in the gallery below! And if you want more, be sure to read our earlier articles and ! 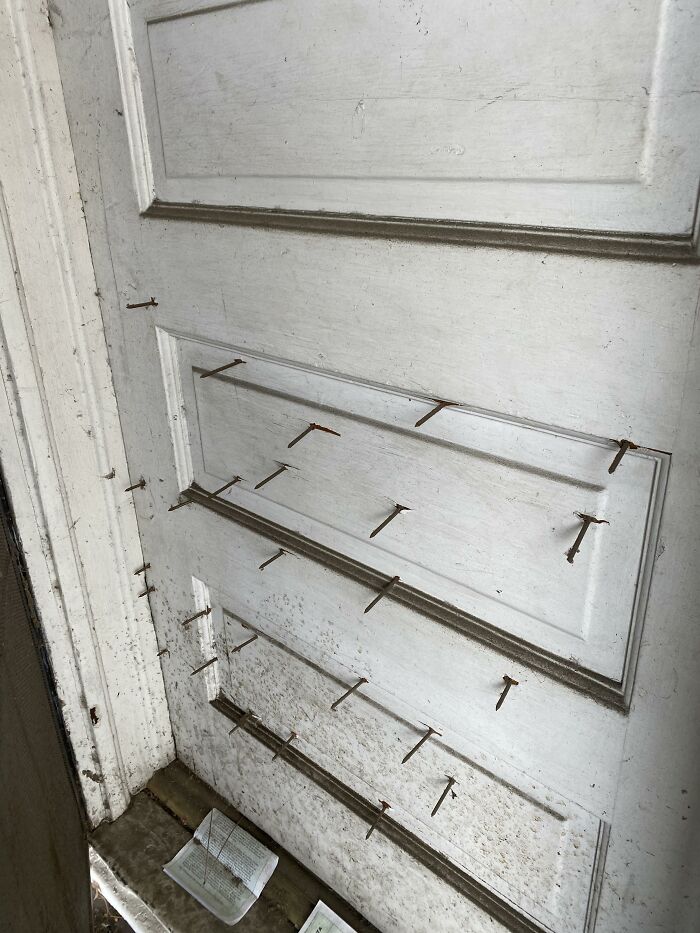 Somebody was preparing for the zombie apocalypse or something! 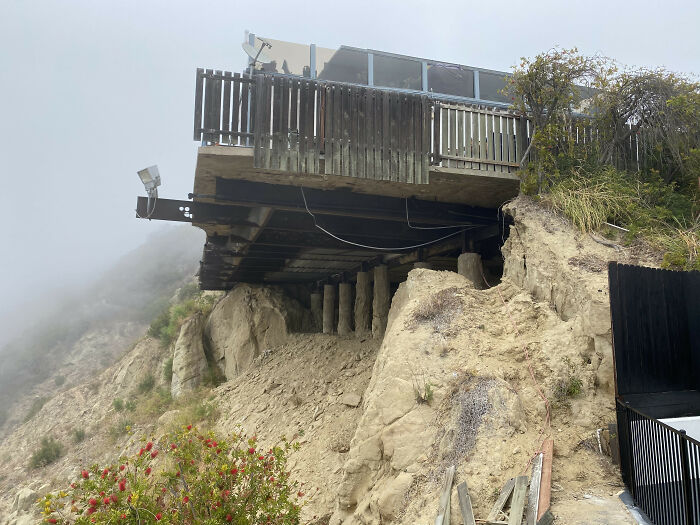 This is one of the craziest things that we’ve seen during our inspections. This owner had undermined almost the entirety of his home by digging underneath the slab and excavating around the piles. There had been a minor mudslide and they decided it would be a good idea to create more space underneath… The grade of soil used to be up to the concrete slab above. Believe it or not, the property had not yet been red-tagged. 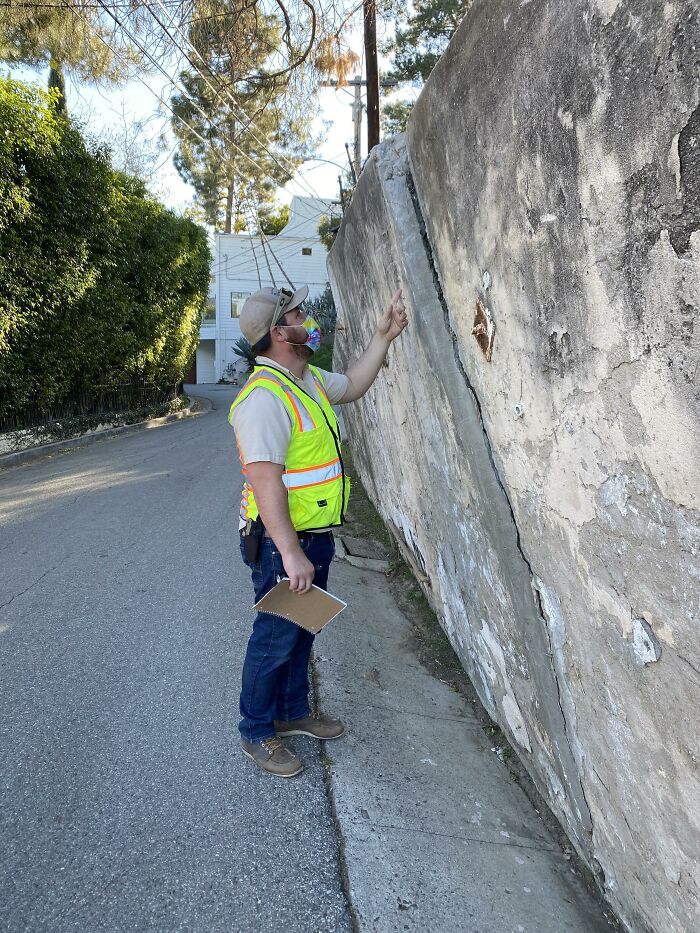 Here is one of our Senior Structural Assessors, Kyle, inspecting a failed retaining wall. You can see the tie-backs used to hold the retaining wall upright didn’t work out too well. 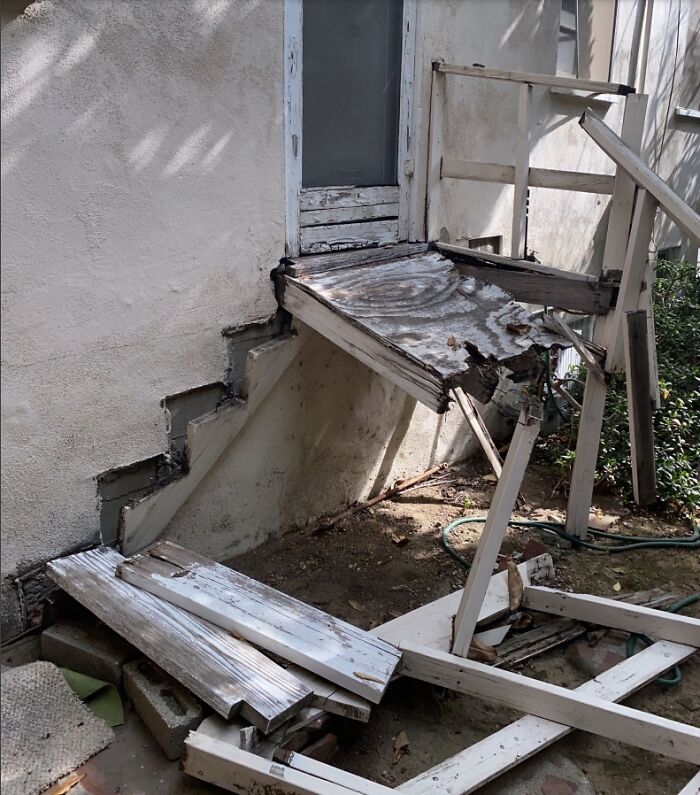 This was a home we inspected with two sets of rotted stairs and plenty of interior cracking. 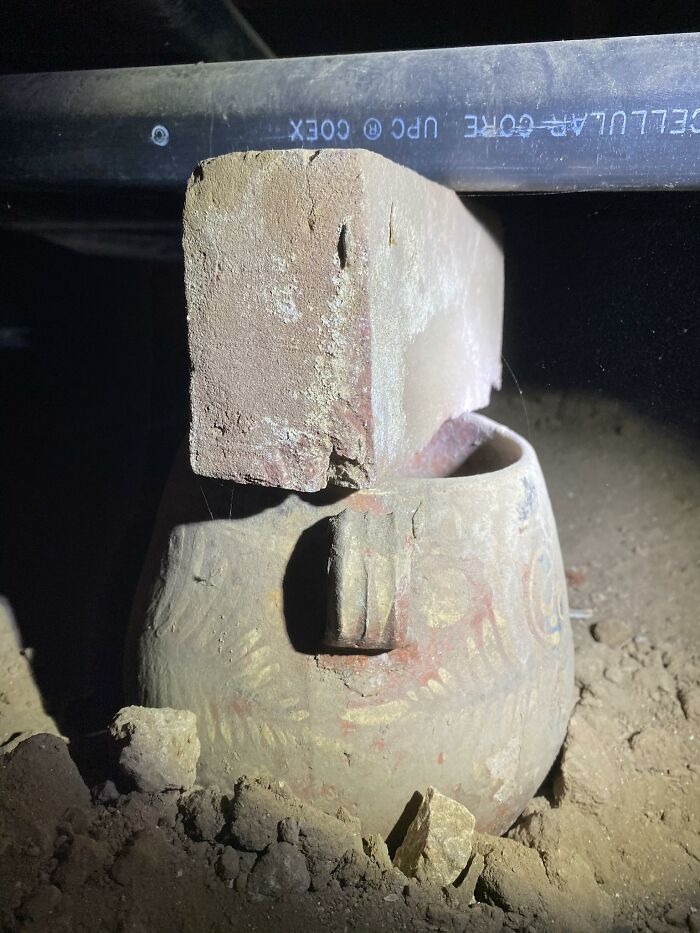 Pottery can be a very useful tool. 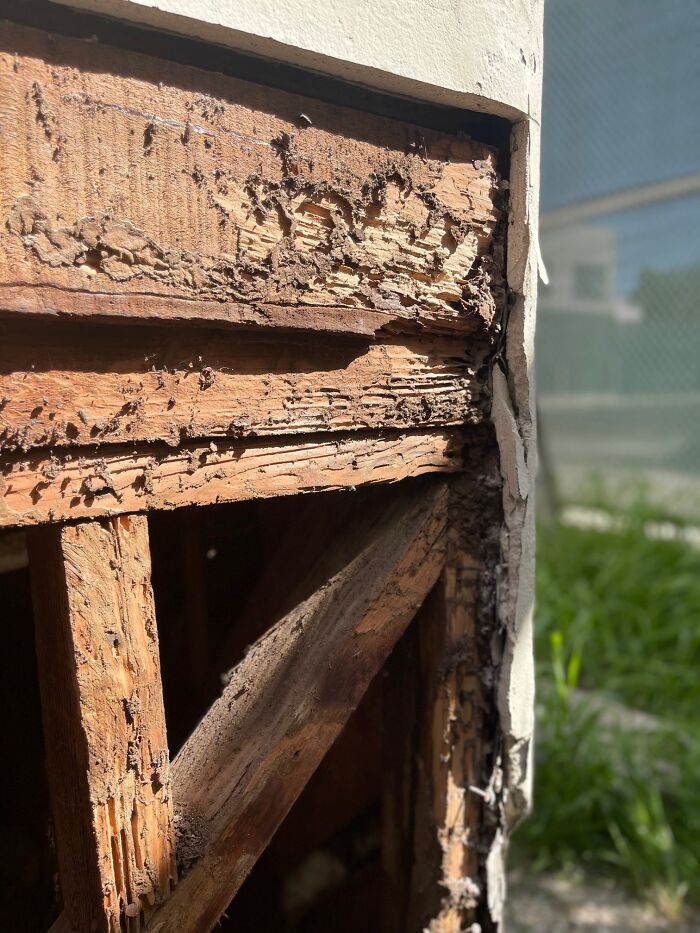 If you don’t know what termite damage looks like, here is a great example. If you notice this around your house, I would call a termite guy right away. 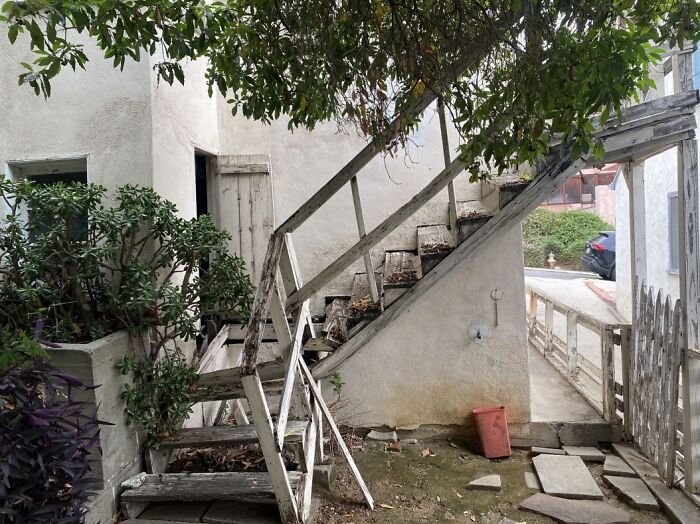 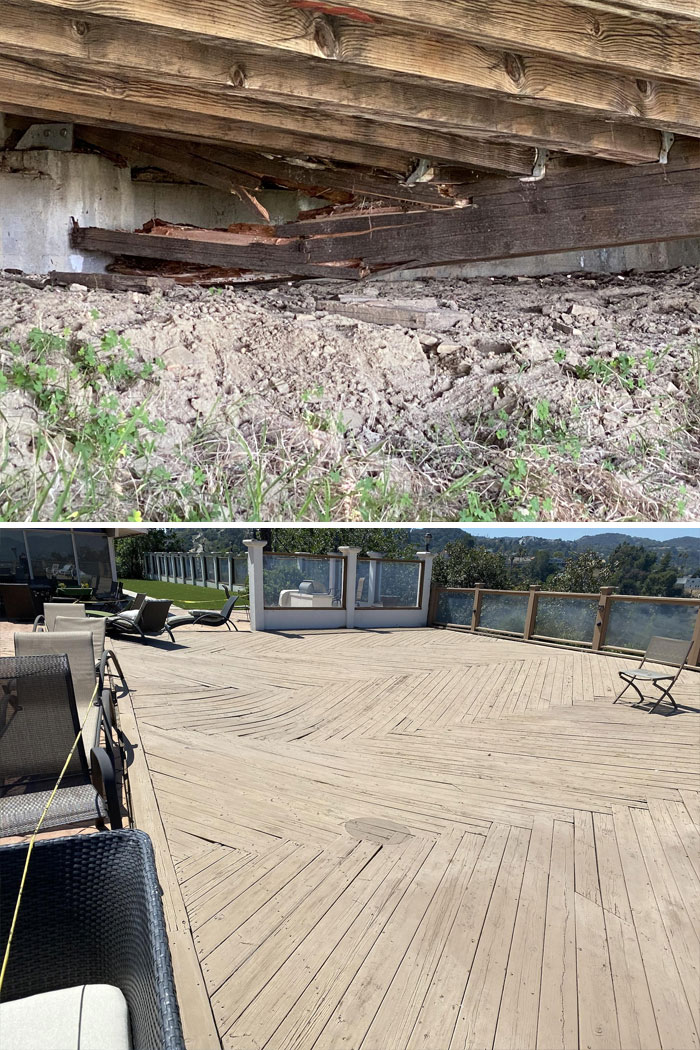 Do not jump on this deck if you enjoy living. Don’t even walk for that matter. 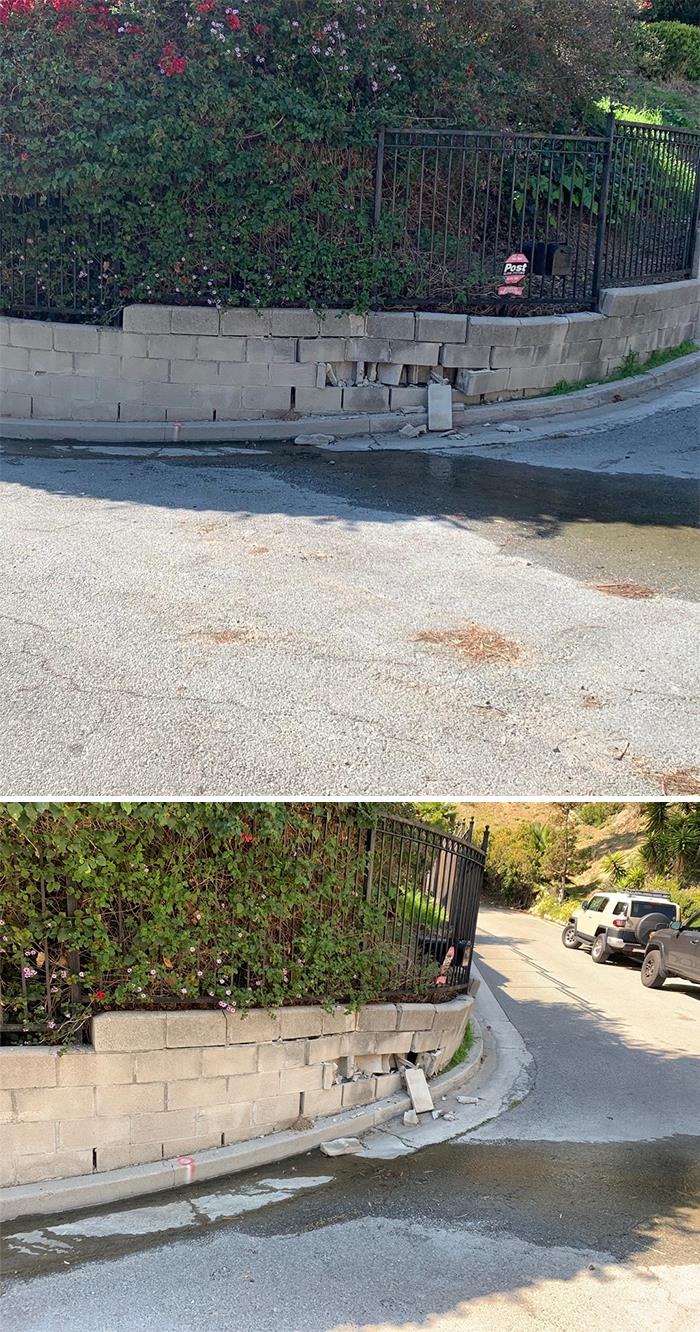 Here we have some damage dealt to a garden wall by a local FedEx driver.

At least it exposed the wall as being fragile and hollow. We’ll be proposing a new wall here that will be properly done with concrete and steel reinforcement. It does hold back a sizable slope, after all. 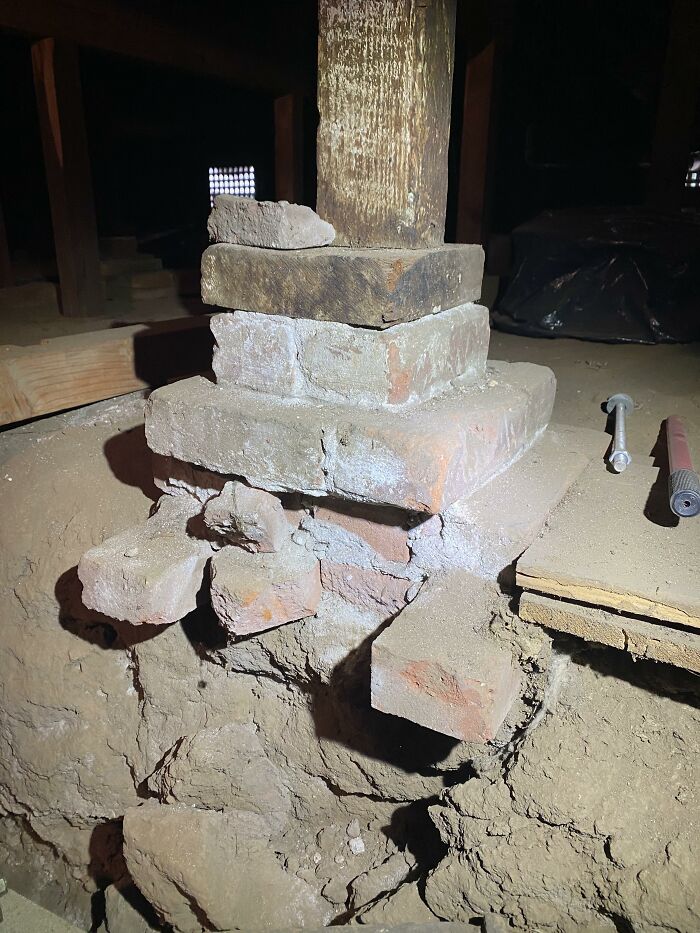 This was a crazy bridge structure we saw across from a home we inspected. Many of the supporting posts are bending as the soil erodes and the structure above begins to move. 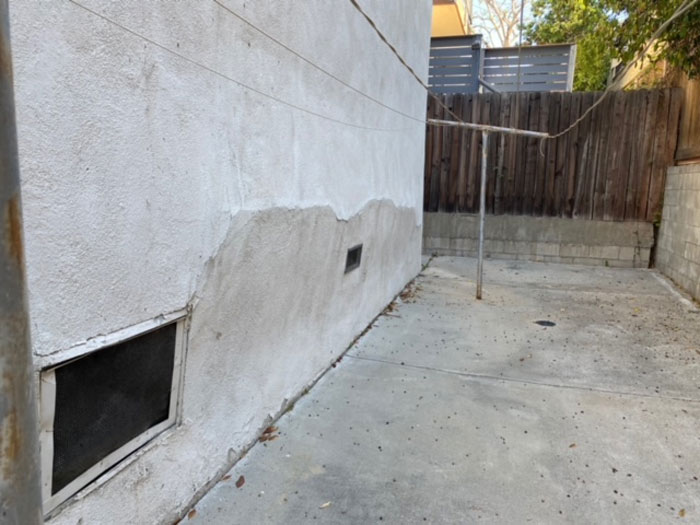 This is a cripple wall that is bowing outward, causing movement in the units above. This is dangerous and could end in a collapse if not handled properly. 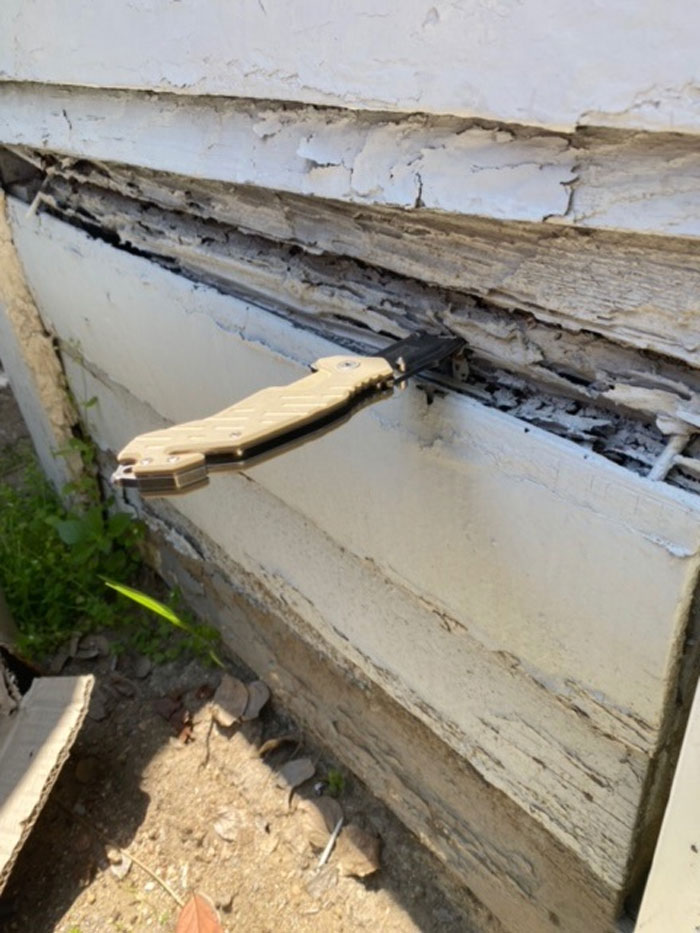 The termites stood no chance. 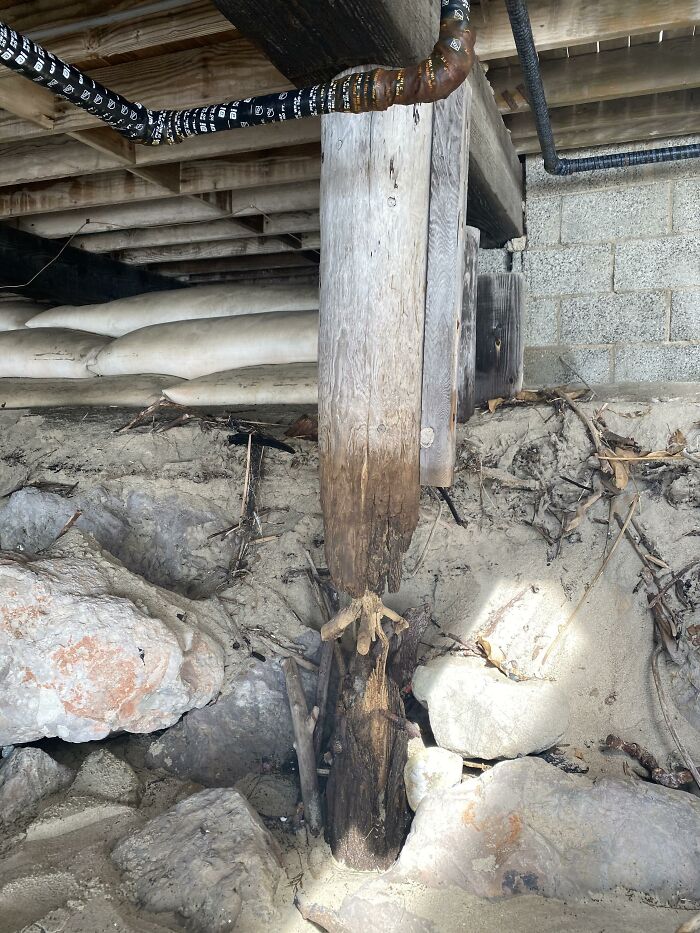 The column was barely hanging together with just a small portion of the top and bottom staying connected. 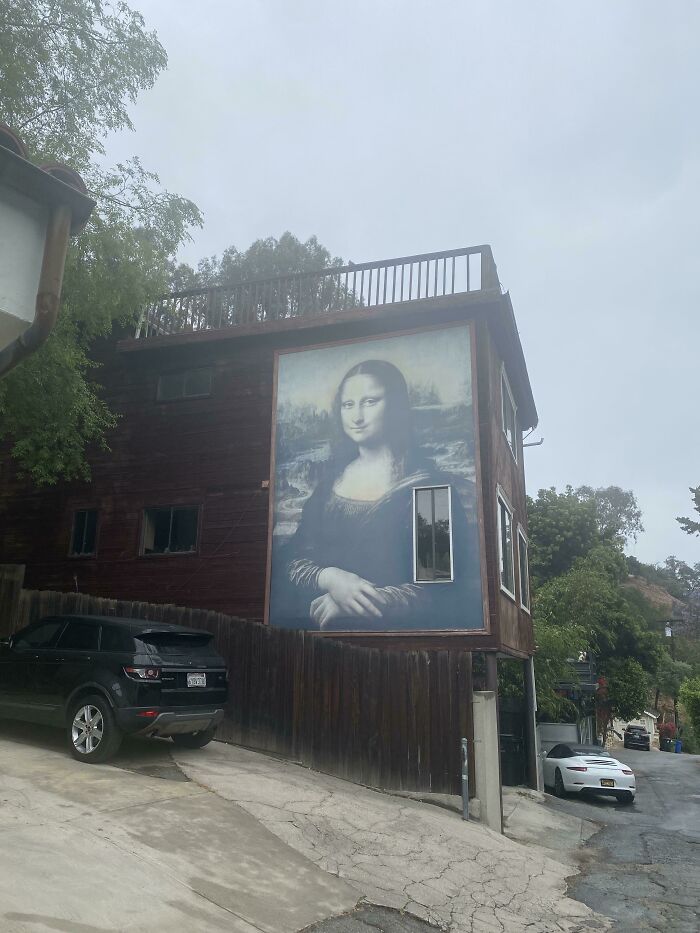 I think this is the original. 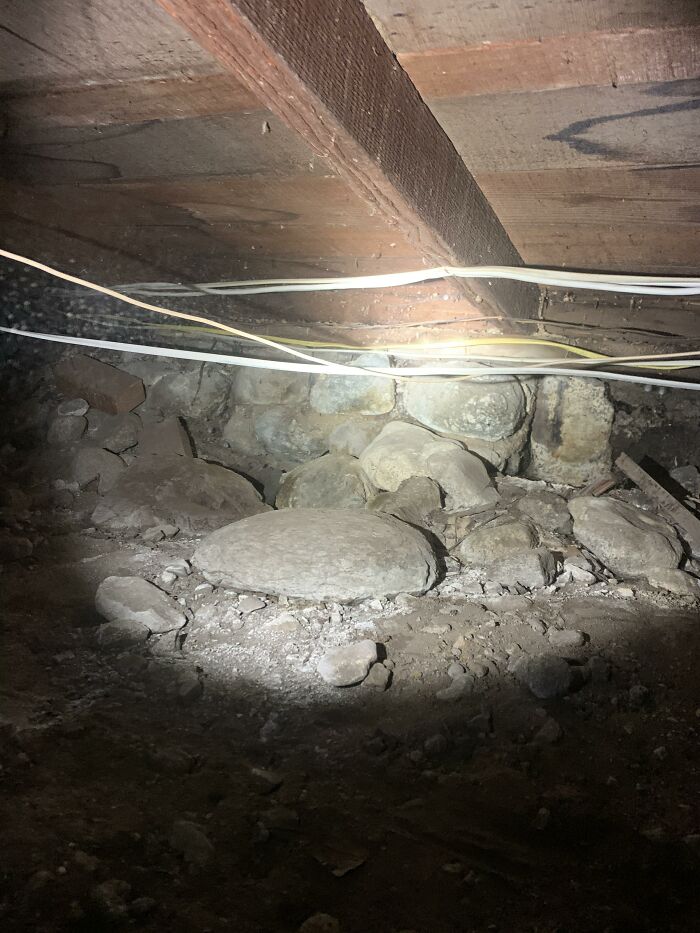 This was a gnarly river rock foundation that was falling apart. Some say this is a rock-solid foundation, but those people must be stoned. 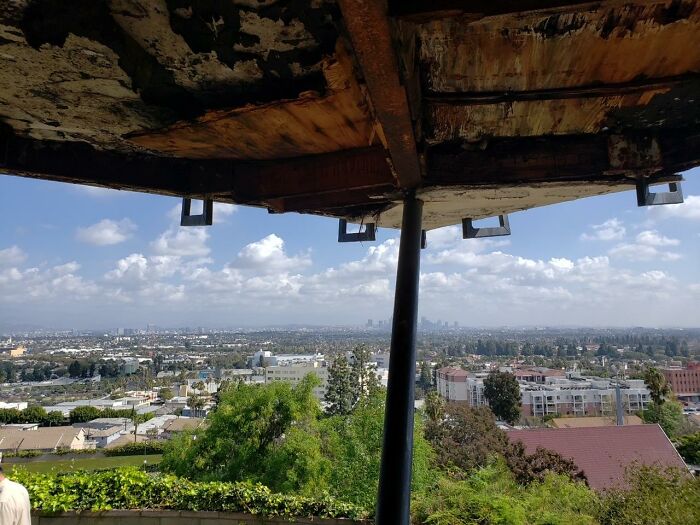 This deck system has some bad rot and we are almost ready to start the repairs! There are some beautiful views of DTLA from this home as well. Luckily it had just rained so most of the smog was cleared. 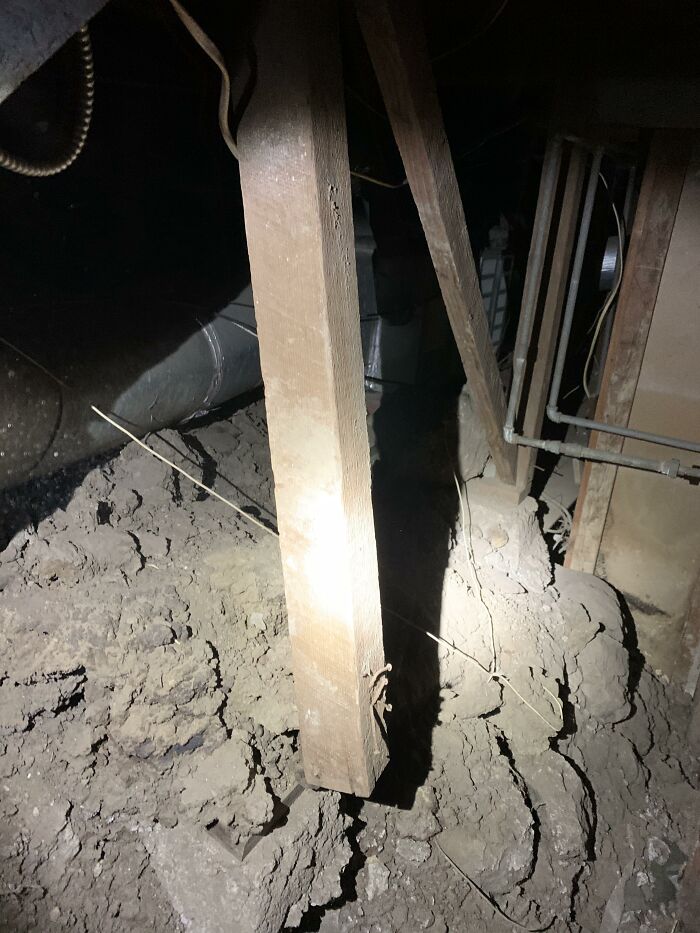 This pier missed the mark and is now floating. To be fair, the expansive soil caused a ton of movement and the pier began to sink a long time ago. 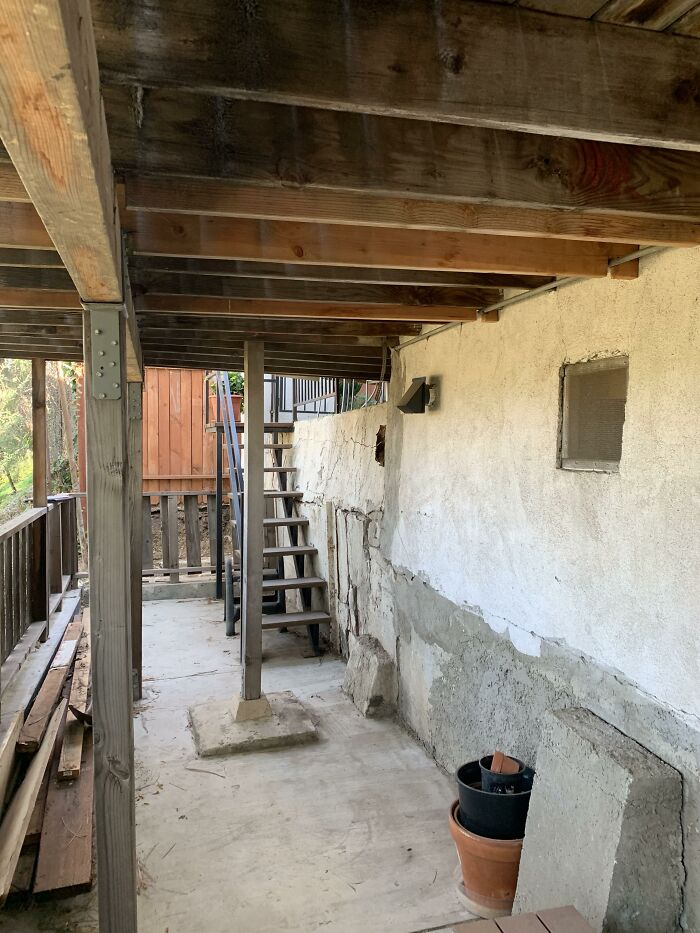 This failing retaining wall was bowing quite a bit and it didn’t help that it was connected to a section of the basement wall. This needs some attention asap! 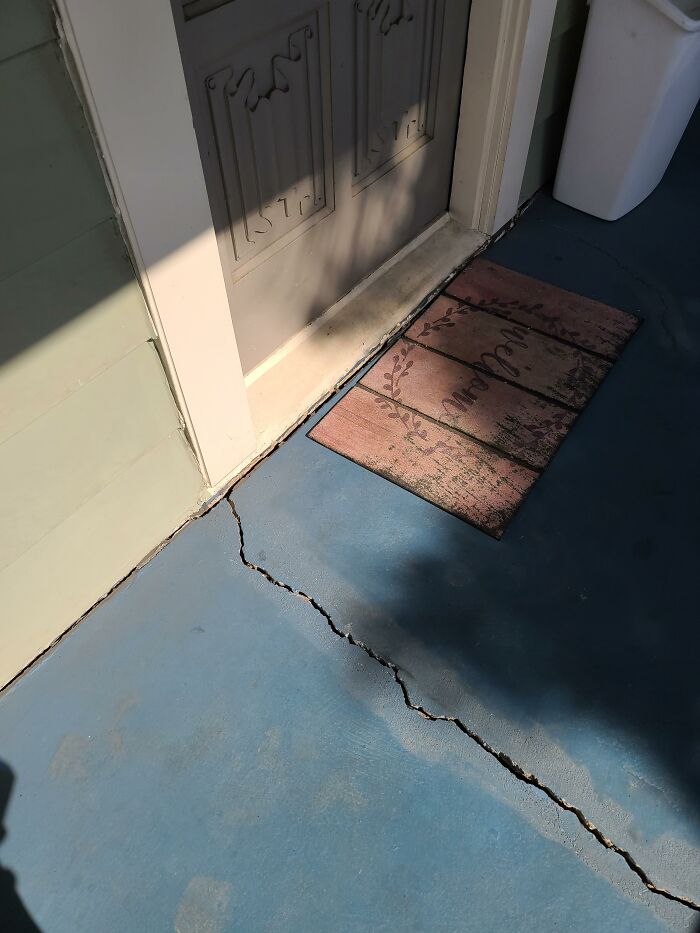 The concrete porch area has some major cracking and is slowing pulling away from the house.