It was a year of staying home, cancelled degree shows, and postponed design events. Not an easy time if you’re entering the industry and looking for a junior design role. With the events of 2020 fresh in our minds, how are we all coping so far this year? And what words of wisdom can we share to help those just starting out?

It’s a question award-winning graphic designer put to 21 inspirational artists and designers lately. He asked: “In our new now, creative talent faces new challenges to enter the industry. What advice would you impart to the next generation, how do you ‘make it’ in 2021?”

David has since transformed the advice into 21 animated typographic posters for a side project “sprint” called , featuring leading names such as Camille Walala, Ragged Edge, Spin, Nomad, Studio Build, Hey, Design Bridge, Morag Myerscough, and The Office of Craig. Wisdom includes, “You can’t really do anything wrong,” courtesy of David Ormondroyd. Or Aporva Baxi from DixonBaxi saying, “Design with optimism”. It makes a positive series with advice that any of us could benefit from hearing once more. 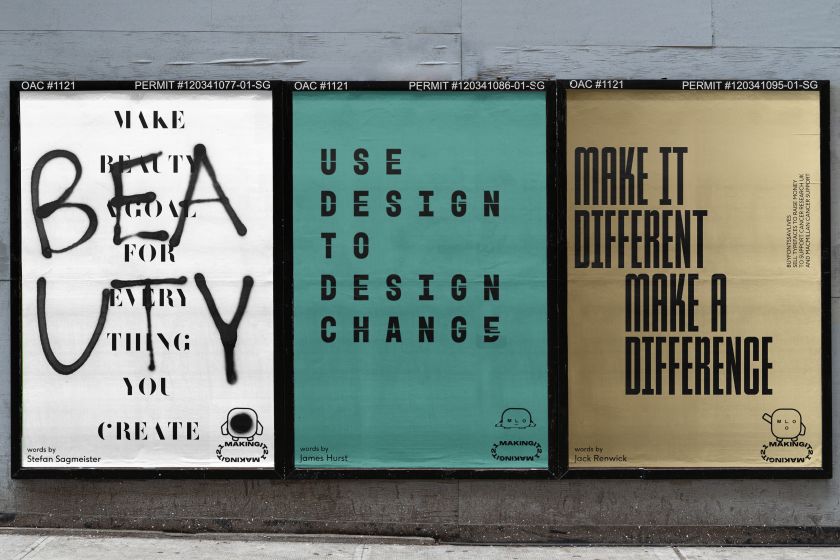 “The purpose of the project is simple, provide some positivity to grad designers or anyone in need of some inspiration as we enter a tough year,” David tells Creative Boom. “There’s loads of inspiration in the captions and it’s been really great to spread some positivity.”

David also points us to Craig Oldham’s quote, “Say what you mean. Mean what you say. Never ask for permission.” It comes from a longer caption that reads, “Telling the truth and being honest are crucial qualities, not only in good design but in good designers. But sometimes you also need initiative. A lot of leaps forward come from a passionate stance on something, and rather than seeking endless certification and approval that a decision is the right one, just make the right decision at the time it feels right. And deal with everything else afterwards.” 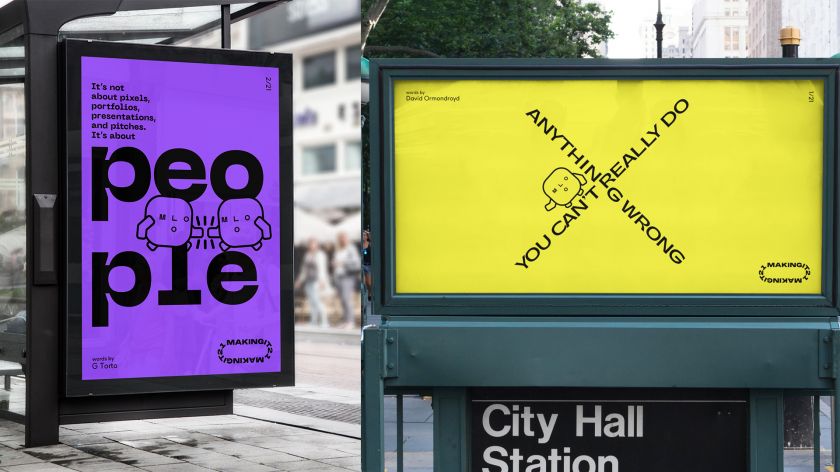 Alongside each quote is a mascot to bring some warmth and optimism – each one dancing around the crisp type or popping out to wave and say hello. In future, David plans to turn the 21 quotes into a free postcard series for graduates. Watch this space!