Whether you’re looking for an illustrator to team up with or want a dose of visuals to inspire you, where’s the best place to look? of course.

A companion site to the famous Directory of Illustration book, which is published at the beginning of each year, it features thousands of illustrations from hundreds of the best illustrators working today. And that makes it easy to search for, reference, and connect with some of the most talented artists in the world today.

To whet your appetite, we’ve picked out 30 of our favourite illustrators, including both fresh and familiar faces, that we predict are due to make a big splash in 2021. Read on for a burst of inspiration from some seriously impressive artists.

With Facebook, Warner Music and The Guardian amongst her clients, Helen Green is much-loved for her ability to not only capture a photographic likeness in her portraits but also the personality and life within her subjects. Working in a range of mixed media, she conveys a story and sense of fun in all that she creates. Her moving portrait of David Bowie is our particular favourite. Helen is represented by in London.

Paul Davey is an illustrator based in Miami who grew up in Manchester, Jamaica. He’s also known as Mattahan, which is based on the patois pronunciation of Matterhorn, a popular cigarette brand in his home country. Represented by , Paul is completely self-taught and his work is inspired by both surrealism and comic books. 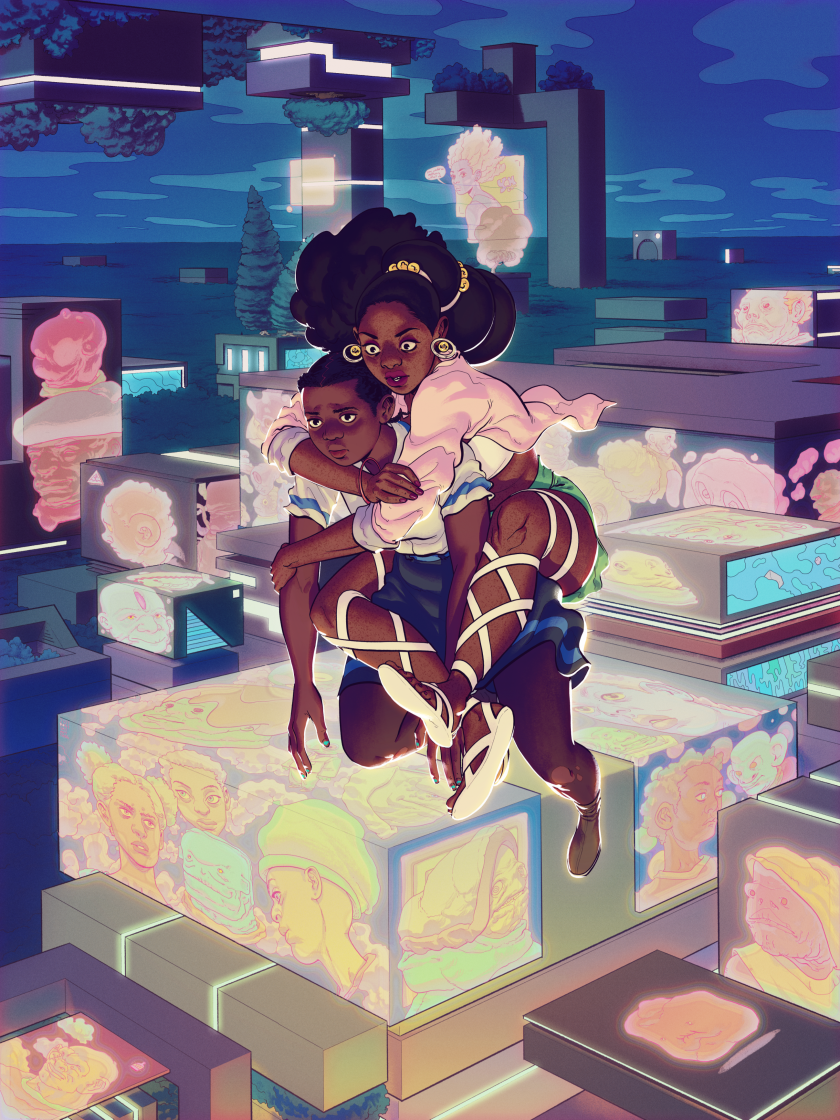 Lulu Dubreuil has been working independently as an illustrator and graphic designer for over 15 years. All of her artworks are done with vector. Lulu studied industrial design at the Nantes Atlantique School of Design and since graduation, she’s lived everywhere from the United States to Hungary to the United Kingdom. Today, she’s settled back in her home country of France. Lulu is represented by . 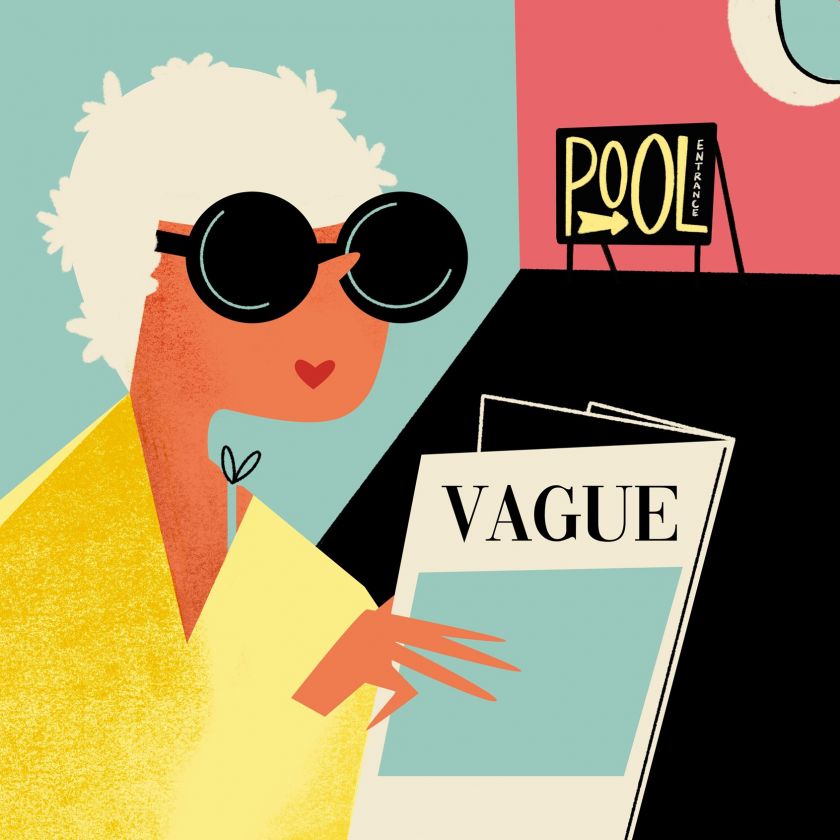 French illustrator Thomas Ehretsmann’s award-winning work has been featured in the New Yorker, Rolling Stone, Elle Magazine and numerous European and American books and journals. Working mainly using acrylics on paper, his art has also been exhibited at Gallery L’oeil du Prince in Paris and Gallery Brulee in Strasbourg. He’s represented by . 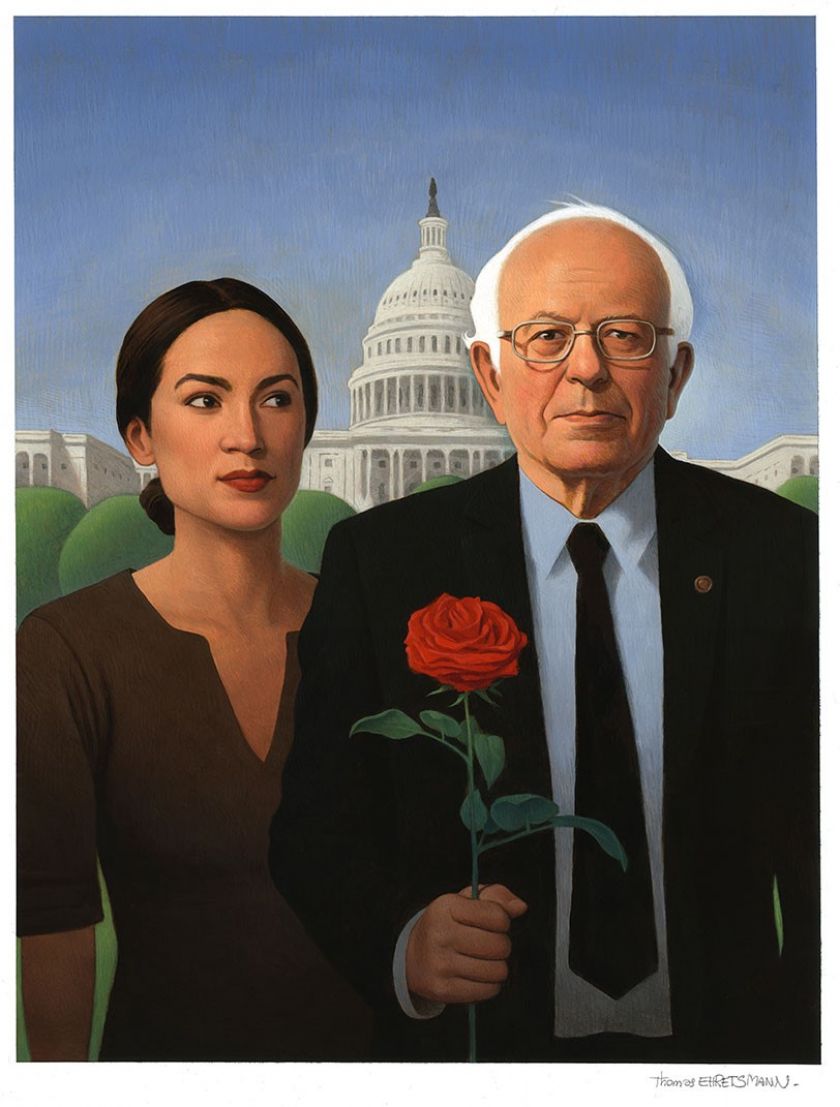 Represented by , Jennifer Dionisio is a Canadian freelance illustrator based in London. She studied illustration at London Metropolitan University and today creates detailed hand drawings in pencil and ink, which she then colours and manipulates digitally. Her distinct vintage aesthetic is inspired by her vast collection of early to mid-century images and ephemera. Influenced by film-noir, pulp mystery and science fiction, Jennifer designs atmospheric compositions with hidden depths that reveal themselves differently with each pass. 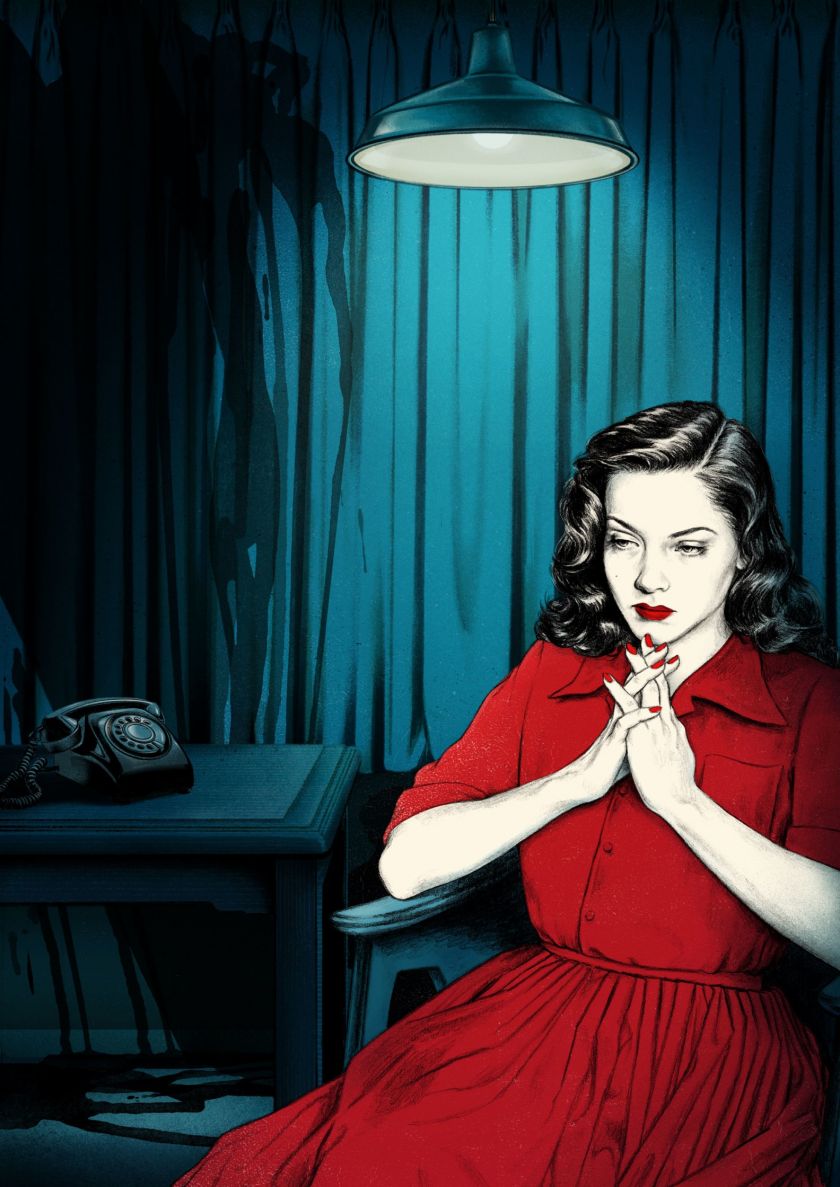 Paige Weber is a freelance illustrator probably best known for her painterly portraits of animals and people, and her graphic reimaginings of once vibrant vintage neon signs through her brand, Gumption. Paige completed a BFA in graphic design at Boise State University in 2008, and an MA in illustration at the Academy of Art University in 2018. She currently lives and works in Pocatello, Idaho. 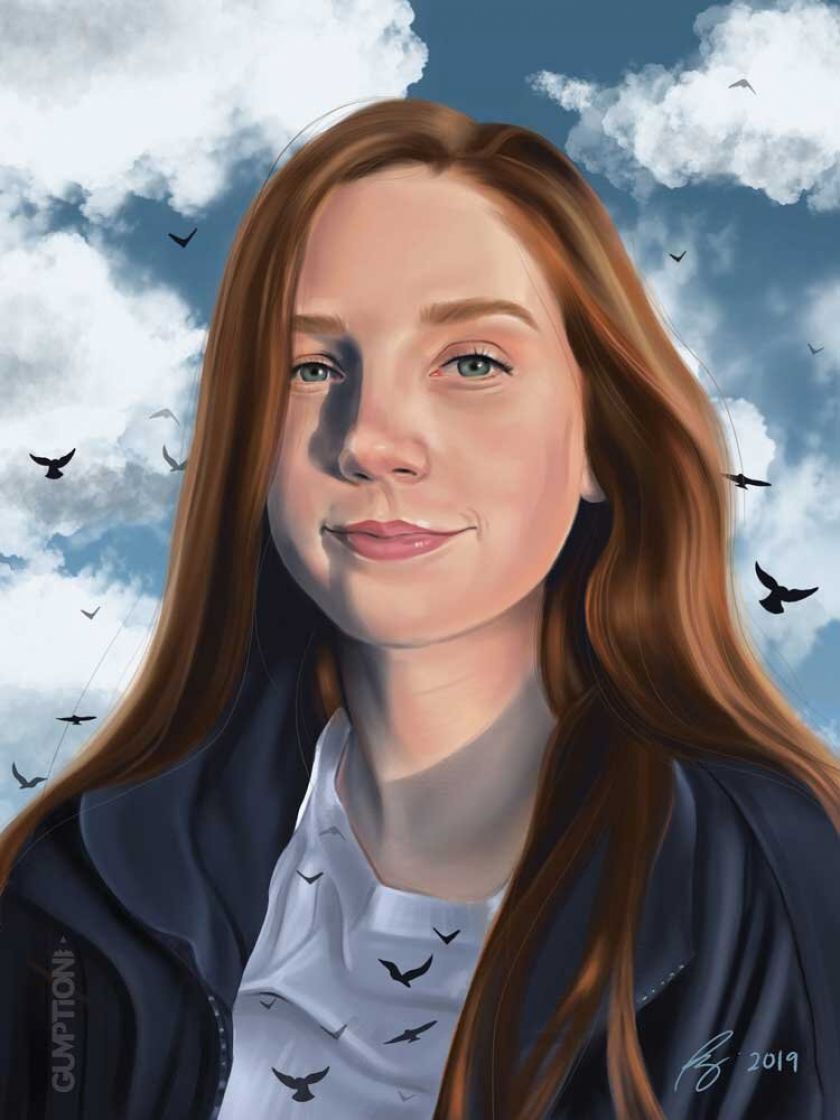 Represented by in London, Olivia Waller is an illustrator and printmaker based in Brighton. She combines elements of collage, drawing and printmaking within her work to depict scenes of striking characters and celebrations of women. With her background in printmaking, her textures and techniques make her style unique, but still commercial for editorial, branding and advertising clients such as Airbnb, Washington Post, Stylist and M&S. 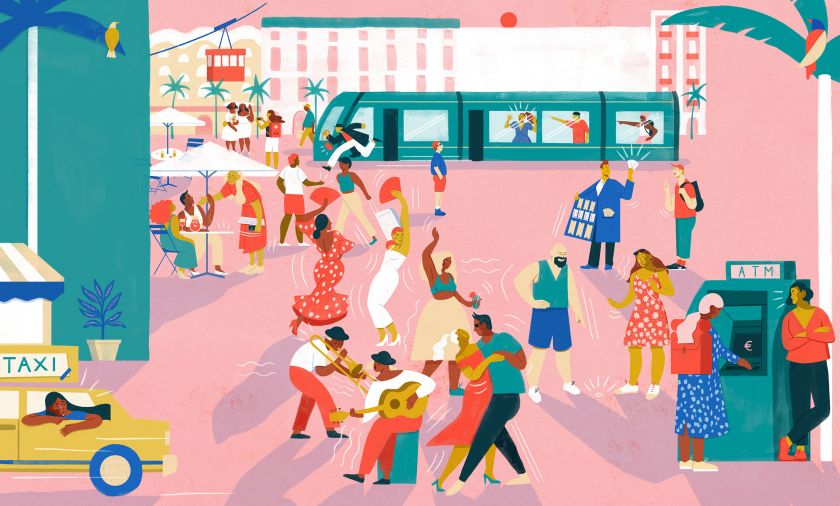 Associate chair of Illustration and professor at Savannah College of Art and Design in Nashville, Arden von Haeger’s work fuses colour and lighting to move the viewer through a narrative of emotion and storytelling. Each character and element is meticulously placed with deliberate intent, inviting each observer to share his personal journey. 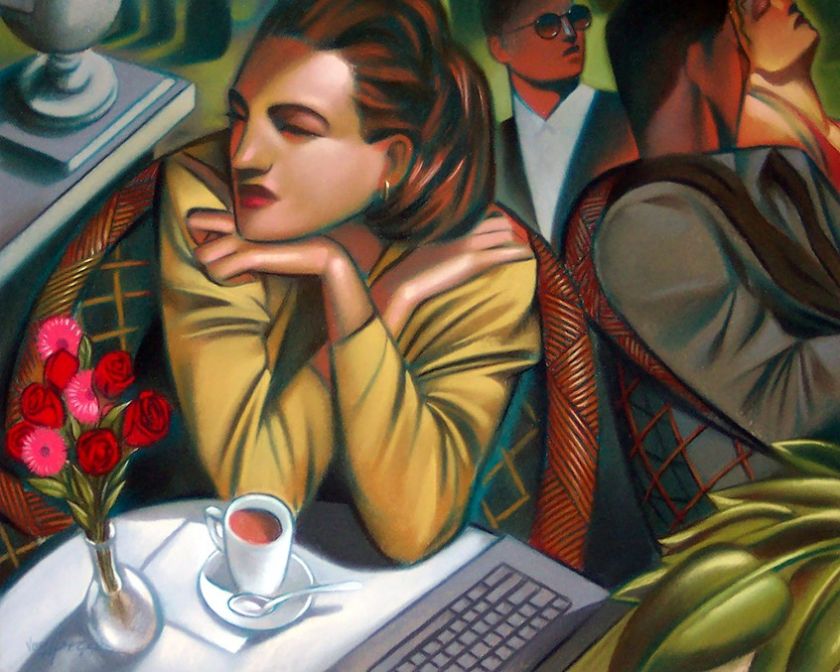 Jonathan Bruns is an illustrator and graphic designer from the Washington DC area. His work combines both traditional and digital elements with a focus on sports and entertainment and features dynamic action illustrations and intimate portraits. He has worked with several sports franchises and magazines. 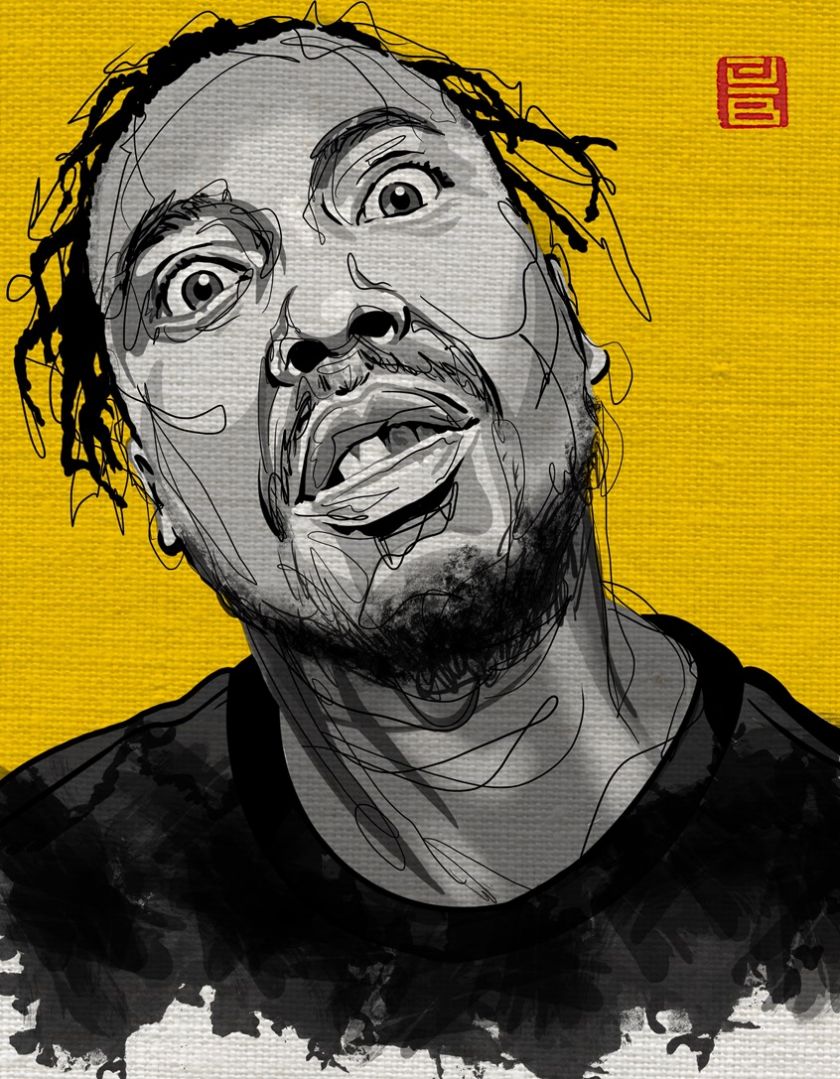 Tofunmi Yosola is a full-time illustrator and artist based in England. She uses whimsical lines and vivid colours to bring visions to life in both her personal projects and her client work, which takes place across the editorial, commercial and publishing sectors. 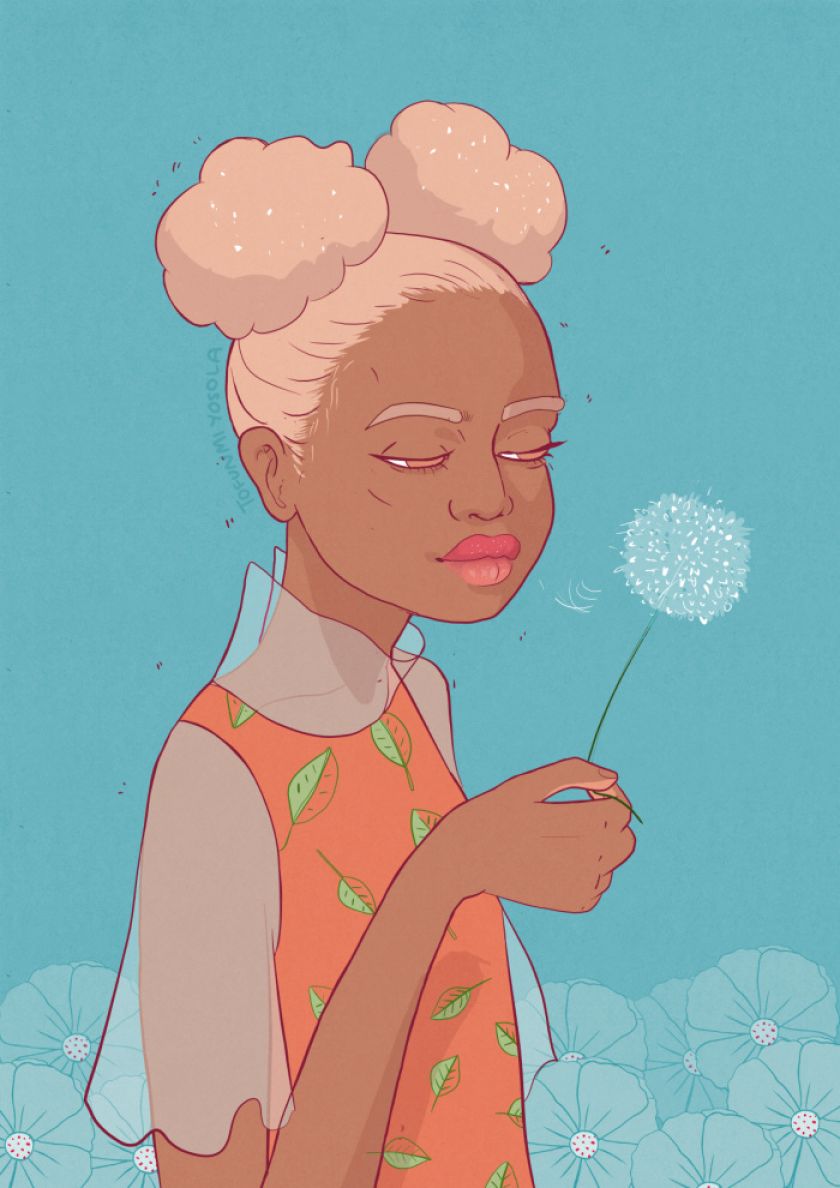 Jason Seiler is a Chicago-based artist whose illustrations and paintings have been featured as covers and interior pieces for magazines, books, posters, movies, stamps, album covers and more. He’s just done the cover for TIME magazine’s . Jason is also an art instructor with Schoolism.com, the online art school created by Imaginism Studios. Jason is represented by . 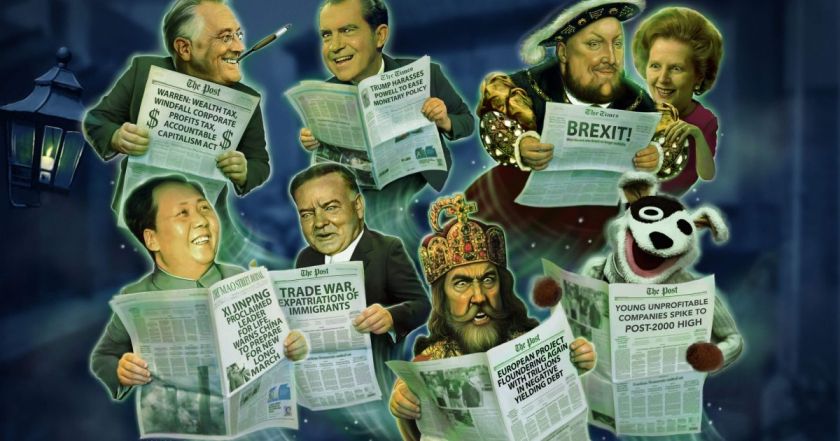 Anna Mill is an award-winning London-based artist, designer and author, represented by . Graduating from The Bartlett School of Architecture in 2008, her architectural background informs much of her illustration work, bringing the precision of traditional technical drawing and perspective techniques to narratively-driven scenes with a rich spatial and atmospheric complexity. We love how Anna works small stories into every scene, adding details and gestures to the overall composition. Her first book Square Eyes, with co-writer Luke Jones, was published in 2018 by Jonathan Cape. 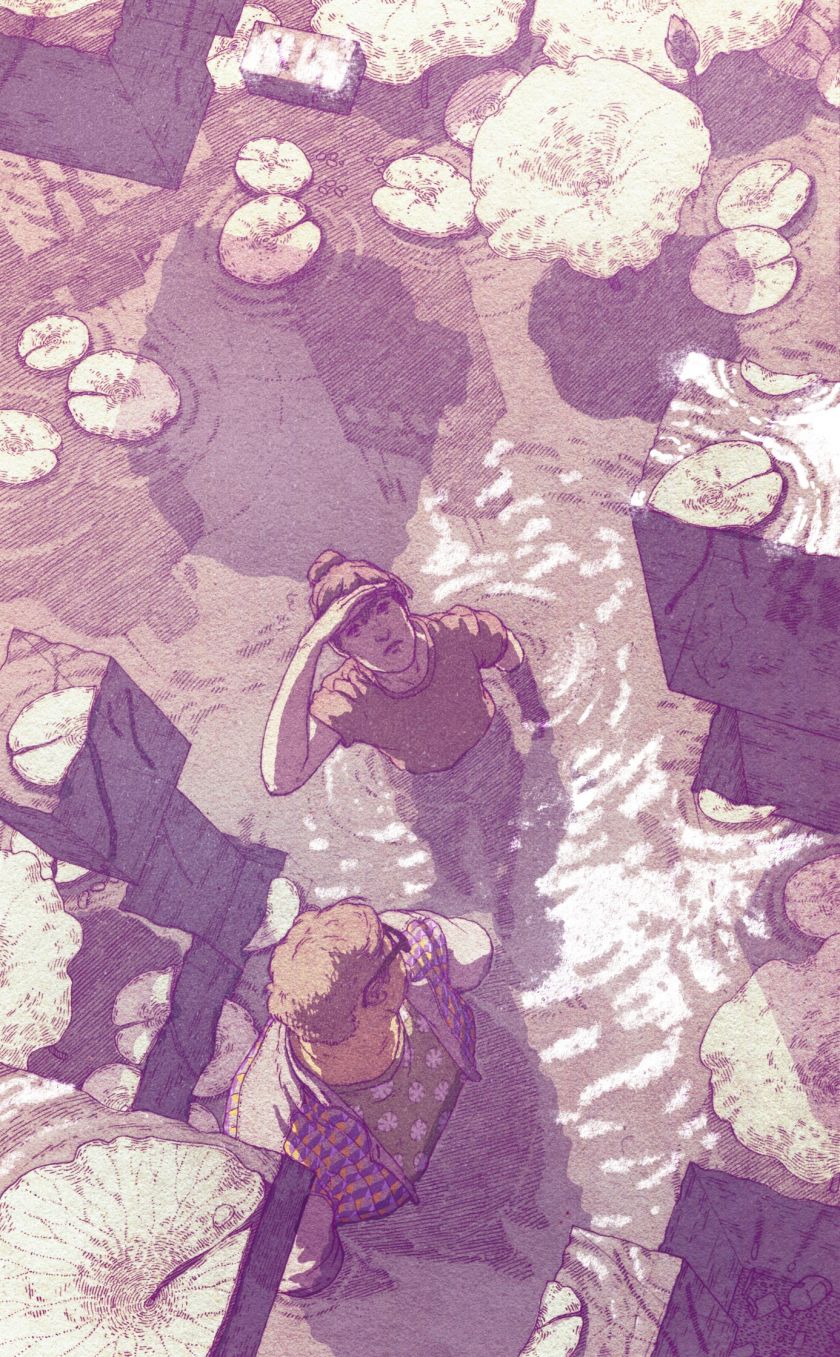 Represented by , Max Loeffler was born in rural Germany in 1989 and started out illustrating extensive album artworks for punk and metal bands after doing his homework. After graduating in graphic design at Hochschule Darmstadt in 2017, he began working as a freelancer with renowned clients like The New Yorker, The New York Times, Adidas and Google.

He still enjoys creating artwork for bands. Influenced by the classic surrealists as well as retro science-fiction book covers, he likes to look below the surface of one-to-one visual translations, adding meaning and room for inference by wrapping his illustrations in the dense atmosphere of a surreal and melancholic parallel universe. 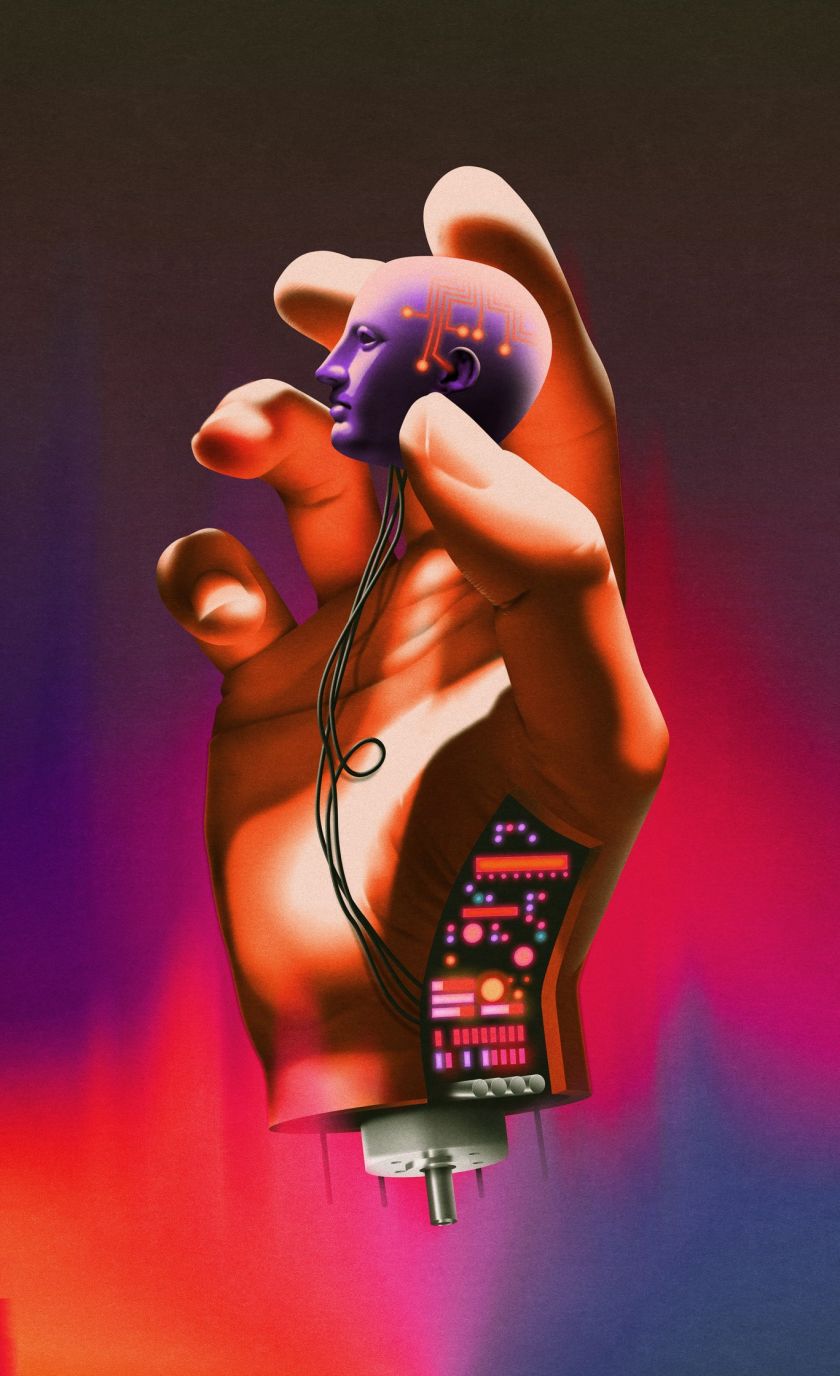 Working across packaging, editorial and advertising campaigns, Xuetong Wang’s work is full of charm and sophistication. With her clever textures and colour choices, the work fits well alongside typography but also in the context of a more playful and characterful setting. Her clients thus far include Google Android, The Travelers Magazine, and Zeiss. Xuetong is represented by . 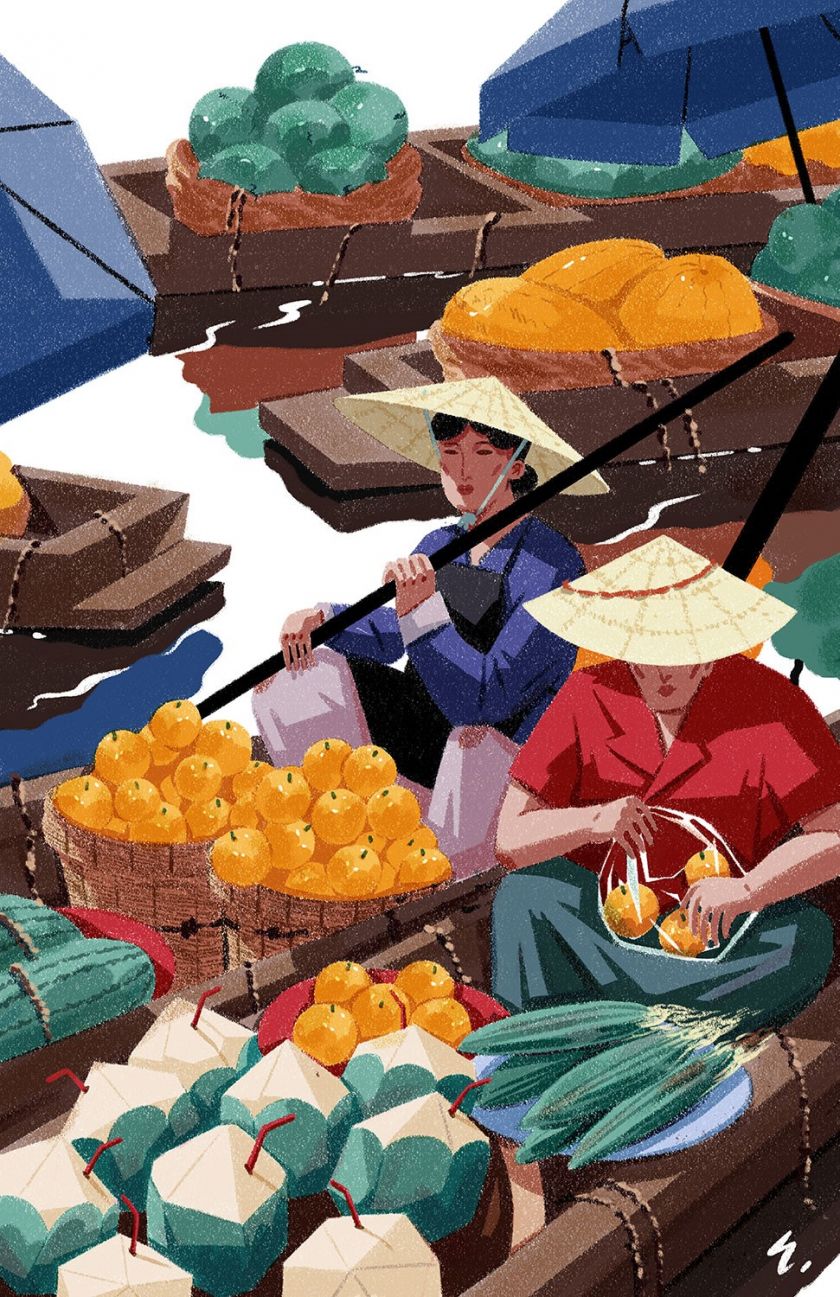 Graphic artist and illustrator Alan Berry Rhys is based in Buenos Aires, Argentina where he has been a professor at Buenos Aires University for the last eight years. Represented by , vintage graphic advertising inspires his work as well as low-fi printing. “It’s the errors and limitations that give my work a distinctive characteristic,” he says. He also has a passion for lettering and typography. “In the search of inspiration of a simpler life, I explore craftsmanship lifestyles,” he adds. 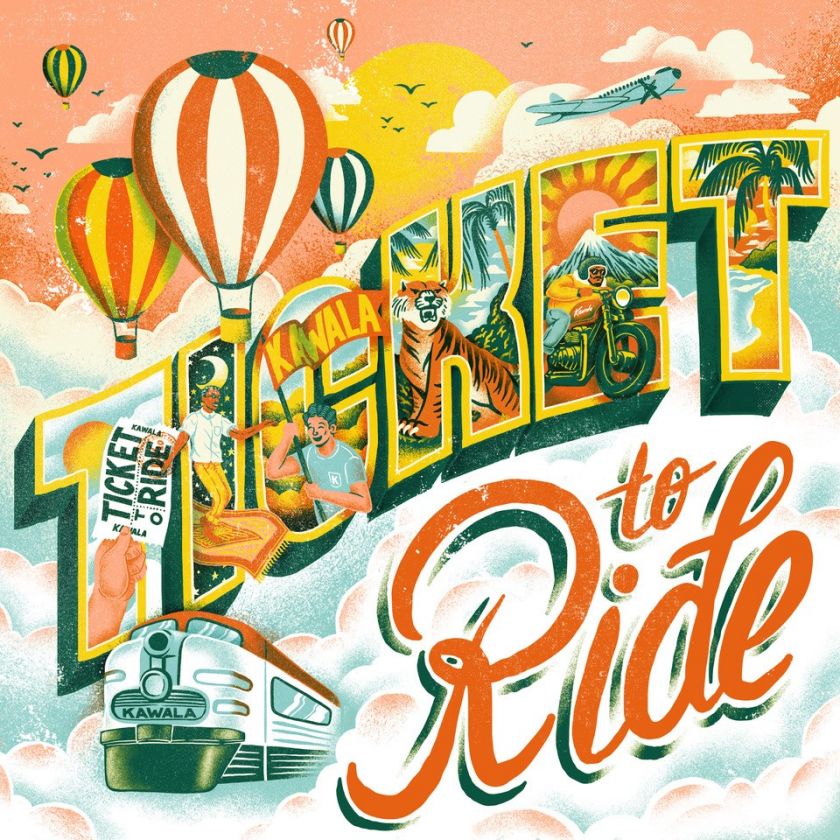 Aysha Tengiz is an illustrator, designer and animator based in London. She’s known for her playful and colourful work for clients including The New York Times, King’s College London and The Washington Post. She also combines illustration with textiles to create knitwear sold through independent shops and her own website. 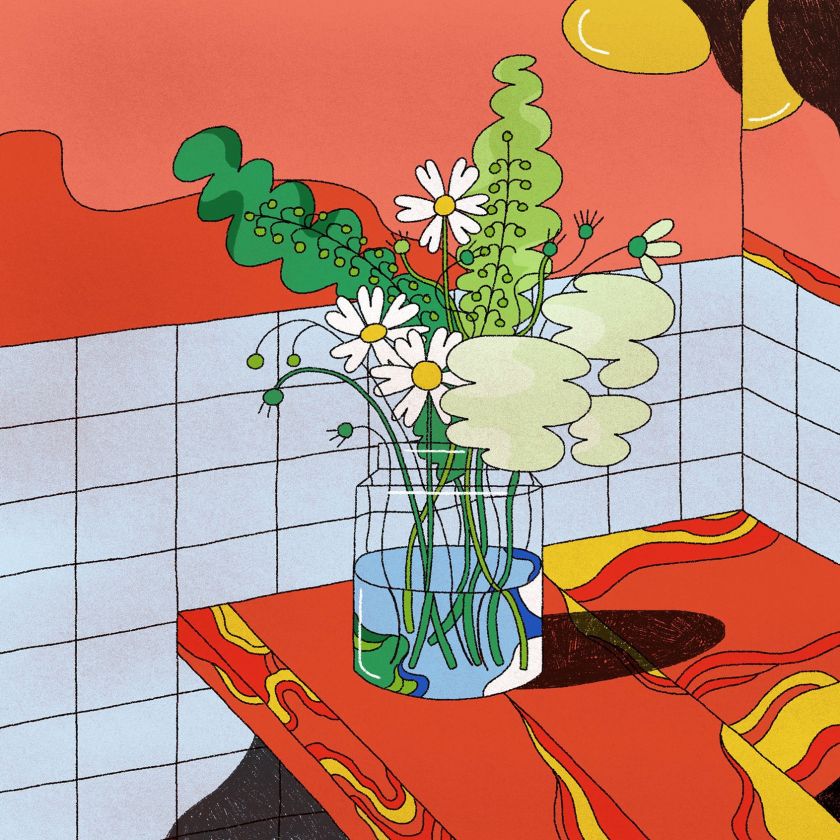 Gordon Rowe is a Toronto-born freelance illustrator, and designer represented by . His work is inspired by the cartoons and movies of his childhood when he spent his early years making comics and drawings for friends. Since then he has broadened his artistic range to digital painting, acrylic painting, gouache painting, portraiture and life drawing. These days he illustrates and art directs for several high profile clients in the music industry. Some of his passions include hip hop culture, jazz and film. 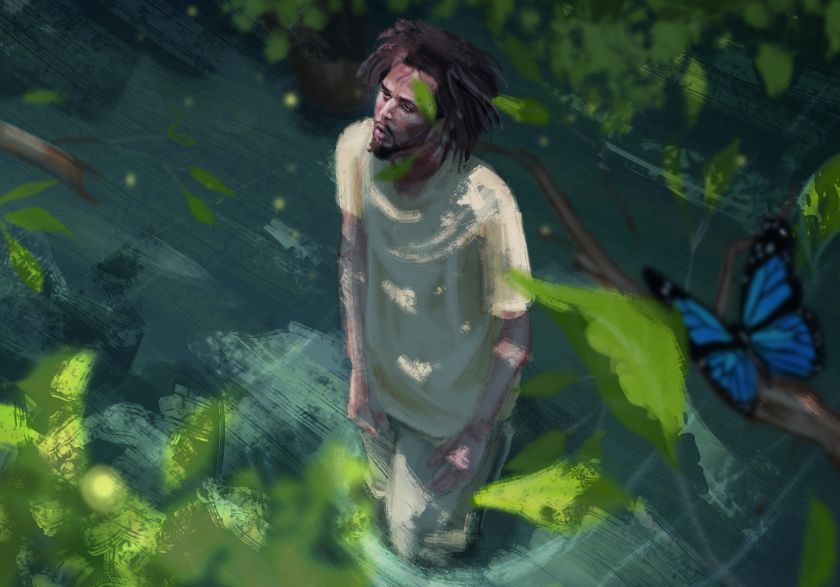 Represented by , John Jay Cabuay is an illustrator based in New York City. His illustrations have graced the covers of newspapers, magazines, and book jackets worldwide. A graduate of the Fashion Institute of Technology, he believes that “learning how to draw from the model” helped him to grow in different directions and gave him opportunities to feature his skills in different markets and different continents from Japan to South Africa. He was recently featured in a book by Taschen called ‘100 Illustrators’, a book about the 100 important illustrators around the world. 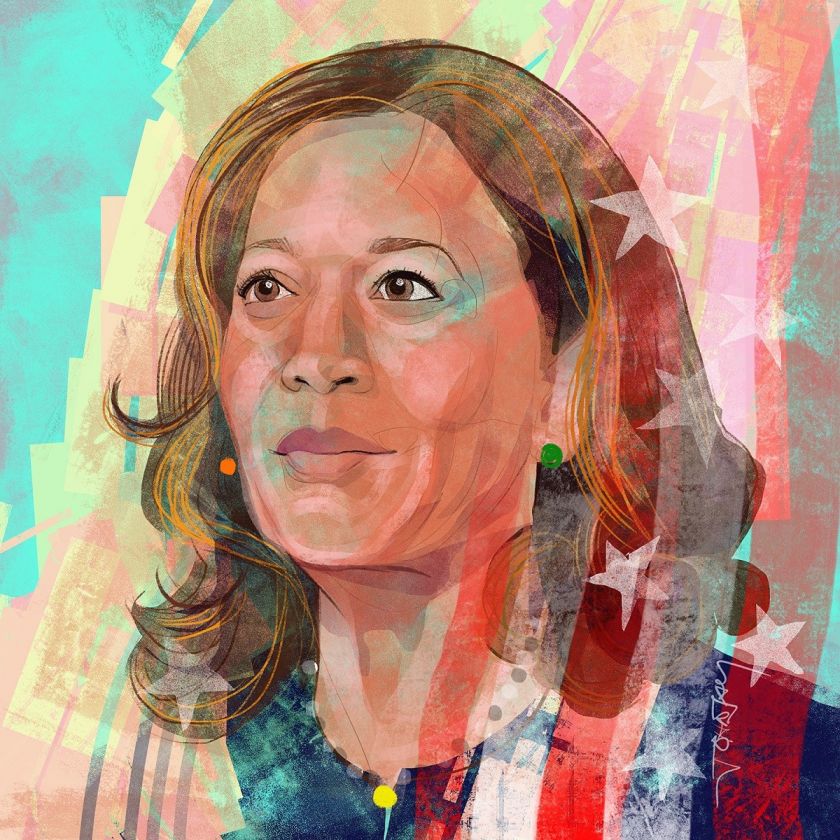 Originally trained as an architect, Egle Kazdailyte today works as a visual designer, illustrator and painter. Living between Spain and London, her clients range from well-established names like The Guardian to successful startups such as Lyst. She’s represented by . 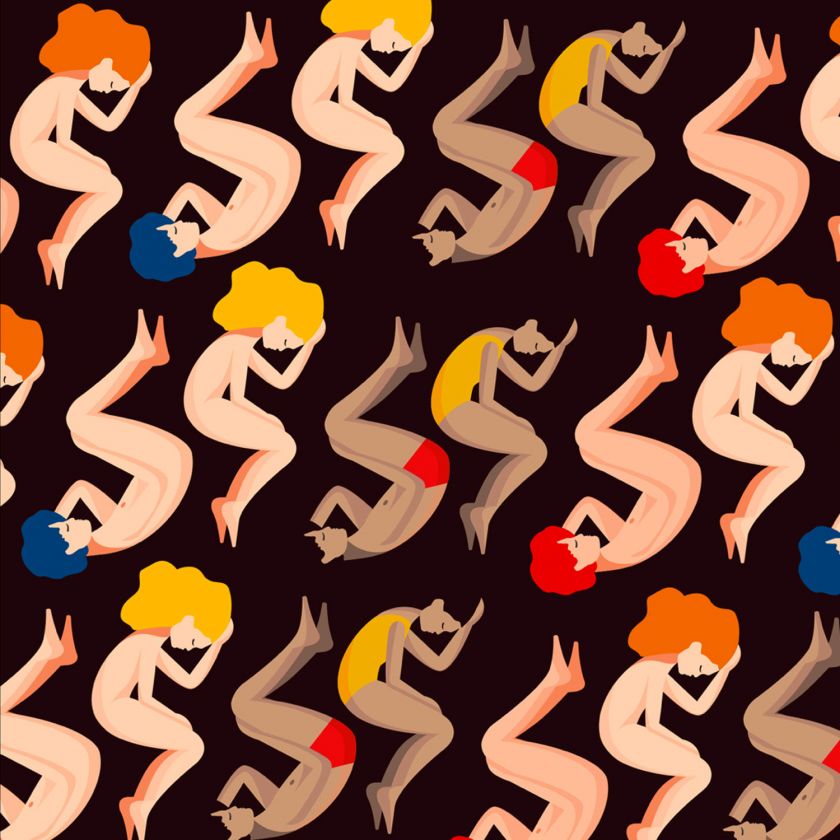 Cassandra Fountaine is a freelance illustrator that also enjoys hand lettering. They primarily work digitally using bright colours and flat shapes. Cassandra graduated with a BFA in illustration from Pratt Institute in Brooklyn, New York. Since then, they have worked as a freelancer for numerous companies all around the world. Cassandra currently lives in Brooklyn with their cat Edith and partner Kennedy. Cassandra is represented by . 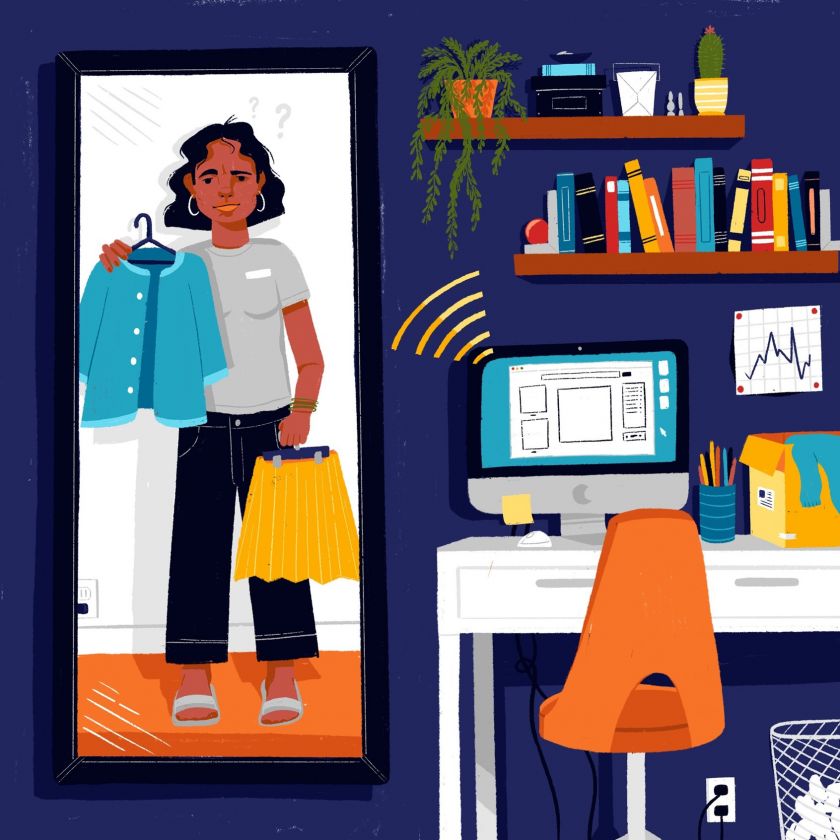 Pete Lloyd is a Northern Irish illustrator living in Madrid, Spain. His work begins with hand-drawn compositions using traditional media which he develops and finishes digitally. Drawing inspiration from film, books, comics and nature “at its most epic”, he loves to use bold colour and play with light to create drama and atmosphere. Represented by , his clients include Paramount Pictures, Popular Mechanics, and Steelarchive. 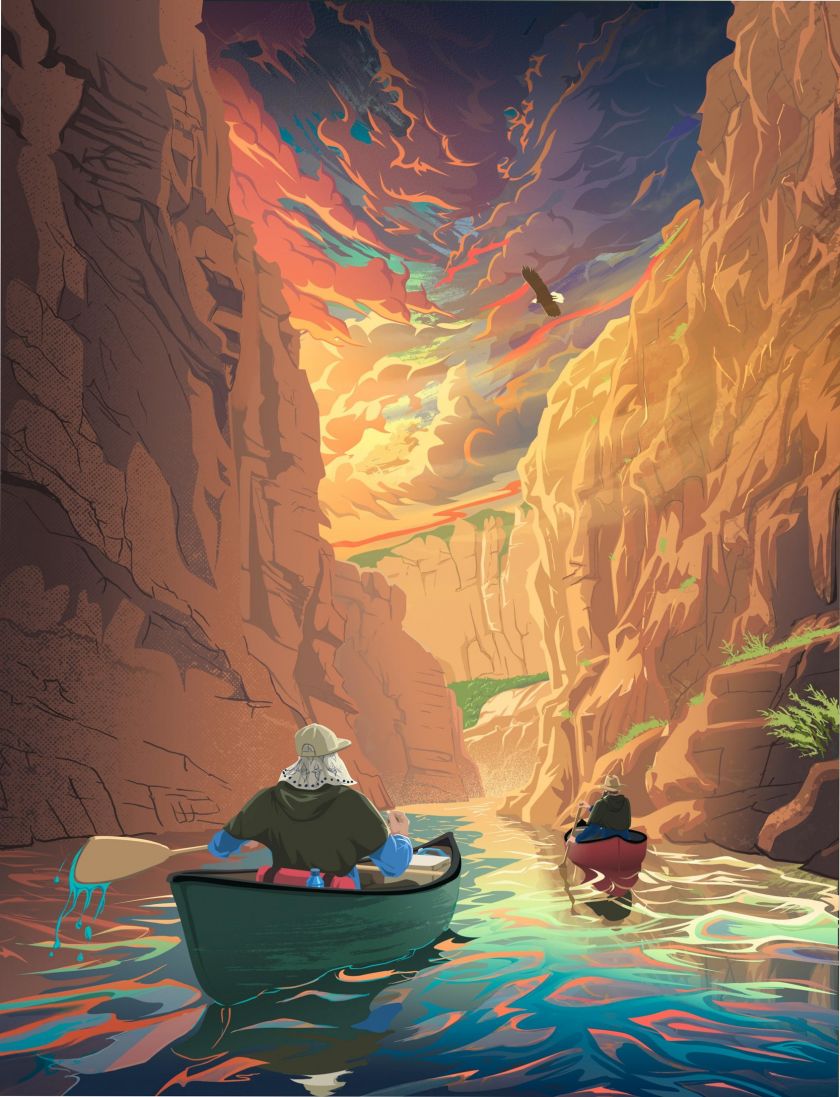 Represented by , Alexis Marcou has developed a unique style over the years known for the use of intricate shading and geometric lines. His techniques combine a mix of traditional and digital methods. He has been working with clients including powerhouses such as Nike, PepsiCo, Hewlett Packard, GSK, Atomic Skis, BMW and ESPN. 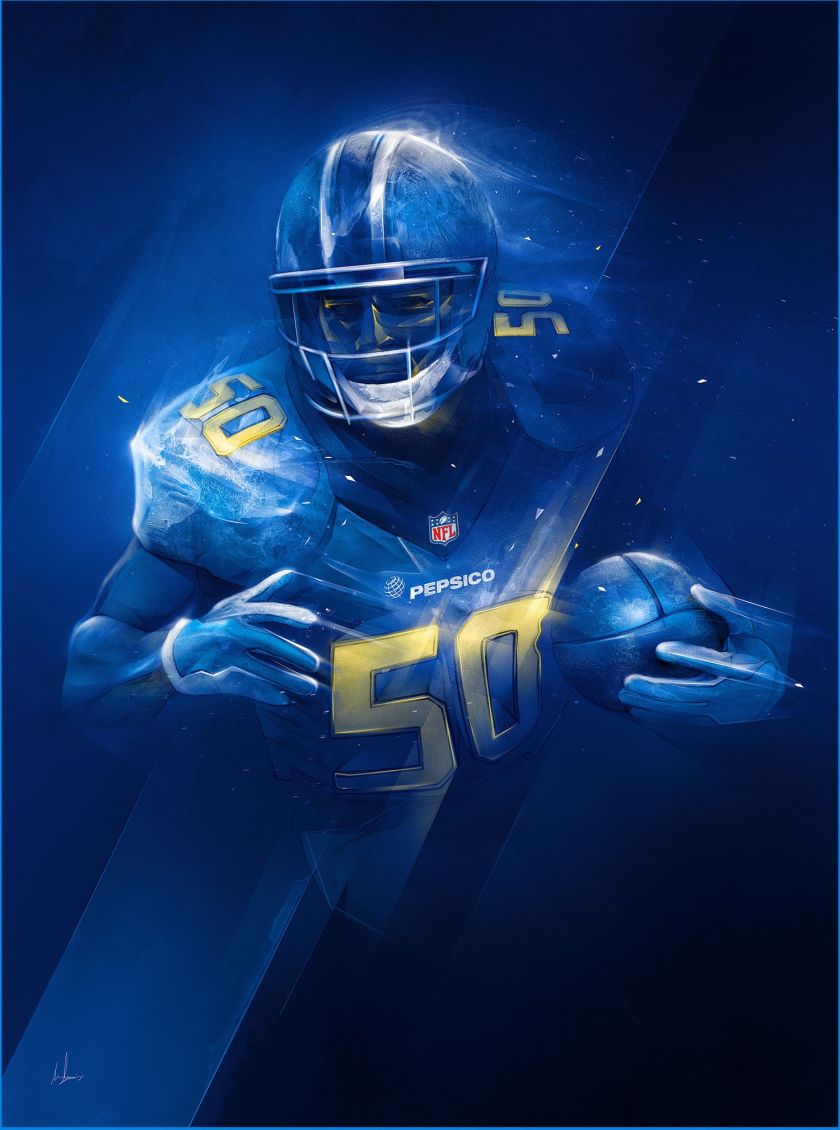 Loe Lee is a designer-illustrator based in New York City. Her whimsical illustrations capture short stories in every image and bring a little magic to the everyday. From digital vectors to packaging design and large-scale installations, Loe is represented by . 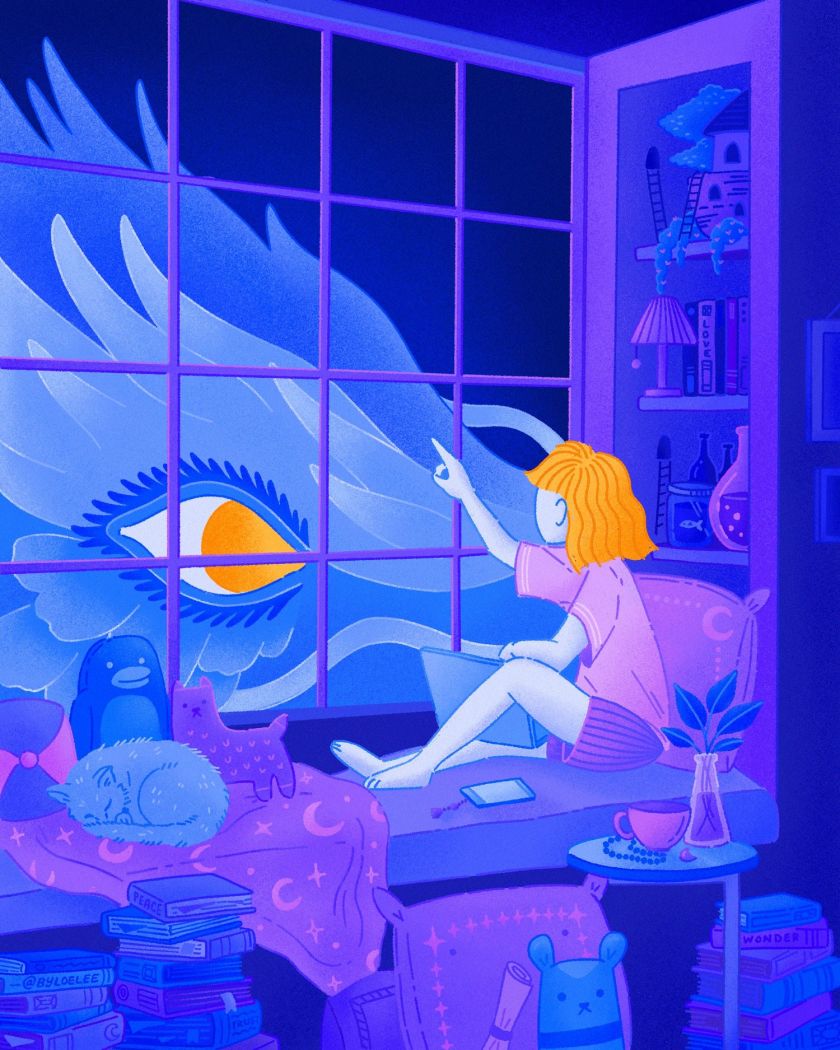 A Brighton graduate now working in London, Alice Pattullo’s work is inspired by folklore, junk and all sorts of ephemera from the history books of the British Isles. Combining commercial work with producing fine art prints, she’s represented by . 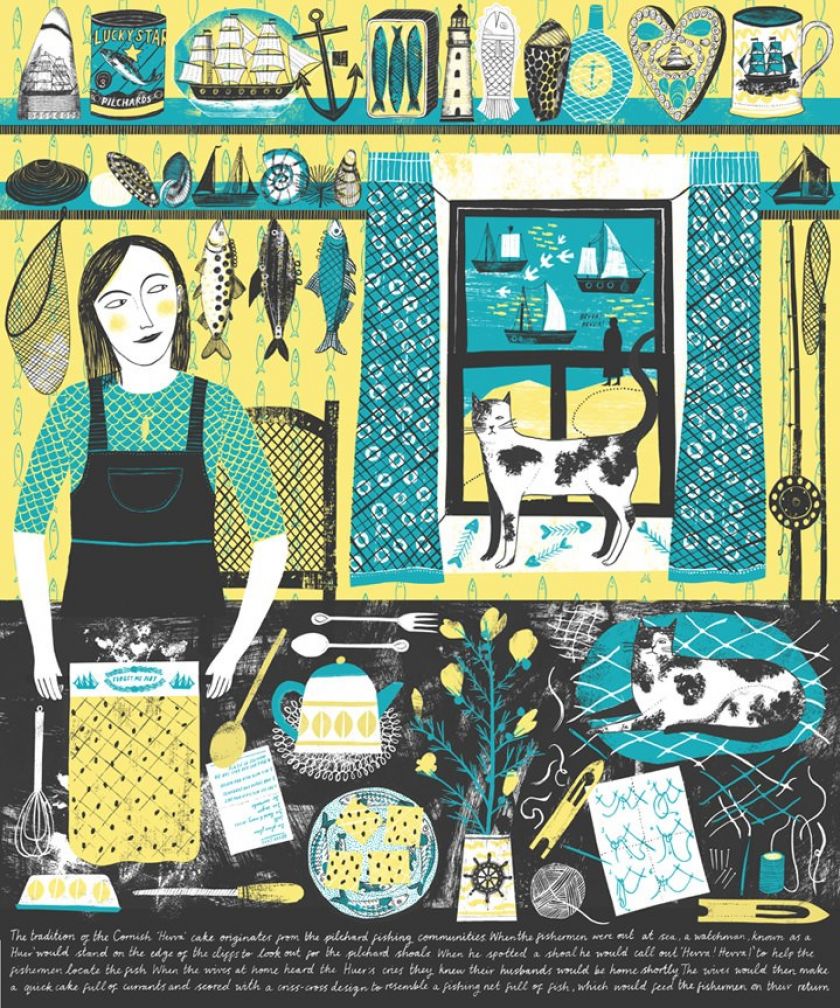 Raised in Zimbabwe and now based in the UK, Sarah Arnett is renowned for her colourful prints, inspired by her love of flowers, foliage and landscapes. She also runs her own clothing label and makes dresses and printed textiles. Sarah is represented by . 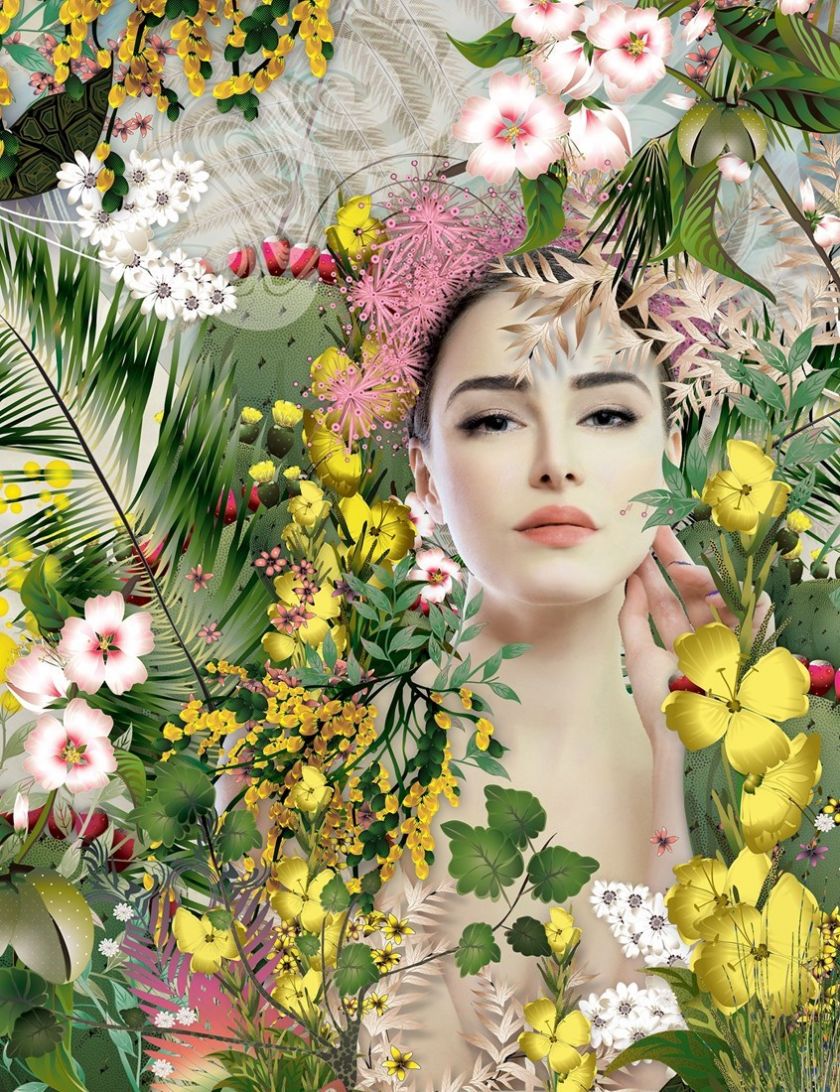 Maja Andersen was born and raised in the United States to Danish parents, so grew up speaking Danglish. When she was young, she was given the Danish version of ‘Pippi Longstocking’ illustrated by Ingrid Van Nymanm, which has been her inspiration ever since – along with a dose of international folk art. After graduating with a BFA from the Columbus College of Art and Design in Columbus, Ohio, Maja took a job with Hallmark Cards in Kansas City, Missouri.

While at Hallmark, she illustrated a variety of greeting cards which included dimensional pop-fold cards. Her illustrations also appeared on gift books, packaging and apparel. Maja’s style today is whimsical in subject matter and textured graphic in style. She also enjoys drawing in line work with limited colour. Maja is represented by . 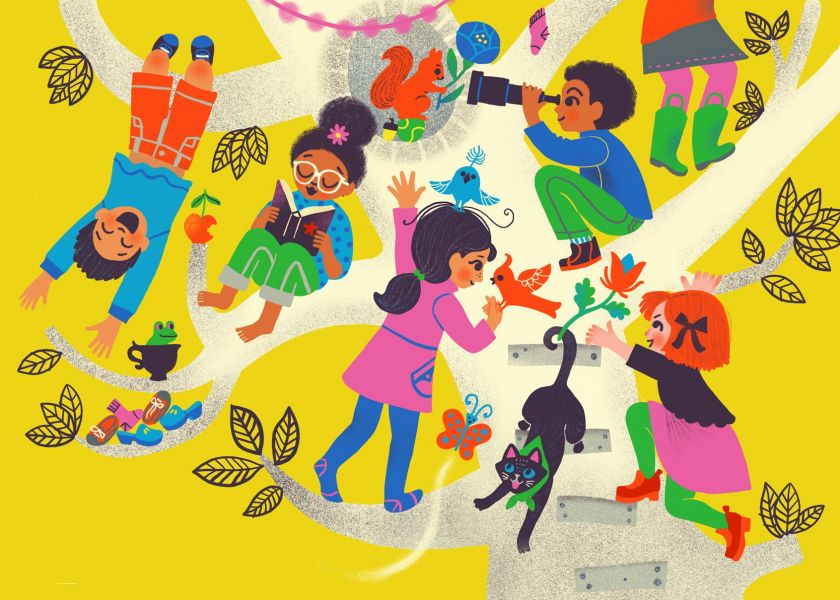 Cindy Kang is an artist and illustrator born and raised in Seoul, Korea. She moved to New York in pursuit of her creative passions, where she received a BFA in Illustration from the School of Visual Arts in 2018. Her works are inspired by places she lives in or visits, people she meets, her feelings, and precious little objects. 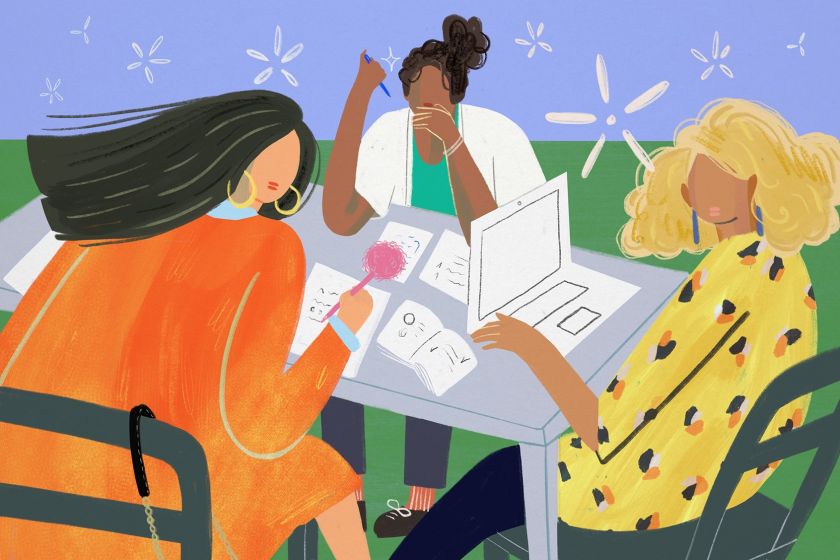 Jackie Besteman was born in Canada, raised in Holland and South Africa before settling in Toronto. Drawing and colouring have been a part of her life since a very young age and led her to study at The Ontario College of Art in Toronto. She graduated and immediately went freelance, focusing on lifestyle and fashion illustrations as well as book covers and packaging. “I am always exploring new ways to make my images pop,” she says. In the last few years, Jackie has been painting birds and people scenes. 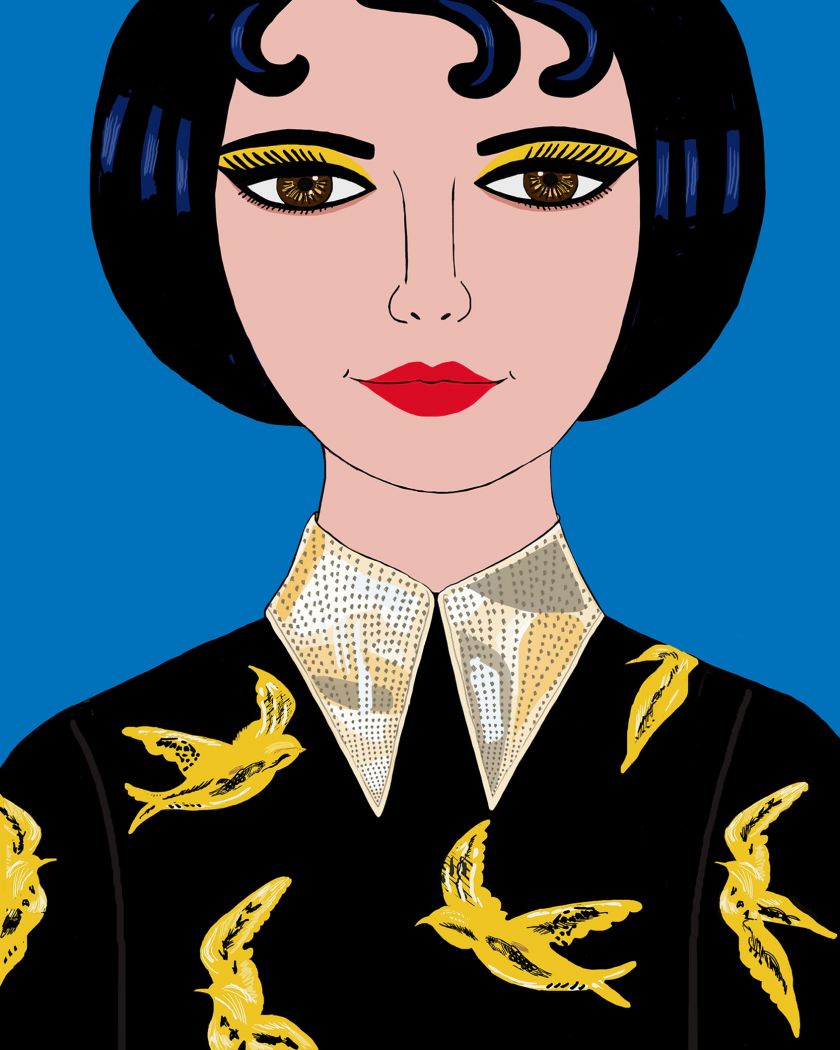 Shenho Hshieh is an American illustrator who creates narrative works of art for editorial and commercial clients such as the Los Angeles Times and the Dallas Observer. He has been working as a freelancer since 2015 and also teaches as a part-time drawing and painting instructor in Los Angeles County. 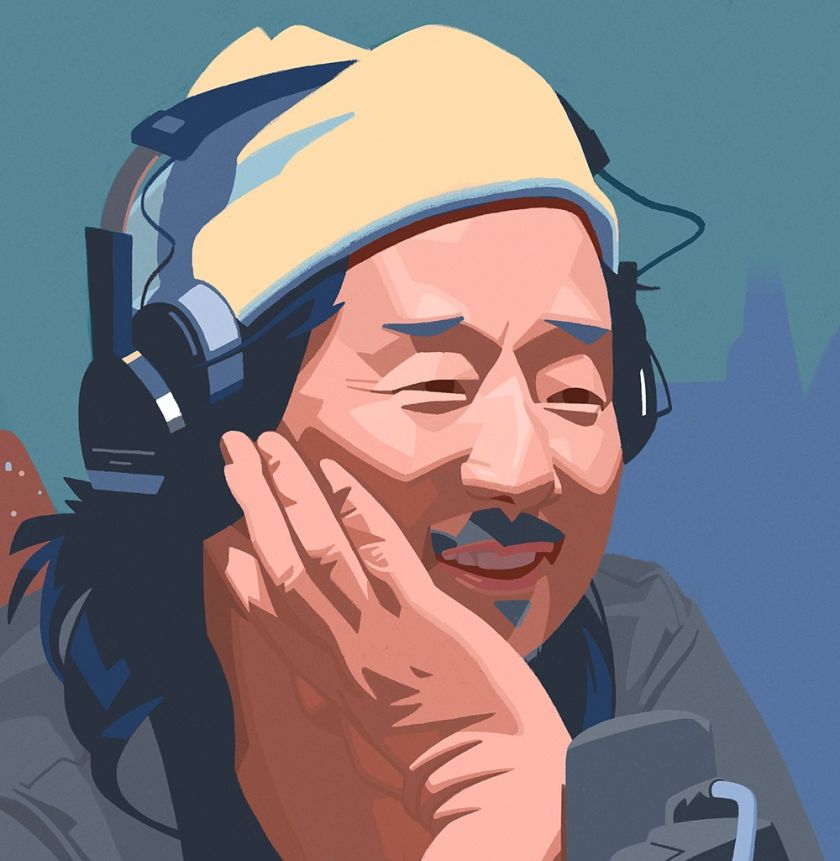