Faded photos of yourself as a baby and pictures of the family trip to Spain from 2001 aren’t the only things you can find in your old family albums. Believe it or not, some people actually stumbled upon absolutely unexpected photos that probably made their jaws drop in surprise – and today we’re all about those photos.

The  website has collected a series of pictures involving celebrities that people found in their family albums, and they’re both funny and fascinating to see. Check out some of the best ones in the gallery below, and if you want more awkward family pics, check out our previous posts and ! 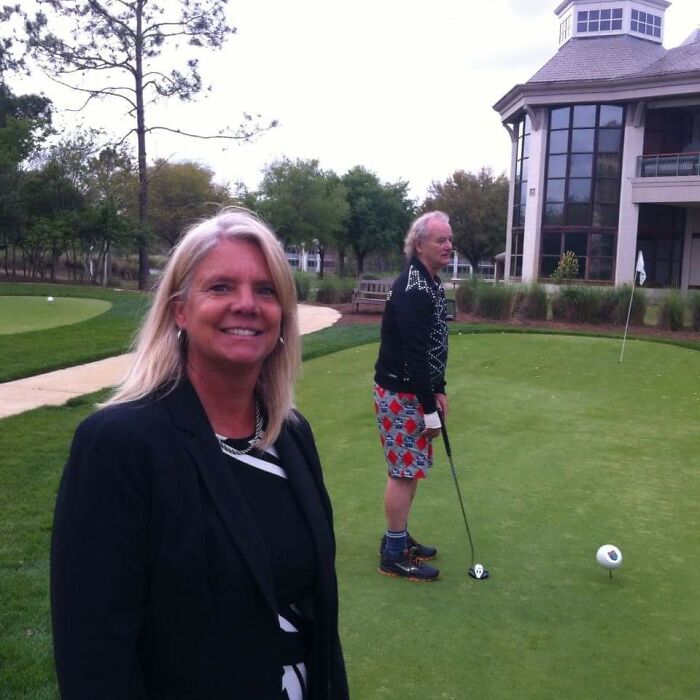 “My mom was told to tell the ‘homeless man’ he couldn’t loiter near her workplace.” 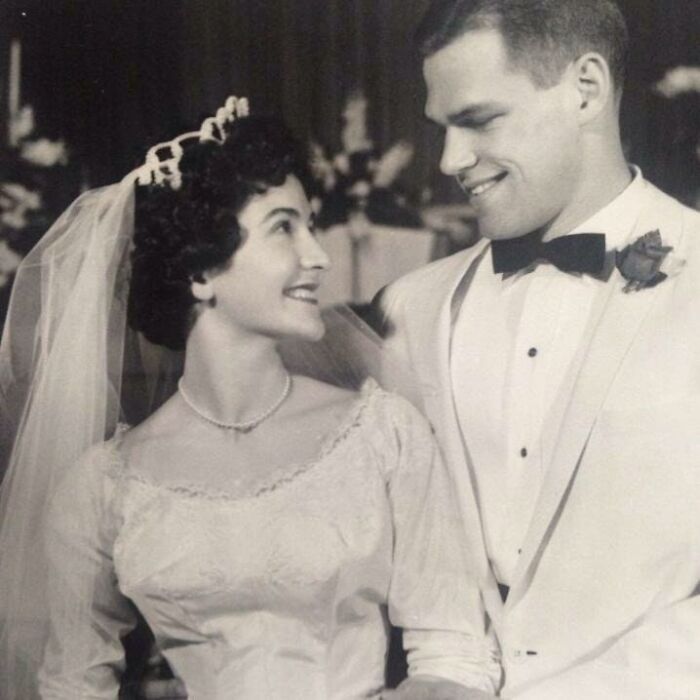 “My parents’ wedding day, February 1961. I think my Dad looks like Matt Damon.” 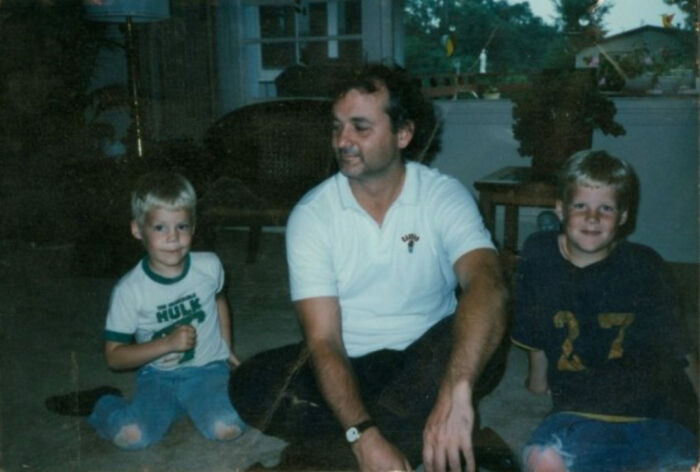 “Bill Murray used to babysit my brother and me. Here’s a photo of us in the late 1980s.”

#4 Hail To The Queen 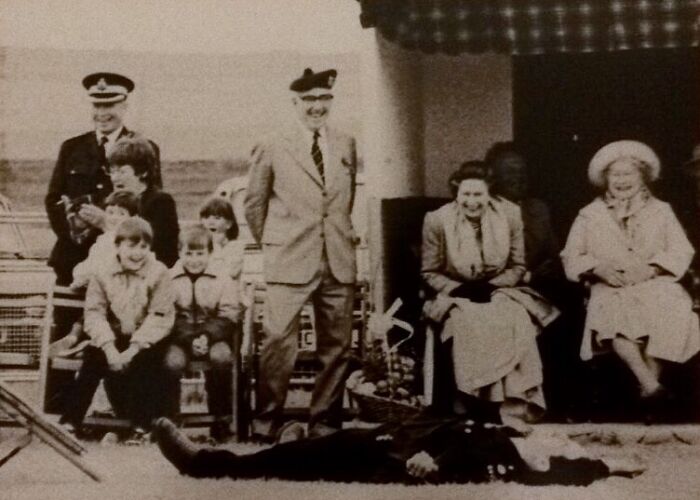 “My uncle, after tripping and falling in front of the queen, 1987.” 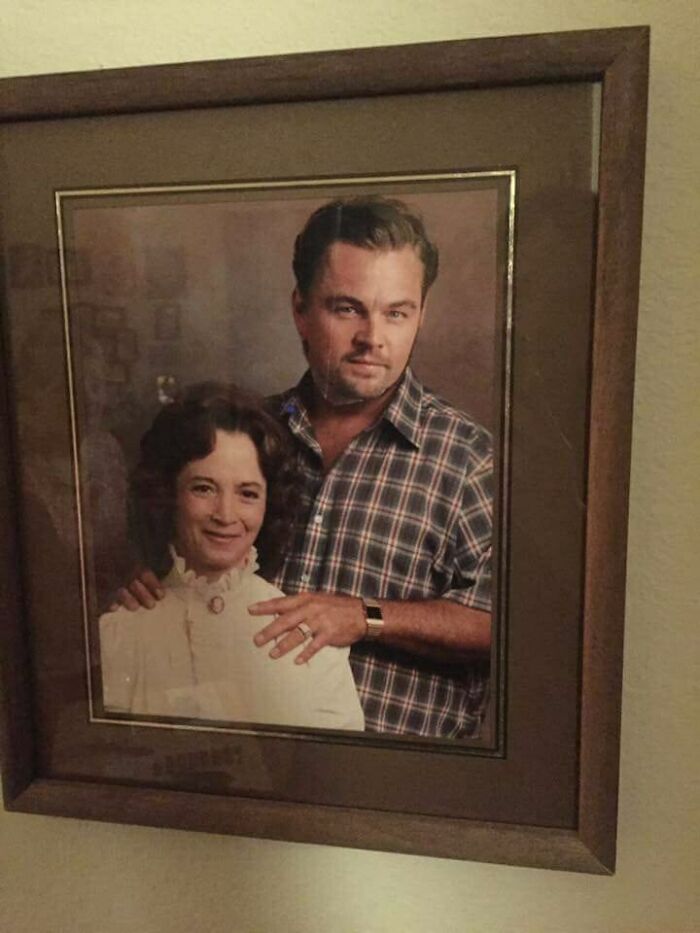 “My friends Grandma’s house. She put a magazine cut out of Leonardo DiCaprio over her late (not so nice) husband’s face. The 80+ year old’s version of photoshop.” 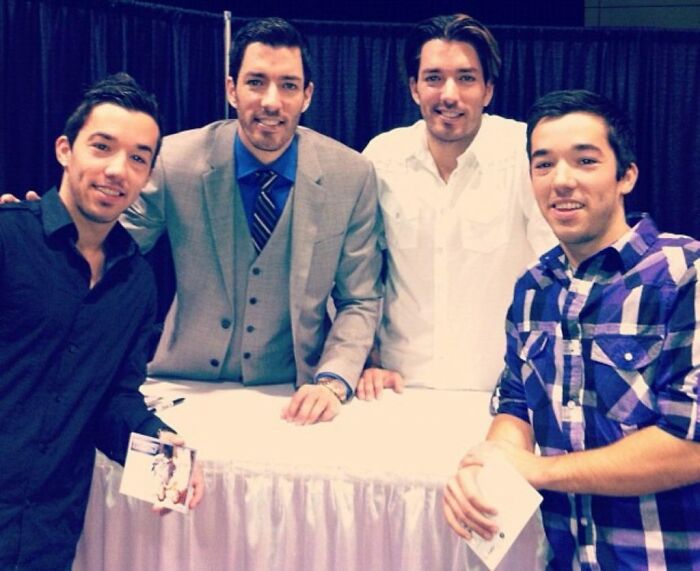 “My twin brother and I ran into our celebrity doppelgangers, the Property Brothers.” 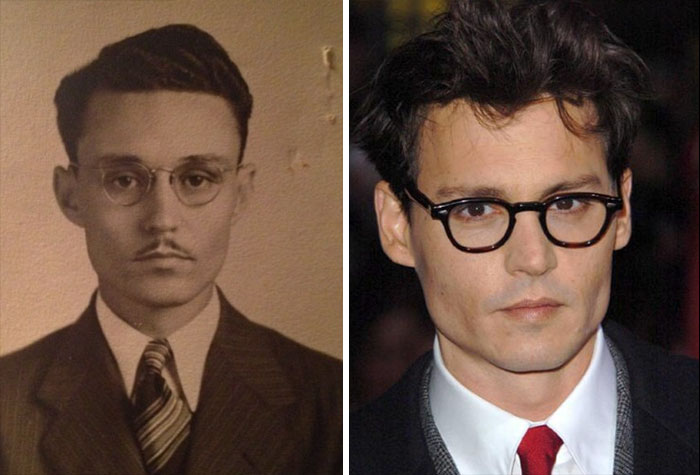 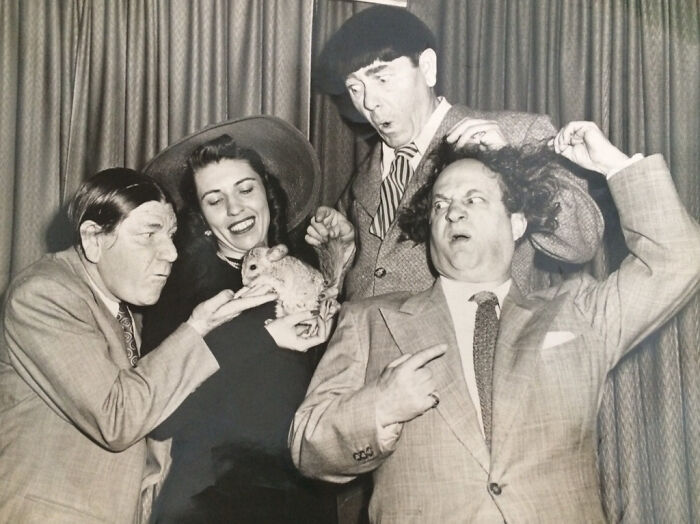 “Going through my Dad’s stuff, I found a pic of my Grandma with The Three Stooges and a squirrel.” 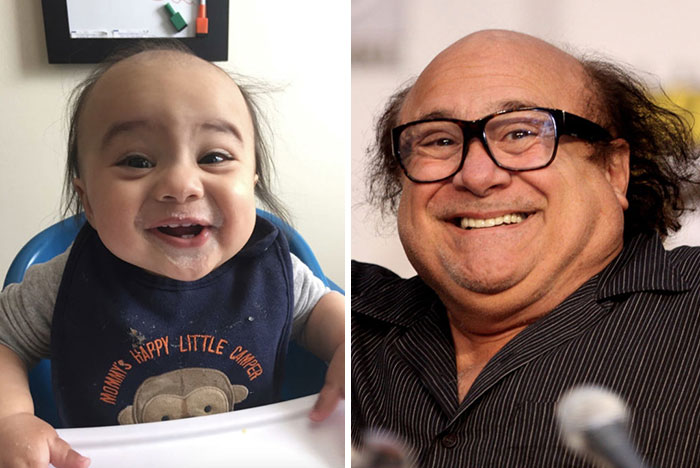 “My son used to look like Danny DeVito when he was a baby.” 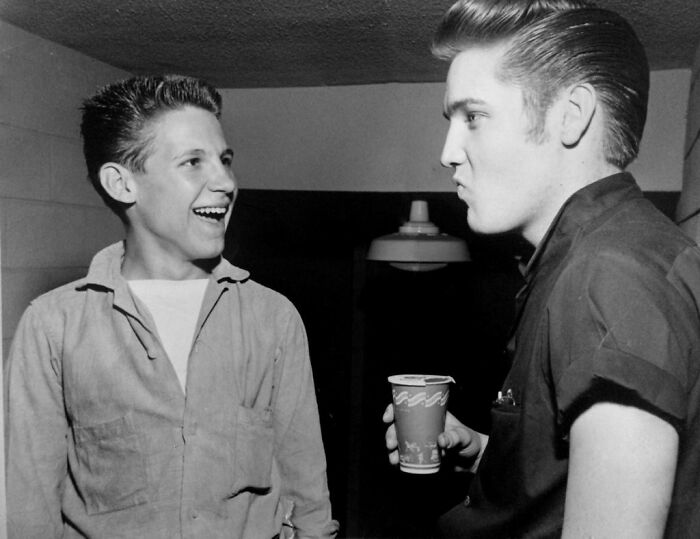 “My Dad and Elvis. He always told us they hung out together and we never believed him, until now.” 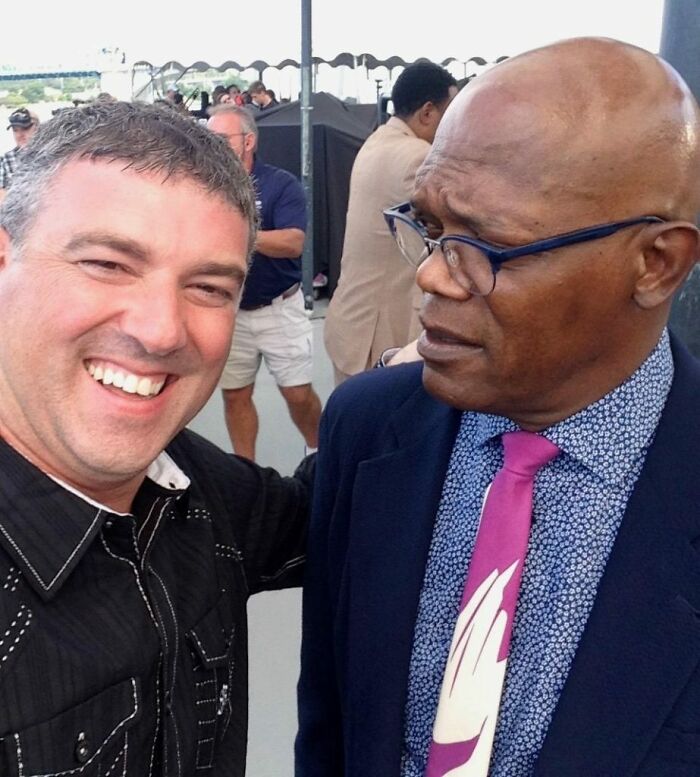 “As I snapped the selfie I told Samuel L. Jackson to pose how he really felt about doing these kinds of things.” 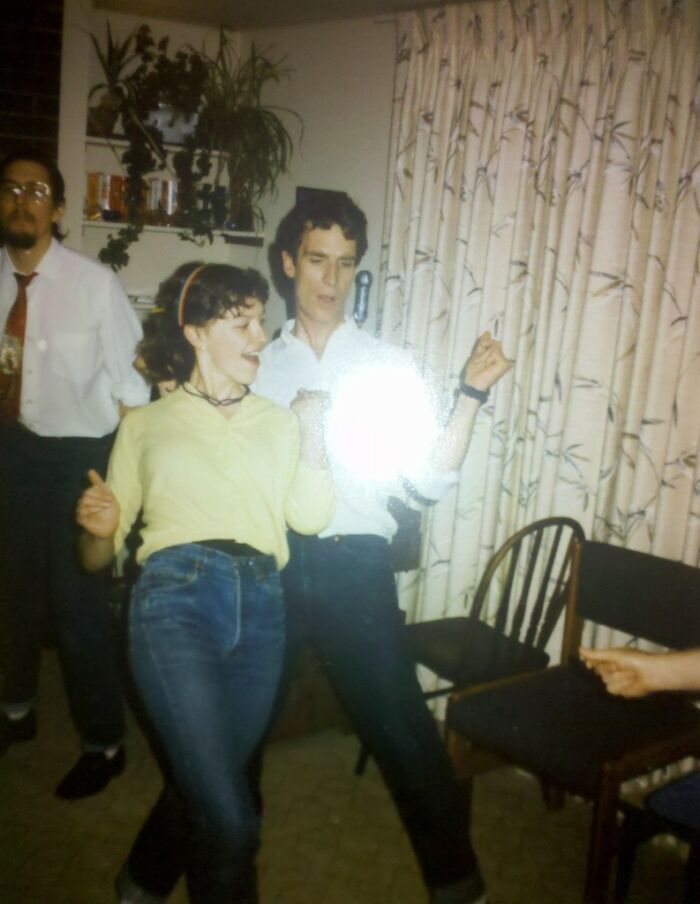 #13 Welcome To My Nightmare 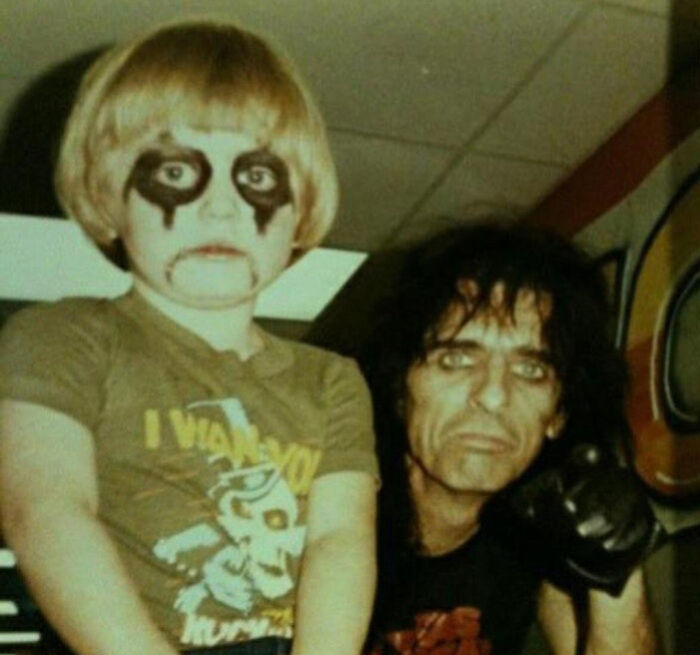 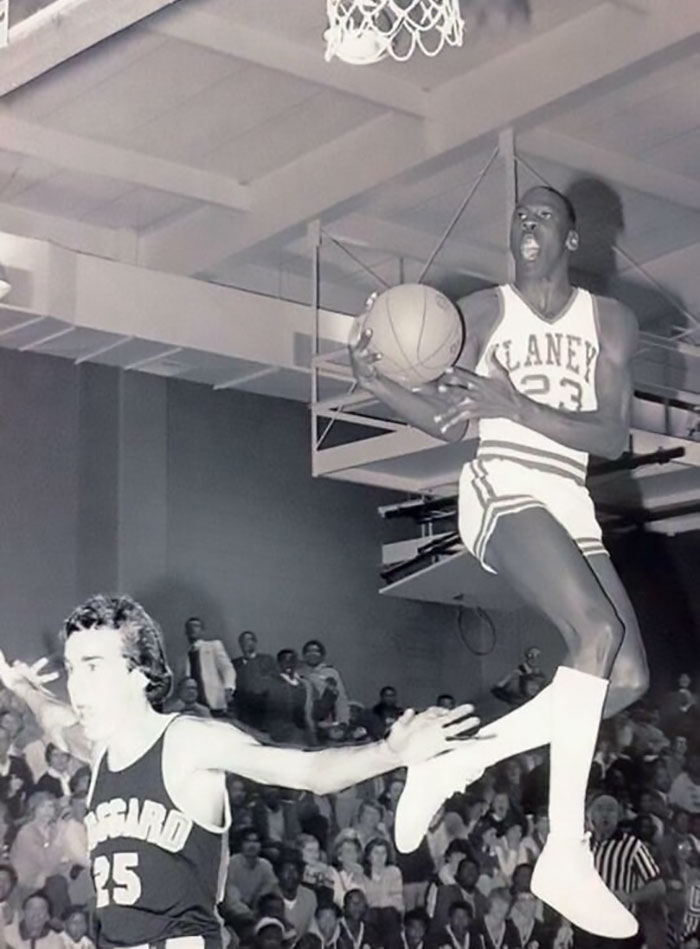 “My Dad vs. Michael Jordan in high school.” 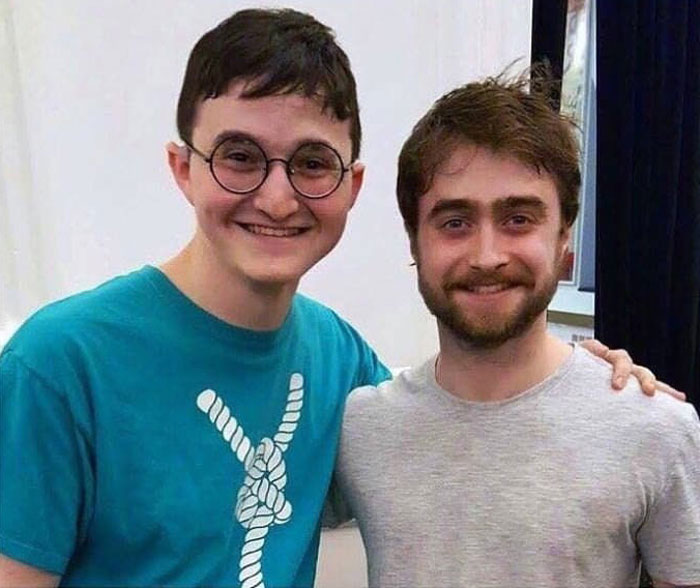 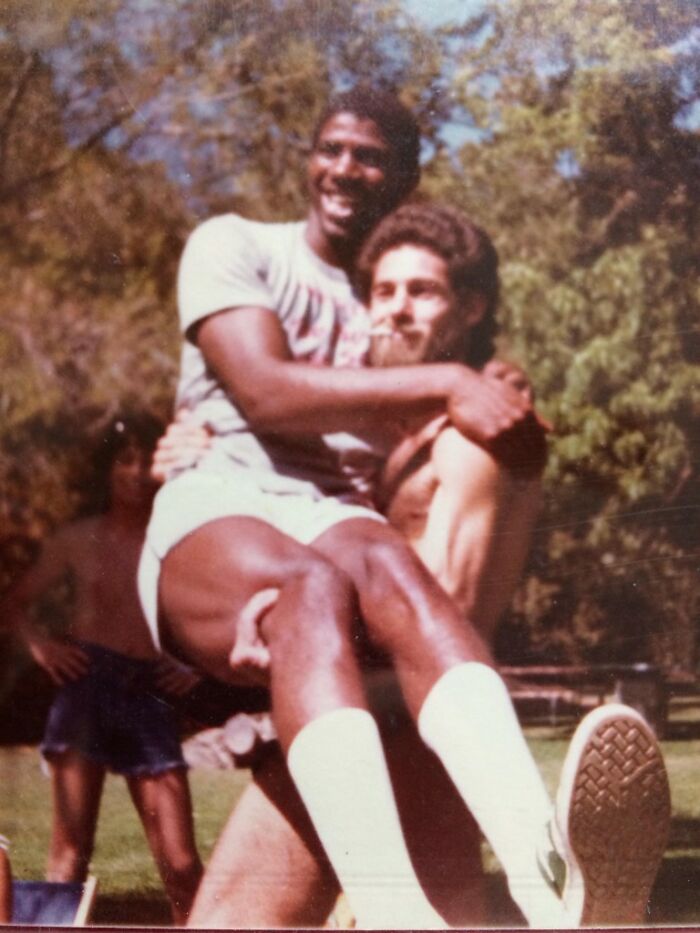 “So I was going through some old photos and I found this. My Dad holding Magic Johnson and looking incredibly badass while doing it. A little backstory. My Dad was good friends with Jerry Buss’ niece, and was invited to a Laker’s picnic. He played volleyball all his life and Magic, along with a few others, wanted to test his skills. He played Magic and as he was going up for a spike, my Dad slammed it back into his face to win the game. Magic came up to him after, grabbed him and said, “Next time, you’re on my team.” They both had a good laugh and my Dad swooped him up into his arms.”

“So I was watching Parks and Rec and Mom thought it was a video of my father.” 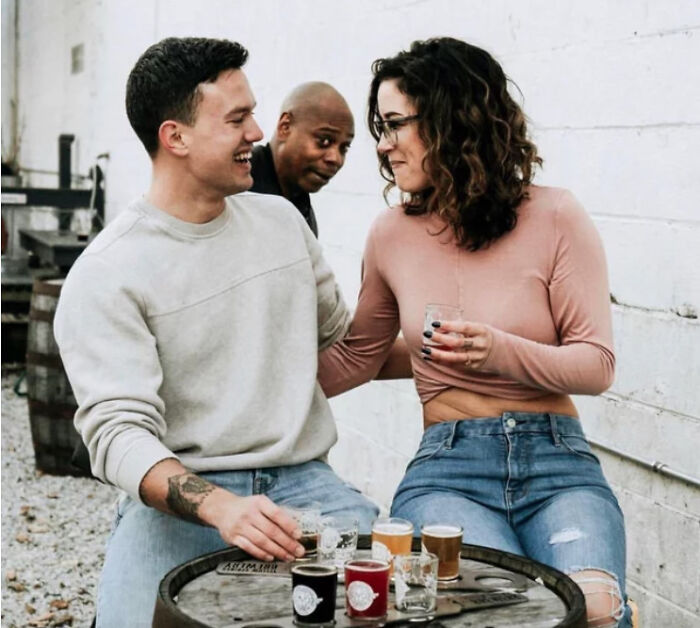 “He announced ‘I’m photobombing your photo,’ and then did so. I won’t argue with Dave Chappelle.” 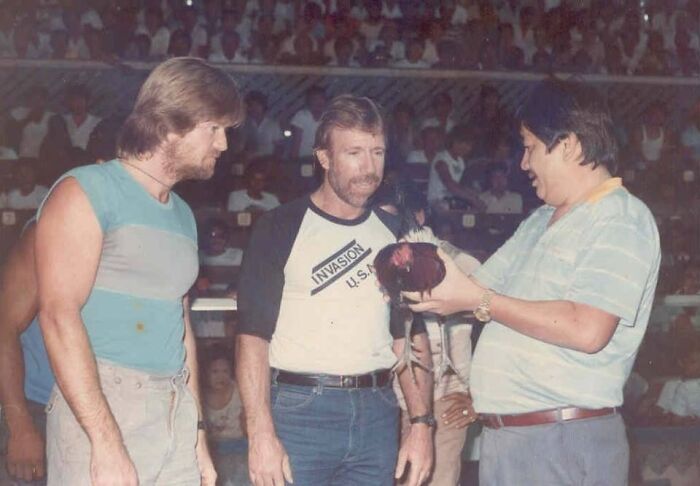 “Chuck Norris admiring my friend’s dad’s cock in the ’80s.” 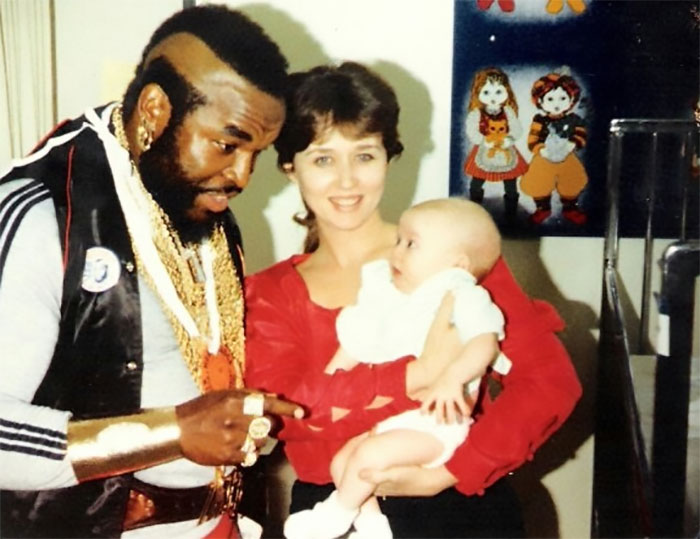 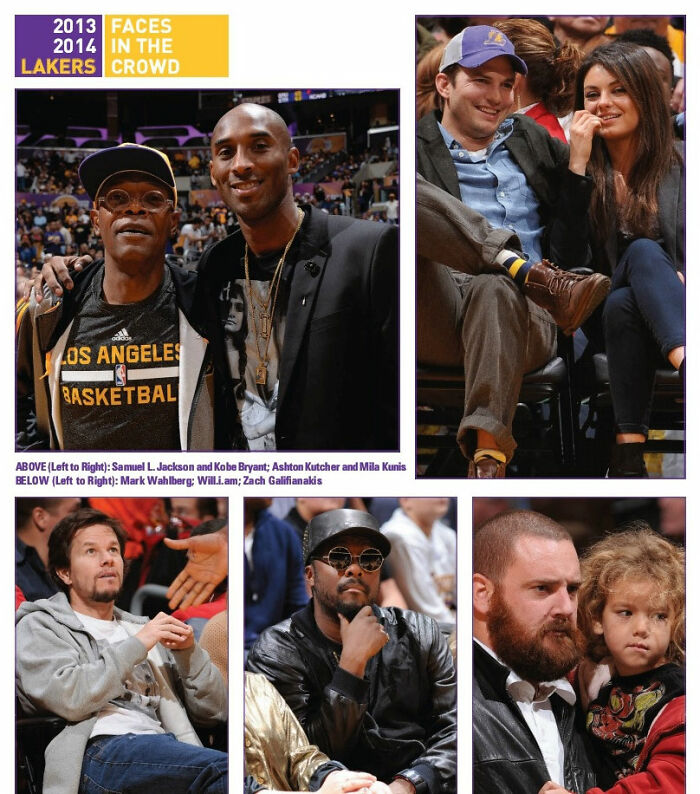 “Lakers Magazine posted a picture of my son and I in the celebrity ‘Faces in the Crowd’ section. They thought I was Zach Galifanakis.” 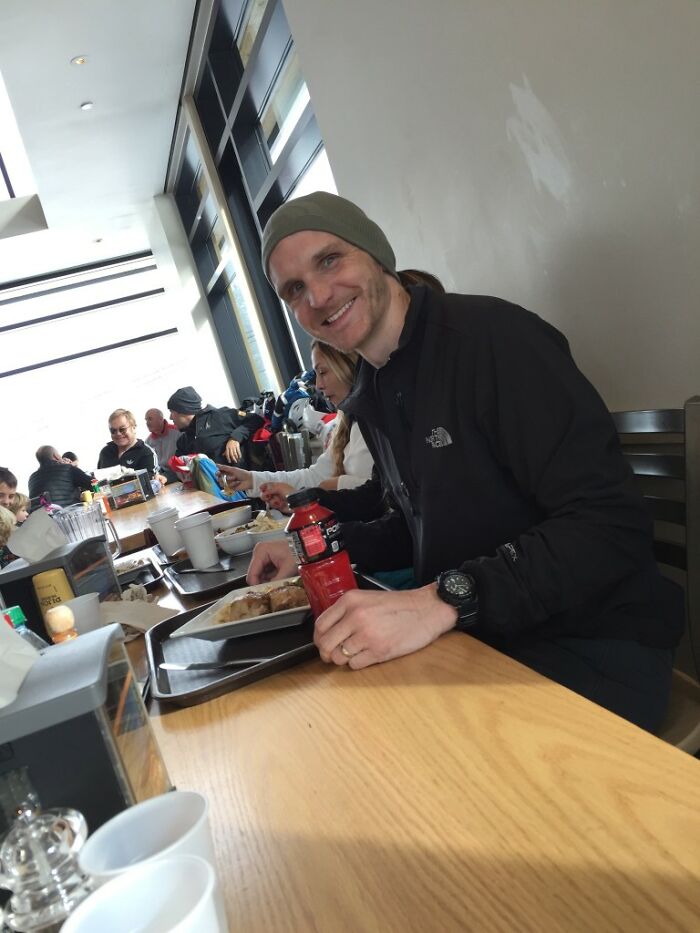 “So Elton John saw my brother at lunch today.” 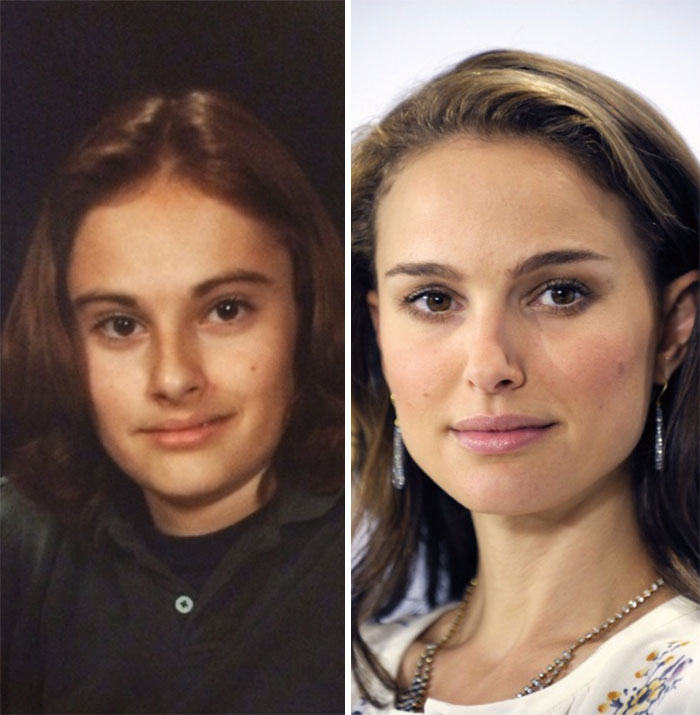 “This is my friend at age 13. He looked exactly like Natalie Portman.” 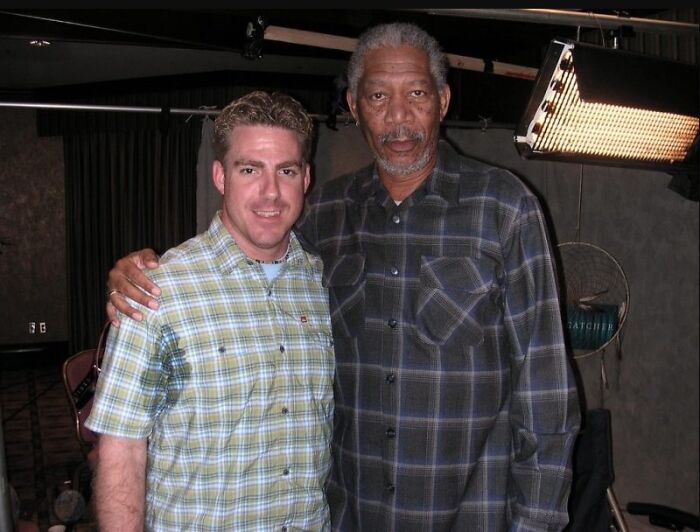 “The time I was a little too nervous to meet Morgan Freeman.” 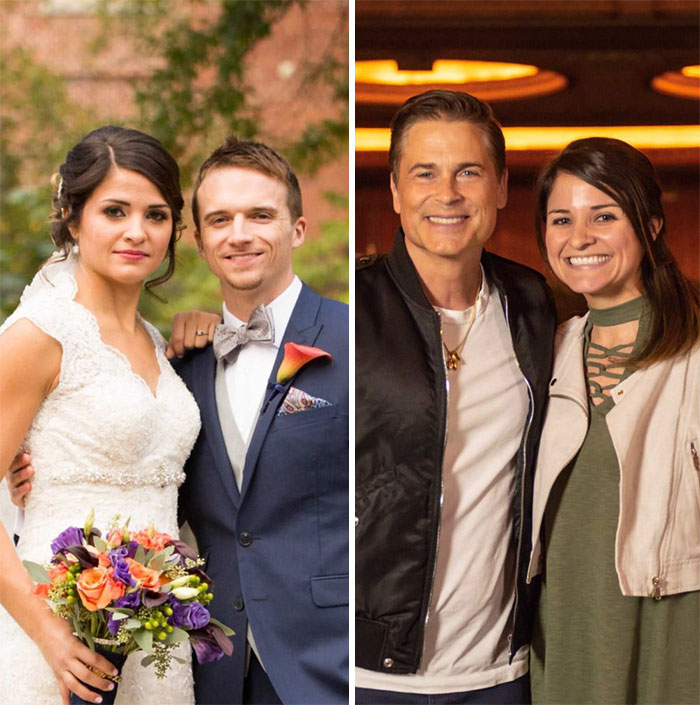 “My wife’s face on our wedding day compared to when she met Rob Lowe.” 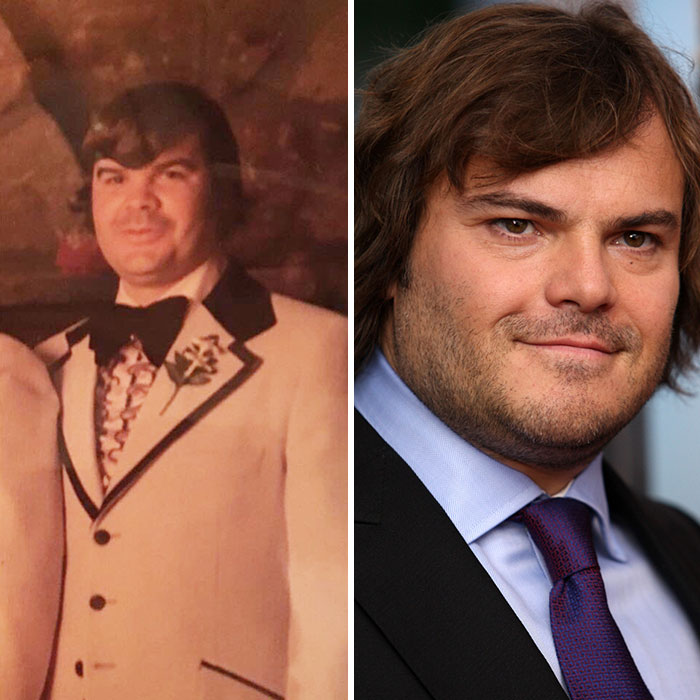 “Found out that my Grandfather was once Jack Black.” 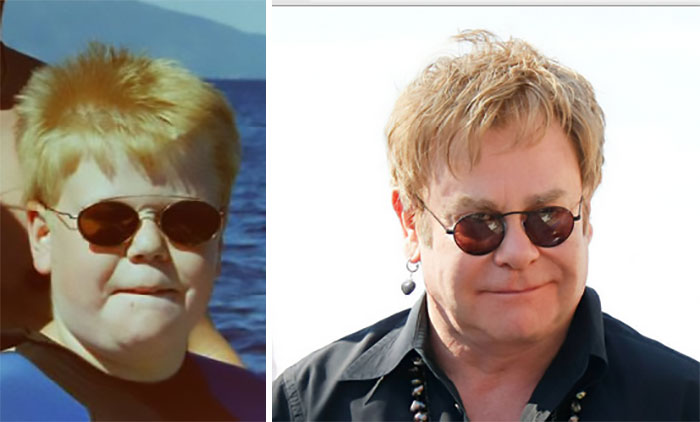 “So apparently I looked like Elton John as a kid.” 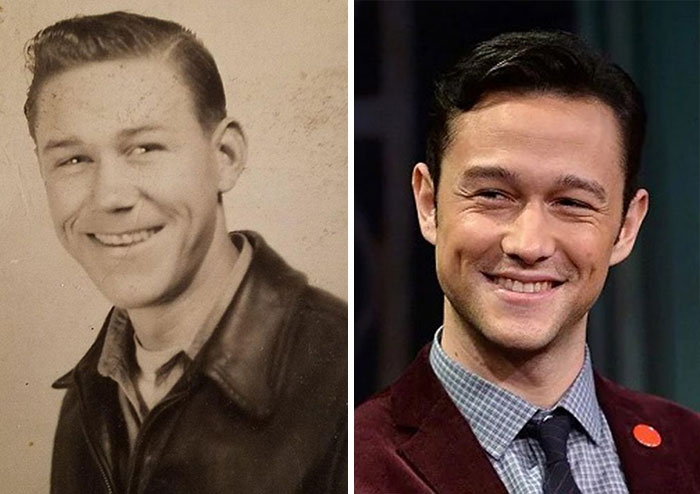 “My uncle sometime in the late 1940’s, back when he was Joseph Gordon Levitt’s doppelganger.” 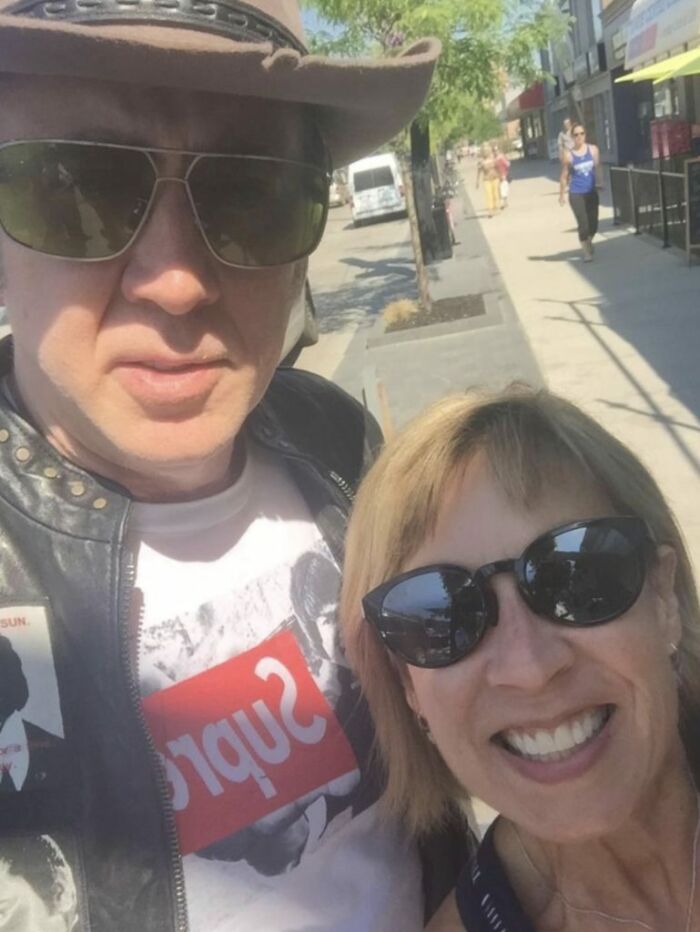 “My mom didn’t answer my call today. Texted asking what she was up to, and this is the photo she sent back.” 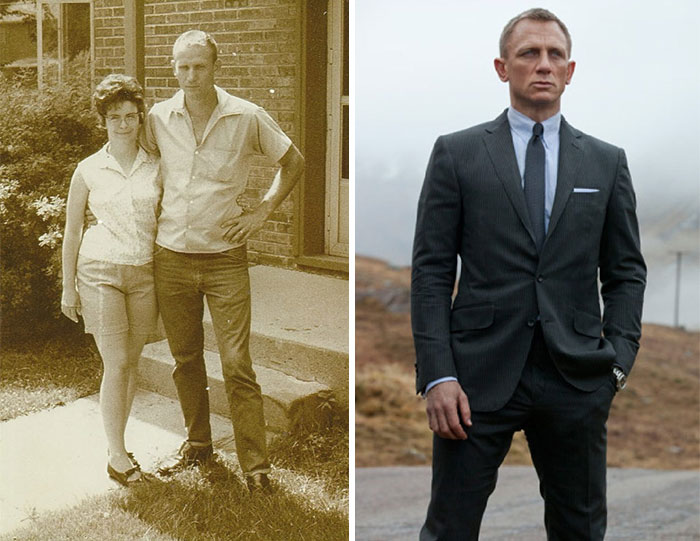 “My grandpa might have forgotten to tell me he has a License to Kill.”