With the internet offering us an endless stream of cat videos and fresh memes, it can be easy to forget that it is also an infinite source of knowledge – you just have to know where to look. And lucky for you, the (TIL) subreddit is exactly where you should start.

The subreddit in question has over 25 million members who regularly share some of the most interesting facts they’ve managed to learn on the given day, and I’m pretty sure you’ll be just as fascinated as they were. Check out a fresh batch of entertaining facts shared in the TIL subreddit below, and if you want more, make sure to read our earlier posts , , and ! 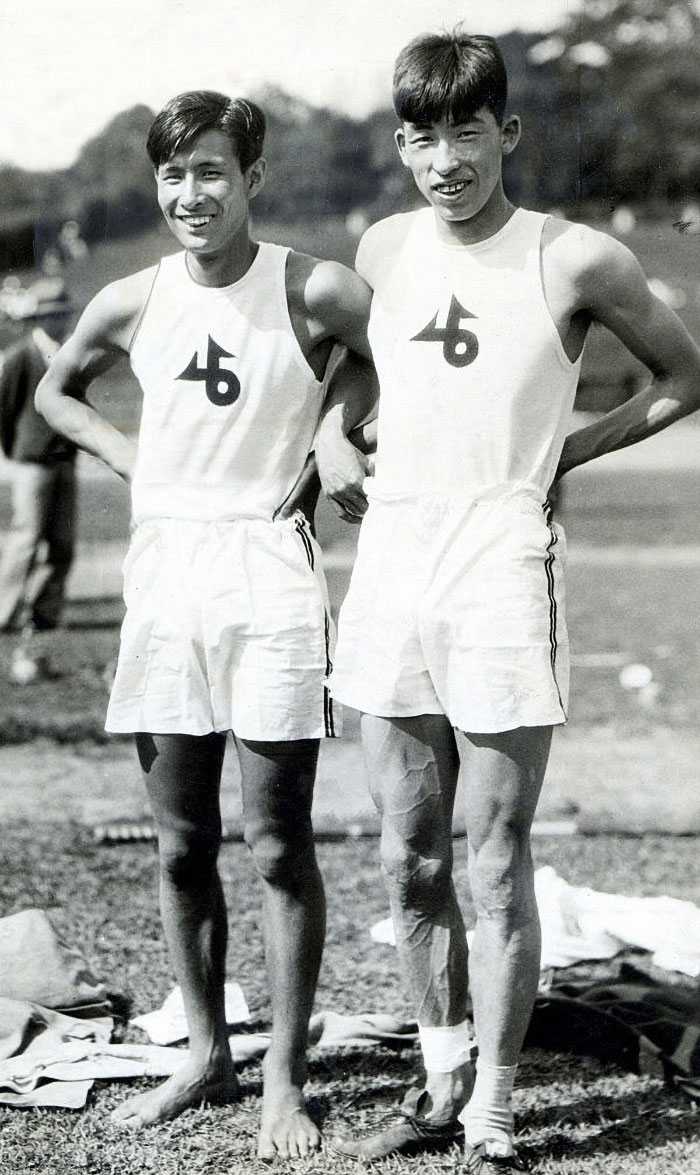 TIL In the 1936 Olympics two Japanese pole vaulters (Shuhei Nashida & Sueo Oe) tied for second. Declined to compete against each other, Nashida was awarded silver and Oe bronze. On return to Japan they had the medals cut in two & joined together to make two ‘friendship medals’ out of silver & bronze 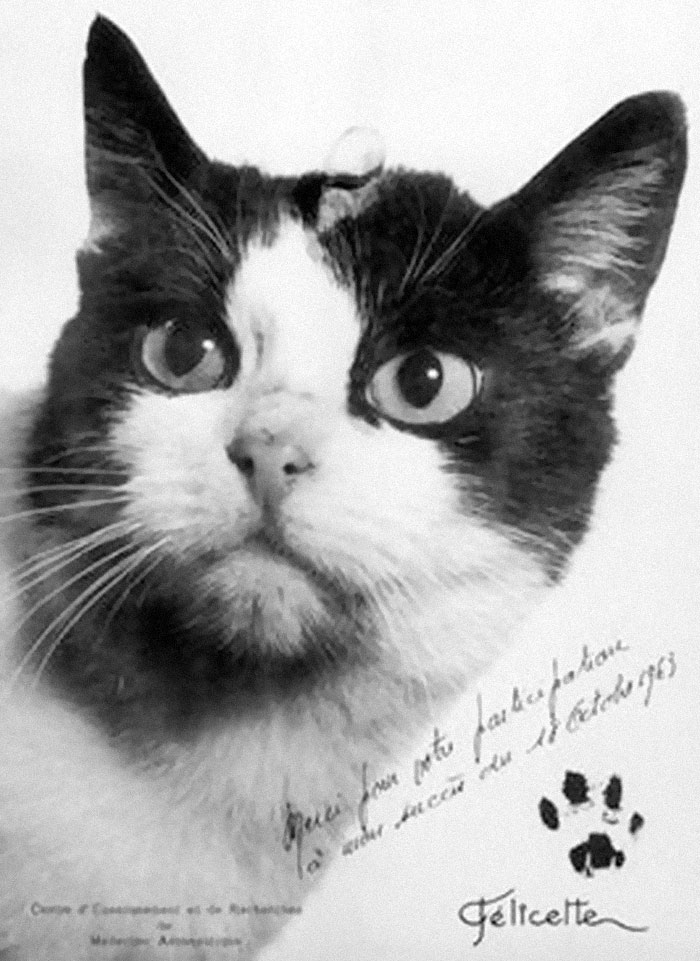 TIL that on October 18, 1963 French scientists launched a rocket into space, containing a cat named Felicette. She orbited close to 100 miles above earth, then descended safely to the ground via a special parachute. Felicette has the high honor of being the only cat launched into space thus far. 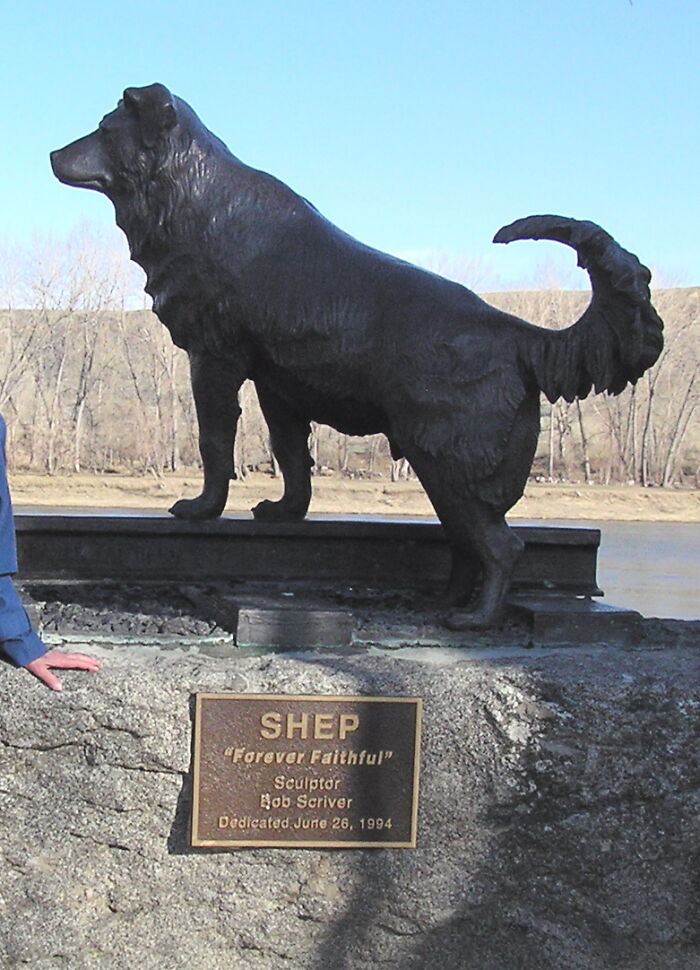 TIL When his owner died in August 1936, Shep the Dog followed the casket to the railroad station and watched it being loaded onto a train heading to the eastern US. For six years until his own death, he would greet every train that arrived each day, expecting his master to return. 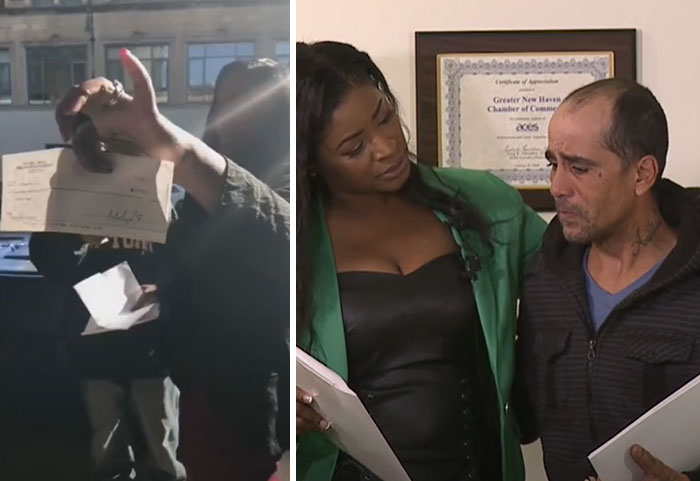 TIL a homeless man found a 10 000$ check on the street meant for a real estate broker and found a way to return it. So, touched, the broker awarded him a place to live and arranged for a job interview. A year later, he was on the board of directors of one of their foundations. 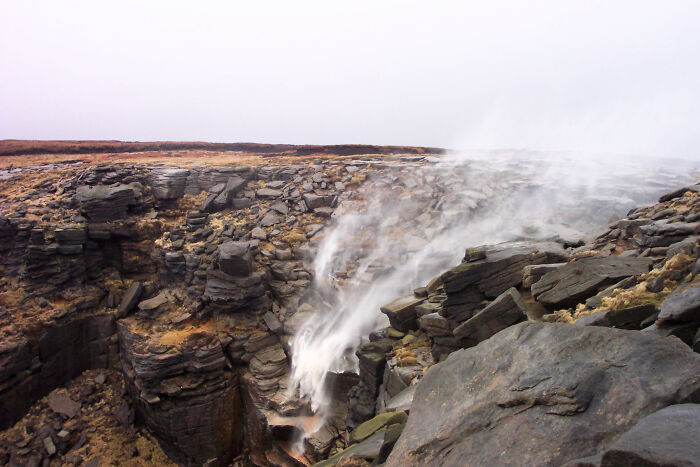 TIL Nordic countries have a “Freedom to Roam”, allowing people to enjoy all nature regardless of ownership (within reason) 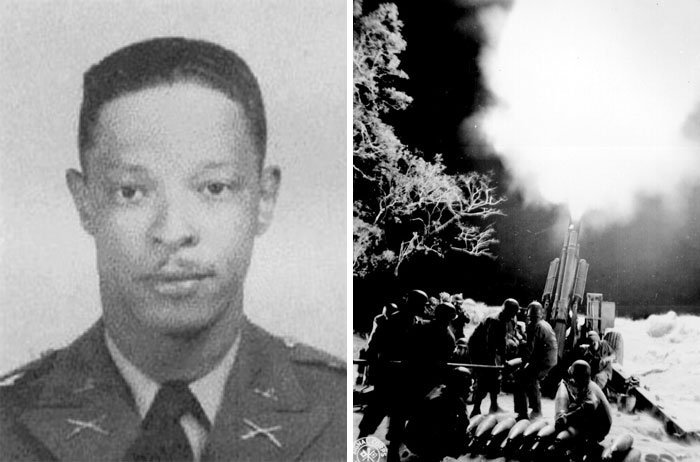 TIL During World War II, an American lieutenant, realizing his position was inundated with enemy troops, called in an artillery barrage on himself. Following a US counterattack later that day, the lieutenant’s body was found alongside approximately 100 German soldiers. His name was John R. Fox. 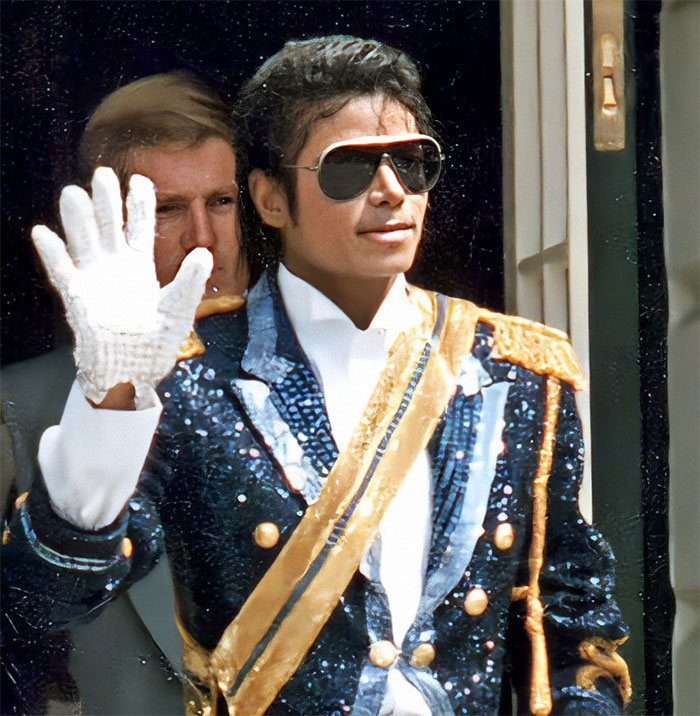 TIL Michael Jackson was a virtuoso composer, despite being unable to read music or play instruments well. He wrote the parts to his songs by singing and beatboxing into a tape recorder. “He would sing us an entire string arrangement, every part. Had it all in his head, harmony and everything.” 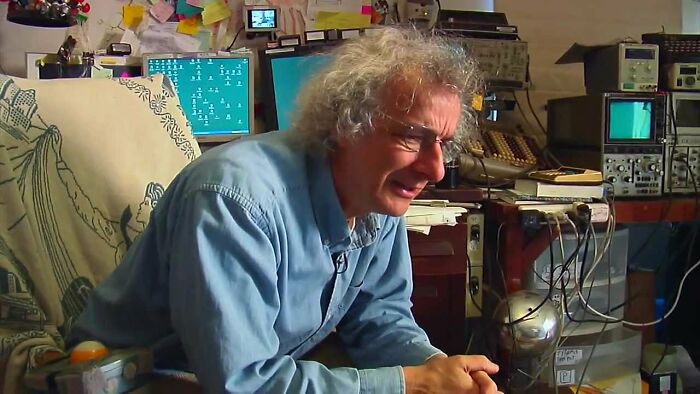 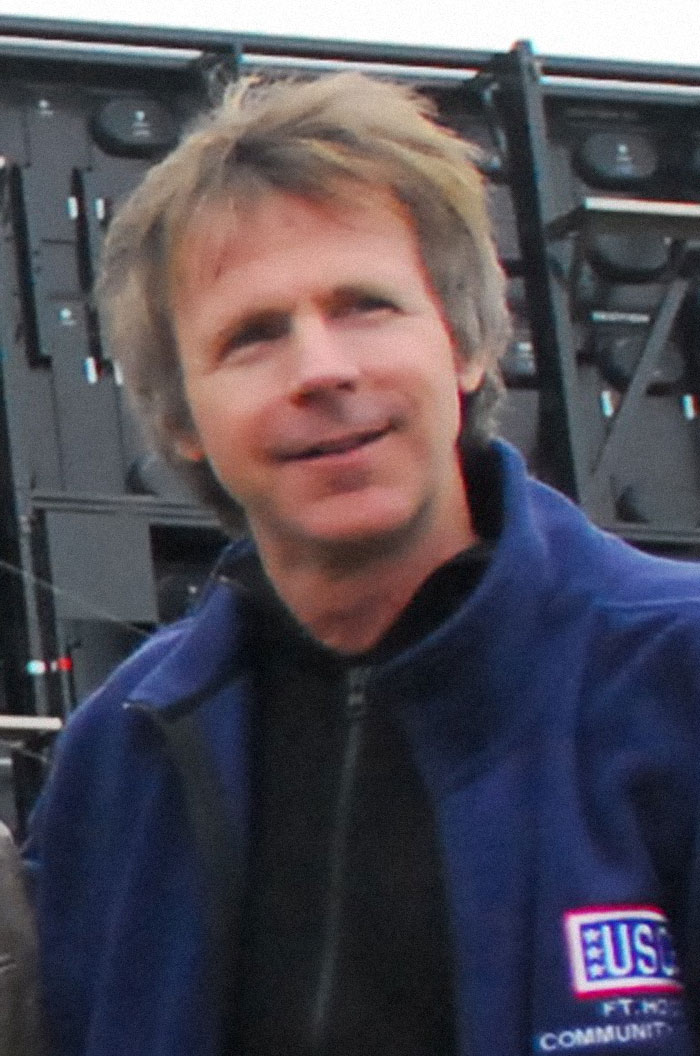 Today I learned Dana Carvey underwent heart bypass surgery for a blocked coronary artery, but the surgeon operated on the wrong artery. Eventually he won a lawsuit against the hospital and won 7.5 million dollars, all of which was donated to charity.

TIL Neuroscientists have found evidence to suggest feeling powerful dampens a part of our brain that helps with empathy. Even a small amount of power can have this effect on someone 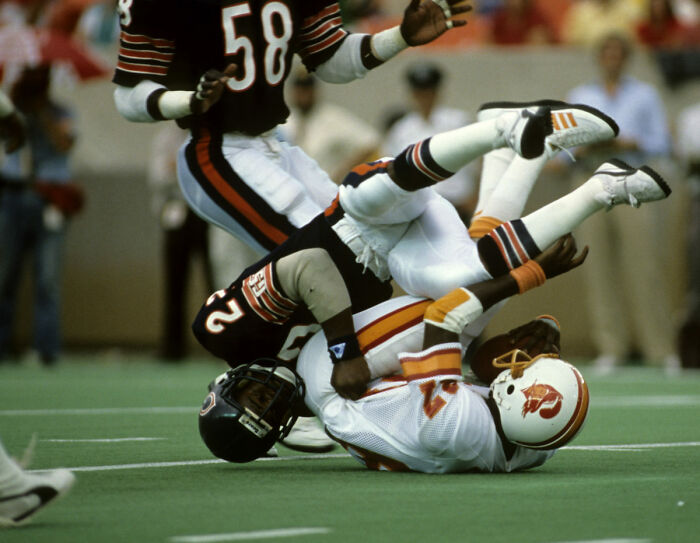 TIL when former NFL safety Dave Duerson took his life he left a note that read, “Please see that my brain is given to the NFL’s brain bank.” He shot himself in the chest rather than his head so as to preserve his brain. Doctors confirmed that he was suffering from chronic traumatic encephalopathy. 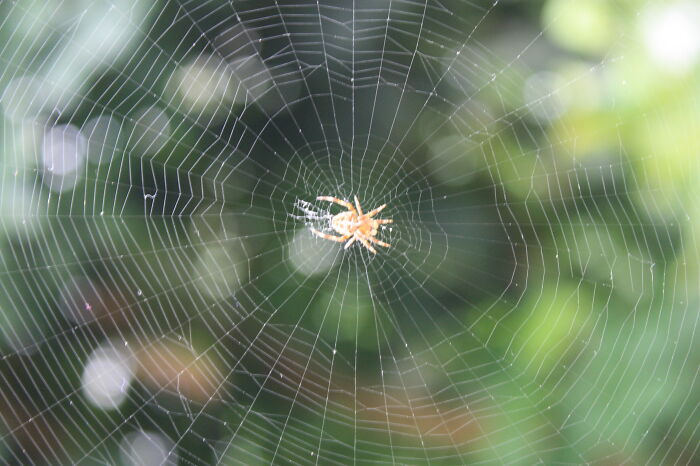 TIL spiders tune their webs like guitar strings, tightening and loosening strands so they can read the different frequencies caused by intruders and determine where/how big the intruders are, if they are predator or prey, or if they’re just a potential mate flirtatiously strumming their strings. 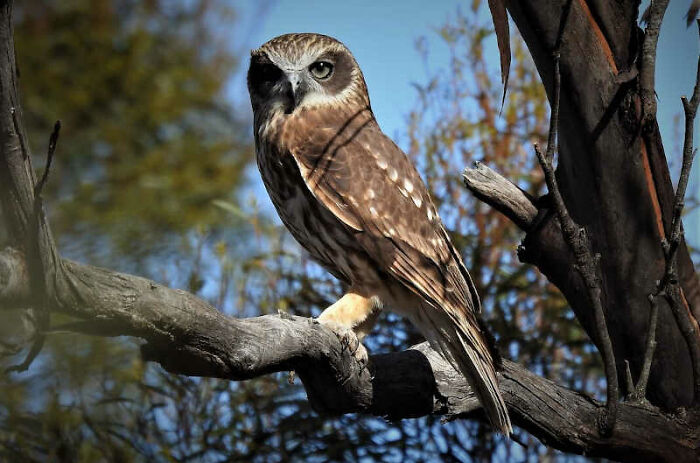 TIL Owls’ ears are placed asymmetrically – at different heights on the sides of their faces – so the sounds reach each ear at different times. This is essential to identifying the exact direction of their prey. 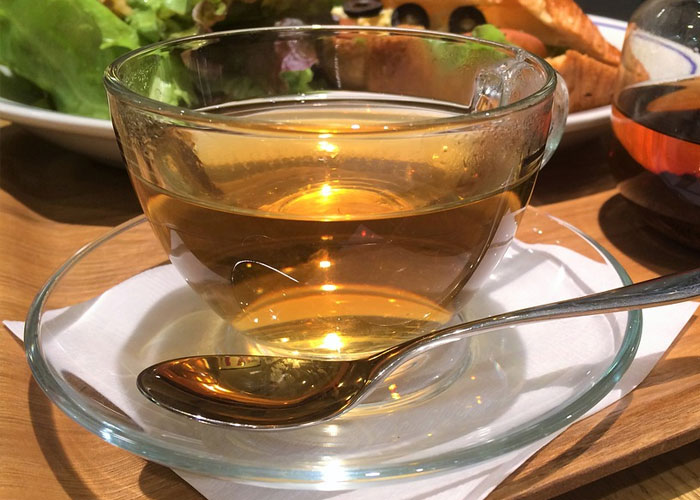 TIL there is such a thing as Earl Grey tea intoxication, where drinking 4L per day causes extensive muscle cramps and blurred vision. Cutting down to 1-2L makes the symptoms go away. 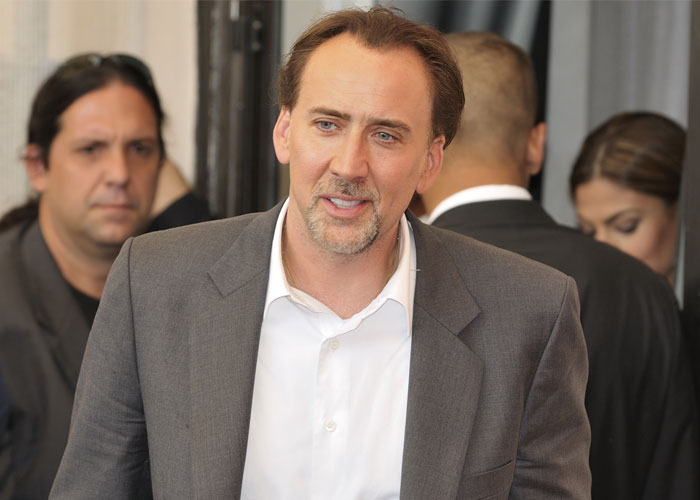 TIL Nic Cage once crashed a Nic Cage film festival, watched 4 of his own films, did a 47-minute Q&A and read a 10-minute short story 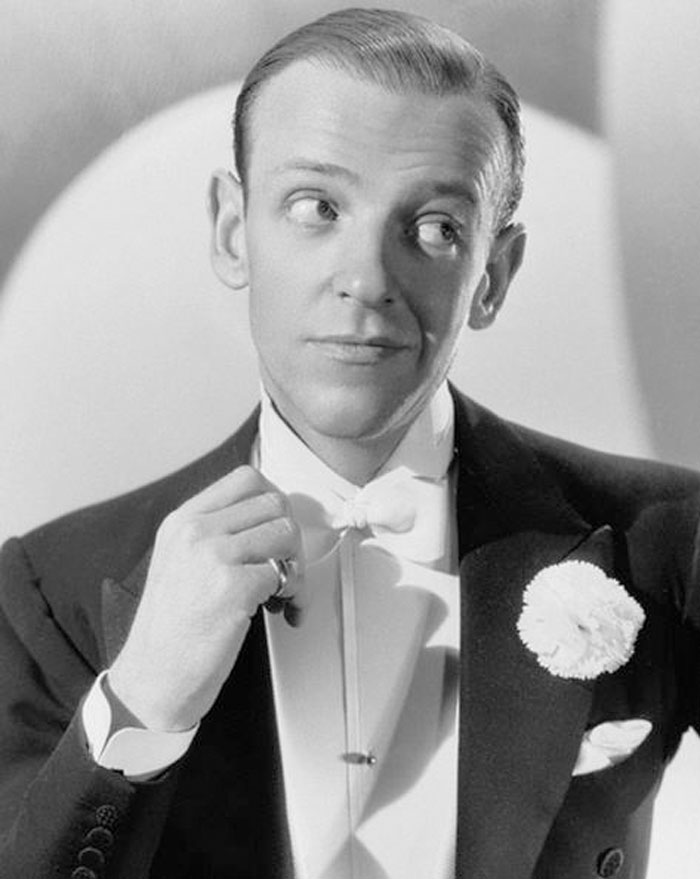 TIL in the 1900s the Austerlitz family in Omaha, Lutheran German emigrants, moved to New York City in hopes of finding fortune through their children’s vaudeville talents. The son wore a top hat and studied tango, waltz, and other ballroom dances. He would become Fred Astaire. 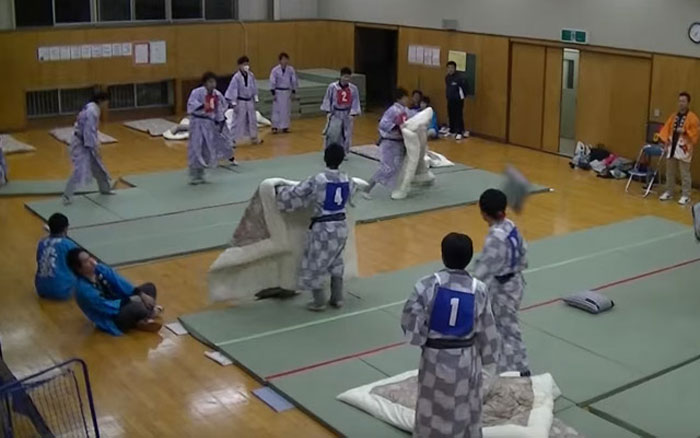 TIL about the Japanese national pillow fighting tournament. The pillow fighters start by pretending to sleep on futons. But when the whistle sounds, they spring to their feet and race to get a pillow. A mix between dodgeball and chess, teams throw pillows at each other while protecting the ‘King’. 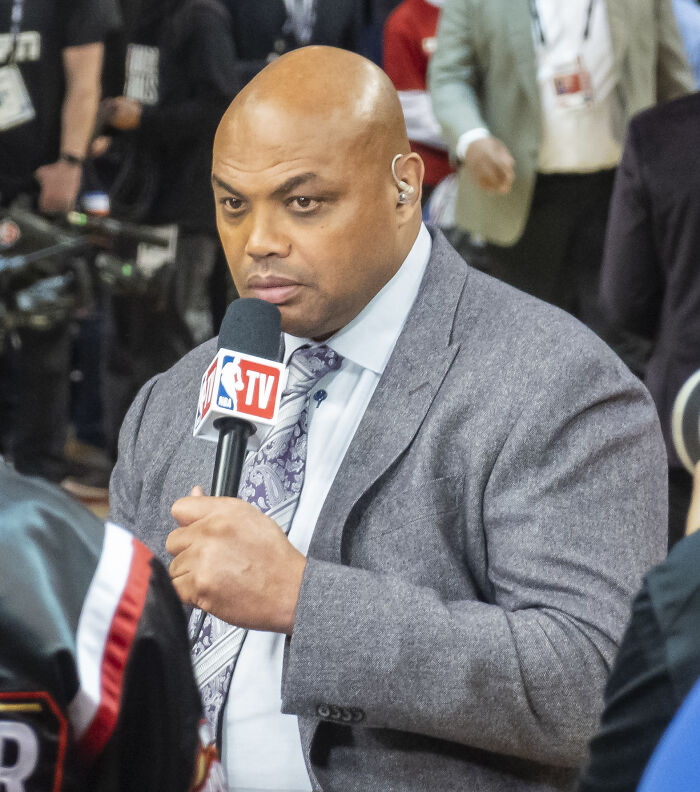 TIL Charles Barkley was the first black baby born at a segregated, all-white town hospital in Leeds, Alabama and was in the first group of black students at his elementary school. 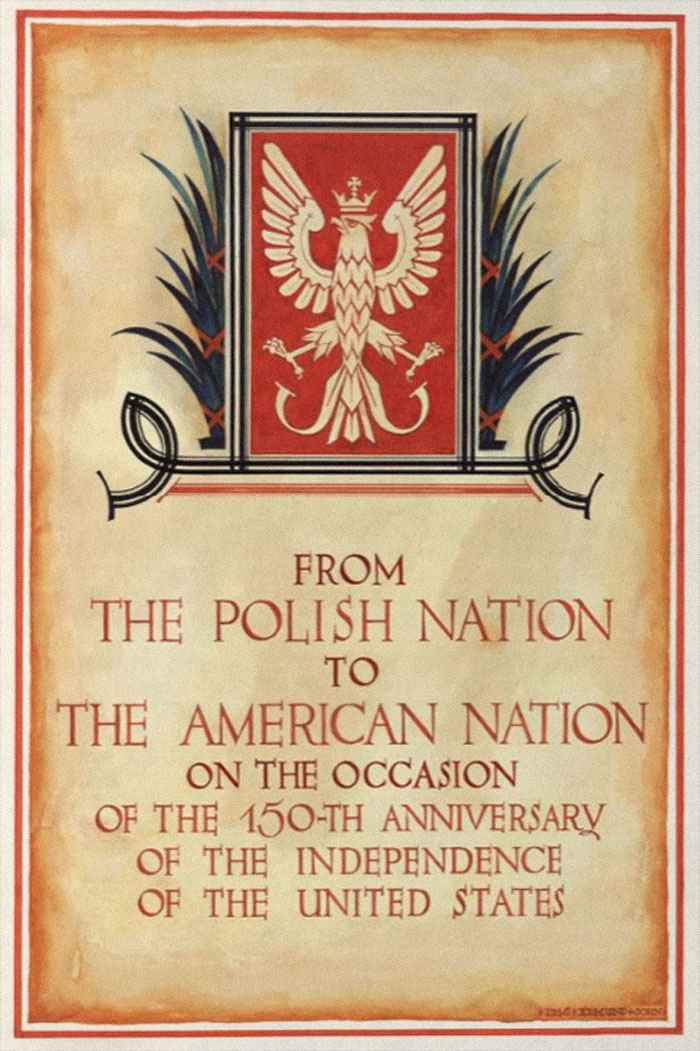 TIL Poland sent the US a birthday card with 5.5 million signatures to mark the 150th anniversary of the US in 1926.

TIL when sonar was first invented, operators were puzzled by the appearance of a ‘false seafloor’ that changed depth with the time of day and amount of moonlight. It was eventually identified as a previously unknown layer of billions of lanternfish that reflect sonar waves and migrate up and down. 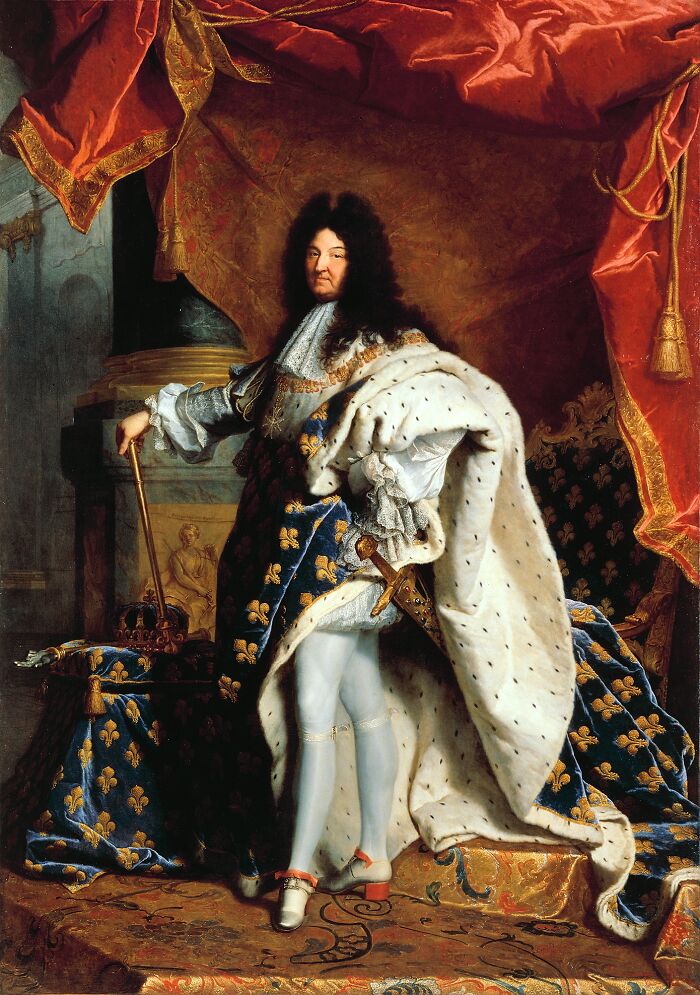 TIL that in 1648 an angry mob of Parisians once broke into the royal palace, demanding to see the king. They were led into the bedchamber of Louis XIV, who was pretending to be asleep. Satisfied, the mob quietly departed. 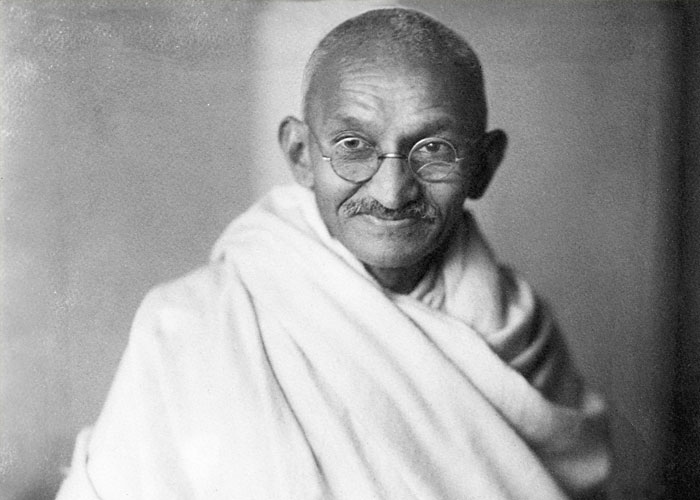 TIL that in 1948 the Nobel Committee did not award the Nobel Peace Prize on the grounds that “there was no suitable living candidate”, implying that Mahatma Gandhi would have received it if it were not for his assassination earlier that year. 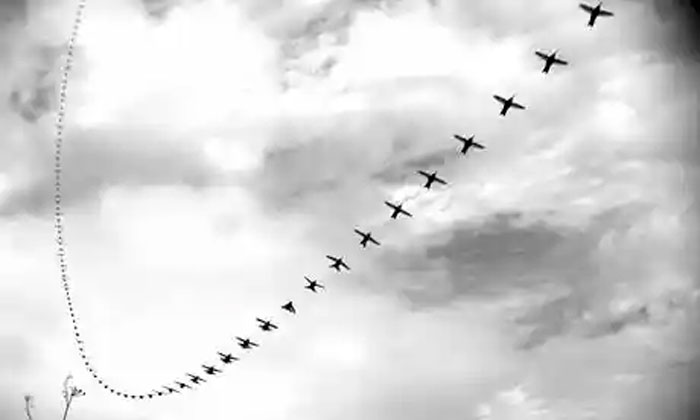 TIL Hummingbirds are one of the fastest animals on Earth relative to their body size. They can cover more body lengths per second than any other vertebrate and for their size can outpace fighter jets and the space shuttle – all while withstanding g-forces that would make a fighter pilot blackout. 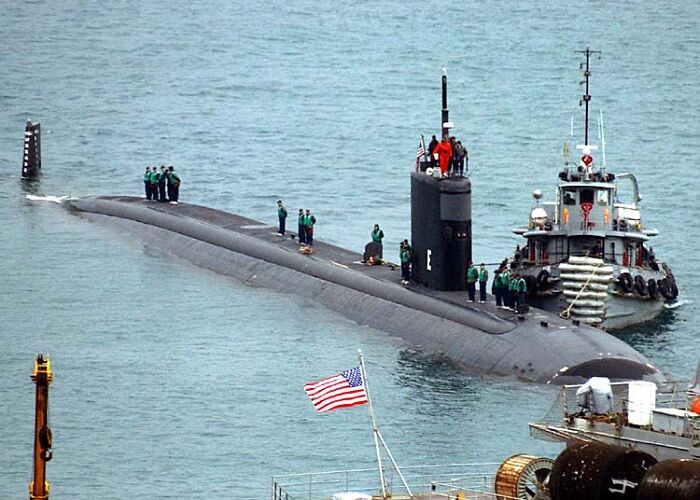 TIL: The United States Department of Defense runs Linux. “In fact, the US Army is the single largest installed base for RedHat Linux and the US Navy nuclear submarine fleet runs on Linux” 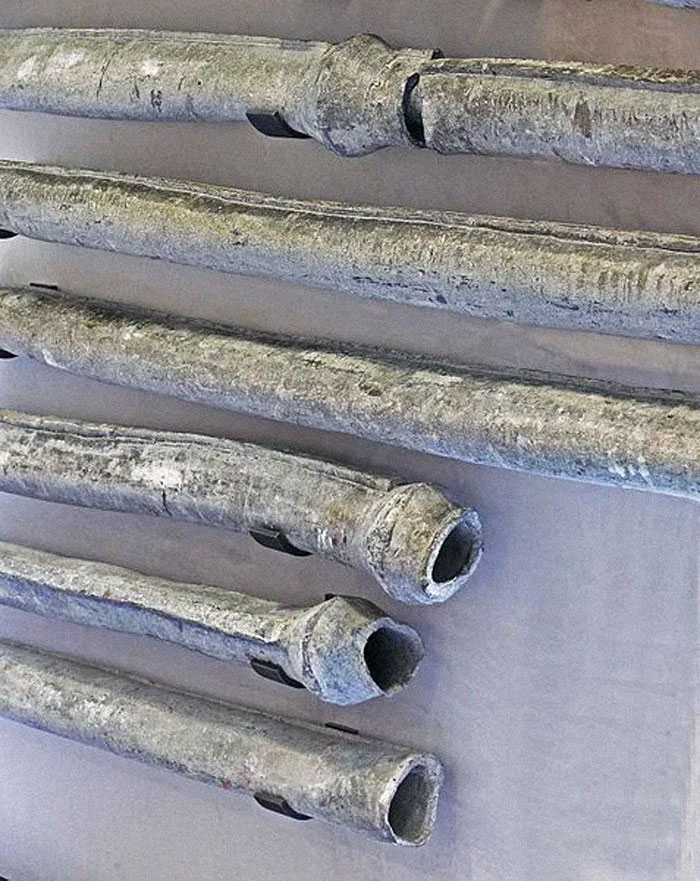 TIL many people in ancient Rome who were among the educated elite were aware that lead was poisonous and some of these people even tried to make others aware of this. 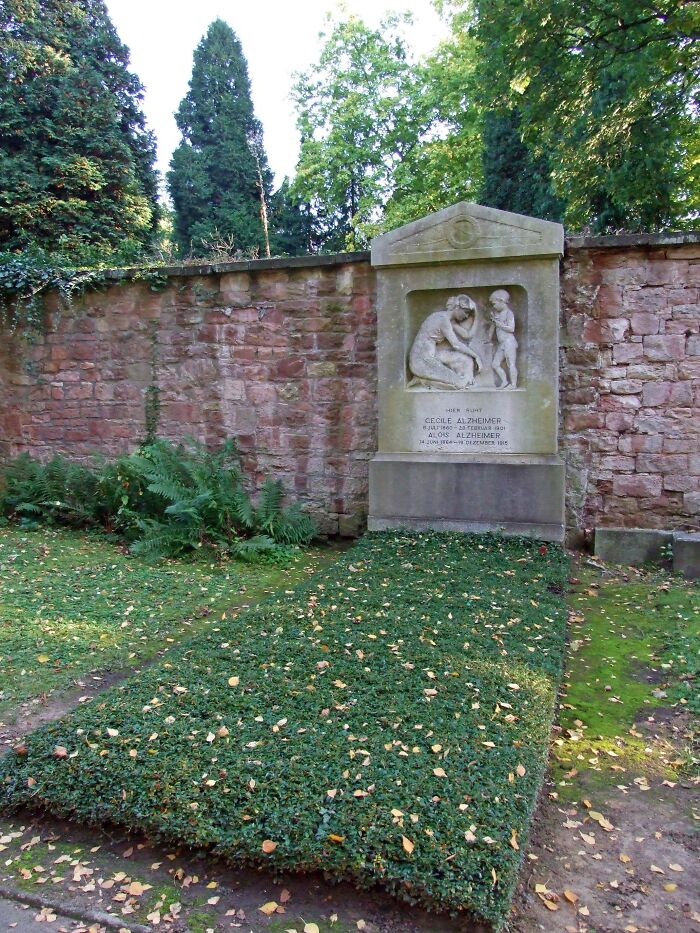 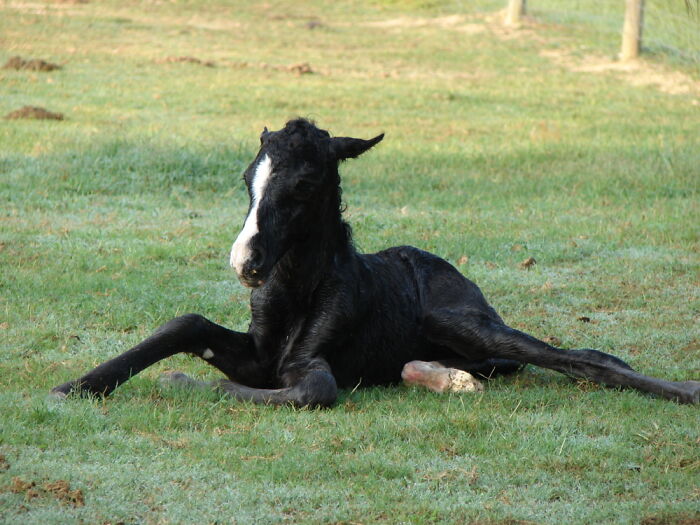 TIL Baby horses are born with “feathers”, AKA faery fingers or golden slippers (real name eponychium). They protect the mother’s uterus during gestation and birth canal during parturition from damage from the otherwise sharp and dangerous hoof kicks. They harden and fall off very soon after birth. 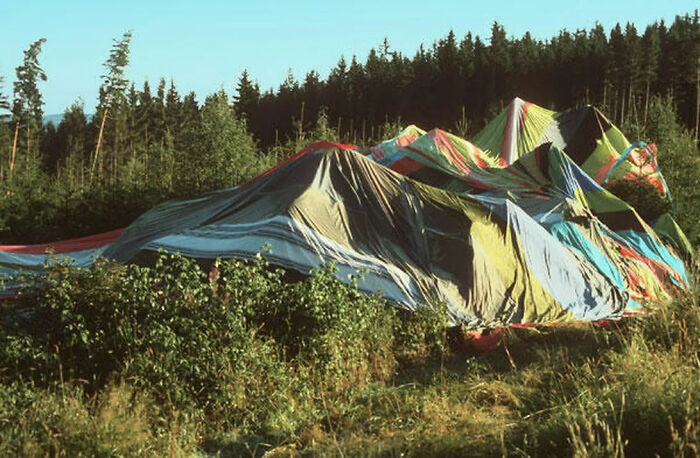 TIL that In 1979, two families escaped East Germany in a homemade hot air balloon. They flew for 28 minutes at −8 °C with no shelter as the gondola was just a clothesline railing. They landed just 10km from the border. The escape was planned out over 1 and 1/2 years and took 3 attempts. 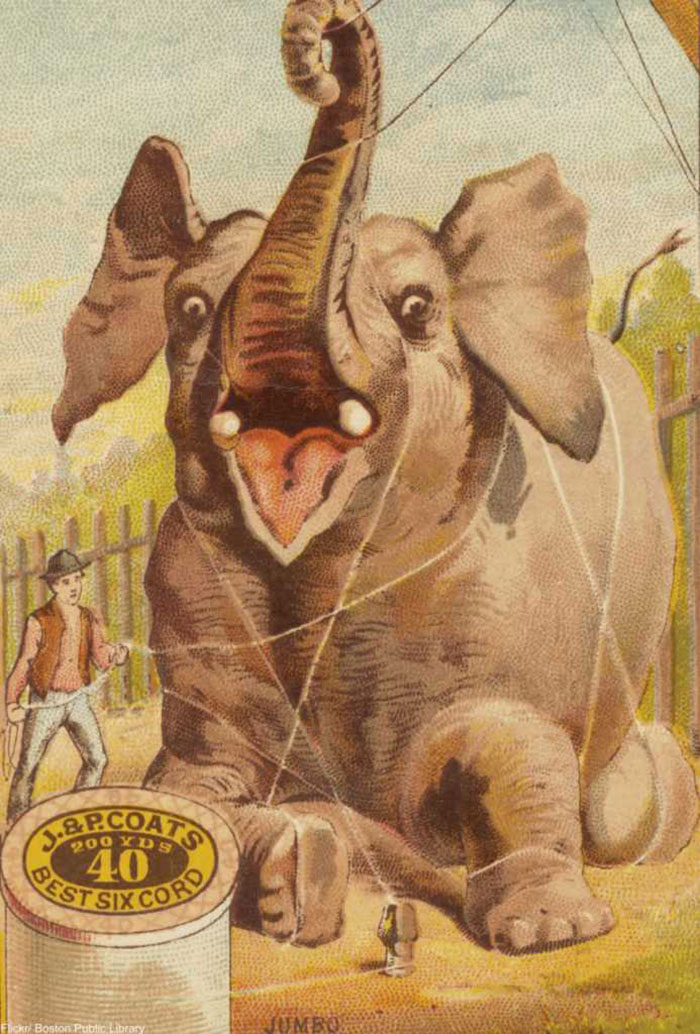 TIL that P.T. Barnum’s famous elephant Jumbo got his name from the Swahili word for chief. It was the elephant who caused the word “jumbo” to mean something large – not the other way around. 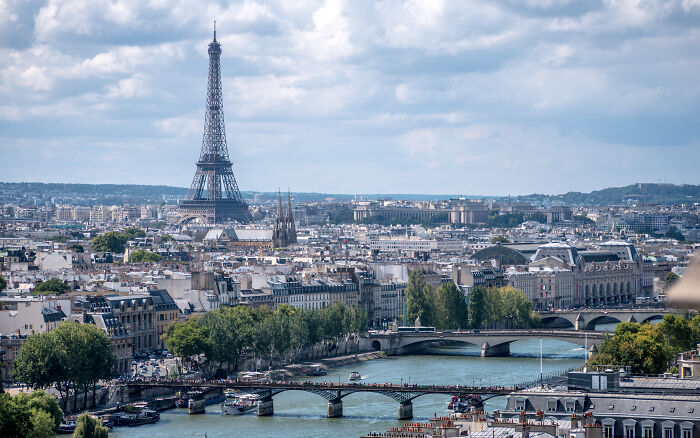 TIL that when the allied forces were at the edge of the city, Hitler ordered the destruction of Paris. The Nazi commander of Paris couldn’t bring himself to execute the order and surrendered the city a few days later.