On 24th Feb 2022, Putin launched a “military operation” in Ukraine. According to Ukraine, around 352 civilians have been killed since Russia invaded them, and many others are wounded.

Amidst the airstrikes and violent explosions in Kyiv, Donetsk, Lutsk, Mariupol, Dnipro, Nikolaev, and Kherson, people all over the country are terrified. Everyone is aware that there are many more innocent lives at stake, and are trying to fight some of the darkest days in Europe after World War II. Scroll below to see some posts highlighting the heartbreaking moments that appeared on the Internet after Russia’s invasion. 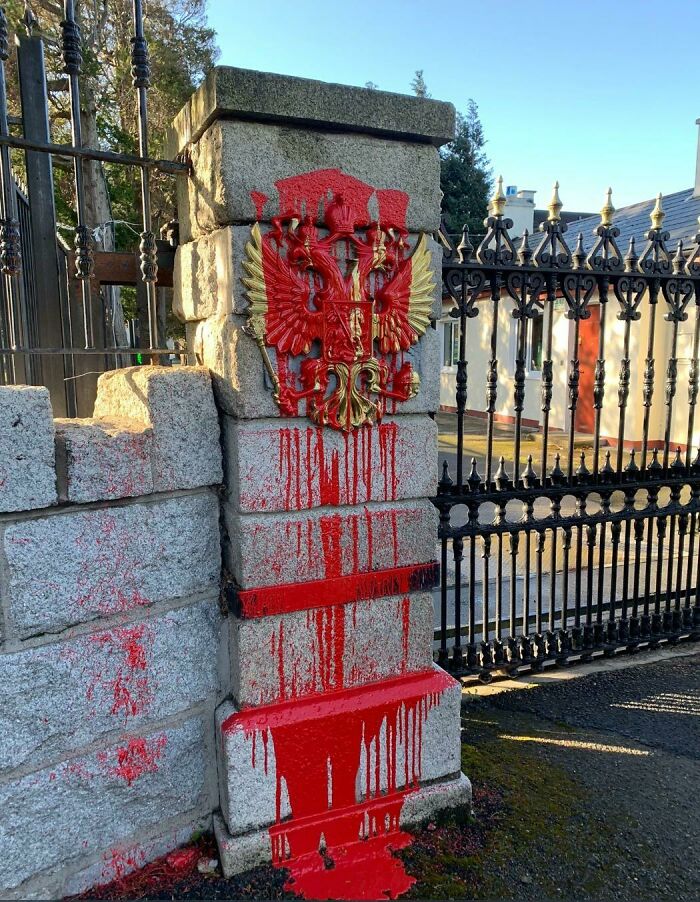 “Red paint thrown at the Russian Embassy in Ireland. We stand with you, Ukraine” 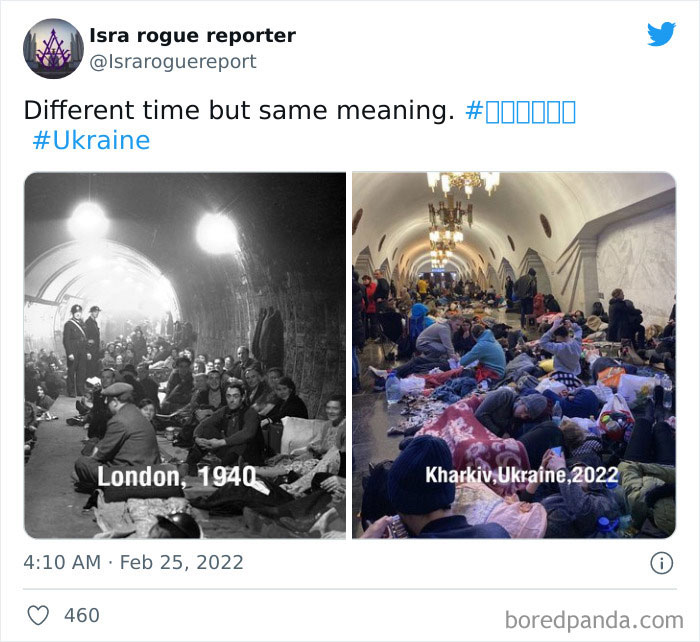 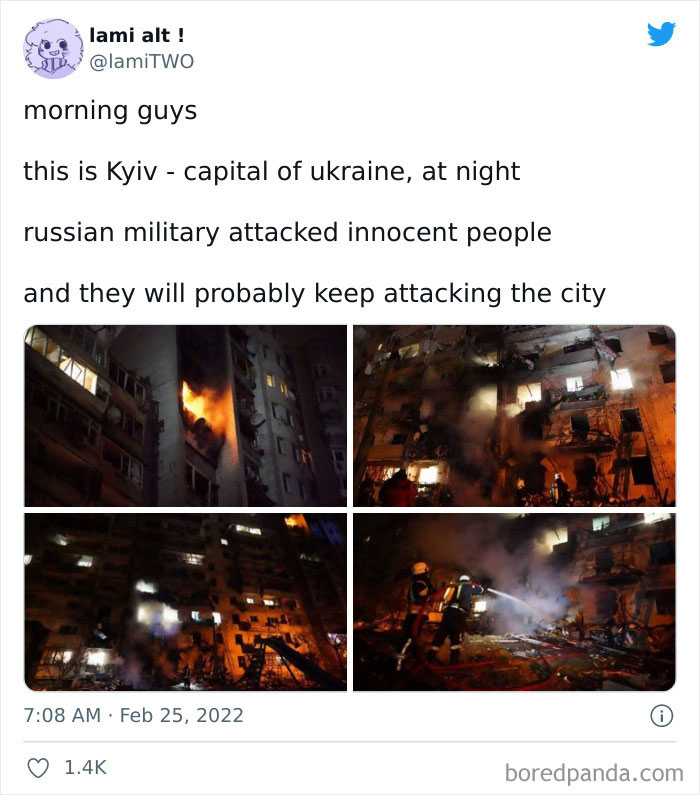 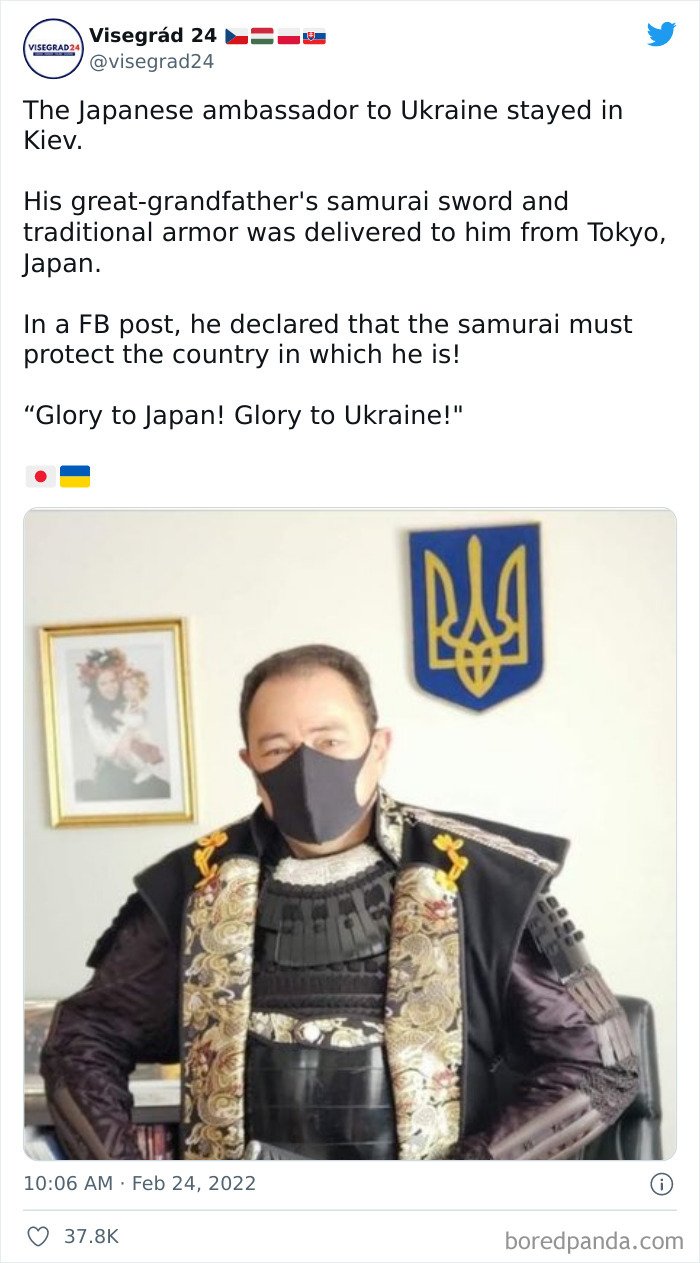 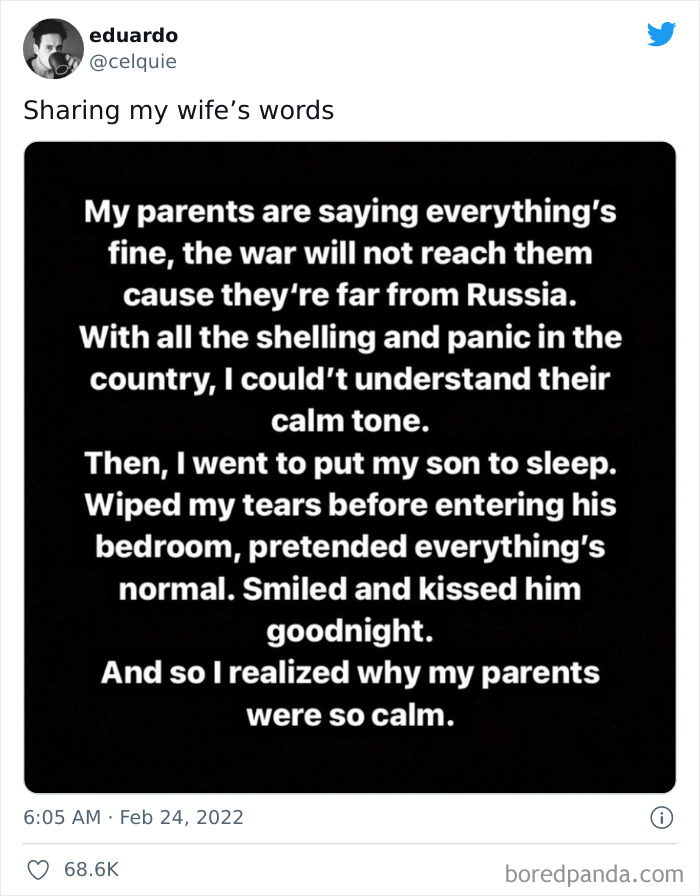 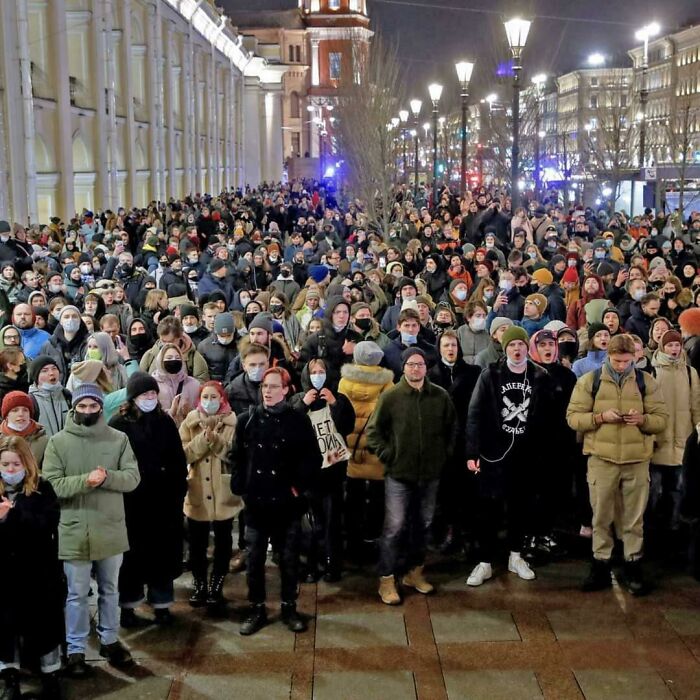 “The breathtaking bravery of Russian citizens who know they’ll be arrested, and worse, for protesting the war and do it anyway” 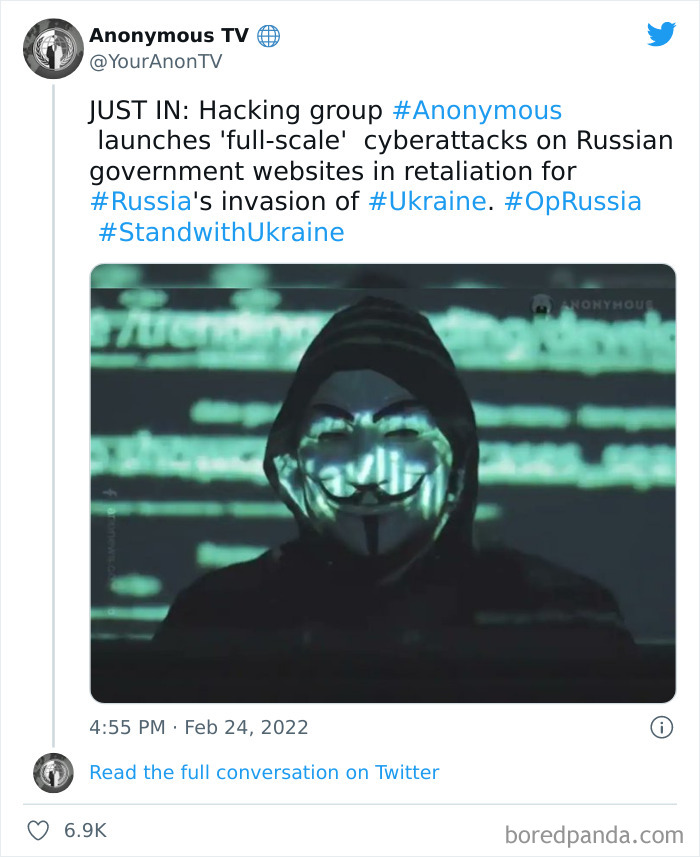 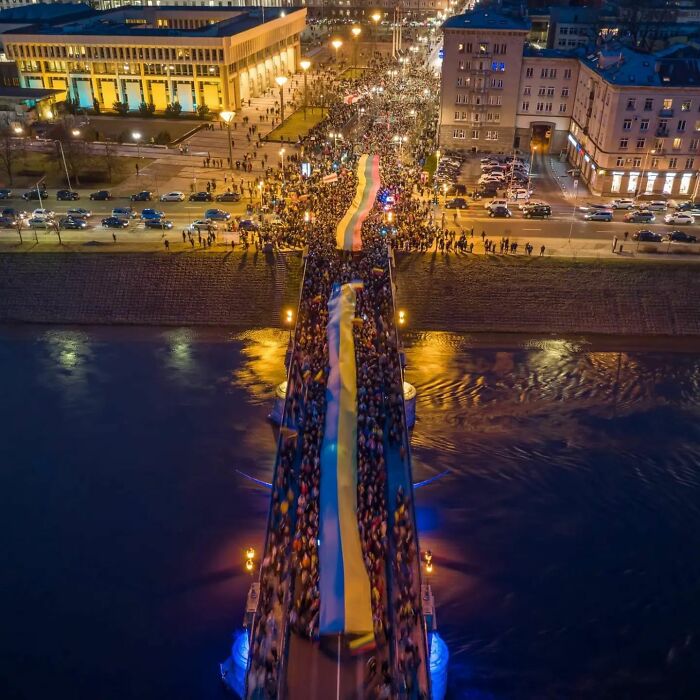 “More than 10 thousand people in Vilnius, Lithuania, walked up to the Russian embassy to demand peace.” 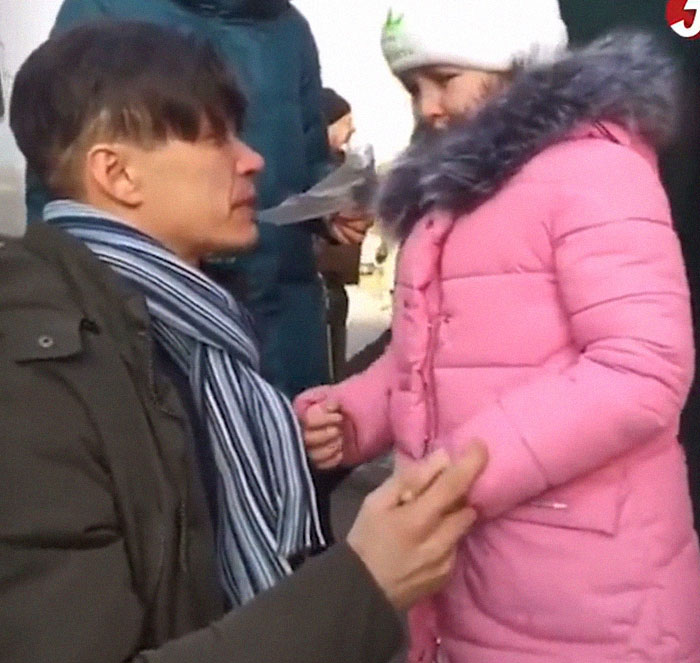 “A Ukrainian father says goodbye to his family, while he stays behind to fight the Russians” 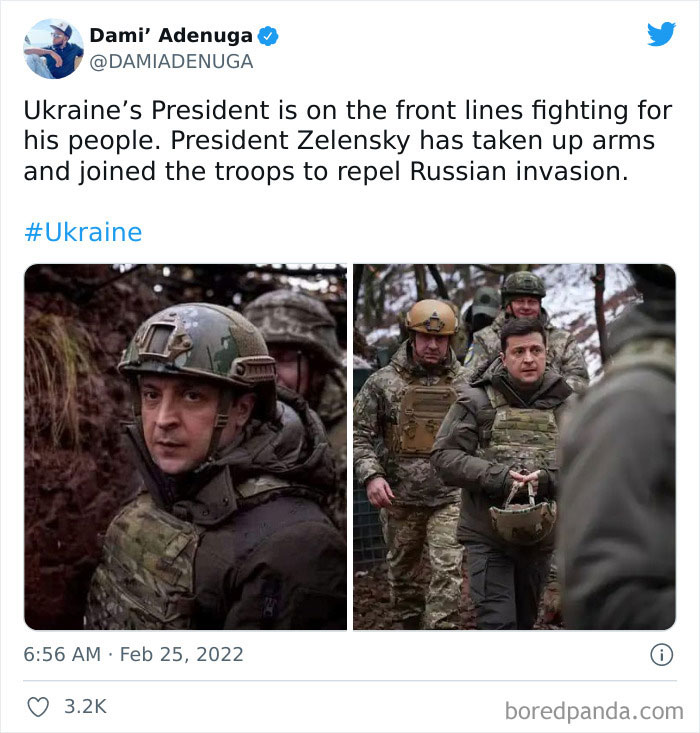 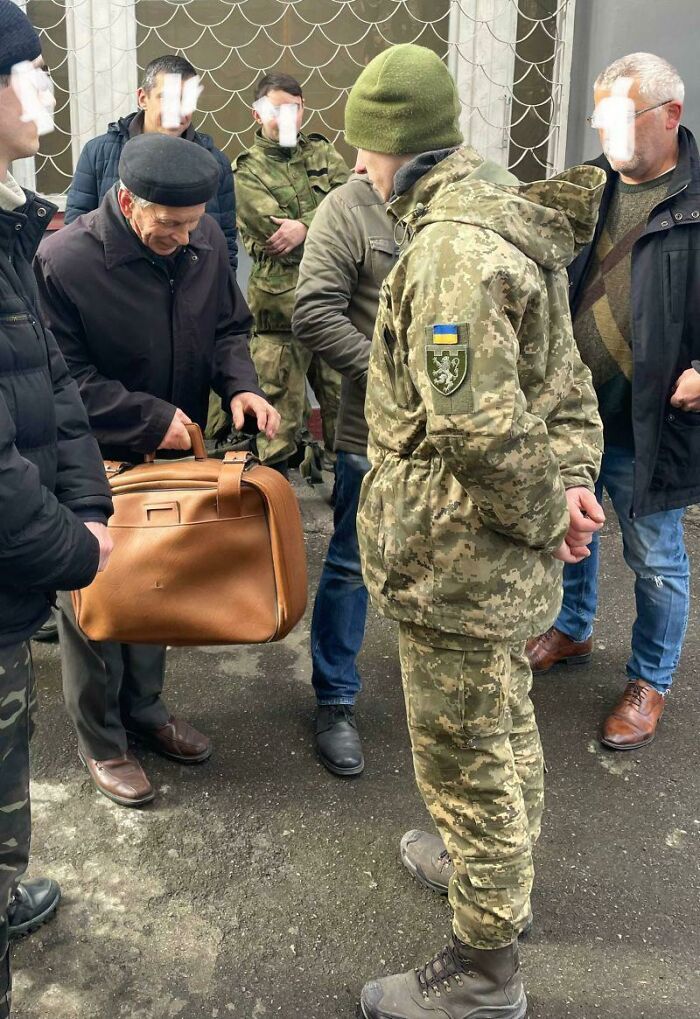 “An 80-year-old who showed up to join the Ukrainian army, carrying with him a small case with 2 t-shirts, a pair of extra pants, a toothbrush and a few sandwiches for lunch. He said he was doing it for his grandkids” 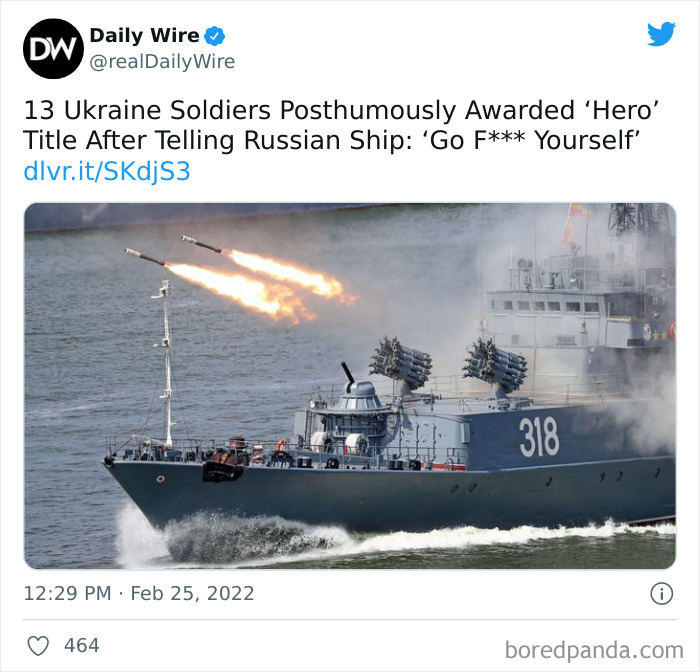 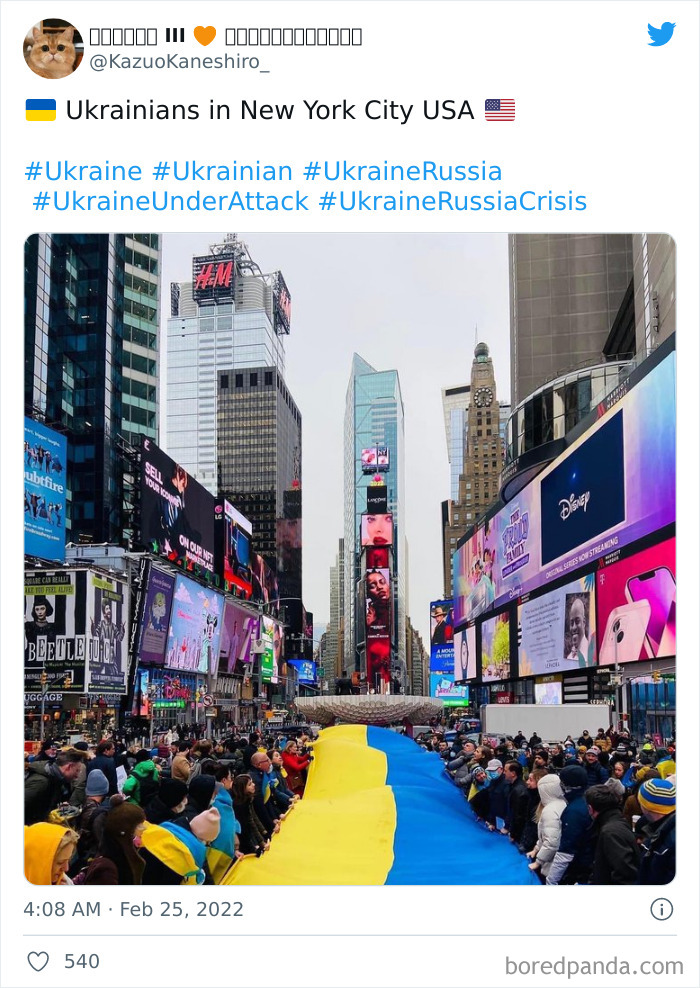 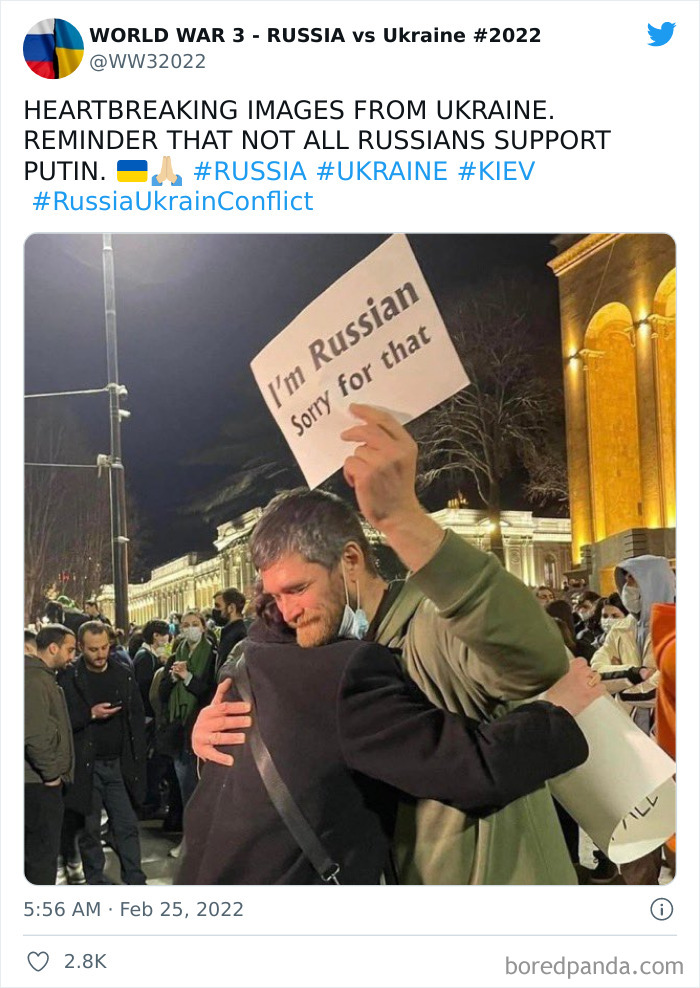 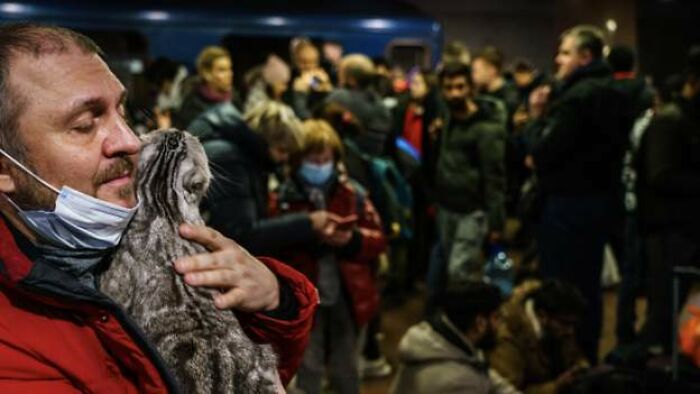 “Wow, this one got me, Ukrainian’s taking shelter in a Metro station, and a man protecting his cat :(” 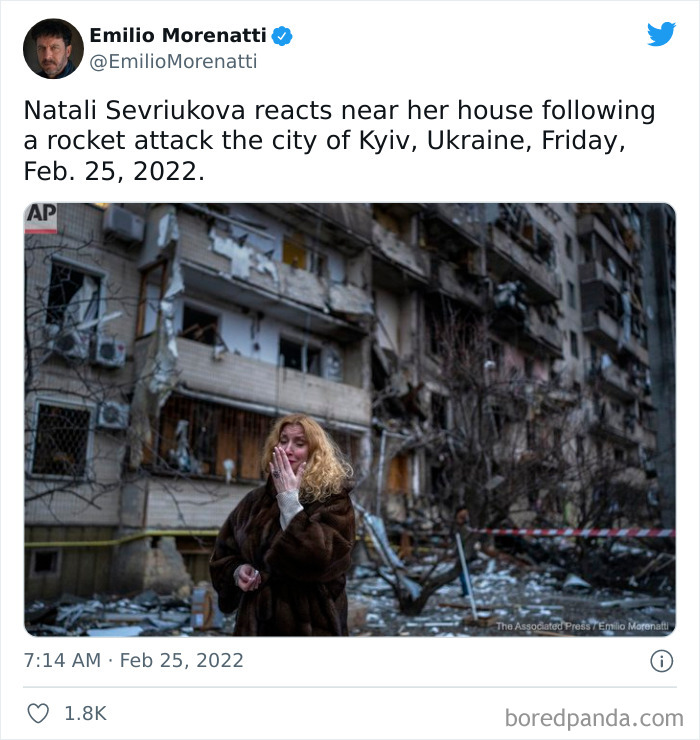 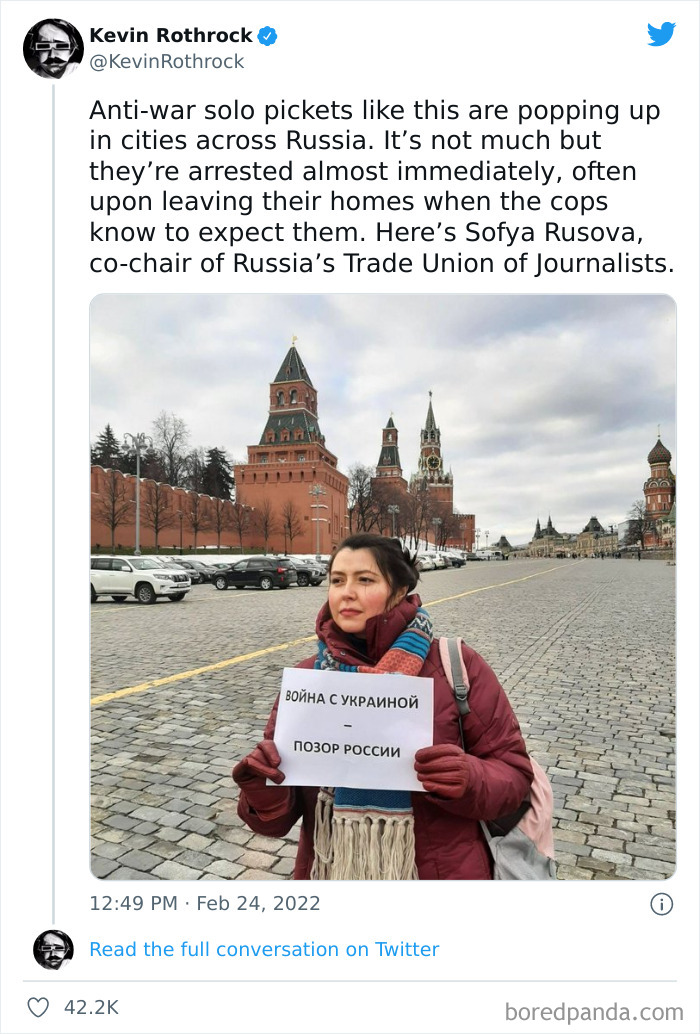