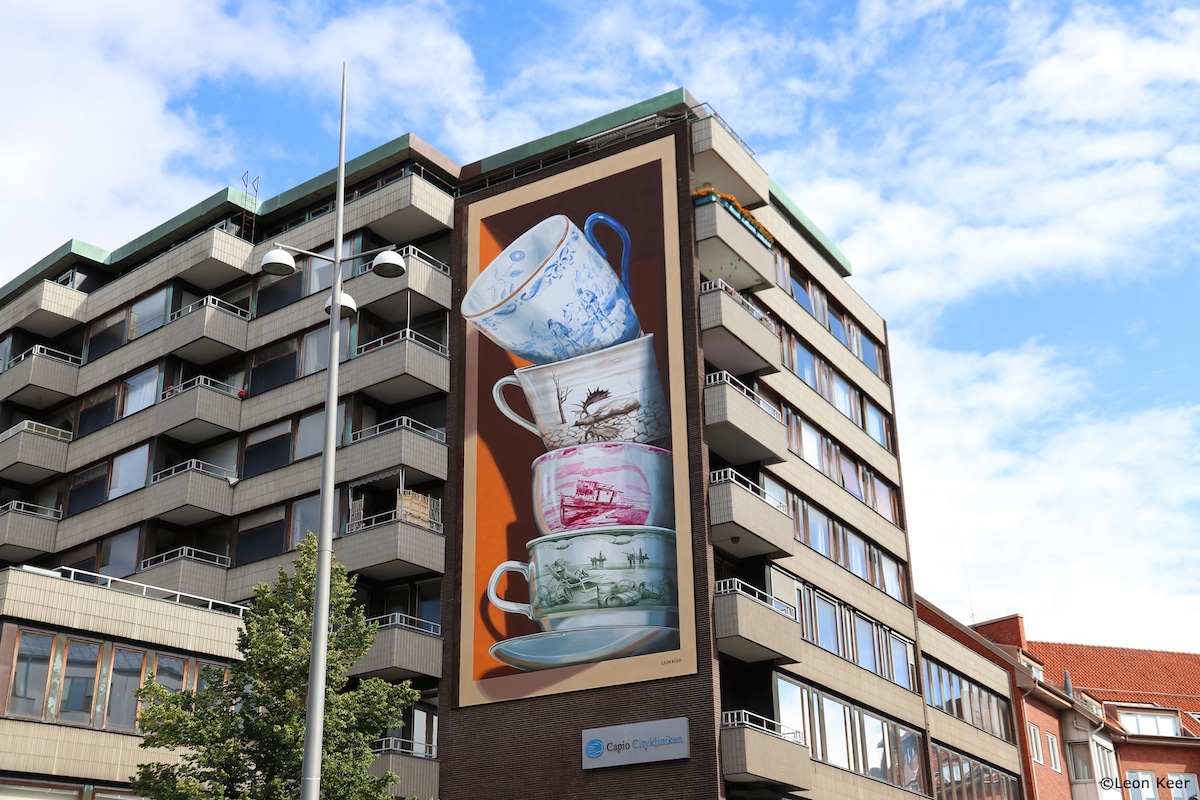 Dutch street artist is a master of three-dimensional art. He can transform any flat surface into a mind-bending illusion using paint. And for his latest mural, he has created Shattering, a complex balance of teacups that look as though they’re on the brink of spilling over. Painted in Helsingborg, Sweden, Keer’s mural is a commentary on the fragility of life.

“Life is as fragile as a teacup,” Keer told My Modern Met. “I want to show that your life can be turned upside down in an instant. You could lose a loved one. Or your home. That’s why, on the teacups, I painted all kinds of doomsday scenarios.” From oil spills to melting glaciers, each teacup is decorated with a scene that explores some of the difficulties our planet is facing. At the top, the last cup is about to tip over and bring down the entire stack.

To complete the story of the artwork, Keer collaborated with augmented reality designer . By scanning the mural with the , the teacups actually shatter thanks to a special animation. The incorporation of this technology was a new challenge for Keer, as it required him to perfectly match his painting with the 3D animation.

As a street artist, Keer is not only attentive to the technical aspects of his work but also integrating his art with the community. For this reason, the teacups he selected weren’t painted in just any style. Rather, they’re based on Rörstrand ceramics. This Swedish brand has been in business since 1726 and was instantly recognizable to locals. This left them with something familiar, but something that would also make them ponder the future.

Shattering is a new 3D mural by street artist Leon Keer in Sweden. 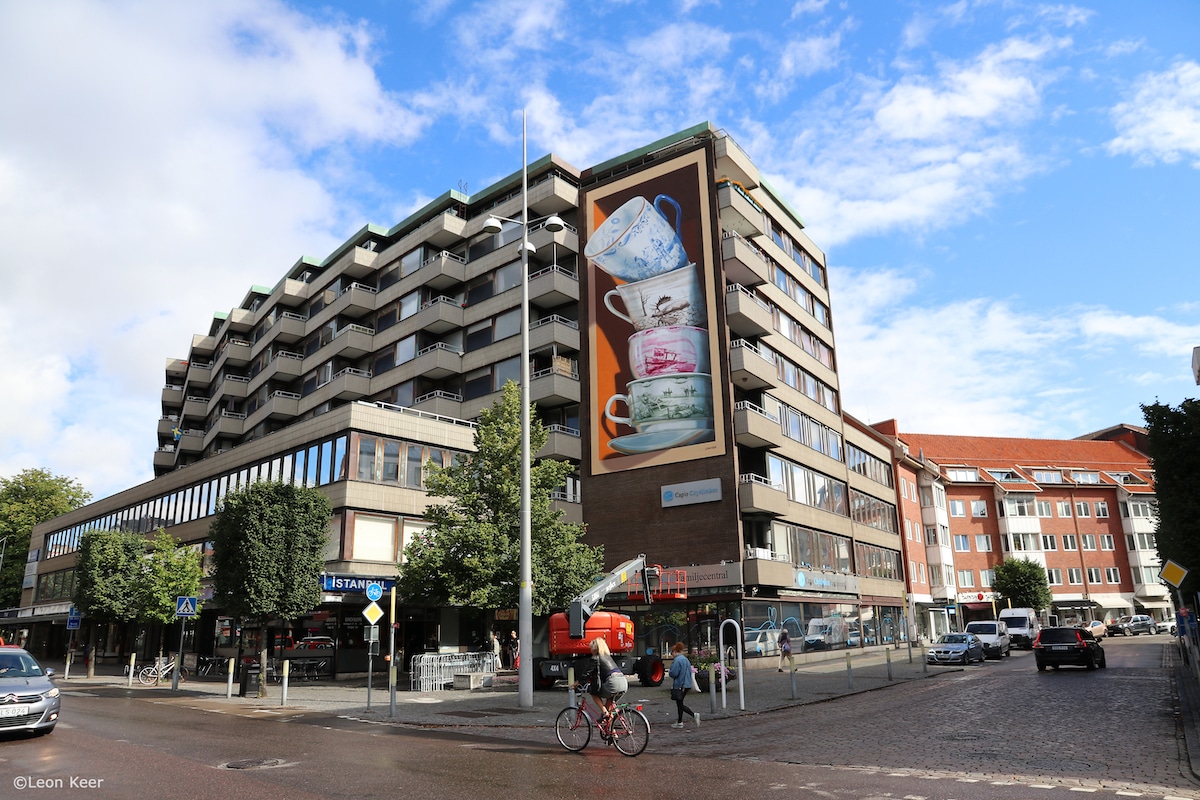 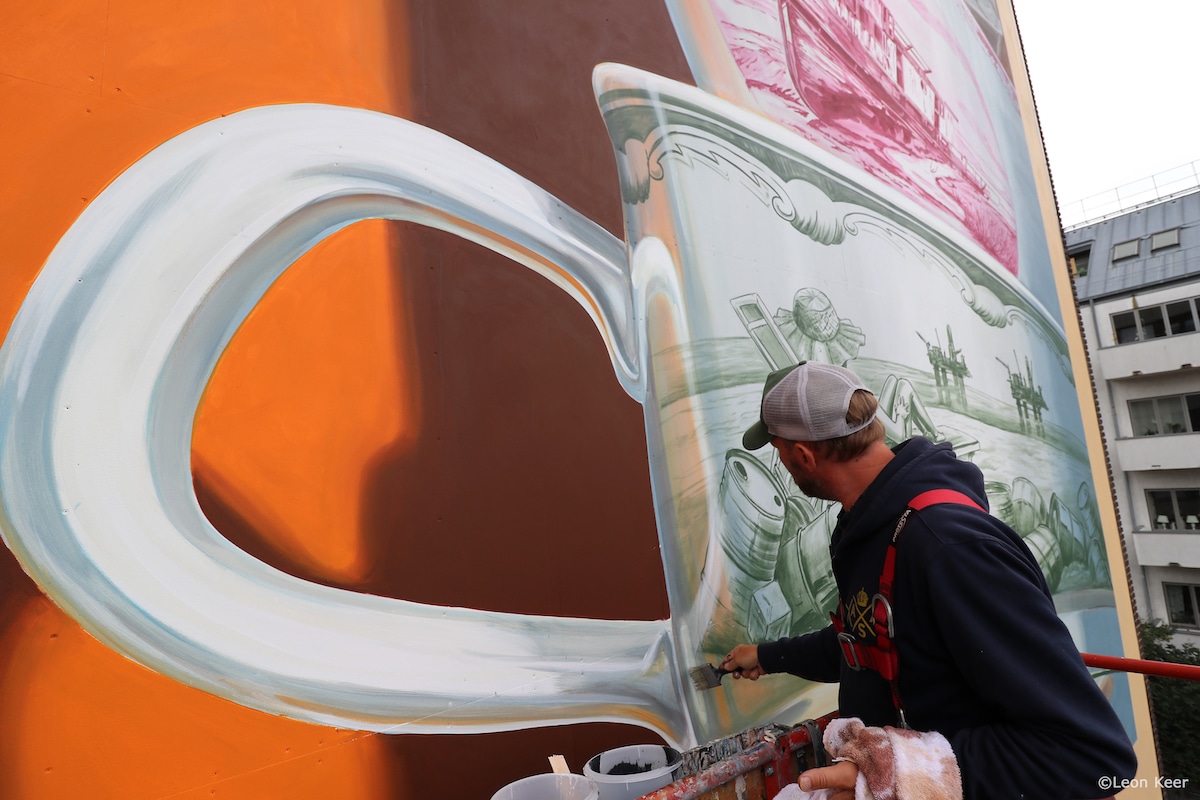 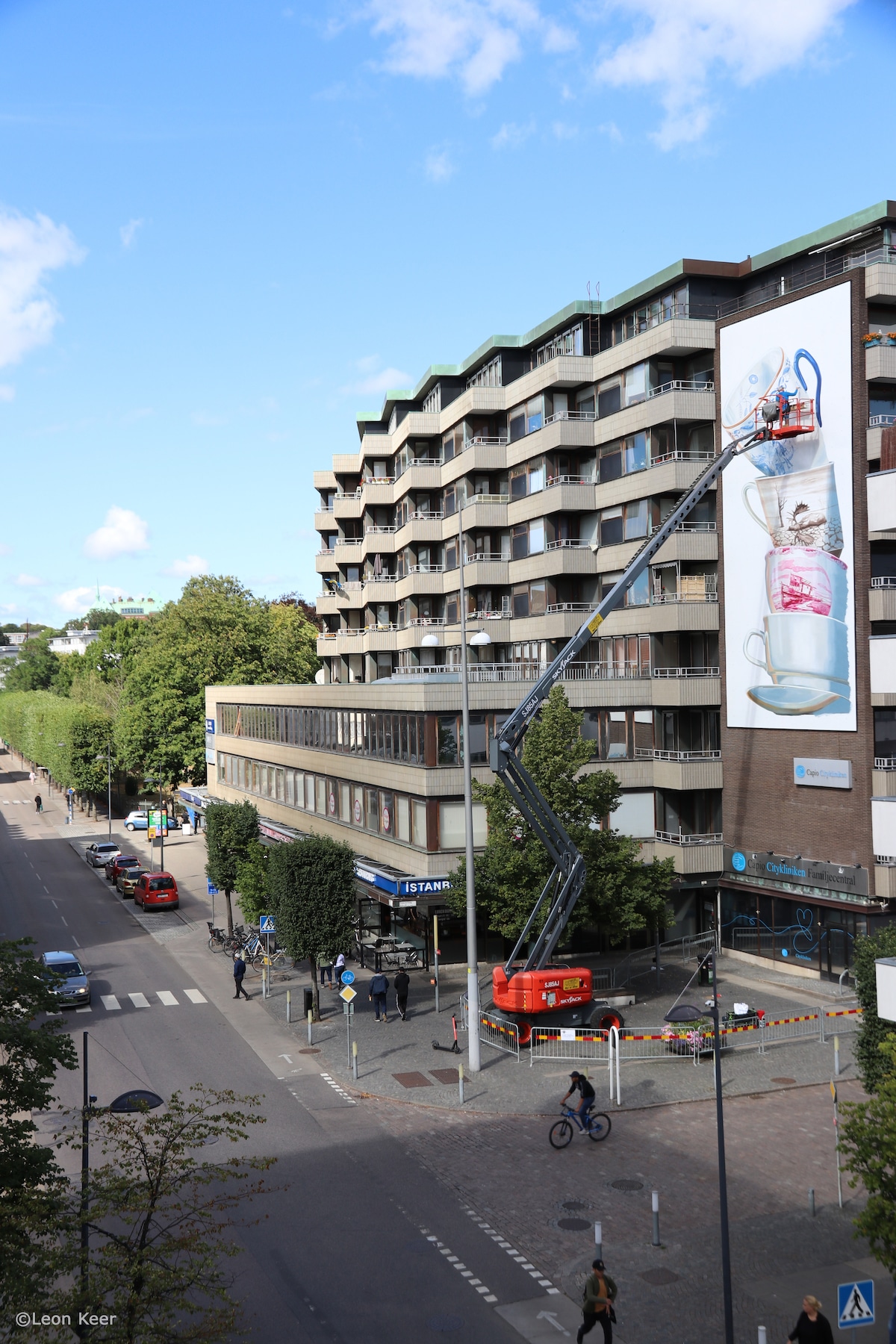 Each teacup is painted with a scene that circles back to the fragility of life. 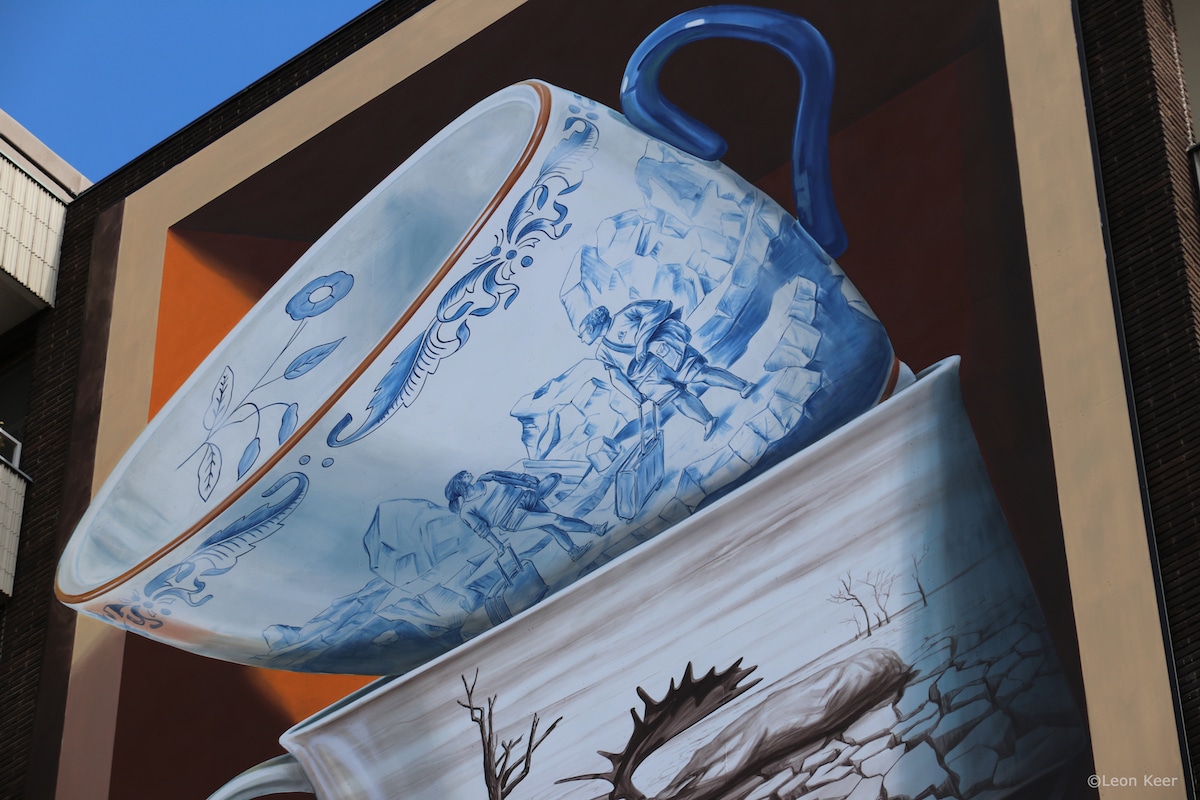 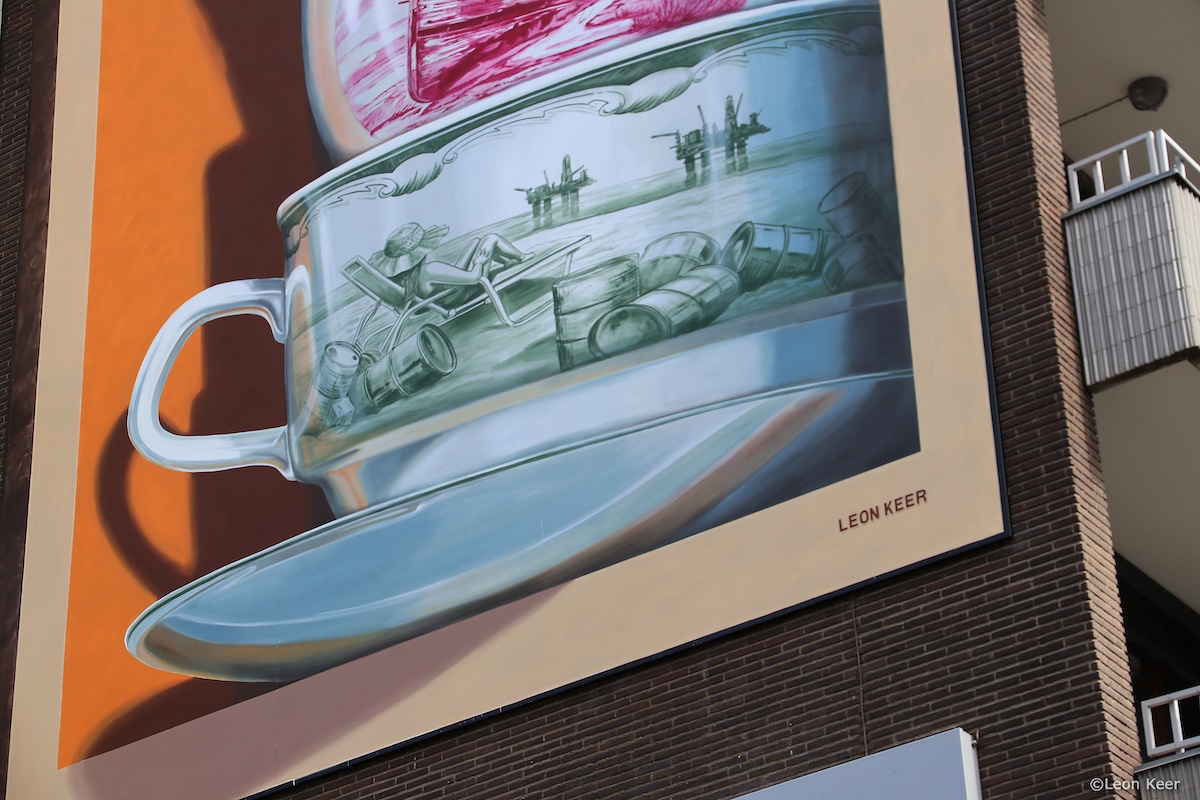 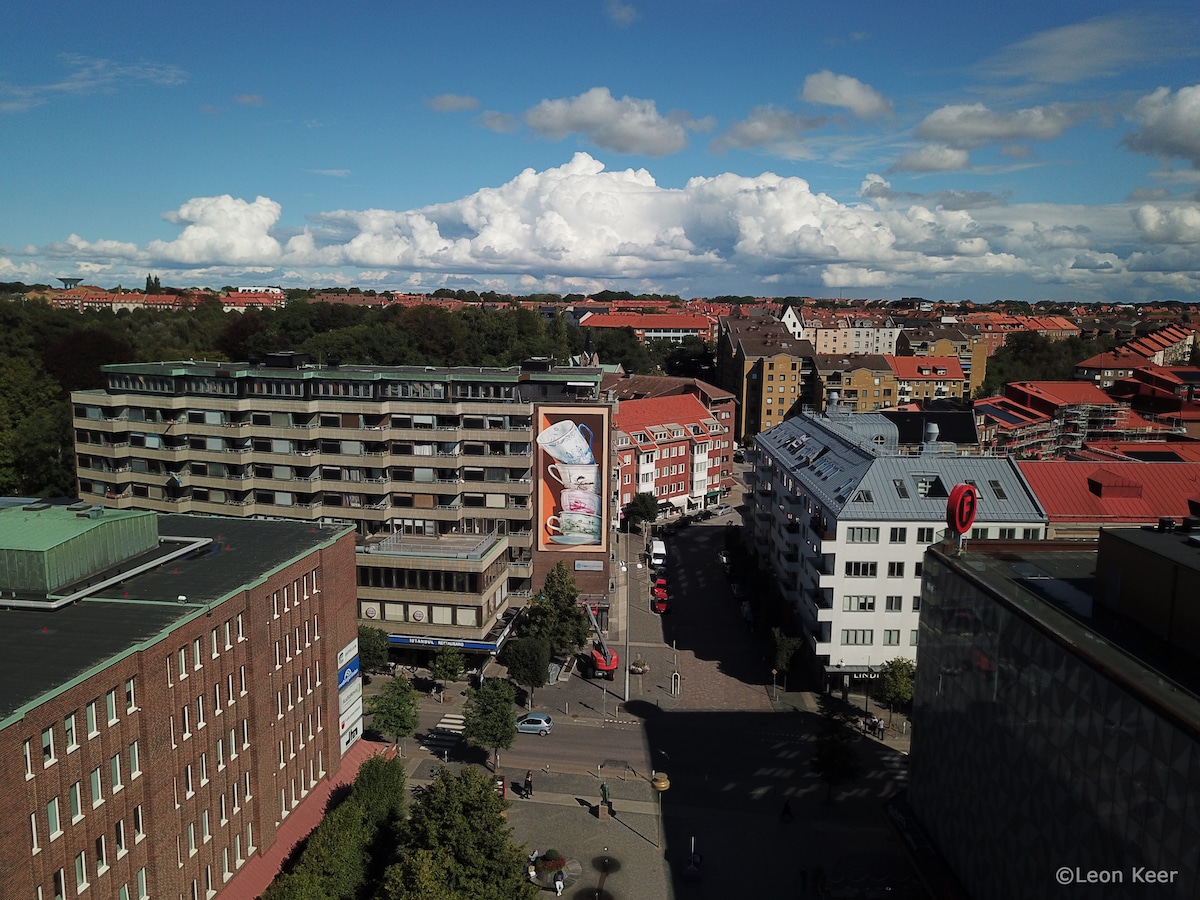 Using a special app, viewers can scan the mural and see it come to life with augmented reality.

See how the artist made this incredible piece of public art come to life.