80 Years of Eames Design Legacy Celebrated in a Tokyo Exhibition. 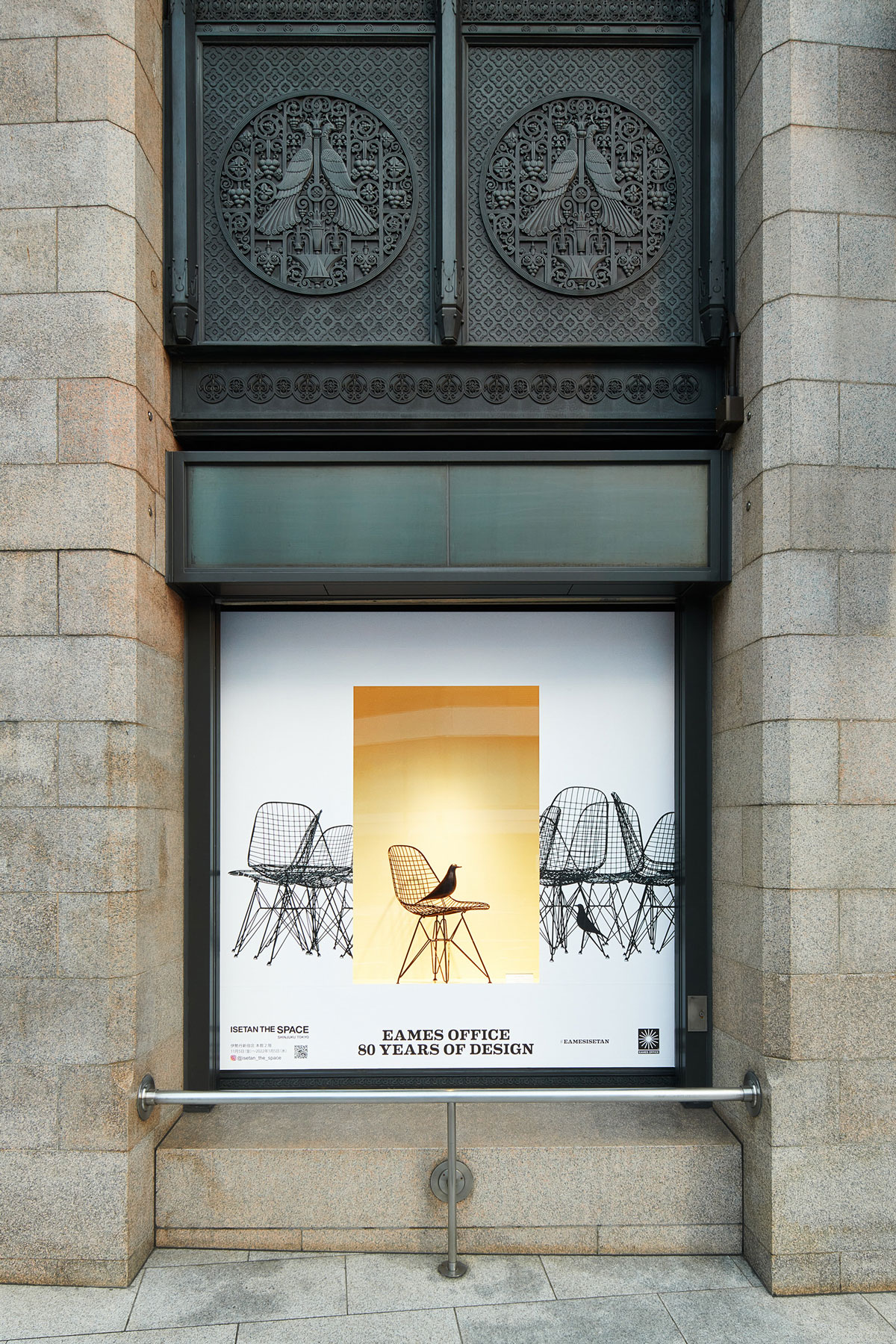 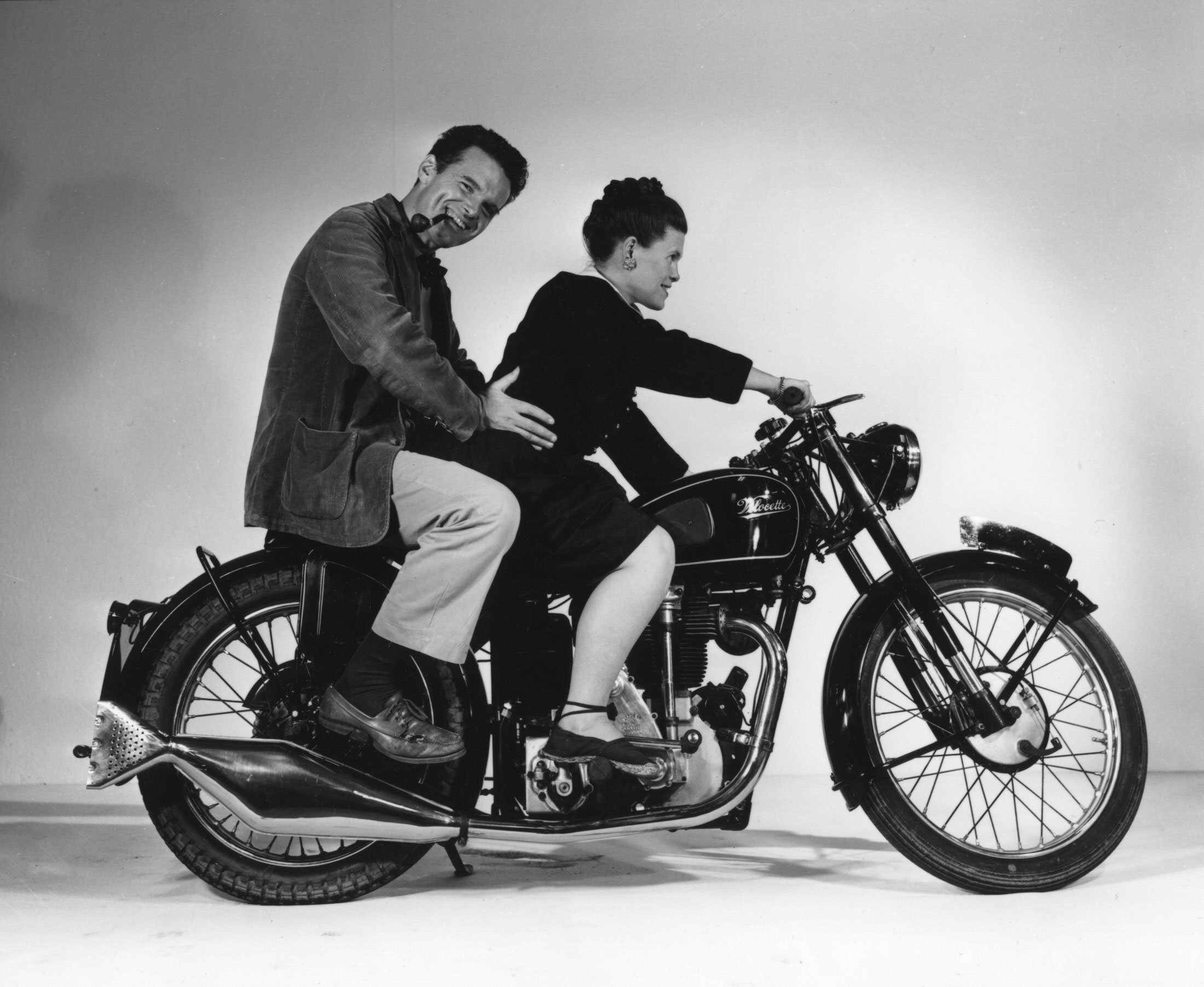 Charles and Ray on a Velocette motorcycle, 1948. The formative years after marrying, moving to Los Angeles, and beginning the work of the Eames Office in 1941 would serve as an intense creative incubator for Charles and Ray. Charles’ rich experiences in architecture, photography, art, filmmaking and his time in Mexico had led to two years teaching design at Cranbrook. Ray’s own artistic practice drew from her years in New York, classes with Martha Graham and, above all, her extended studies and work with painter Hans Hoffmann. This remarkable combination of the two would serve as a fertile foundation for their new creative life together. As their friend, designer Ben Baldwin said, “They had talents in different directions, and yet somehow the same direction.” 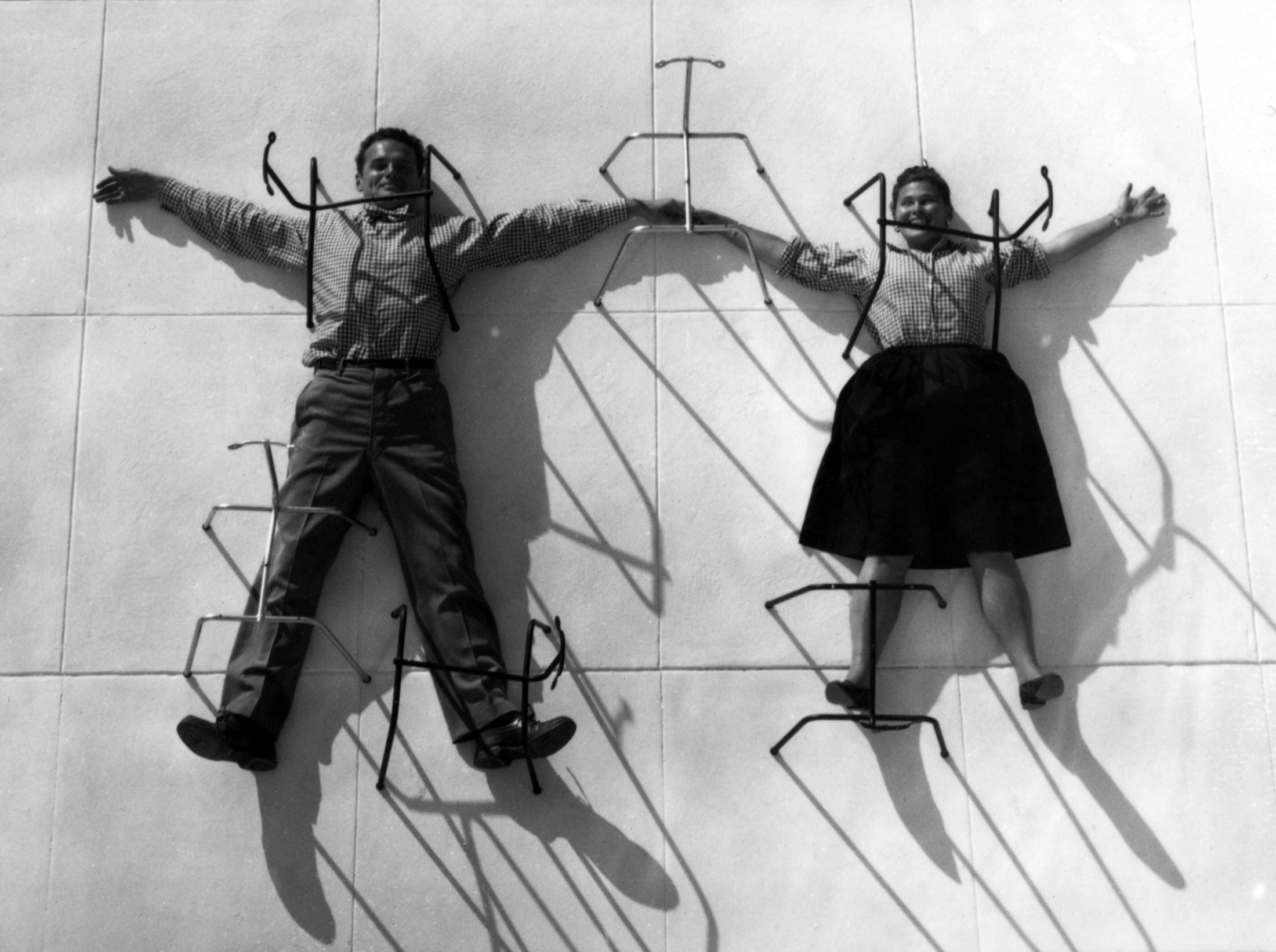 Charles and Ray pinned by DCM chair bases on the sidewalk outside of the Eames Office shortly after a Herman Miller advertisement photoshoot, 1947. Photo © Eames Office. 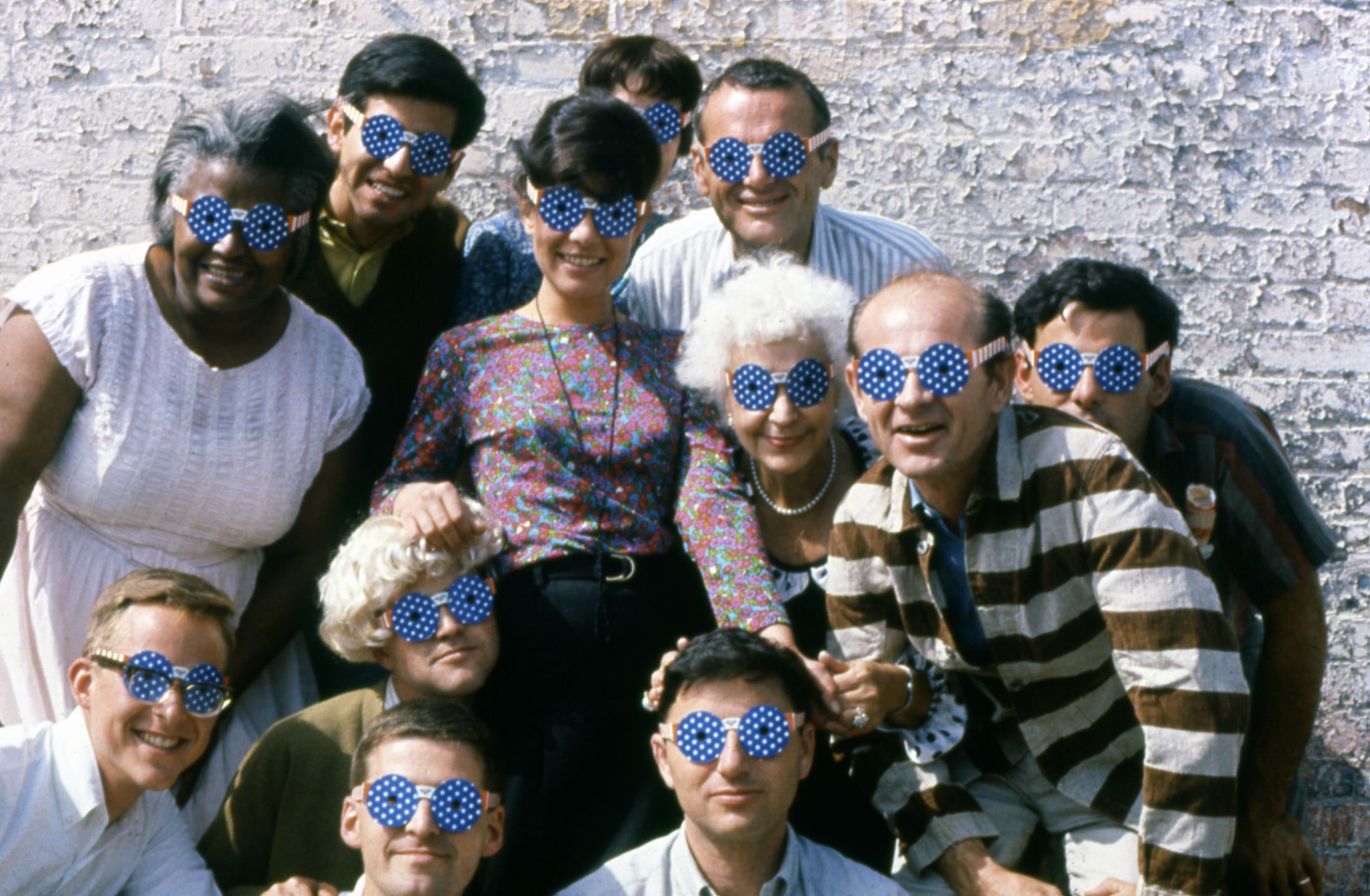 Charles and the Eames Office staff celebrate the Fourth of July with glasses made by Deborah Sussman, 1965. Photo © Eames Office. 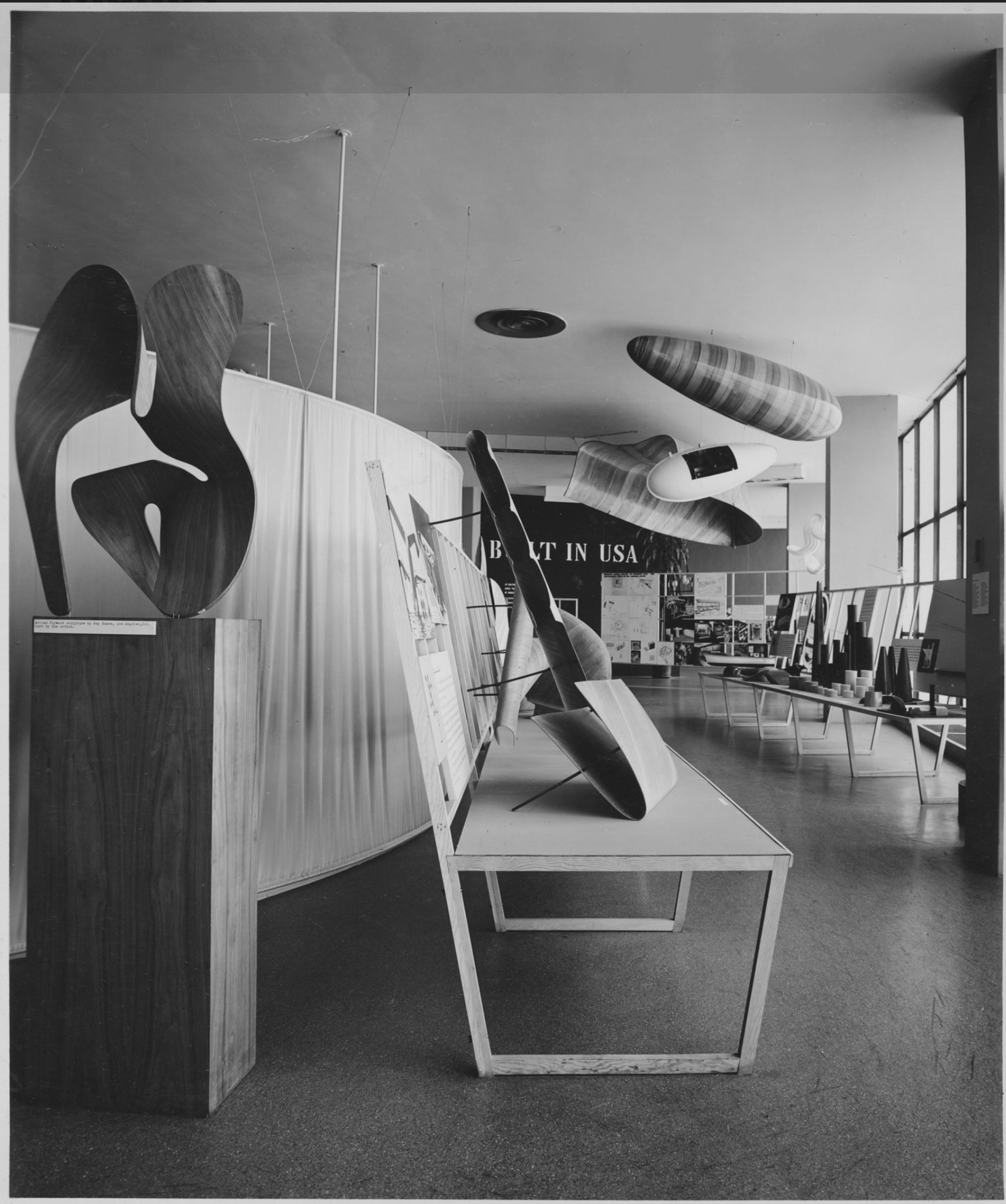 Installation of the “Design for Use” exhibition at MoMA, showcasing the Eames moulded plywood output. Photo © Eames Office. 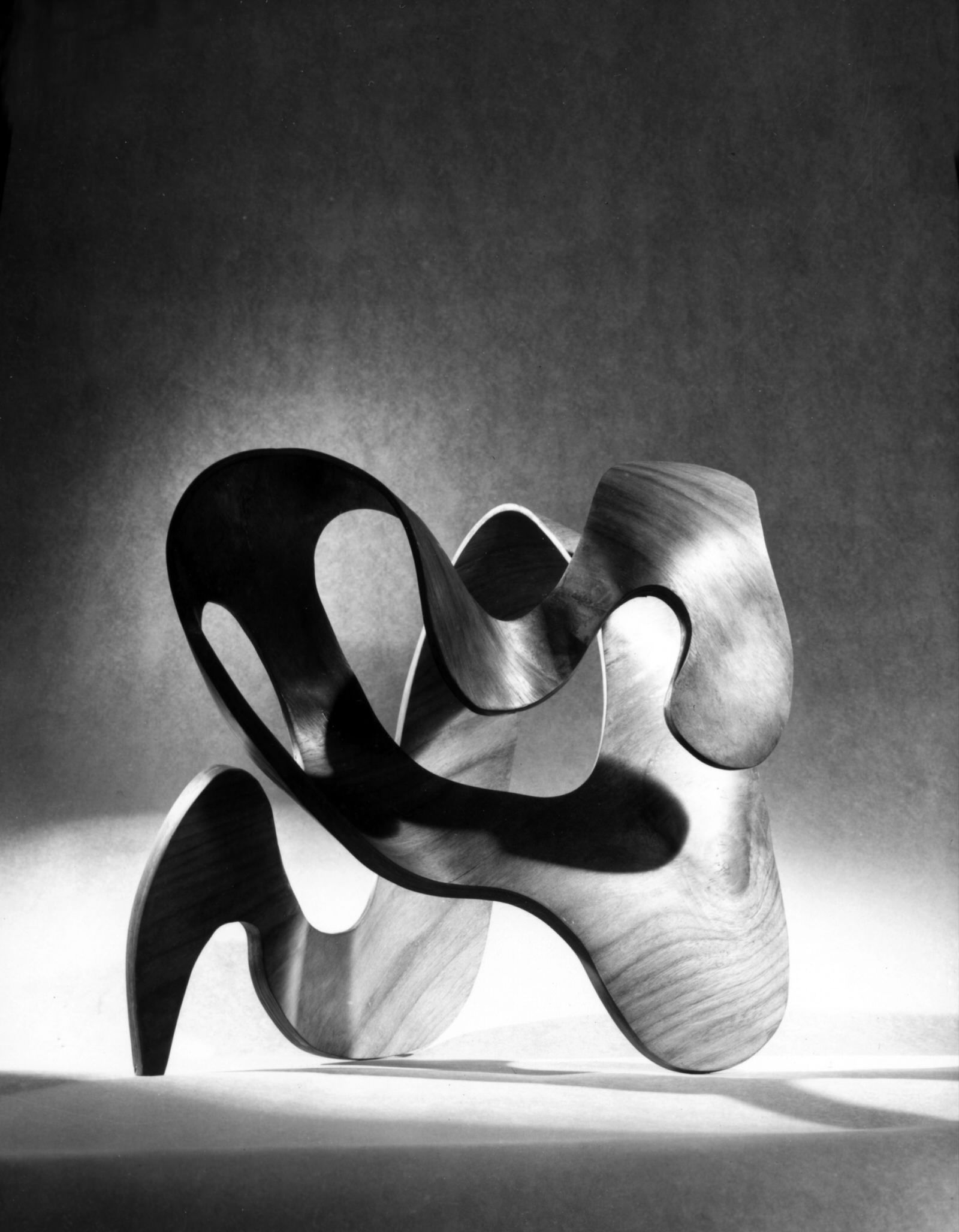 The first of two compound curve plywood sculptures created by the Eameses in 1941-42. Photo © Eames Office. 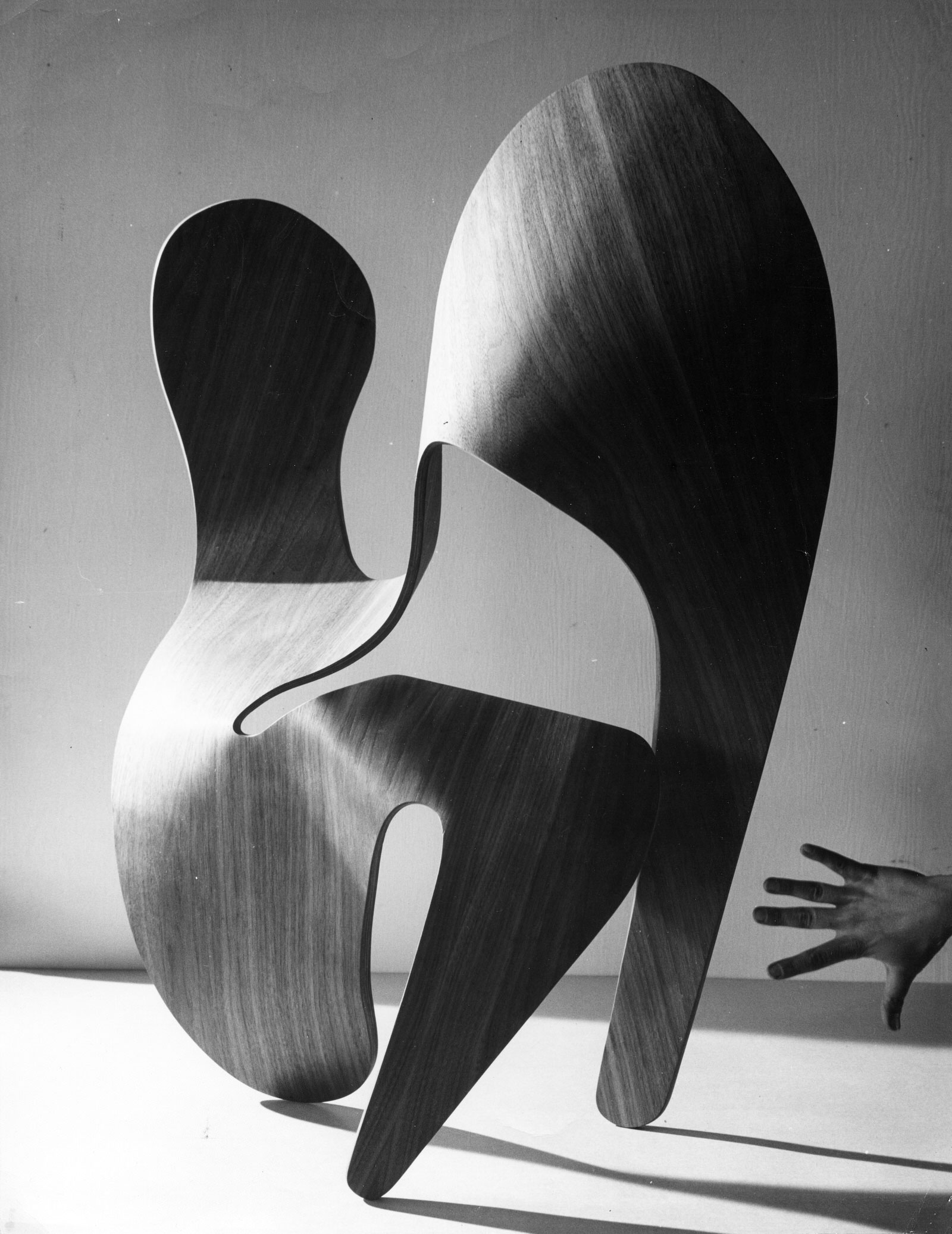 The second of two moulded plywood sculptures, created in 1942, with a hand to denote scale. Photo © Eames Office. 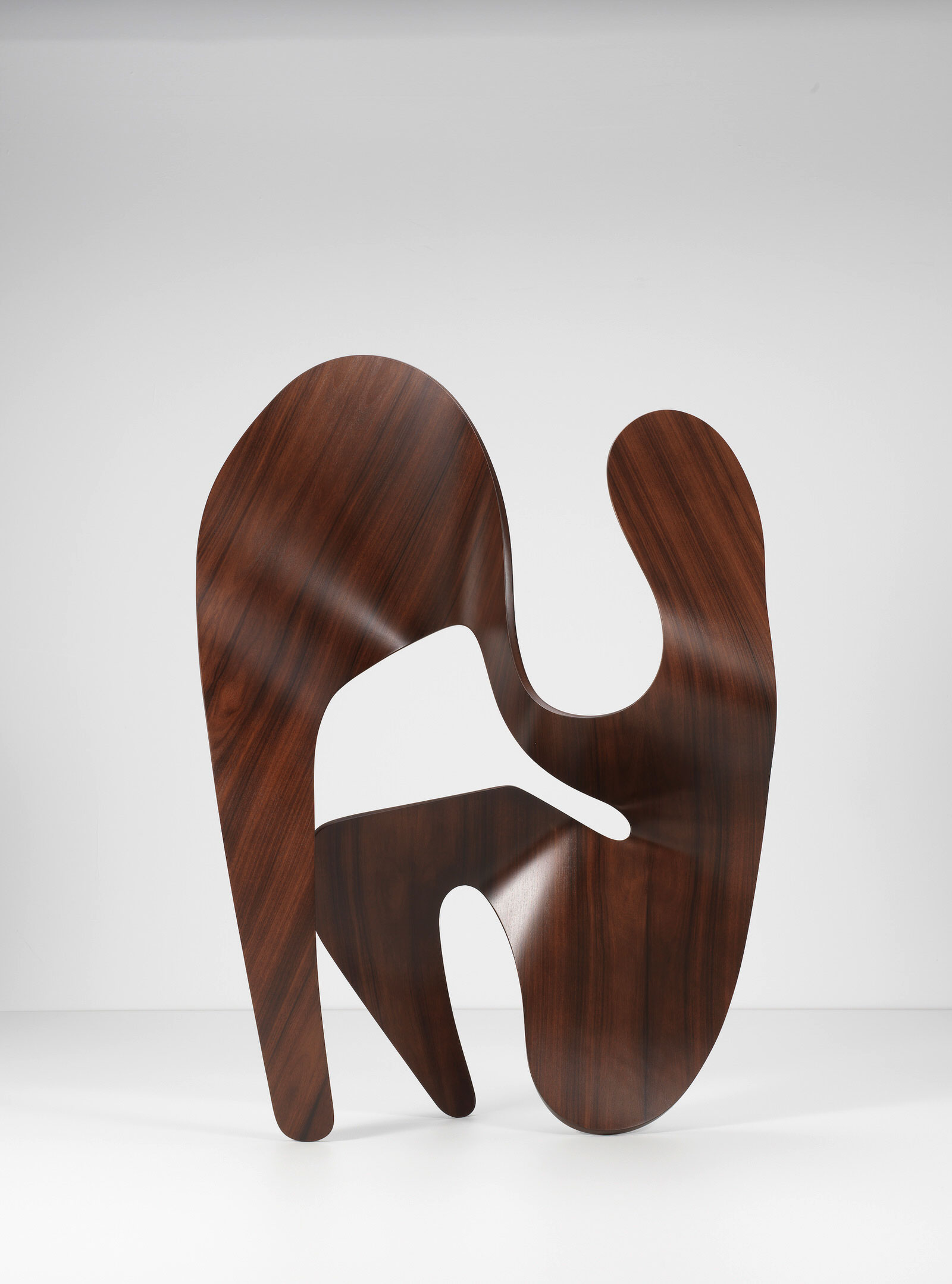 The Eames Molded Plywood Sculpture, created in 2021 from archival drawings, notes, and a detailed scan of the original sculpture of 1942 by Charles and Ray Eames. Photo: Marc Eggimann. 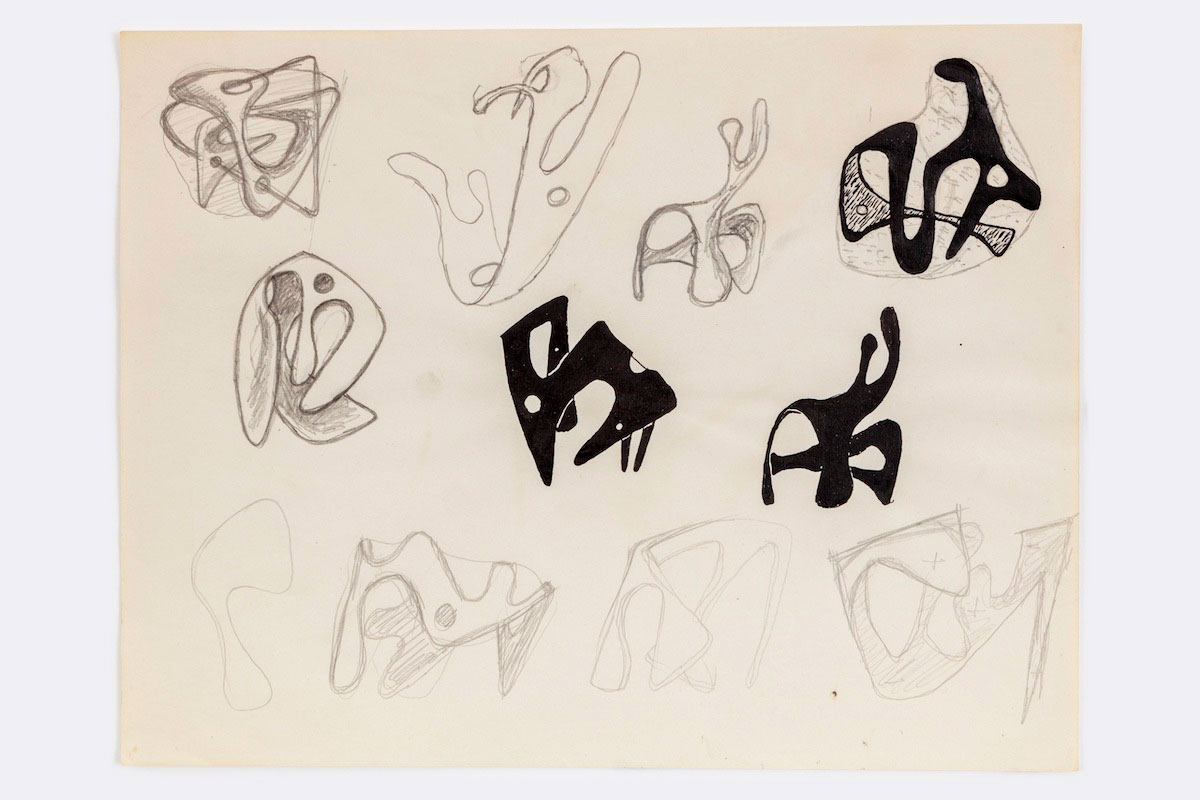 A series of sketches of sculpture-related forms by Ray Eames. Photo © Eames Office. 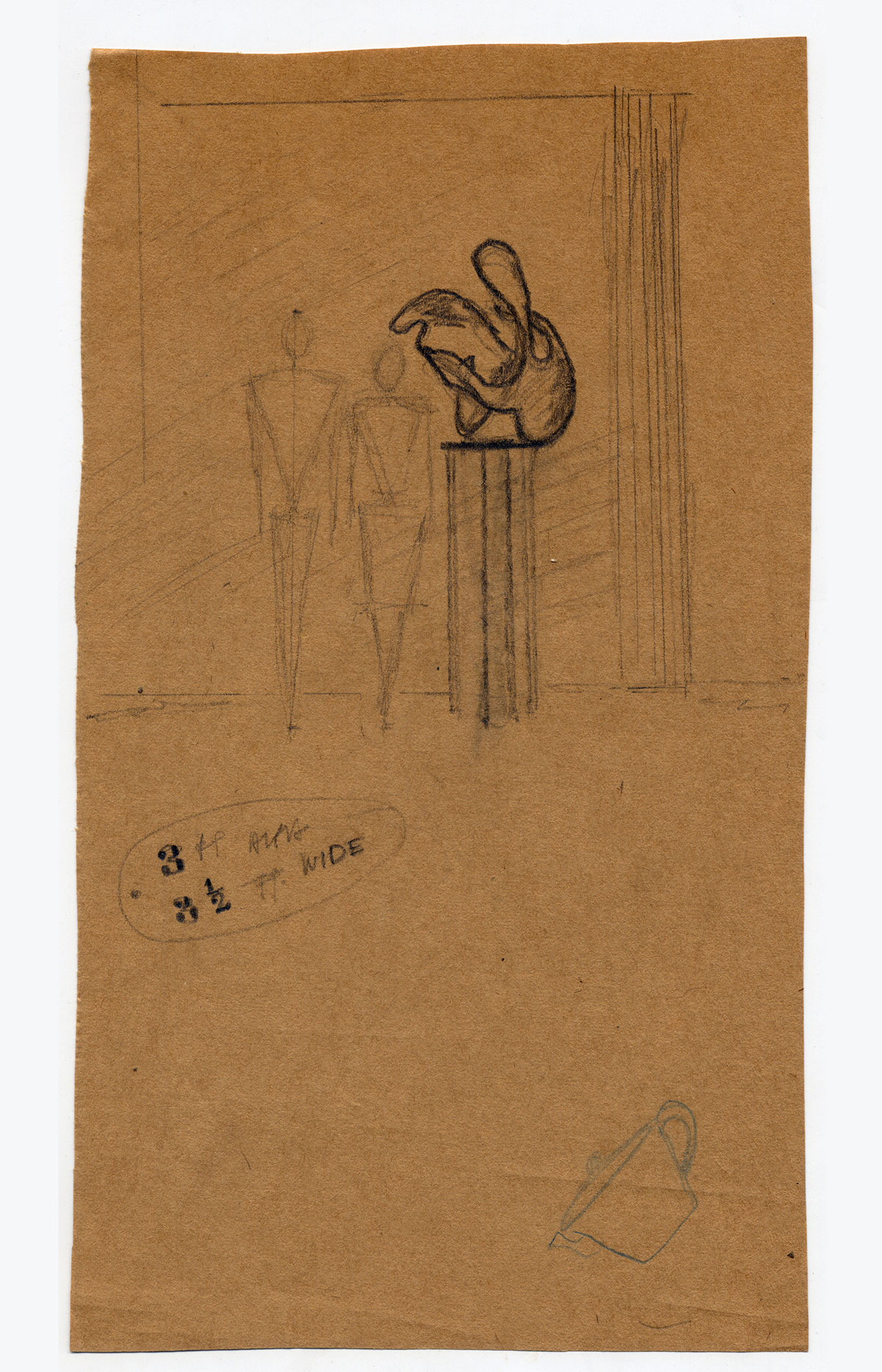 A sketch by Ray Eames of the human-to-sculpture ratio for an exhibition in 1943. Photo © Eames Office. 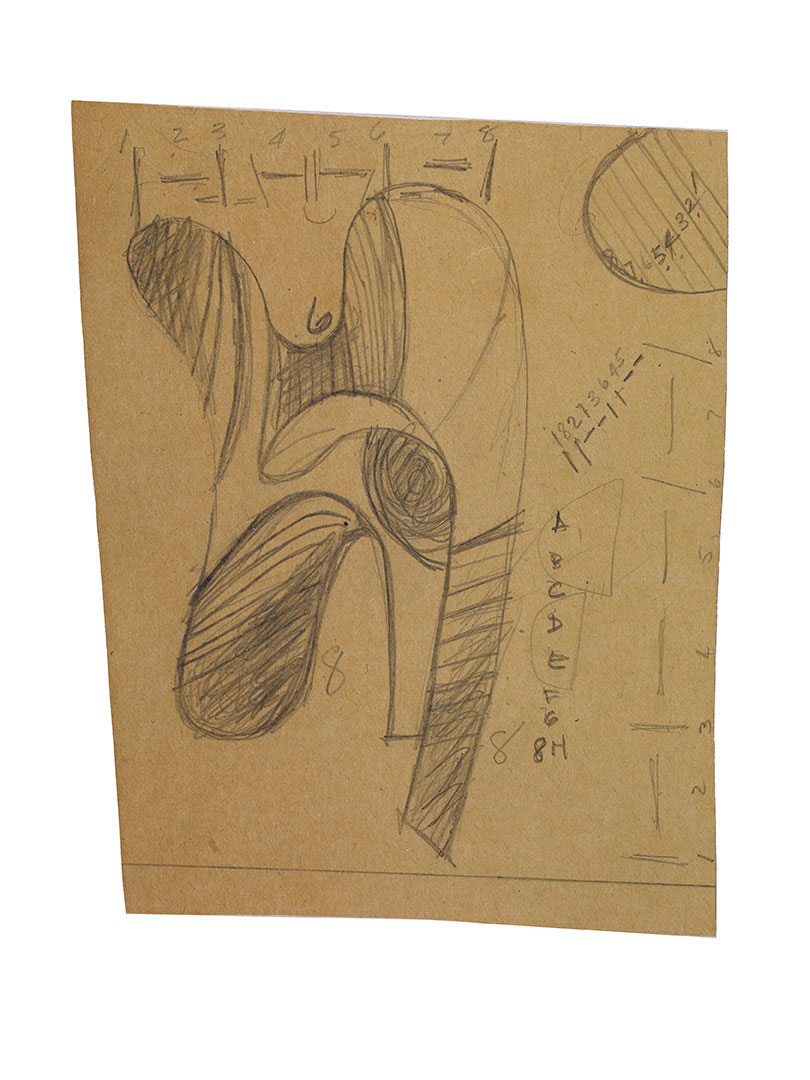 A sketch of the moulded plywood sculpture, including coding for the various layers of plywood veneer, 1942. Photo © Eames Office.

One of the most enduring figures of 20th Century design, and partners in life and work, ’ impact in architecture, furniture and interiors is still felt today, some 80 years after the establishment of The Eames Office in 1941. To celebrate this epic milestone, the Eames Office presents ‘80 Years of Design’, an exhibition at Isetan’s gallery for modern and contemporary design in Tokyo, Japan.

The studio has had a formative partnership with Isetan, the iconic Japanese department store, that dates all the way back to 1961. From their first trip to Japan in the 1950s, to an ongoing exchange of ideas with some of the 20th century’s most well-known Japanese designers both in Japan and in Los Angeles, Charles and Ray drew inspiration throughout their career from the country’s approach to both tradition and modernity. Voracious adventurers, Japan’s impact on their worldview and work has had a profound impact. 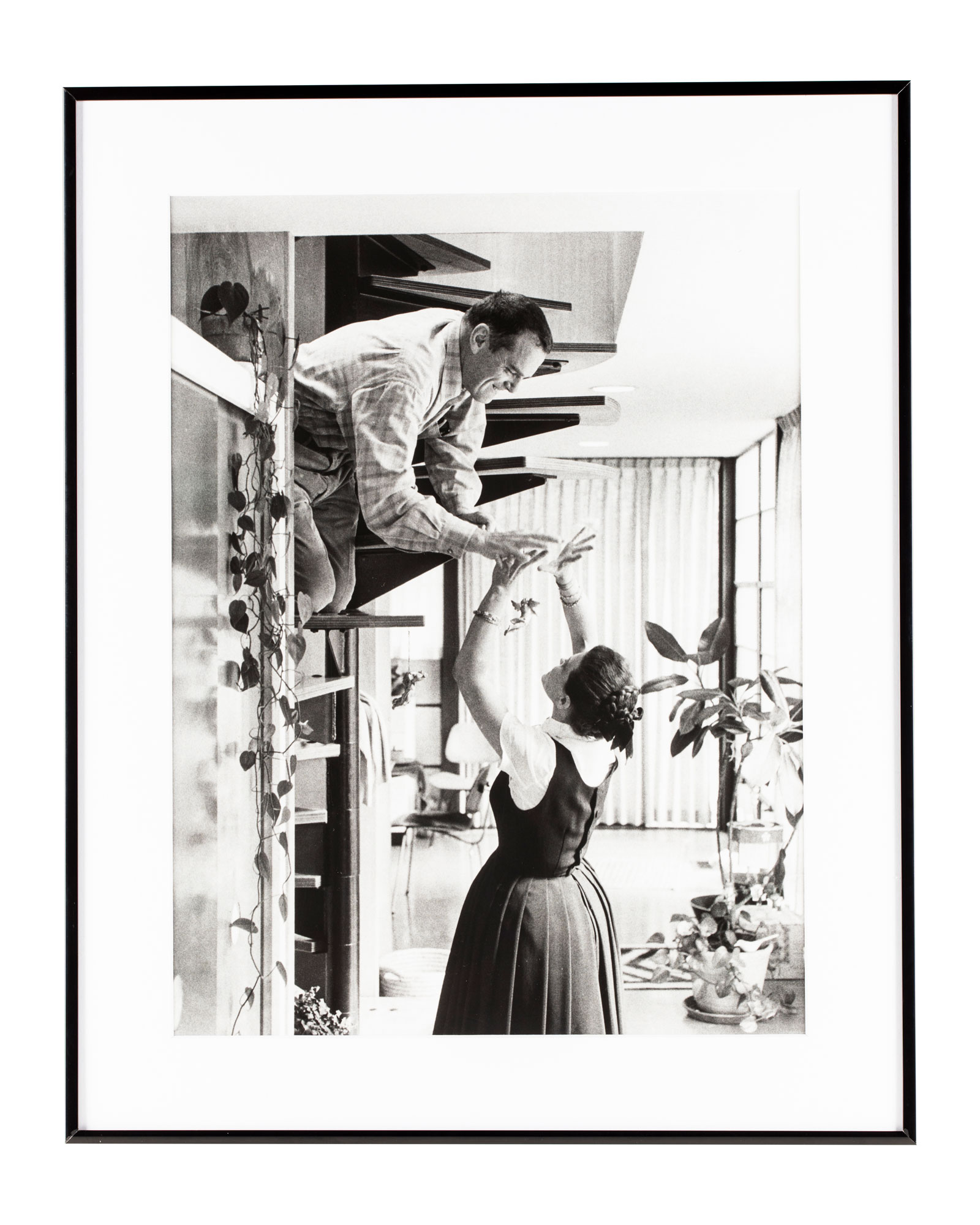 Art print by Charles & Ray Eames depicting Charles and Ray inside the home they designed, built and shared together for 29 years — the Eames House in Los Angeles.

A series of art prints from Charles & Ray Eames, featuring photographs from the Eames house in 1955, as well as a series of abstract artworks based on an oil painting which Ray made for Charles two years after pair married. 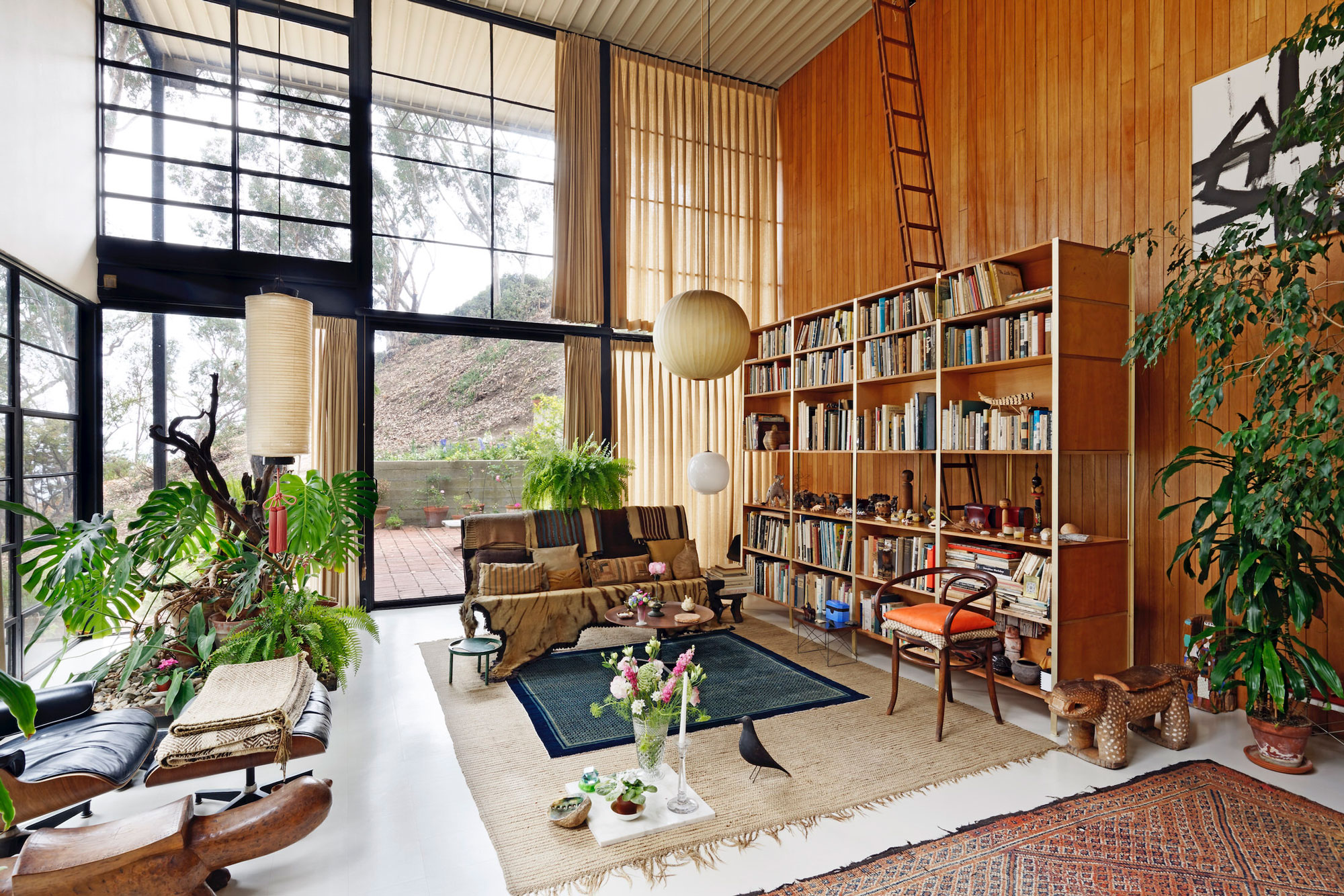 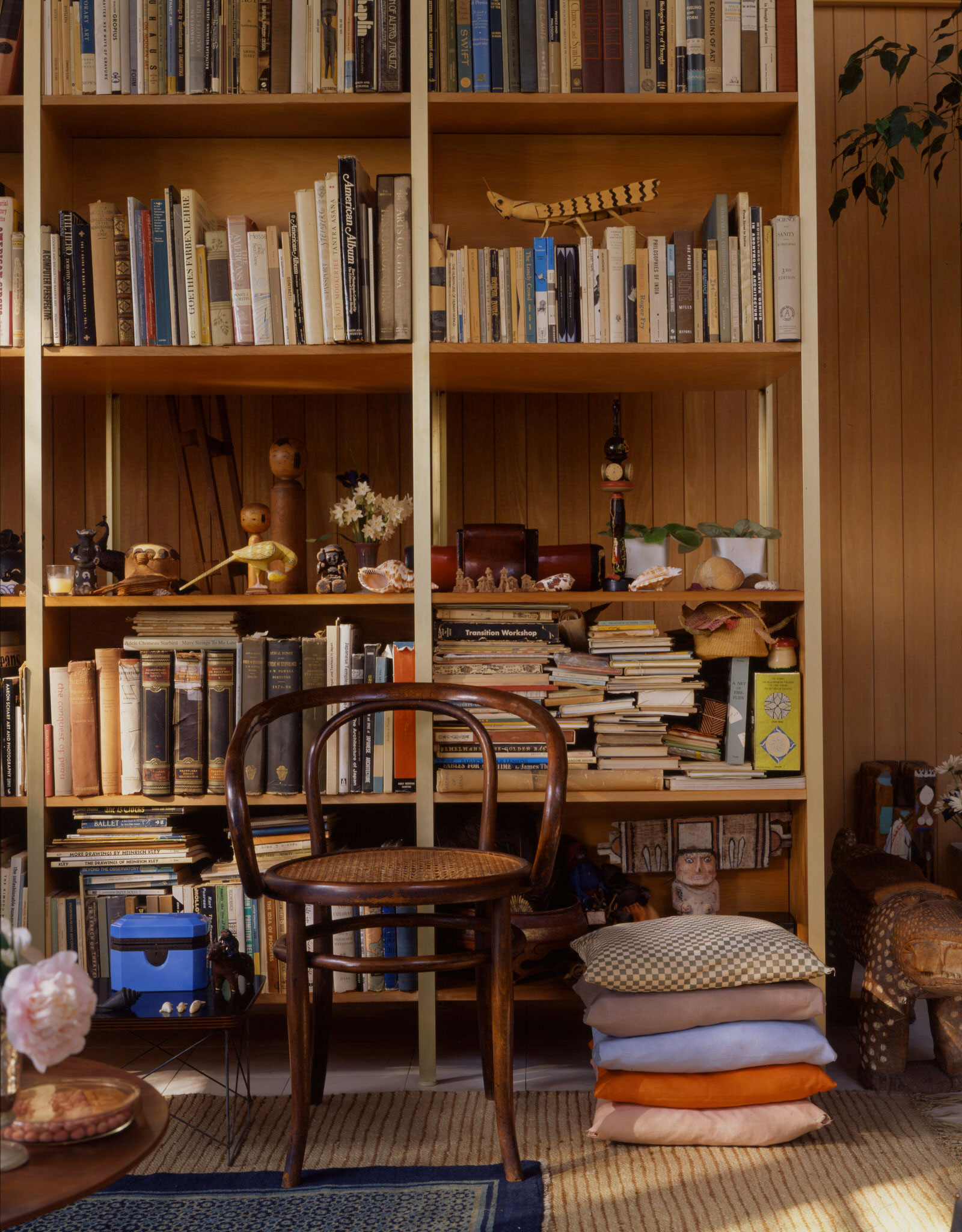 A one-of-a-kind Eames-designed bookshelf in the living room of the Eames House, filled with the personal collections of Charles and Ray. Photo: Timothy Street-Porter, 1994. 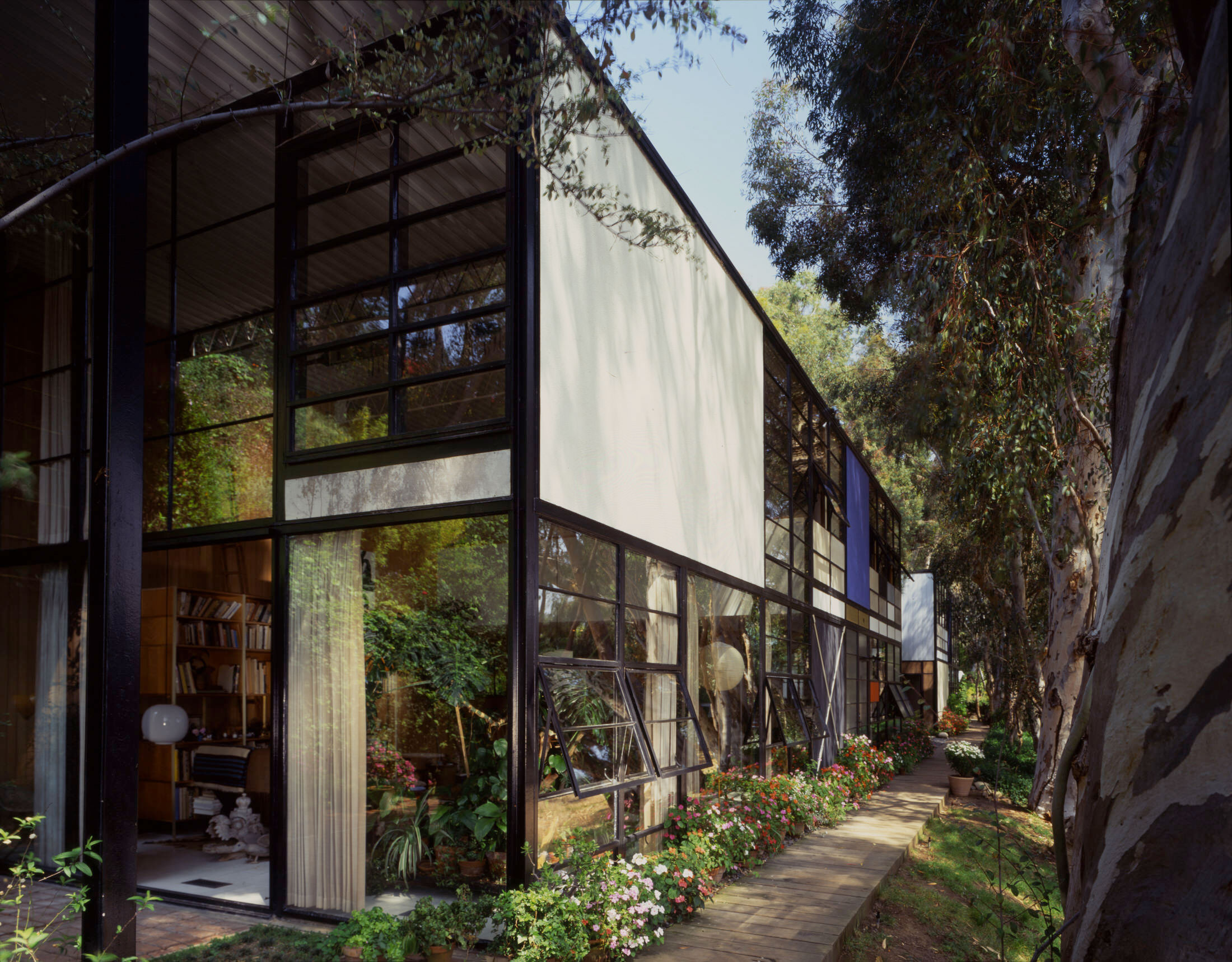 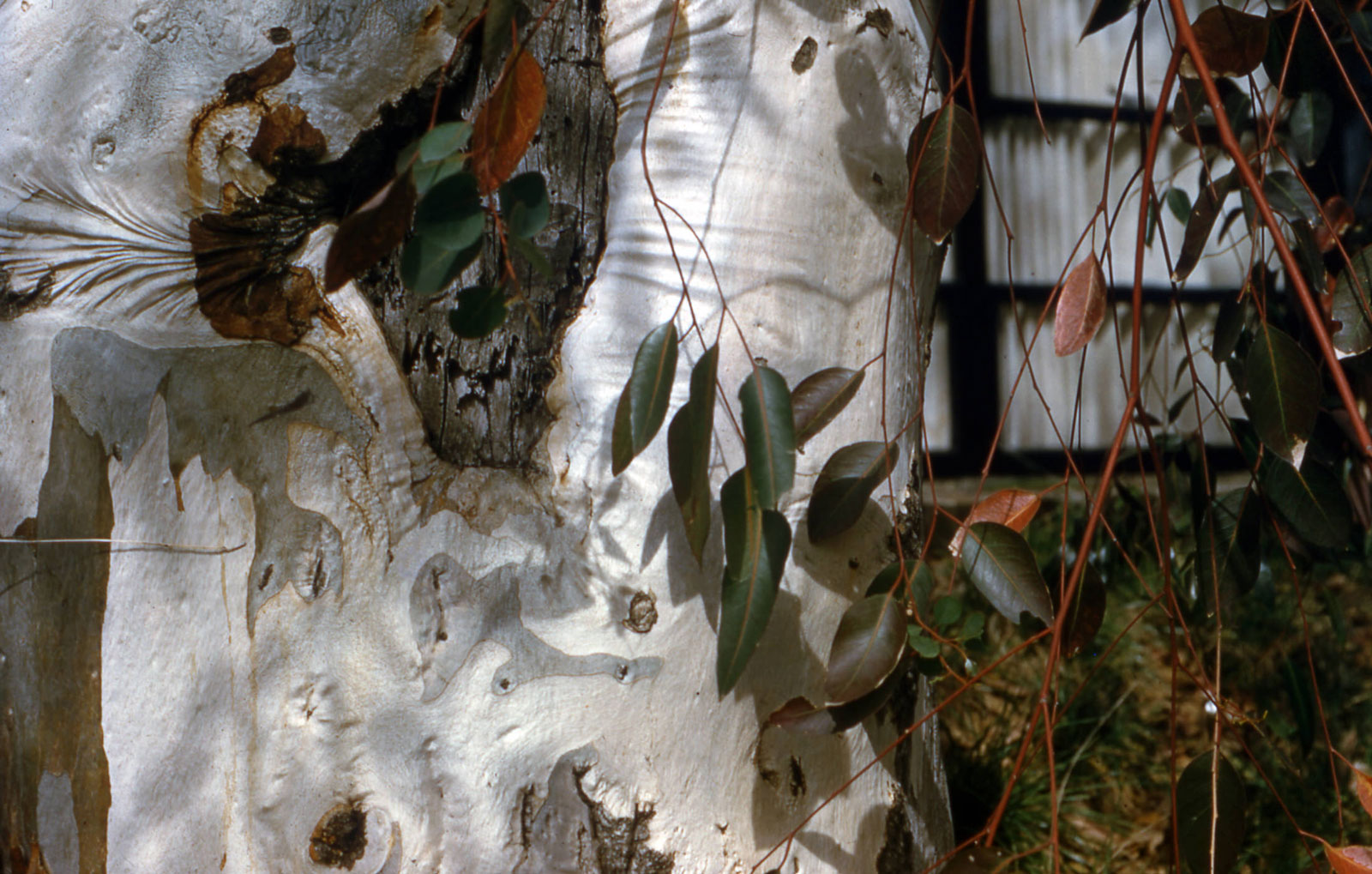 A still from the 1955 Eames film “House: After Five Years of Living”. 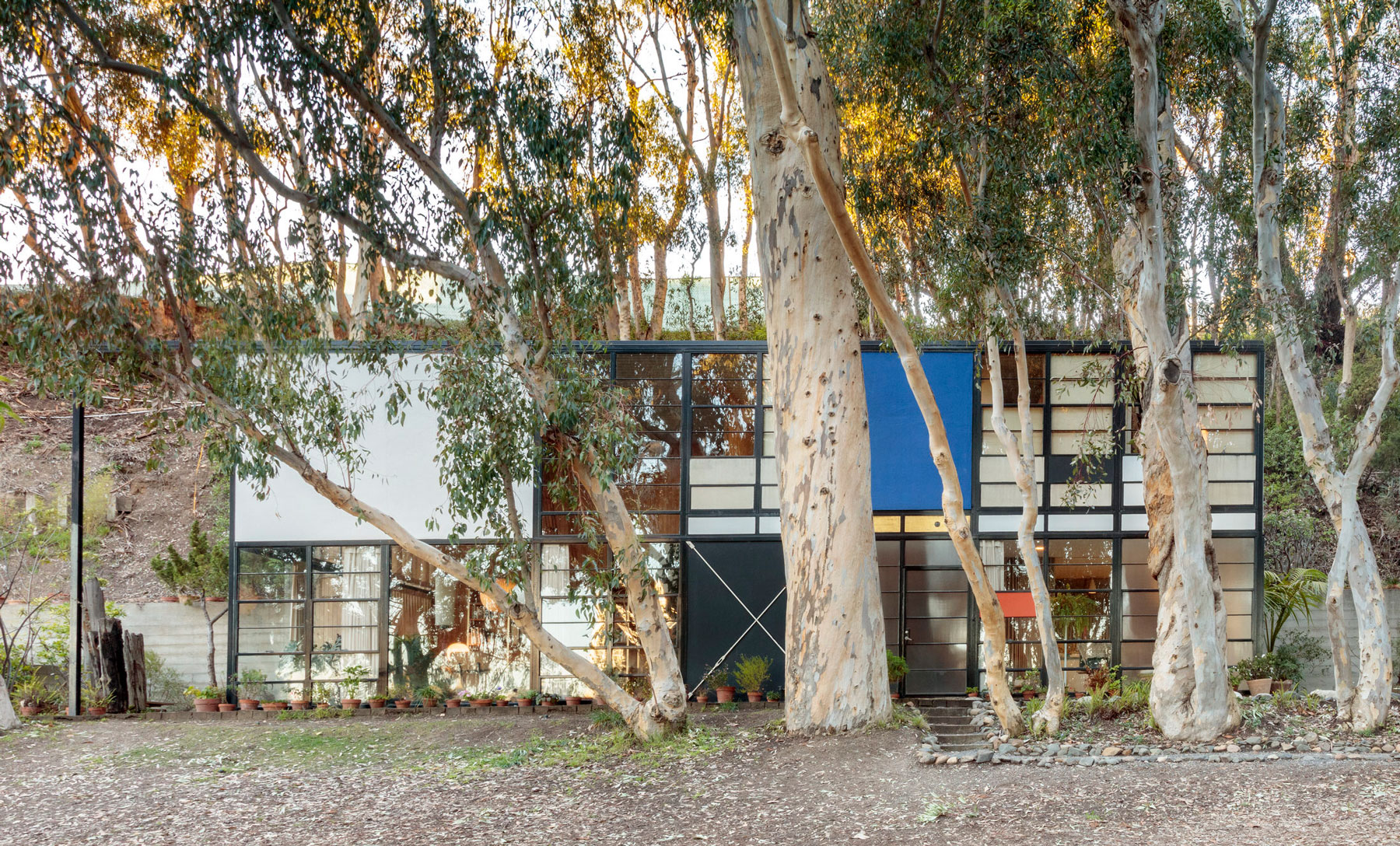 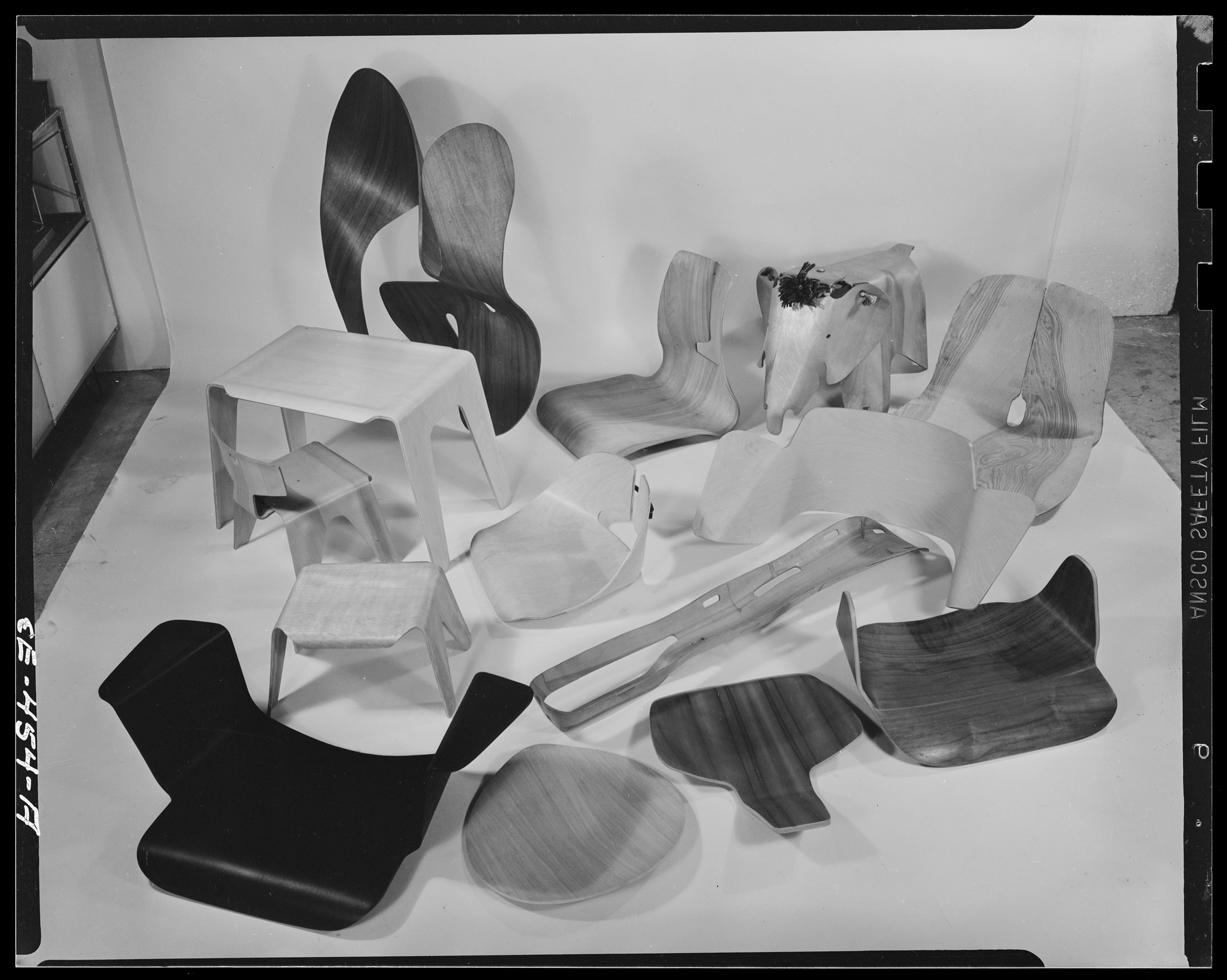 A collection of moulded plywood designs and experiments, photographed in the Eames Office circa 1946. Photo © Eames Office.