A long-distance relationship that didn’t last, told through the former couple’s private screenshots 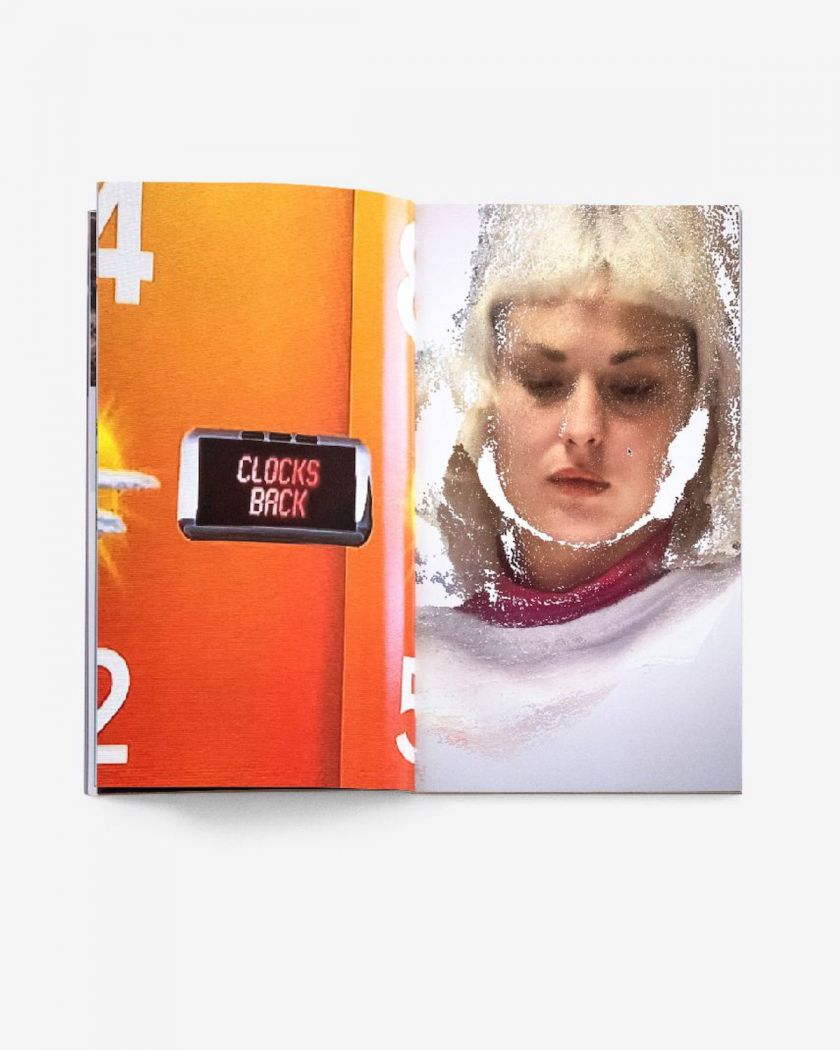 describes her practice as “cloud-based artist” working “at the interface between photography, video and 3D animation”.

While these predominantly manifest as screen-based pieces, her latest work takes a more traditional book form but created through modern means.

The piece, a photo book titled You I Everything Else, touches on her oft-explored theme of identity formation within both virtual, abstract spaces and physical urban landscapes. It’s described as “the chronicle of a correspondence, articulating post-digital romance as an ecstasy of communication.” 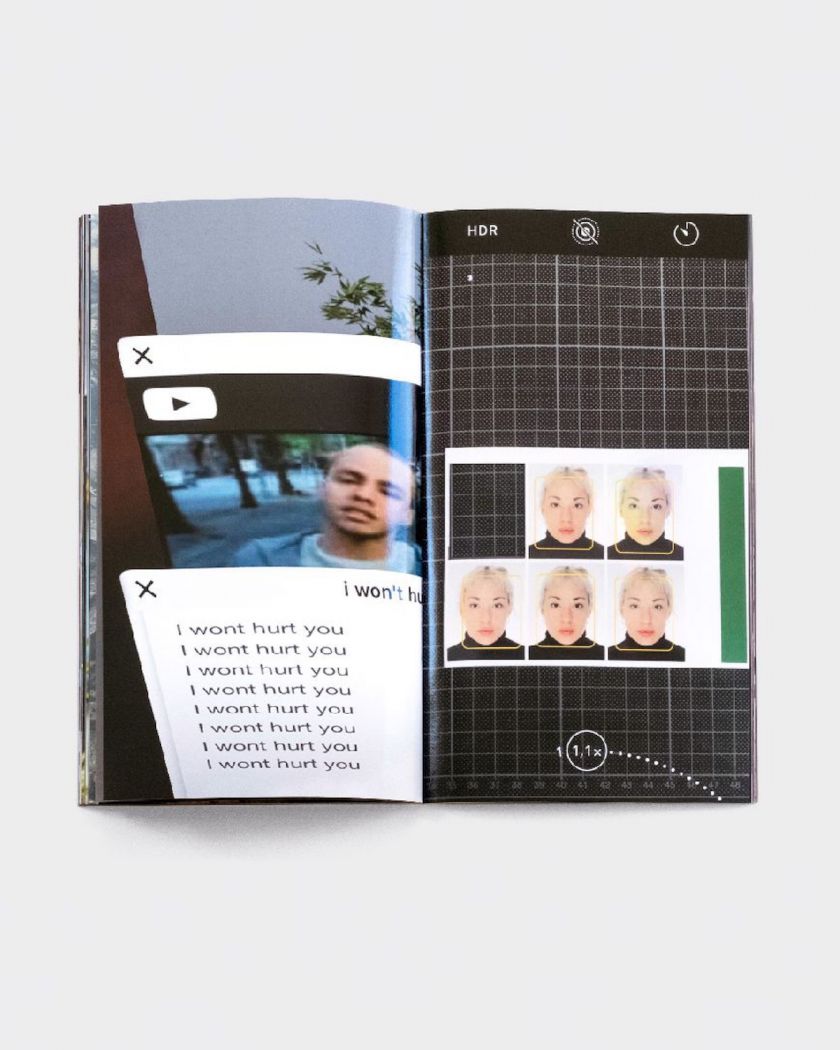 Released with Italian publisher , You I Everything Else presents full-page screenshots captured throughout the course of a relationship between two people, including snippets from private texts, video stills, maps, social media chats, and digital interfaces.

The title is a quote from two Facebook chatbots (Alice and Bob) that were being trained for customer service in 2017, but were turned down by their programmers after they started altering the English language in order to communicate more efficiently with each other, Seeger explains. “What seemingly made sense to them, was incomprehensible gibberish to their programmers. I think in human intimate digital conversations, the same sort of thing happens: we develop these inside jokes and references and symbols that only make sense to the other person but appear to be obscure enigmas to anyone else.” 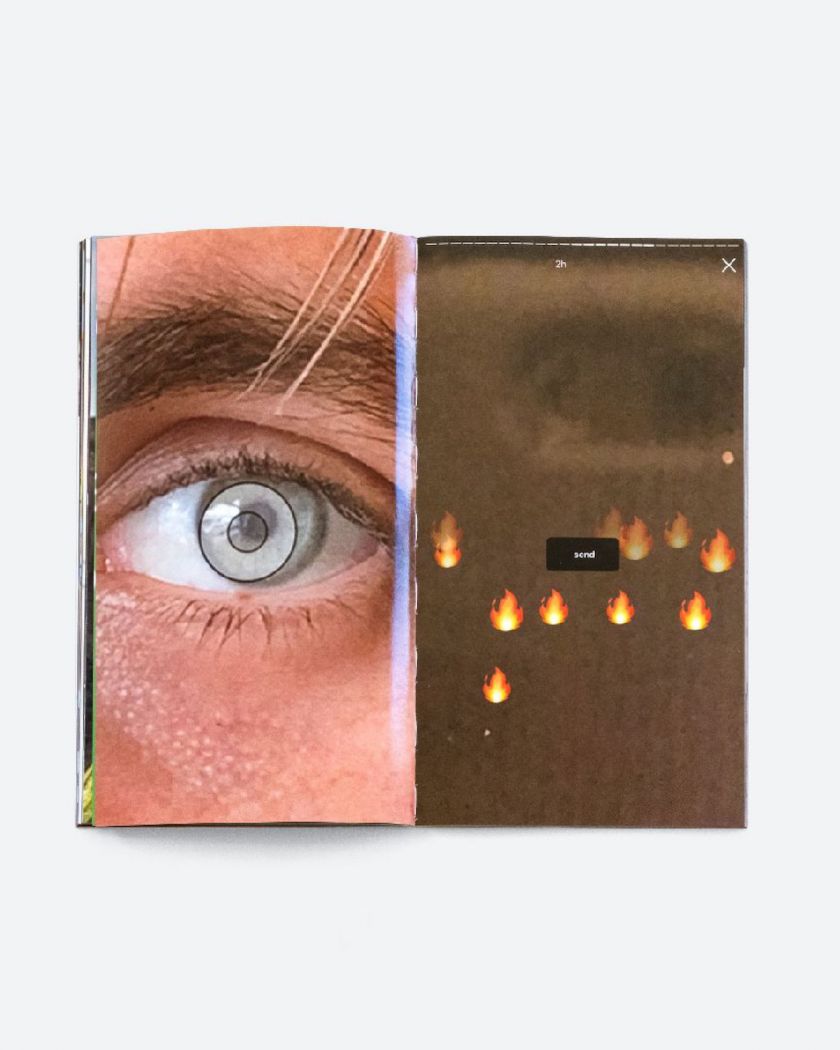 Seeger worked on the project between 2018 and 2020 and tells us it was her “way of coming to terms with the impossibility of a long-distance romantic affair” she was involved in. The book, in its way, was about “trying to maintain a sense of intimacy through virtual communication… Creating a visual syntax and metaphorical language of inside jokes and self-referencing like a code only the two of us would understand,” she says.

“It was all an attempt to bridge the unbridgeable distance between us. Yet instead of being a mere lament on the lack, the absence of the other, this work focuses on the poetic moments of togetherness within our digital correspondence. There is a lot of sadness within this work but it’s positive in the way that it is embracing the limitations and the technology available for their creative potential.” 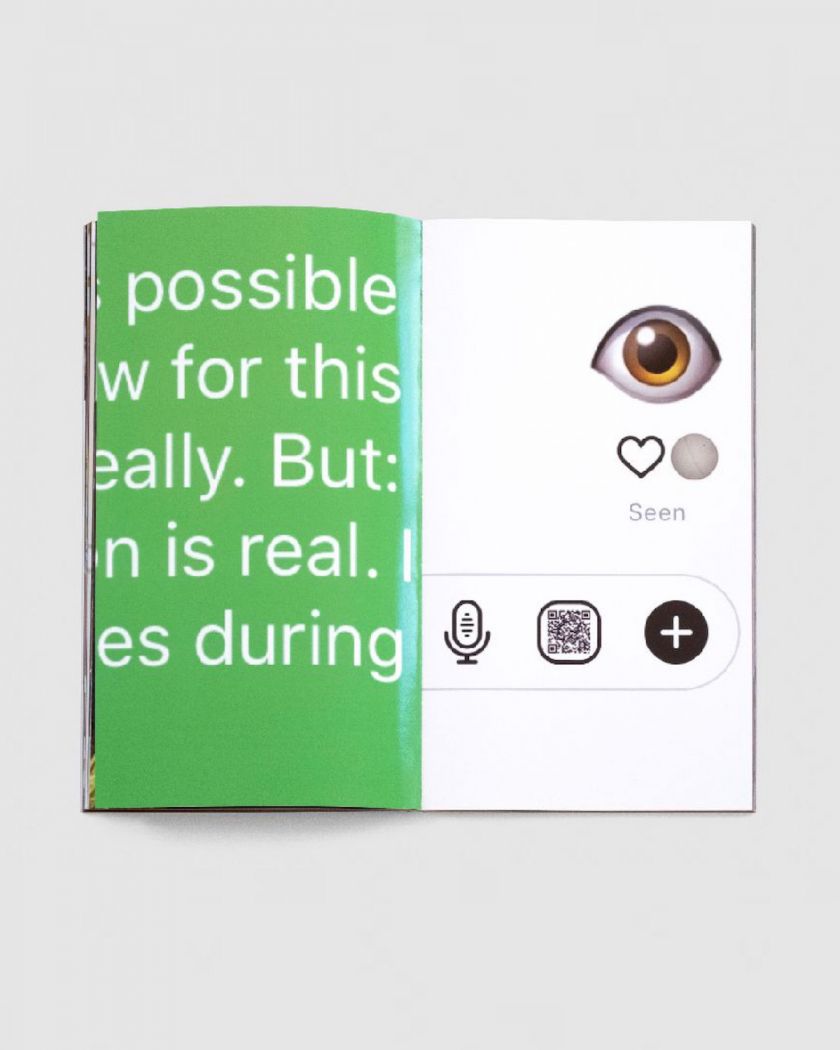 Seeger comes from a traditional photography background, and for her, the screenshot is a way of photographing “inside” digital space: “It feels absolutely natural to me as a photographer to photograph in whichever space I spend most of my time in—and that space happens to be digital.”

While the book was mostly completed before last year, the final parts came together in 2020, and the artist says that the whole thing feels very relevant with that very strange, often harrowing 12 months, since so many people had to conduct their relationships long distance for the first time.

The book takes the intensely personal and splashes it across full-colour pages, making the private public and the digital-physical. This idea of metamorphosis and shapeshifting underpins the work in numerous ways; not least as a part of the “process of understanding,” says Seeger. “I made this work because I had to. I don’t feel like I had a choice. You know, you put so much energy into someone and this semi-secret and fragile connection you have, and I knew I just had to do something with it that would outlive us in case we didn’t make it. We didn’t.” 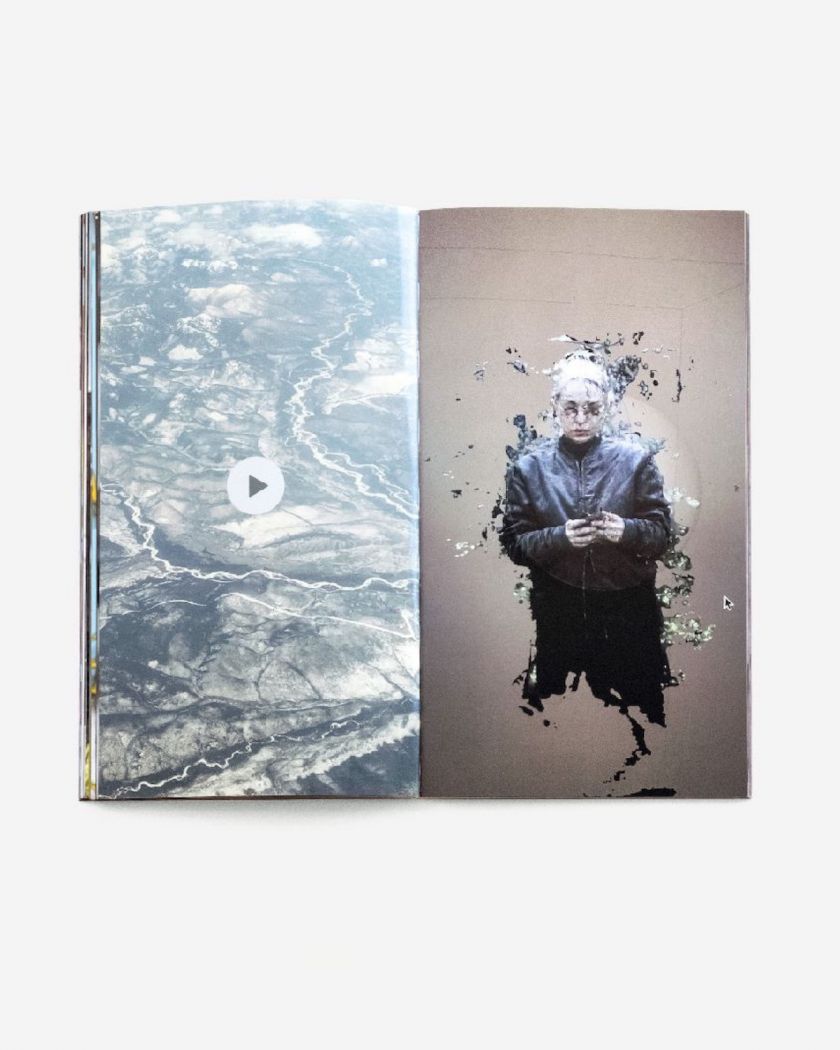 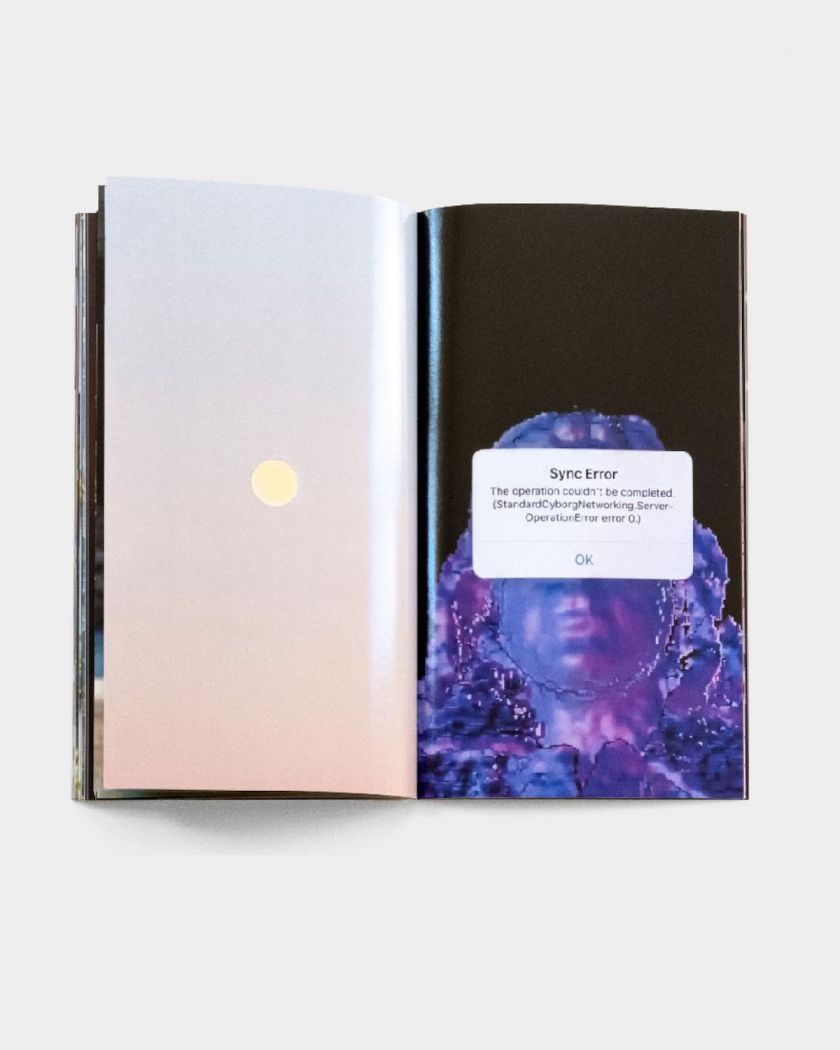 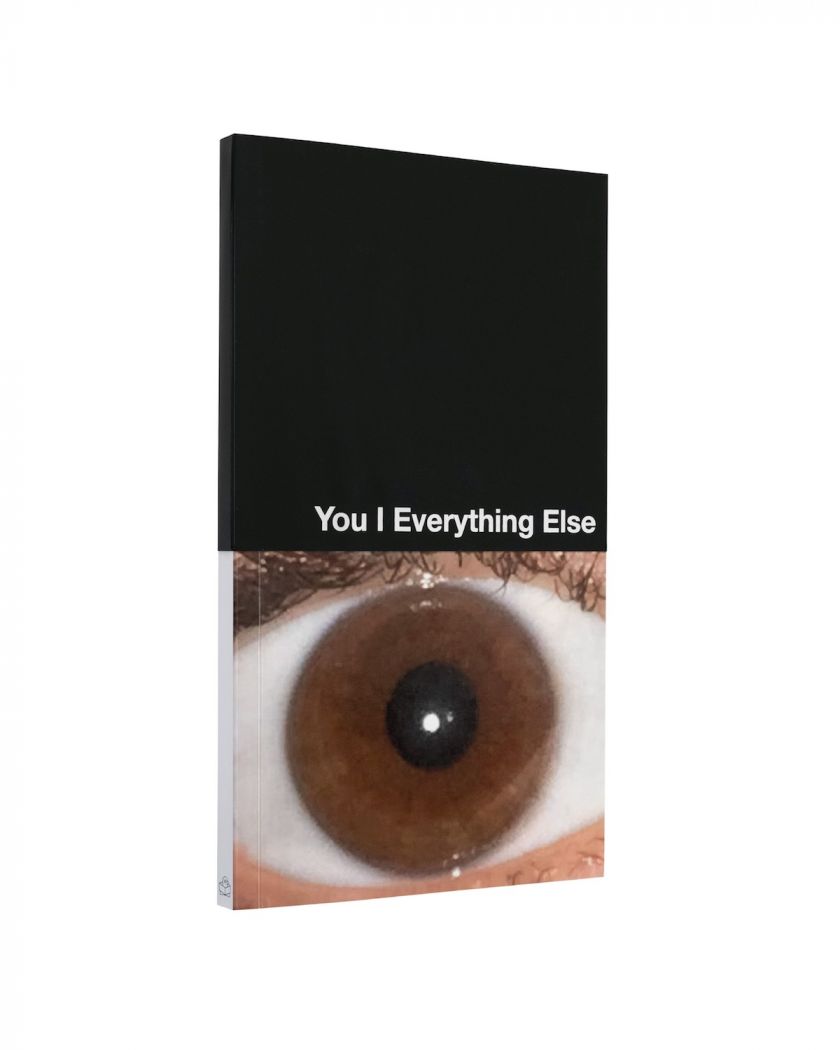