A Moonlike Office in Barcelona by Isern Serra. 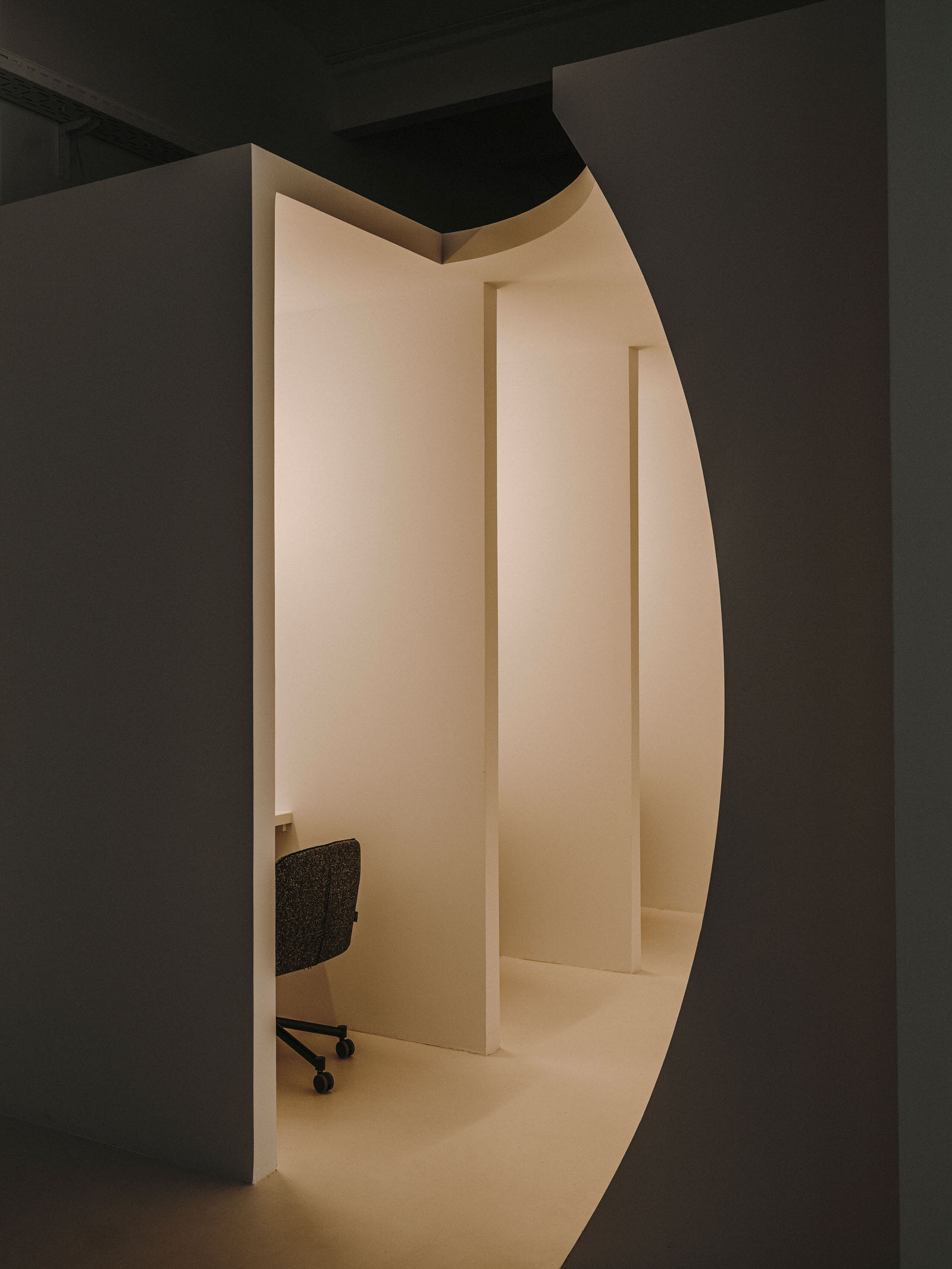 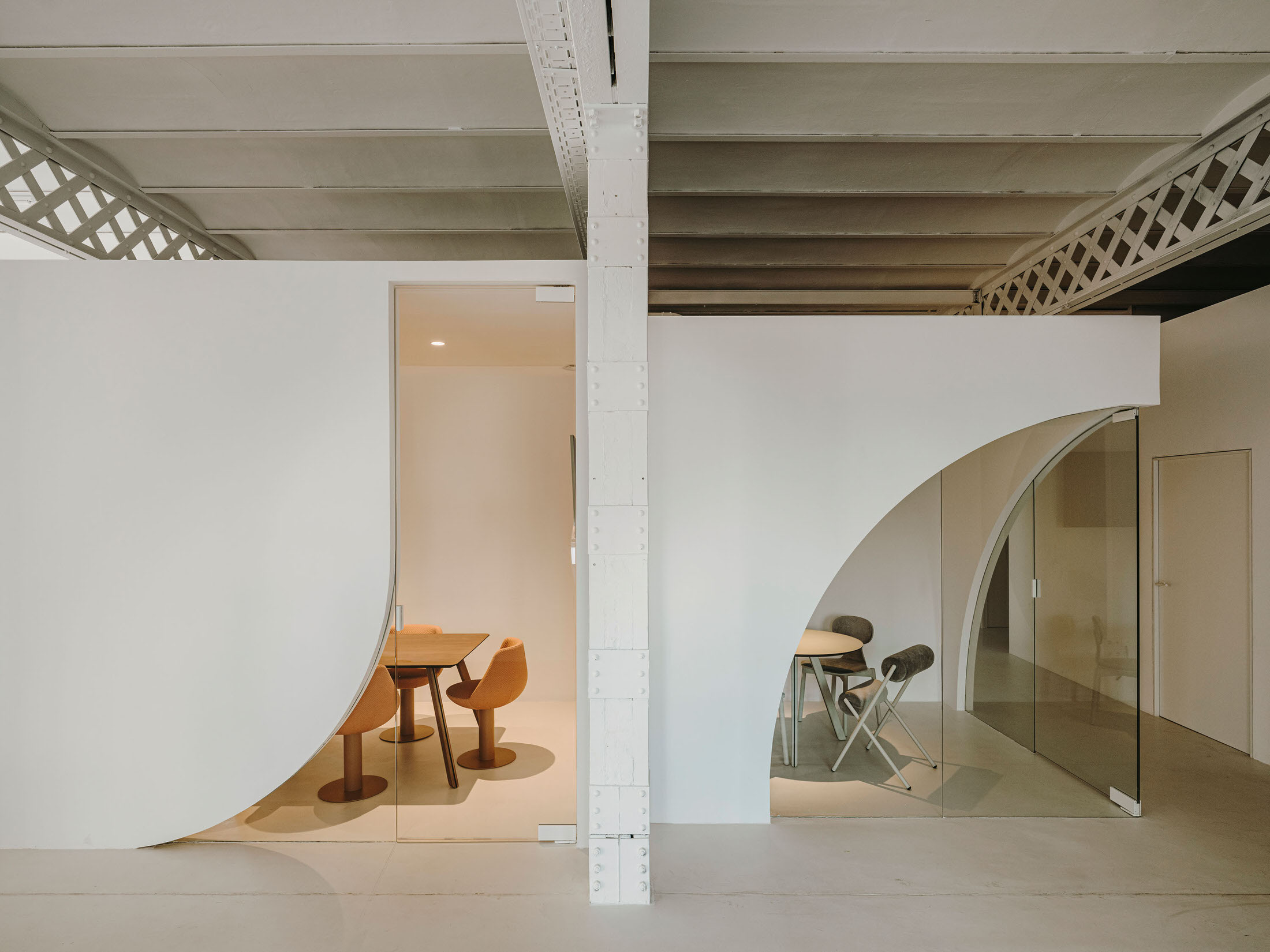 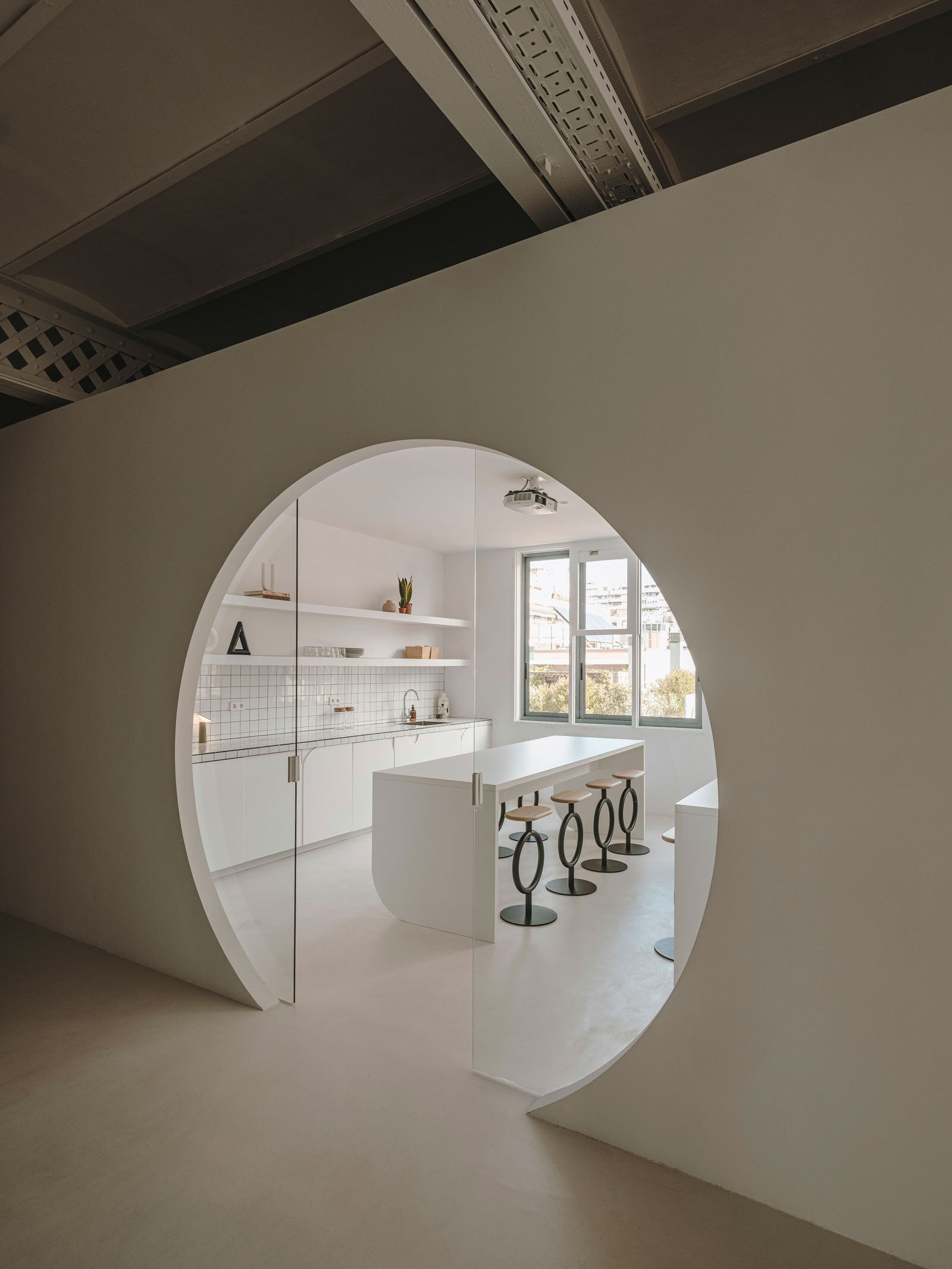 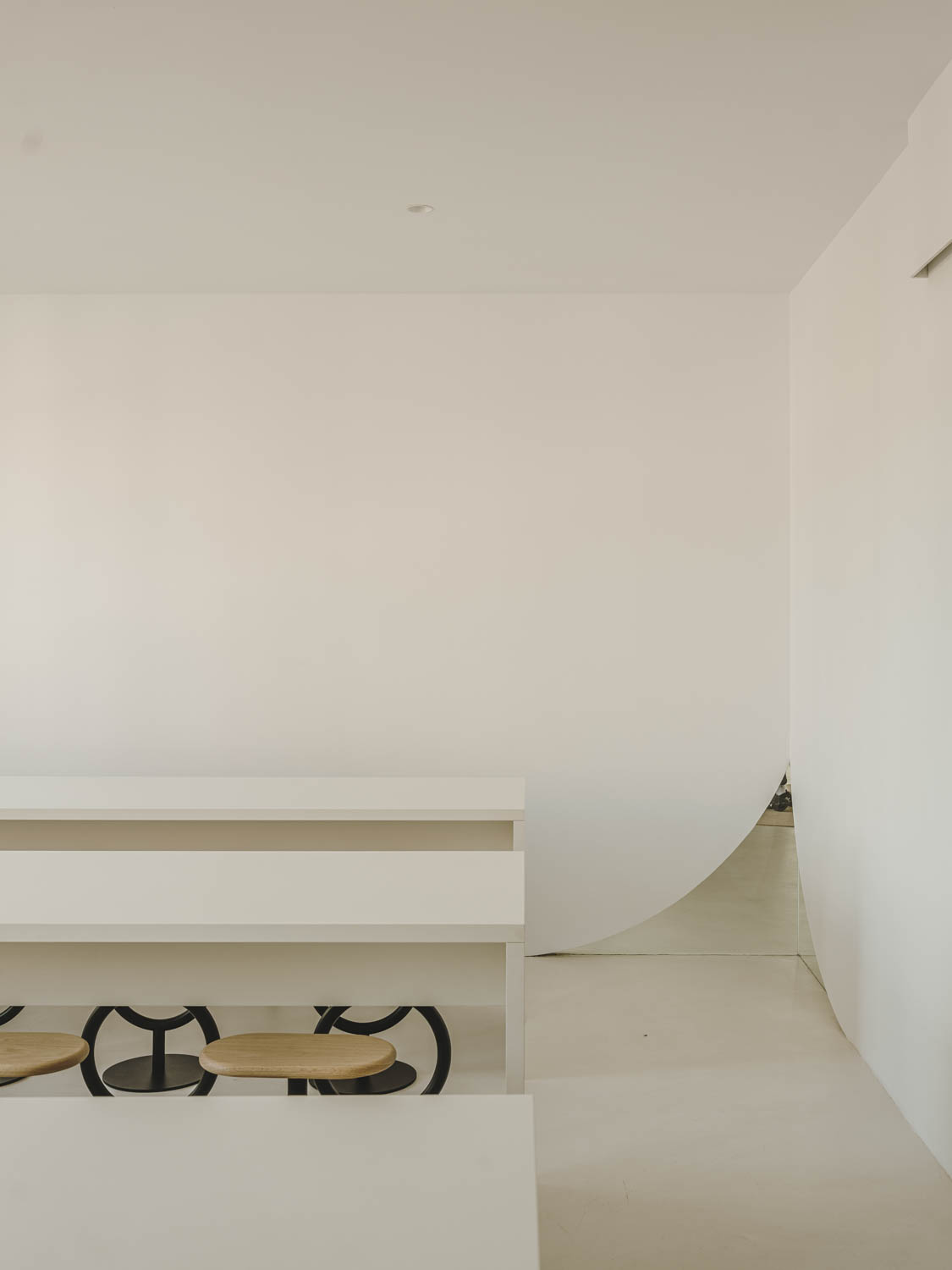 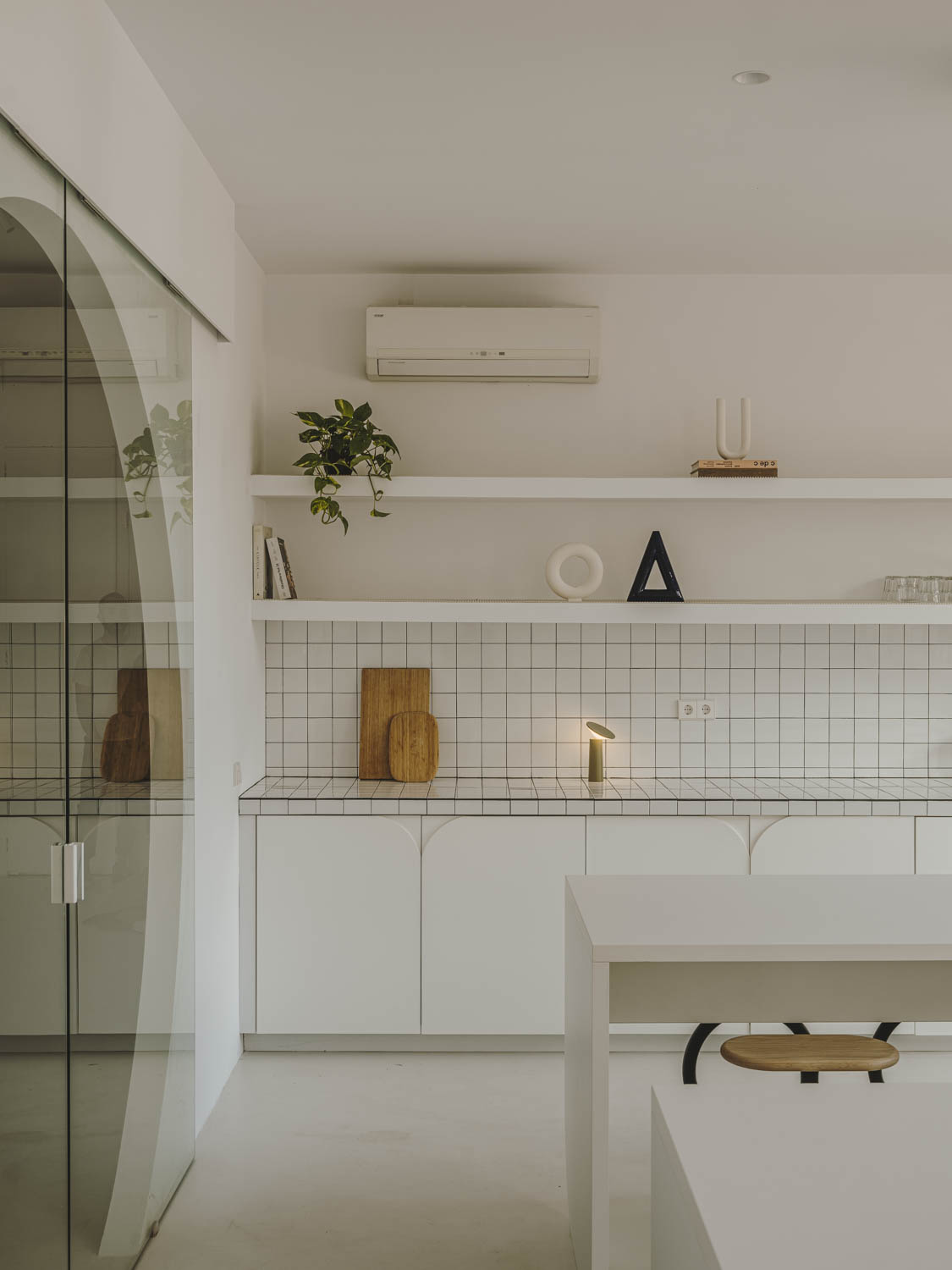 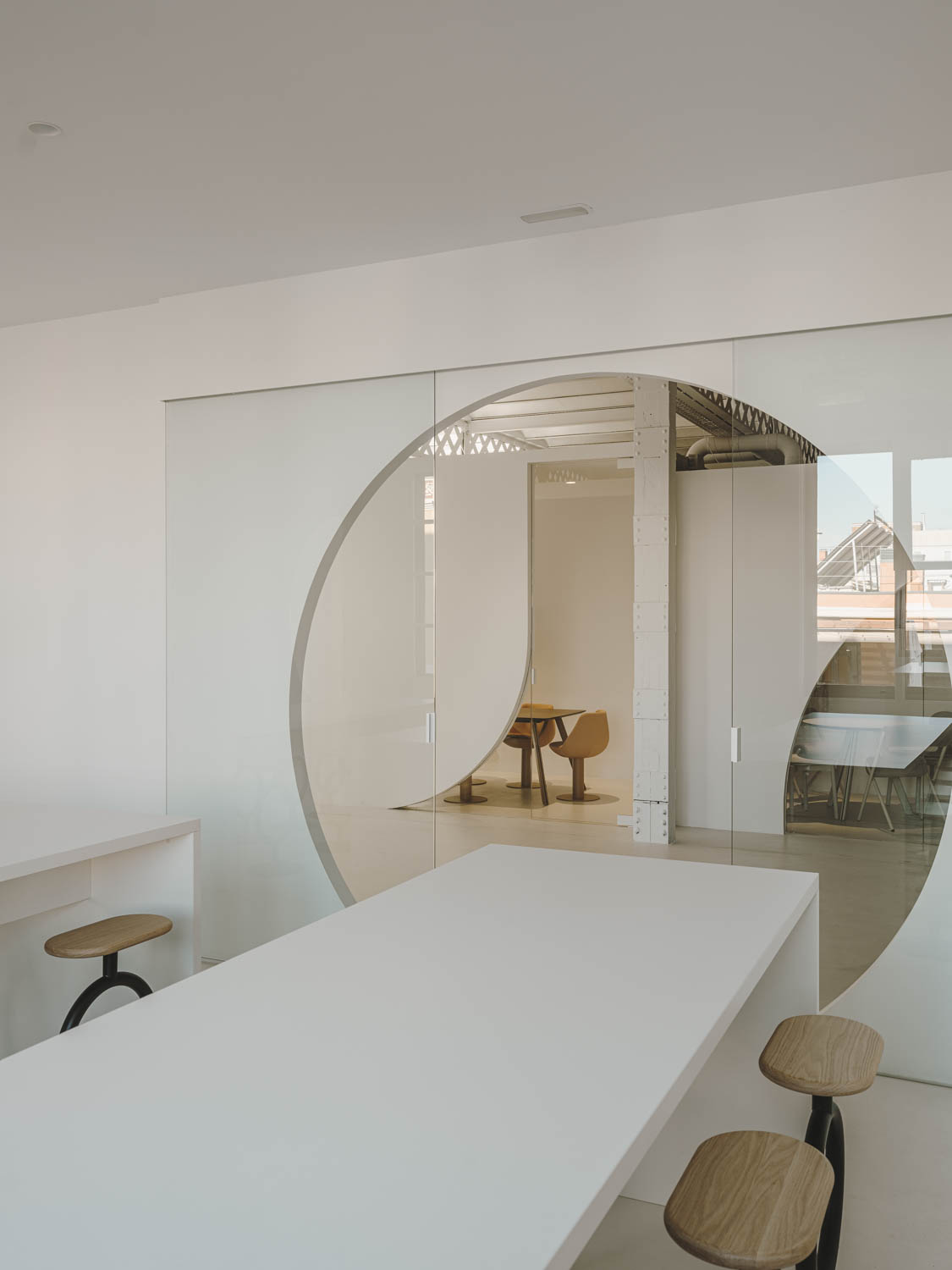 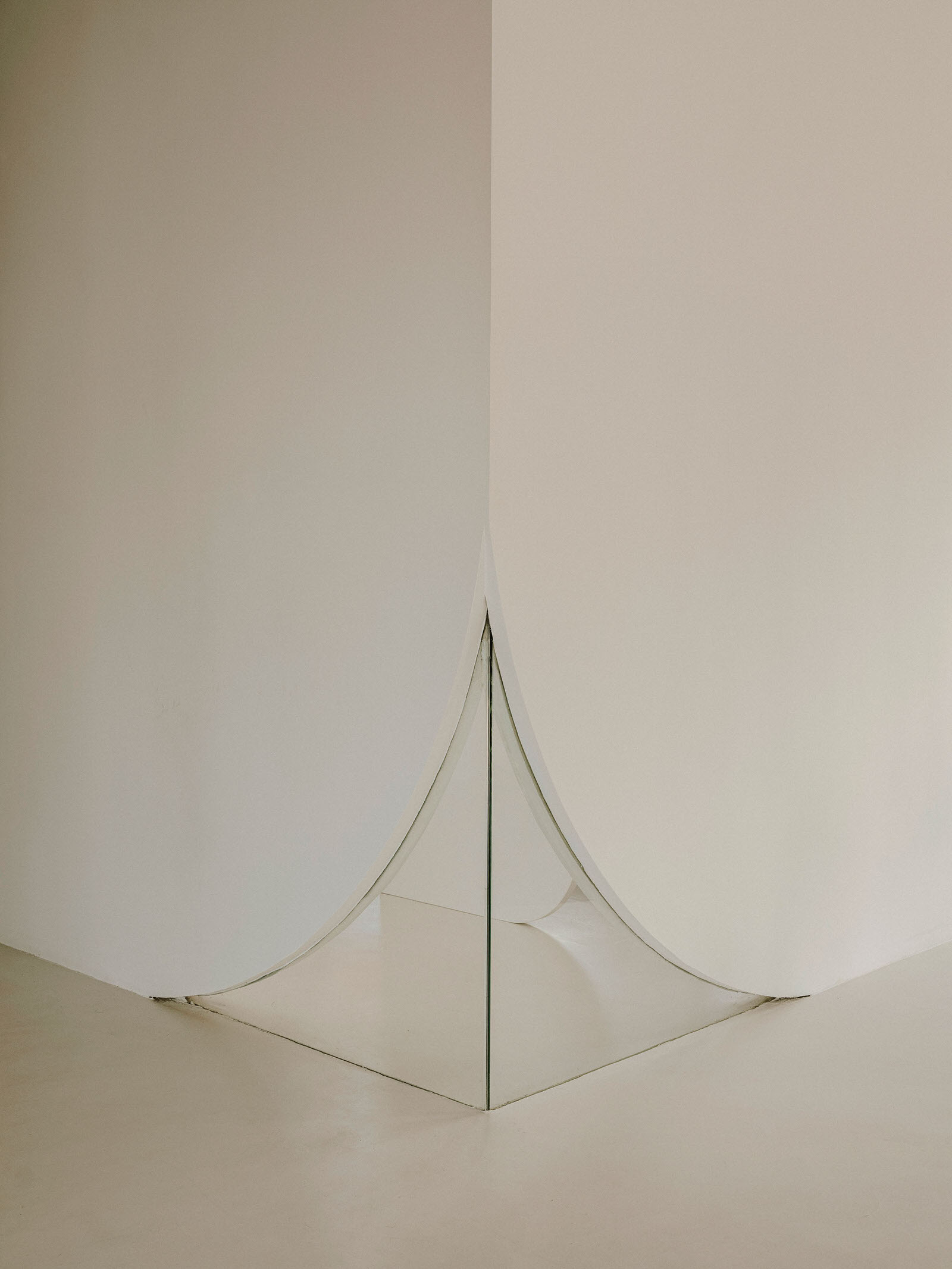 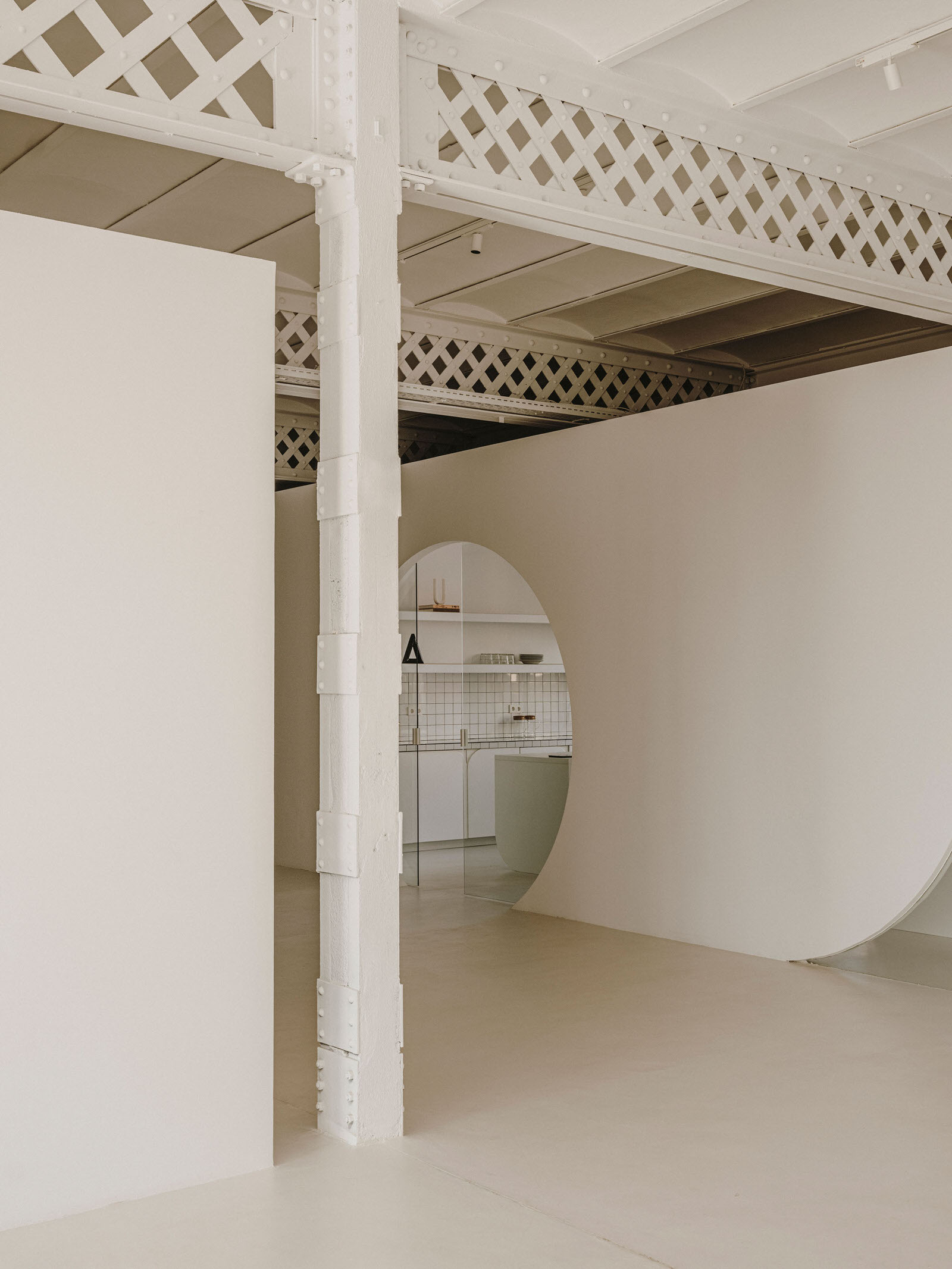 If you cut up the moon and turned it into an office, it would look something like the new headquarters of advertising agency (which also doubles as a showroom for furniture brand ), designed by . The space brims with space whites and lunar forms that give ‘to the moon and back’ a whole new meaning. “The closed spaces are rooted in micro-architecture. Each module was conceived as a small sculpture,” says Isern. With geometric forms taking centre stage, the office evokes a playful atmosphere–a happy paradox for a workplace.

When Isern took up the project, the office was nothing more than a bare-walled shell on the third floor of an industrial building in Gracia, Barcelona. And while it was great, there was only one problem: “It had an internal partition,” recounts the designer, adding “The first priority was to knock it down to reveal the true volume of the space.” Isern eschewed glass enclosures for an open plan, leveraging the shell’s historic hallmarks. “It was a rectangular space with original architectural elements and windows on three sides,” he recalls. 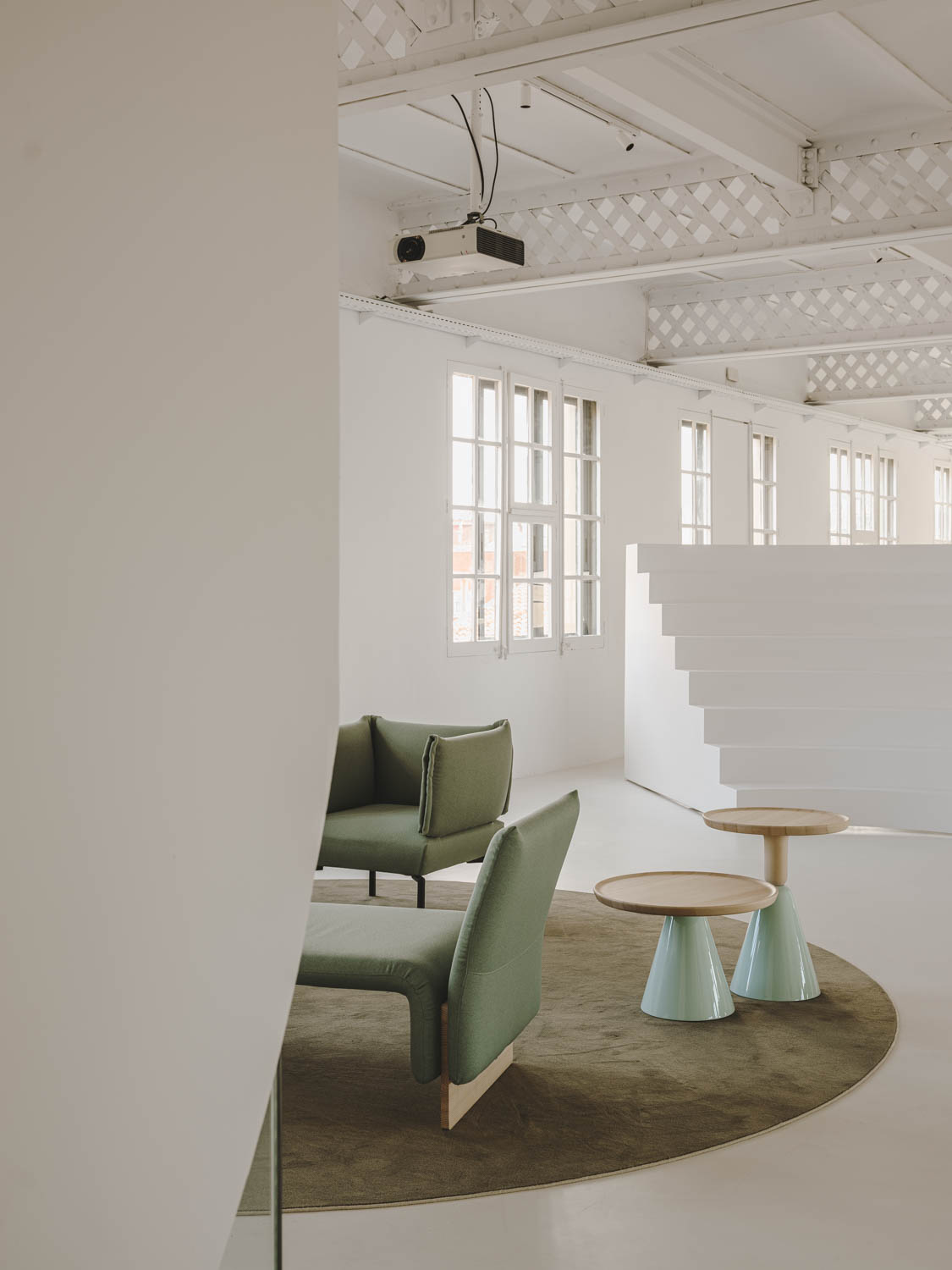 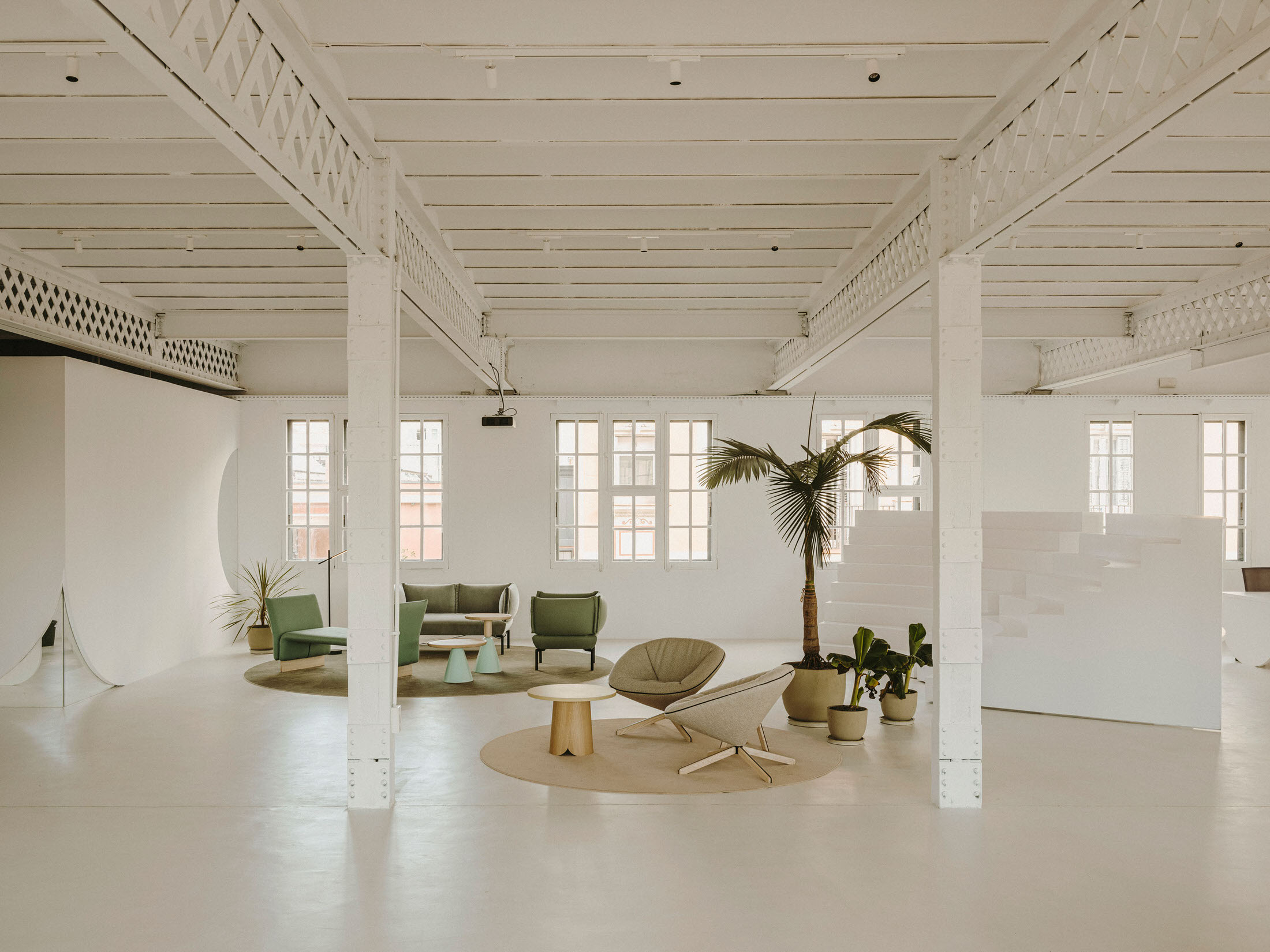 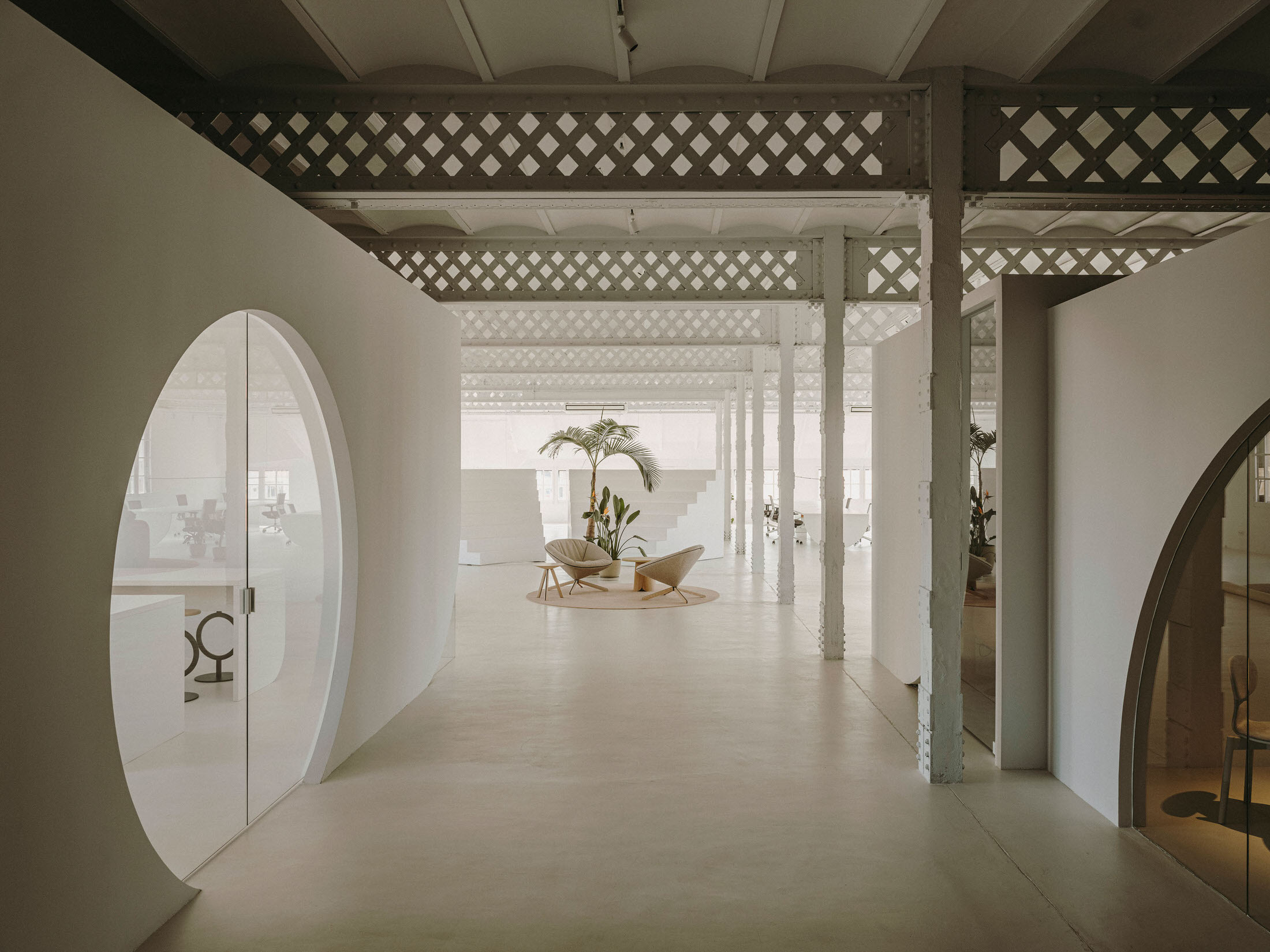 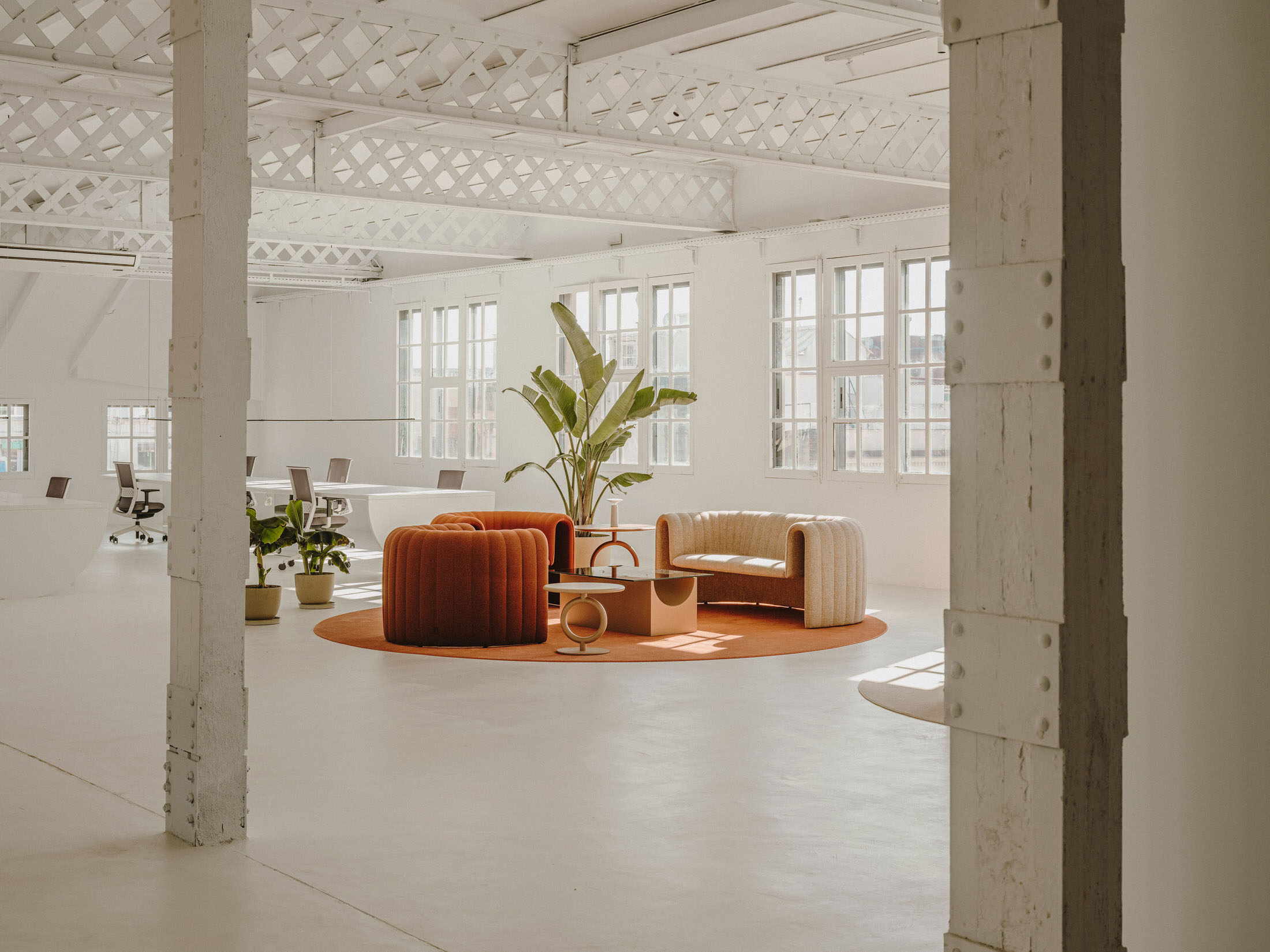 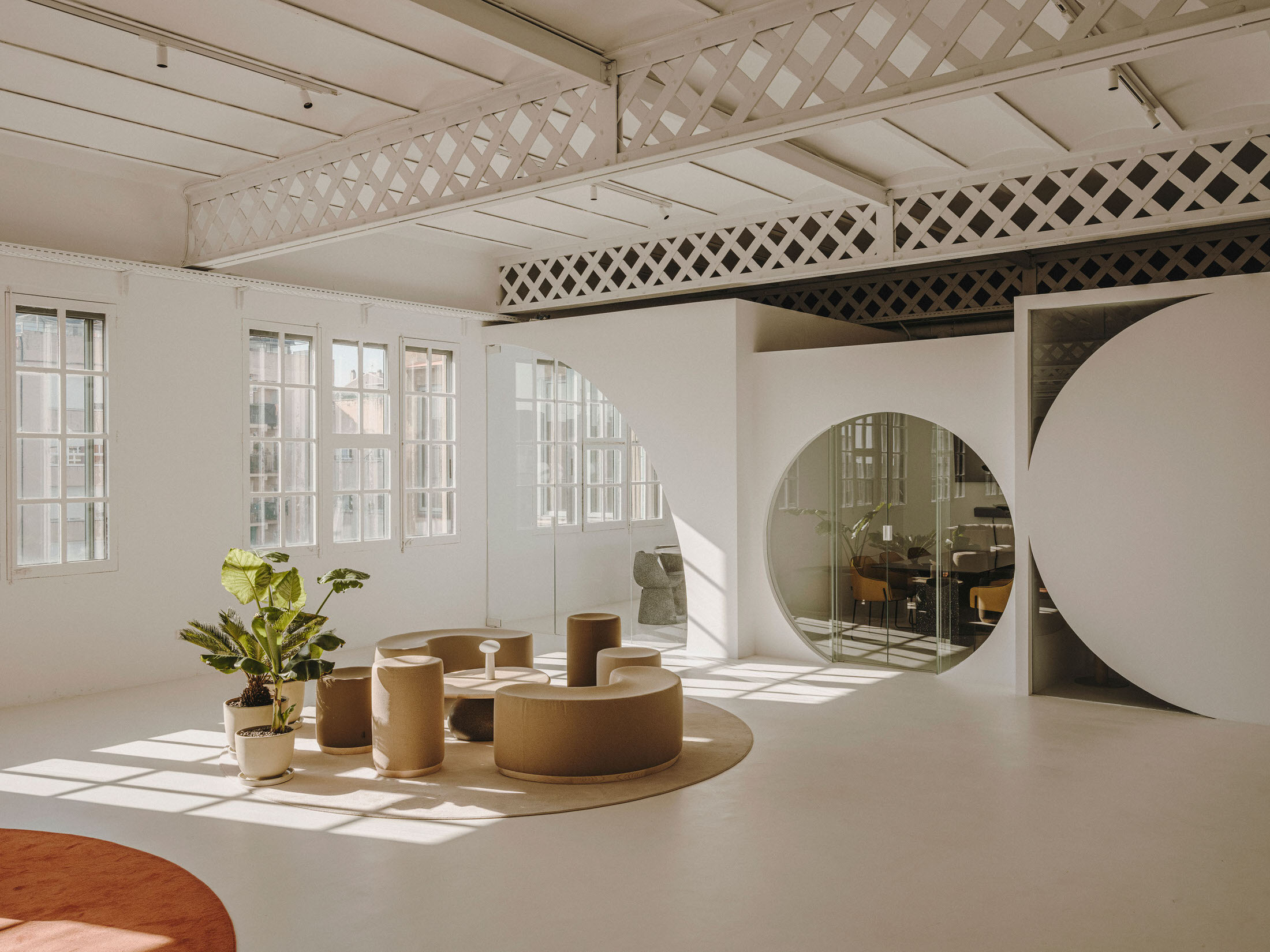 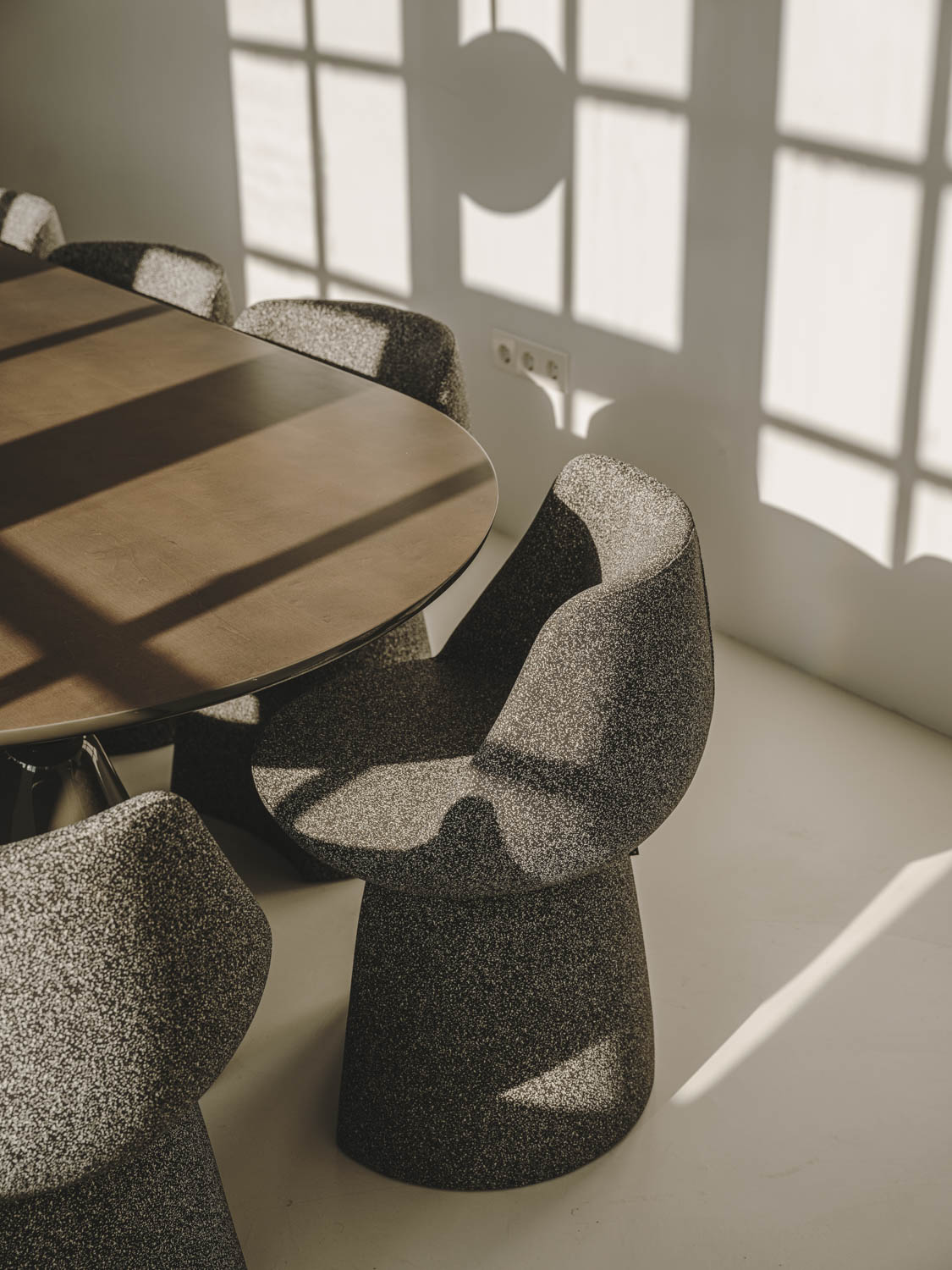 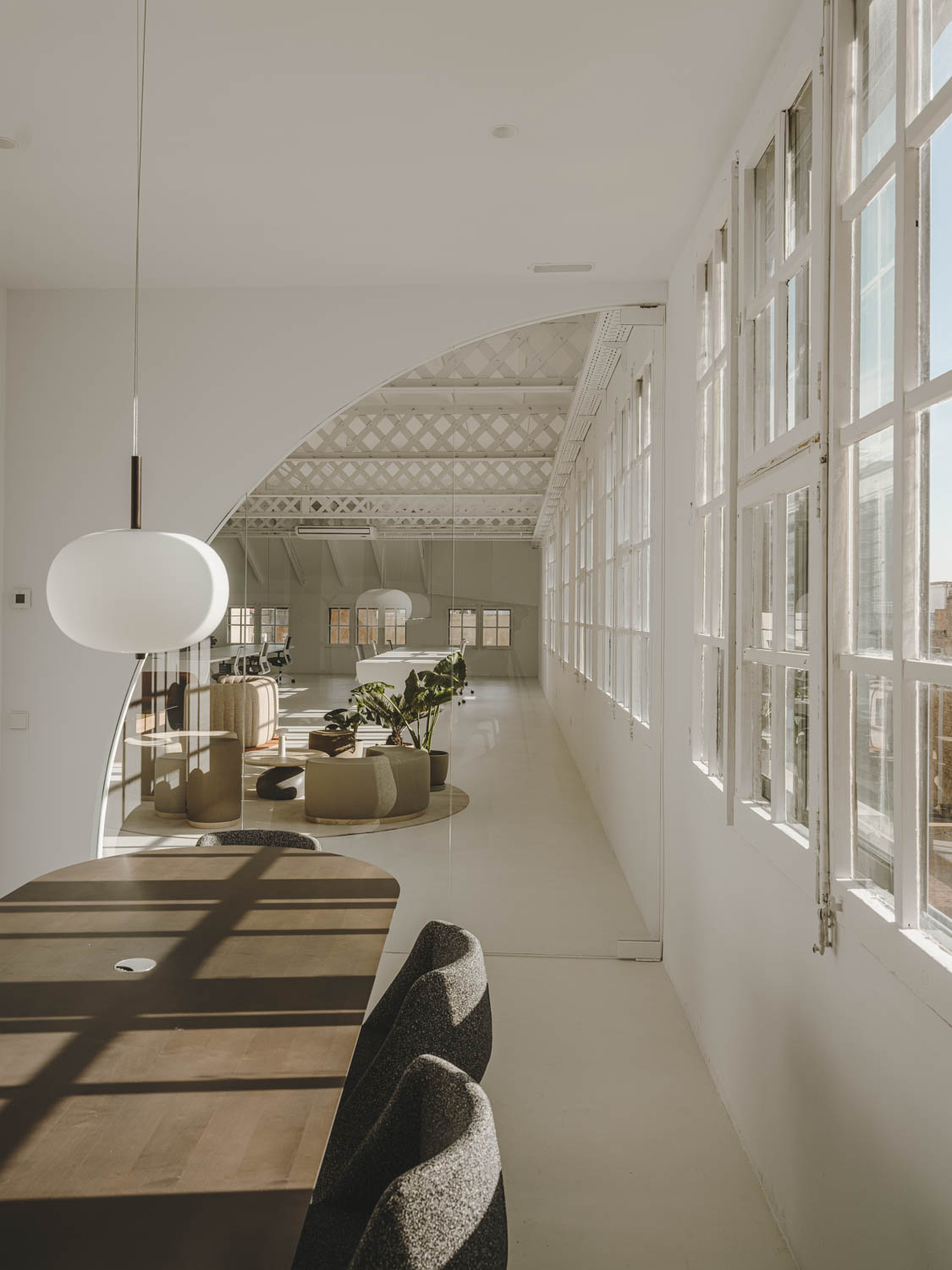 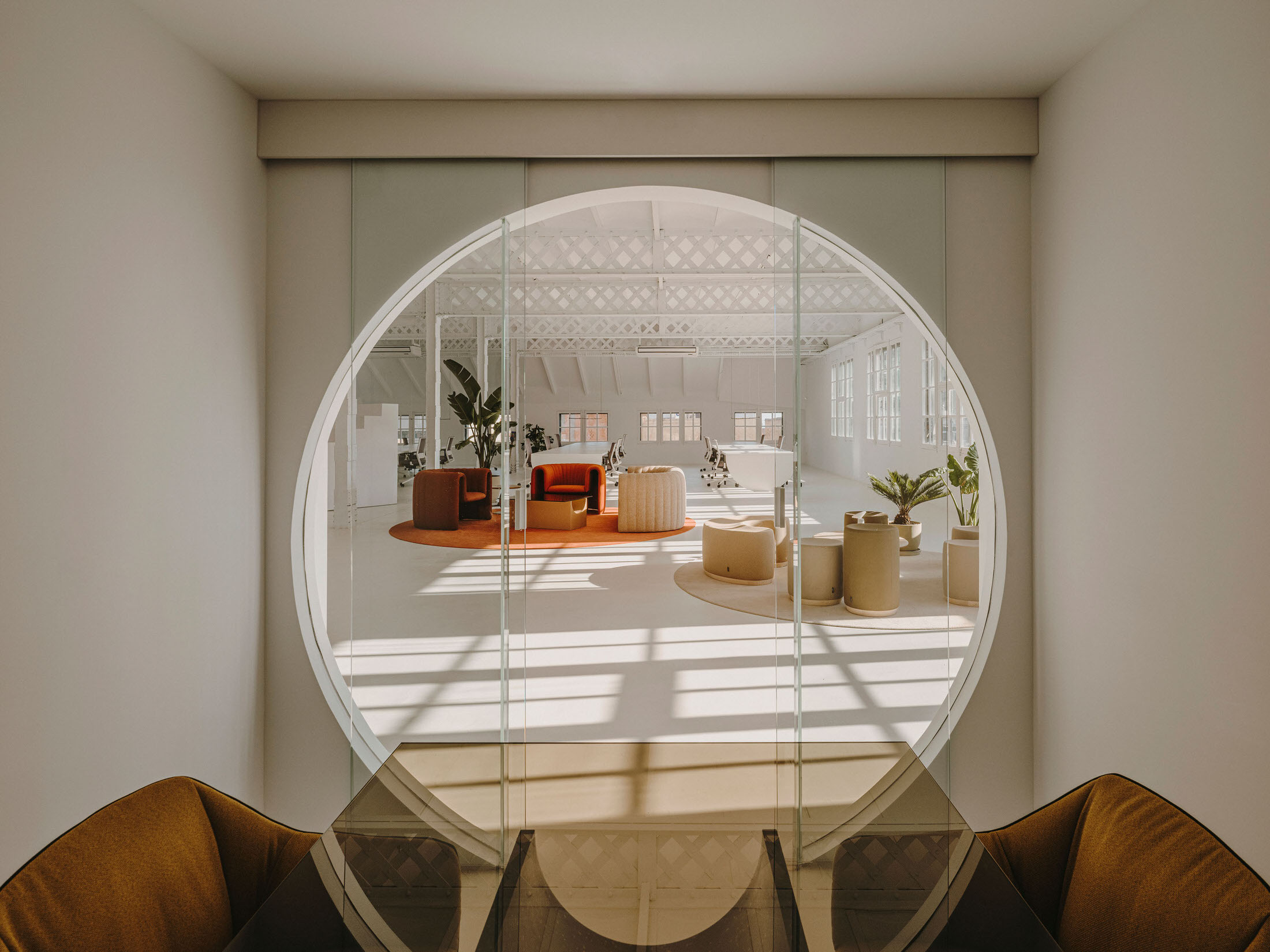 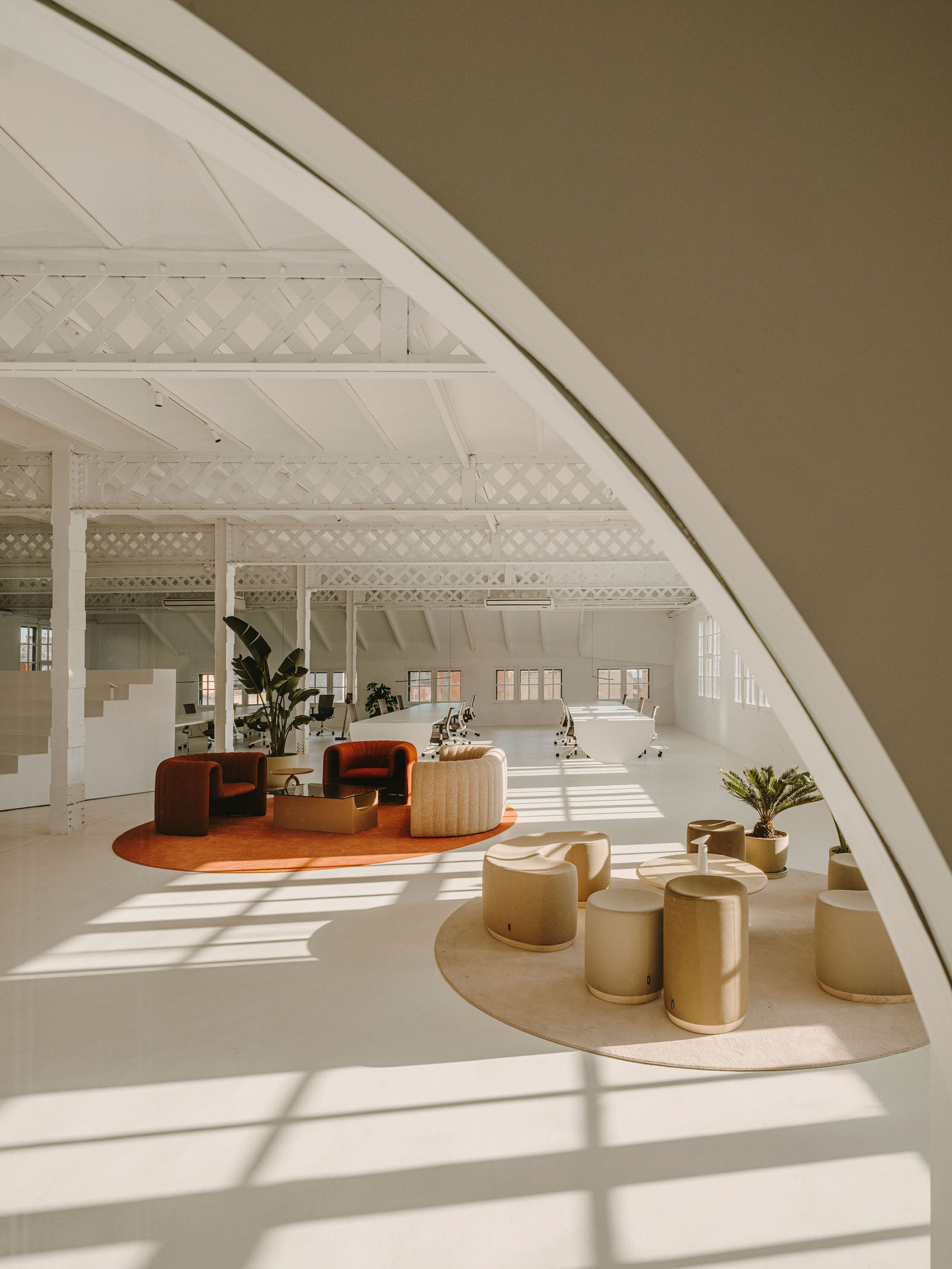 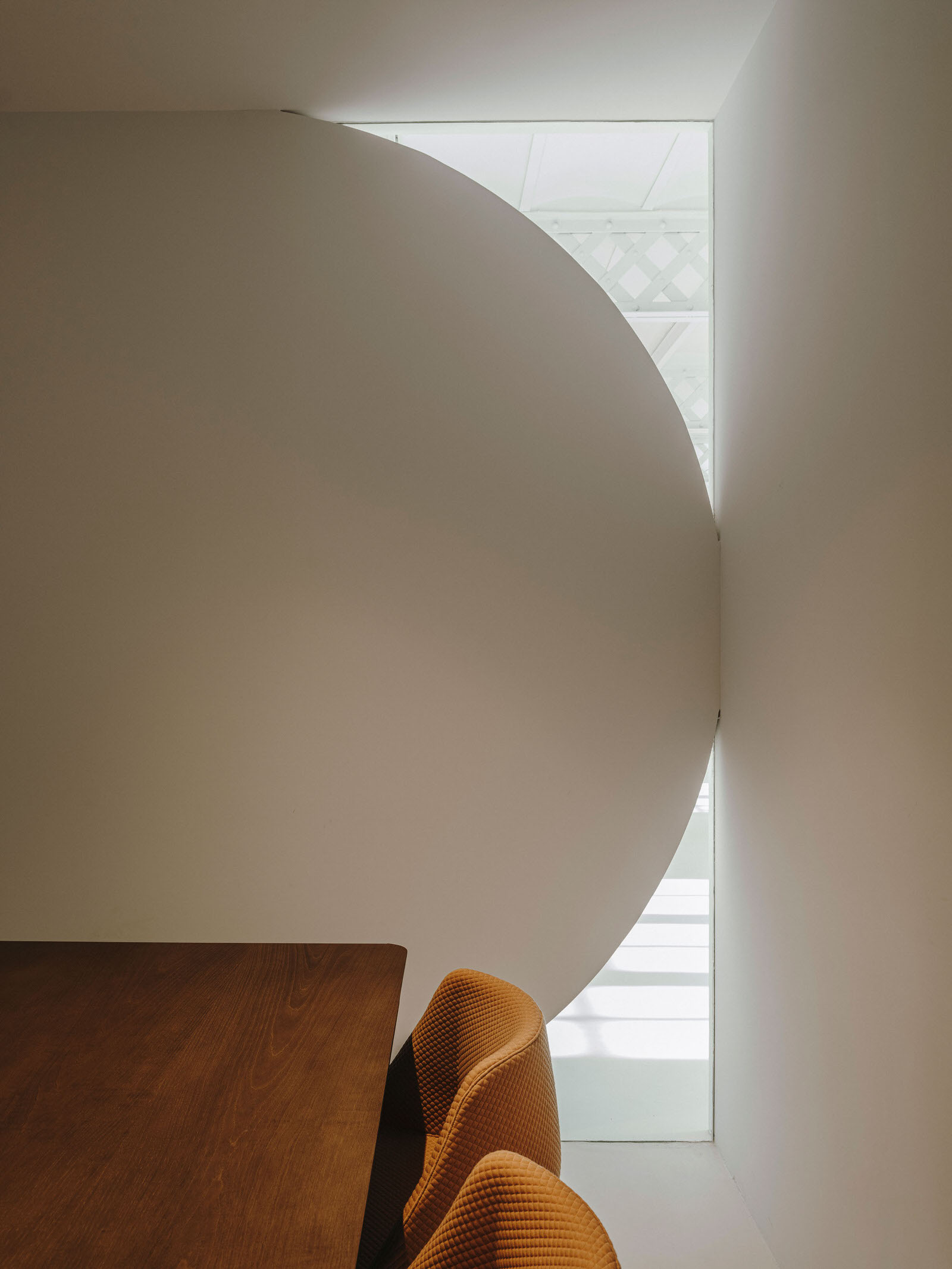 But the brief was clear, and called for three zones—one for meeting rooms and service spaces; an agora for informal discussions and exhibitions; and a third realm, to be used as a workspace. “The crabwise form allowed us to easily divvy up the space into three,” says Isern, who kept the meeting areas and workspaces towards the back, the agora at the heart, and the functional service realms towards the front, near the entrance.

The office has more to it than its moonlike qualities. The openings and windows in each room are tailored to optimise the amount of incoming light, and each room has a different height that cedes the spotlight to the white metallic beams. “The furniture was chosen in collaboration with Sancal,” says Isern, gesturing to the sea of neutral chairs and tables behind him. A circular opening leads us into the kitchen, which, Isern is quick to note, dons multiple avatars to suit the occasion: “It’s also a training room with a capacity of 30 people.” Behind him, three angular dining counters by Fusteria Vidal channel a futuristic look–dovetailing with the apparent interstellar vibe. Underpinning them are natural wood stools by Sancal. 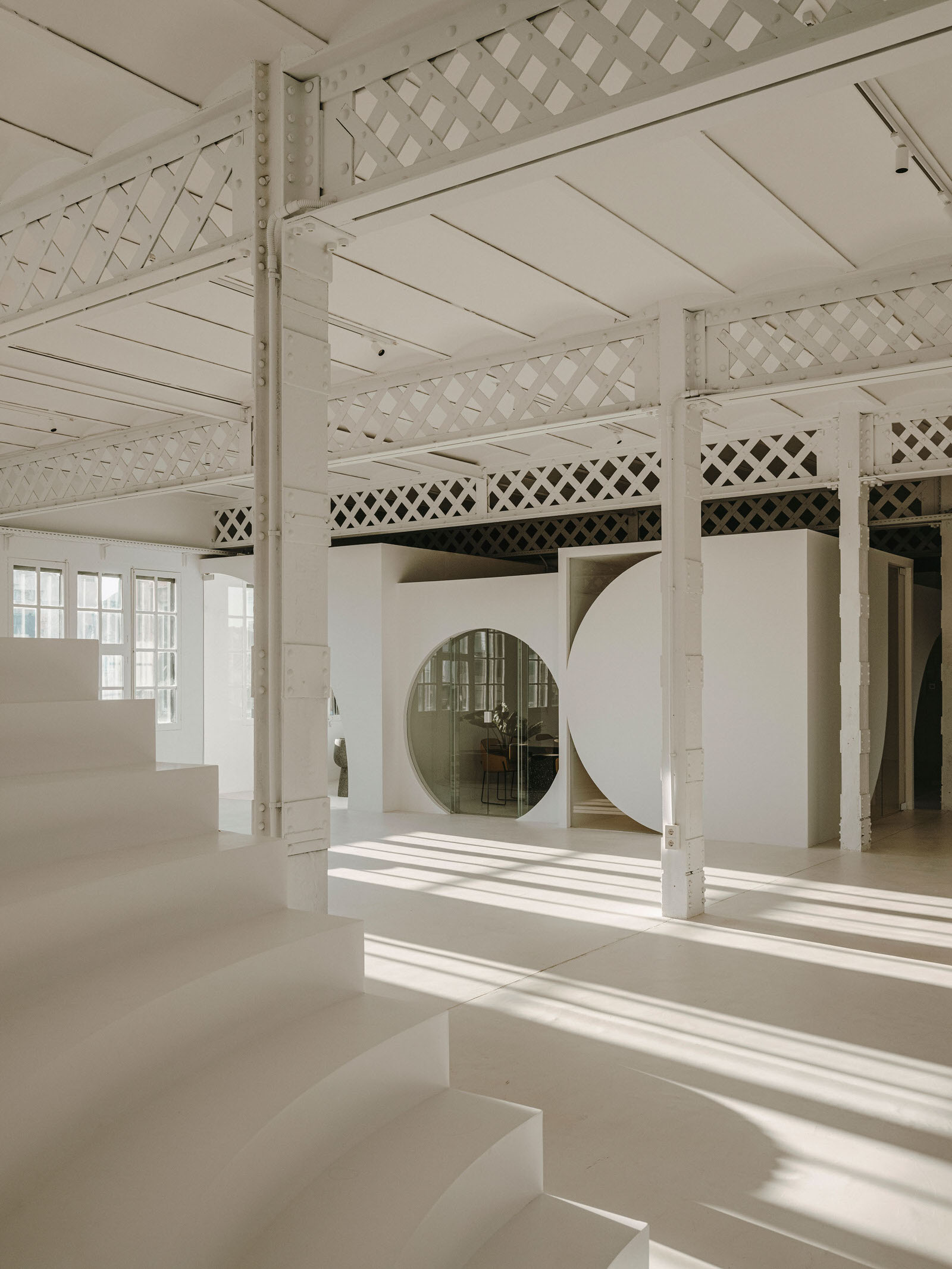 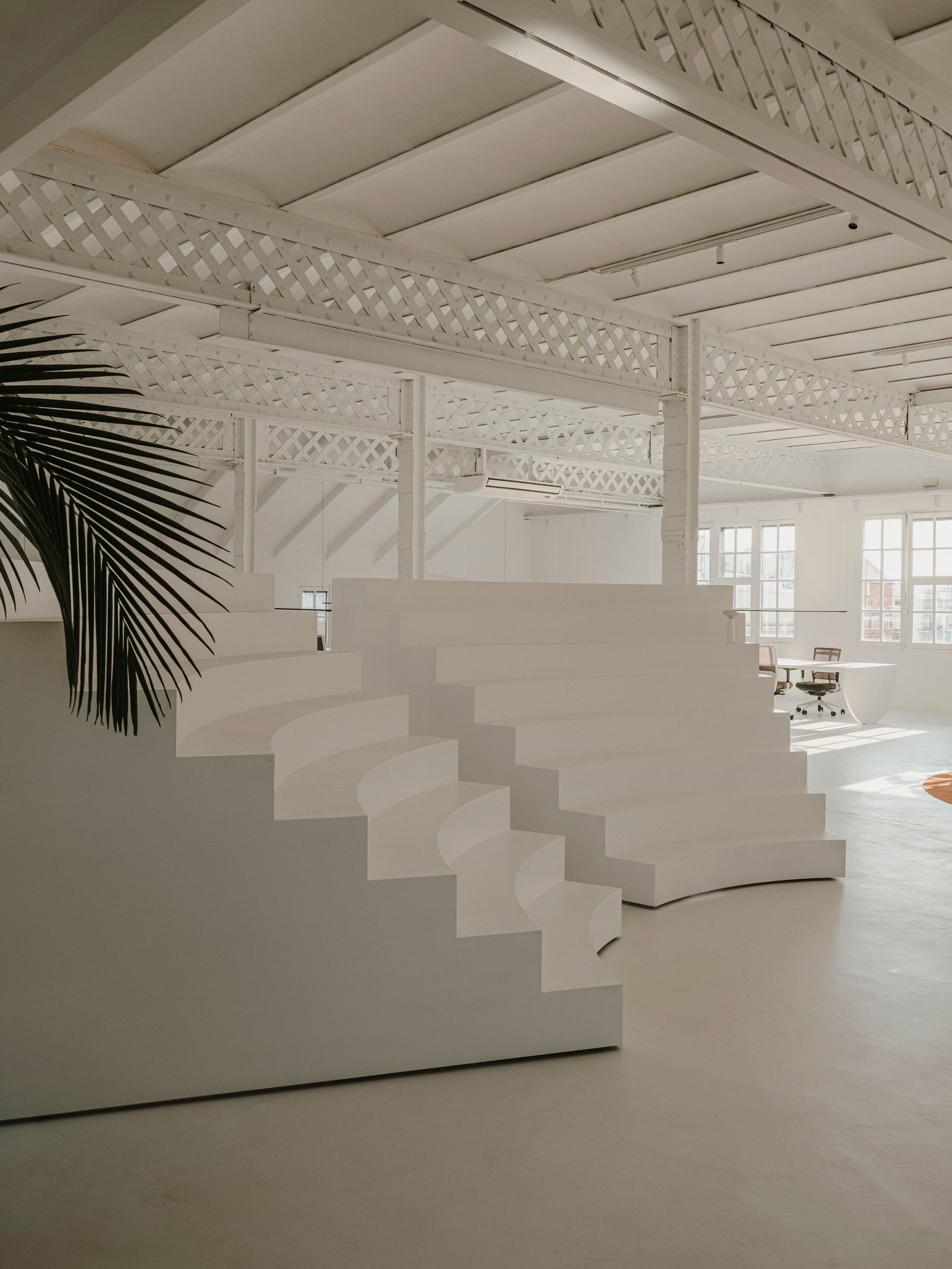 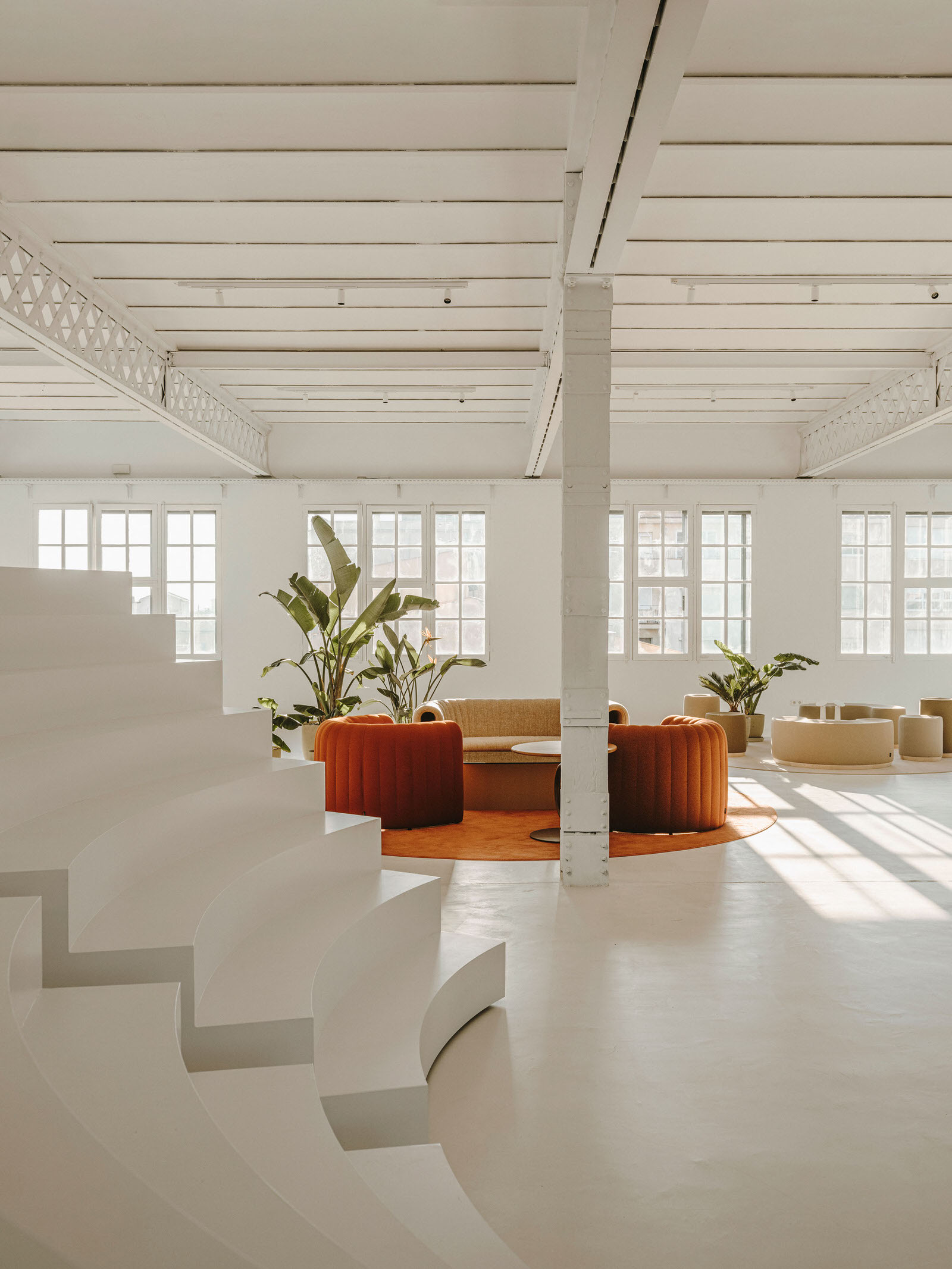 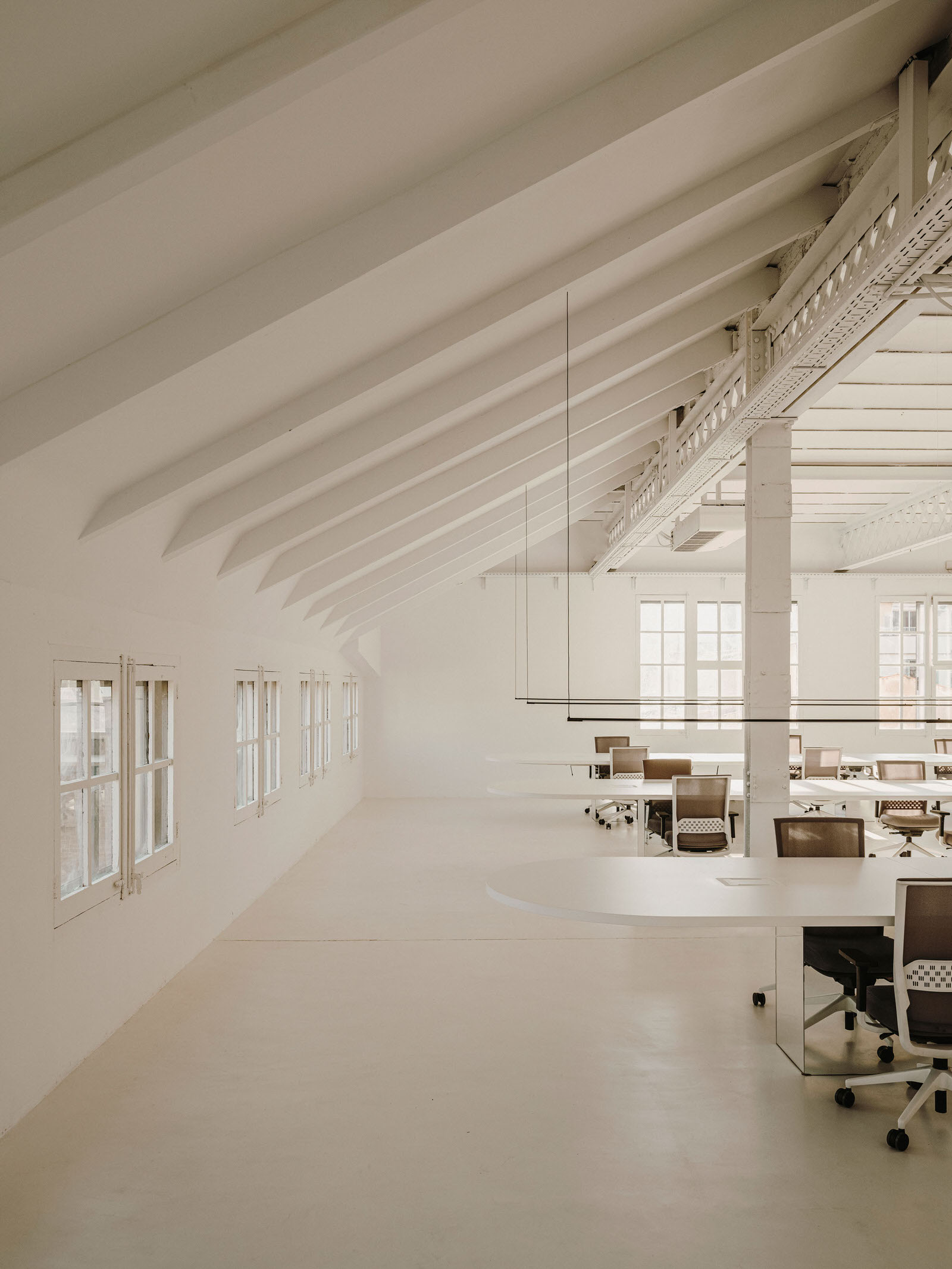 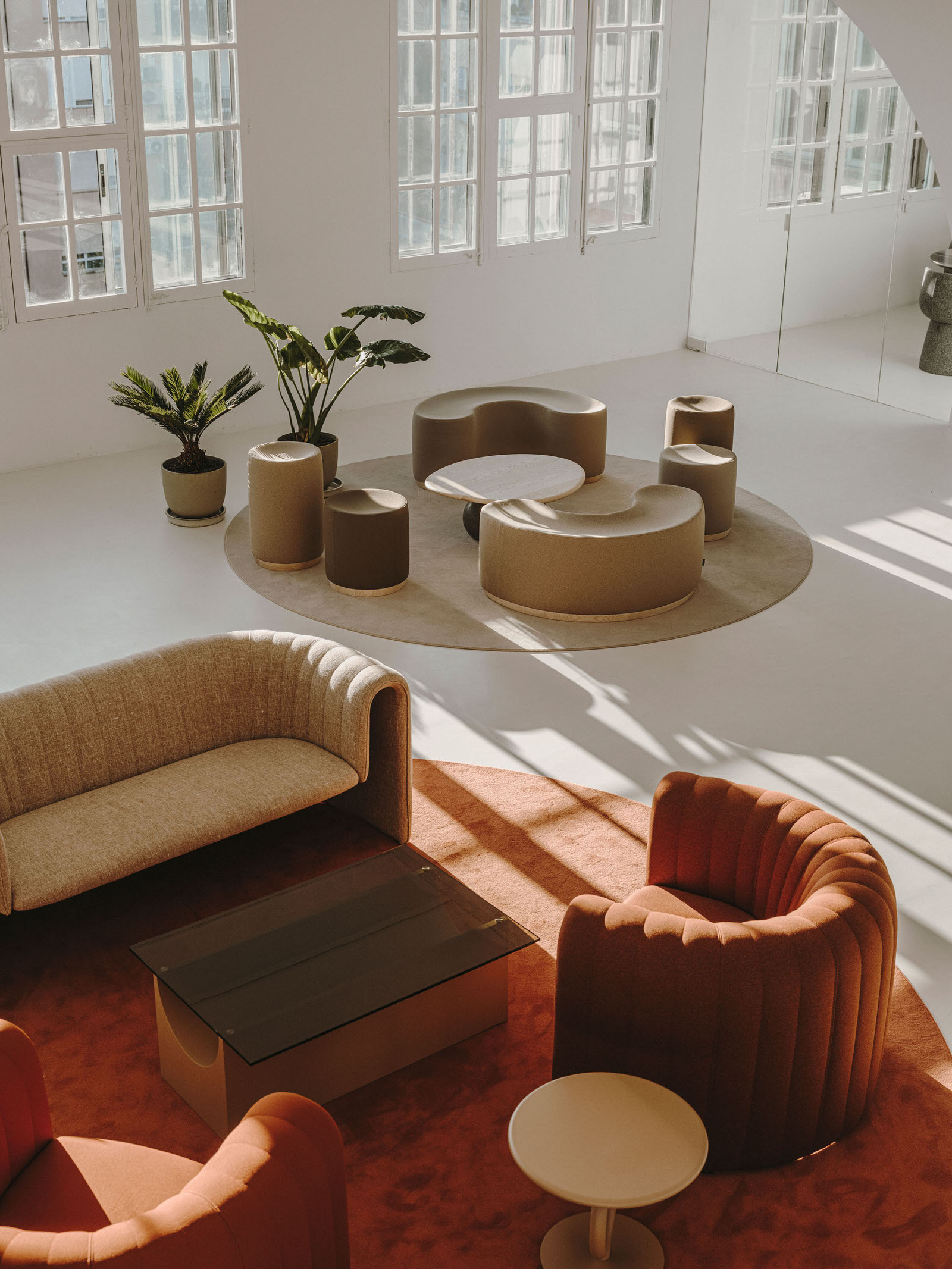 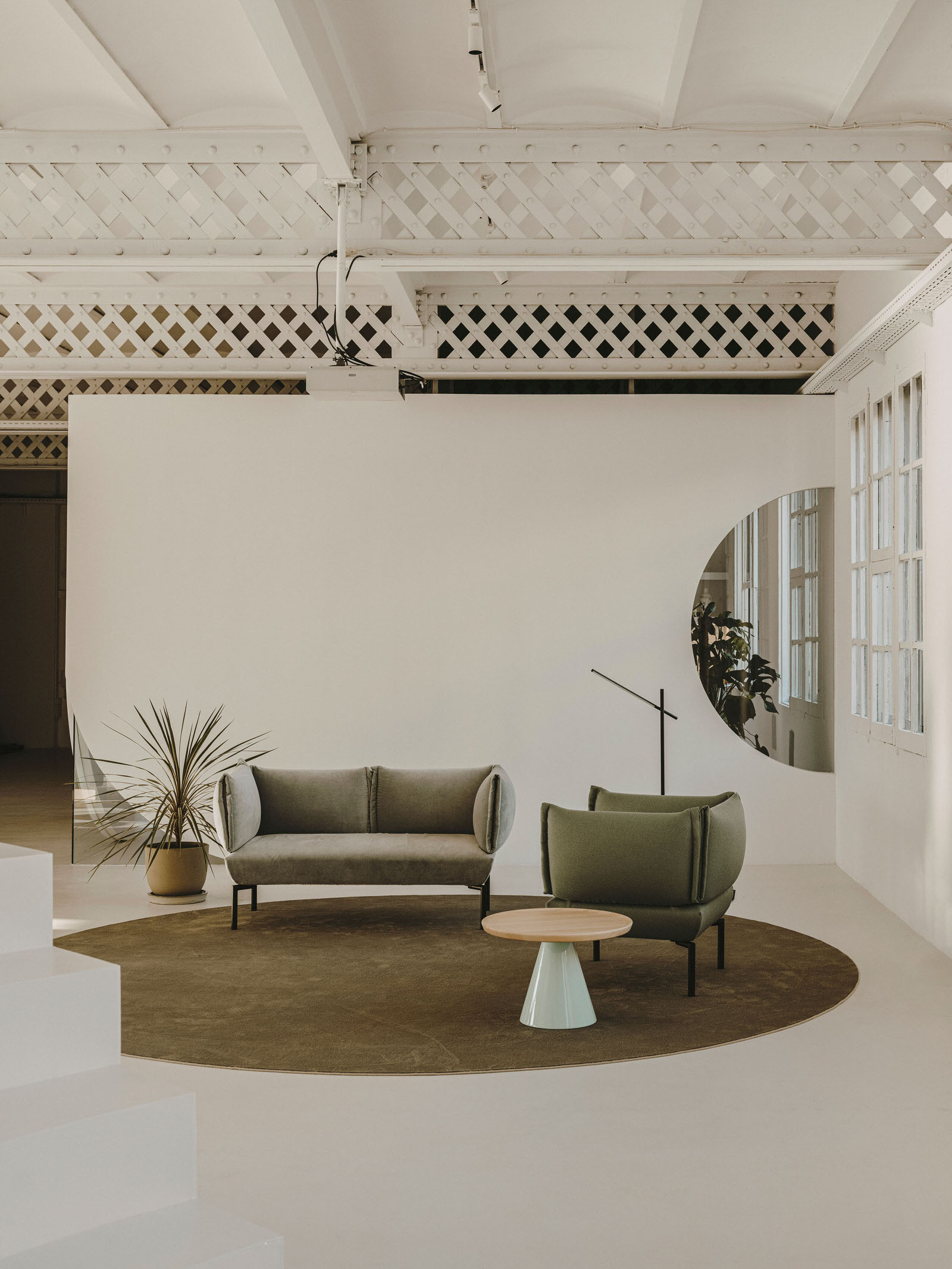 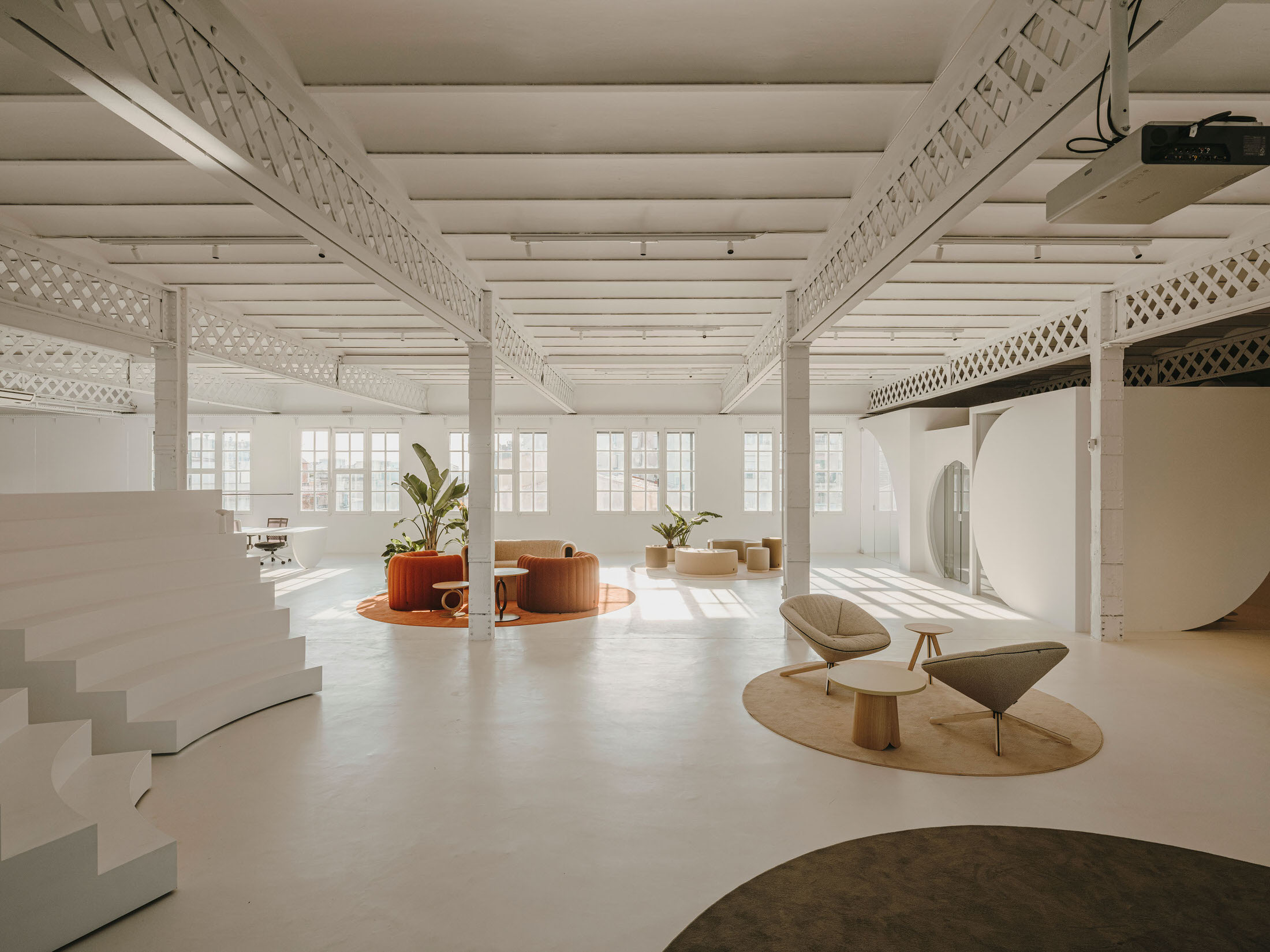 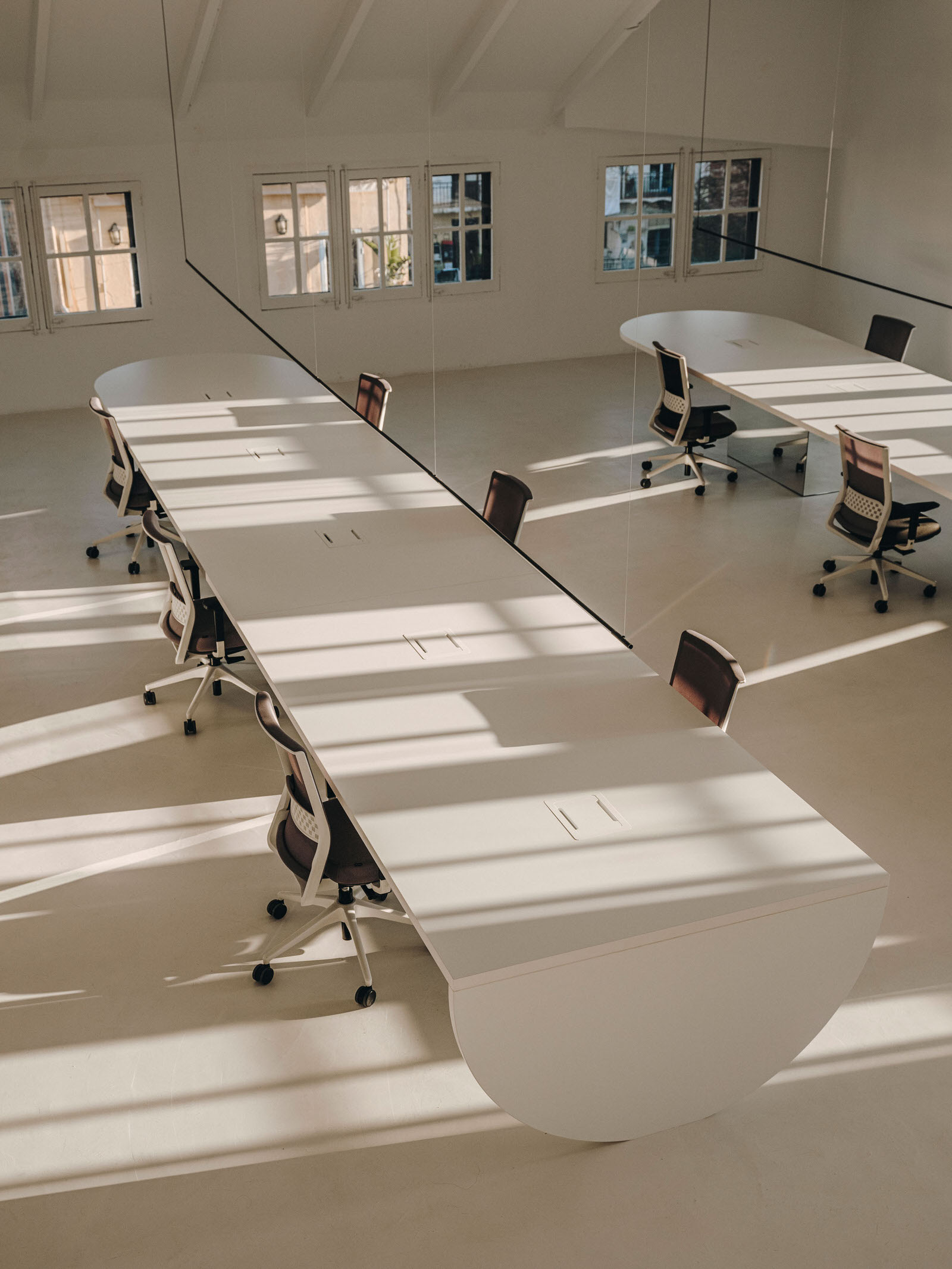 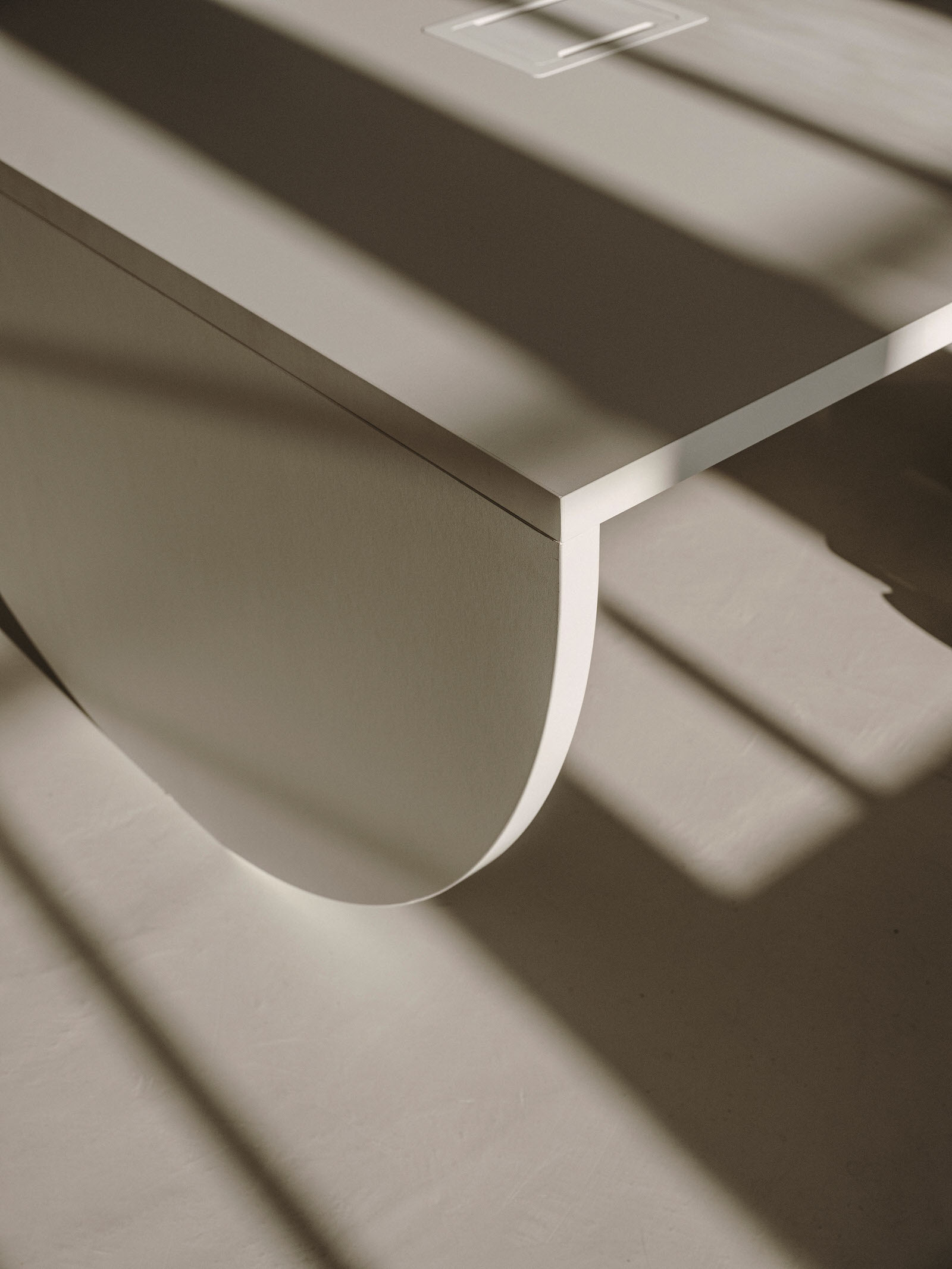 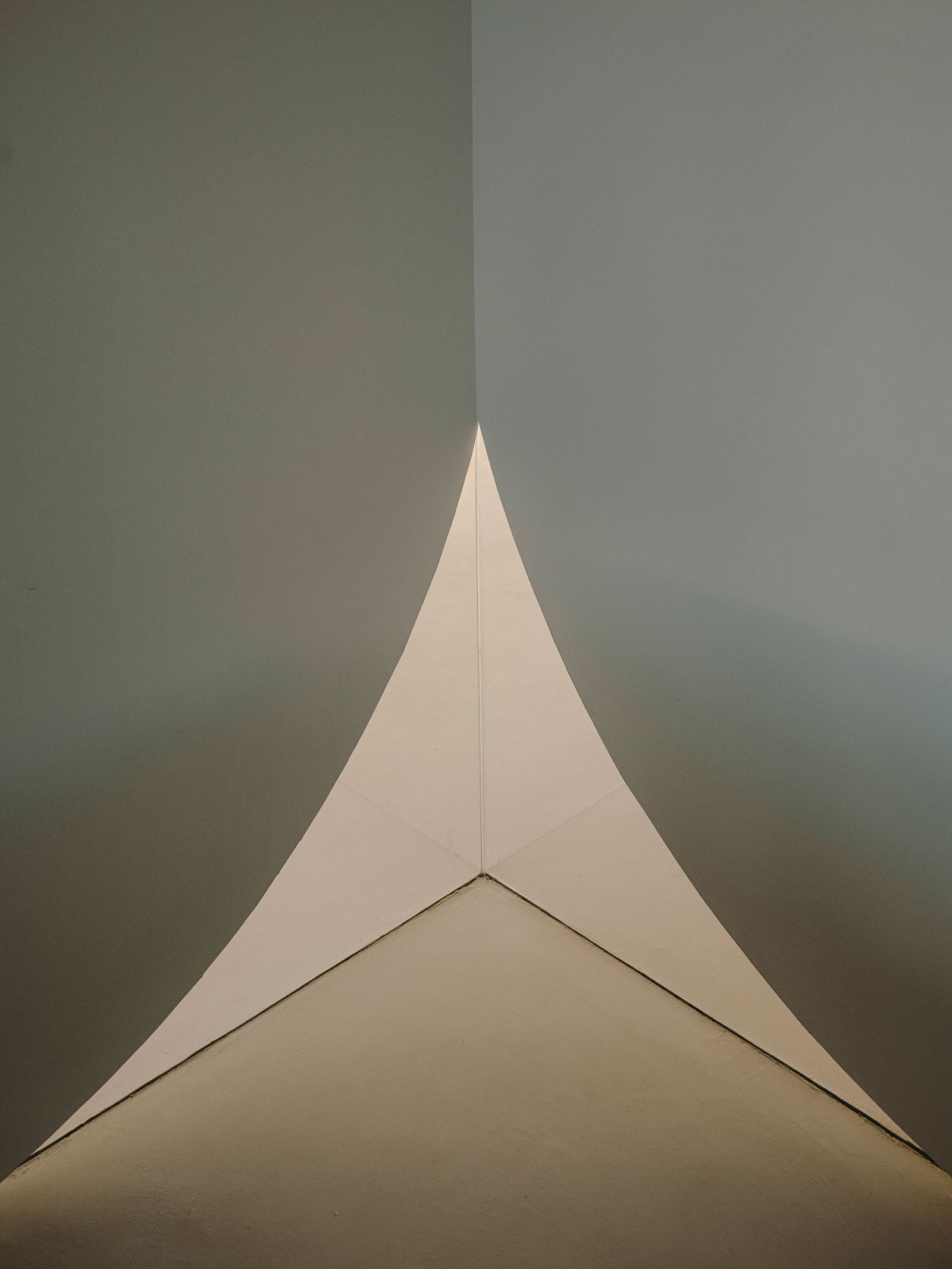 Isern leads the way into the agora, which outplays the kitchen in its ability to multitask. Circular carpets with quirky curvilinear sofas from Sancal appear like islands across the realm, making for fun spots for impromptu meetings, fun break-outs, or anything in between. For sceptics wondering how this office is all play (so far), the counterbalance lies in the workspace at the far back. Four large custom-made tables by Fusteria Vidal, each with a capacity of 11, echo the sculptural curves of the openings and doorways. For the lighting, which included embedded focus lights in the closed rooms and track lighting in the agora, Isern collaborated with Leds C4. The illumination above the private work tables was by Nahtrang Studio.

That the office is also a furniture showroom is not immediately obvious, although the Remnant armchair, Vestige table and Dividuals pouffe from Note Design Studio, and the Silla40 chair and Tab side tables by Isaac Piñeiro do seem outrageously stylish for a workplace. The list continues: There’s a Totem stool and side tables by Sylvain Willenz; a Roll chair by Mut Design; a Diwan chaise by PerezOchando; a click seating programme by Estudio Sancal; a Tortuga armchair and table; a Magnum chair by Estudihac; a Vesper table by Sebastian Herkner; and Pion tables by Ionna Vautrin. With so much to marvel at, it’s a wonder how employees get any work done.