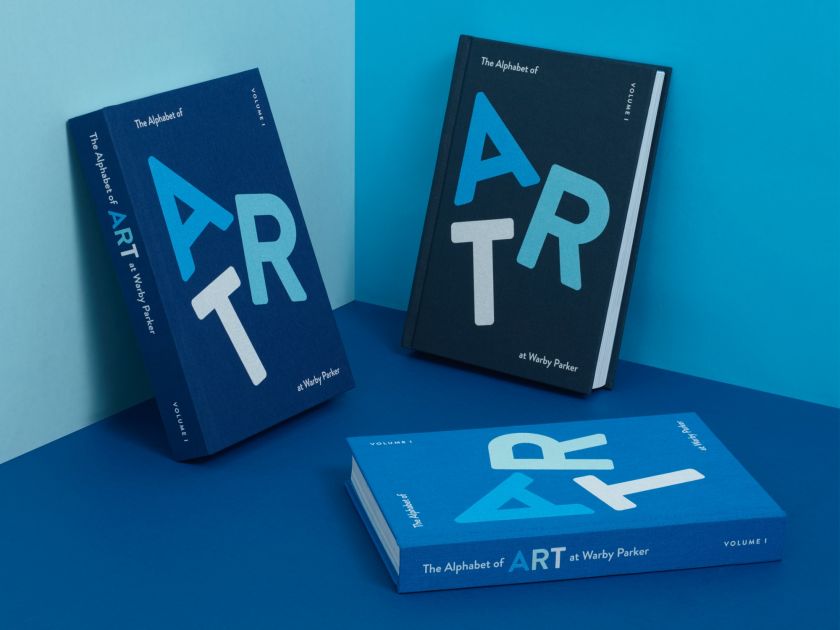 Glasses brand Warby Parker doesn’t just help people see with the use of corrective lenses: it makes them see in new ways by exposing them to some of the most influential artists of the 20th century.

To celebrate its 11th birthday, Warby Parker is publishing a book titled The Alphabet of Art, a retrospective book of sorts that celebrates more than 100 artists that the brand has collaborated with from across Chile, Australia, the US, France and more. 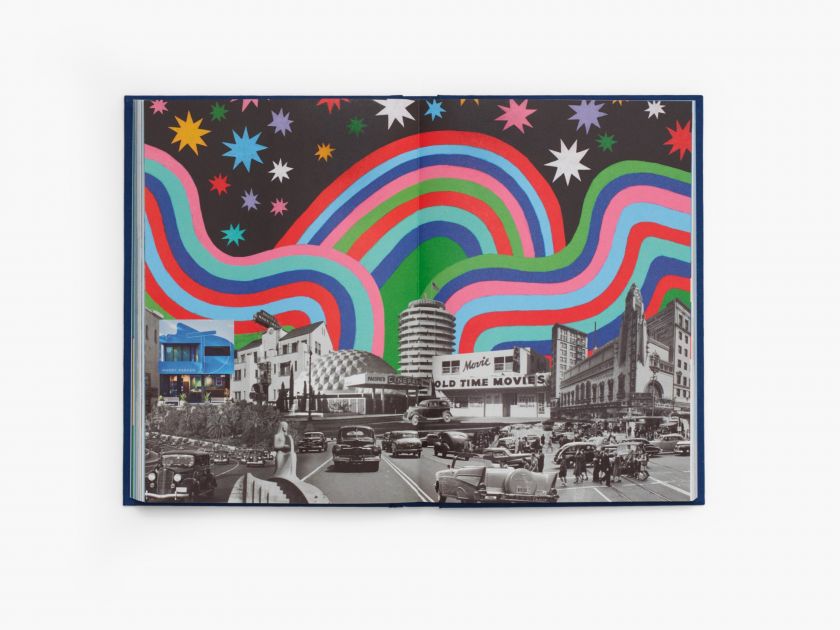 Among the artists featured in the book, who have all created newly commissioned pieces for Warby Parker over the past decade, are Joana Avilez, Stuart Davis, Robert Rauschenberg, Shantell Martin, Geoff McFetridge, Jason Polan, Julia Rothman, Will Shortz, Adrian Tomine, and Chris Ware. To boot, the foreword has been penned by none other than Maira Kalman. “The arts shaped us into who we are, so we’re happy to support them in all shapes and forms,” says Warby Parker, co-founder and co-CEO Dave Gilboa.

Thanks to the breadth of disciplines that these artists work in, there’s a huge range in what’s on show in this alphabetised artist who’s who, including murals, still life images, abstractions, surrealist cityscapes, illustration, painting, printmaking and more. “Their A-to-Z arrangement lends itself equally well to finding favourite names with ease and serendipitously discovering new ones,” says Warby Parker. “It’s truly a collection of far-reaching creative inspiration.”

The book will be available at all Warby Parker stores in the US and Canada, with 100% of sale proceeds going towards the Pupils Project, a programme that helps provide free vision screenings, eye exams, and glasses to schoolchildren in New York City, Philadelphia, and Baltimore. 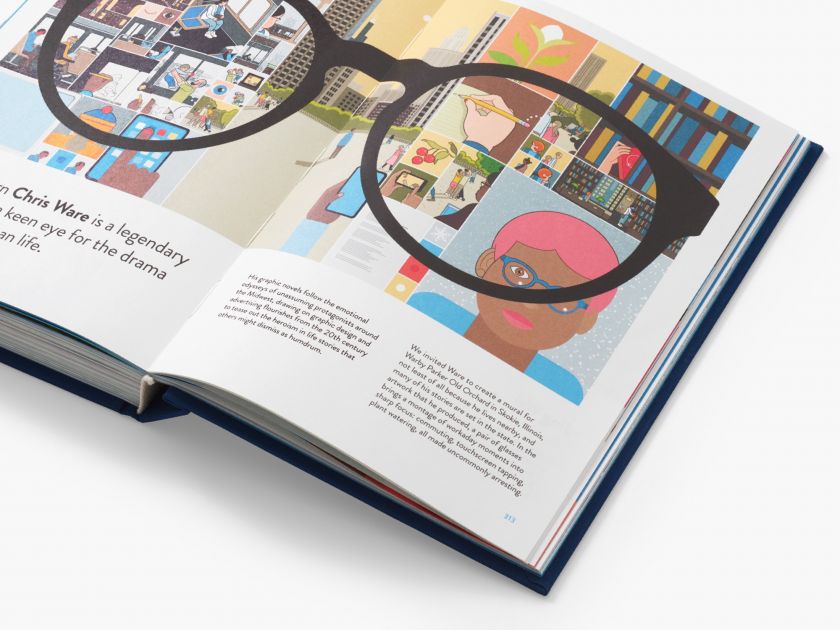 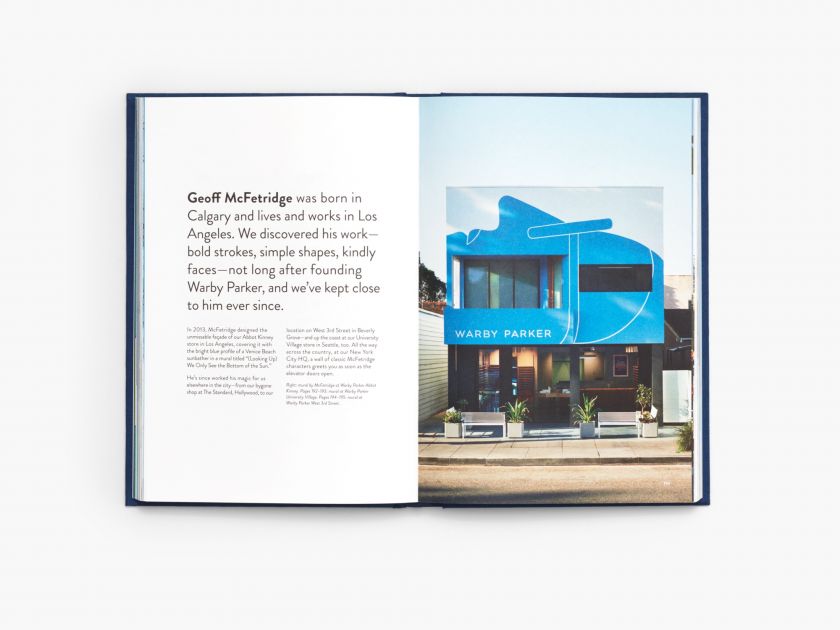 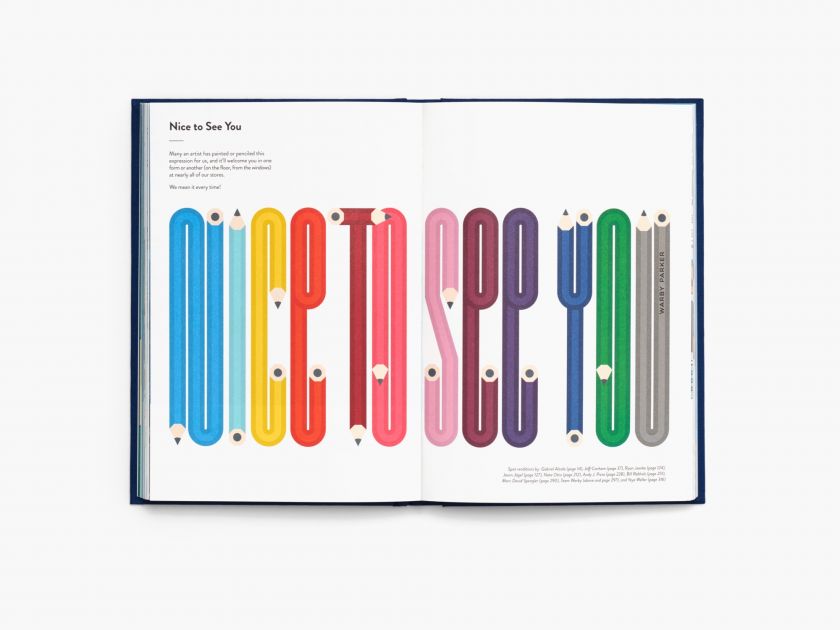 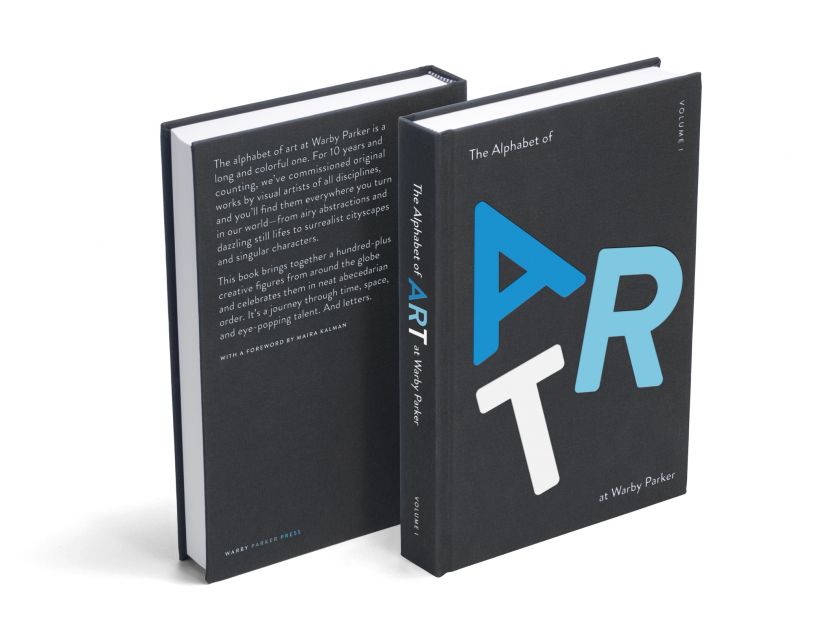