A post-apocalyptic take on creative direction and VFX for fashion 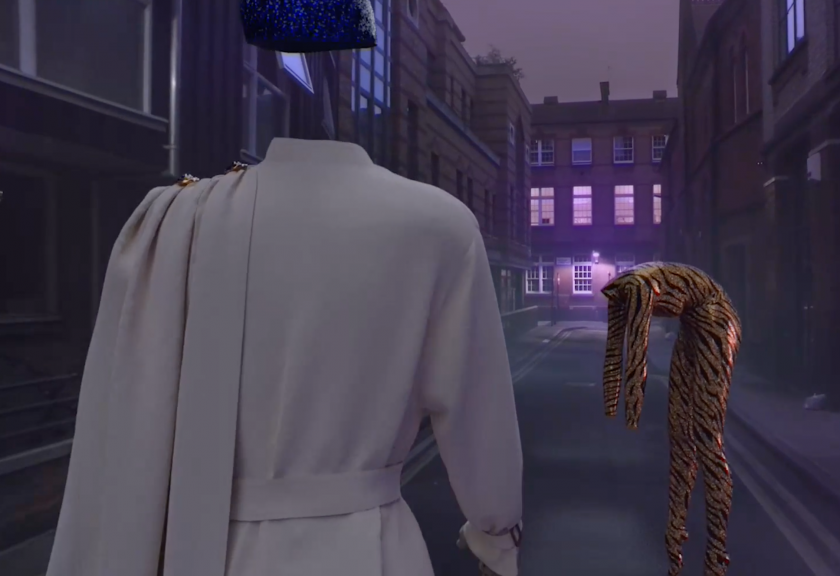 Based in Germany but working with clients worldwide, she’s worked on advertising and editorial content for clients such as Burberry, Dior, Max Factor, Esprit, Wallpaper Magazine and Harper’s Bazaar.

She describes her combination of on-set experience and new media background with 3D and VFX, resulting in “creative projects oscillating between the real and hyper-real,” spanning digital fashion design, multimedia, photorealistic visualisations and “phygital” experiences. 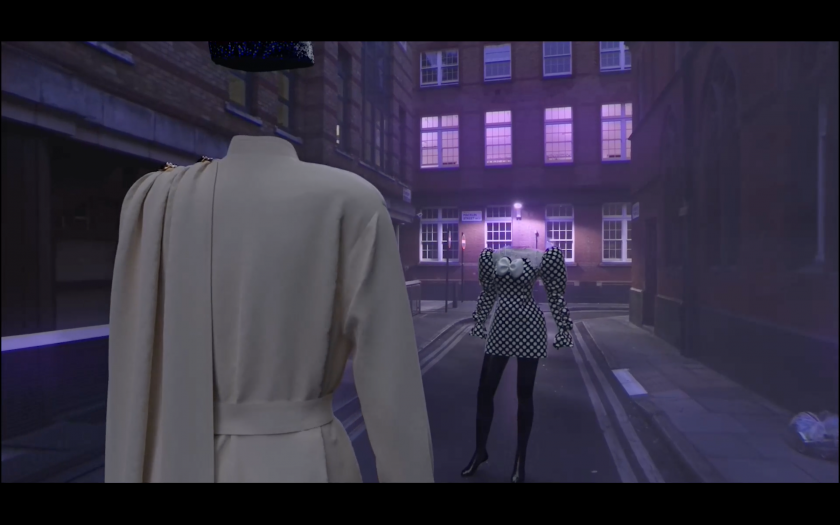 Having recently redesigned her spangly new website, Kubichova is keen to show off her stand out project Night City – a short fashion film that she says is “playing on the intersection between reality and fiction, nature and technology”.

The film is loosely inspired by the aesthetics of William Gibson’s 1984 science fiction novel Neuromancer and stars a strange, futuristic female avatar walking around the post-apocalyptic London streets. As she encourages similarly eerie, vacant vessels, they disintegrate; until she finally meets her ultimate fate: “her own mental counterpart taking the form of a metallic wireframe,” as the artist puts it. “She approaches her(self) attempting to fuse, yet the outcome remains unknown.”

The many avatars who feature in the film are undoubtedly stylish: their outfits are all those as seen in the real fashion shows of Gucci, Balenciaga, Off-White and Richard Quinn.

From a technical point of view, the film is “an exploration of the possibilities of today’s visual technology (3D simulation and animation, match moving, compositing)” and its ability “to overcome physical and spatial limitations,” says Rodrigues. 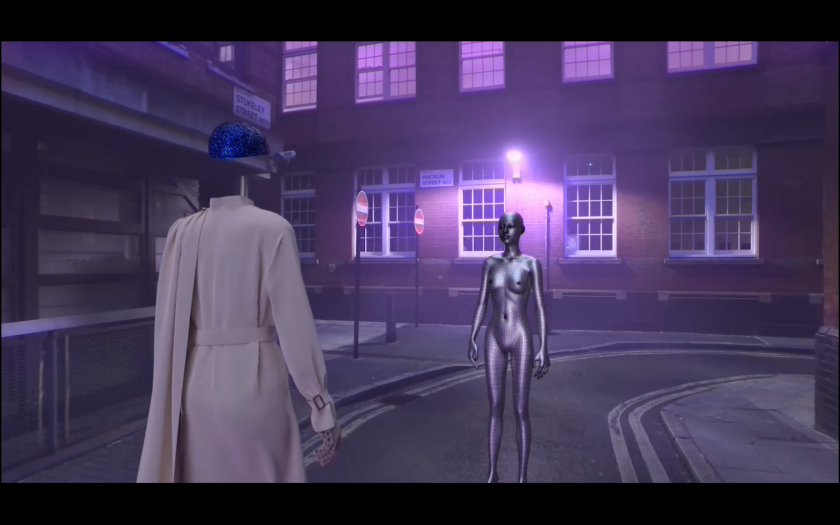