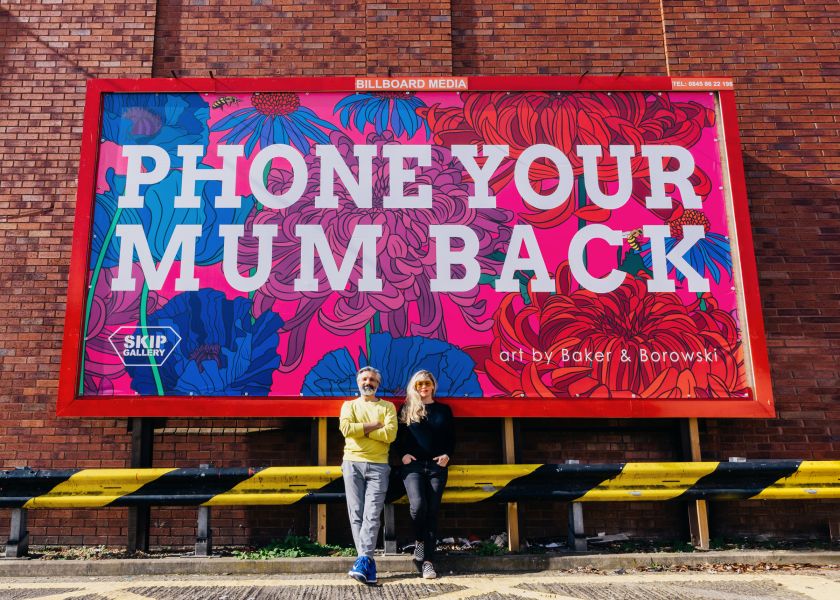 It might be a gentle reminder to “phone our mums back”, particularly ahead of Mother’s Day, but this simple campaign by has a powerful story behind it.

Today, artists Lee Baker and Catherine Borowski have launched Phone Your Mum Back, an artwork that’s appearing around the UK in the run up to Mother’s Day, celebrating the powerful relationships we have with our mothers. Against an international backdrop of the isolation caused by Covid-19, the artworks, made in collaboration with Flyingleaps, act as a simple nudge to remind people not to miss the opportunity to communicate with their mum in case it’s “the last one they get”.

The artwork was inspired by Catherine’s own story which began when she was nine years old, living in north London, and her mother converted to Islam. Although a completely different way of life ensued, Catherine and her mother remained close, and in later years her mother, Aliyah, was grandmother to Catherine’s son Loris. Aliyah would take yearly Umrah pilgrimages to Mecca and it was here in 2016 that she died. She gave permission for her mother’s burial but only has a scrap of paper with coordinates of the grave on. Saudi Arabian law means that non-Muslims are not allowed in Mecca, although one day she hopes she may be able to visit. “I was on holiday and kept missing calls from a UK number that I didn’t know,” she says. “When I was checking out, I was able to call back and it was my mother’s travel agent, letting me know that my mother had died.

“For me, this artwork is a chance to say – don’t miss that last opportunity with your mum, or any opportunity to talk to her. We want this piece to be accessible and connect with as many people as possible, because we think it resonates with so many, which is why we’ve chosen to display it across the country rather than in one gallery or installation.” 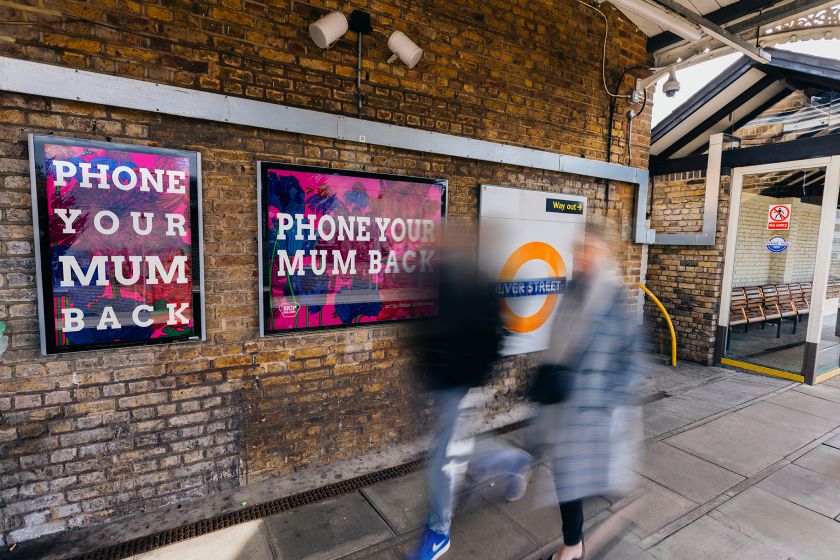 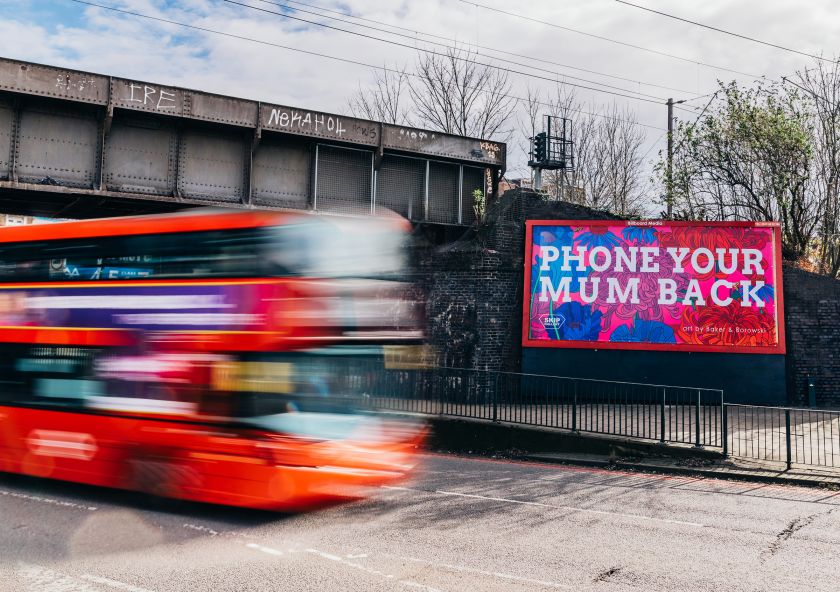 Lee says: “I had a troubled relationship with my mother until I met Catherine. My mum is an Iranian Muslim, and my dad was a British atheist. I would often purposely miss her calls and then not call her back. Catherine made me realise that I should try to repair the relationship, and that what seems like a small thing to me – calling her back – could lift her.”

Catherine adds: “We know not everyone has an amazing relationship with their mum, but we are saying that if you can repair and make peace with your mum, give it a go. For Lee, this is a response to years of not phoning his mum back but for me, it’s knowing how it feels when your mum suddenly isn’t there.”

Phone Your Mum Back can be viewed on billboards in Edmonton, Enfield and North Finchley, Barnet; on a footbridge over the A23 at Bolney, near Haywards Heath and on posters around cities including Manchester, Glasgow, Bristol, Cardiff and Brighton. Prints of the artworks can be bought for £30, with Baker & Borowski donating 100% of their profits from the sales of the first 100 prints to social enterprise, . 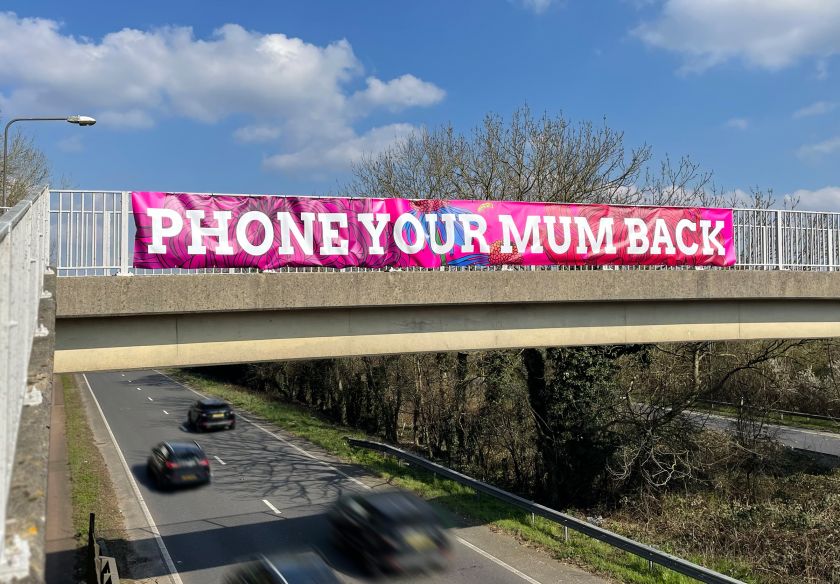 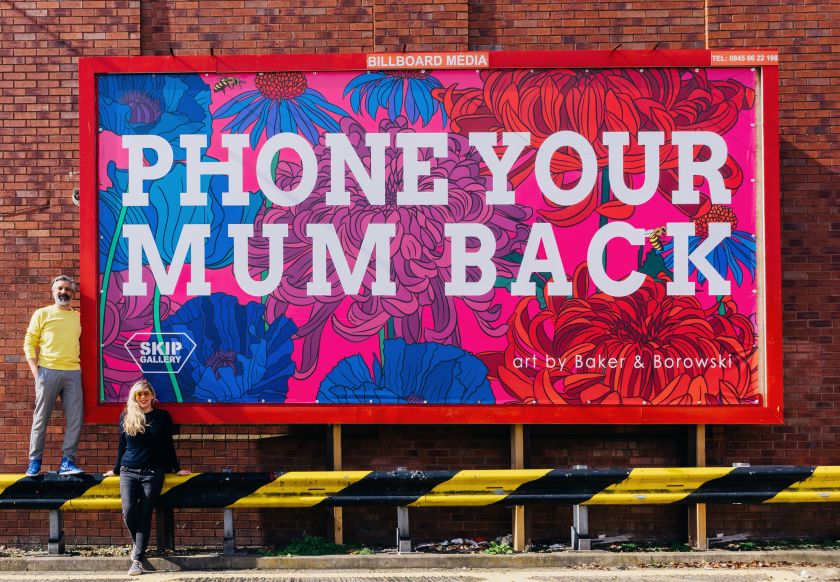 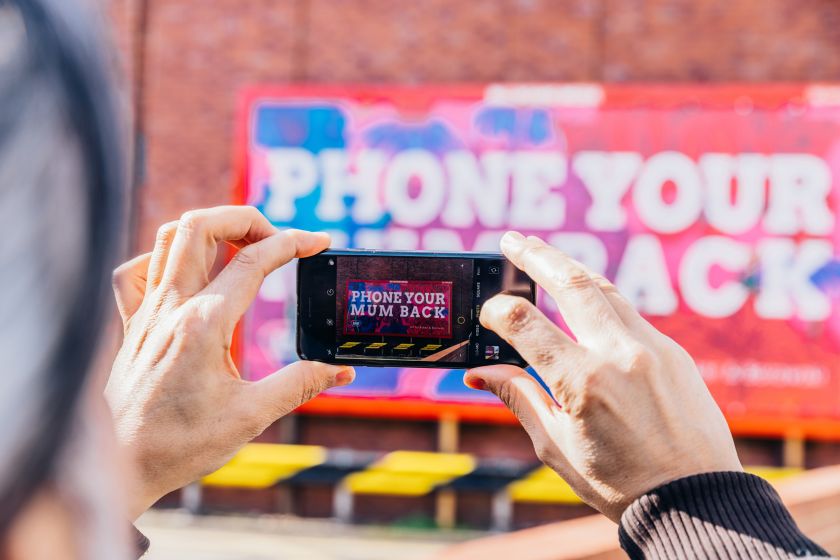