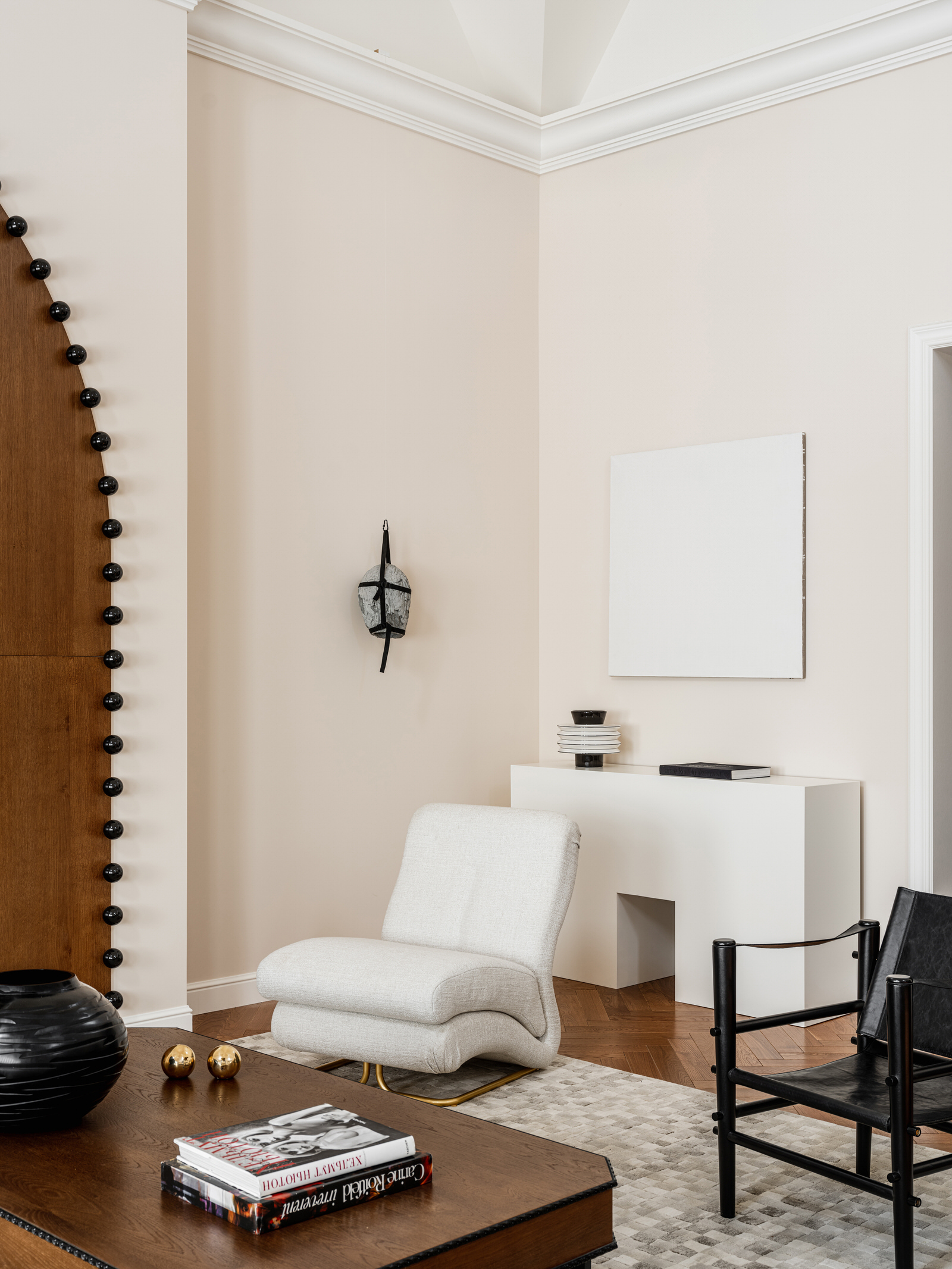 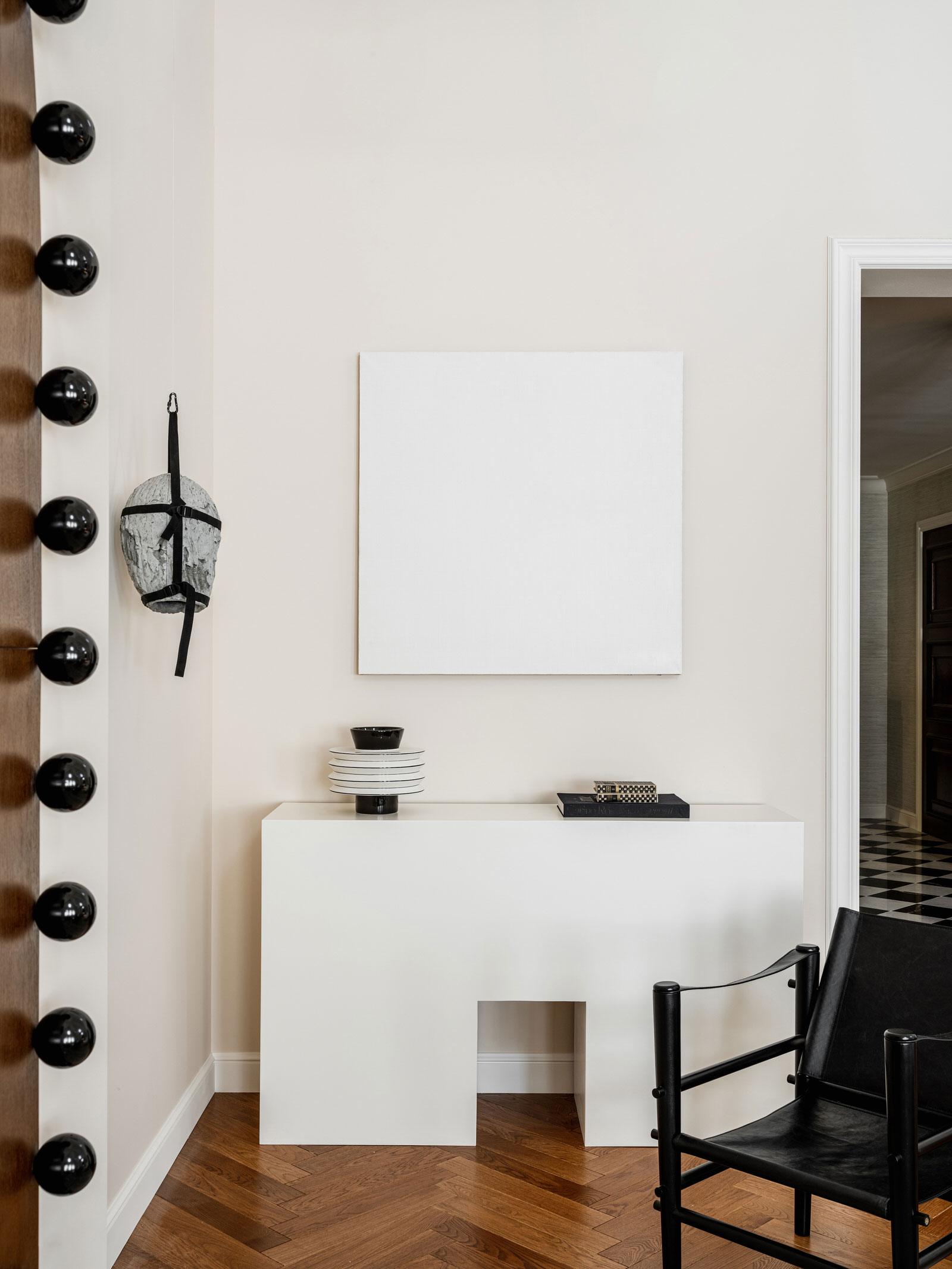 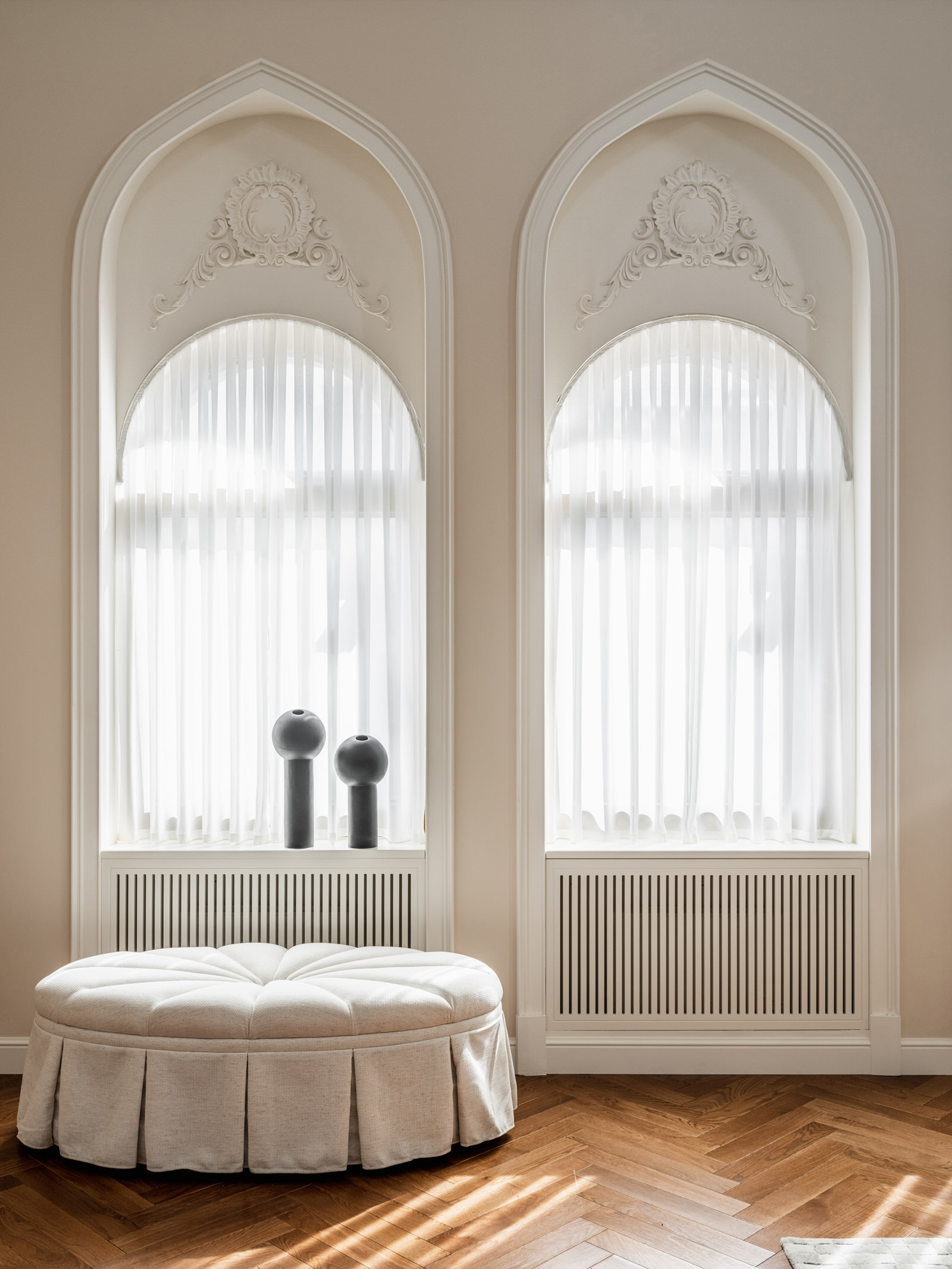 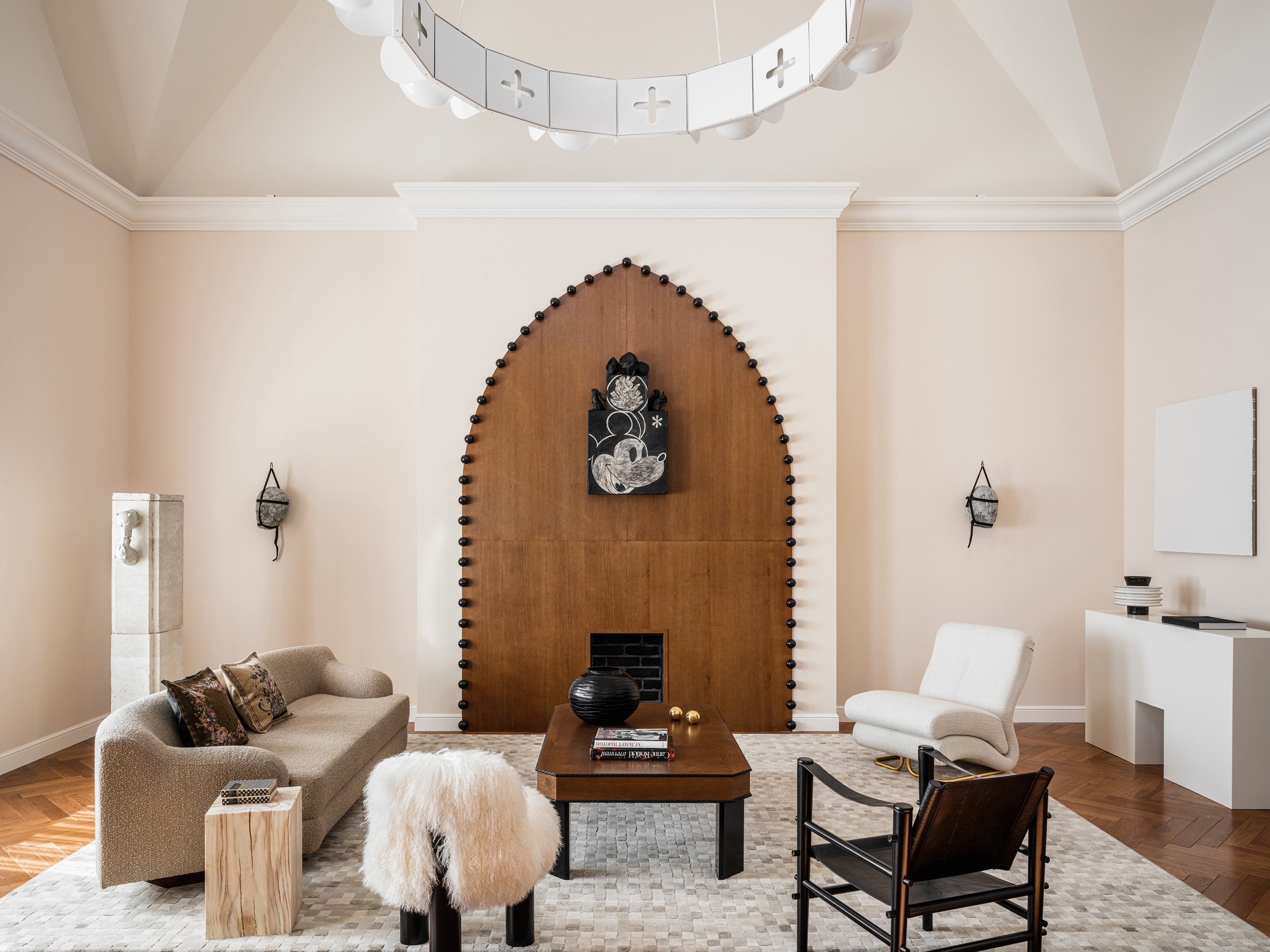 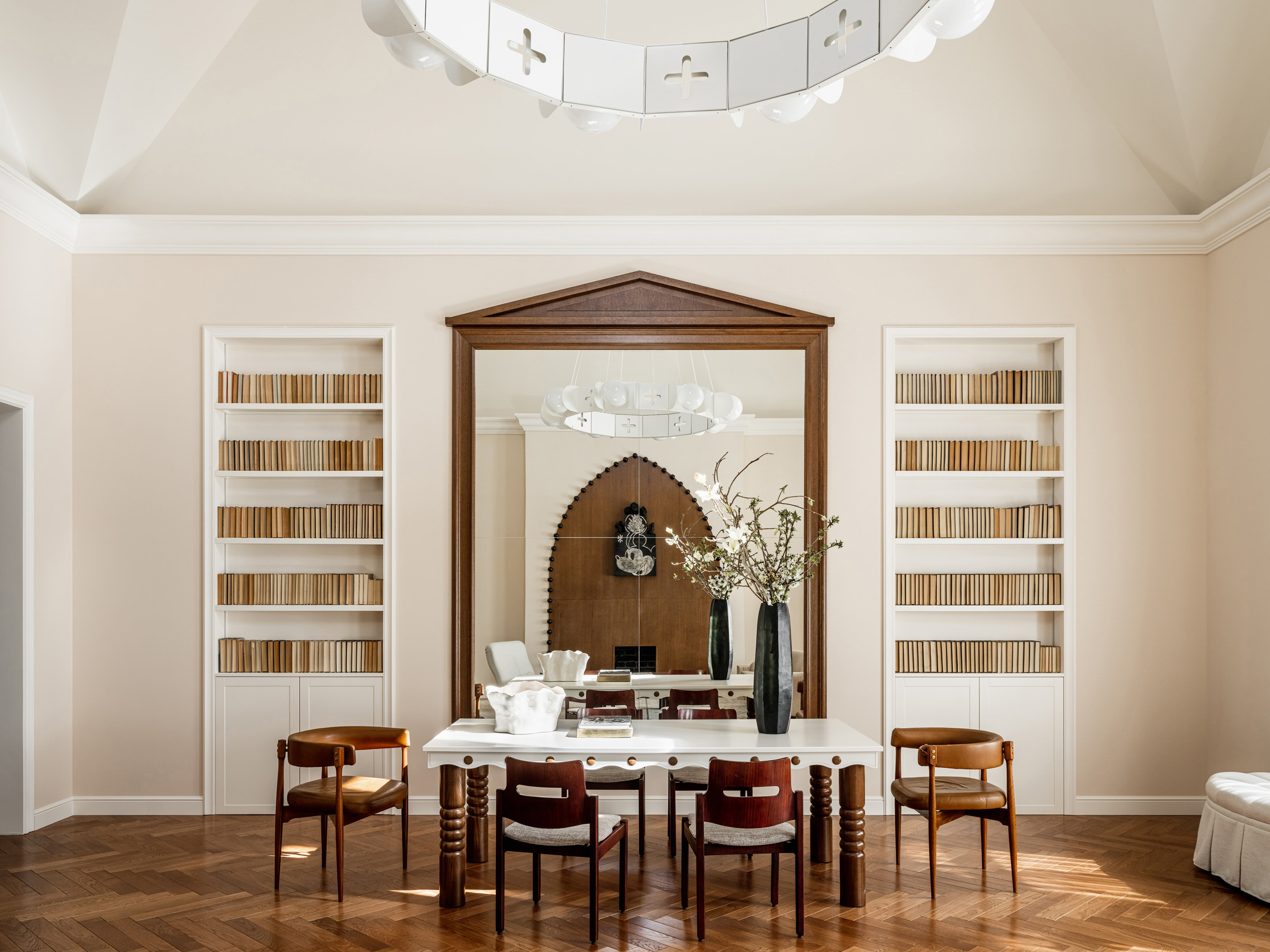 On the top floor of a palatial  enclave in , hides a Rapunzel-like bolthole with a 22-meter . But unlike the doorless tower in the fairytale, Maria Grudina’s apartment has no shortage of doors and windows. “It was the princess’s tower that every girl dreams about from childhood,” says Maria, who snapped up the apartment when it was nothing more than a bare-walled shell.

When Maria chanced upon it, the apartment wasn’t exactly hot property. Potential buyers were ruffled by its outrageously high ceilings and the natural light wasn’t up to the mark. But Maria saw potential—in spades. So much so, that she wasted no time in enlisting St. Petersburg-based interior designer to turn the into a spiffy creative studio; one where she could host literary events and cultural meet-ups, a place her imagination could run wild. 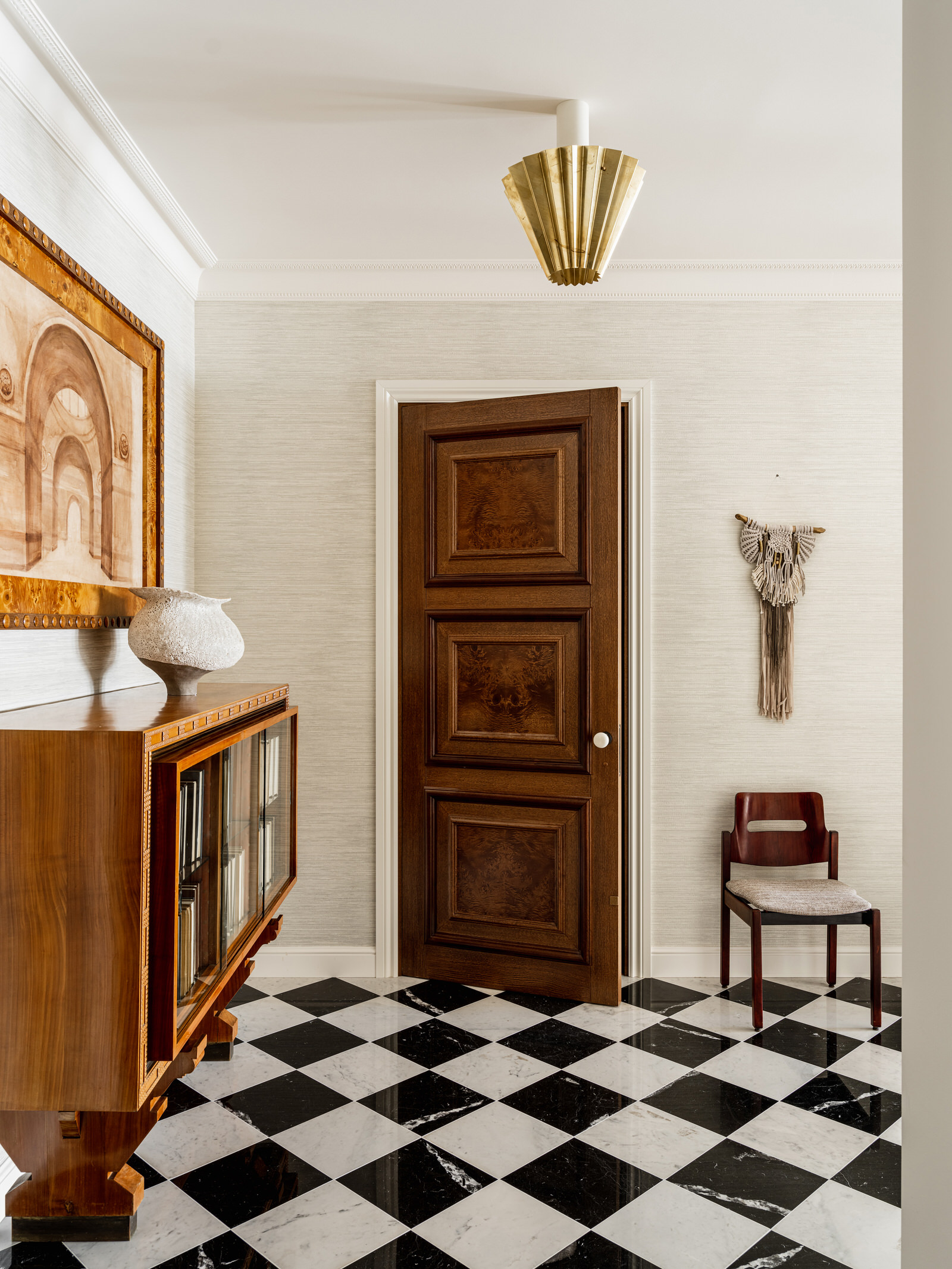 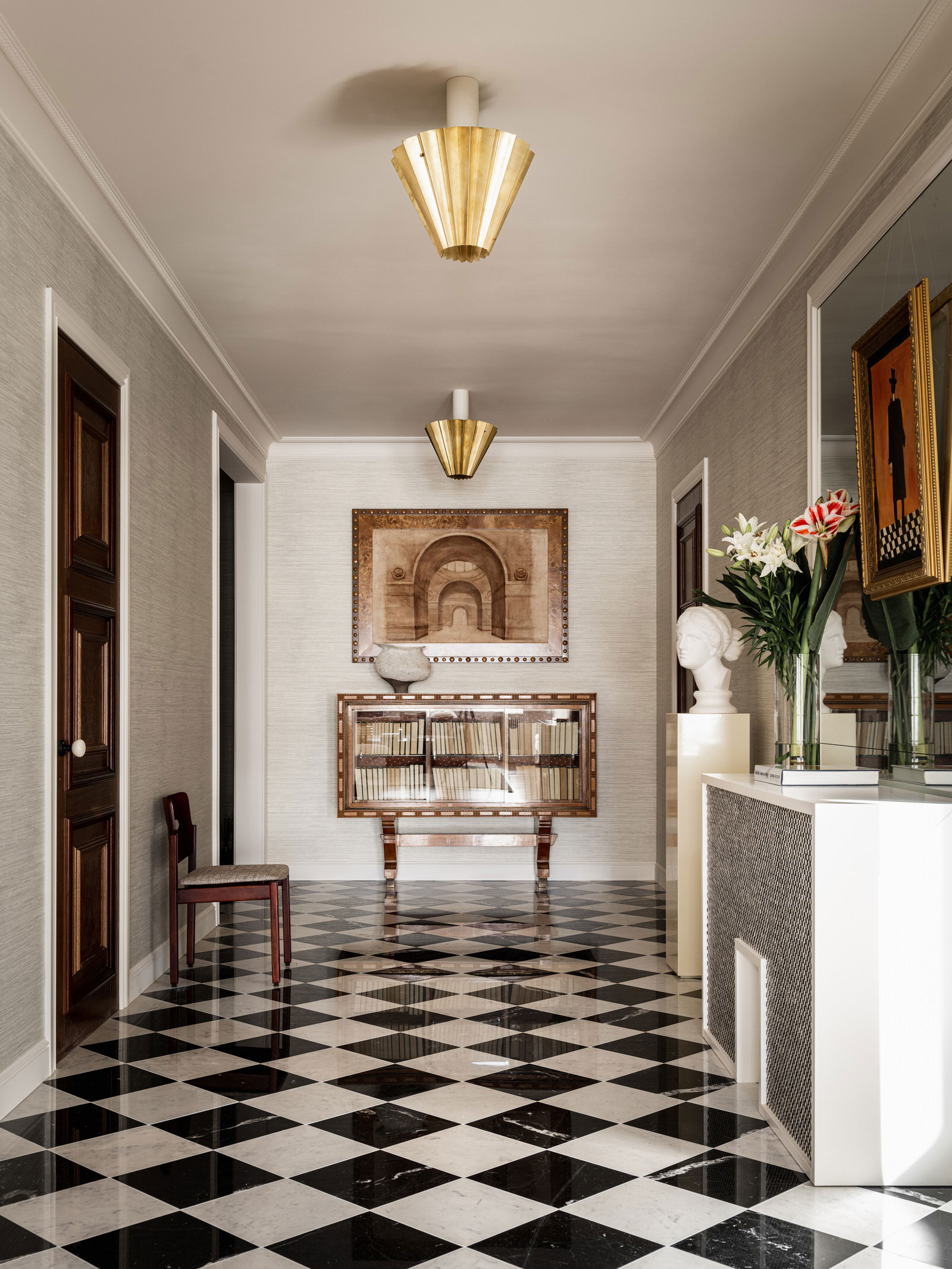 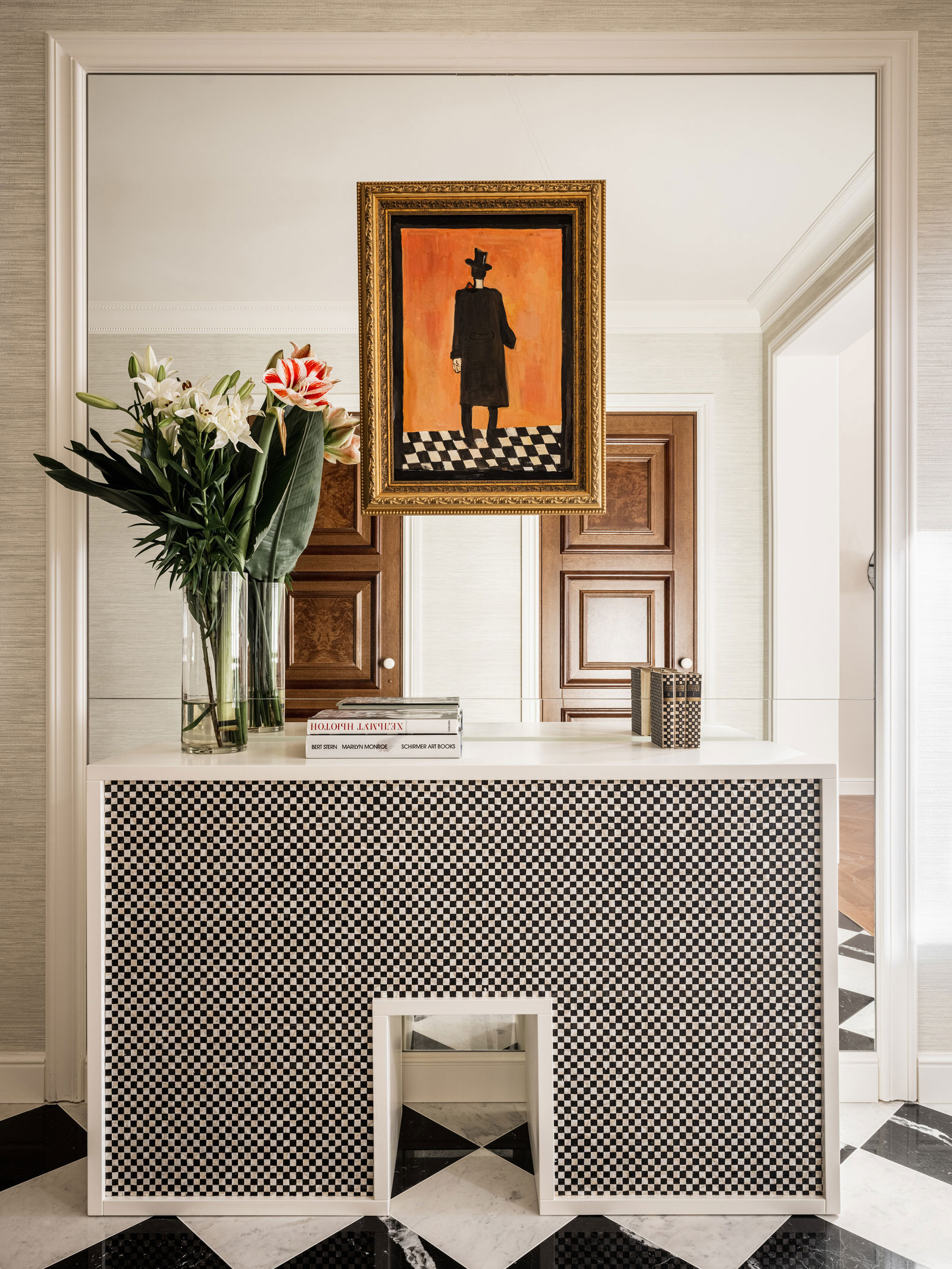 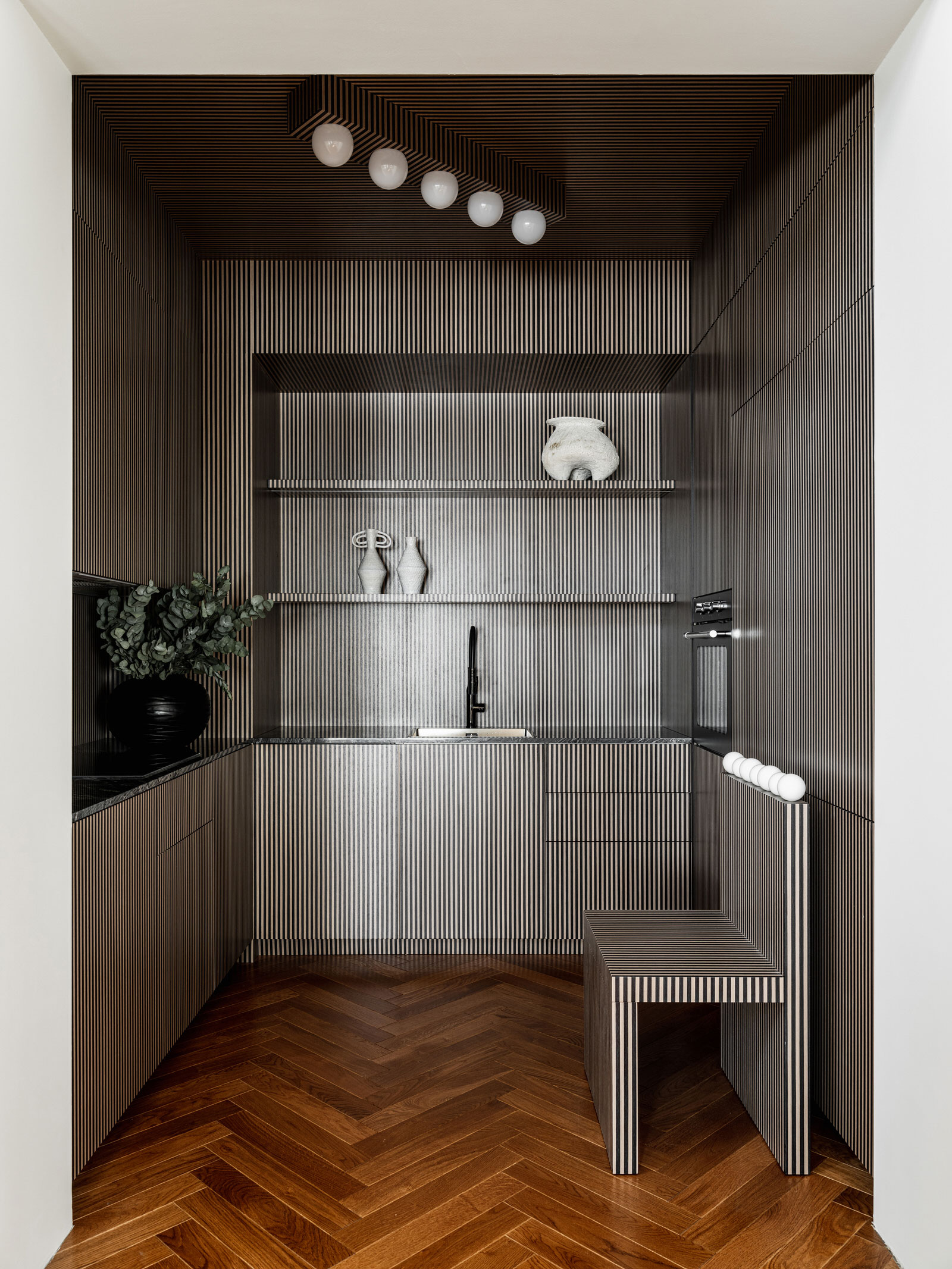 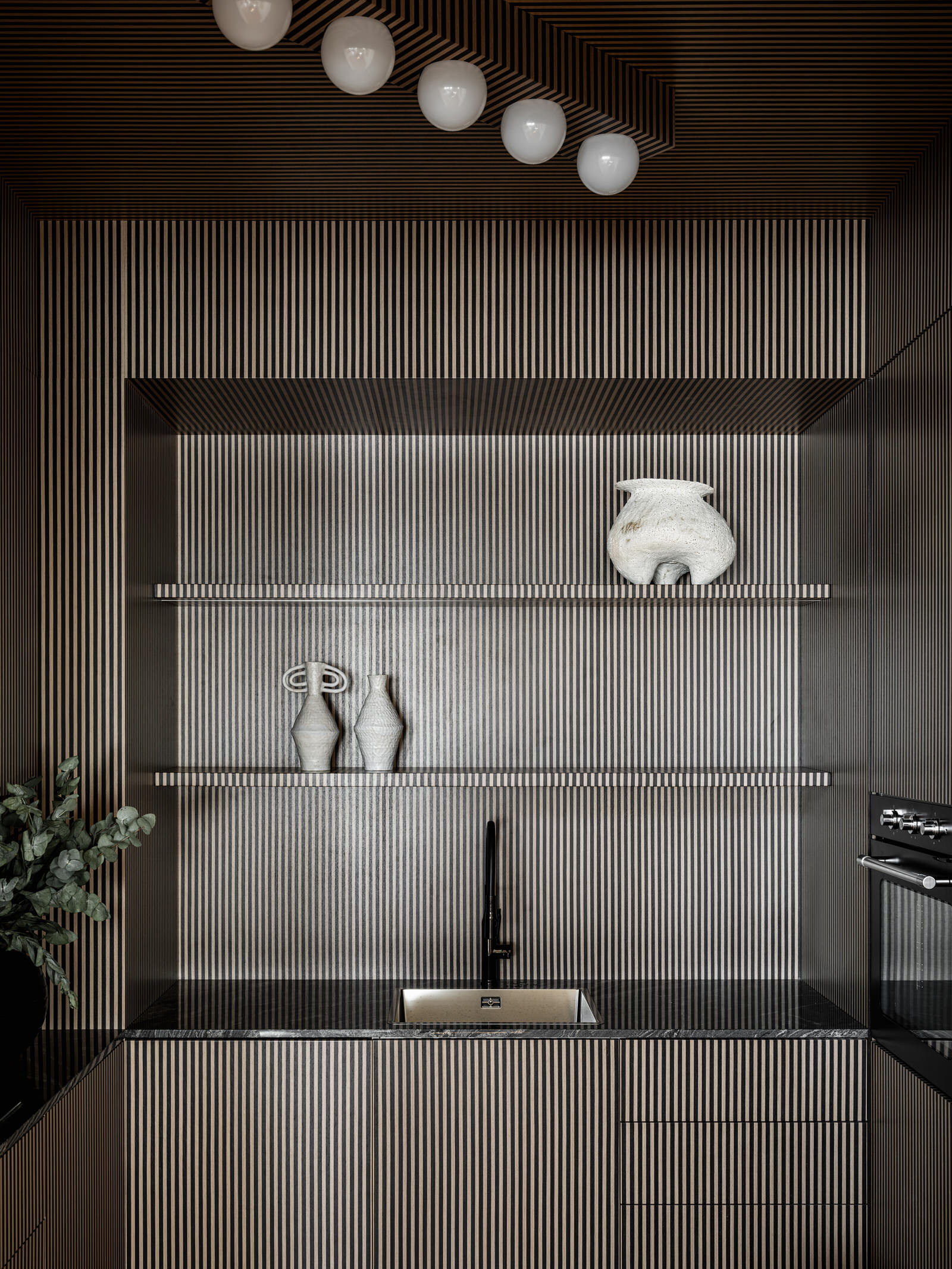 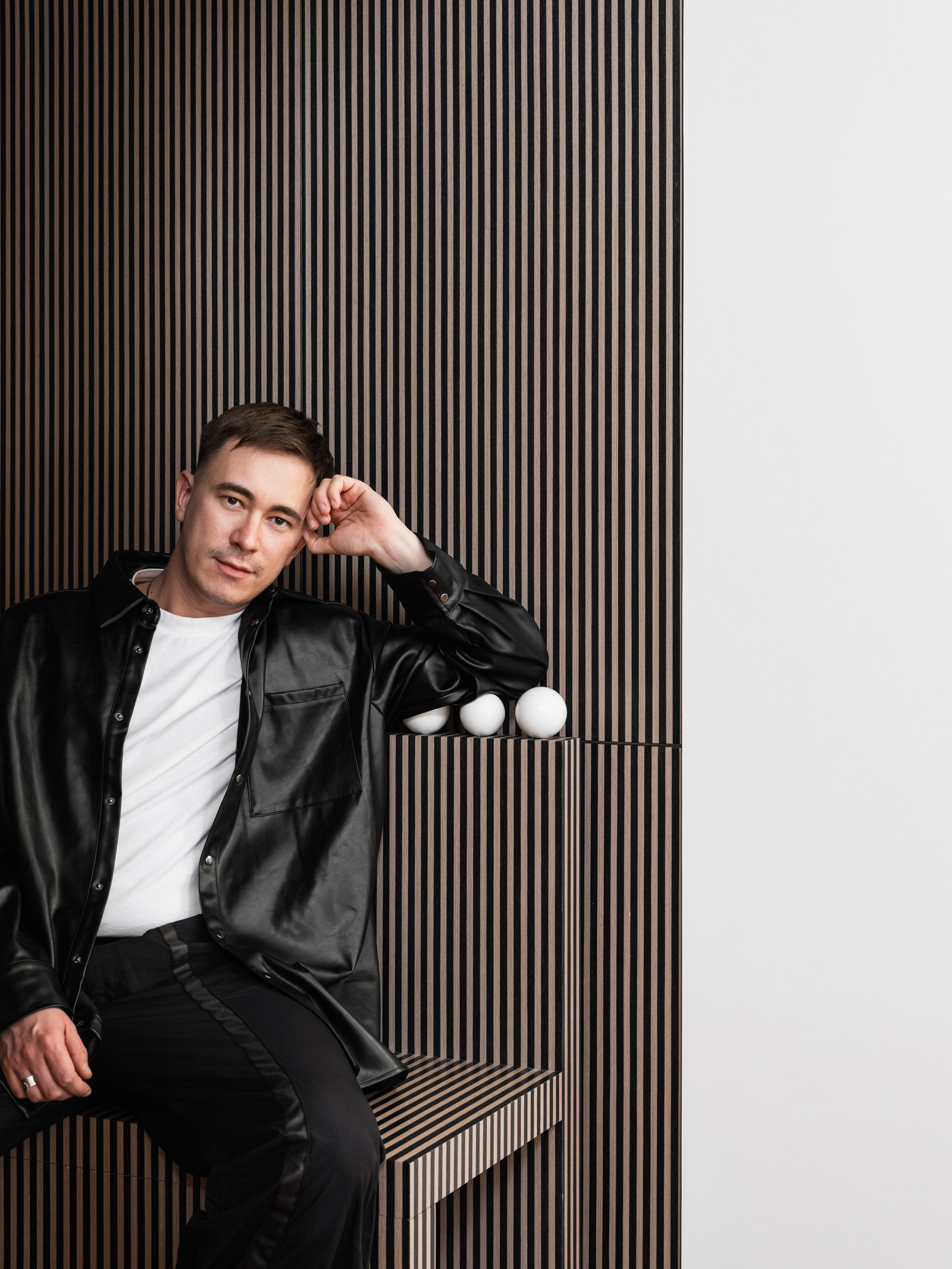 Tim had always been Maria’s go-to designer, having designed several of her properties across the world. And given their long-standing friendship, Maria trusted that he would be able to anticipate her needs largely unprompted. “Russian interior design tends to be very conservative,” Maria rues, adding, “[But] I like Tim’s bravery, the way he brings his clients out of their comfort zone. If you can be brave along with him, you get great results that are unusual for . He has a truly international vision.” Remarkably, Tim has never formally studied design, so it’s no surprise that his aesthetic skews edgy.

Maria’s apartment is a charming design oddity, wildly swinging between monochrome and kaleidoscopic colour, Russian conservatism and Disney pop. The foyer, for instance, is reminiscent of a Russian palace, with checkerboard flooring in natural black-and-white marble. The crisp, dual-toned vibe continues in the kitchen and a zebra-striped marble bathroom. 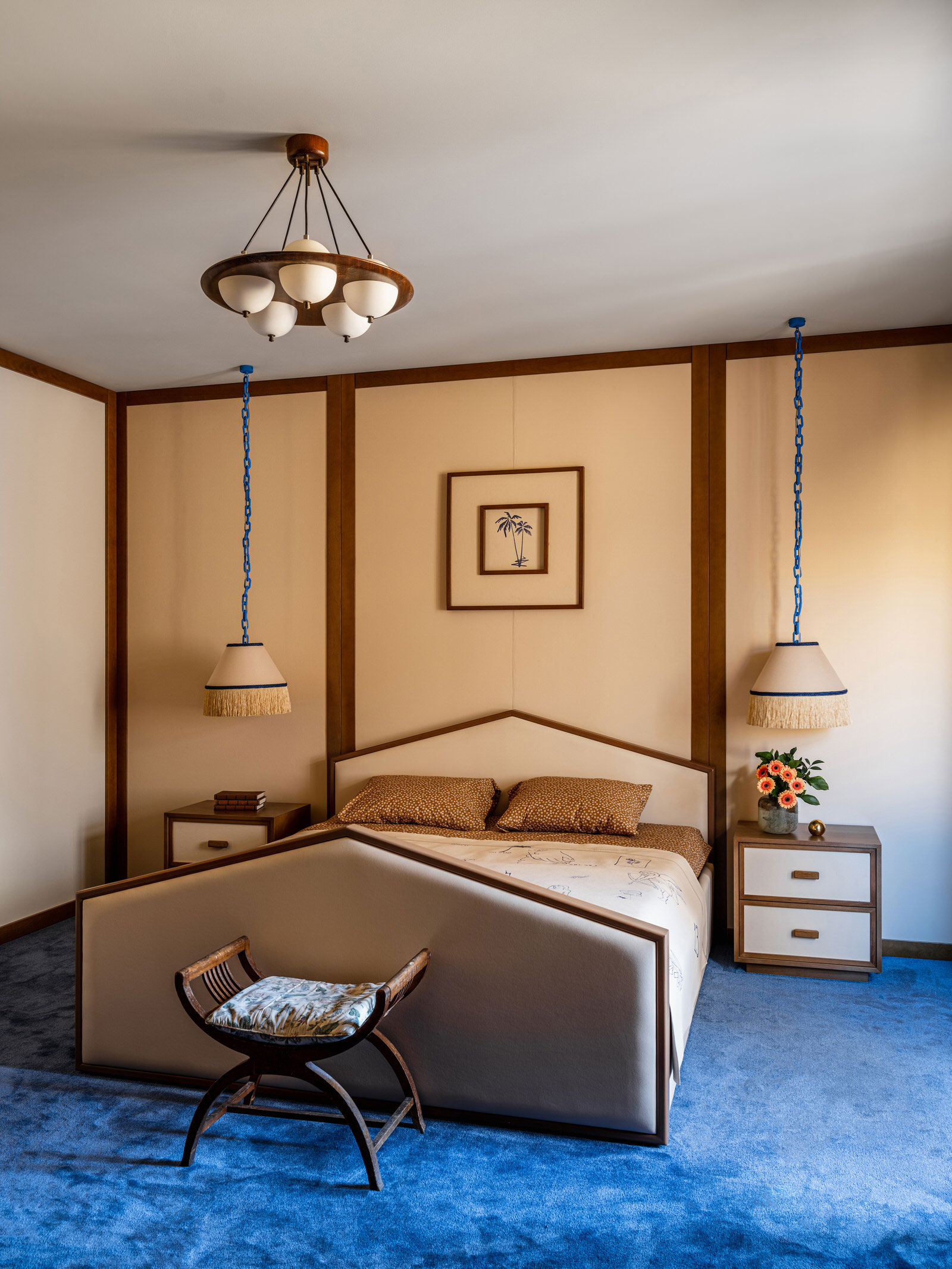 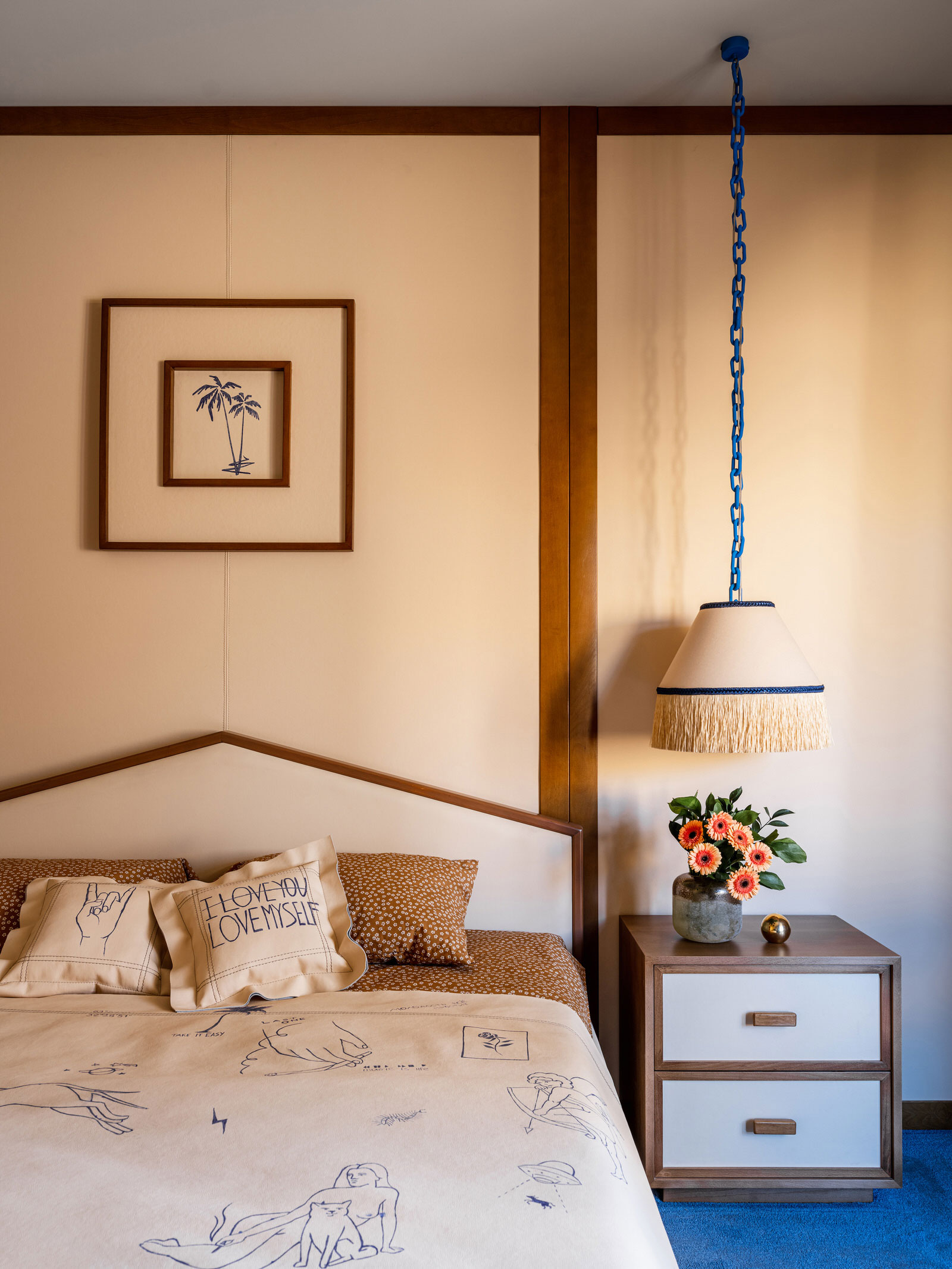 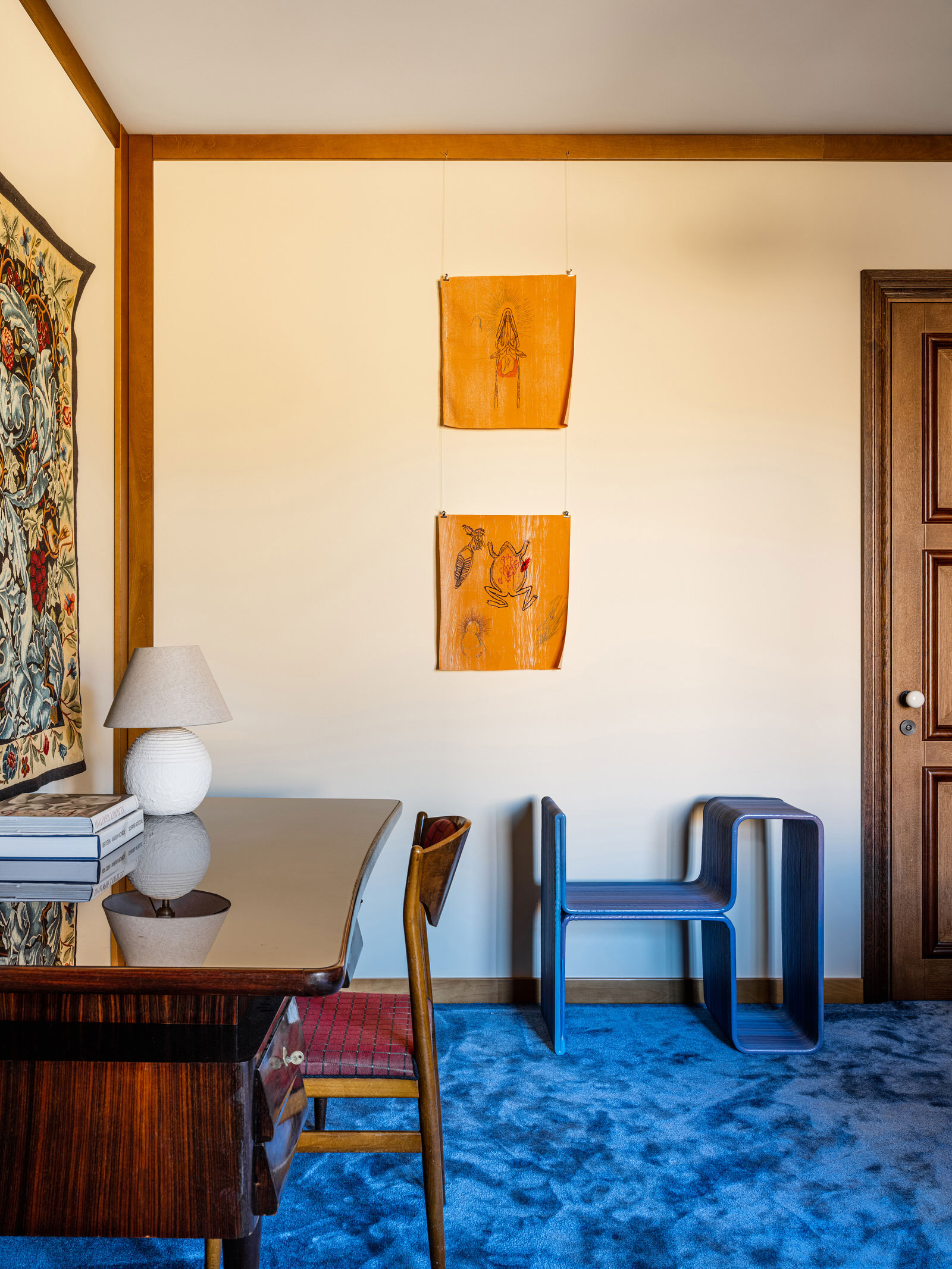 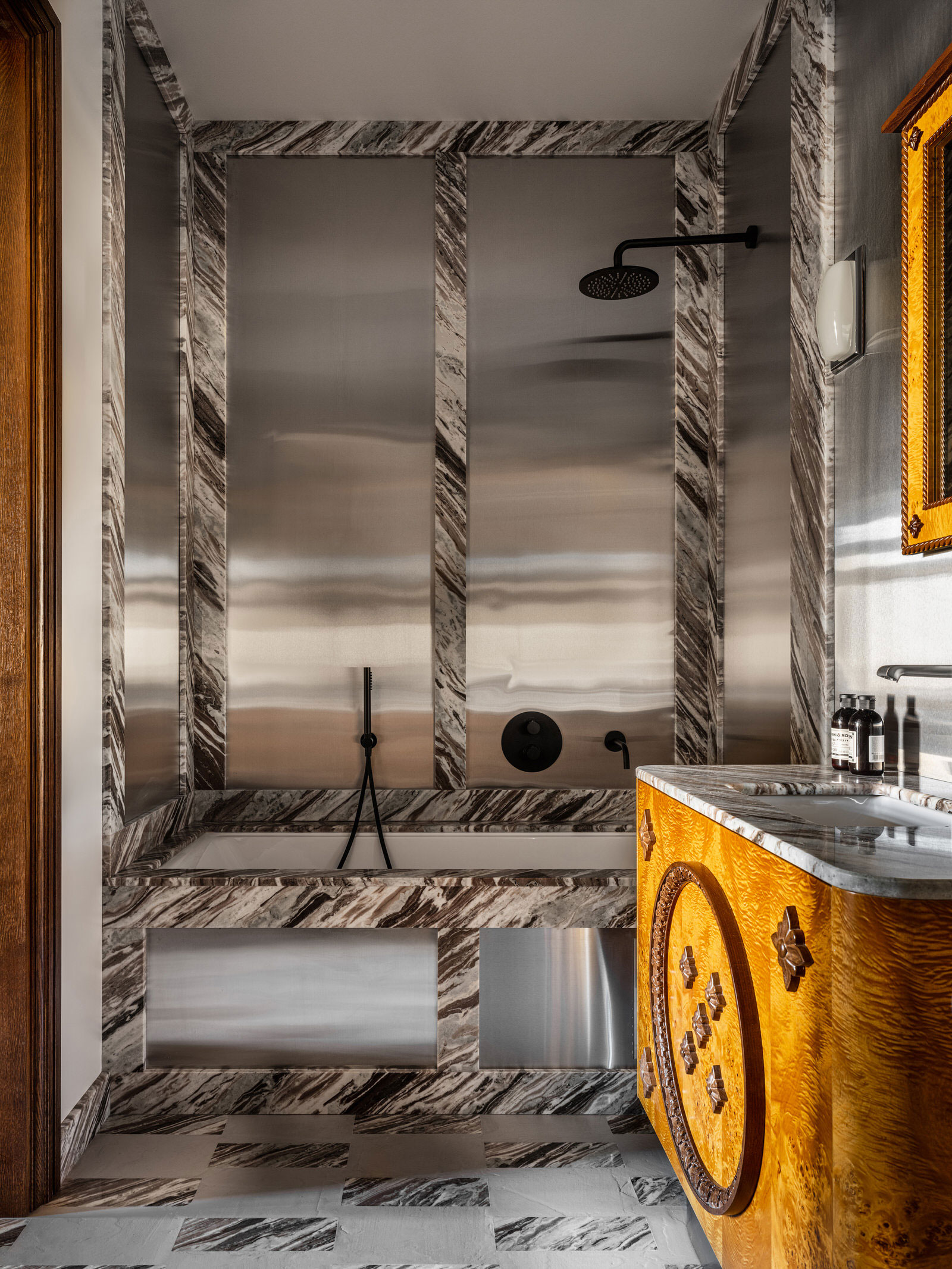 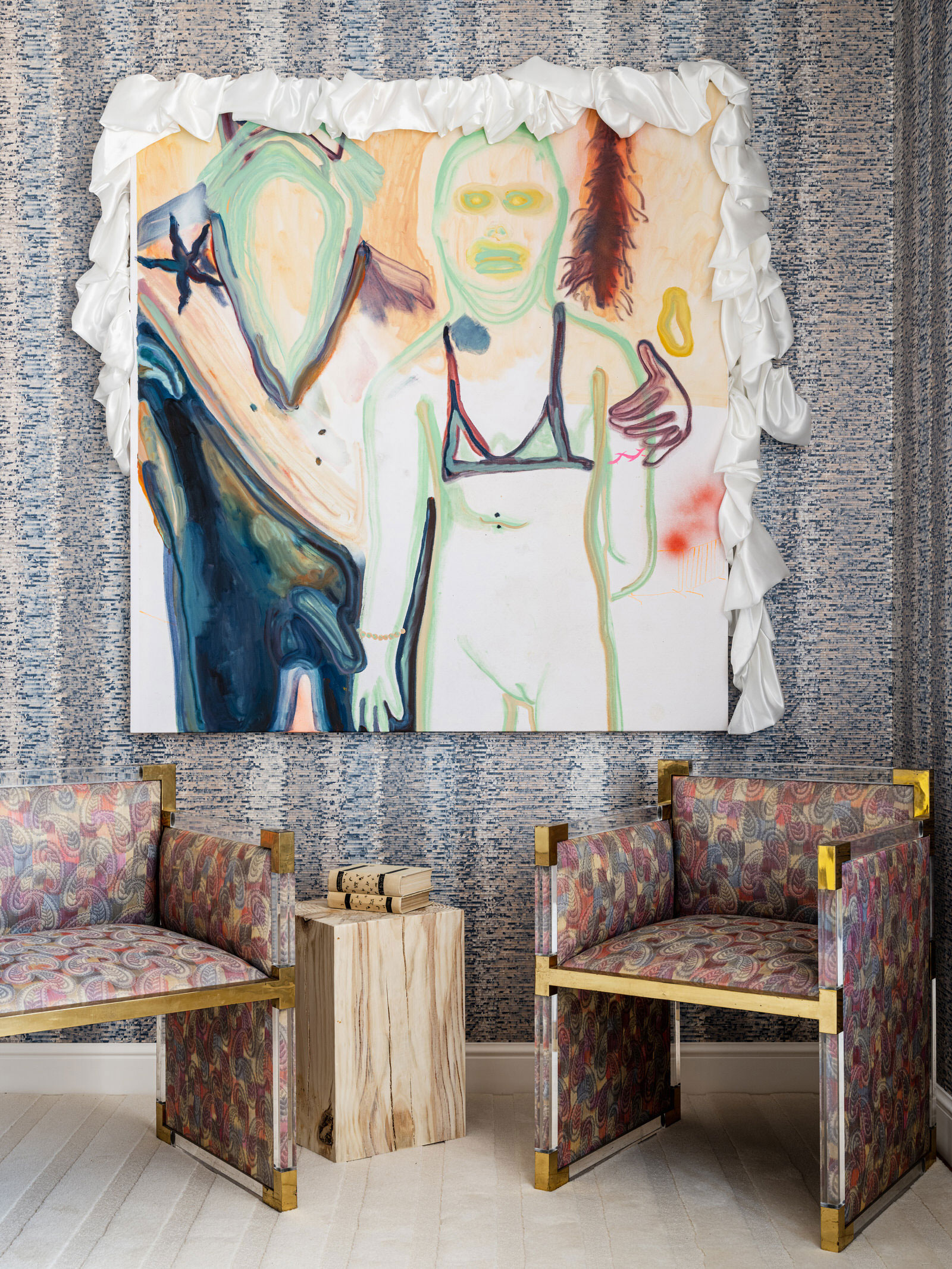 Despite the lofty ceilings, natural light had been an elusive visitor until Tim stepped in. In a bid to invite the sun in, the designer broadened the living room windows with white stucco arches inspired by traditional Russian architecture. He then turned his attention to the walls, doffing his hat to St. Petersburg’s eighteenth-century Italian-style palaces, with elaborate Curlicue moulding; and the ceiling, with a custom chandelier evocative of Orthodox churches. Then, he went full cartoon-pop supernova with an Orthodox-style Mickey Mouse artwork above the fireplace.

But that’s just the beginning of the home’s fantastical counterculture. Because step into the master bedroom, and you’ll be taken back to a pre-Disney USSR where tapestries were the true treasures. The guest bedroom, for example, displays a dazzling William Morris tapestry that recalls the famous wall rugs of Soviet times. Below it, a 1960s Italian desk lends a European flair. Curiously, the guest bedroom is the kind of place that would have been considered a great underground hideout in the USSR. A painting depicting a barely clad woman in the clutches of a beast is perhaps a bold reference to yet another Disney classic; indication enough that the house Tim created for Maria is nothing short of a fairytale.