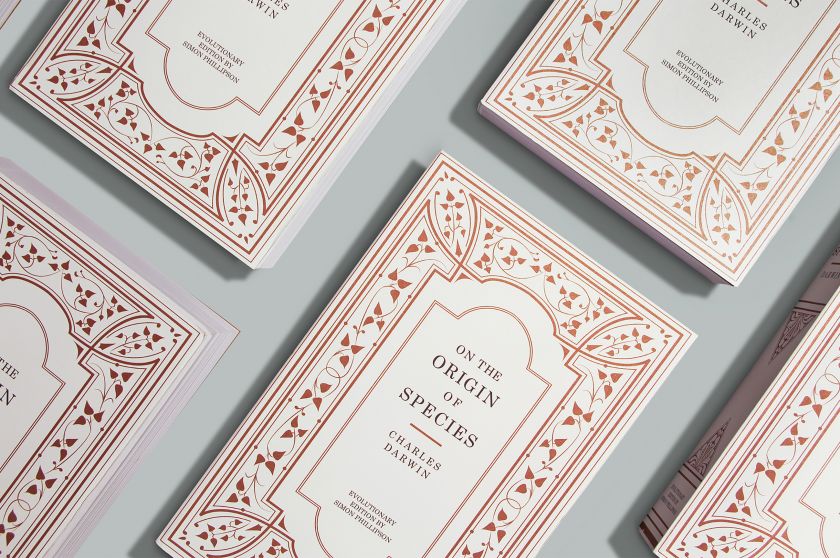 It must have been some feat for British graphic designer Simon Phillipson to create a new edition of Charles Darwin’s classic , highlighting all the linguistic changes the famous naturalist made between the book’s first and last publication.

The evolutionary format of the new book allows you to see all the alterations Darwin made over 13 years, from 1859 to 1872, as he tested, reviewed and better understood his own theories and responded to his critics.

Covering 964 pages, printed on 30 gsm bible paper (a reference to an “atheist’s bible”, according to Simon), and printed with black and special metallic bronze ink, this soft-bound book isn’t just a treasure for Darwin fans that uncovers a hidden story; it’s also a beautiful tribute to typography and design. And it’s all set from the original Victorian letter-pressed typesetting of the final edition printed in 1872. 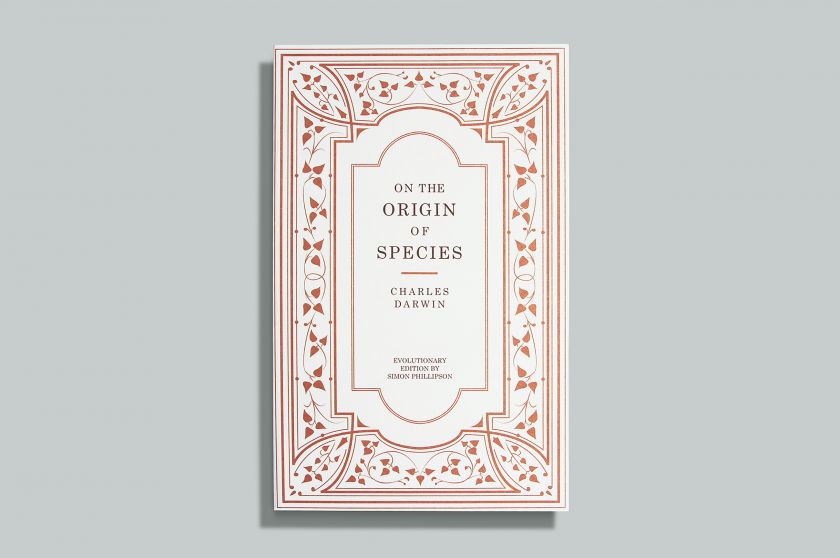 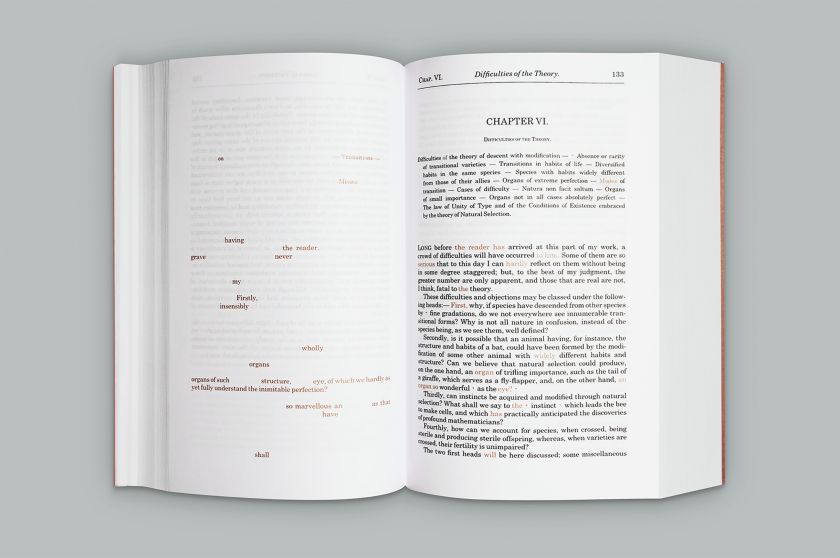 Although similar editions have been made over many decades, Simon’s version is unique in that it doesn’t read like a traditional book: you see the full text of the final edition of Darwin’s book displayed on the right page leaf and all the corresponding changes he made presented on the left.

What you end up seeing are punctuation marks, words, sentences and paragraphs that have been lost or edited over the last 162 years. It’s an incredible achievement for Simon who began the project while studying Typographic Graphic Media Design at the London College of Communication in 2010. “Combining my interest in Darwin’s story on evolution and letterpress printing and book design, I started out with a rough theme for this project,” he tells us. “Eventually, it became clear to me that I wanted to create a book that visualised ‘the evolution’ of the story on evolution. By highlighting all those changes made between each of the six editions.” 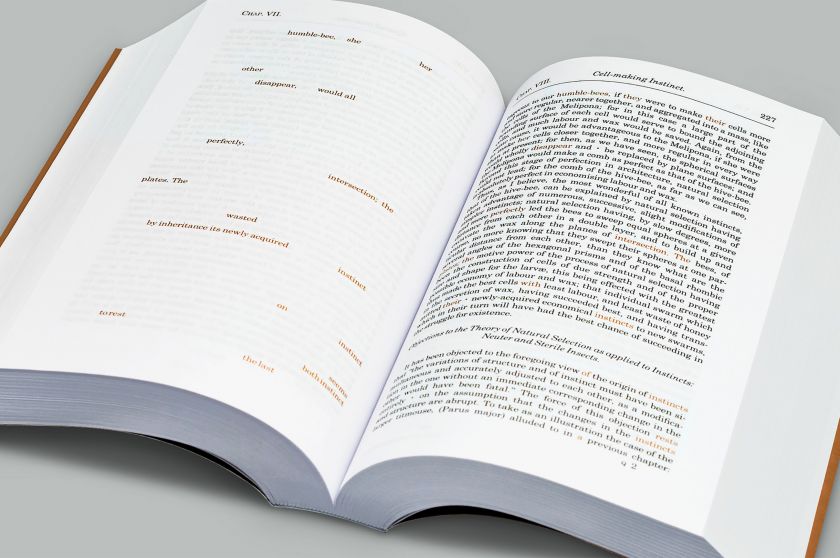 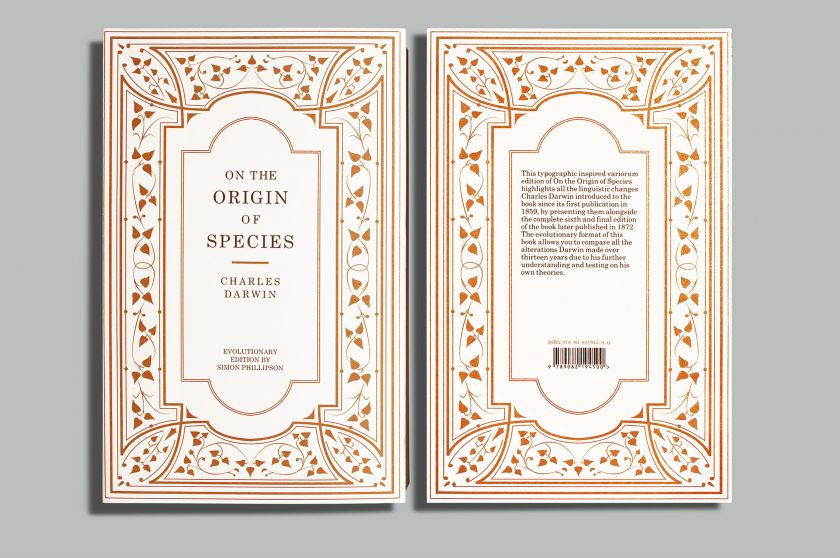 It wasn’t until a few years later that Simon decided to revisit the project, finishing off the remaining 13 chapters to complete and publish the book. “The research and design of the remaining chapters took me several years to complete. Over that time, I analysed and compared by hand, each of the six editions simultaneously to track the alterations and changes made between the different editions,” Simon continues.

“Once I had completed this step, I then typeset the ‘lost text’ on the left page, and to match the final book text on the right page. All of this had to be done manually in order to recreate the exact layout of the letter-pressed edition of the book released in 1872.”

You can purchase Simon Phillipson’s typographic-inspired variorum edition of On the Origin of Species at . And follow its story on Instagram or . 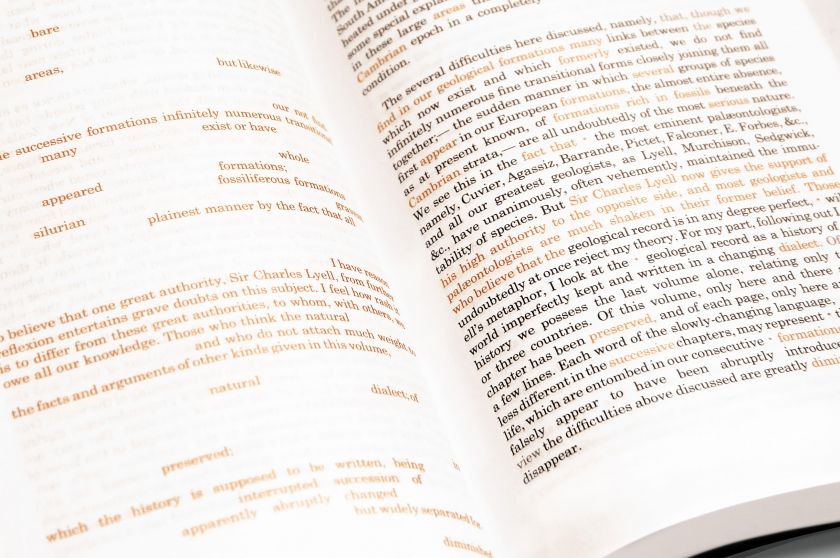 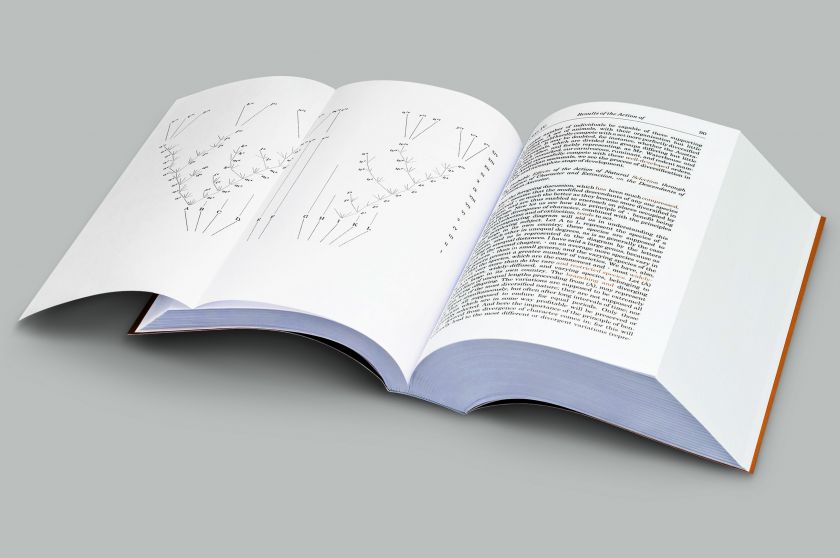