After spending a few years hauling and selling antique rugs from its trunk, a vintage Mercedes underwent a lavish makeover with one of the plush textiles. A project of photographer and designer , the luxury model is lined with pieces of a Farahan rug that covers its floorboards, trunk and subwoofer, and rear deck, adding colorful, ornate patterns to the otherwise streamlined interior.

The retro revamp was part of Kennedy’s decade-plus repair of the vehicle and a collaboration with a professional upholsterer, who aligned the motifs under the dash and centered the main design in the trunk. “He also told me he had broken three pairs of $100 scissors in the process. Persian rugs are clearly built to last, just like a diesel Mercedes,” Kennedy wrote in . “All cars of any value should be sculptures, works of art that carry the spirit of their owners.”

In addition to running his Los Angeles-based shop , Kennedy is working on a similar customization for a Porsche 911. He’s also been transforming the carpets into garments and shoes, which you can see on . 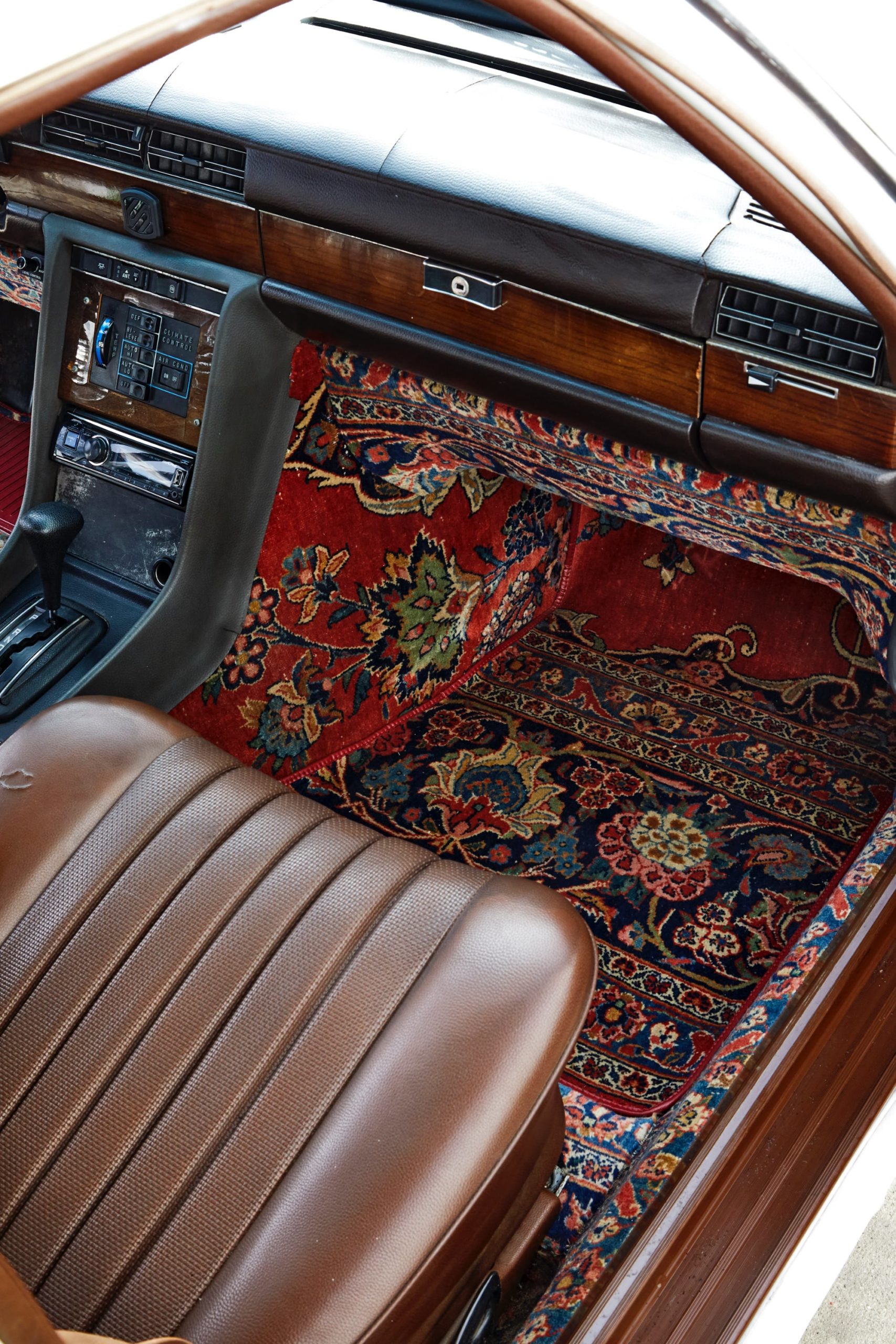