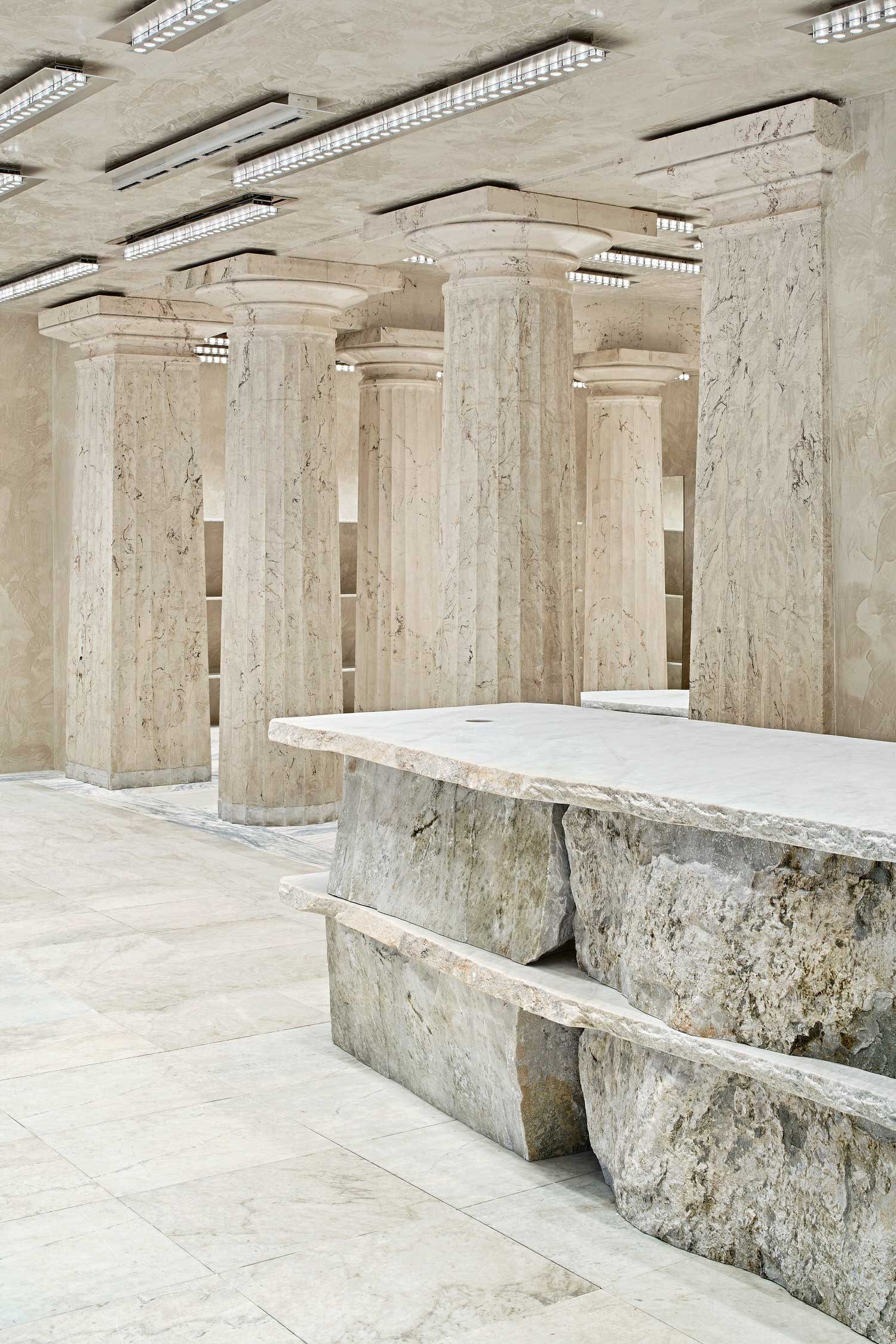 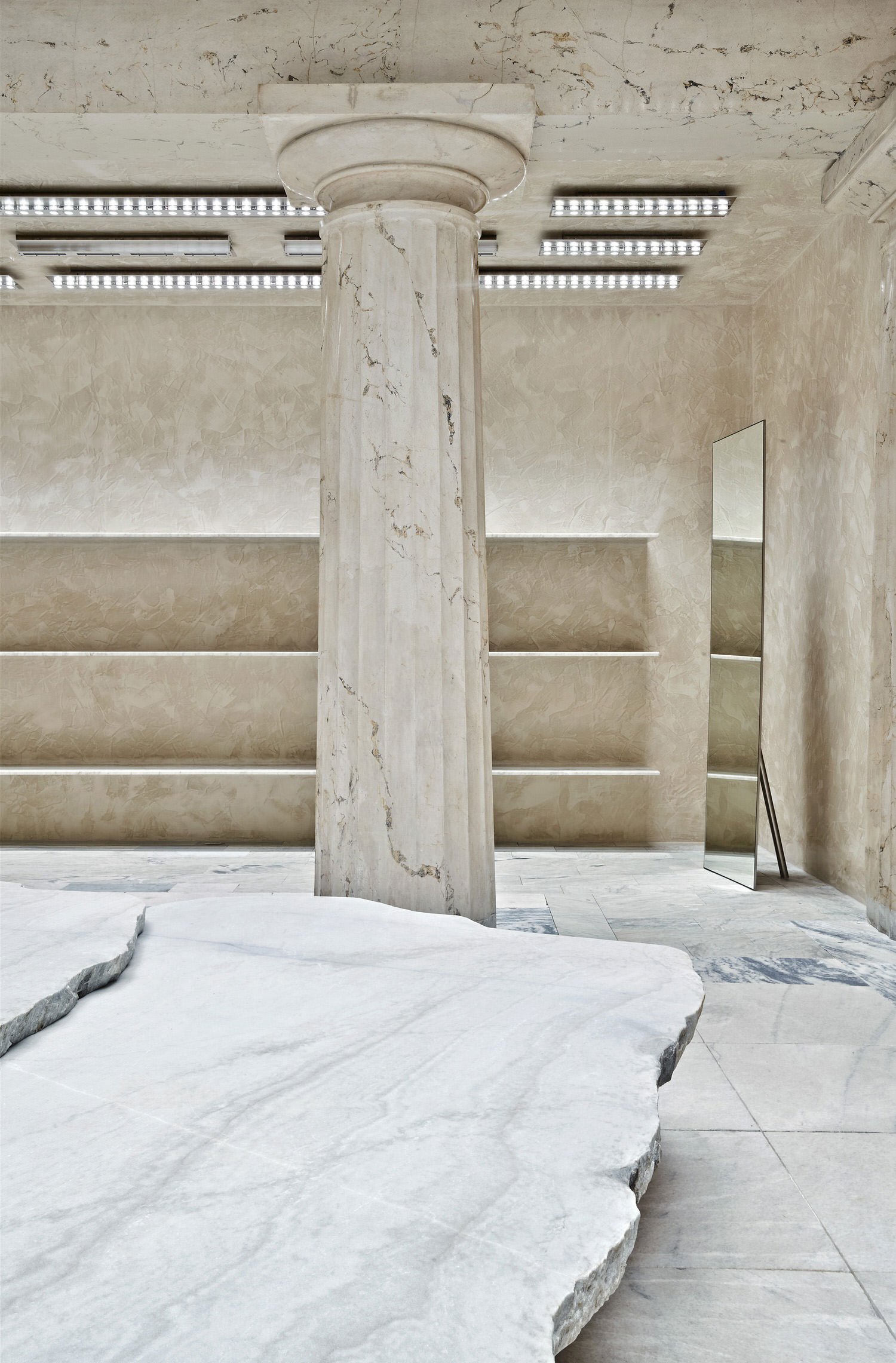 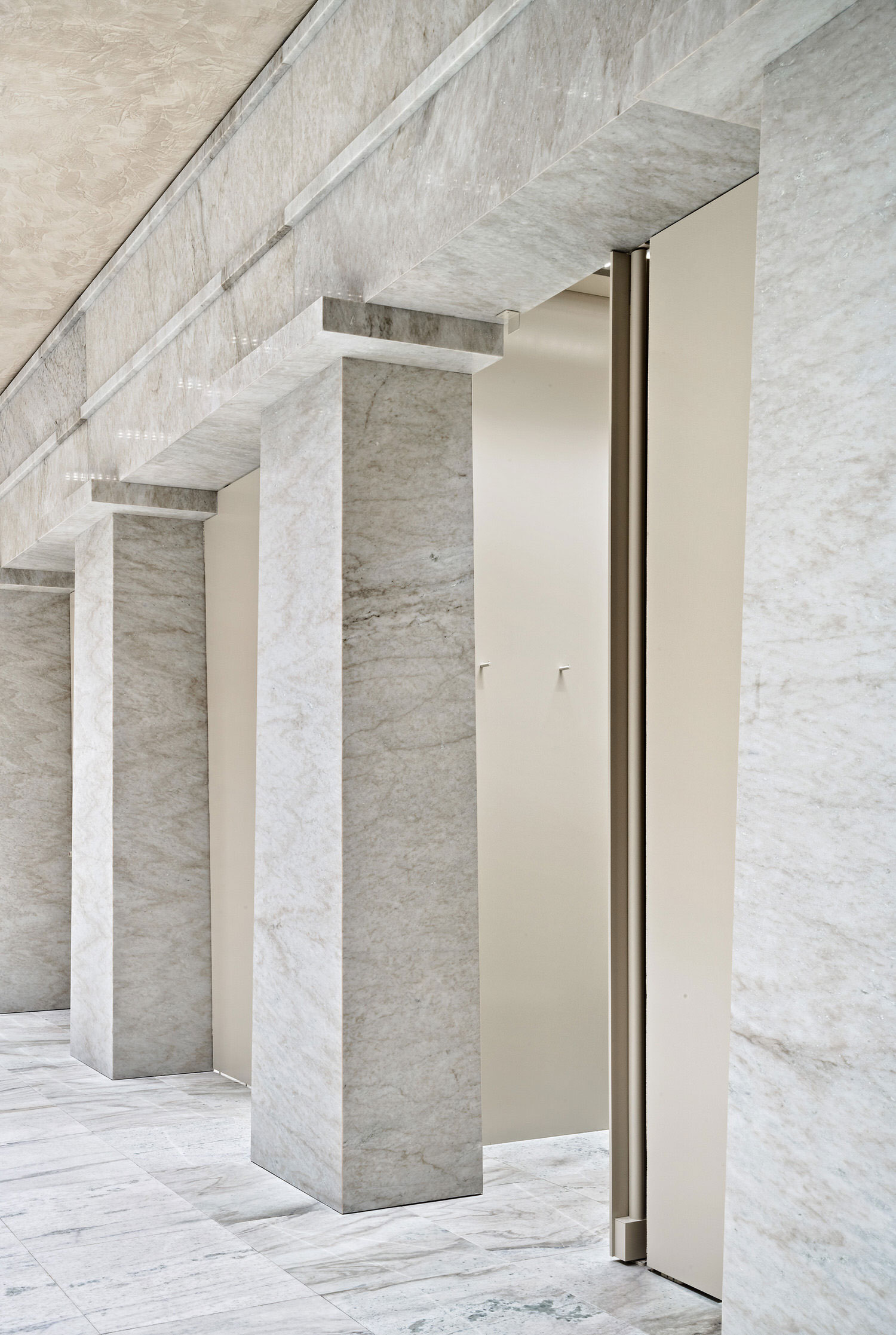 Renowned for their design approach that somehow always delivers maximum impact, Barcelona-based architecture practice has turned their attention to famed flagship in .

The store is located on the upscale Norrmalmstorg square in a former bank where the infamous six-day hostage drama took place in 1973 which coined the psychological phenomenon known as the “Stockholm Syndrome”. 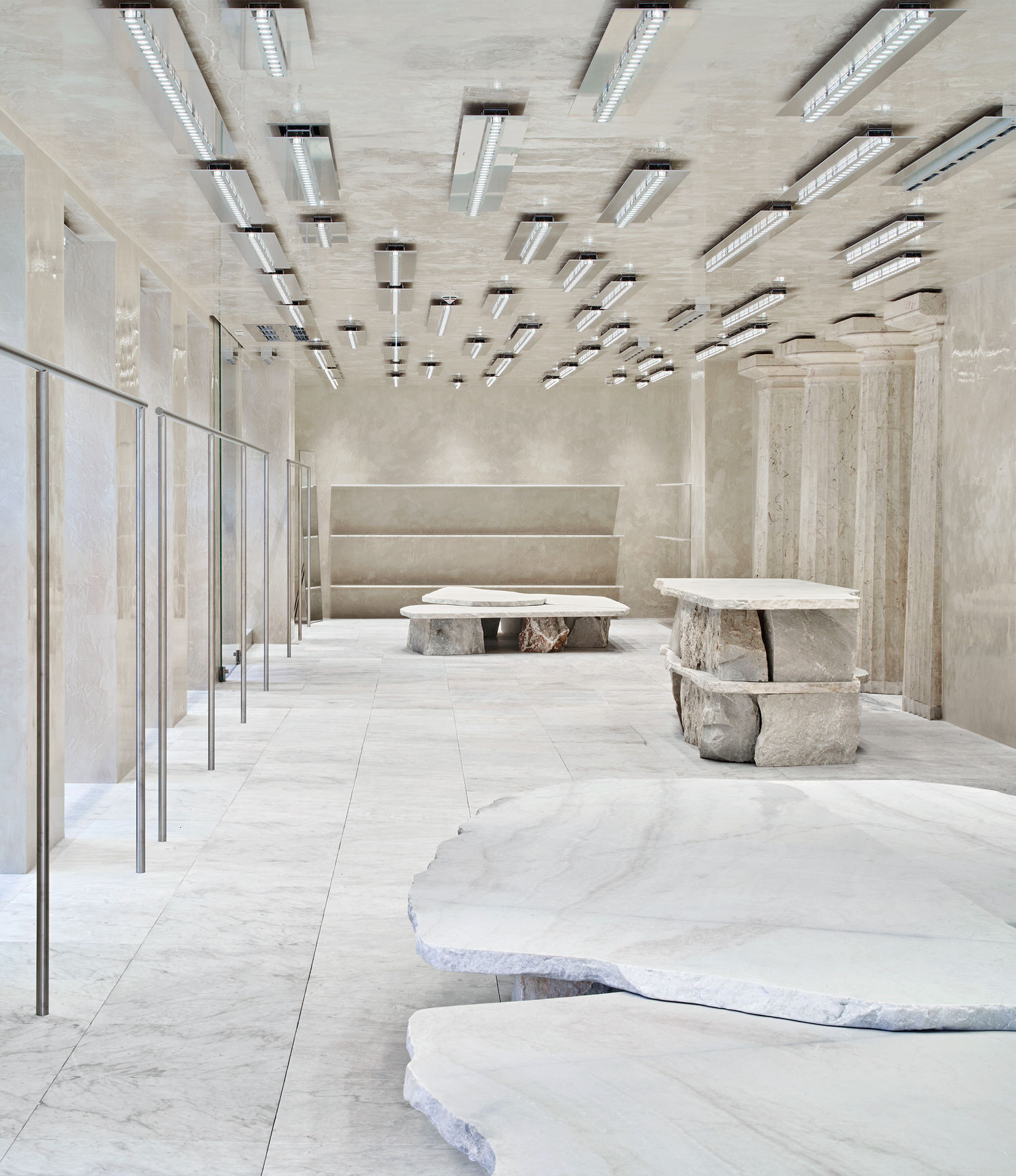 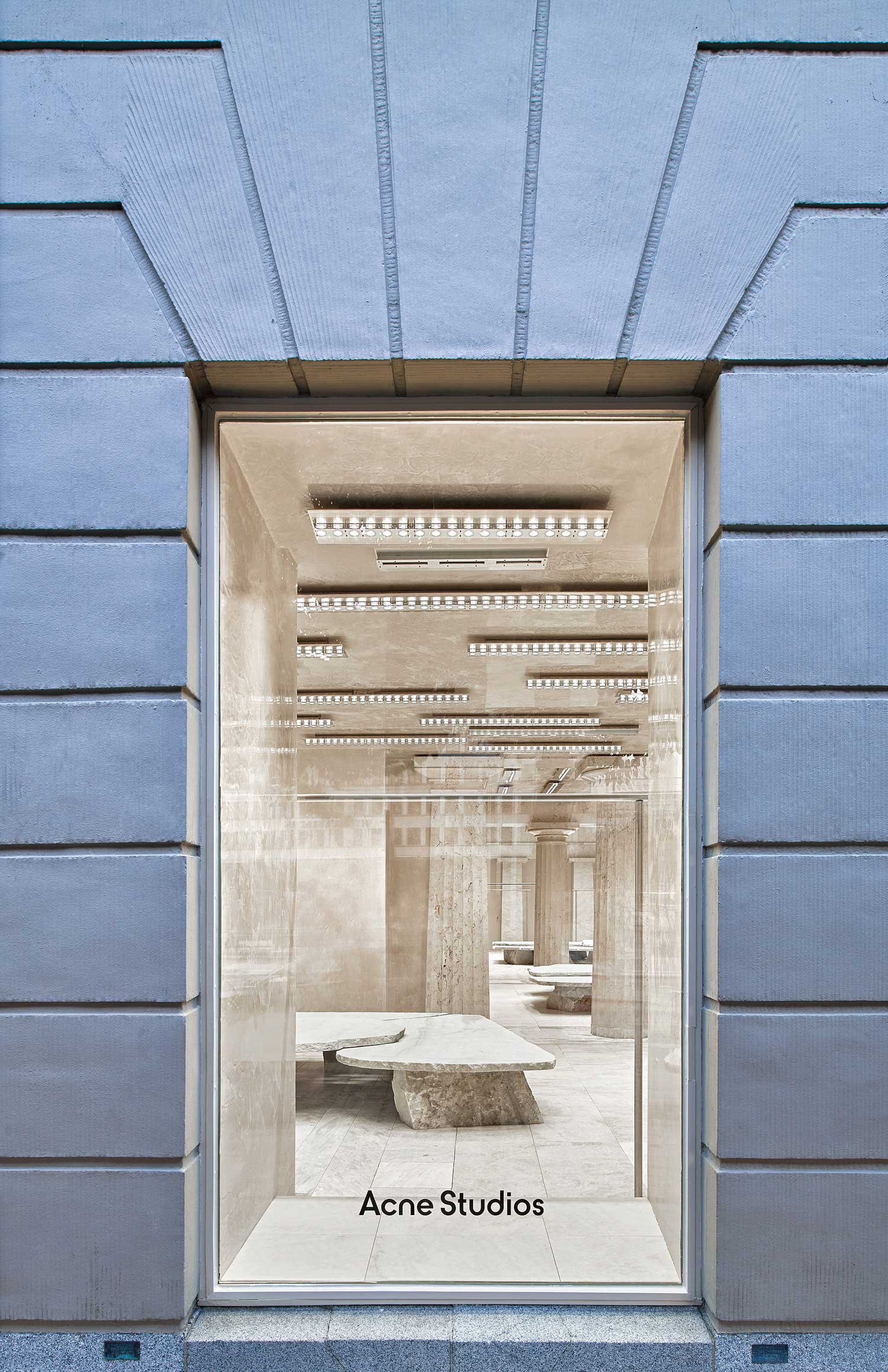 After the bank closed, several interventions added a series of layers over the years that masked the original neoclassic architecture. Arquitectura-G stripped the neoclassic Greco-Roman interior to its bare essentials, which – mind you – includes the obnoxiously epic columns, which the architects replicated in a new colonnade that creates the new background in the main room, providing access to the fitting rooms.

Marble slabs form furniture pieces by sitting atop the marble floor resting on top of the original Ekeberg marble. If the whole thing sounds (and looks) like a giant marble sandwich, that’s because it is. However, the architects use technical, office-style lighting designed by as a sharp counterpoint to the ostentatious materiality seen throughout.