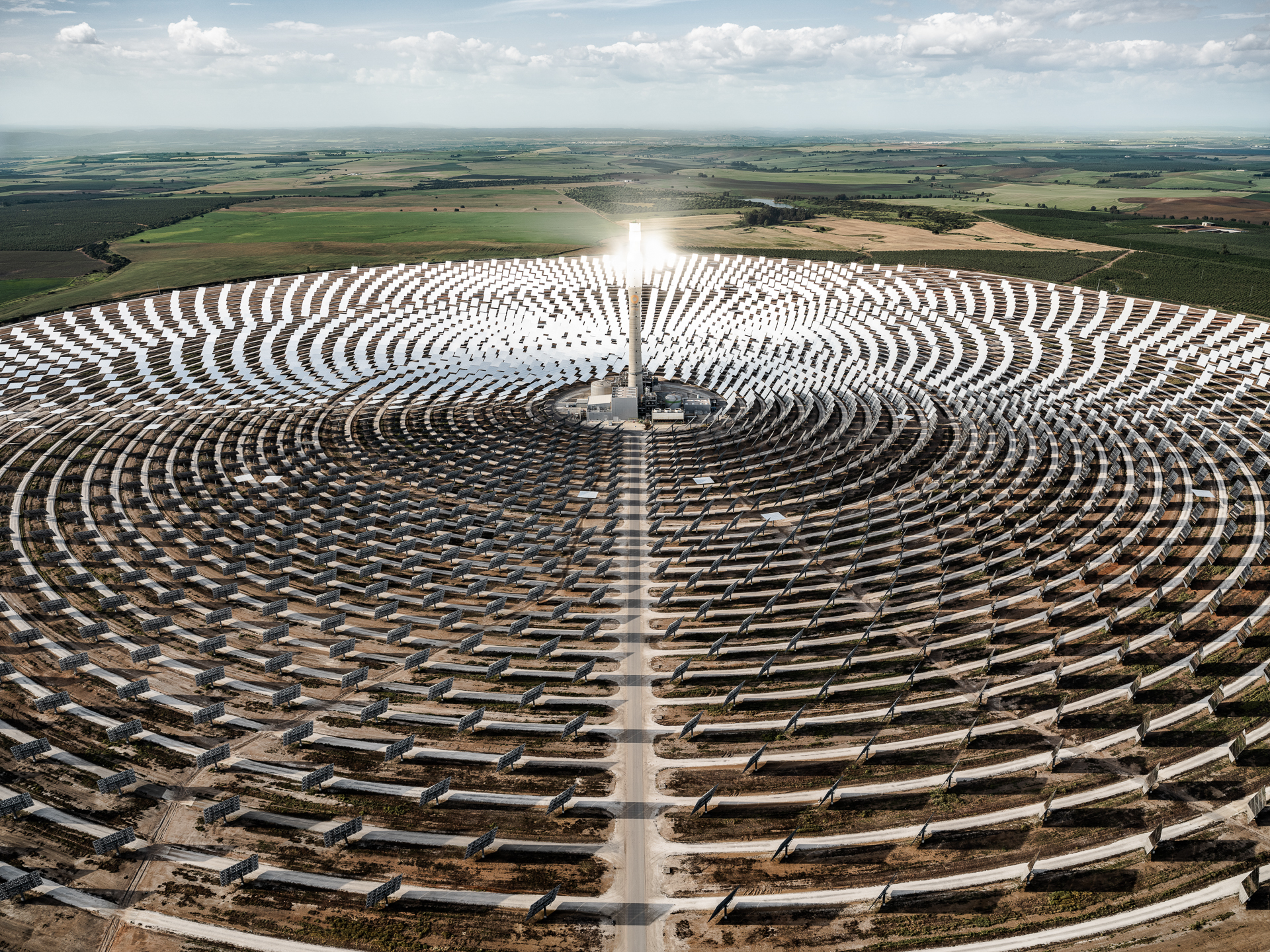 In one hour alone, the sun pummels the earth with more power than the world uses in the span of an entire year. This inspired German photographer (), whose recent aerial images survey the plants harnessing this source of renewable energy. The Solar Power Series peers down at landscapes across the U.S., France, and Spain that are covered with scores of square panels—according to , the locations include California’s Ivanpah Solar Power Facility, Nevada’s Crescent Dunes Solar Energy Project, the Les Mées Solar Farm in France, and the PS10 Solar Power Plant and Gemasolar Thermosolar Plant, both near Seville.

Staggered in wide, circular patterns, much of the gleaming infrastructure relies on mirrors called heliostats to collect and direct the sunlight to a central station. This manner of harvesting uses the captured heat to generate steam that then produces energy, and newer solar thermal plants also apply molten salts to store the power long after the sun has set. “These man-made, constructed landscapes represent our efforts of building a more sustainable future in the most sophisticated ways,” the photographer writes.

The Solar Power Series is just one of Hegen’s projects concerned with the human impact on the earth, which you can see more of on and .