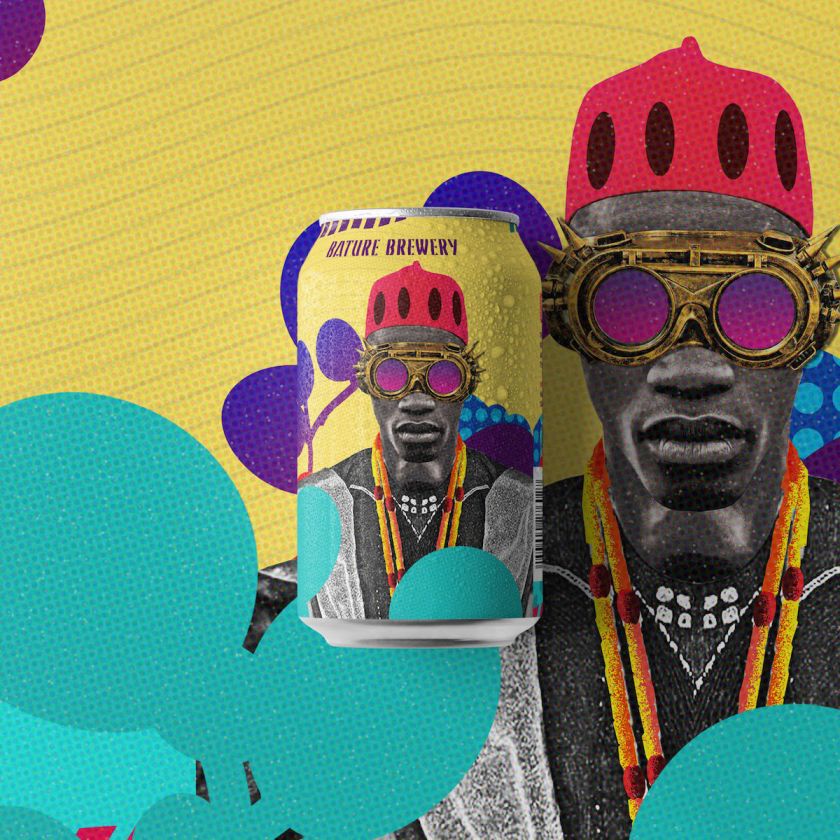 The Nigerian artist’s vibrant designs aim to capture “the true essence of West African Culture” in a way that’s both modern, and has a nod to tradition, echoing the “pioneering nature of Bature Brewery”.

Chechet’s work is playful in aesthetic but also has more serious underpinnings, often exploring the politics of northern Nigeria. Leaders of his own village are often depicted in his collaged scenes alongside more recognisable IOCs, like artist Jean-Michel Basquiat and hip-hop legend Biggie Smalls.

The artist, who is represented by the Retro Africa gallery, is influenced by pop art as well as by music: many of his works directly source inspiration from the album covers “local heroes” such as Fela Kuti. His work has been exhibited internationally in London, New York, Morocco and in international art fairs such as Art X Lagos and 1-54 Contemporary African Art Fair in London.

Pim-Pam and Yemisi Williams have also created unique artwork for the cans. 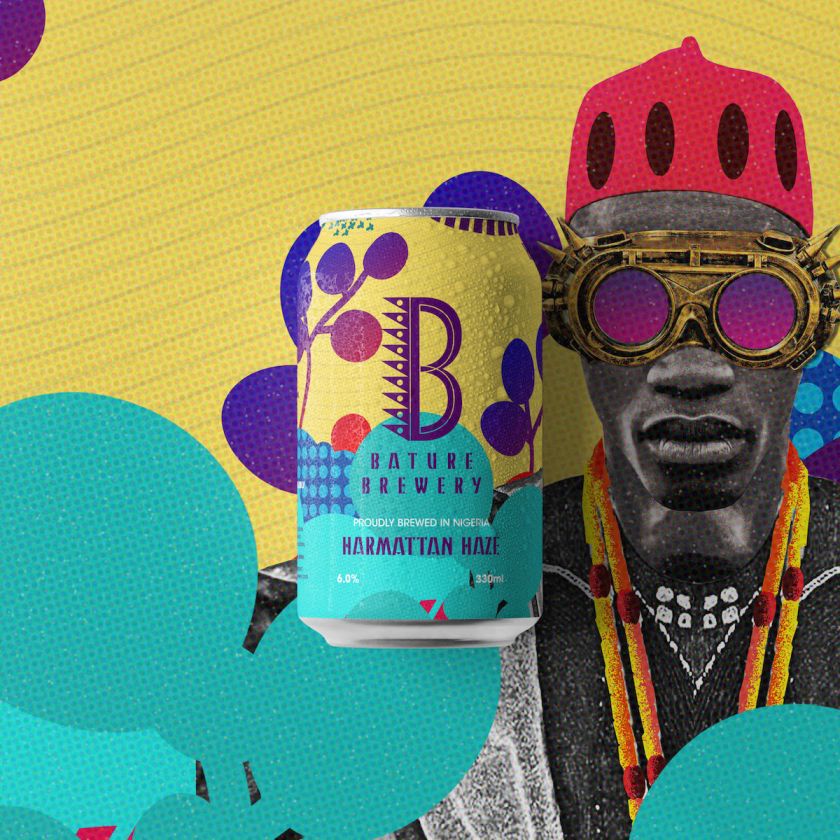 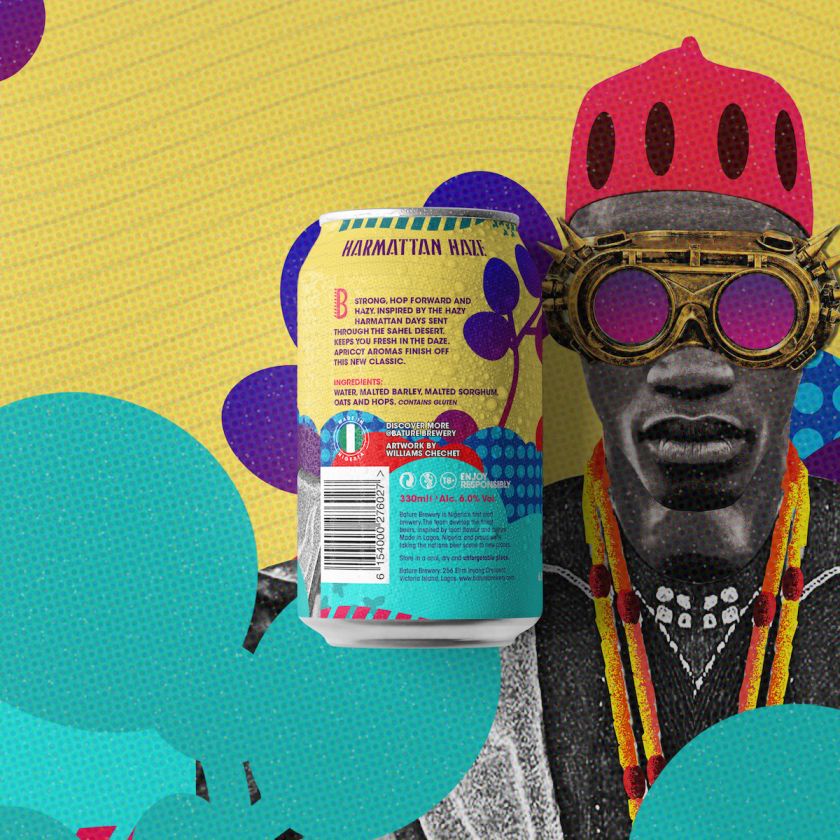 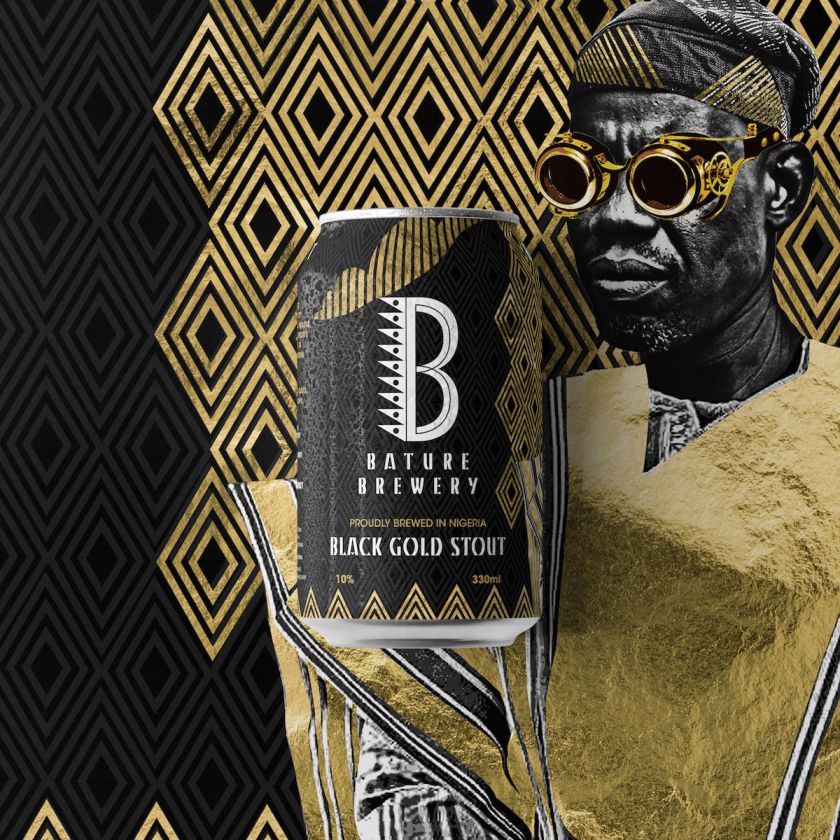 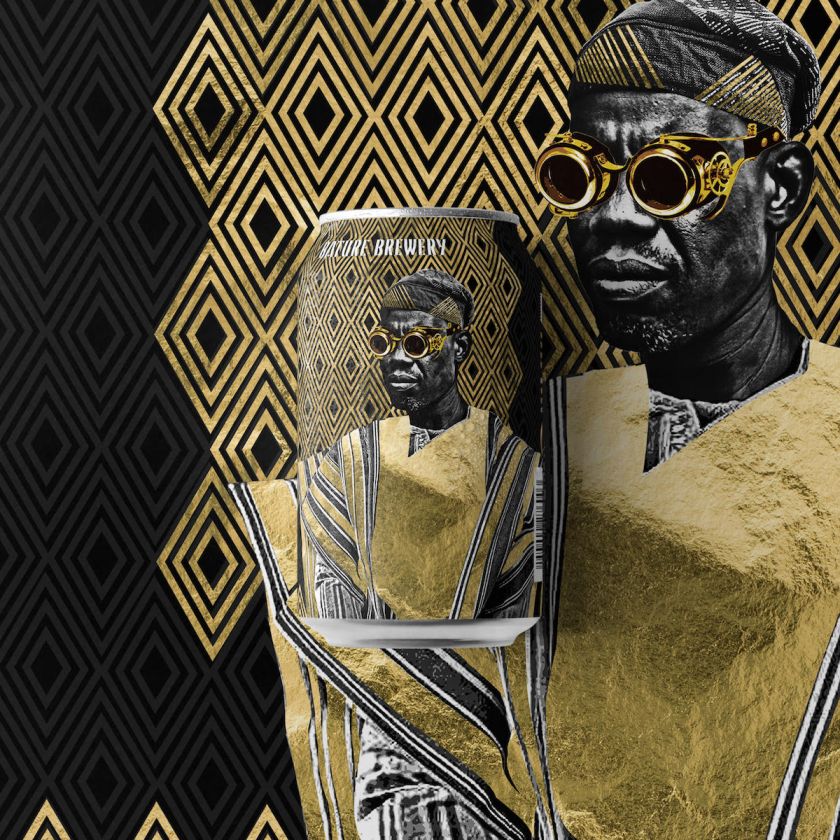 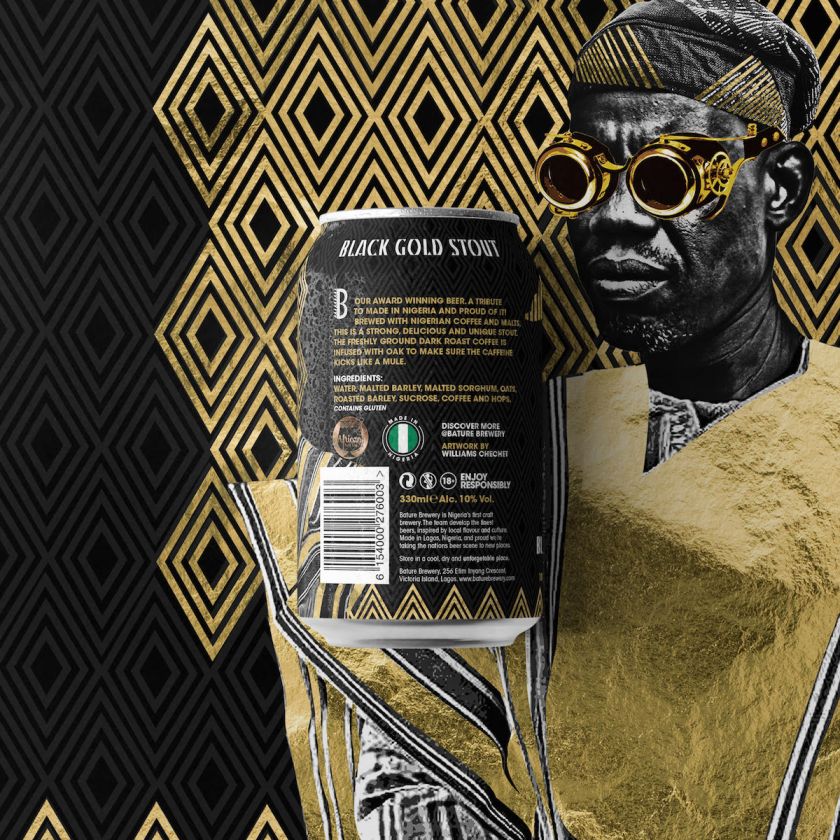