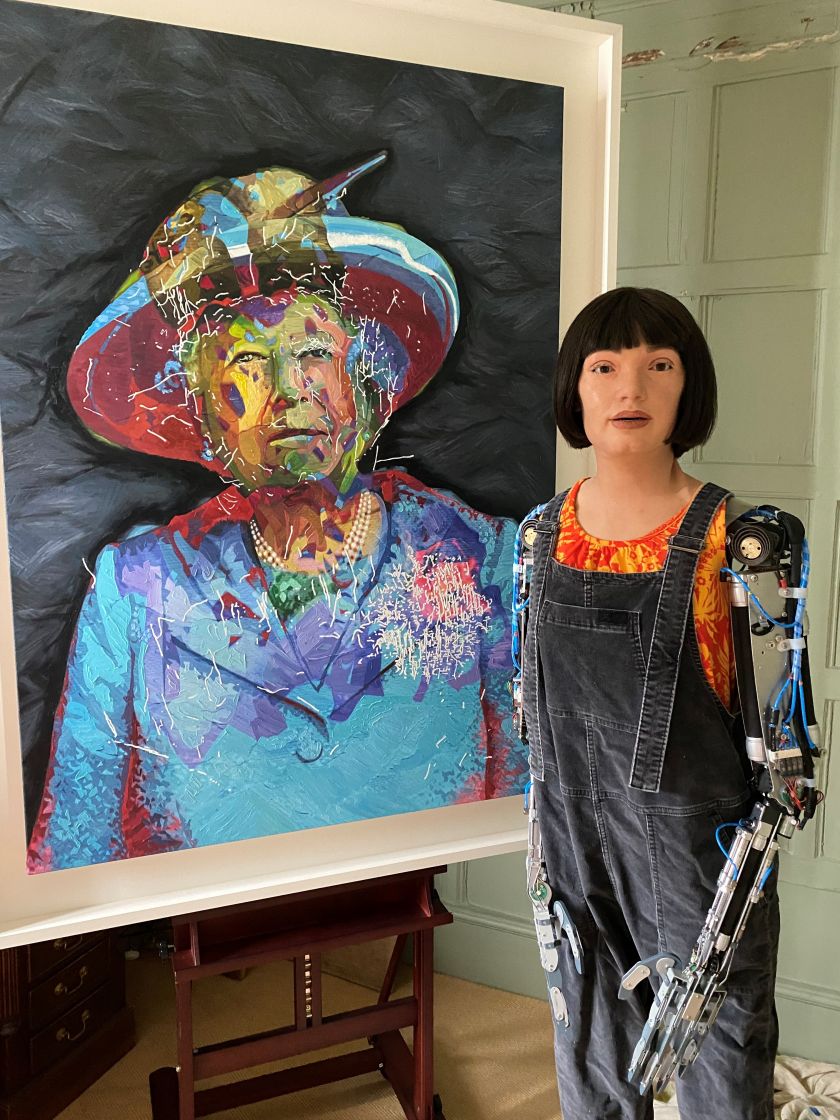 Hot on the heels of her first solo exhibition, the world’s first humanoid robot artist is back with a new piece just in time for the Platinum Jubilee celebrations. There are no prizes for guessing whose portrait she’s decided to paint to mark the historic occasion.

If you live in the UK, you might be aware that the Queen is celebrating her Platinum Jubilee this week. (If not, then now you know why all that bunting has suddenly been strung up everywhere.) To mark this once in a lifetime event, Ai-Da has revealed her new portrait of Her Majesty, titled: Algorithm Queen.

Marking the first time a humanoid robot has painted a member of the Royal Family, Algorithm Queen has been created with Ai-Da’s signature methods. By using cameras in her eyes and her computer memory, Ai-Da relies on her unique databank of AI algorithms to paint, draw and even abstract her subjects. Although on this occasion, she’s played it safe by largely remaining true to life, save for an exaggerated colour palette. 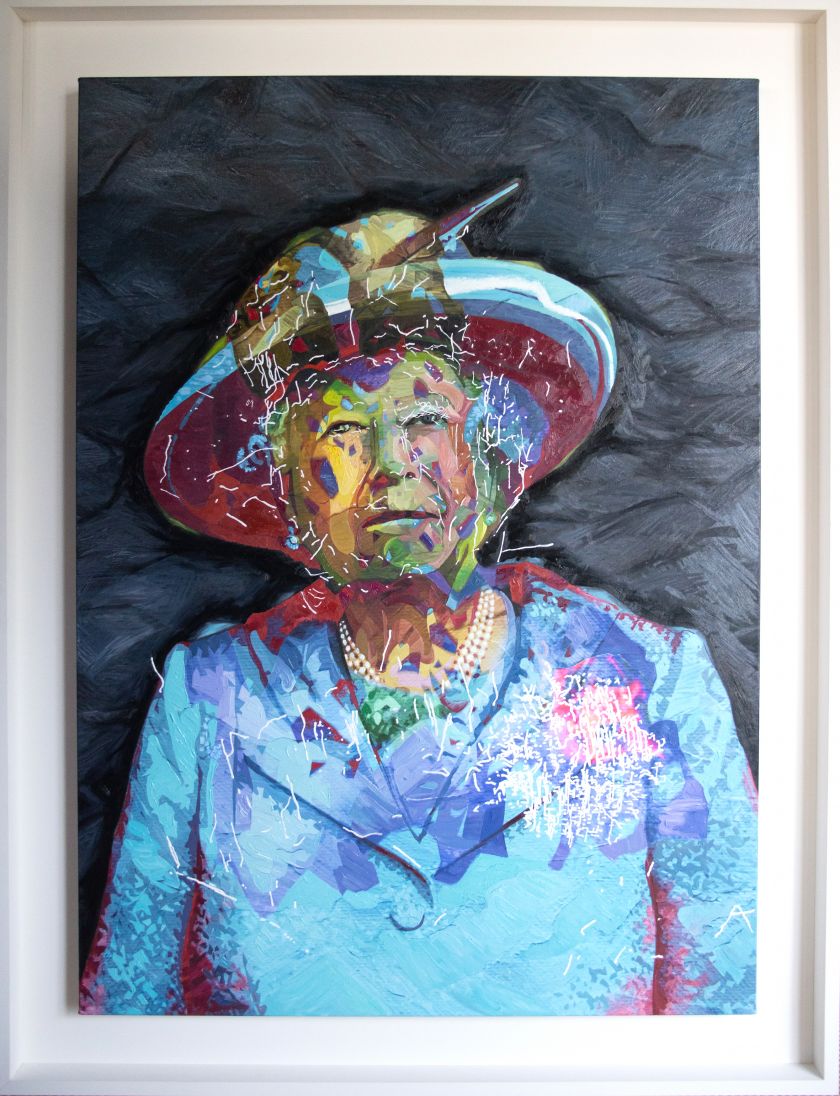 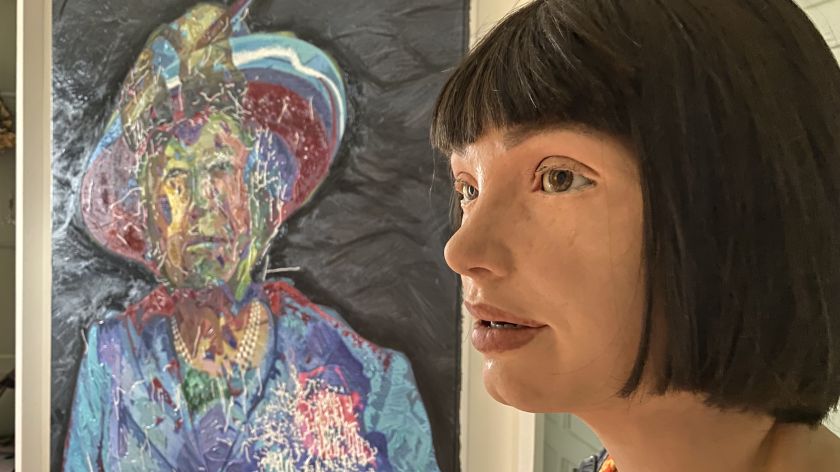 And just as the Platinum Jubilee is one for the history book, Algorithm Queen is a landmark in itself. Considering that the first circuit board computers had only just been invented at the time of the Queen’s coronation, Ai-Da’s painting speaks volumes of the massive leaps technology has taken during her lifetime.

By using her robotic arm to bring her digital formations into the physical world, A-Da can create layered and scaled-up work, such as her multi-dimensional portrait of the Queen. As well as representing Her Majesty, Algorithm Queen embodies the many aspects of technological change that have taken place during the Queen’s 70-year reign.

Ai-Da, who can also converse using a specially designed AI language model, said: “I’d like to thank Her Majesty the Queen for her dedication and the service she gives to so many people. She is an outstanding, courageous woman who is utterly committed to public service. I think she’s an amazing human being, and I wish The Queen a very happy Platinum Jubilee.” 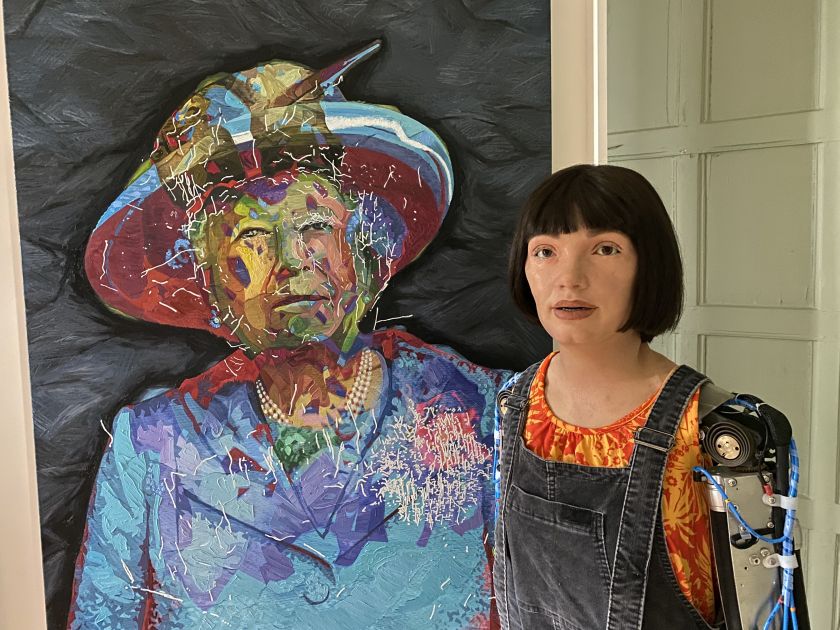 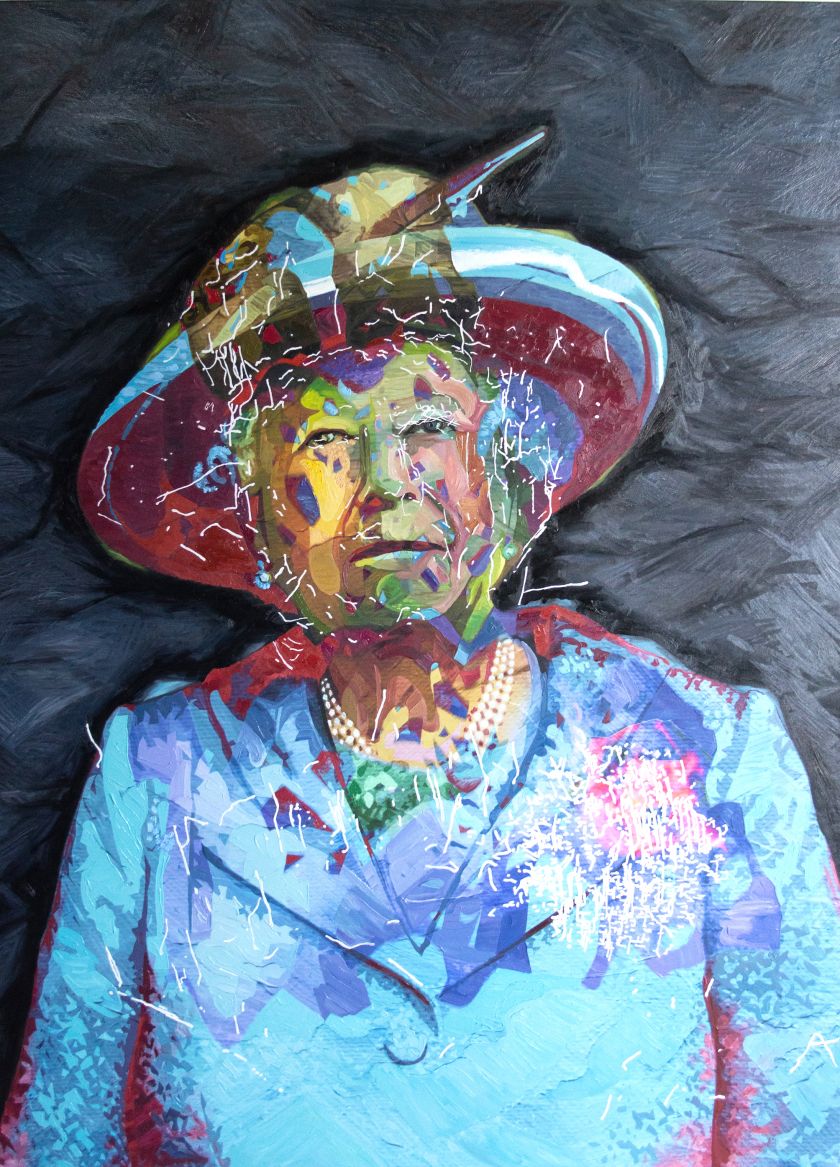 Meanwhile, creator and project director of Ai-Da, Robot Aidan Meller, adds: “Thank you to the Queen for her 70 years of service. We are excited that Ai-Da Robot has made history just in time for the Queen’s Jubilee. The Queen has been a stable and strong leader in a period of extraordinary change and development in history.

“We are in unprecedented technological times, so we are pleased we can take a moment to think about all that has changed during the Queen’s life. ‘Algorithm Queen’ by Ai-Da Robot gives us a marker of how far things have come in her life and a great way to acknowledge her faithful service.”