There are three things that are certain in life: death, taxes, and collaborating with .

Unlike the former, the latter is actually something we look forward to, such is the high level of execution each and every time. Where hype often tends to dwindle following a sixth, seventh or eighth collaborative release between other brands, for ALD and New Balance, it’s anything but.

Three years on from their , ALD and New Balance return this season under latter’s Made in UK arm to deliver two autumnal takes on the ever-present 991 silhouette.

Initially teased on Instagram by ALD’s Teddy Santis last week, the 991 – which was the subject of a earlier this year – arrives in two variations of what looks to be leather and suede, in shades of brown and signature grey respectively.

This drop – which will retail at $275 through an – follows the recent revealing of another collaboration in the (which was then removed) and rumors of a second link-up.

Despite the myriad of collaborations in recent months, ALD loyalists patiently await another chance to cop the elusive NB 550s, which sold out almost instantaneously during a .

That being said, Santis’ role as creative director of New Balance’s Made in USA program surely will result in a 550 release of sorts in the near future, as his full seasonal (which includes both footwear and apparel) launches globally imminently. 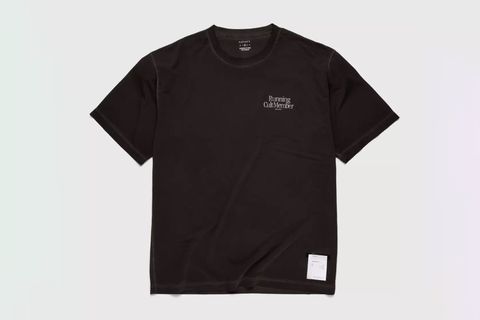