The new Amazon Astro robot is endearing with its small body and expressive eyes — but its data collecting abilities are also a little terrifying. 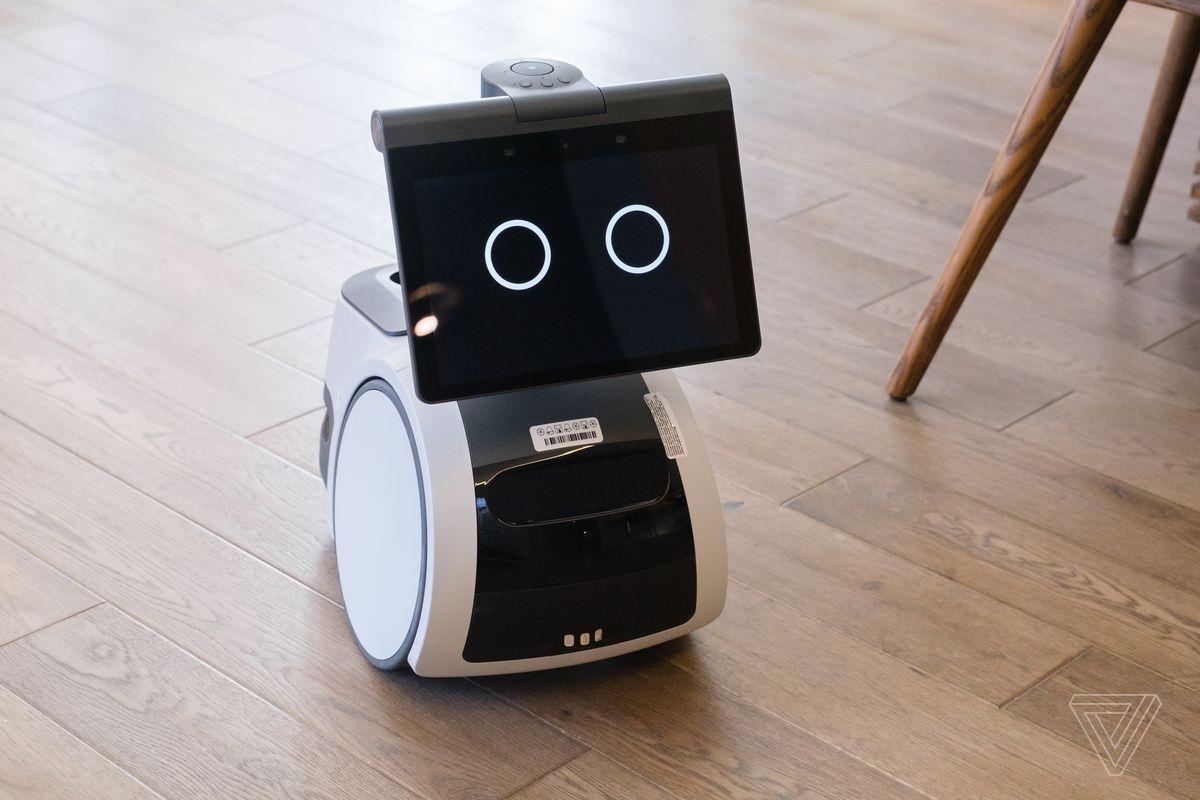 The Astro (yes, that’s a nod to The Jetsons’ beloved dog) is part home monitor, part home assistant. The rolling robot can provide live views of your home while you’re away using two handy cameras. One is even mounted on a periscope for looking into higher spaces, allowing the bot to do things like make sure the stove’s turned off. Ring Protect Pro subscribers can even schedule house patrols while they’re away and have Astro keep track of everything it detects. 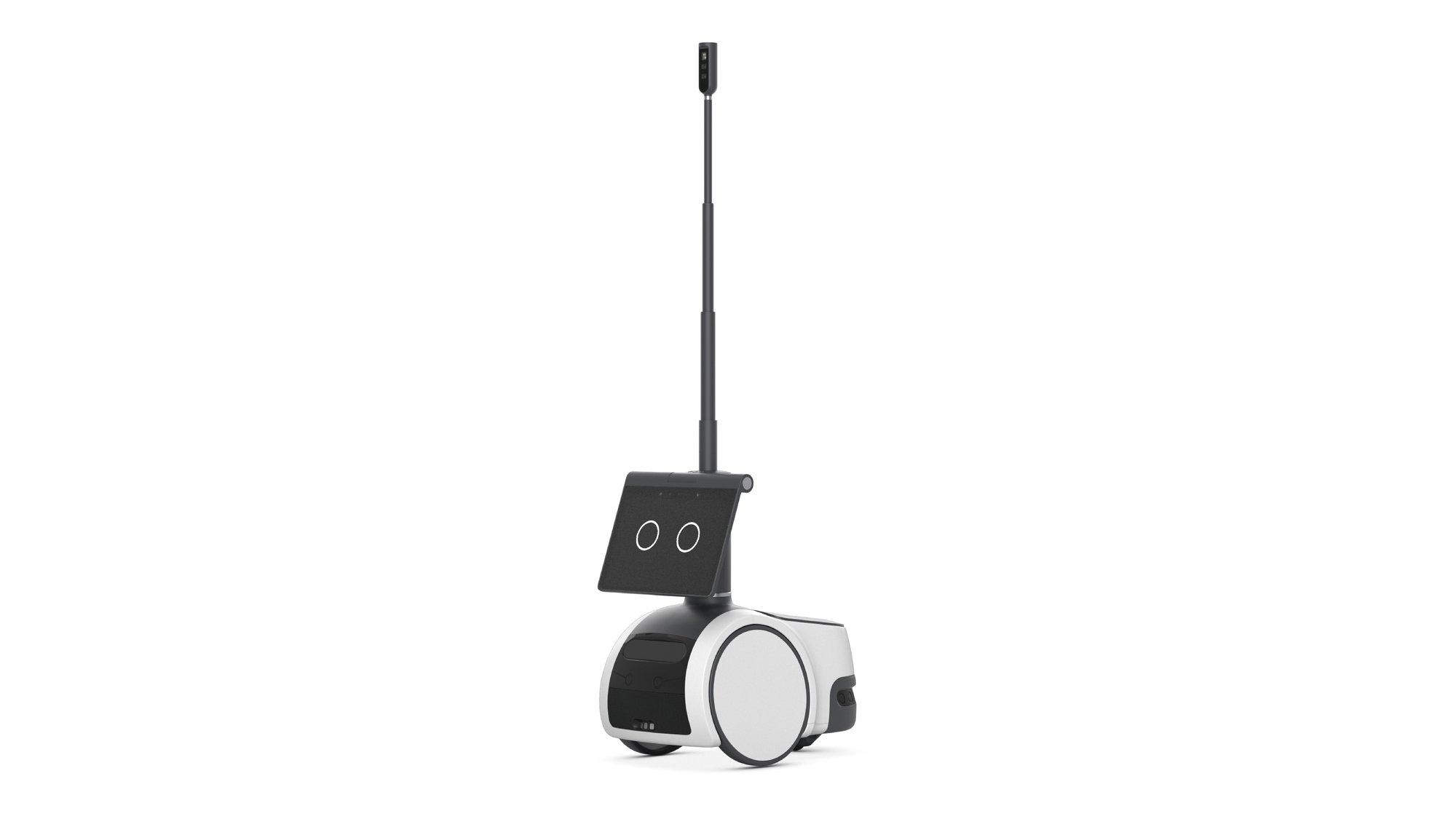 These cameras can also identify your family and friends through opt-in software. You and any other willing parties can submit your biometric information to be instantly recognized by the pint-sized robot, allowing it to spot intruders and sound alerts. Amazon says this data is processed only on the device, not sent to the cloud, and that any scans of people who haven’t been encountered in the last 18 months will be automatically deleted, but any recordings or conversations with the built-in Alexa will go straight to the company’s servers. 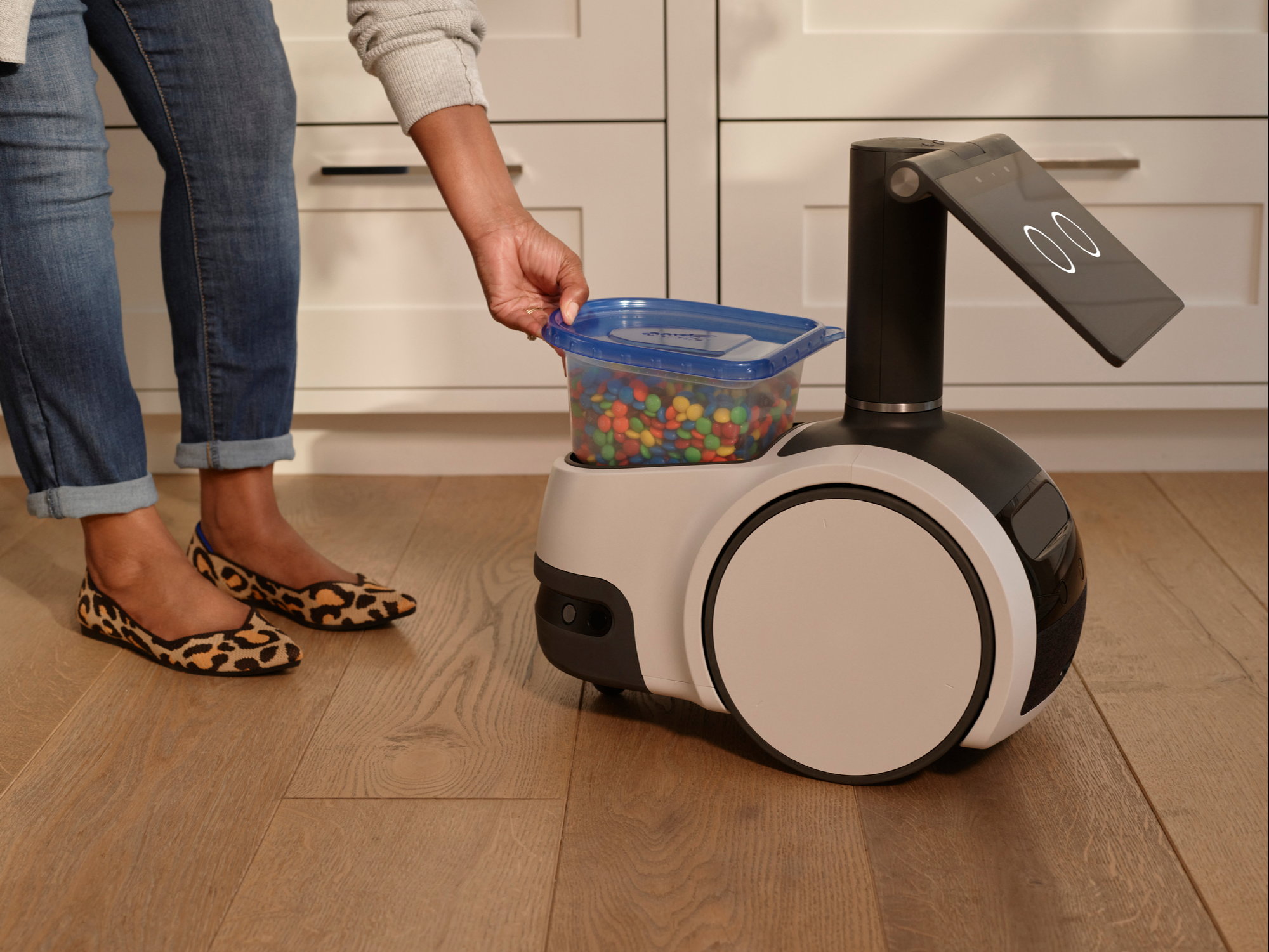 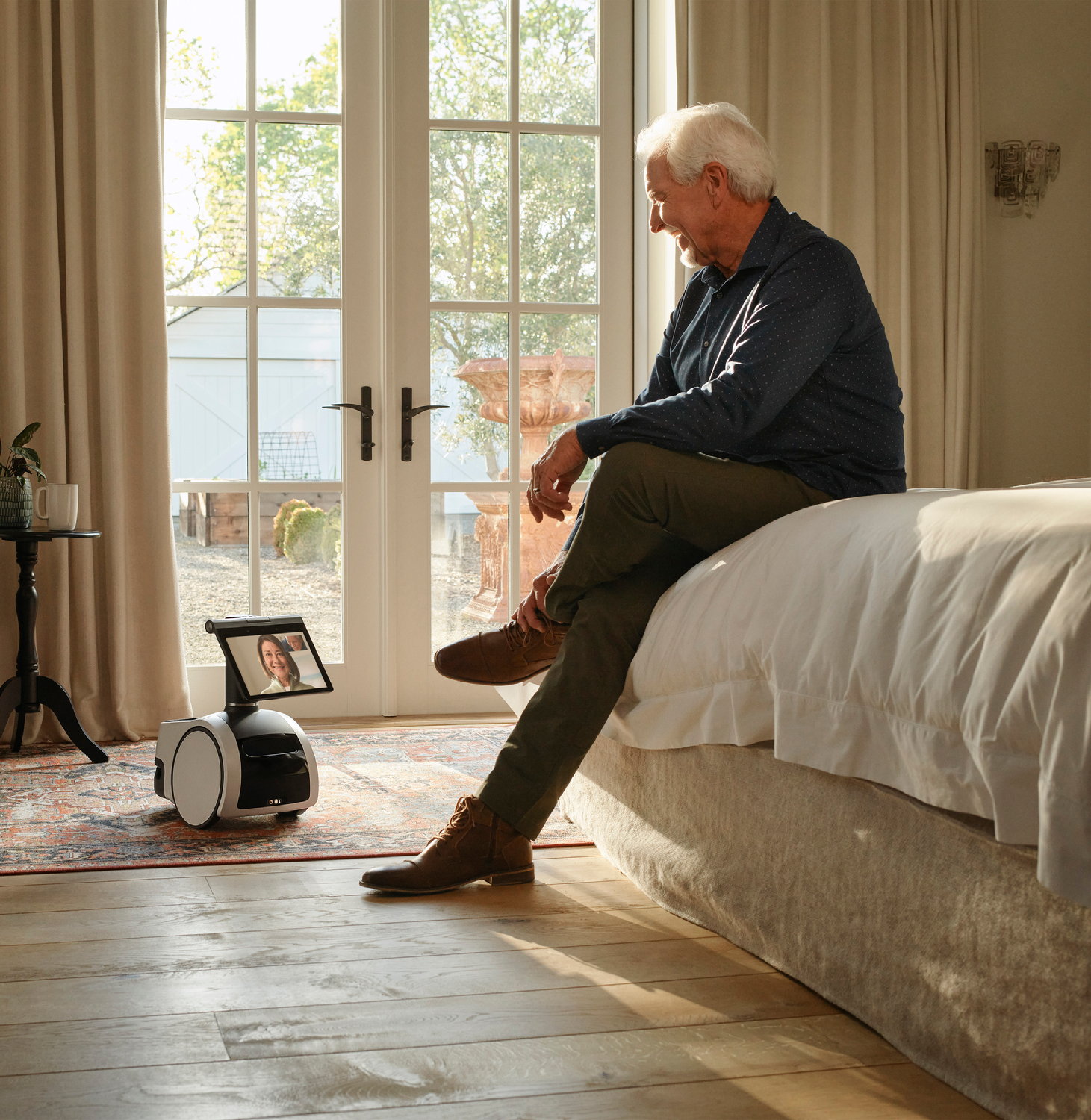 When you’re home, Astro can find you to deliver calls, alarms, and reminders. This could be especially helpful with elderly people who need to take medication at certain times but may not always have their phone with them. Astro can also follow its owner from room to room playing music, podcasts, or movies. Even better, the robot has two drink holders and can be directed to deliver items to someone in the house. It has no arms, though, so real people are required to place items on top and retrieve them.

Astro was specifically designed to have a man’s best friend feel. While taller robots “came off as more imposing or intimidating,” Anthony Robson, a product lead for Astro, says that “people really appreciated the smaller, more pet-like form factor we ended up with.” The animal concept also helps keep expectations more realistic. People wouldn’t expect their dog to do the laundry, for example. 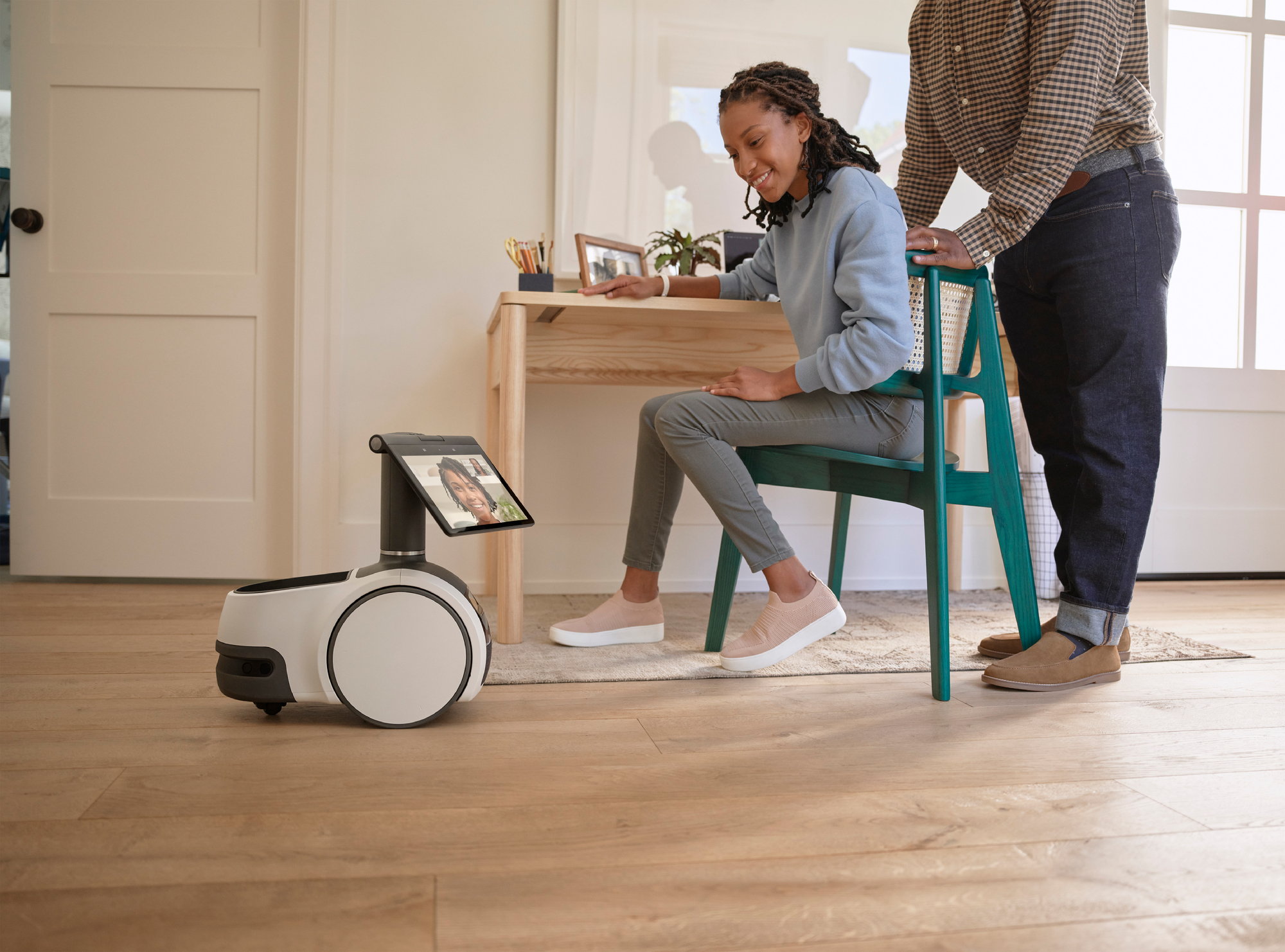 The robot’s swiveling head and expression-changing eyes have already proven to be a big hit with kids, who can ask Astro to follow them around the house, dance with them, or play their favorite shows.

Of course, you have to consider that bonding with a data collector might not be such a good thing for owners and their kids. The device requires a ton of personal information for day-to-day functioning. In addition to facial scans, it also stores scans of the owner’s entire home for its mapping and movement purposes, and sends voice and video recordings to advertisers. 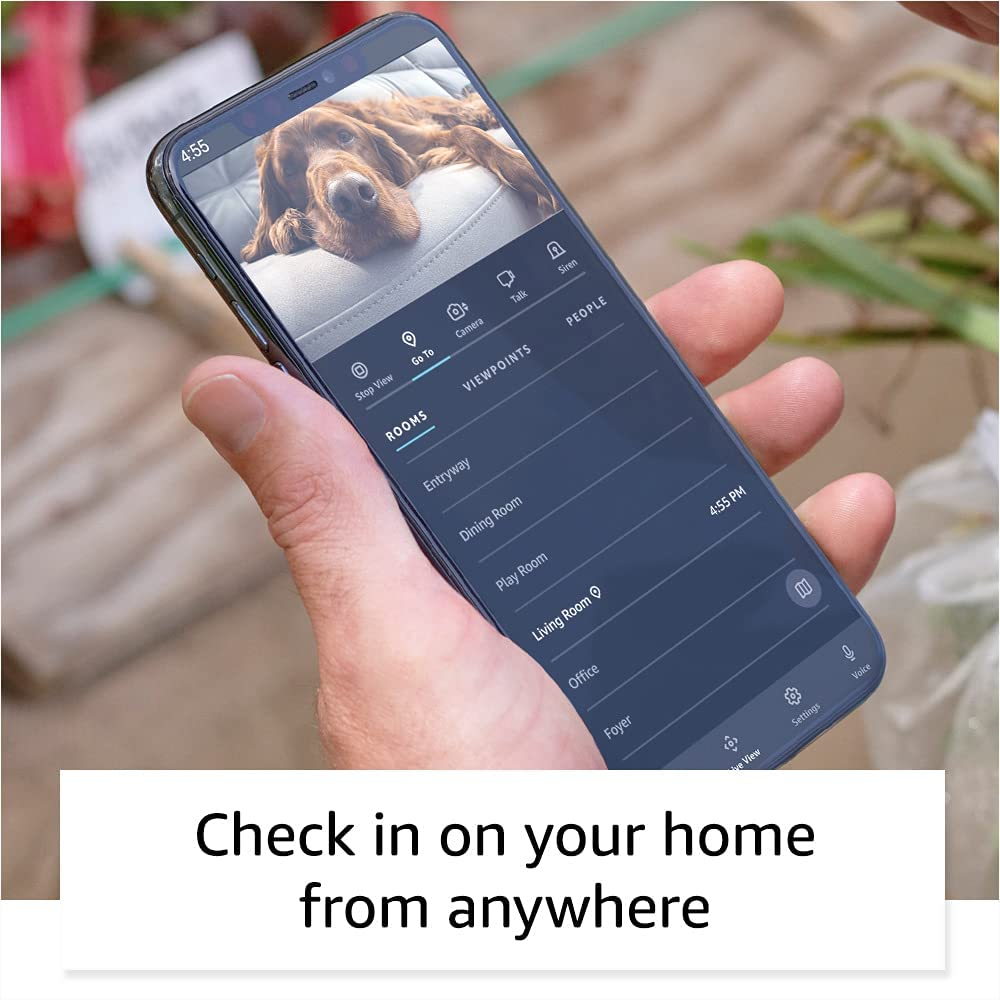 The company promises that it has implemented safety checks to keep that data more secure. “At Amazon, customer trust is at the center of everything we do and is critical to inventing devices and services that help make our customers’ lives better,” reads an official statement. However, if hackers were to get access to Astro’s stored information, it could leave owners vulnerable to some dangerous attacks.

You could argue that people already regularly turn similar household data over to their , but because the Astro has cameras and microphones, the potential for personal information collection is much greater. 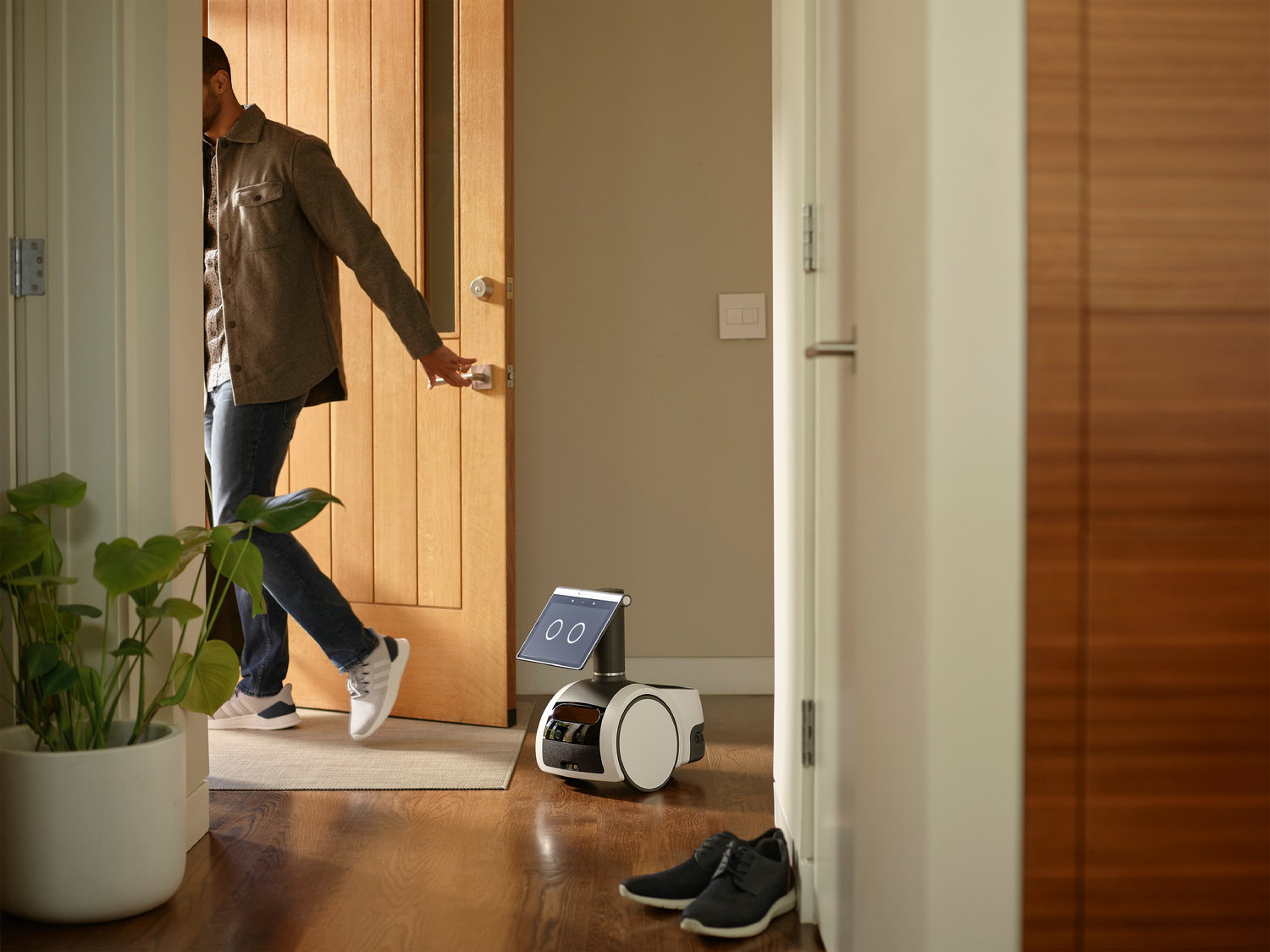 Amazon’s new home robot is only available for purchase by invitation (interested consumers can request an invite) for $999, but the price will increase to $1,450 when it becomes available to the general public.