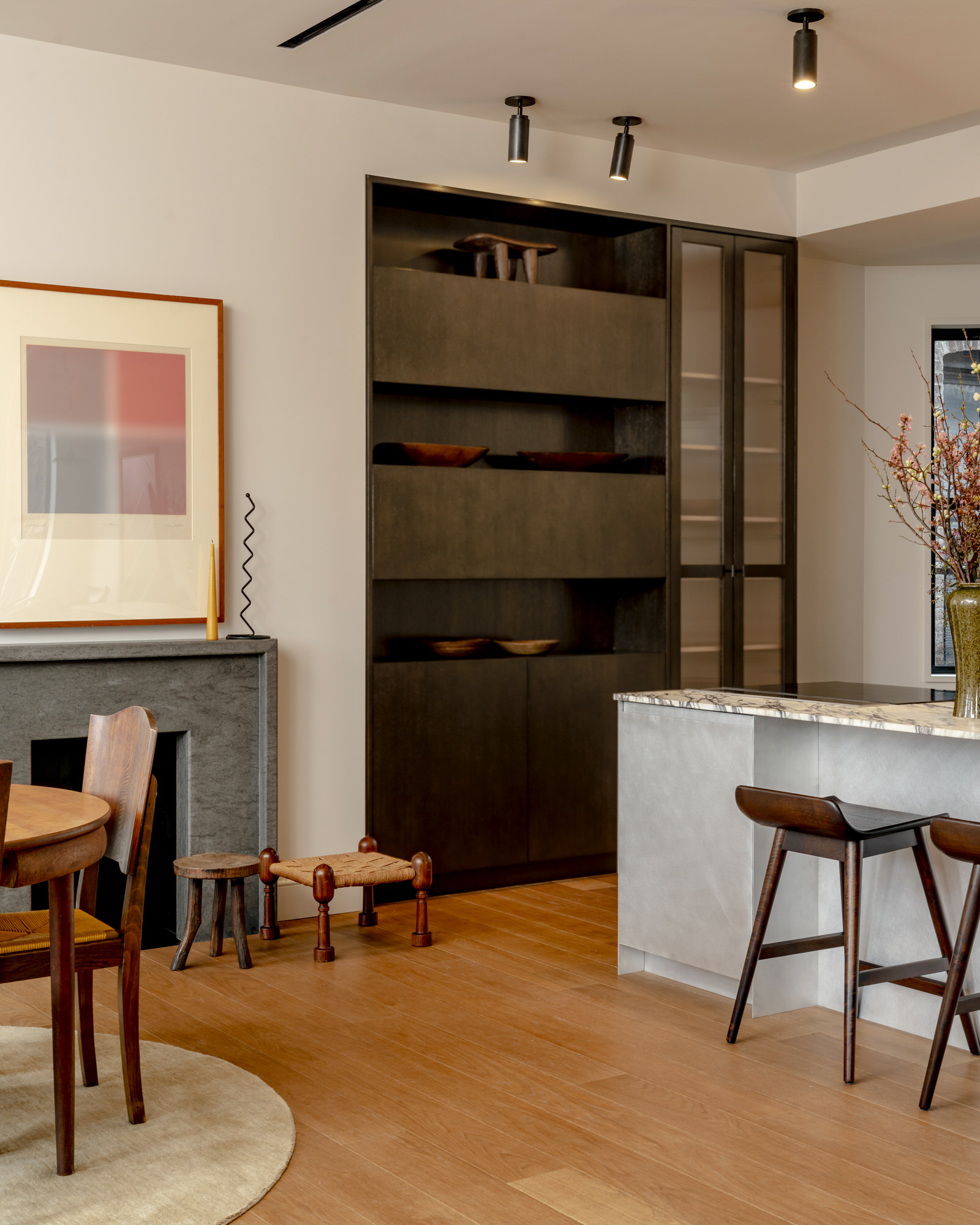 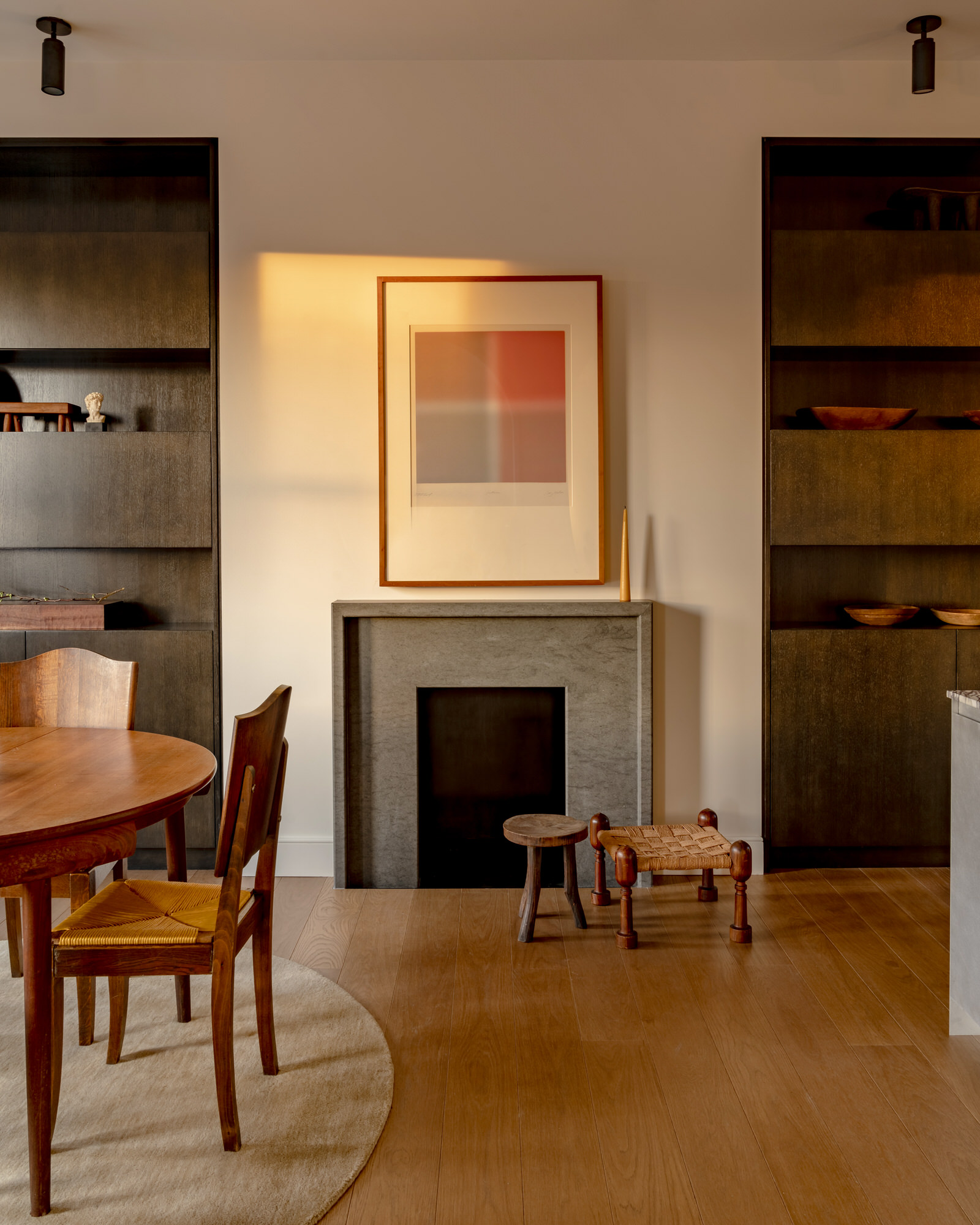 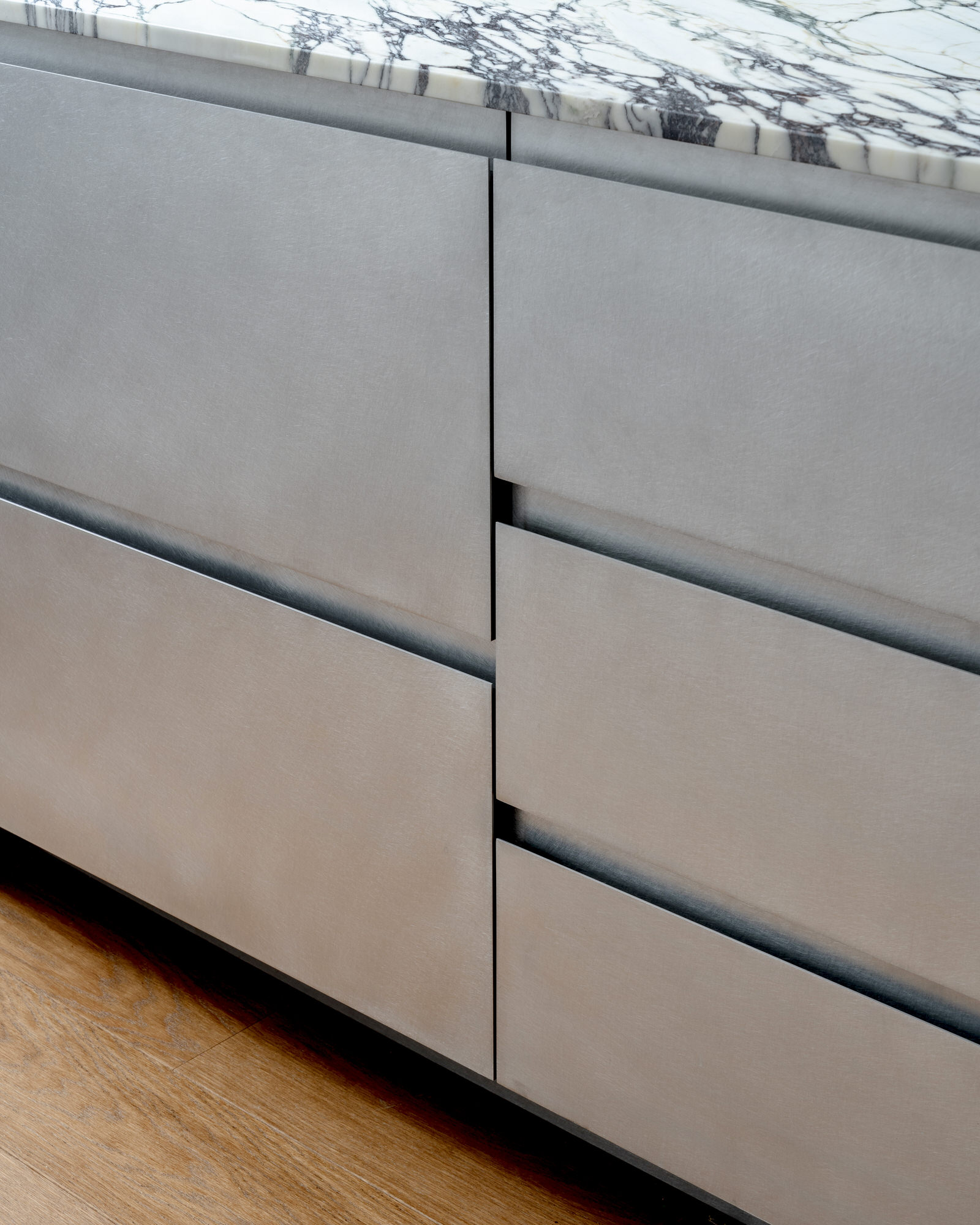 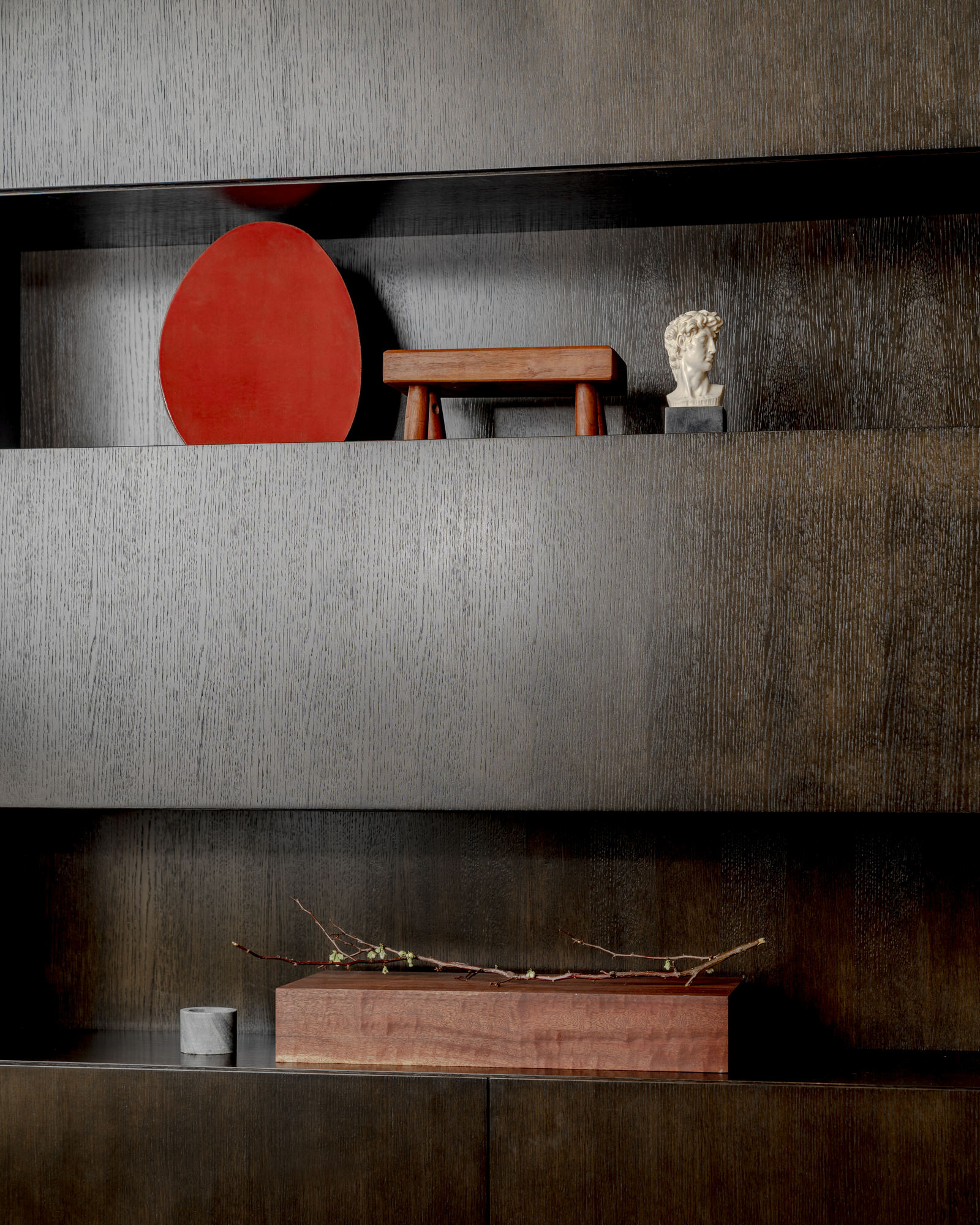 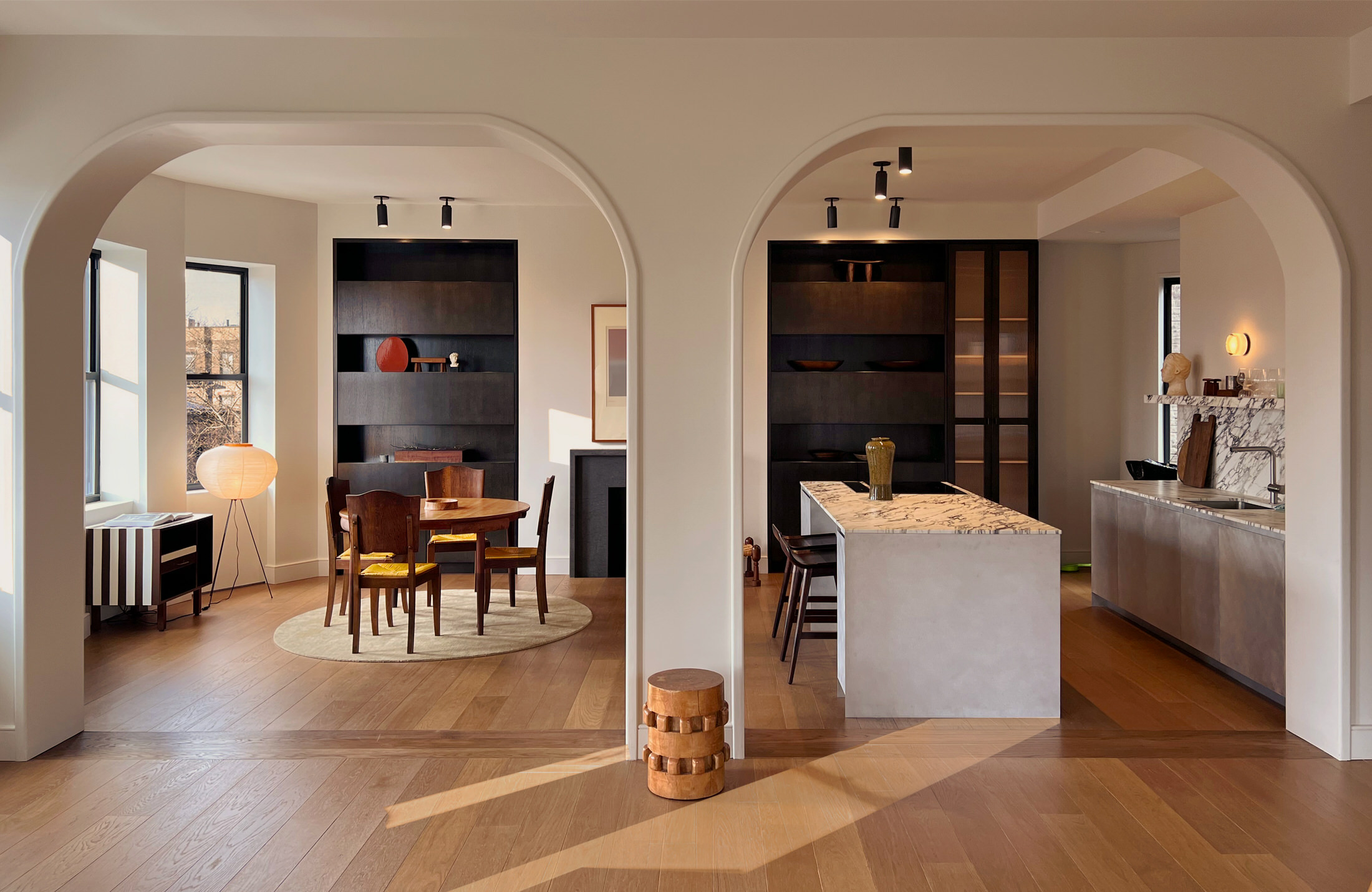 Longtime friends and Pratt Institute classmates, and have collaborated on the gut renovation of a private residence in the historic Cobble Hill district. The apartment sits on the 4th floor of a stone building dating back to 1910, overlooking a lush tree-lined street. Relatively untouched since the 60s, the retained a charm and sense of character that the duo decided to build on.

With the New York City property market being unsurprisingly competitive, the scheme centred around enhancing the value of the home through a sustainable design lens that maintained a high-end aesthetic. 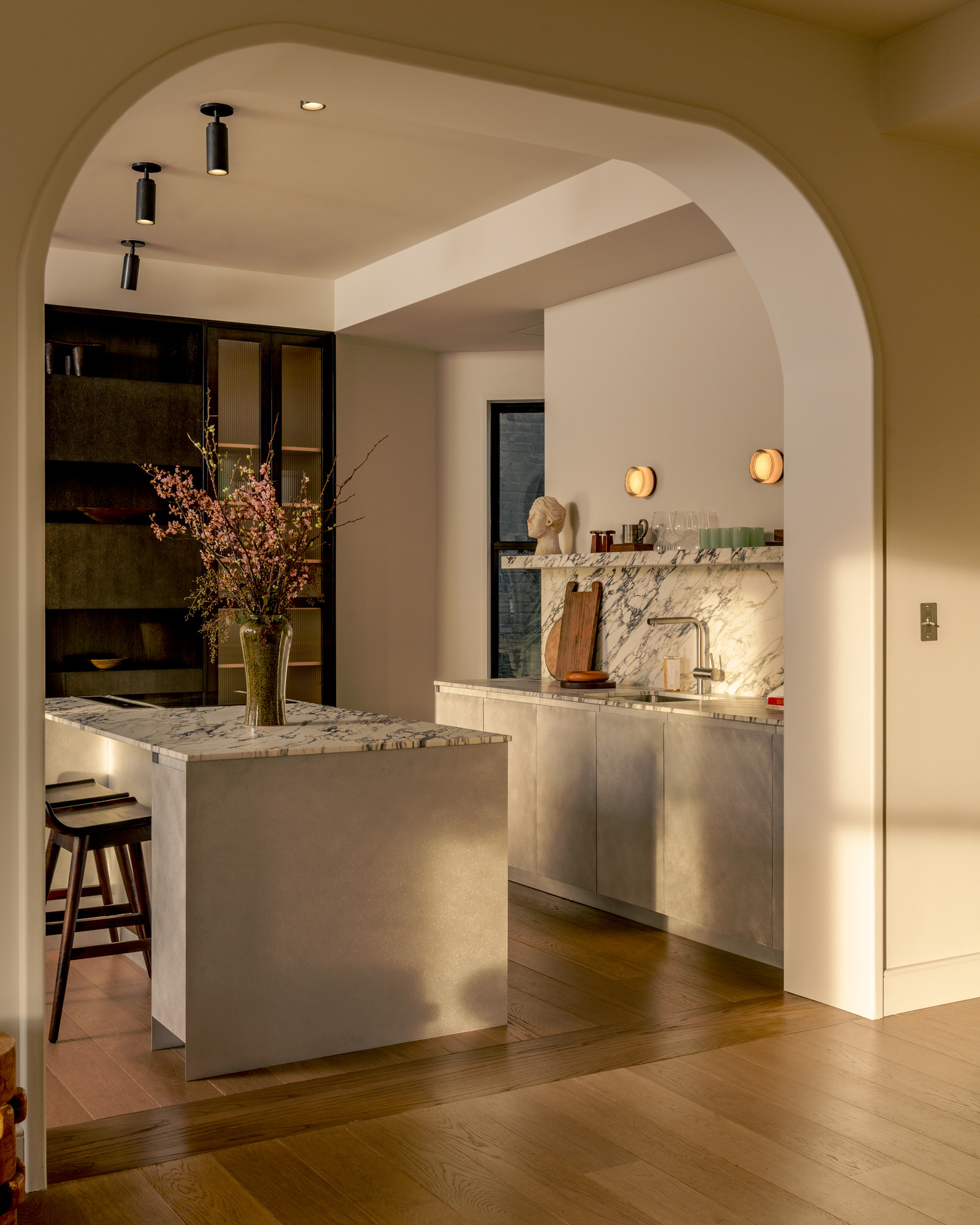 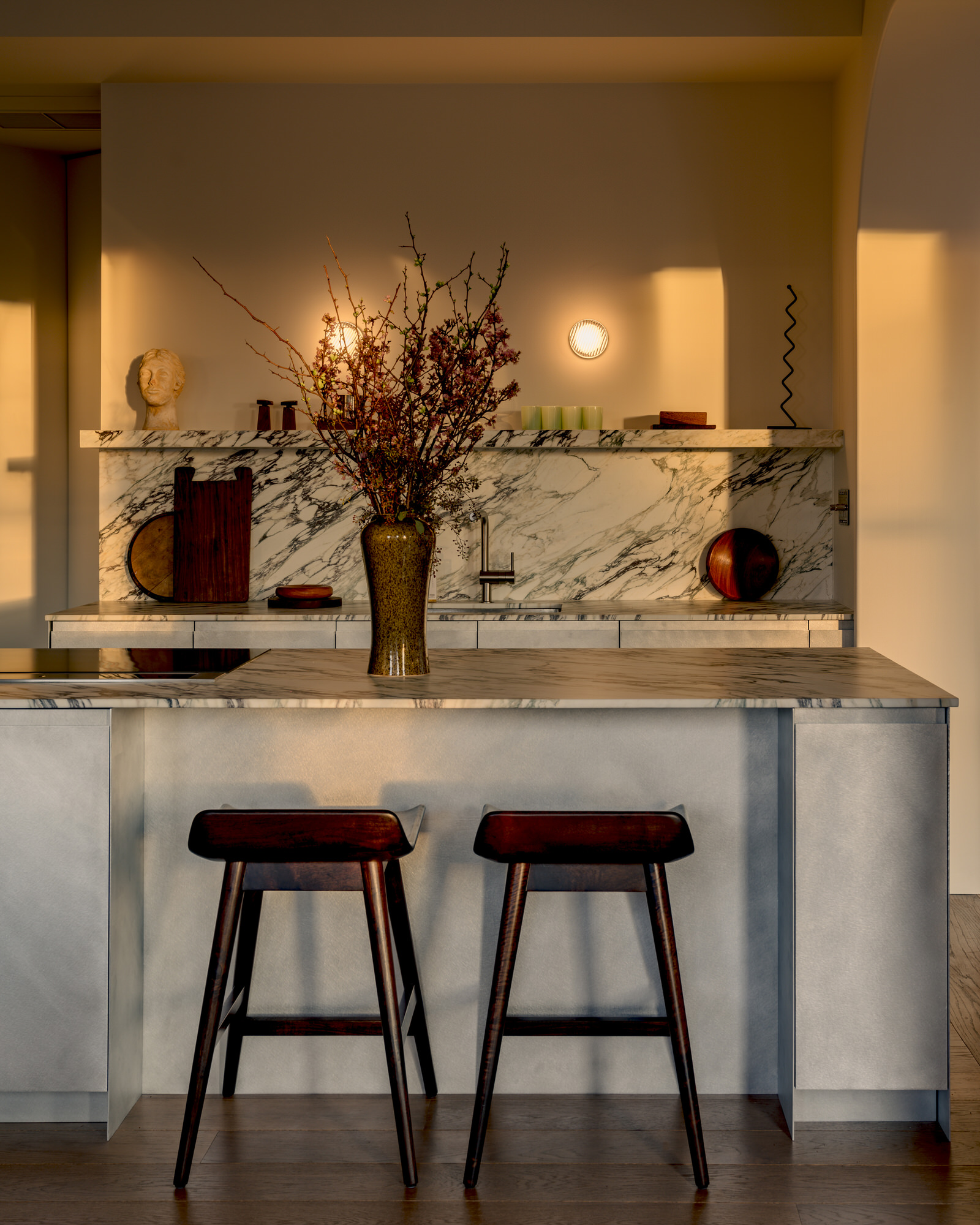 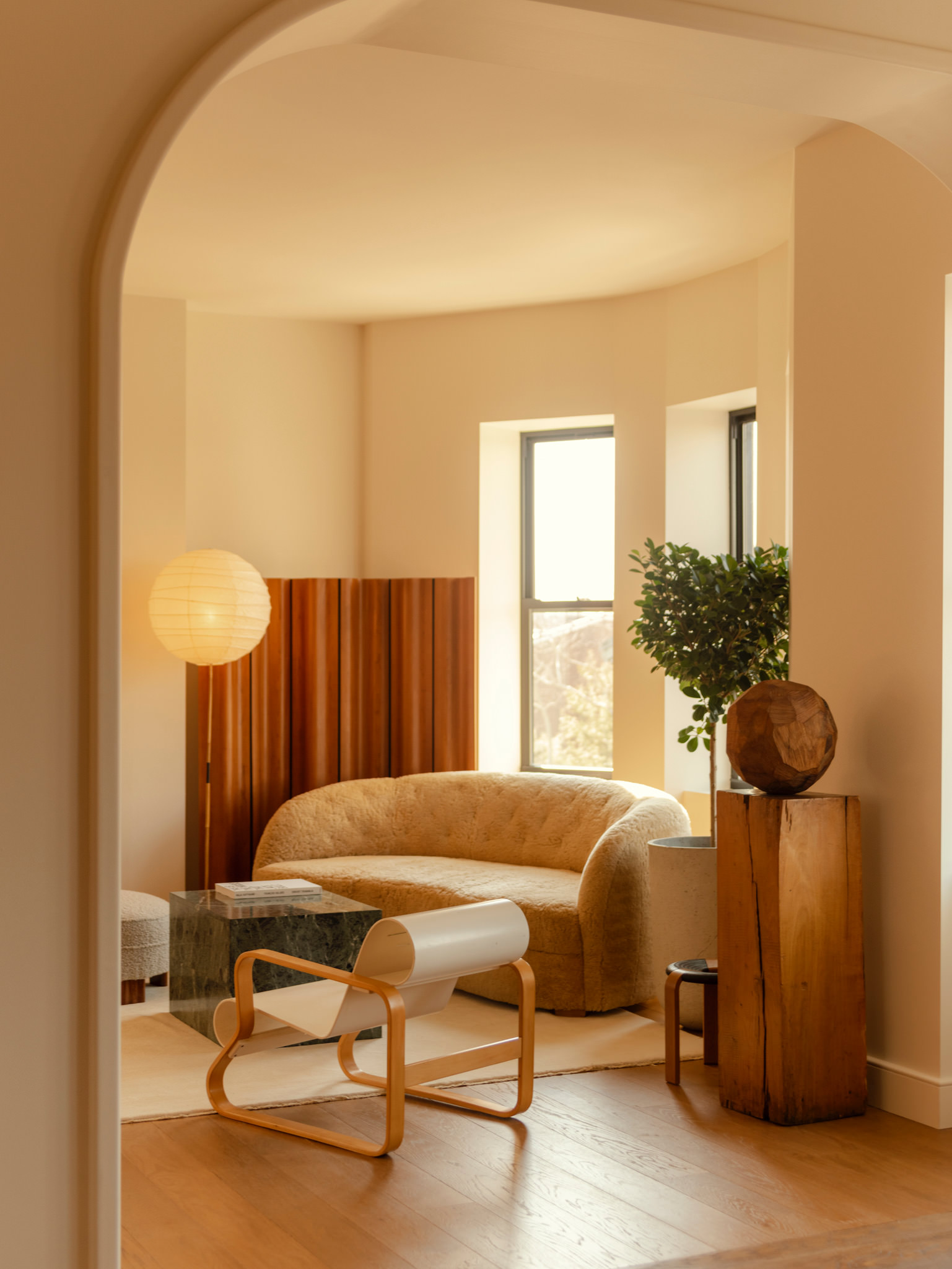 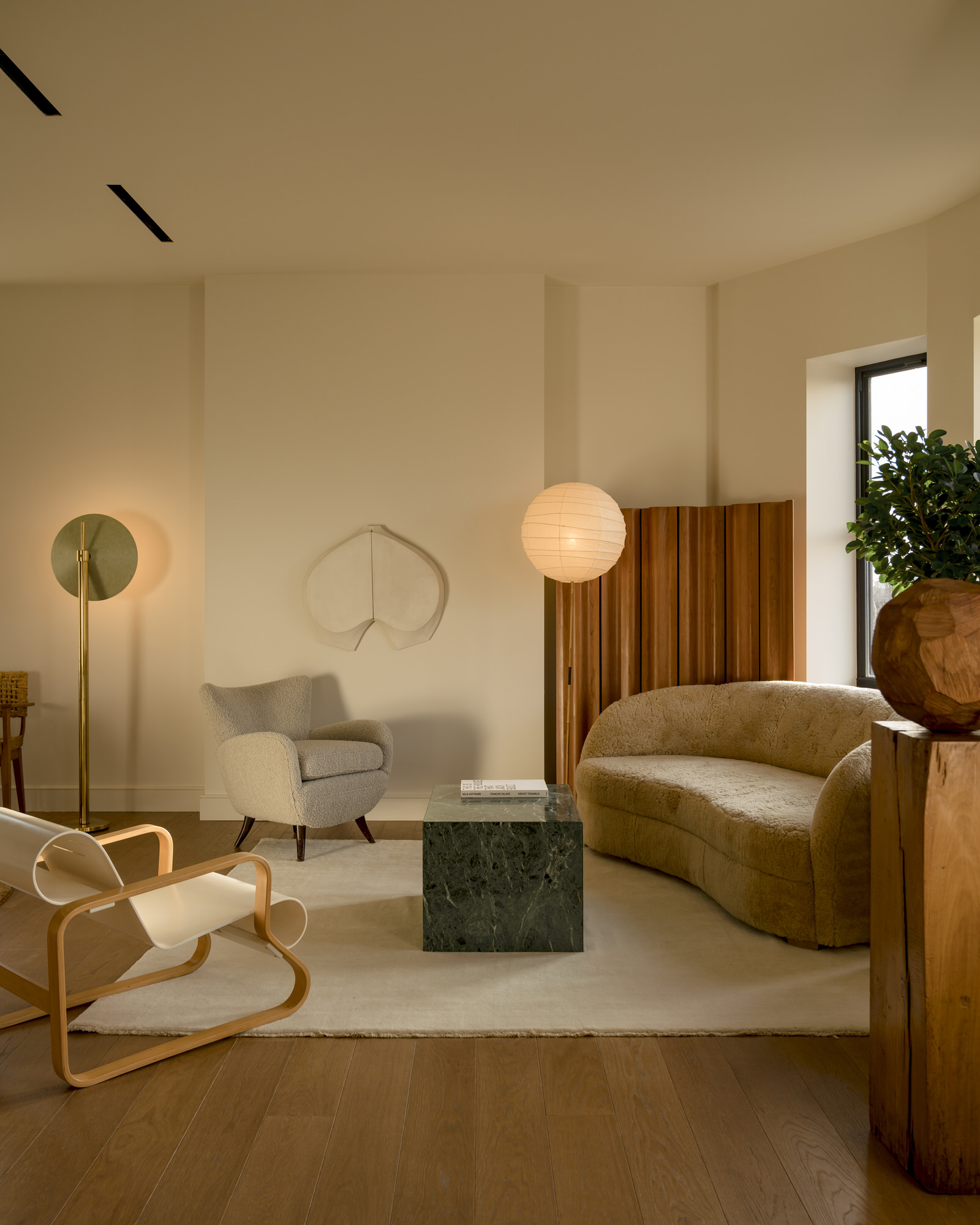 An escape from the busy Brooklyn streets, the heart of the home was carefully orchestrated. Keeping the kitchen airy and open, it was conceived as part of the living space with an emphasis on the long marble shelf in place of upper cabinets. The shelf topped by two sconces serves as a backdrop showcasing the honed purple-green veined marble. The layout then allows the fridge to be tucked away from the dining room, leaving it unseen.

The bedrooms were perceived as moments of serenity with integrated open shelves and an ensuite walk-in closet and bathroom. An operable skylight was introduced in the second bedroom, allowing even more light to flood through the 16-window corner apartment. With adaptability in mind, an alternative floor plan was conceived, allowing the addition of a 3rd bedroom with minimal construction. The living space then remains open, boasting the two historic bay windows overlooking Amity Street. 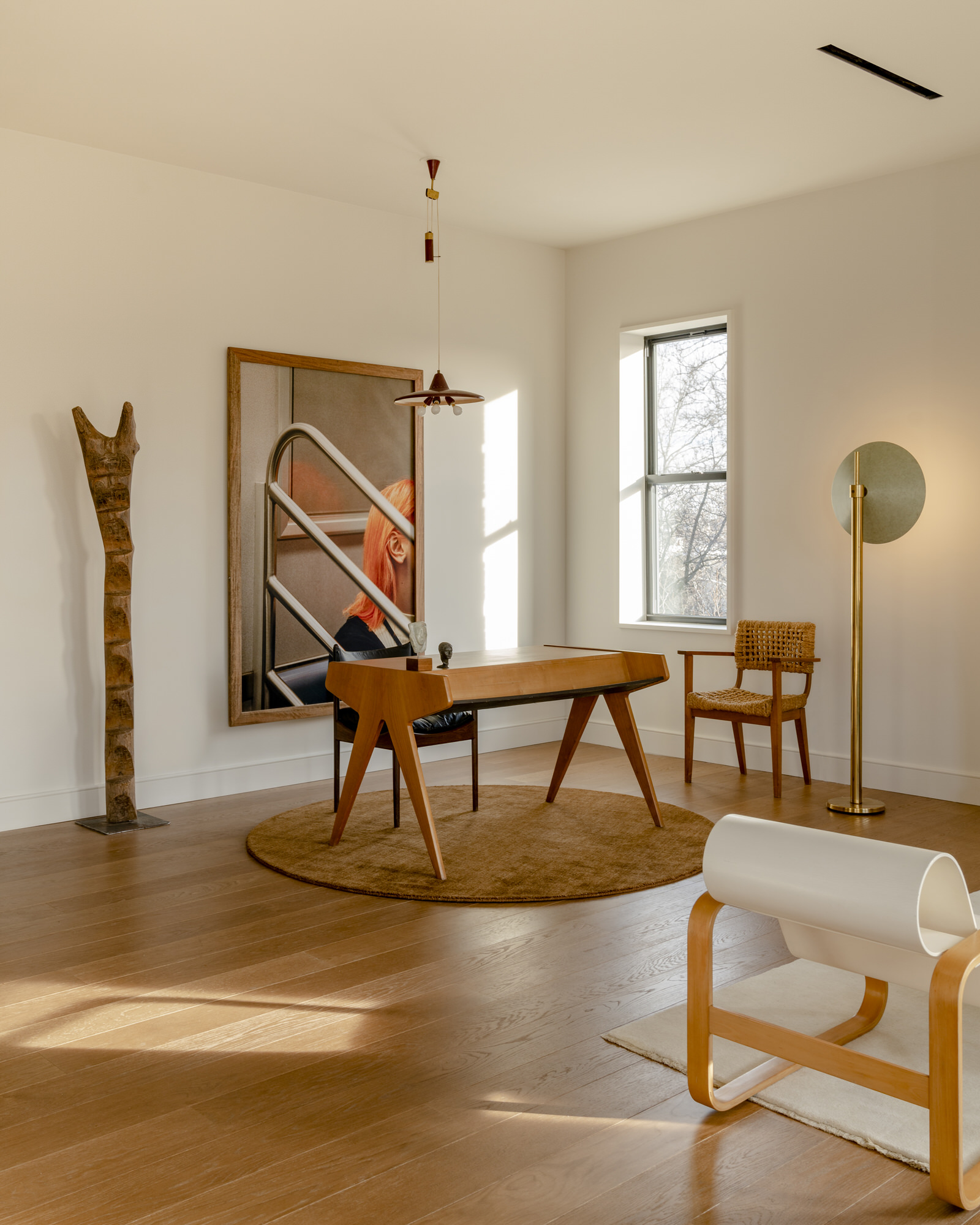 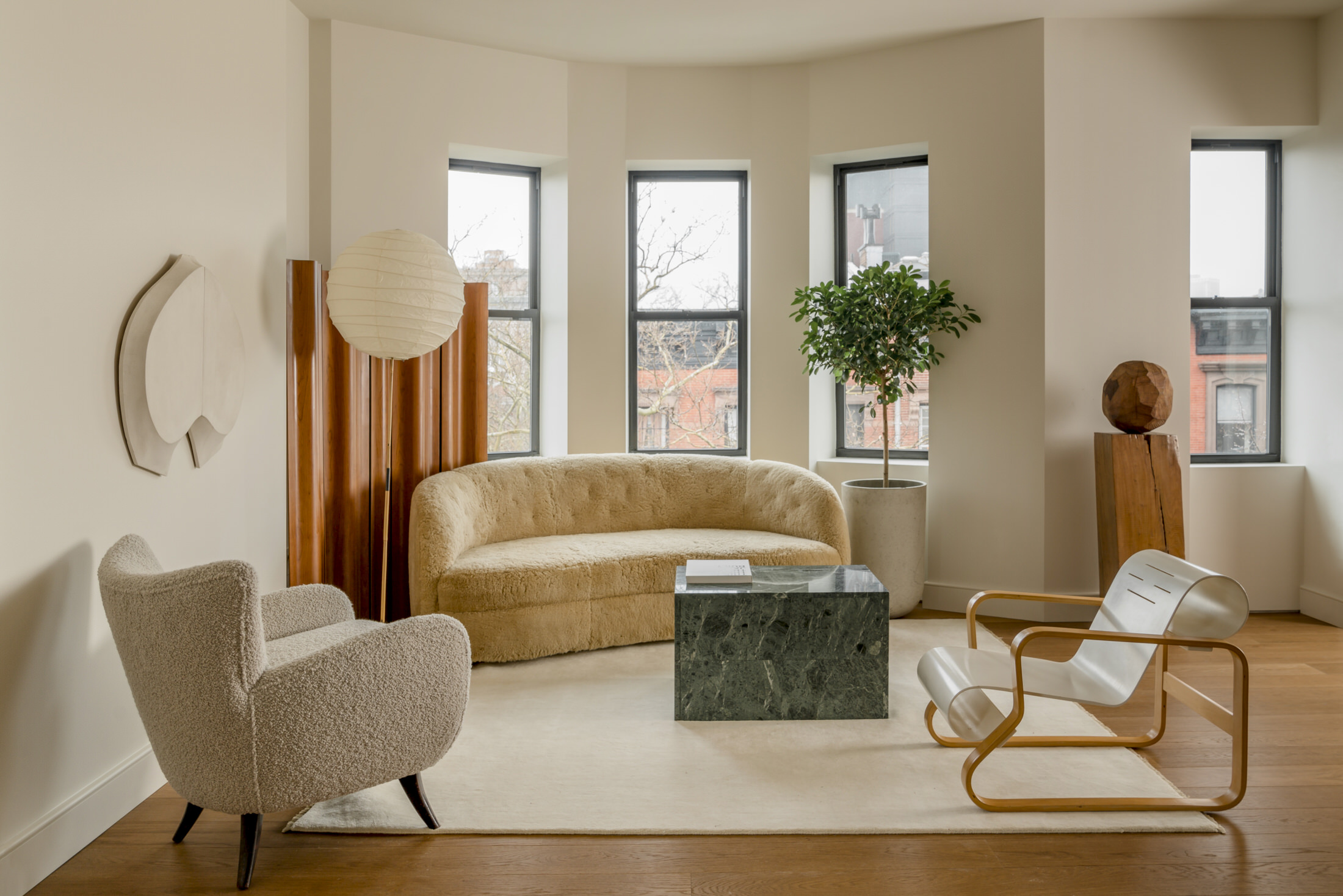 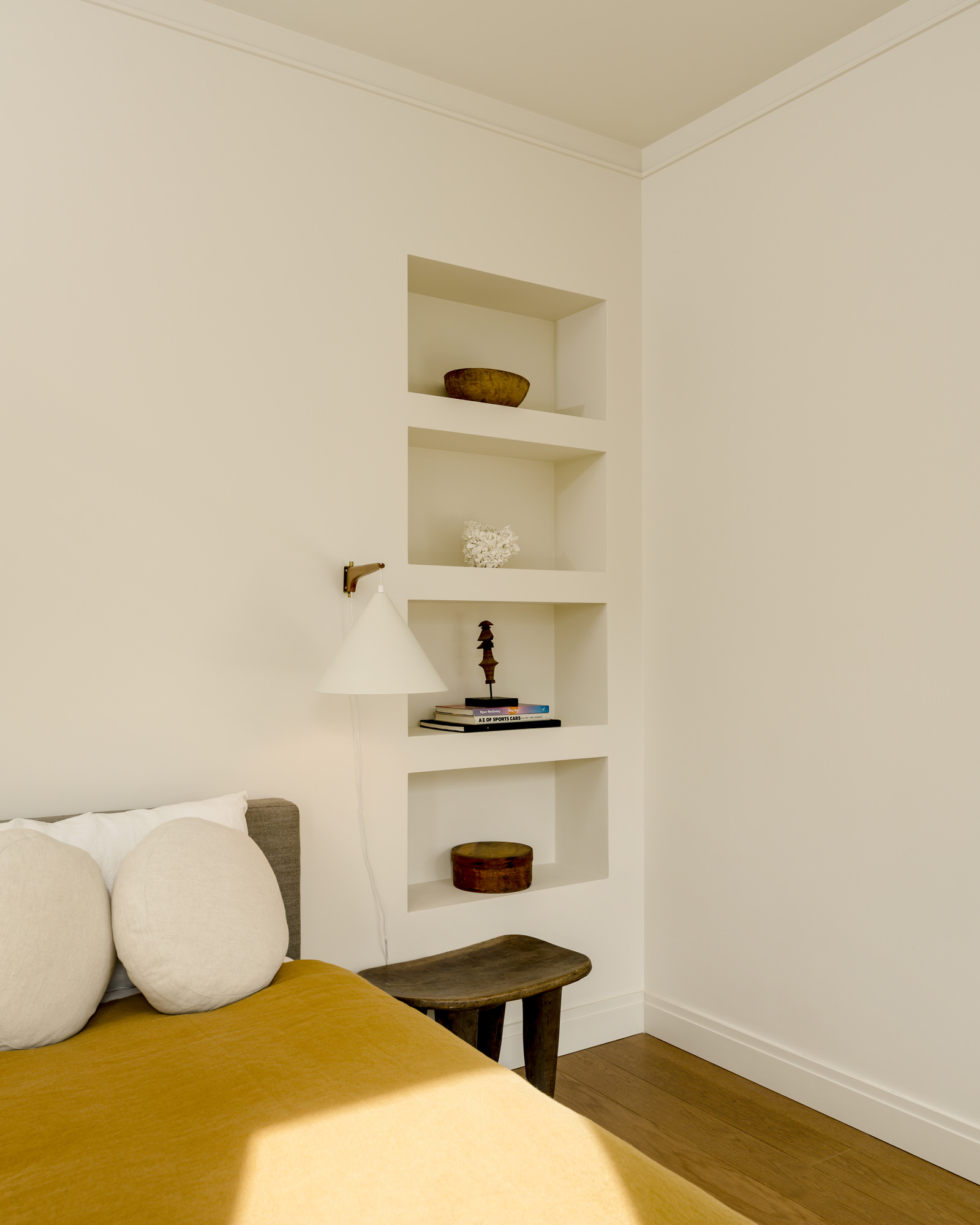 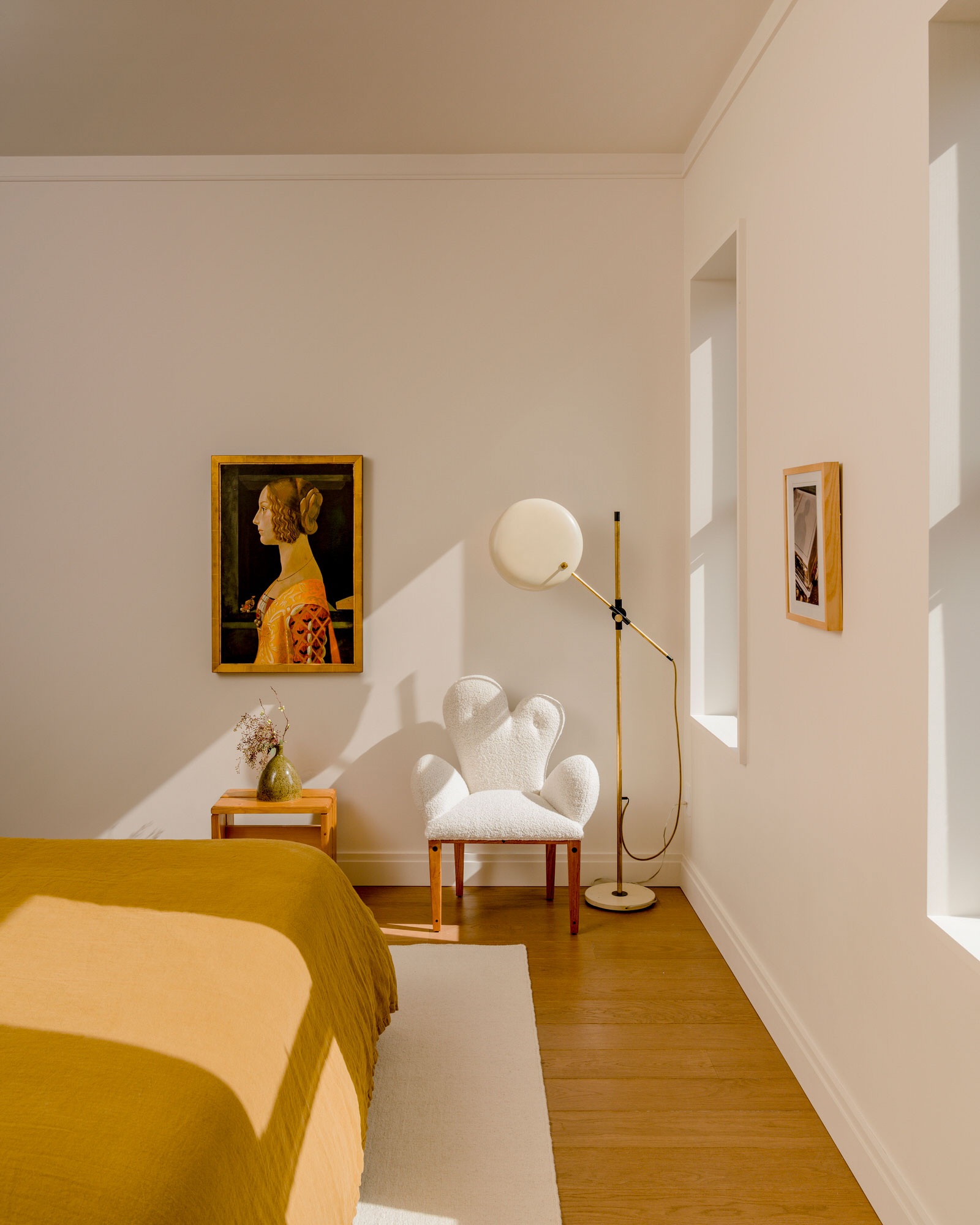 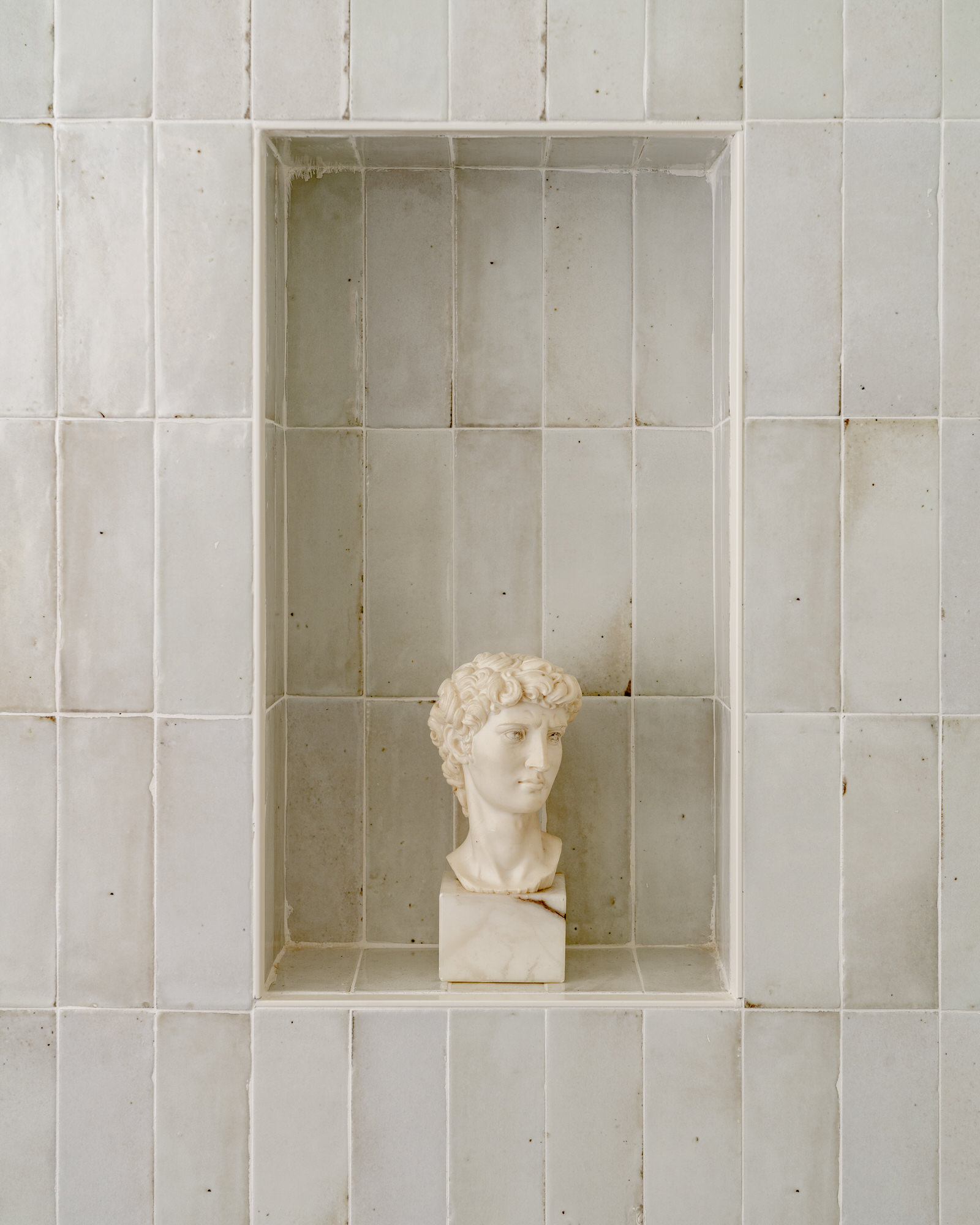 The designers saw potential centred around the building’s legacy. A dialogue of opposites was the main theme behind the creation; minimal but warm, understated yet rich. This idea was materialised through the pairing of an aluminium-clad kitchen against a traditional rounded arch, and hand-made ceramic tiles against soft contemporary lighting. A warm colour palette was deployed to unify the spaces by way of gentle oak floors, cream-hued walls that contrasted with dark stone, and stained wood inset bookshelves.

In order to bring the space to its full life, the duo called in gallery for the final touches. With an innate connection aesthetically and energetically, their vision of bringing together a culmination of different cultures and eras from Italian and Danish Modern mixed with a sprinkling of Baroque and Primitive influences, quickly transformed the space. Hopefully, this will be the first of many collaborations from the talented duo.