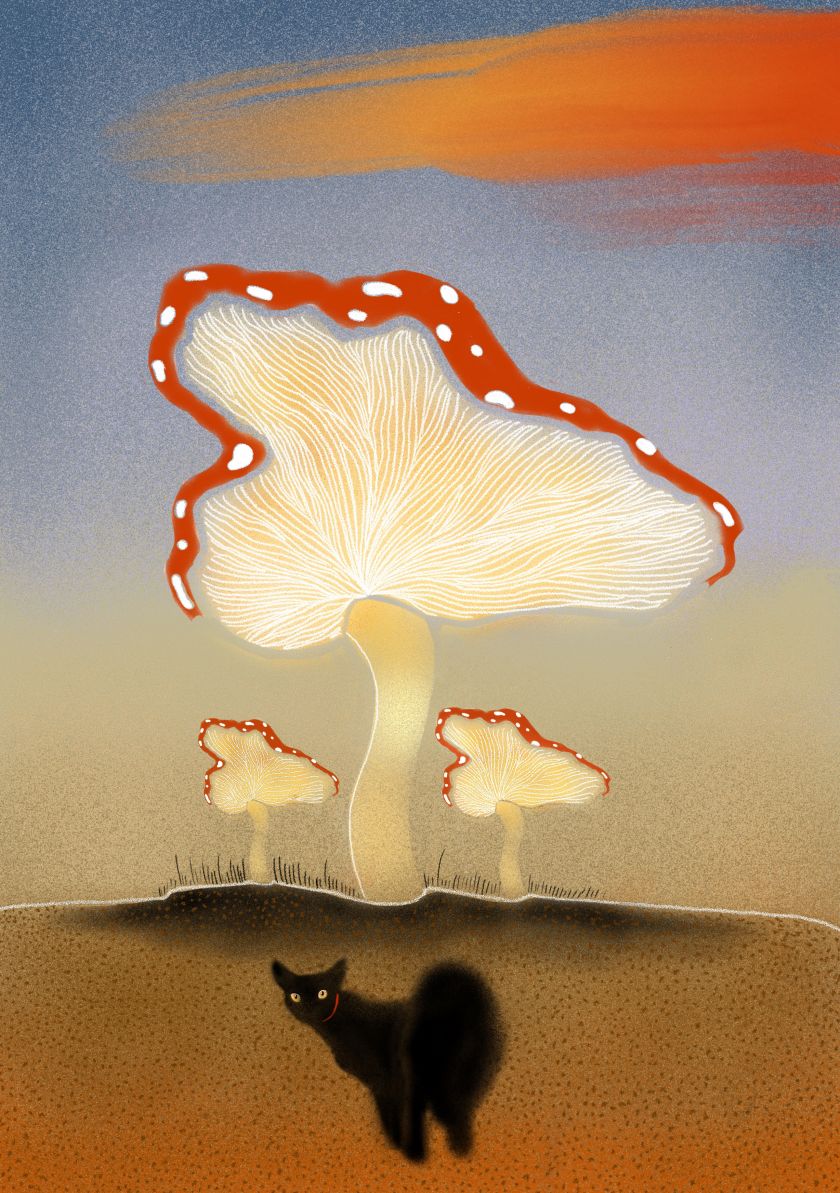 Inspired by alternative cinema and her Venezuelan culture, the Hanover-based illustrator strives to elicit a feeling from her audience.

, a Hanover-based illustrator originally from Caracas, Venezuela, finds much inspiration from alternative films. The weirder and more abstract, the better, for Andreína likes to twist the cinematic aesthetic into her own wonderful creations – like wobbly greyhounds running across a sandy road, pearly treasures or a glassy volcano. “Also, my roots in the Venezuelan culture plays an important role in my art,” she says. “As I am living in a foreign country now, my art has become more introspective as opposed to before. While living in Venezuela, my inspiration came from the outside and from the vibrant city that is Caracas.”

Before venturing into her medium professionally, Andreína studied audiovisual arts in Caracas and decided to take the leap post-graduation as a freelance illustrator. So far, her biggest project to date has been a hand-drawn animated video named Me and the Beast, in which she created the cover artwork and music video for a Spanish artist named María de la Flor. The film sees Andreína’s painterly style brought to life as it accompanies the soothing sound of the artist’s melody. In other recent works, she’s illustrated various subject matter from nature to cats and tributes to her Venezuelan culture. 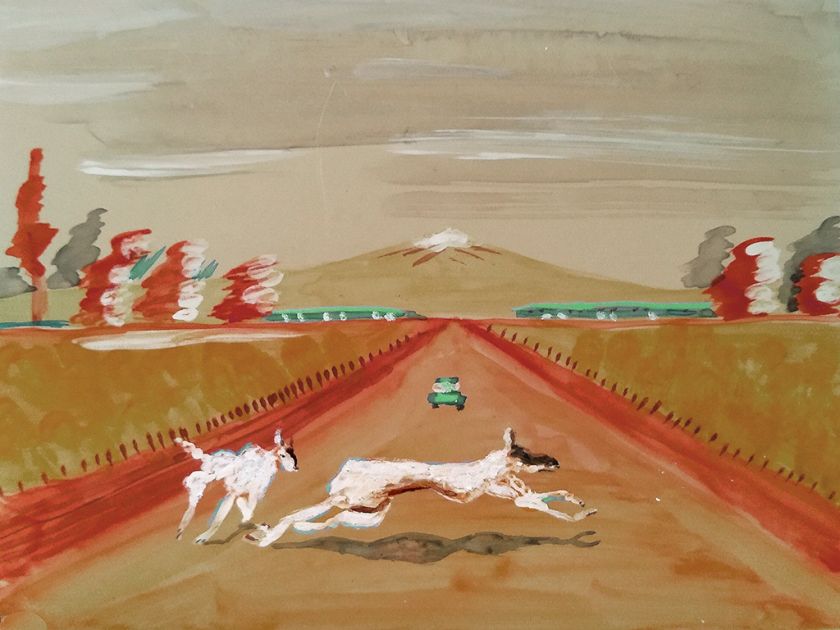 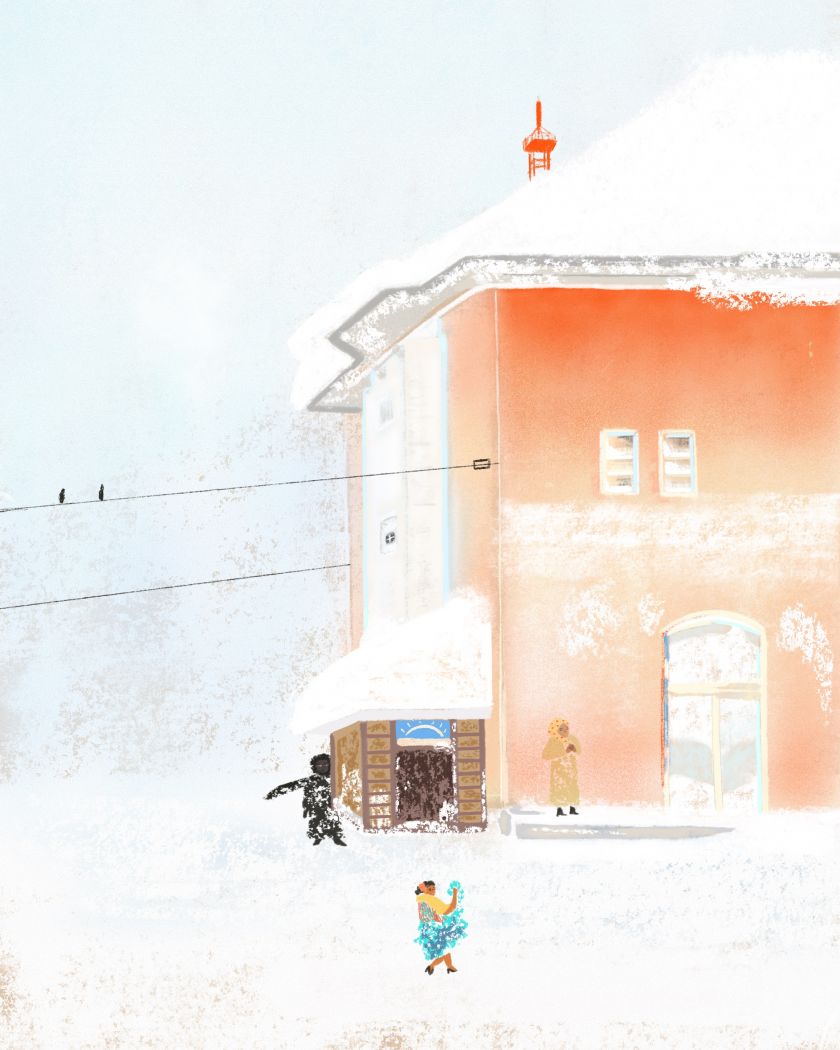 Von Pilzen und Katzen (About Mushrooms and Cats) is a recent example of her output. In this artwork, she says, “What I like most about this piece is the playful nature of it and how the cat directly looks at the spectator.” Dipped in a calming palette of earthy tones – rustic reds, oranges and beige – the illustration depicts an enlarged mushroom in the centre. Meanwhile, the sun sets in the background, and a magnificent black cat looks the viewer directly in the eye. The piece represents Andreína’s first steps as a digital artist, which is a medium she transitioned to just a few months ago: “Its creation was the first time for me that I thoroughly enjoyed digital art.”

Oú est la Maison de mon Ami, on the other hand, refers to Andreína’s love of cinema. The title, for instance, is a nod to the illustrator’s favourite movie of all time, Where is my friend’s house – directed by Abbas Kiarostami. In the film, the protagonist (a boy) searches for his classmate’s home after taking his school’s notebook by mistake. Adventurous and visually gripping, Andreína pinpoints this “important scene” where the boy sets off on his journey, and in turn, strives to recreate it through her art. “My goal with this image and what I enjoy about it the most is the perspective which is intended to be like a pop-up book or a theatre stage kind of aesthetic,” she explains. 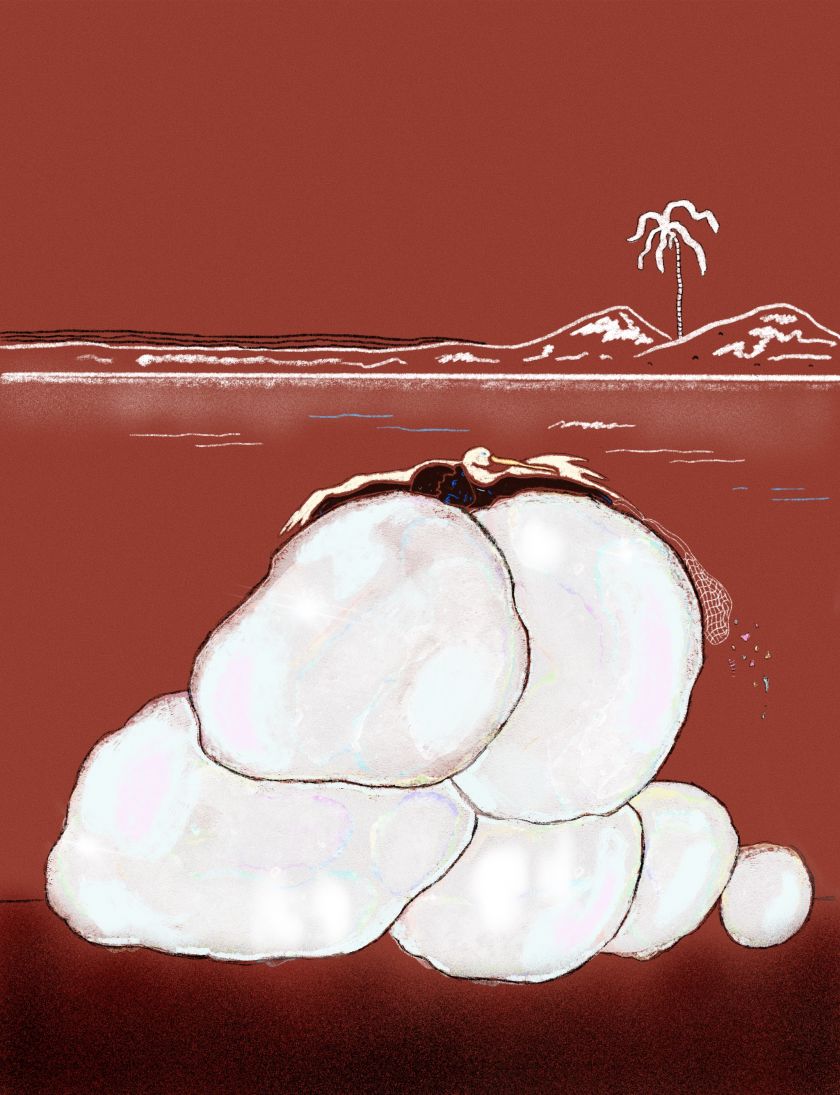 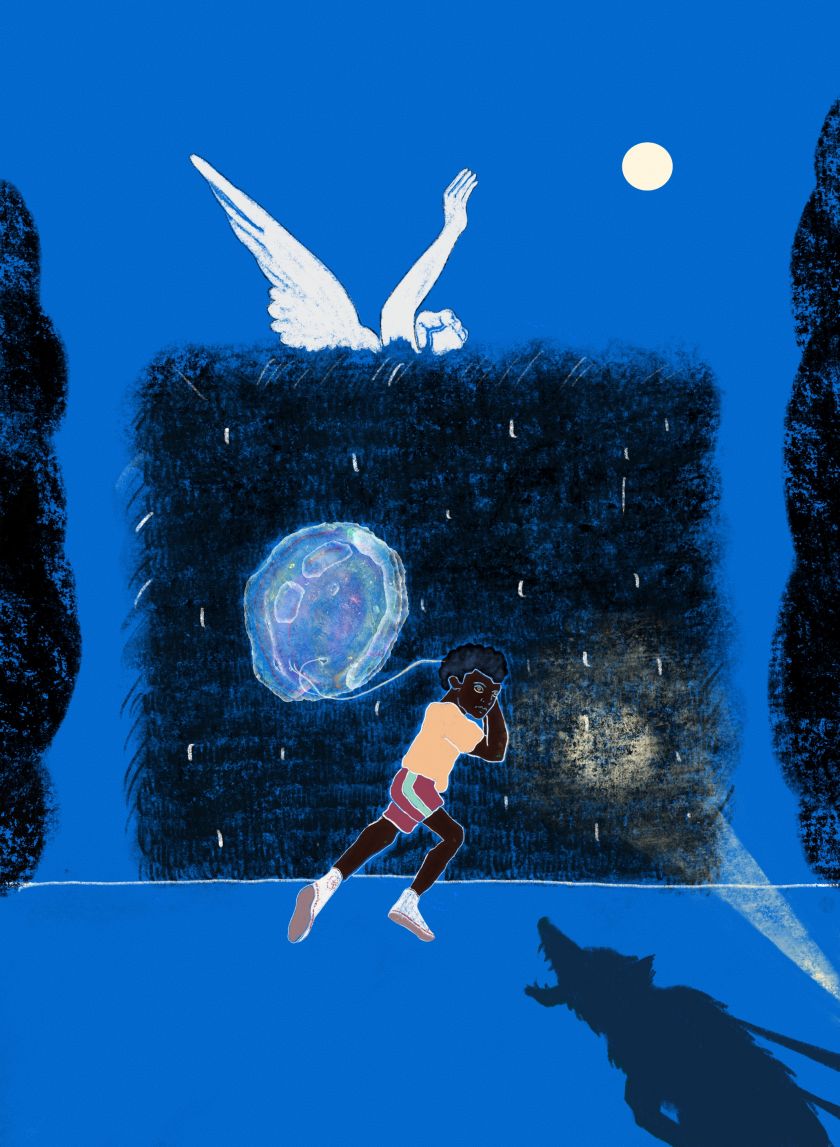 Meanwhile, Viaje de un Santo (which translates to Journey of a Saint) features an eye-catching scene that appears almost otherworldly. “This image pays tribute to Saint, which plays an important role in my Venezuelan culture. For this painting, I had an unusually clear vision from the beginning. I did it in a very short time, and the whole process was very satisfying to me.”

When it comes to the illustrative process, all of Andreína’s works are created spontaneously. Devoid of any planning, she works on intuition and lets the act of making guide her. “I usually do not have an image of the finished picture in my head, and instead, the ideas for the final piece come bit by bit during the process of creation,” she says. The only factor she thinks of in advance is the colour palette, as the hues and tones play a key part in the atmosphere of her illustration. “For me,” she concludes, “it’s not about conveying a specific message, nor about evoking a certain feel in the spectator. The only thing that matters to me is to surprise the viewer and make them feel something.” 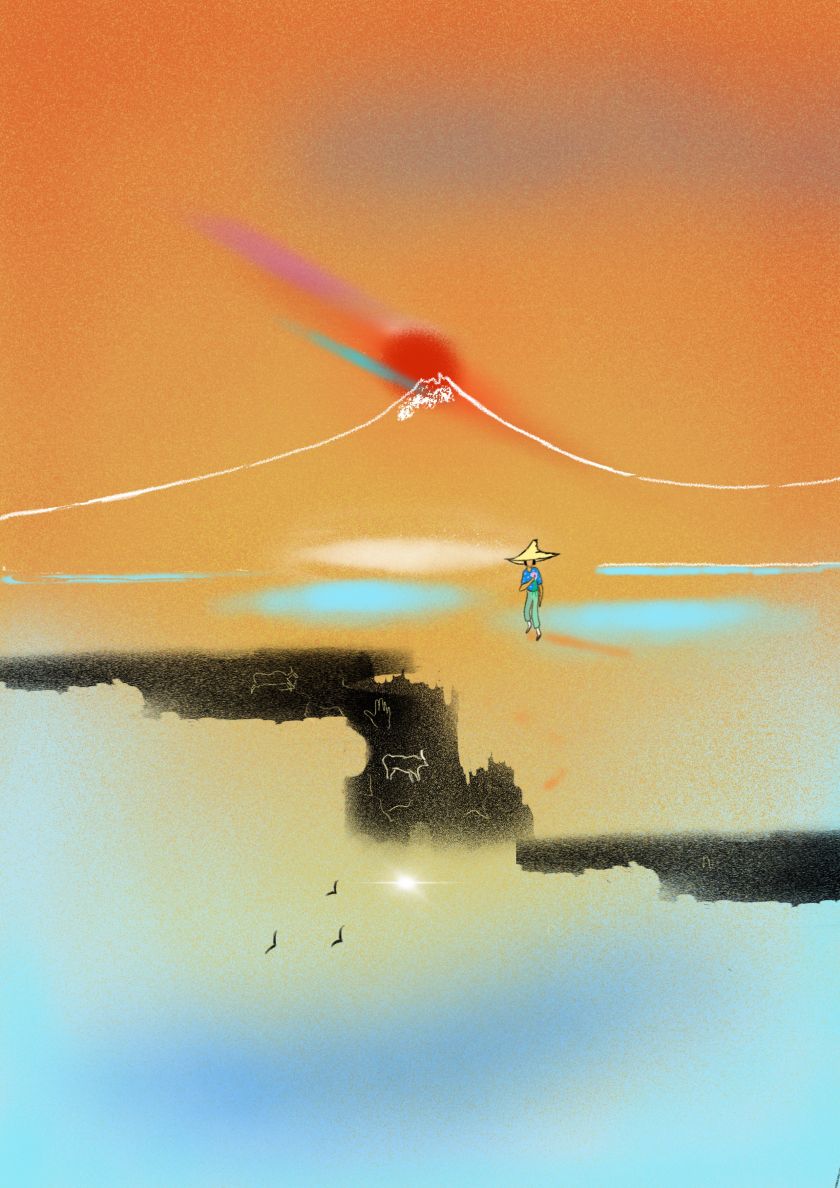 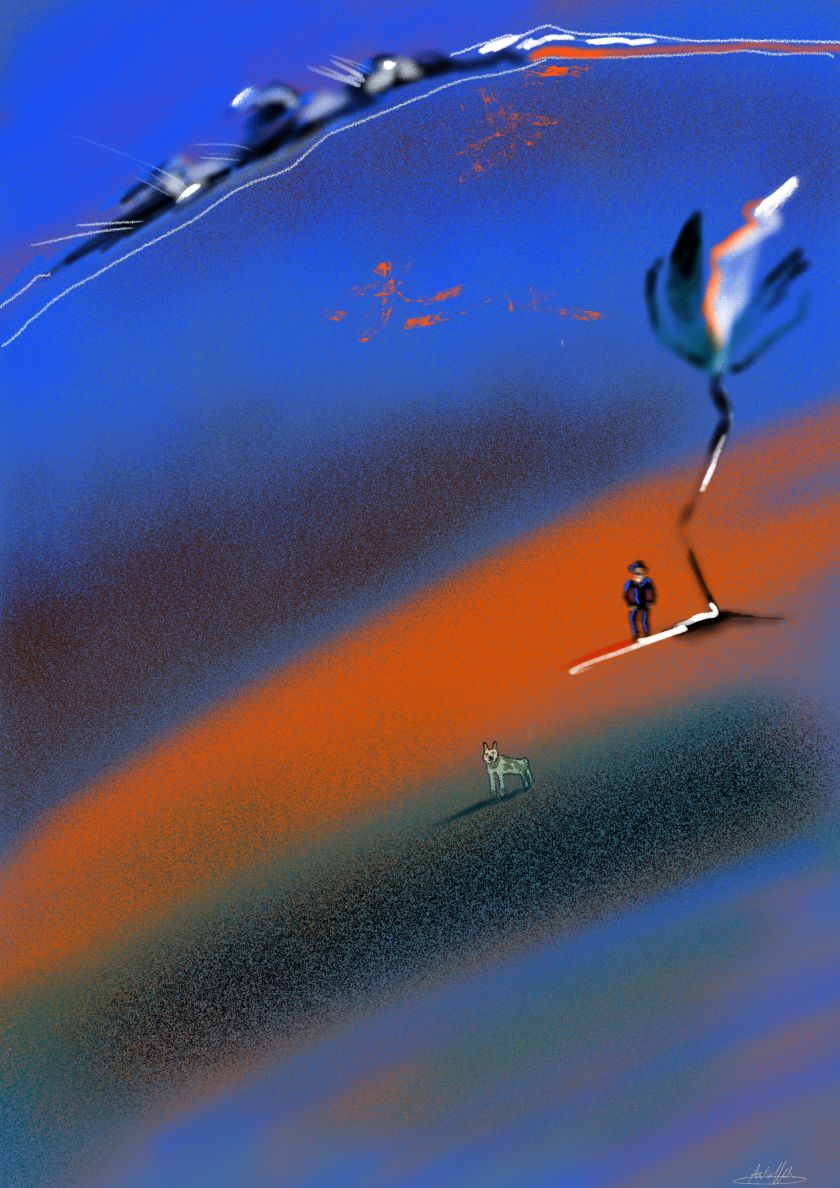 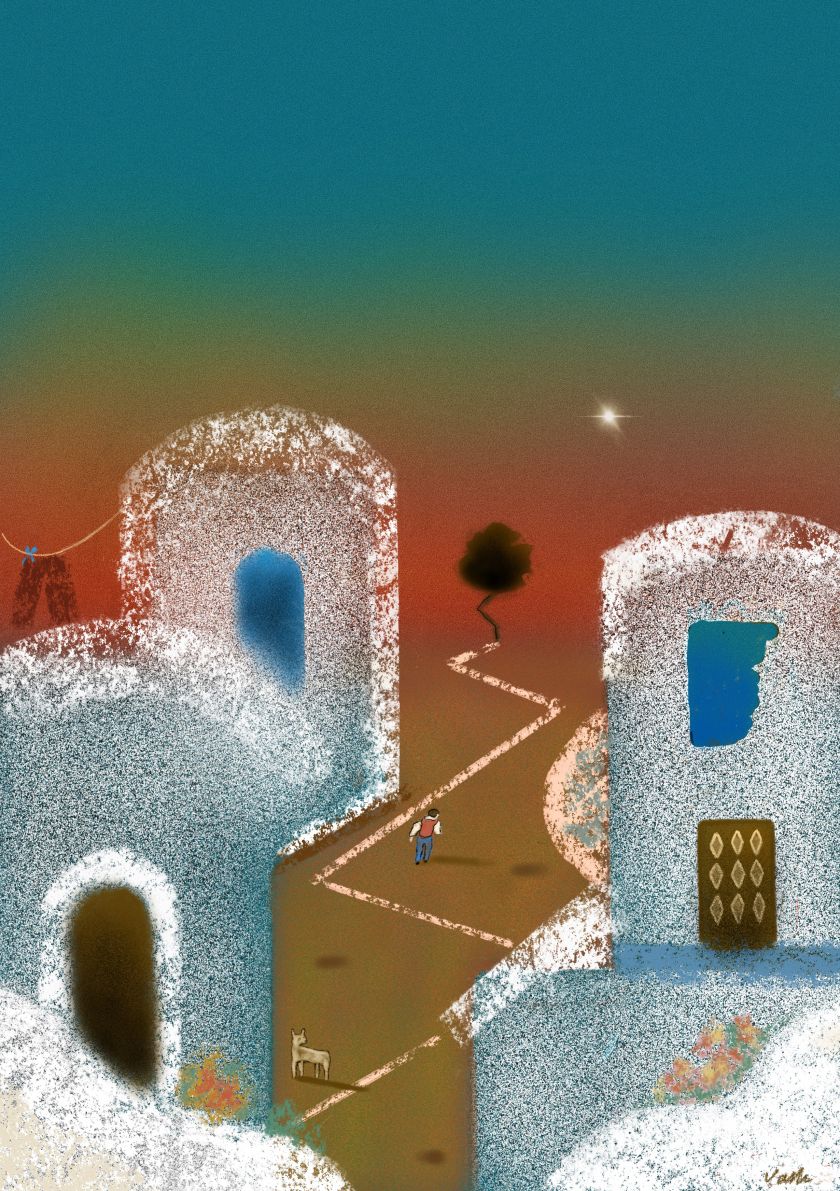