Each spring, a fledgling creature waddles, wriggles, or slithers across a Dutch beach. The sculptural animals are known as Strandbeests and are part of a growing menagerie by artist (), who’s been constructing large-scale, kinetic beings powered entirely by the wind since 1990. Jansen unleashes the skeletal works—which weigh around 180 kilograms and use 2,000 to 3,000 meters of PVC pipe—in the early part of the year and uses the summer months to tweak their function so that they better withstand the sand, water, and other elements. By fall, the creatures have fully developed and scurry across the beach with quick, sometimes undulating motion.

Jansen recently compiled a collection of his works in the video above, which chronicles the Strandbeest evolution during the past few years. The montage encapsulates earlier forms carrying massive sails, caterpillar-like critters, and now, winged creatures that fly feet above the ground and is evidence of the artist’s decades-long dedication to developing the lifelike works.

A survey of Jansen’s Strandbeests runs through July 3 at , and Hannibal Books released to coincide with the exhibition. Explore more of the artist’s practice and elaborately built animal kingdom on and . 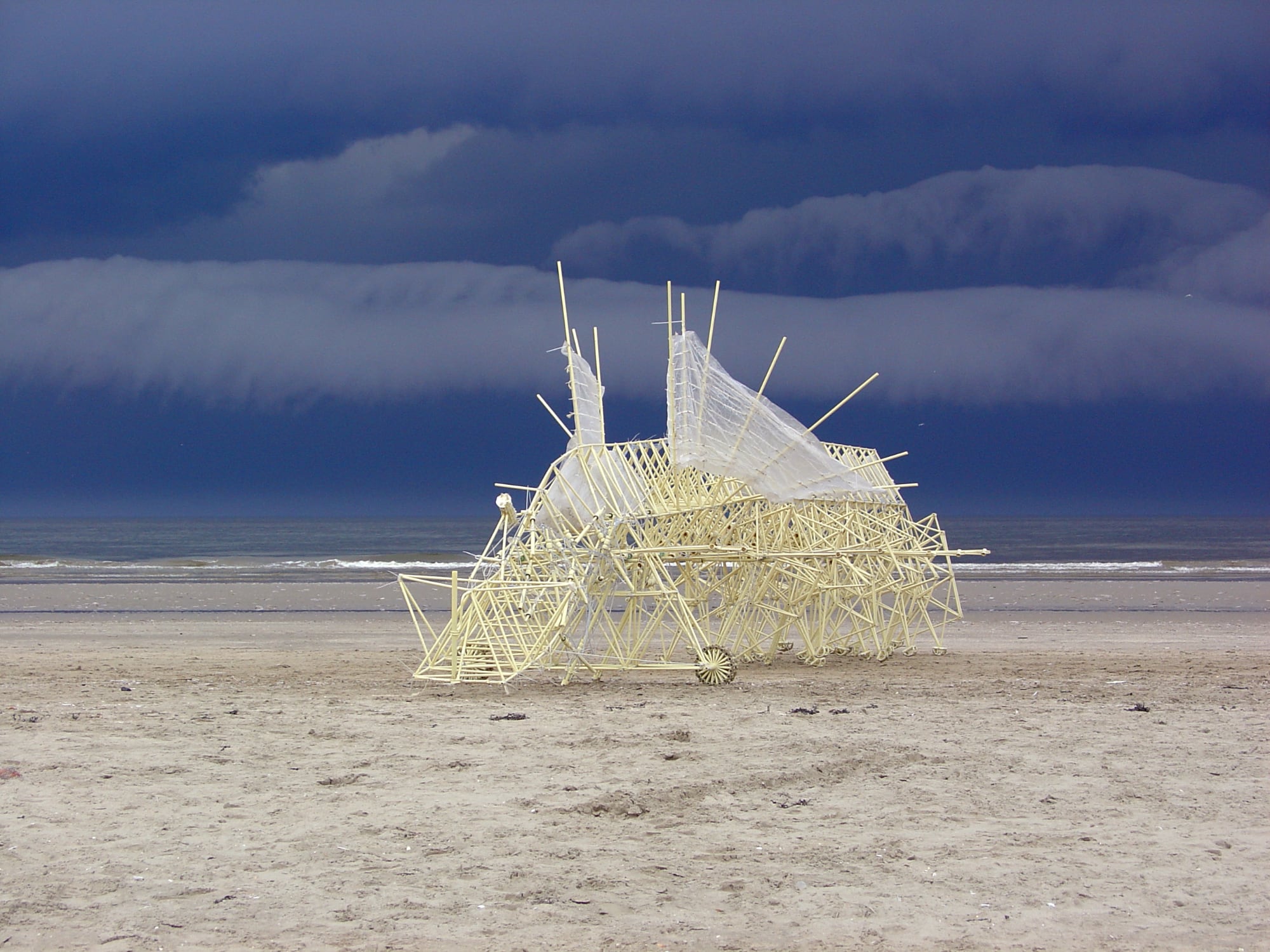