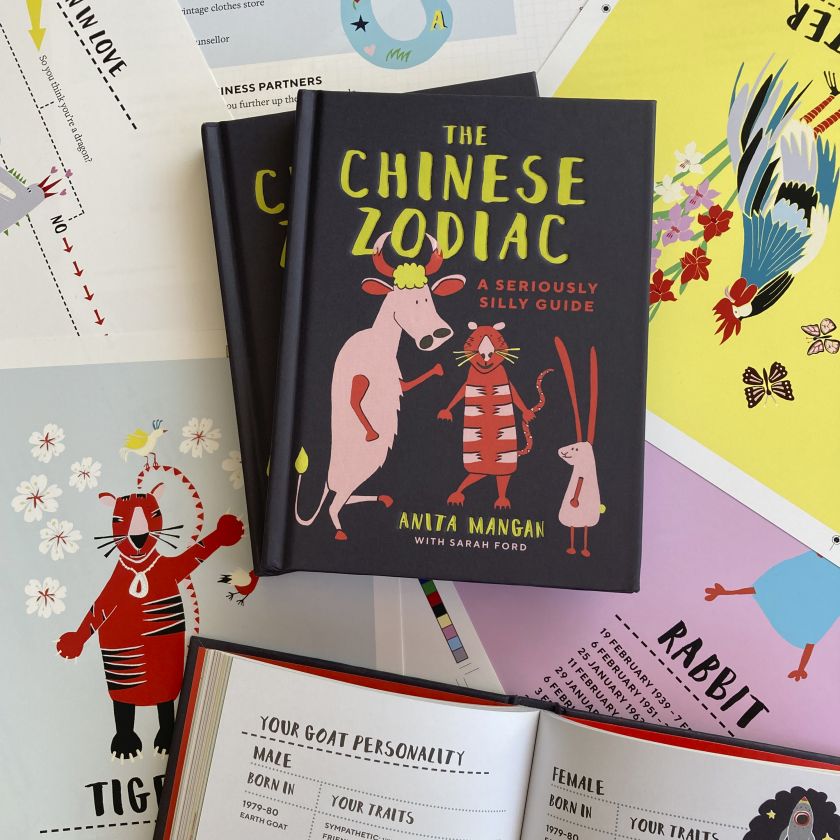 Do you like to stay at home like the goat? Or are you a dependable dog, cheeky monkey or wild horse? In ‘s new book, The Chinese Zodiac: A Seriously Silly Guide, you’ll discover more about your own astrological animal whilst enjoying some of her quirky and colourful illustrations in her signature style.

The celebrated graphic designer and illustrator has designed over 60 books since graduating from
Camberwell College of Arts. Her first was , which won an award and quickly gained her a reputation in the UK and internationally. Anita went on to design books for Comptoir Libanais, Cabana, Gizzi Erskine, and Fearne Cotton, as well as illustrating the bestselling ‘Be a Unicorn’ and subsequent series. It wasn’t until late 2017 that she published her own book, Bingo: An Illustrated Guide to Bingo Lingo, to critical acclaim. She also recently collaborated with her brother, Stephen Mangan, illustrating their first children’s book, Escape The Rooms.

The Chinese Zodiac: A Seriously Silly Guide is due to be published by Portico this month, and marks her third. It asks the question, who can you trust with your innermost thoughts? Who will be your one and only, or simply a snog behind a bush? And who do you need to keep at arms’ length with a cattle prod? Anita answers all your probing questions in her funny guide, which lists all the personality traits of your own Chinese zodiac animal. “I’ve always found zodiacs intriguing,” Anita tells Creative Boom, “plus, I love drawing animals so this was a perfect fit for me. Also, who doesn’t love reading about themselves? “ 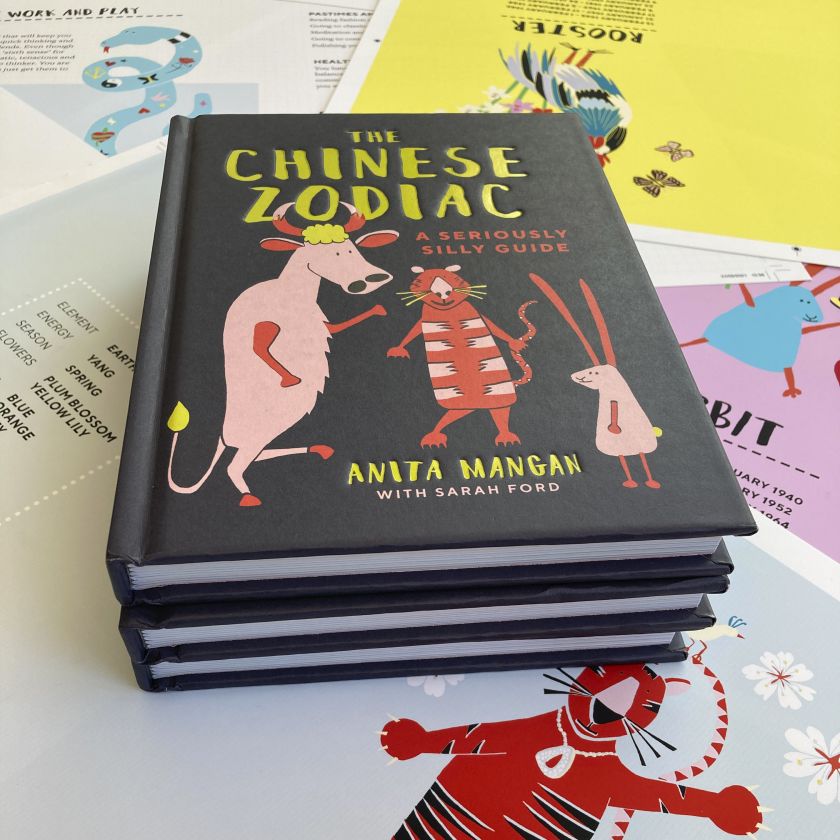 The book’s description reads: “Take a big chunk of Chinese wisdom, a small dose of science and sprinkle it with a bit of British humour and you have a recipe to stave off boredom for an hour or so, and a way to give your family and friends a fit of the giggles.”

Not really dived into the Chinese zodiac before? It’s all about time, apparently, with the moon, the sun and Jupiter all playing their part. The book goes on to say: “The Chinese New Year is based upon the phases of the moon and can fall anytime between late January and the end of February. Your Chinese zodiac is based on your birth year and each year is represented by an animal. Each animal gets the spotlight once every 12 years. The Chinese believe that the animal that relates to your birth year will influence your personality, love life, career and destiny.”

Writer Sarah Ford is behind the words in Anita’s book. “I’m a Rooster and hadn’t told Sarah which animal I was when she was researching the animals before writing the copy,” adds Anita, “just as a little test to see if it was anything like me. And I have to say it was spookily spot on! She even matched us as good business partners, remarking that ‘You two are a funny old mix that works, the job would be done sooner if you spent less time finding each other so amusing’. This has been how we’ve worked over eight humorous gift books.” 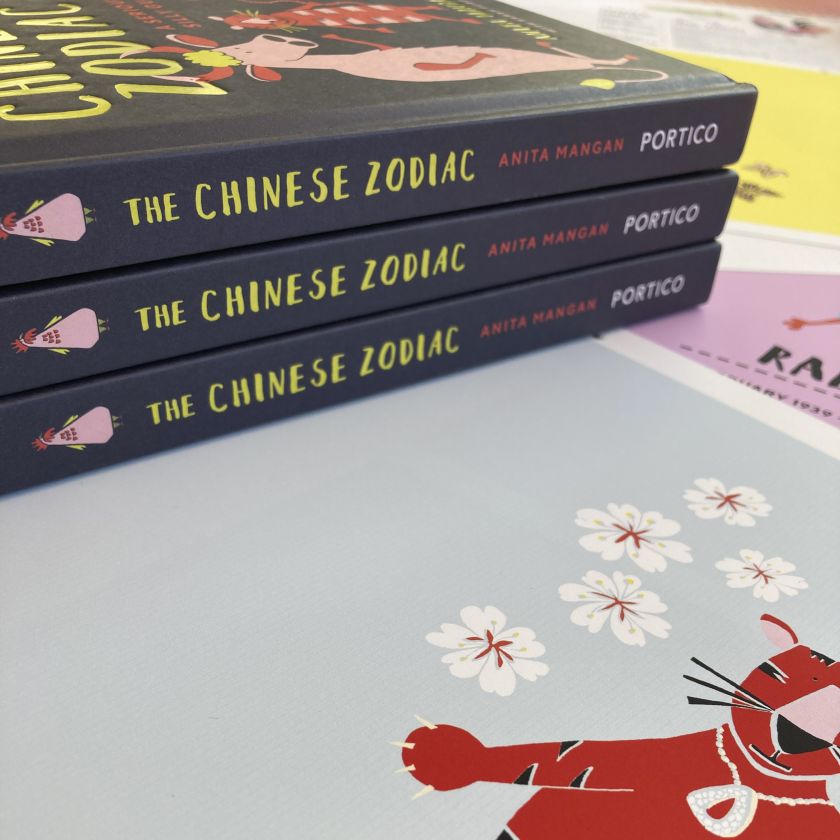 “The traits are true, too,” Anita continues. “One of them: ‘Imaginative, you pick up other people’s rubbish and make it into small ornaments’ – you should see my shelves to know just how true this is!”

We personally love its wit and charm alongside the wisdom, as we discover more about our own animal personalities, all gloriously illustrated in Anita’s signature style. “I love to create bright, simple and colourful illustrations that have the appearance of being screen-printed,” she says. “I hand draw all my illustrations, scan in the line drawings and then fill them with colour on the computer – then get rid of the lines and that’s the result. The aim is for them to be beautiful and funny.”

The Chinese Zodiac: A Seriously Silly Guide is published by Portico, an imprint of Pavilion Books, and will be available from 14 October.