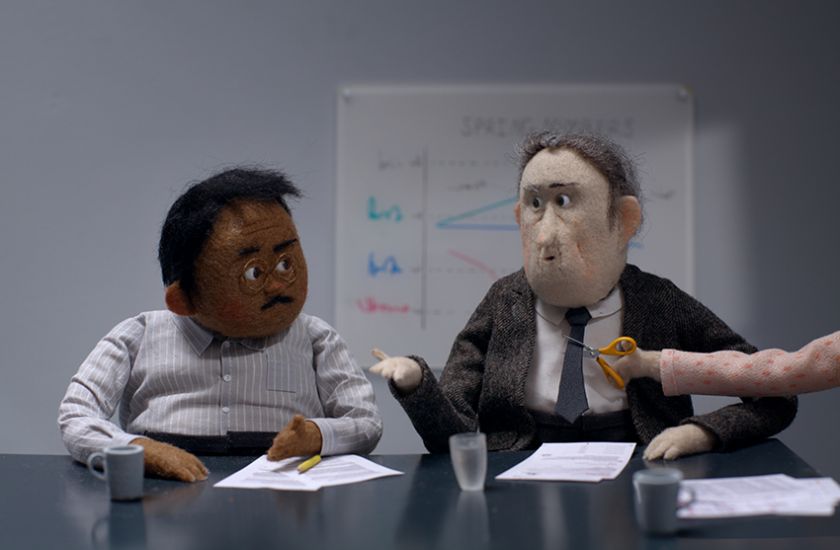 Award-winning director is behind this new campaign for Global Women New Zealand, highlighting the ‘Motherhood Penalty’ and the startling fact that on average, of the same age and education over the course of their career.

The stop motion film, created by Passion Pictures in collaboration with Saatchi & Saatchi New Zealand, builds on the humorous workplace scenarios Mantzaris conceived for her critically acclaimed short film and suggests that there is almost nothing a woman could do in the workplace that is more “career-limiting” than having a baby. 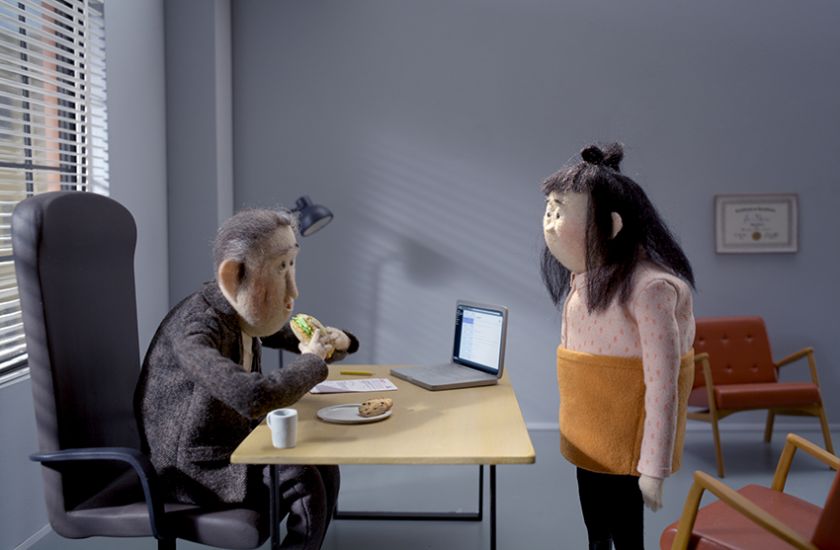 The campaign launches today for International Women’s Day and answers to this year’s theme #Choosetochallenge, as Agnes Naera, CEO of Global Women, puts it: “We hope to challenge and raise awareness of the ‘Motherhood Penalty’ that still has a significant impact on women in the workplace in New Zealand.

“Like many issues of inequity, there isn’t a single action that can be taken to solve this, as the penalty is made up of a combination of factors, often built up over many years. On one side, we need to tackle the unconscious biases that still remain around women with children and on the other, we need to address systems and processes around recruitment, pay and promotion to ensure an equitable playing field.” 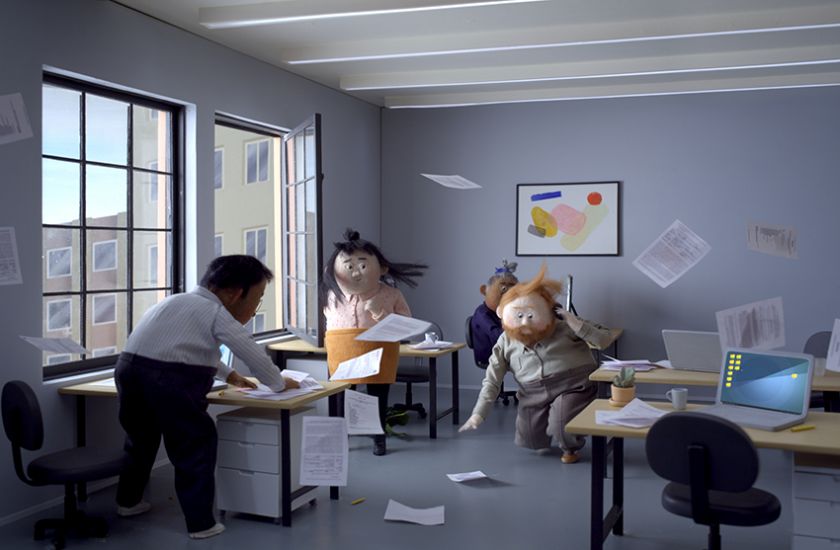 Speaking of the work, Mantzaris says: “I just fell in love with this project as soon as Saatchi & Saatchi got in touch with us. It is the most rewarding thing to be able to combine my creativity with a subject that is really close to my heart, so it was an honour to be asked to work on this project. It is very sad that the pay gap and the way women, or rather mothers, are being treated by the work environment is still the way it is.

“I don’t believe that this is something that is happening intentionally but rather a consequence of our culture and failing to see invisible obstacles and discriminations that mothers are constantly being faced within the work area. I think International Women’s Day is a really good opportunity to shine a light on inequalities that exist today and even though this should not be the only day we talk about these subjects; it gives a good opportunity to highlight some issues and create a discussion around them.”

The campaign launches today and will run across social, outdoor and digital.