New York City’s Pier 55 is getting a name change to go along with its radical new design—it’s called Little Island. ’s Little Island is a biodiverse park removed from Manhattan. Its undulating surface is made from 132 concrete columns that expand to create modules of landscape. The park was commissioned for the .

Little Island will serve an important ecological function as it introduces 100 species of trees and other flora to its 2.4-acre site. In addition to the walking paths and landscape areas, a section will be dedicated to a flexible performance area for community events. The designers achieve all of this public program while tying into the site’s context. The concept for the unique parametric columns came from the idea of shifting structural piers in the water. By continuing this design language, Heatherwick Studios could adjust the landscape to solve design problems like circulation and seating for the performance area. 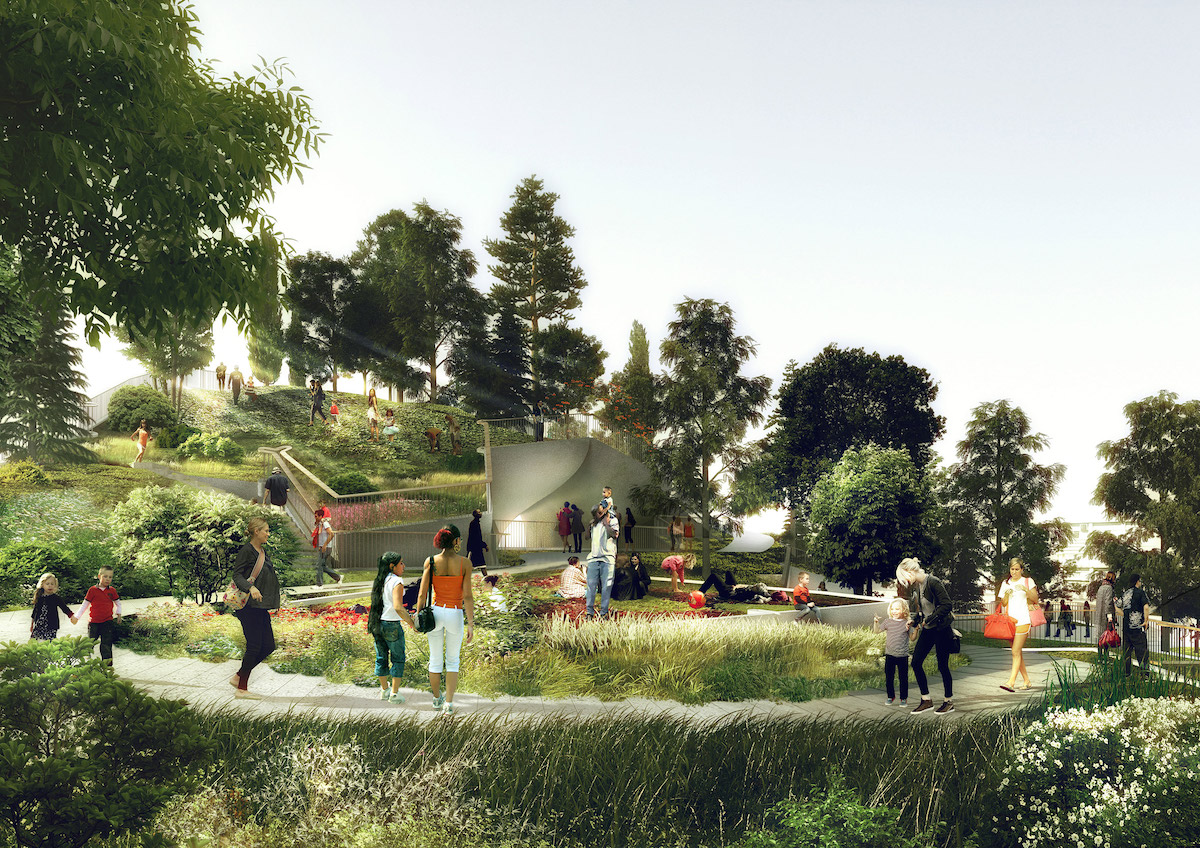 “It’s a joyous feeling to see Little Island rise up in the Hudson River, and now I can’t wait for New Yorkers and its visitors to cross the bridge, leave the boisterous city behind, and play, lay back, and be stimulated every which way by the island.” says co-founder of the foundation Barry Diller.

The Diller-von Furstenburg Family Foundation has decided to share this process through a video of current construction progress. In the video, we can see a close-up view of the concrete modules that create the topographical landscape. Though exciting to see in progress, Little Island struggled to reach this phase as it overcame strong opposition from local community groups who opposed the plan. Since its initial planning approval in 2016, the project has gone overbudget from an initial price of $35 million to about $250 million.

Luckily, progress is now underway and these new renderings of the proposed park certainly help create excitement for the upcoming nature getaway. New Yorkers and other visitors can expect to enjoy the park on Manhattan’s southwest riverside later in 2021. 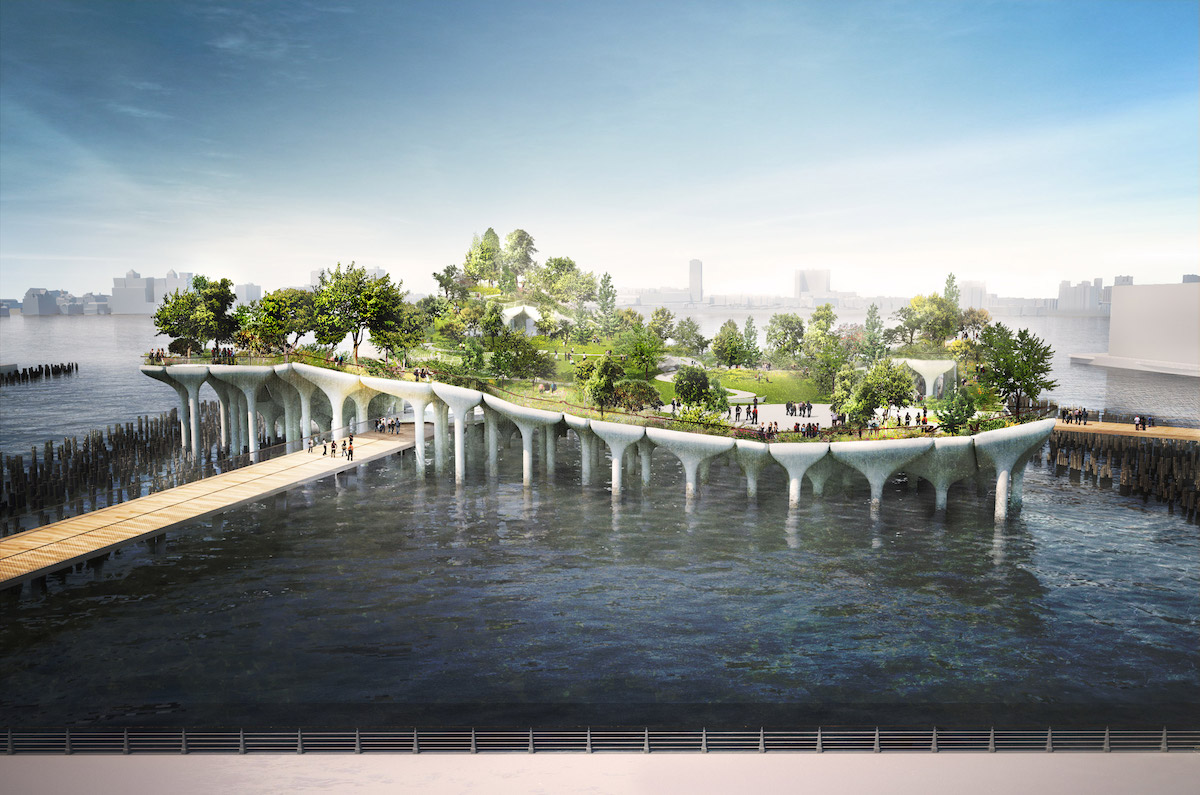 Little Island will serve an important ecological function as it introduces 100 species of trees and other flora to its 2.4-acre site. 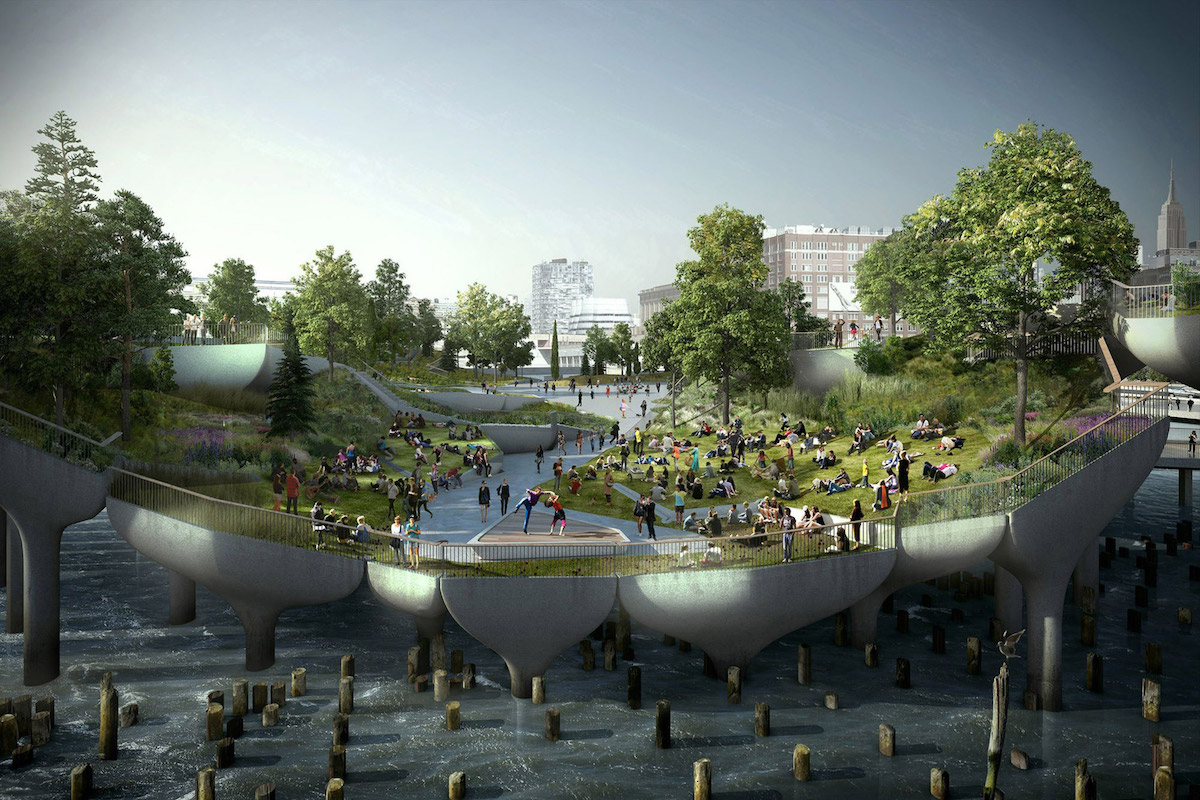 All images via Heatherwick Studio and Luxigon.