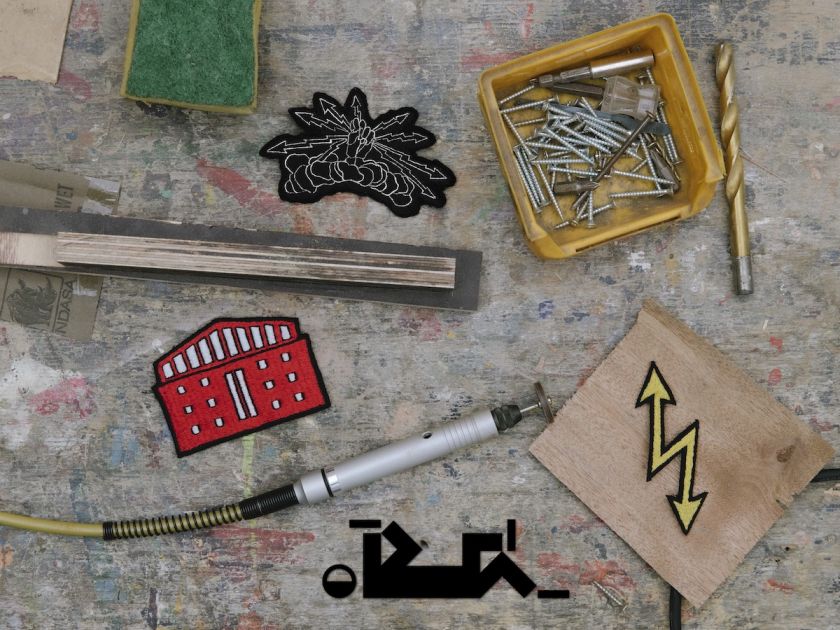 A major fundraising campaign is underway to reinvigorate a disused Bauhaus-era swimming pool in Luckenwalde, which is 30 minutes south of Berlin in Germany, by staging “beach-opera” Sun & Sea at the site.

is spearheaded by E-WERK Luckenwalde – an arts institution that has created a world-first in generating and using its own renewable power, which is garnering support to stage Sun & Sea in its home city for its Berlin-Brandenburg and CO2 neutral premiere.

The opera by artists Rugilė Barzdžiukaitė, Vaiva Grainytė and Lina Lapelytė, and curated by Lucia Pietroiusti, will be staged during Gallery Weekend Berlin on 1 and 2 May this year and was previously presented by Lithuania at the 58th Venice Biennale 2019 for which it won the Golden Lion Award, the top prize for an international pavilion. 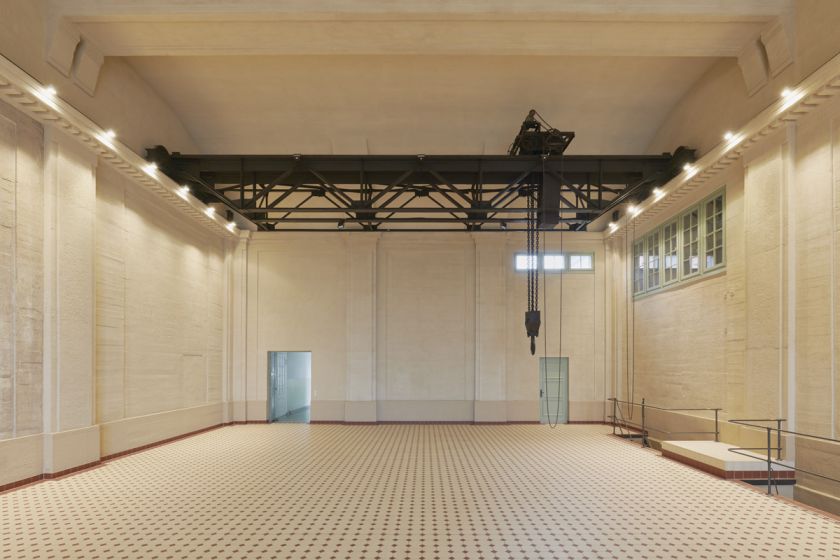 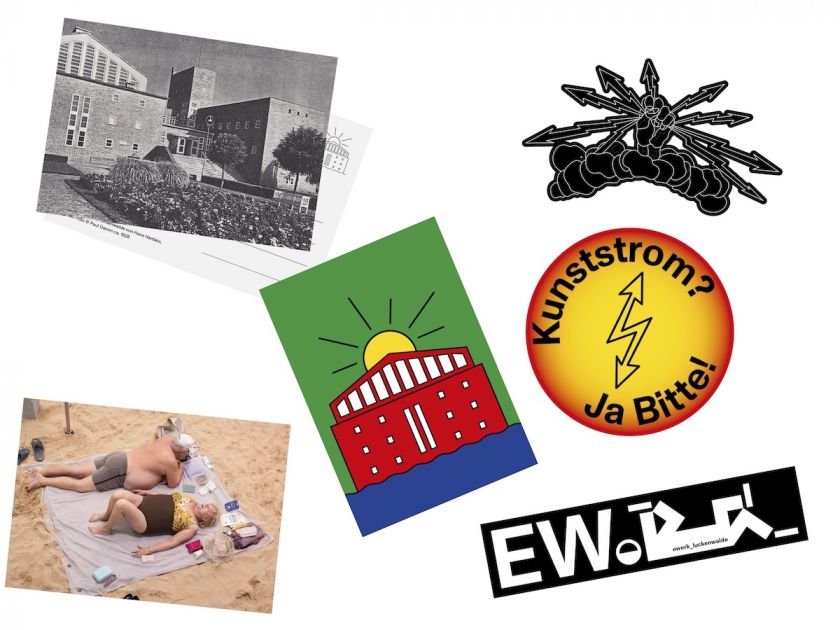 The Bring the Sun Pack. Courtesy of E-WERK and Studio Lorenz Klingebiel.jpg

Sun & Sea is very much aligned with E-WERK Luckenwalde’s eco values, taking place on an artificial beach “composed through light, architecture and music,” as organisers put it. The thrust of the narrative is driven by holidaymakers who share their stories and thoughts through songs, which are bolstered and brought together through the multiplicity of the voices speaking them. As such, broader themes soon emerge that demonstrate all-too-real issues around anthropogenic climate change.

In staging the play in Luckenwalde, it’s hoped that it will build greater awareness around climate change and create 60 jobs for artists, cast members and cultural workers. It will also allow audiences to participate in a globally celebrated piece of art in a post-pandemic world. 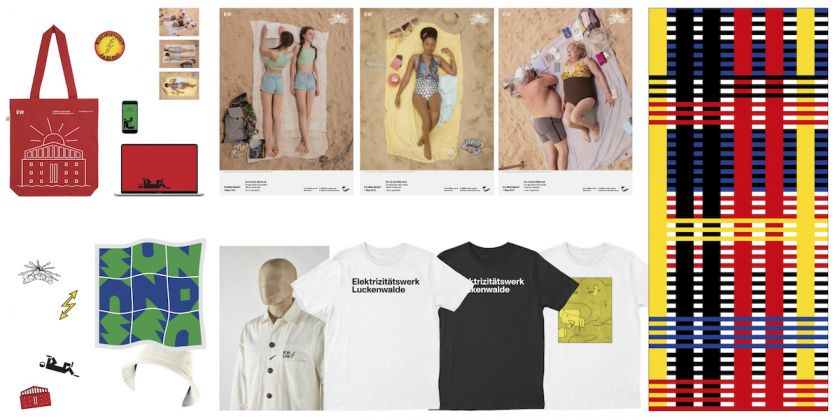 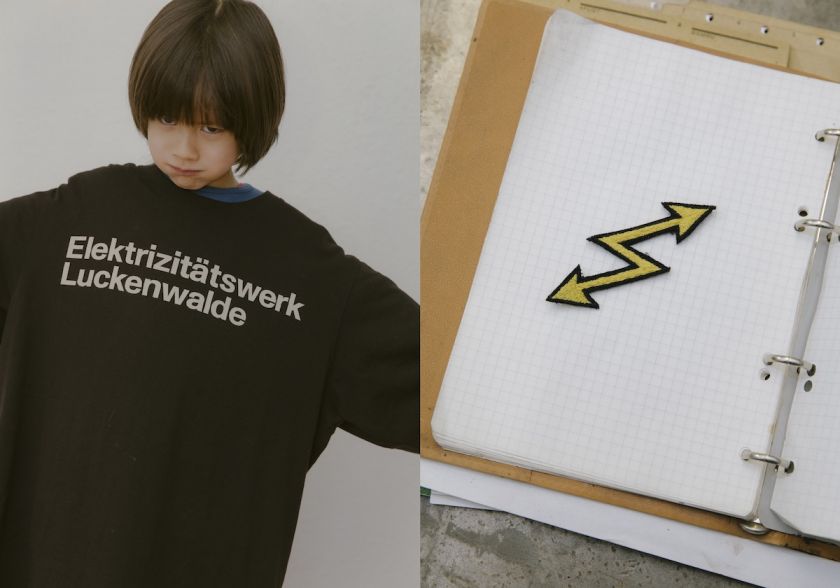 Among the perks for those who support the campaign are embroidered E-WERK patches, a Bauhaus-inspired beach towel created in collaboration with The Josef and Anni Albers Foundation, a bucket hat, slogan t-shirts and more. Much of the apparel was designed in collaboration with Universal Works, which created the Universal Works Bakers Jacket, which it describes as “a workwear classic” and one of the first garments the brand ever made.

“After a challenging year, in which we have been intensely confronted with our own mortality, it is important to continue to champion progress and remember that our greatest long-term threat to humanity still remains climate change,” says Helen Turner, artistic director and chief curator at E-WERK Luckenwalde. “Sun & Sea exists as a stark reminder of why we must continue to fight for change, to our industry and society as a whole.”

The campaign is fundraising until 4 April 2021. 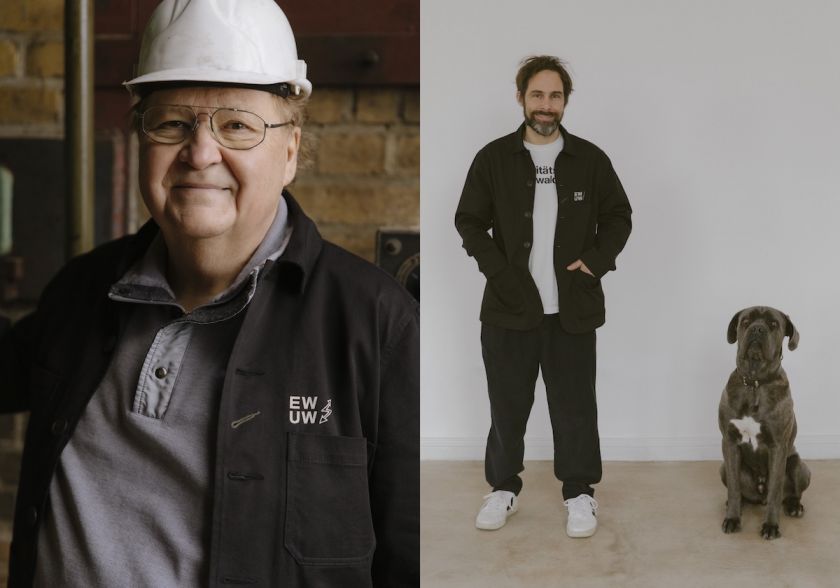 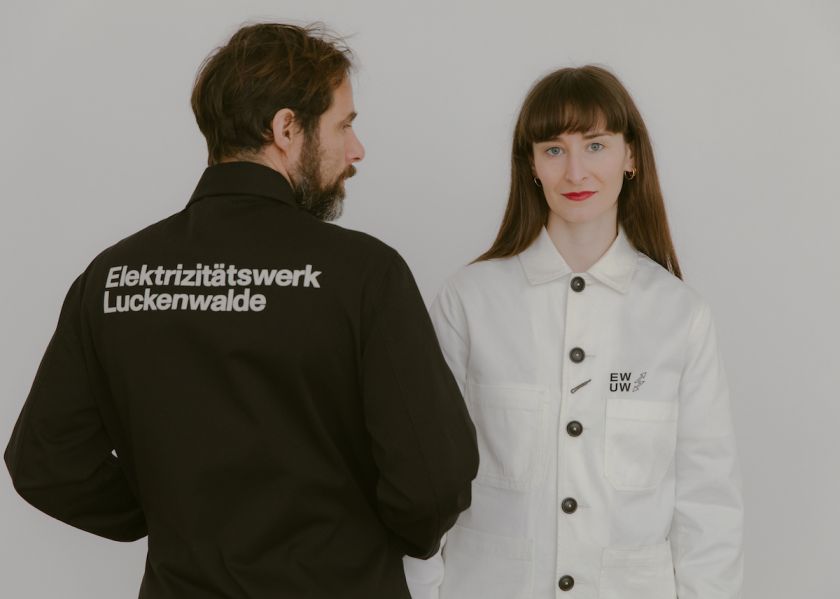 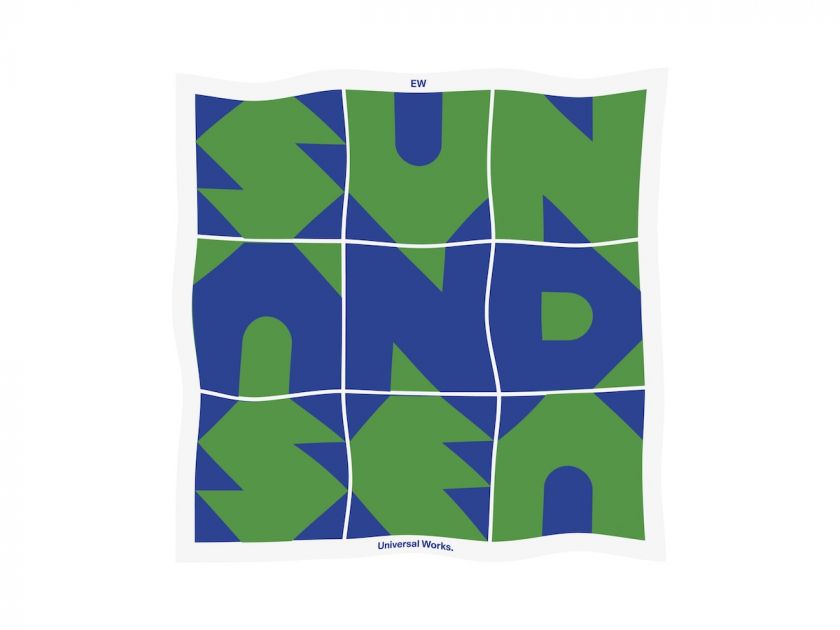 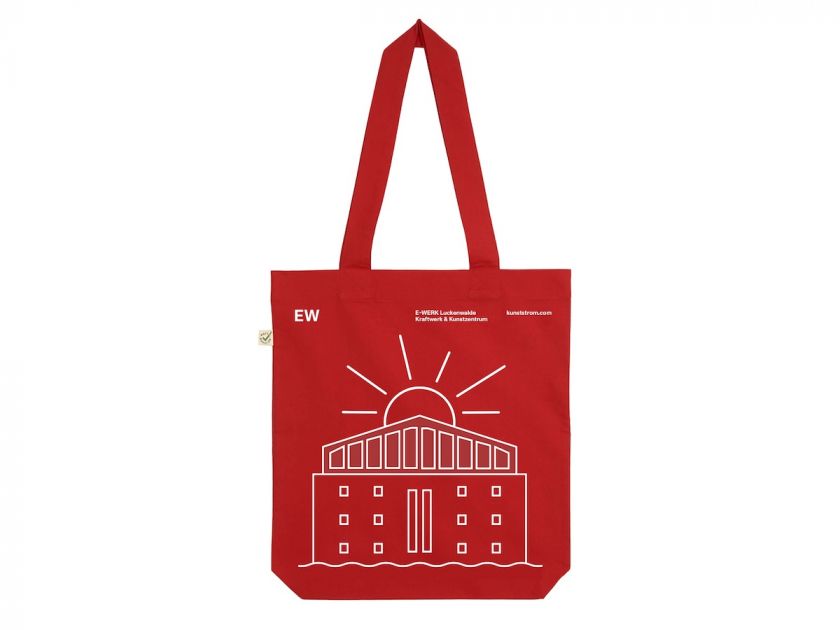 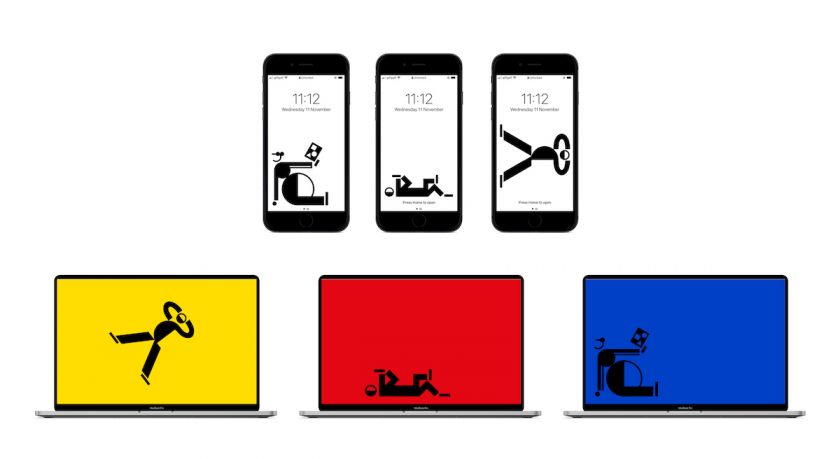 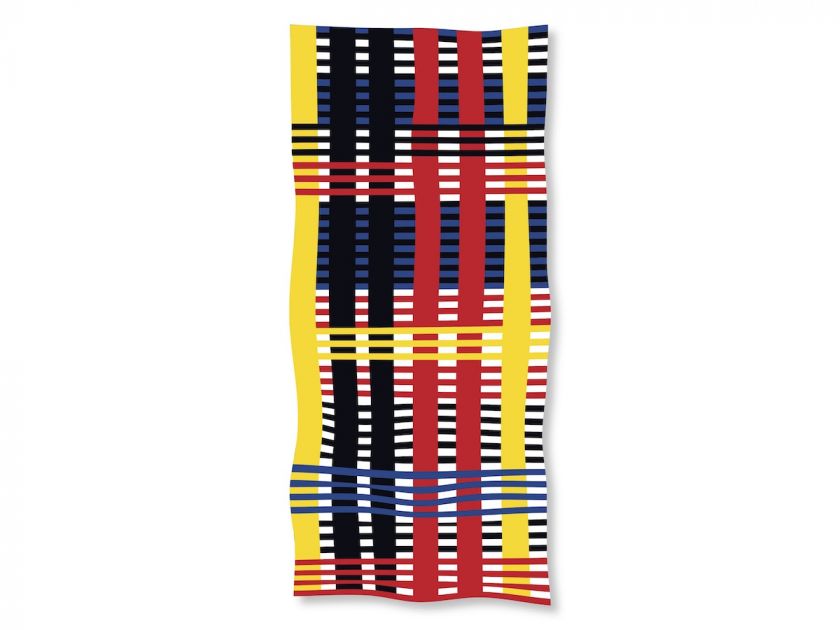 After Anni (Design for Wall Hanging, 1926) Beach Towel. Courtesy of E-WERK and Studio Lorenz Klingebiel. With permission from The Josef and Anni Albers Foundation 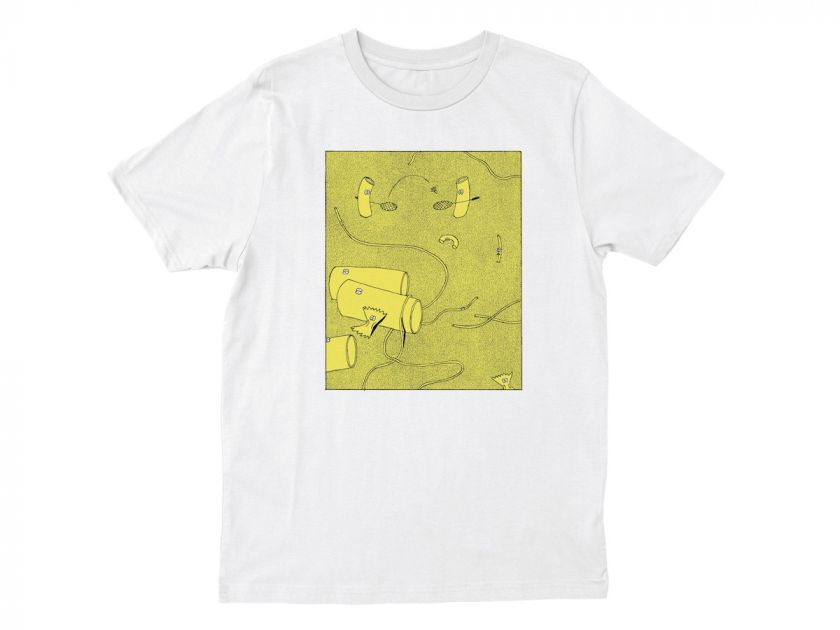