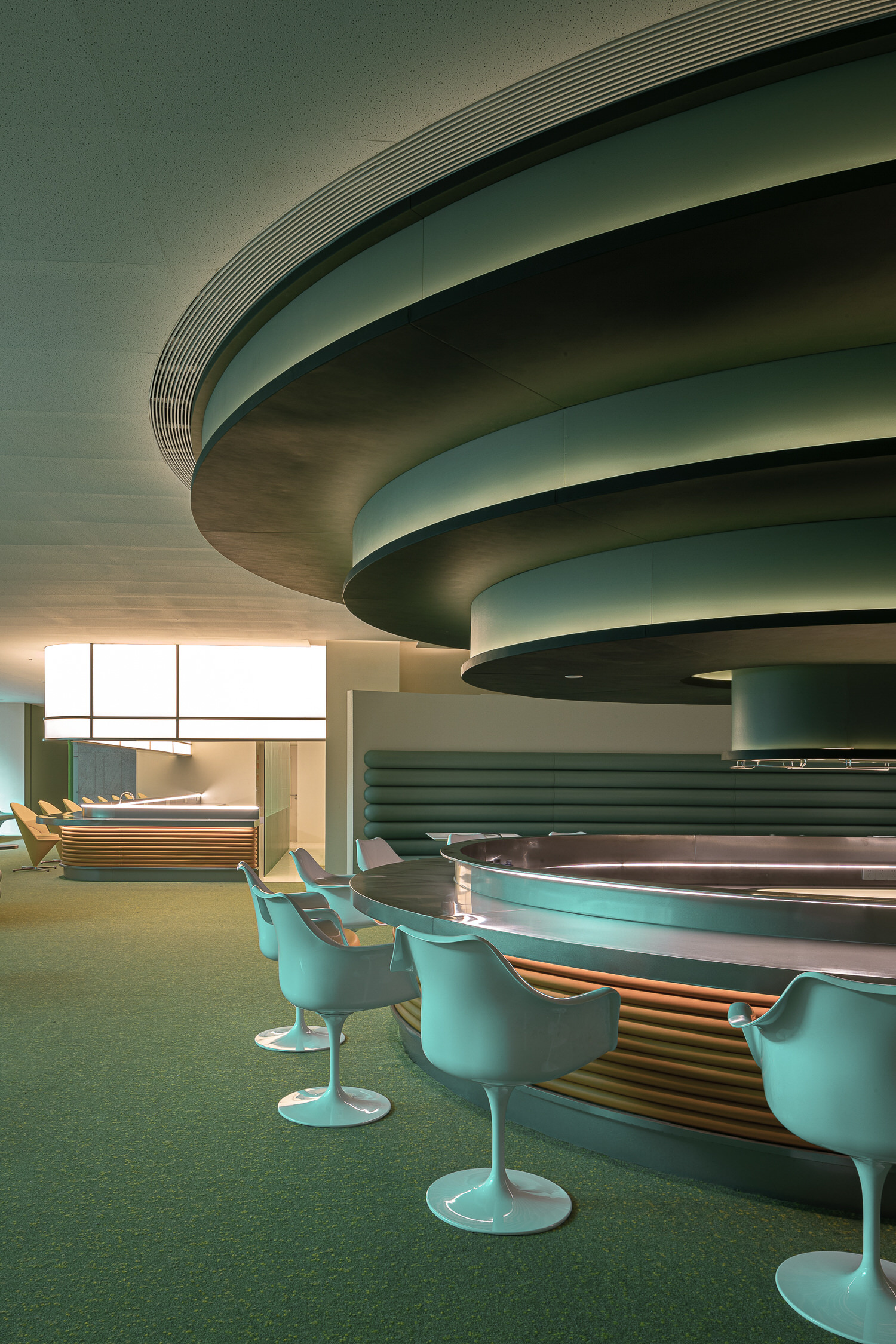 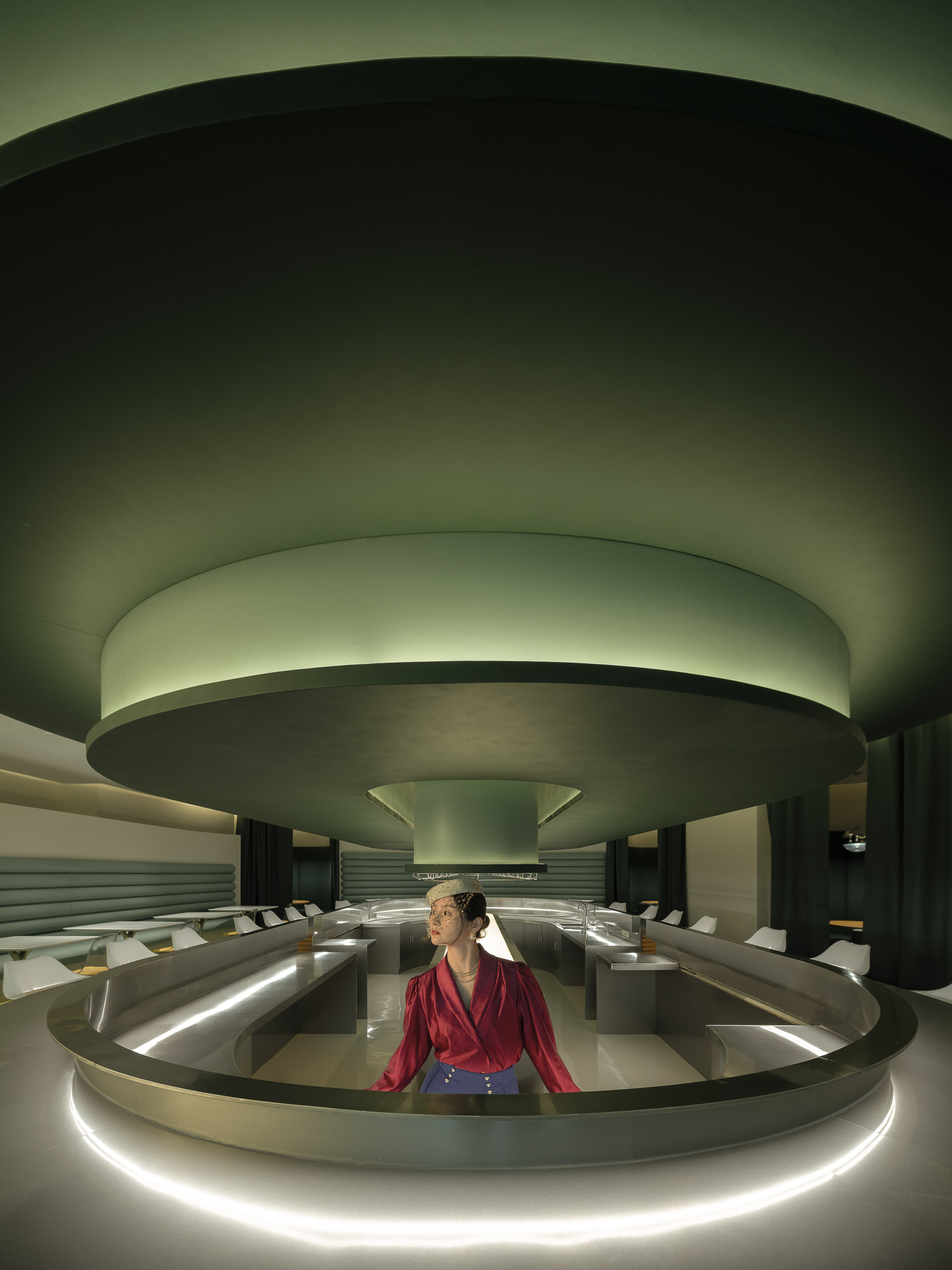 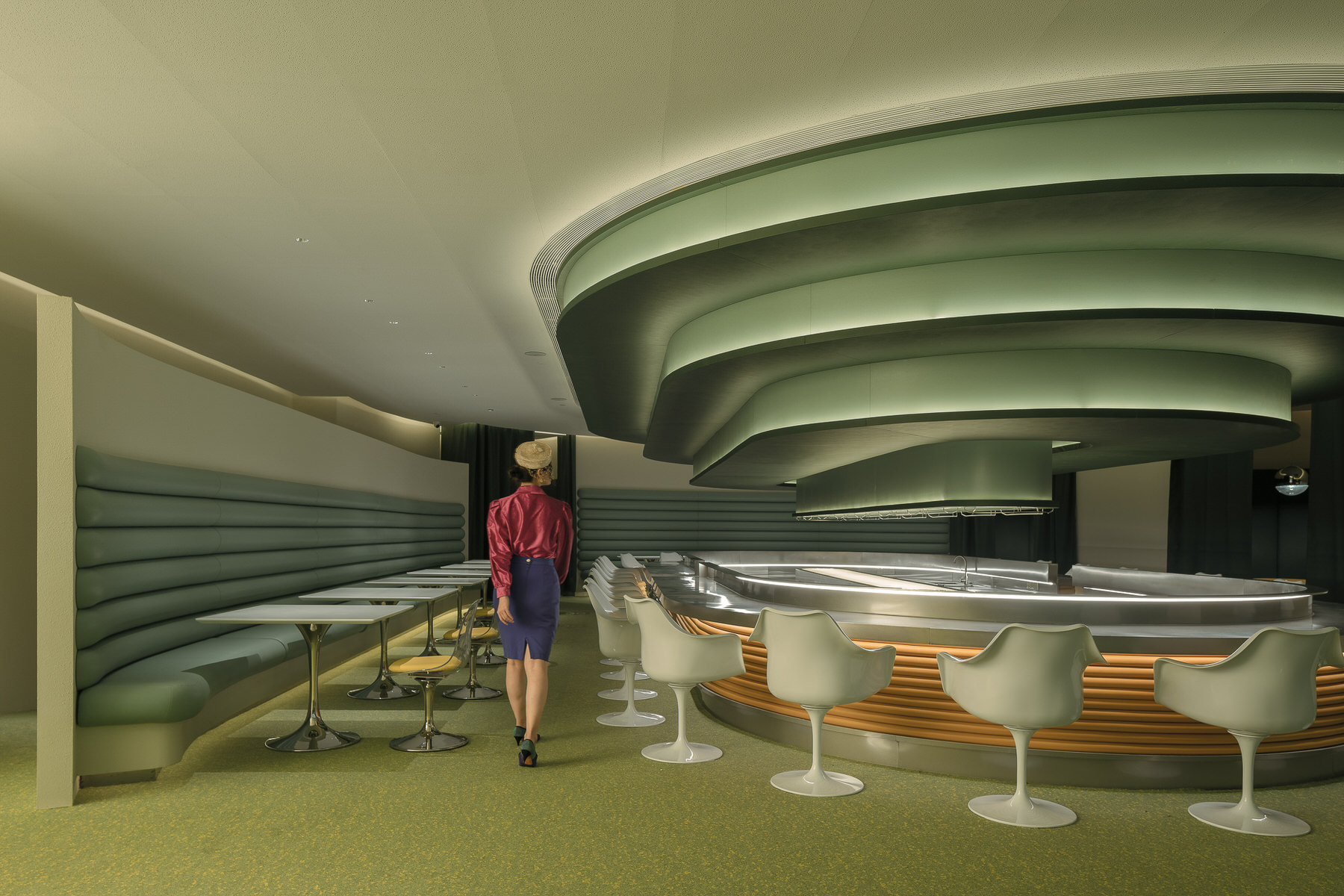 Qianyi Lin and Dongzi Yang, cofounders of young architecture and interior design practice s — launched in 2017 and based in — have an avant-garde creative approach based on innovation and new ways of breaking down barriers between the arts. Their new project perfectly embodies this philosophy.

Located within Zhangjiang High-Tech Park in Pudong, — known as China’s Silicon Valley — ATLATL Innovation Cluster is a research and development platform for life sciences. Its name means “spear thrower” in the indigenous language Nahuatl, and refers to a technique invented by ancient hunters to throw farther and faster. In this place built for human innovation, Various Associates took care in transforming a 520-square-metre interior into a coffee and food venue for the researchers who work here. The design drew inspiration from the activities that take place in this high-tech park, resulting in a futuristic atmosphere. 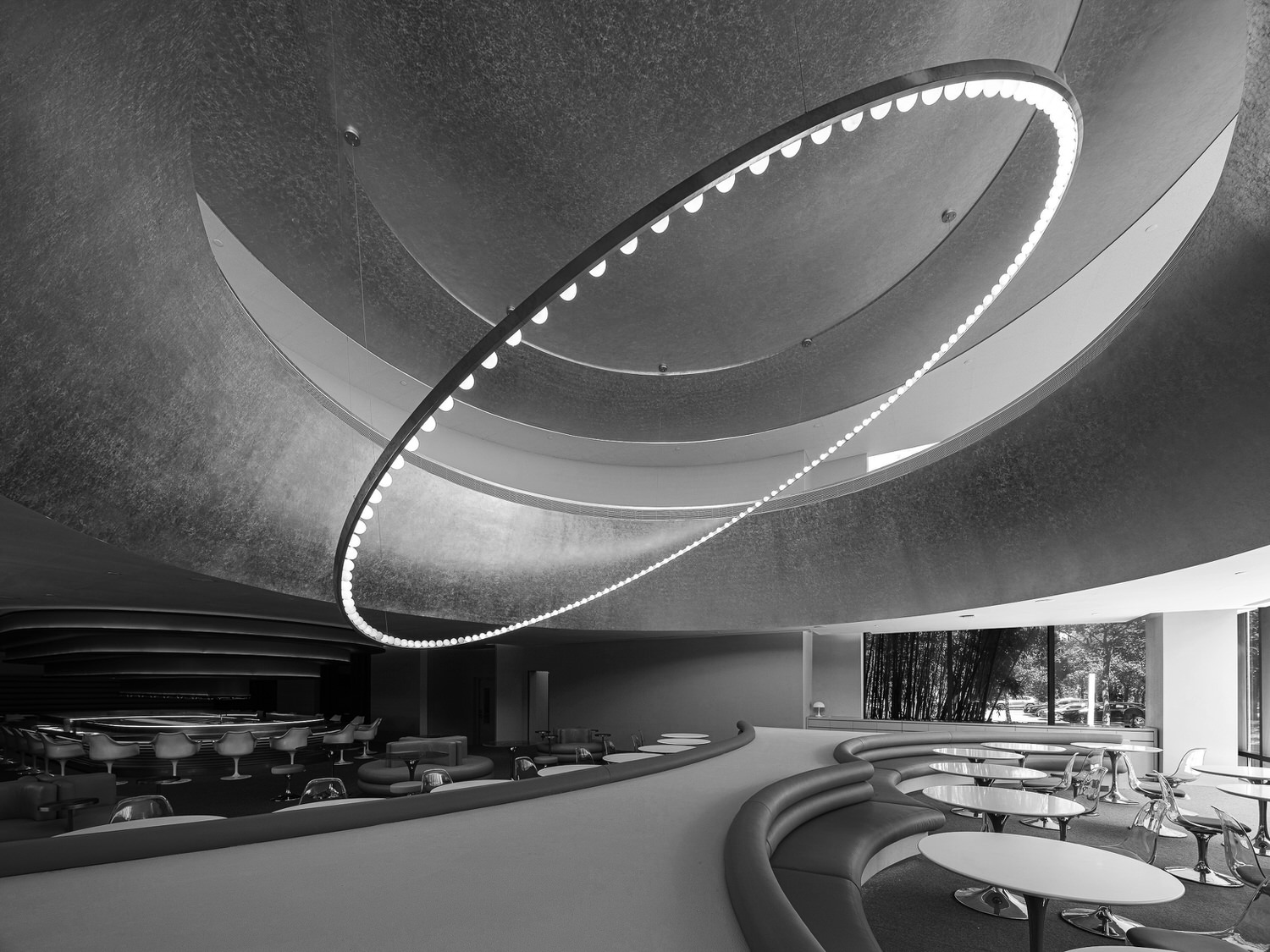 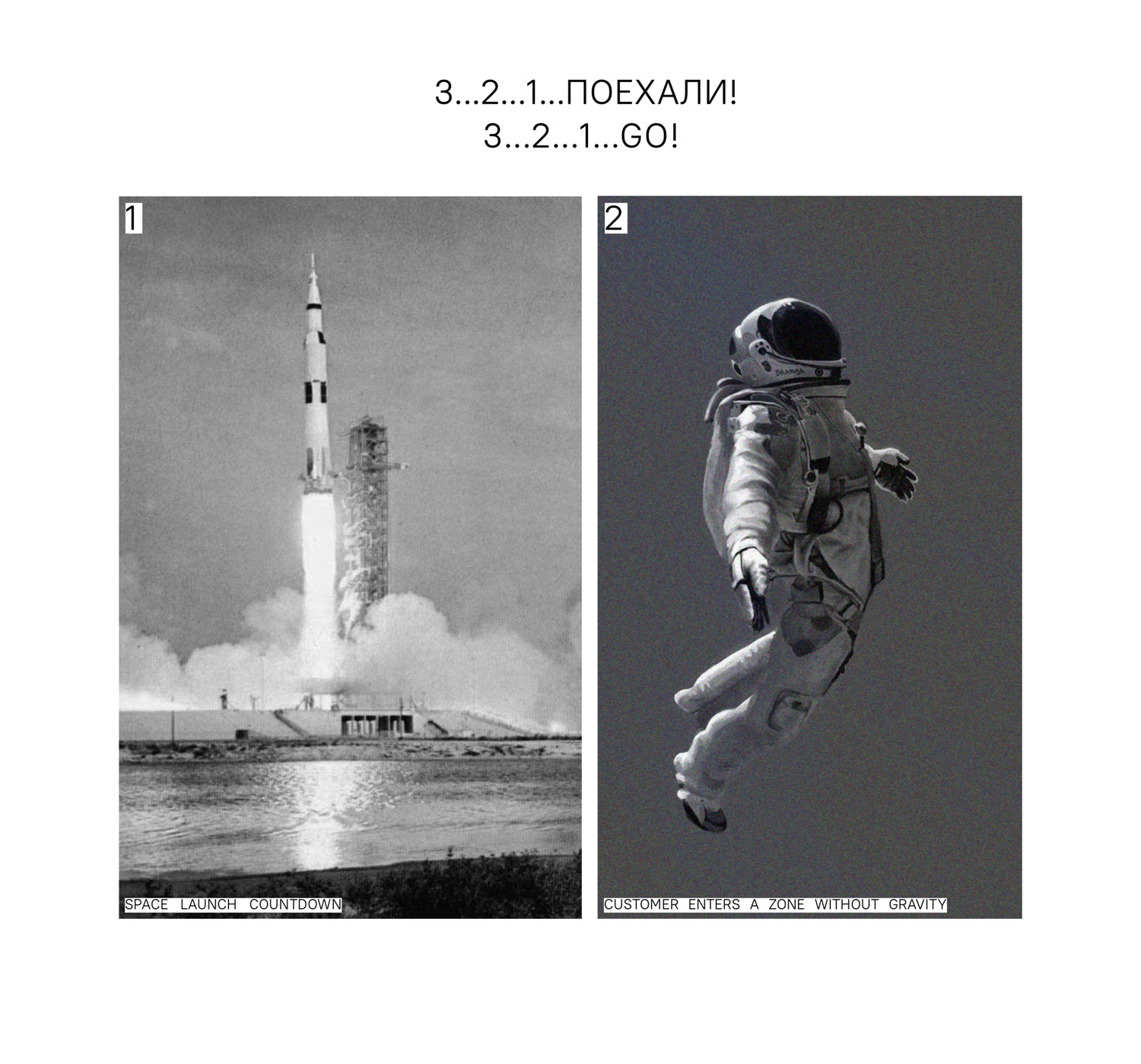 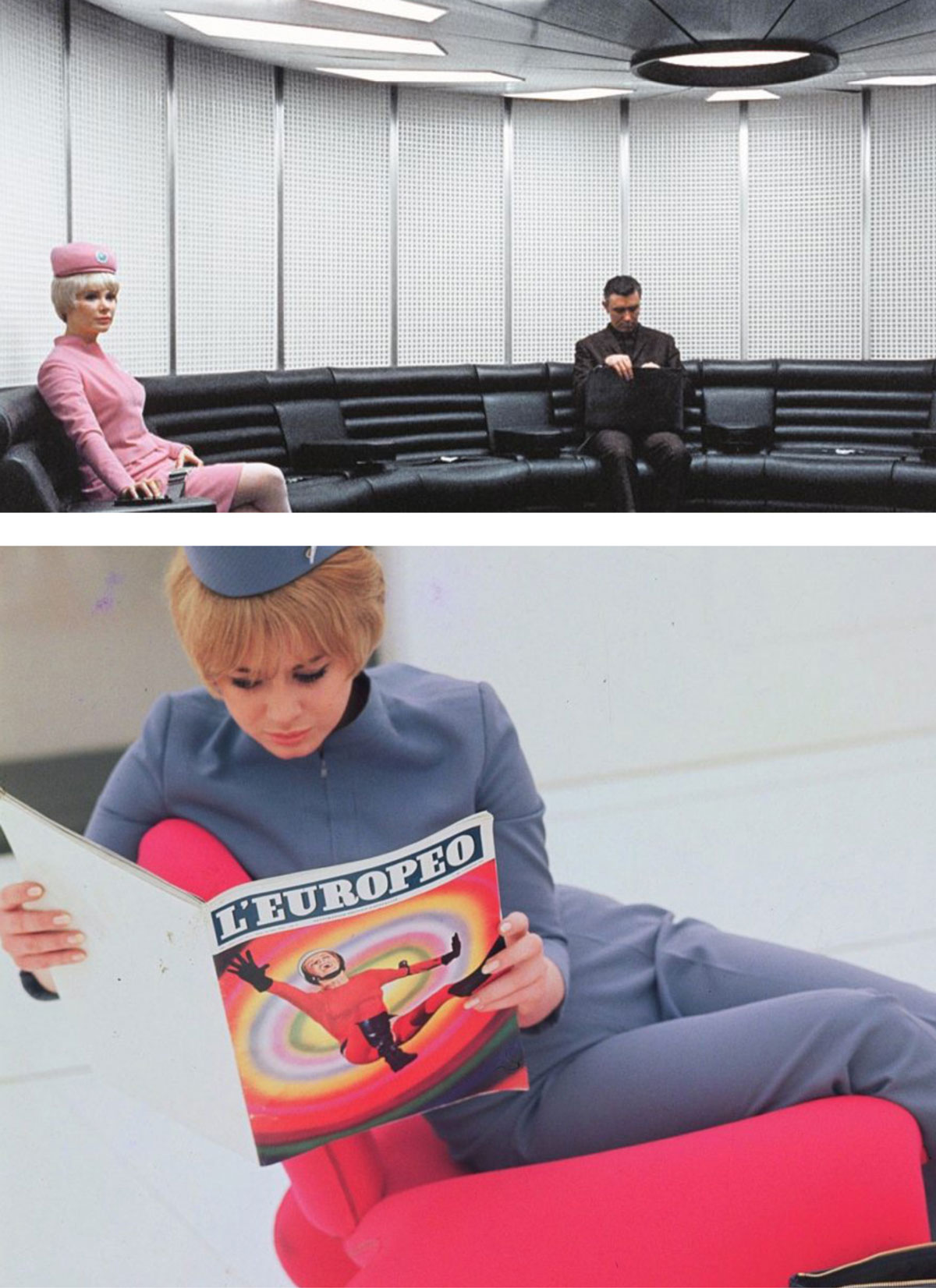 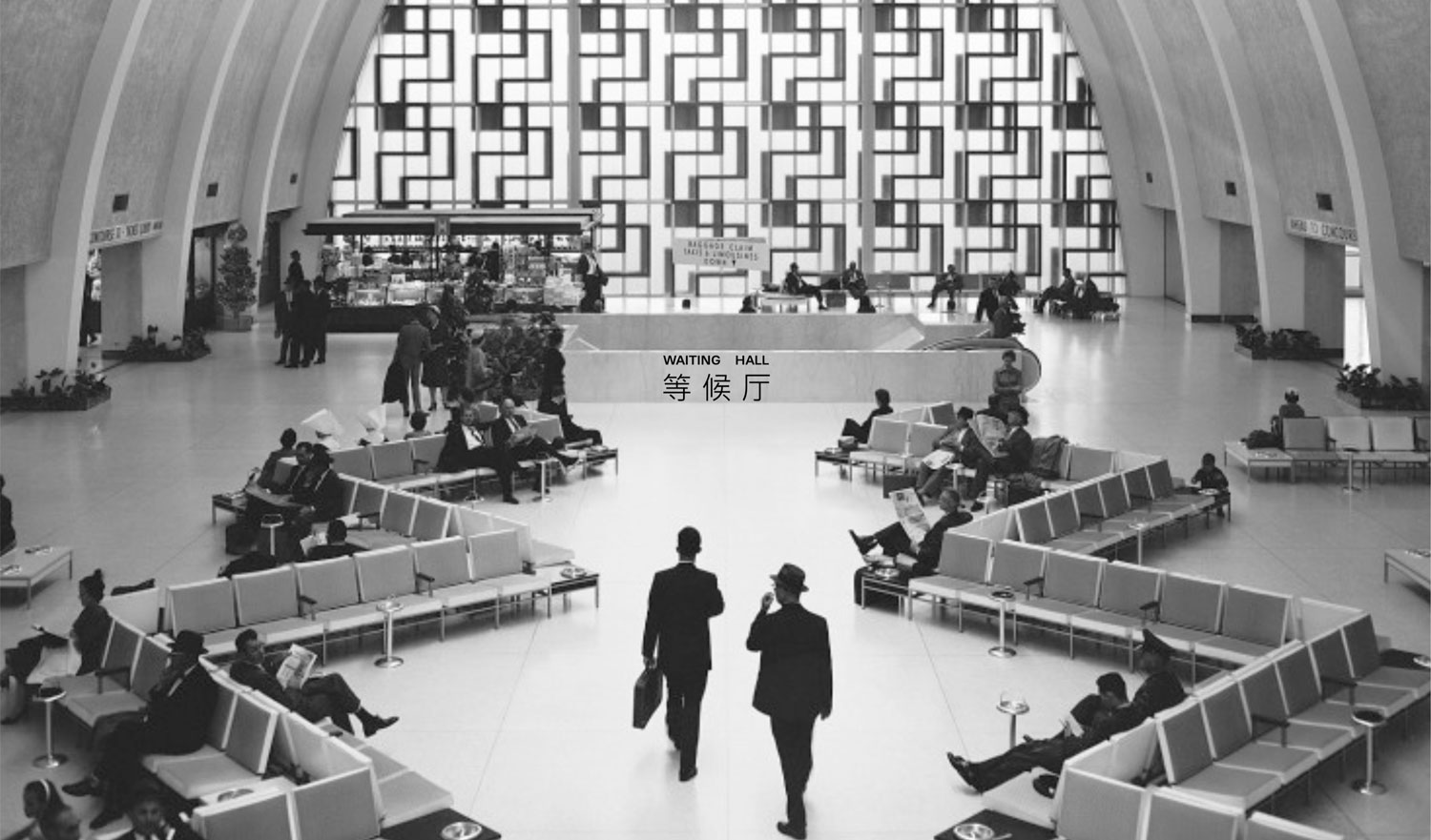 “The definition of the notion [of] time is … key [to] the project: What is future? What is past?” says the duo behind Various Associates. “There are different understandings [of] ‘futuristic’ at different times. In the modern era, mankind’s imagination of the future has always been connected to mega images, such as the universe, celestial bodies, and the trace of time. Currently, our cognition has been unable to catch up with the rapid transformation and changes in this VUCA world. VUCA is an acronym that stands for volatility, uncertainty, complexity and ambiguity.”

The designers used circles, curves and domed ceiling to echo the orbits of the planets and create a retro-futuristic ambience in this project where the storyline is “Waiting Hall”. 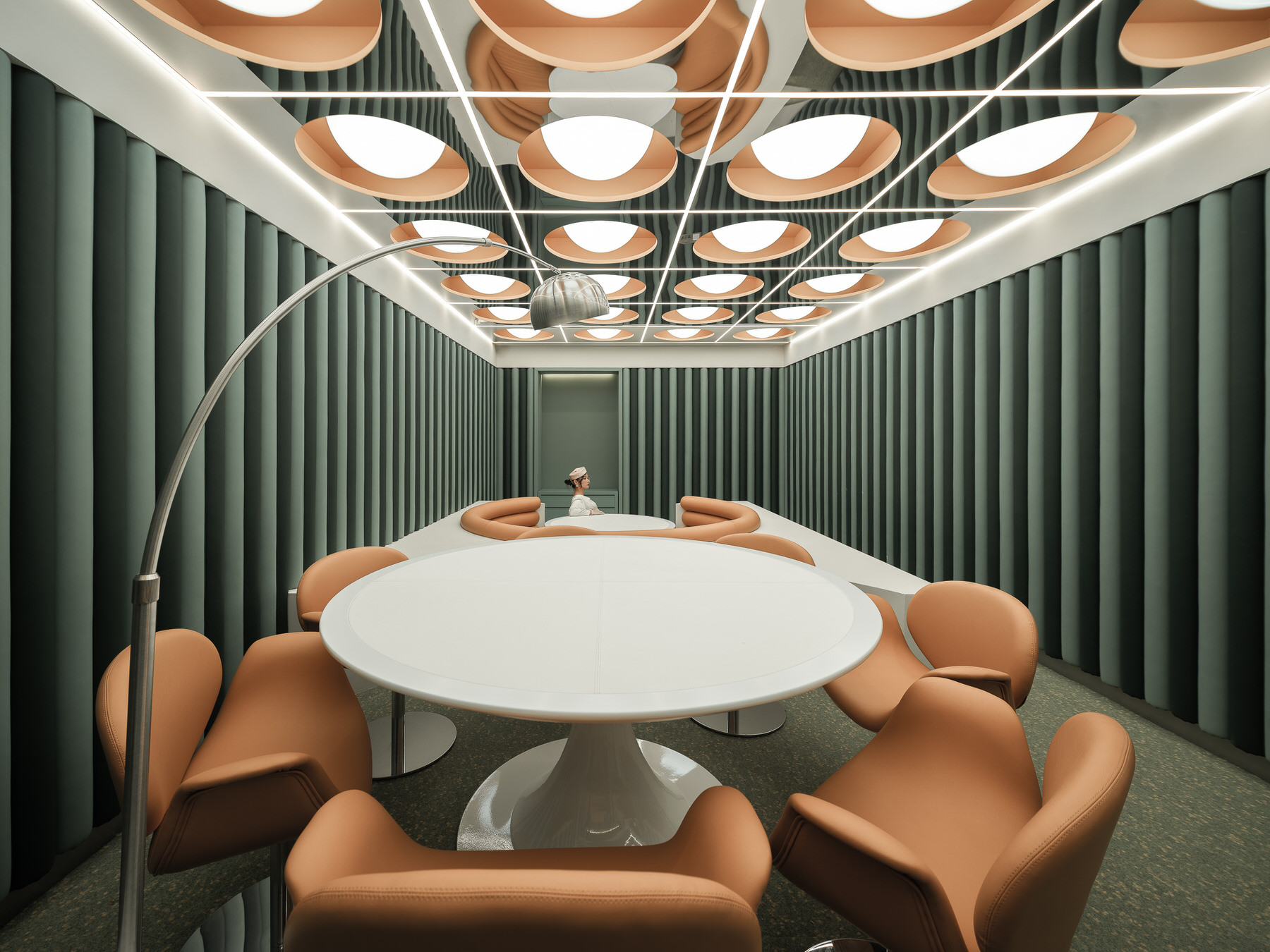 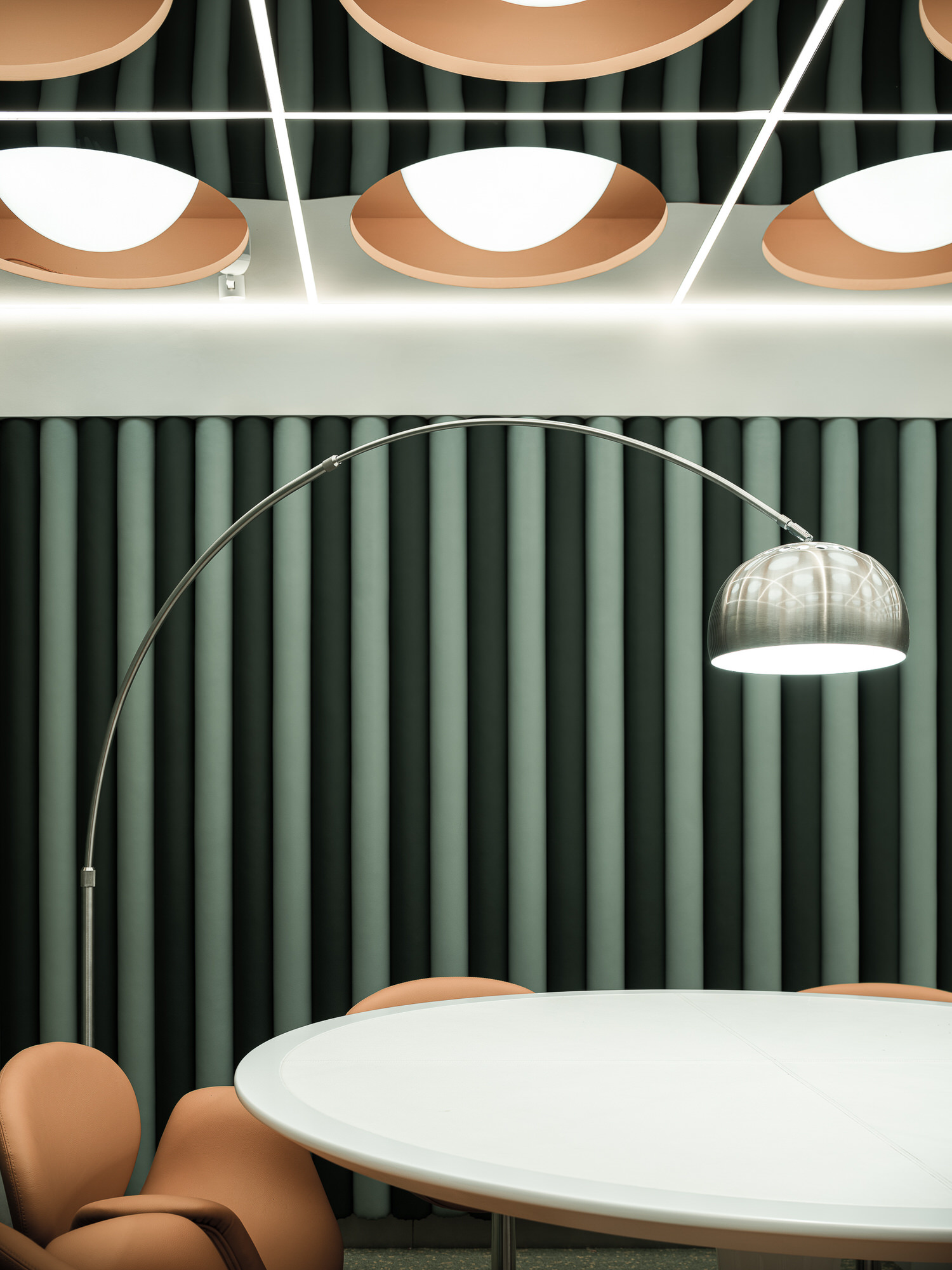 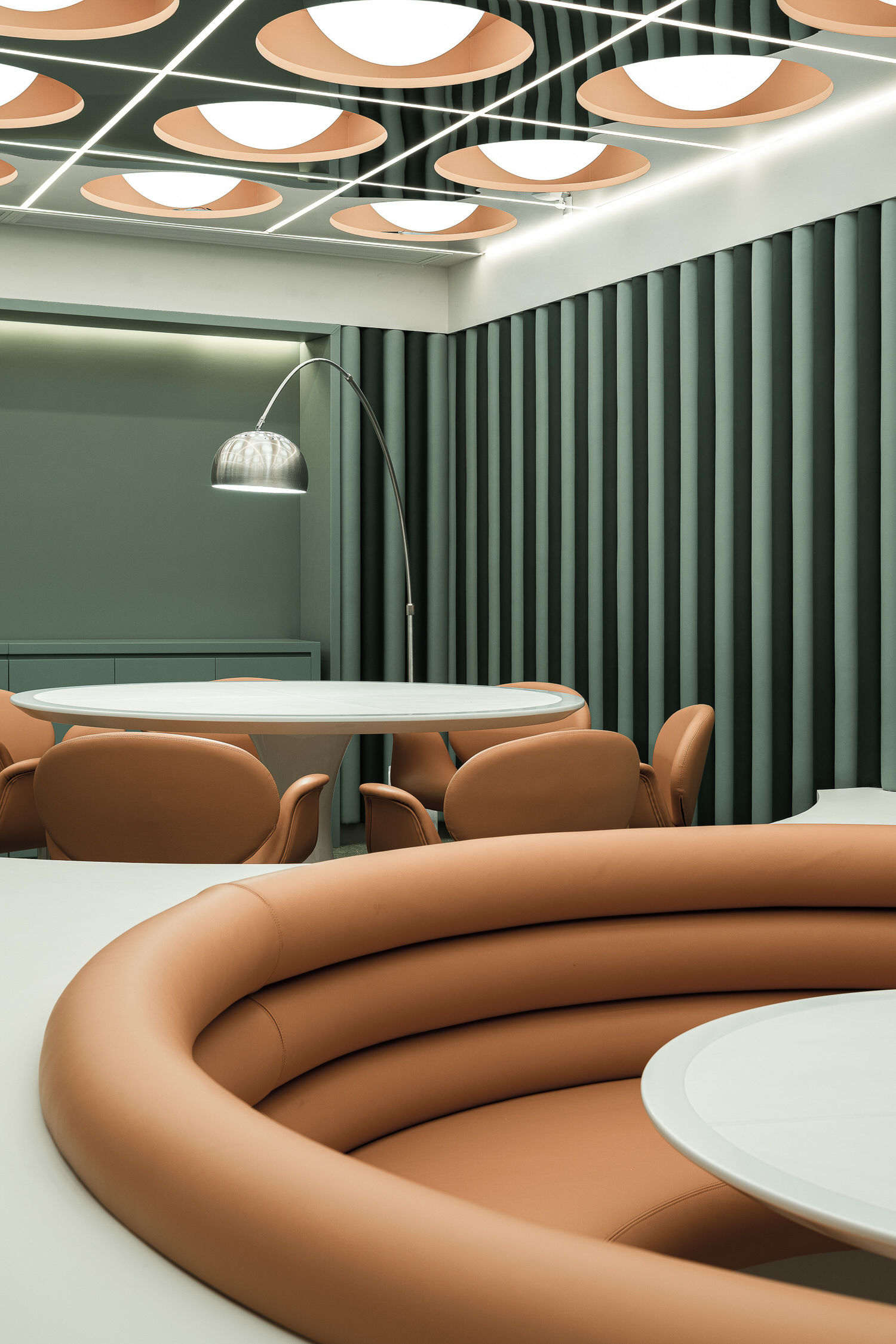 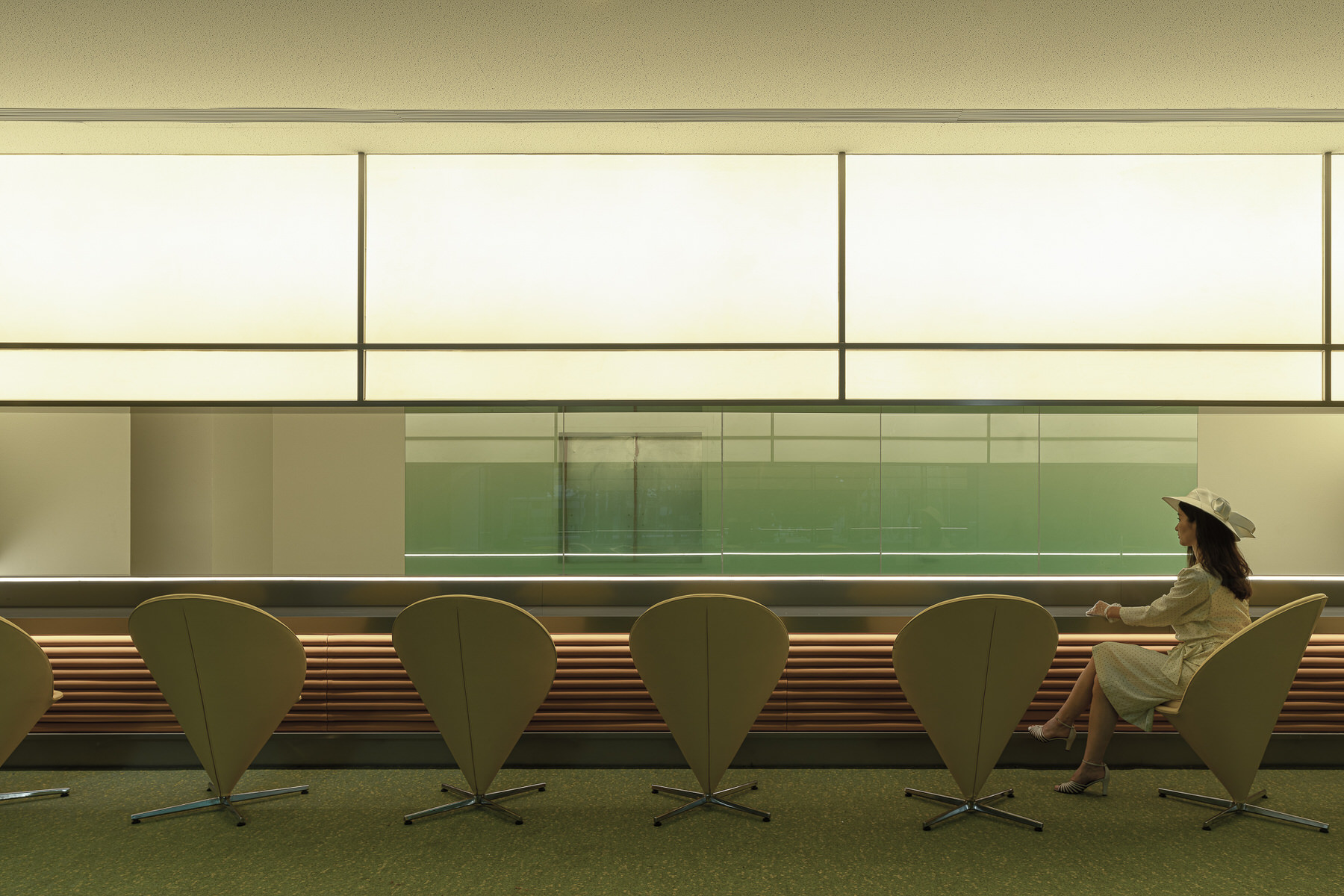 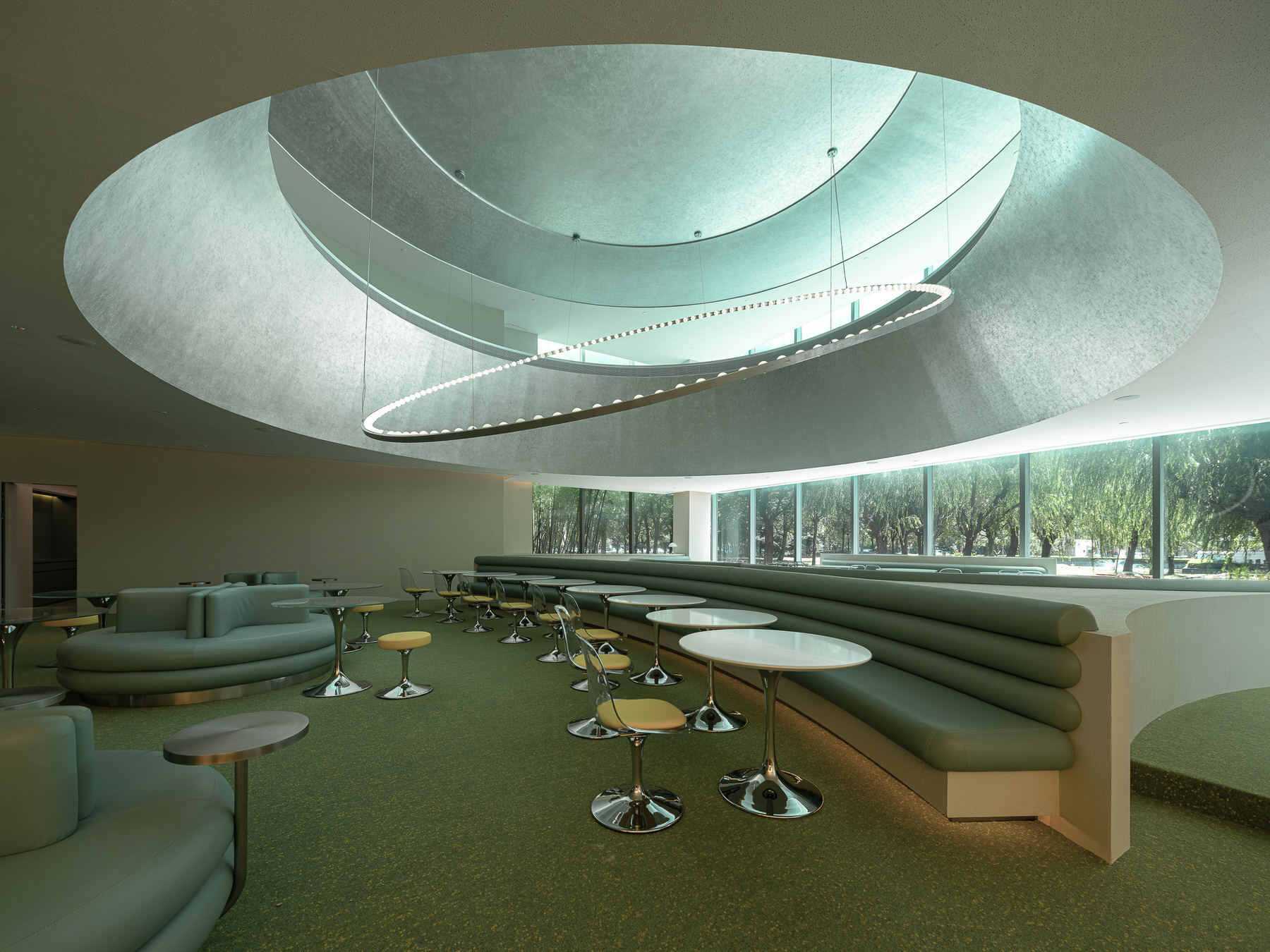 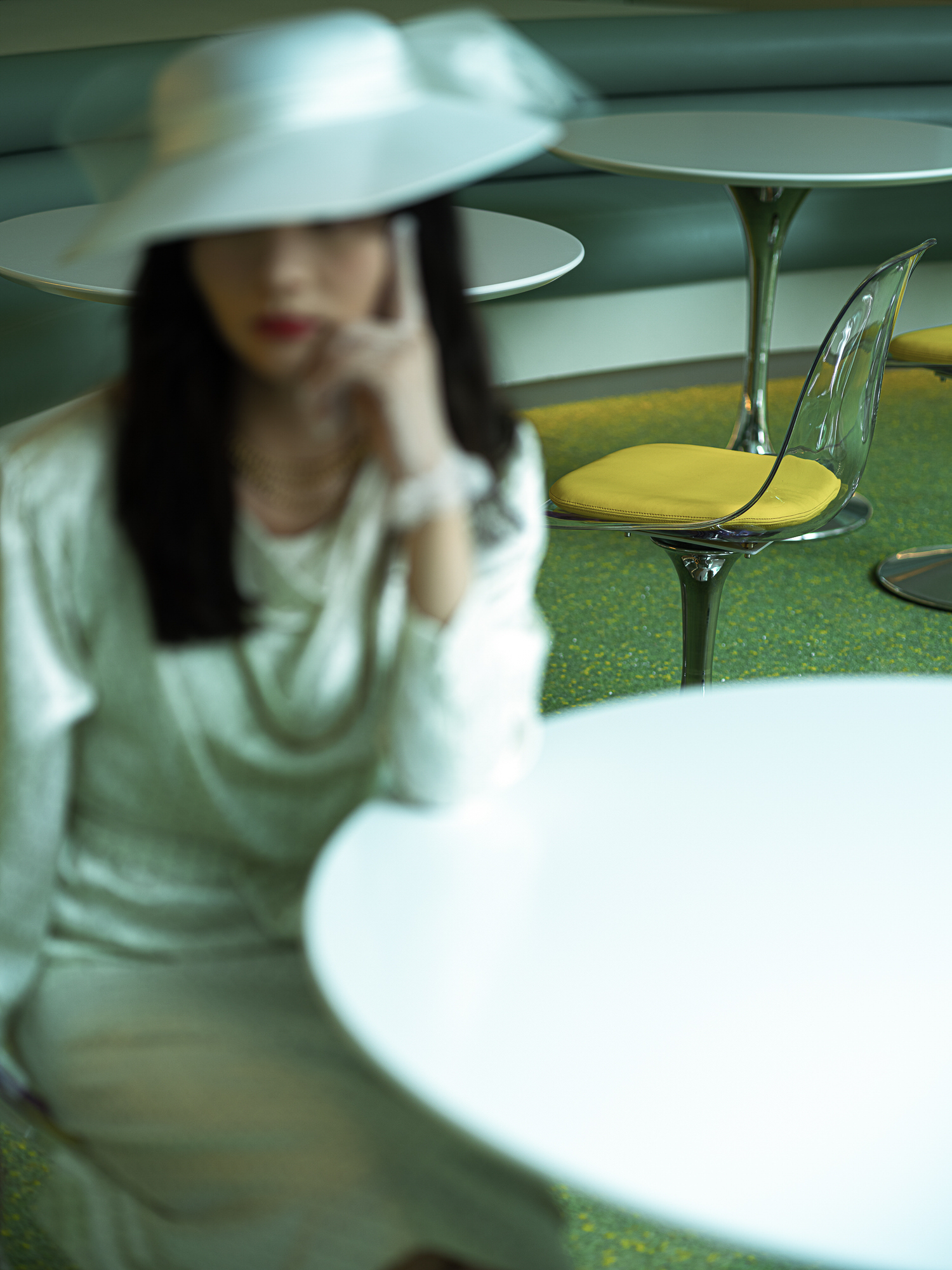 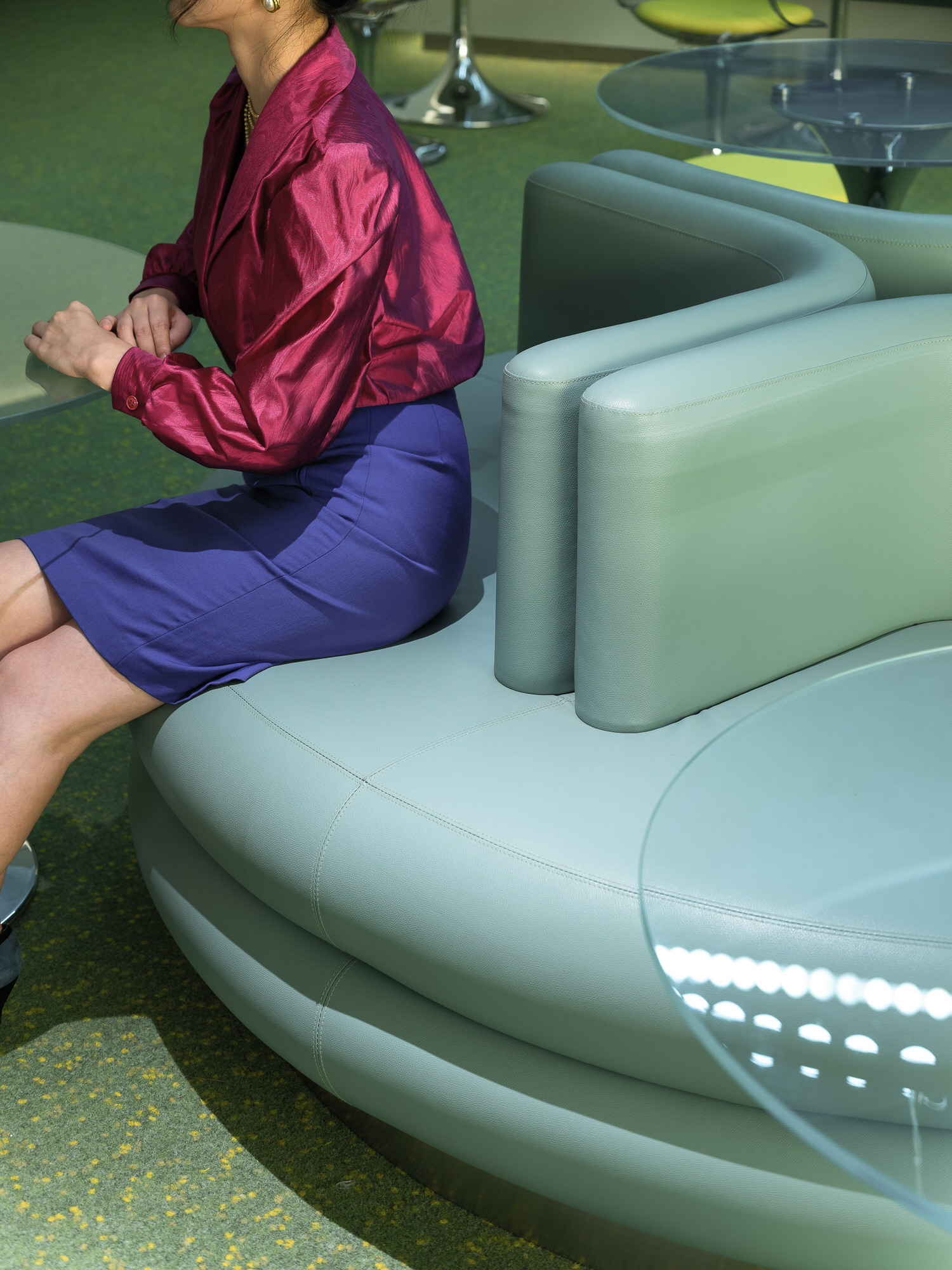 “In everyday life, we wait for sunrise, sunset and routine activities such as work, dining and gathering, while waiting for the future as well”, Lin and Yang note. The colour palette is made of a mix between green and grey with different shades. Resin, glass panels and mirror-polished steel are some of the materials that were used in this spatial atmosphere that evokes the universe, and features geometric compositions and ergonomic forms throughout. In the atrium, a suspended ring from the ceiling runs through the lower and upper areas, which comprise a bar, a restaurant and several semi-open and private areas with a total capacity of 200 people.

“Comparing with [the] present, [the] future will never come, so it only exists in our imagination”, the designers say. “However, classics which have stood the test of time imply a certain predictable trajectory of the future. The space is like a ‘time door’, which leads to the future whilst in fact bringing people back to the ‘relative past’. Converting spatial experiment into something that’s everlasting and thought-provoking is what we have been trying to do.”