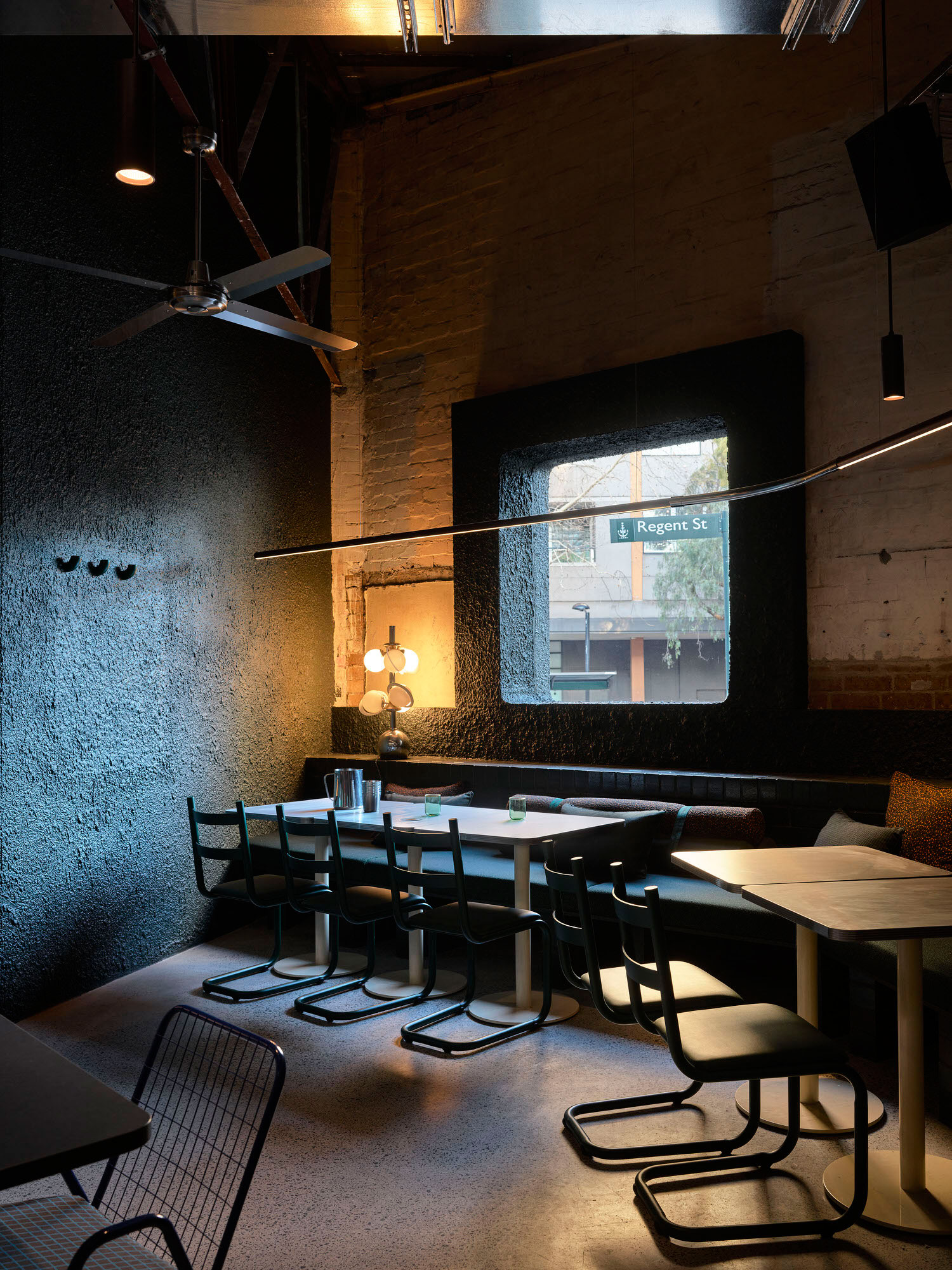 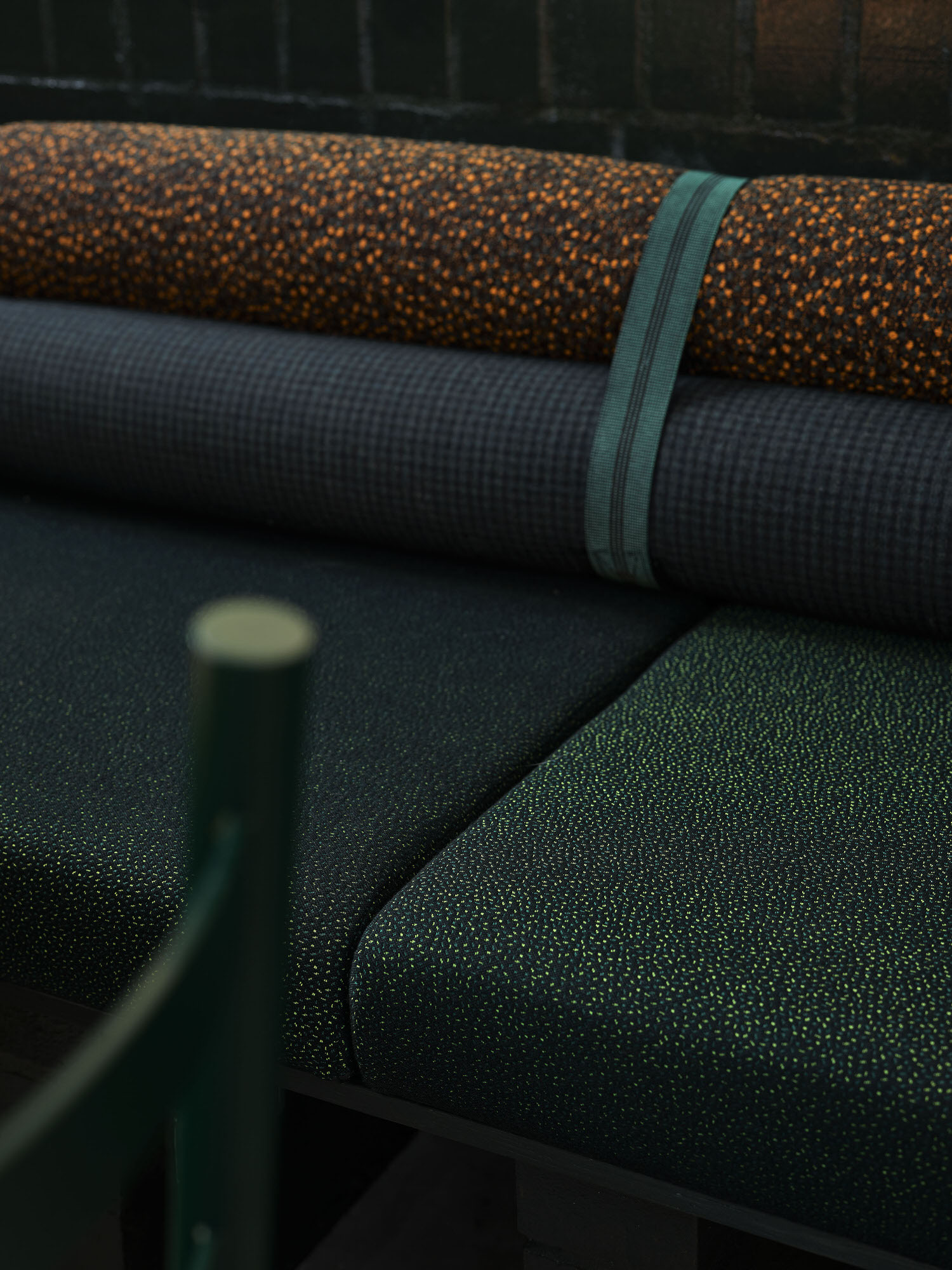 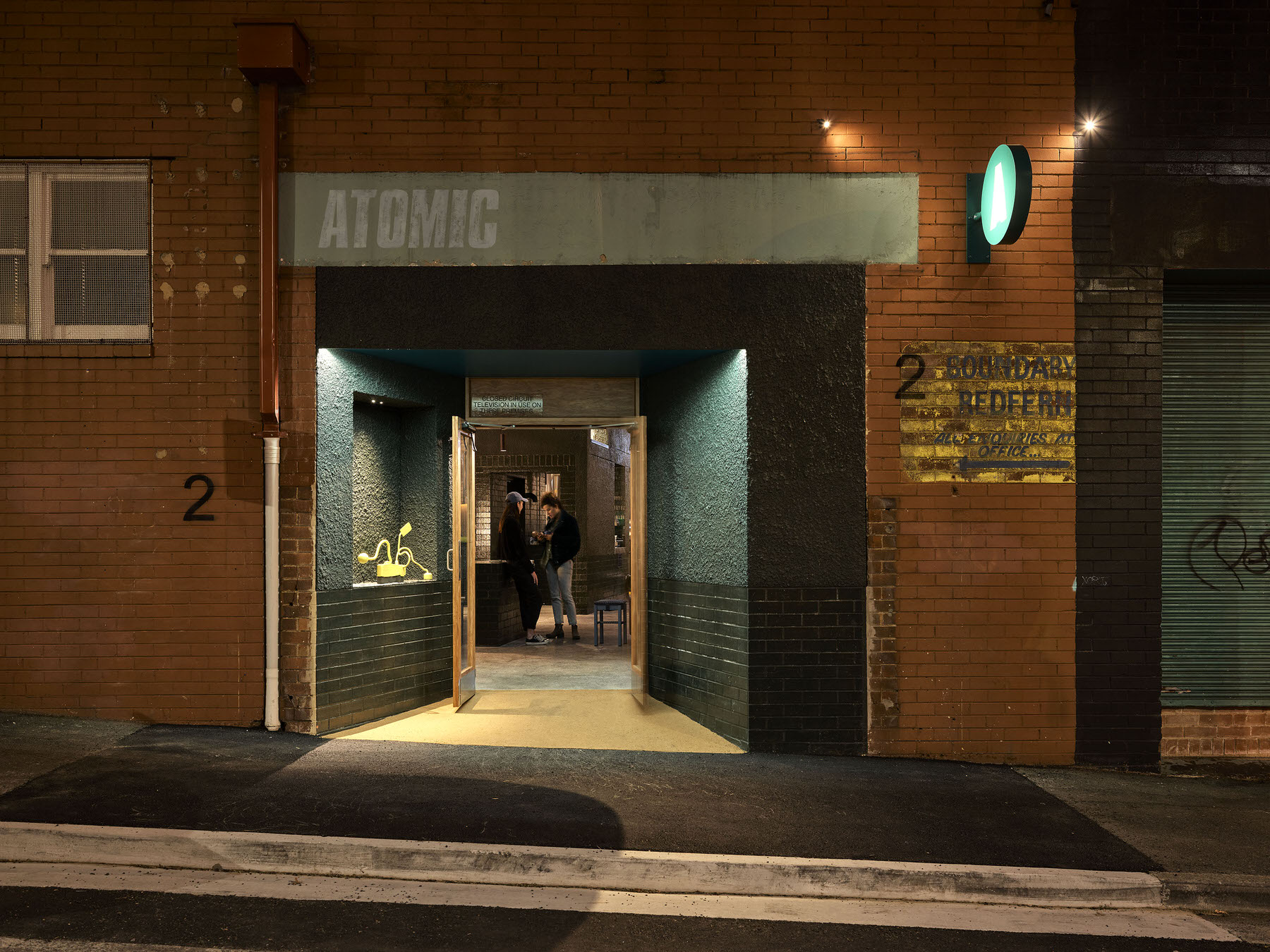 has transformed an abandoned brick warehouse in Redfern into Gage Roads’ microbrewery and restaurant, dubbed . The studio explains that existing grunge elements have been retained and “spliced with acidic colours, slick plastics, and gleaming metals”. They describe the final result as a “multi-level space with a heady dose of CBGB’s anarchy spritzed with futuristic Pan-Asian flair”.

Walking past the site at 2 Boundary Street, one could almost miss the labyrinth of colour and energy that awaits inside. The existing red brick façade, still with scars from Redfern’s notorious past, stands inconspicuous in the quiet laneway. Only when the lights are on and the doors are flung open are passers-by made aware of two diagonally sloped walls that softly usher them within. 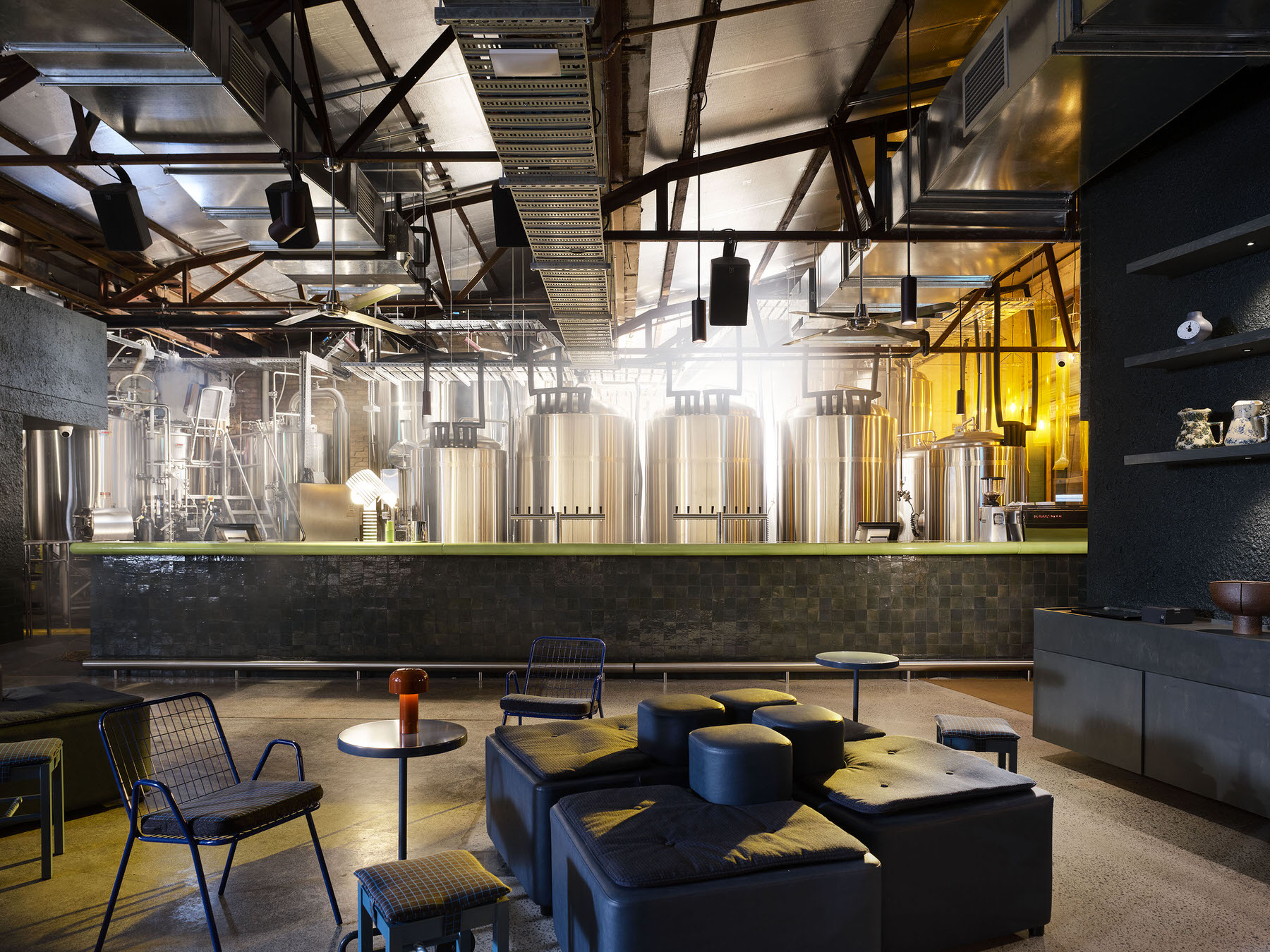 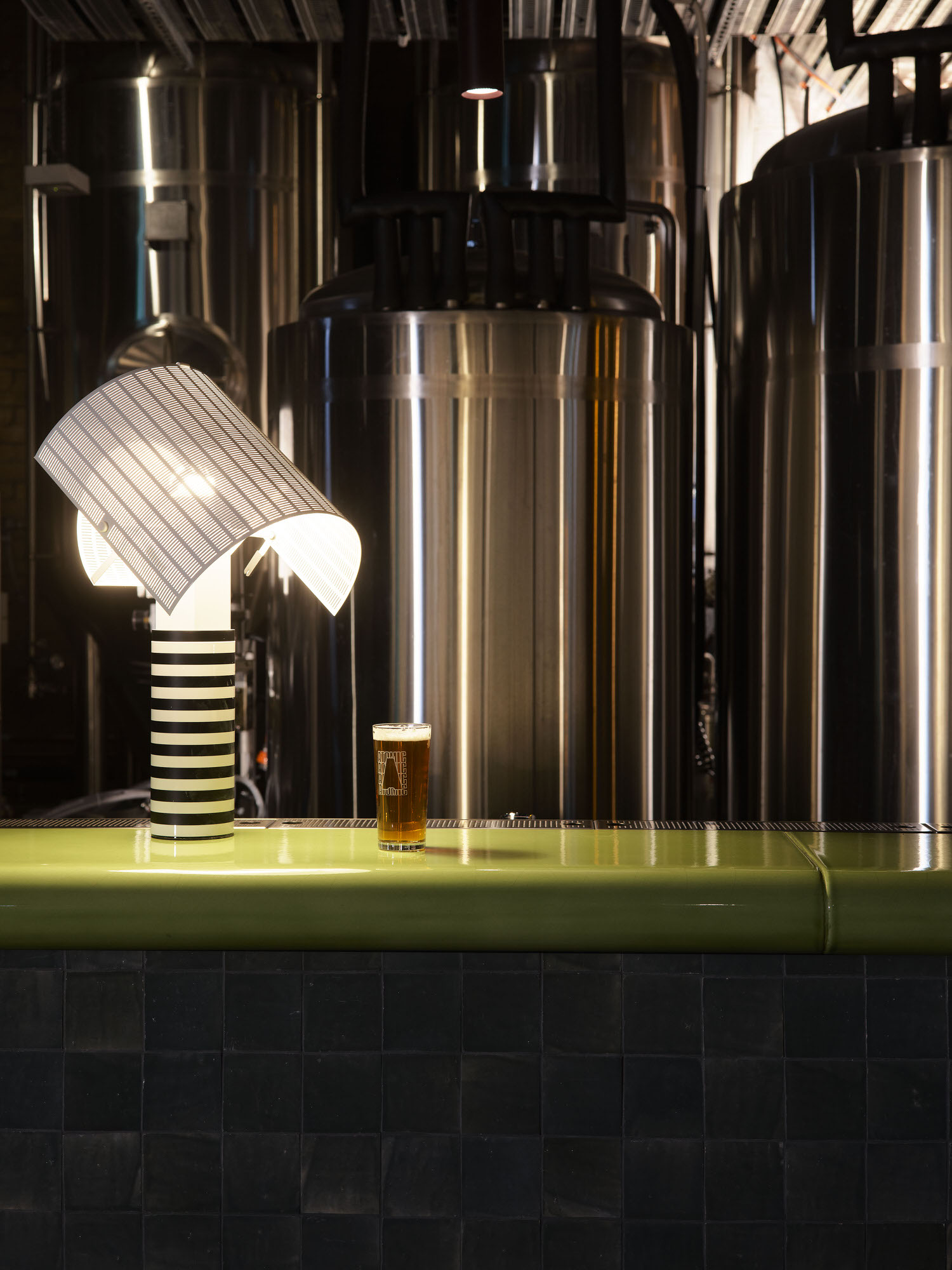 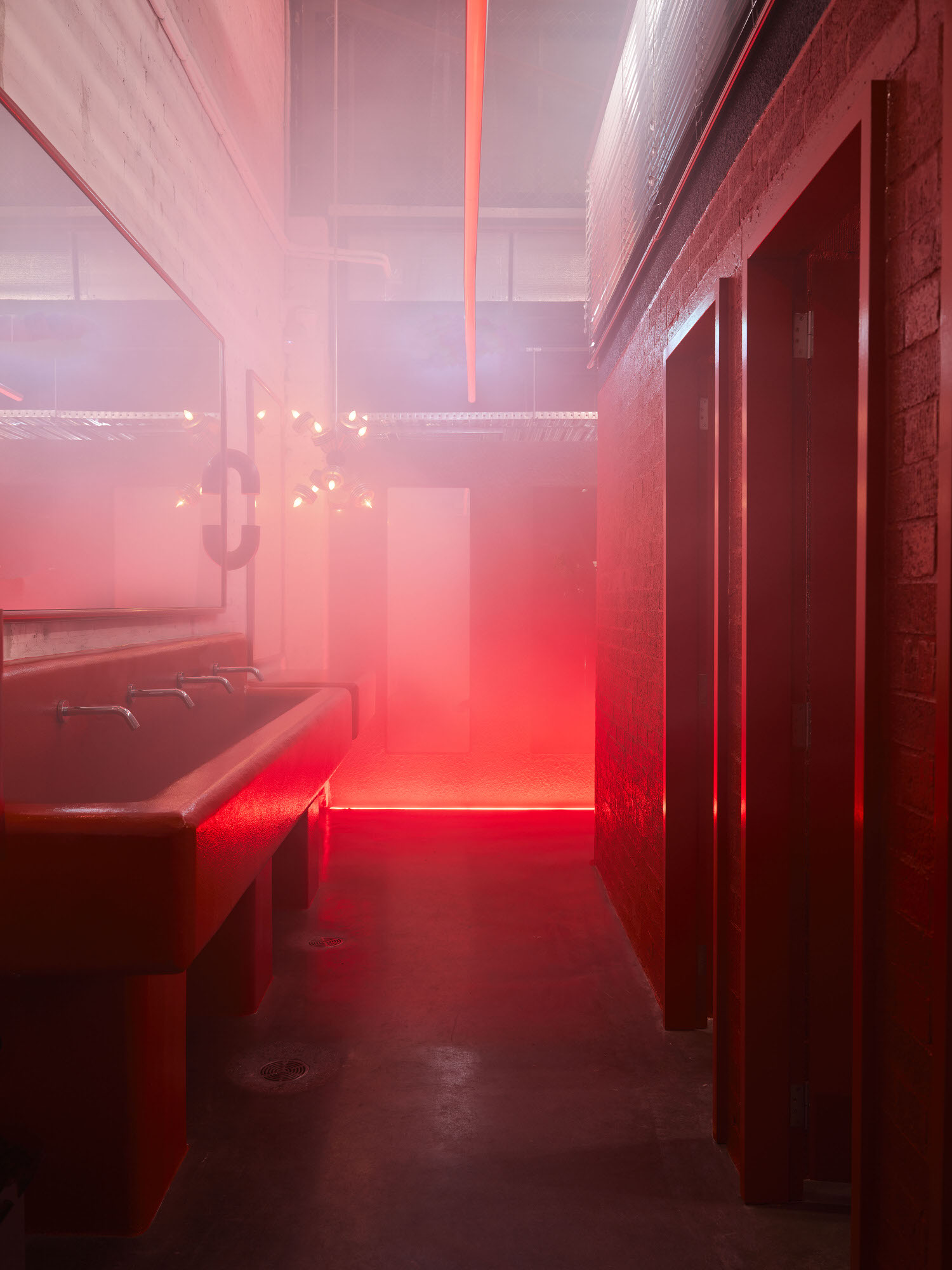 Once inside, guests are greeted with a moody series of spaces that bring the brewery process directly into the dining experience. The shell of the building was deliberately left untouched, revealing exposed brickwork, layered paint, and random sprays of graffiti.

YSG studio describes monochrome as a gluing agent in the space, explaining – “Nubby textured window borders and assorted newly built internal walls were dipped in a rich ganache of obsidian paint to unify the lower level bar space like a dense slick of oil. It transitions to a polished epoxy paint sheen (akin to a beer bottle) to cover the stacked brickwork defining the banquettes in both the bar and upper dining area plus the datum lines of walls.” Deep, dark tones come to define the atmosphere of the project, capturing the battered grit of a suburb once known for its underbelly activities.

Colour and surfaces are layered to create a highly tactical space – the shimmering form of a tiled wall sits alongside a gritty epoxy floor and metal furnishings. Pops of vivid colour almost glow in the sea of darkness. Strips of canary yellow plastic hang suspended from the ceiling; their translucent bodies radiant under incandescent bulbs. Stepping into the unisex bathroom can be likened to stepping into another world – one that is inspired by the movie Tron. A vivacious red trough sink and red-toned lighting create a room that is luminous with colour, transporting guests into a whole other futuristic realm. 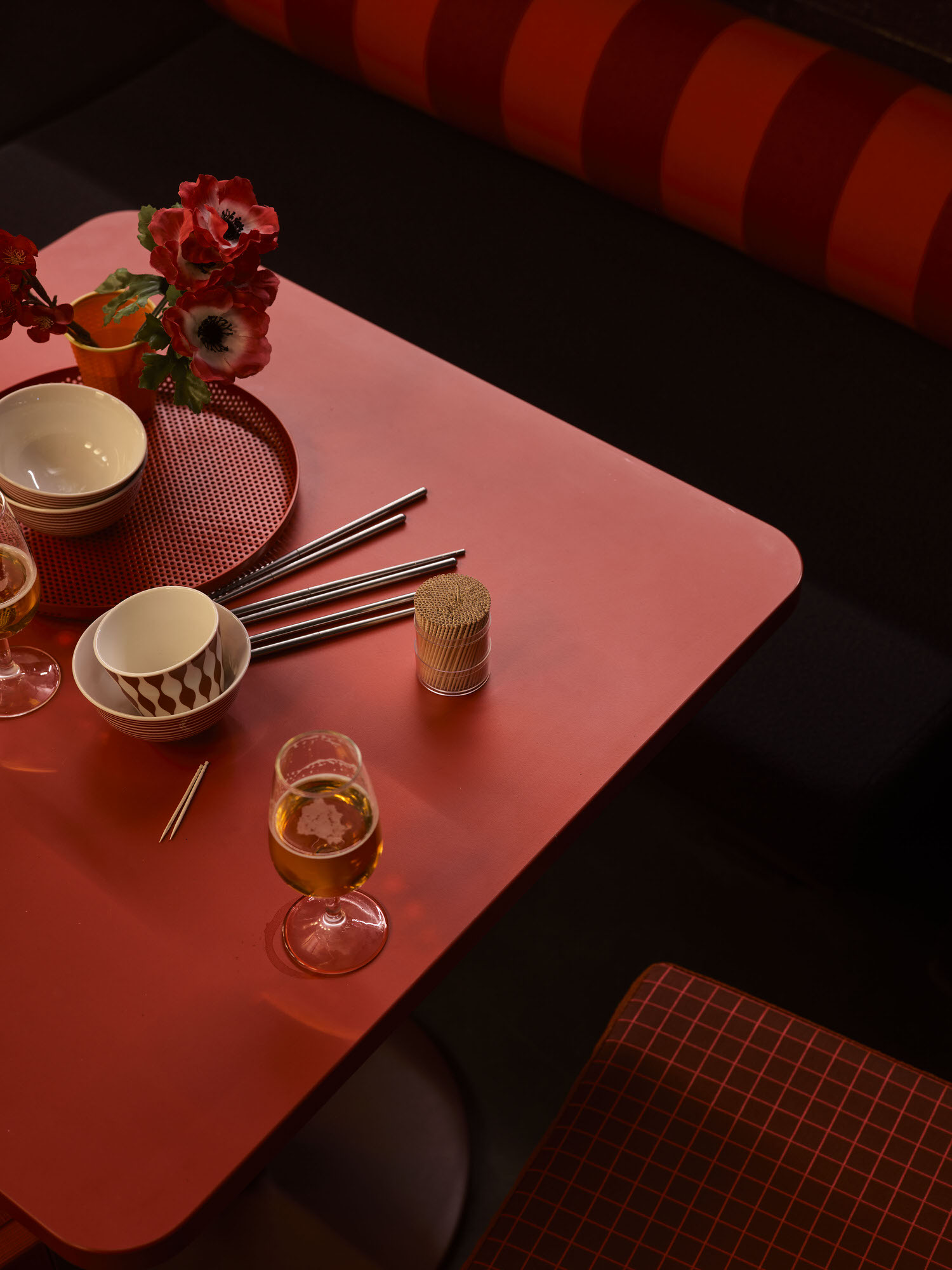 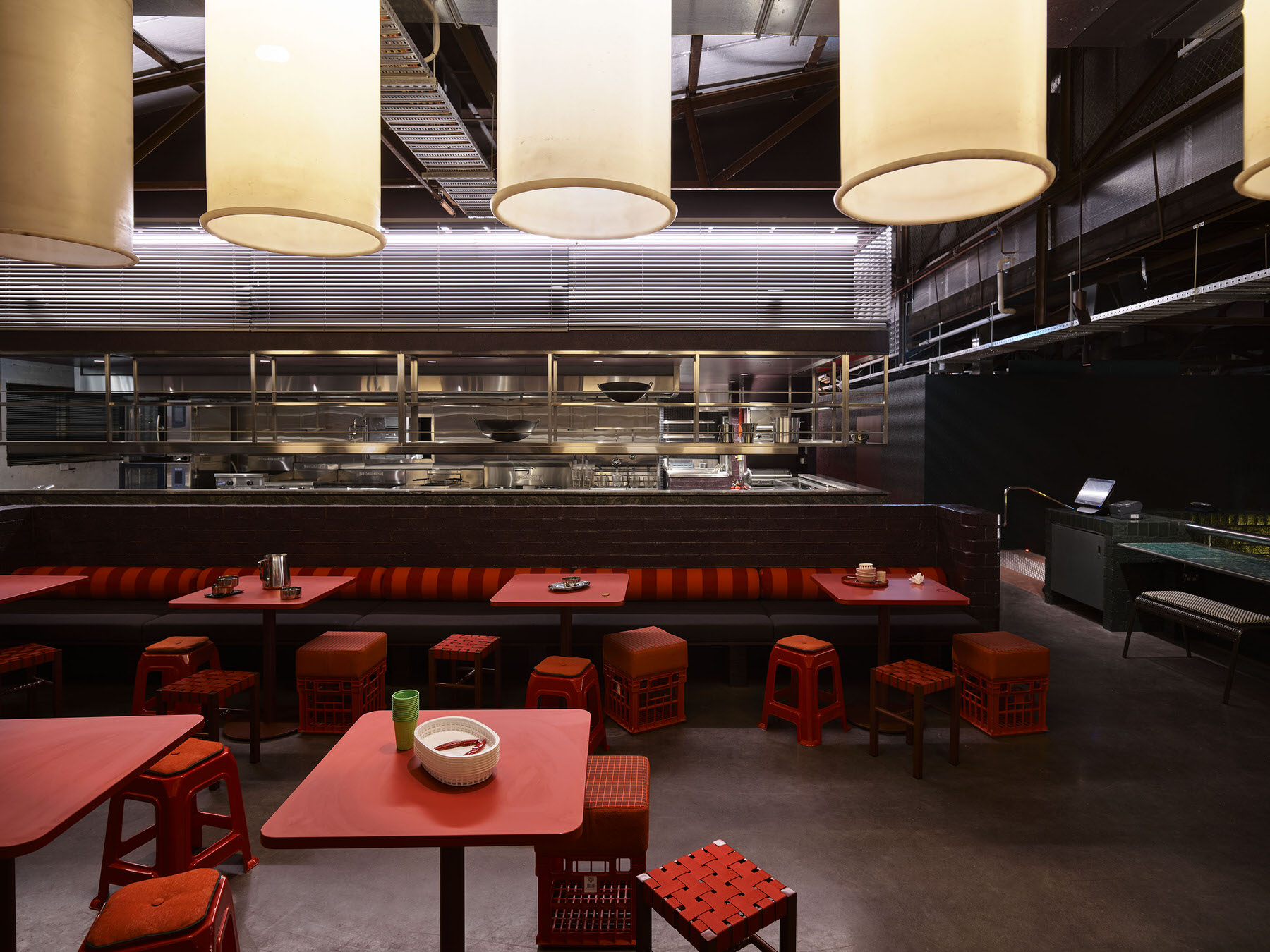 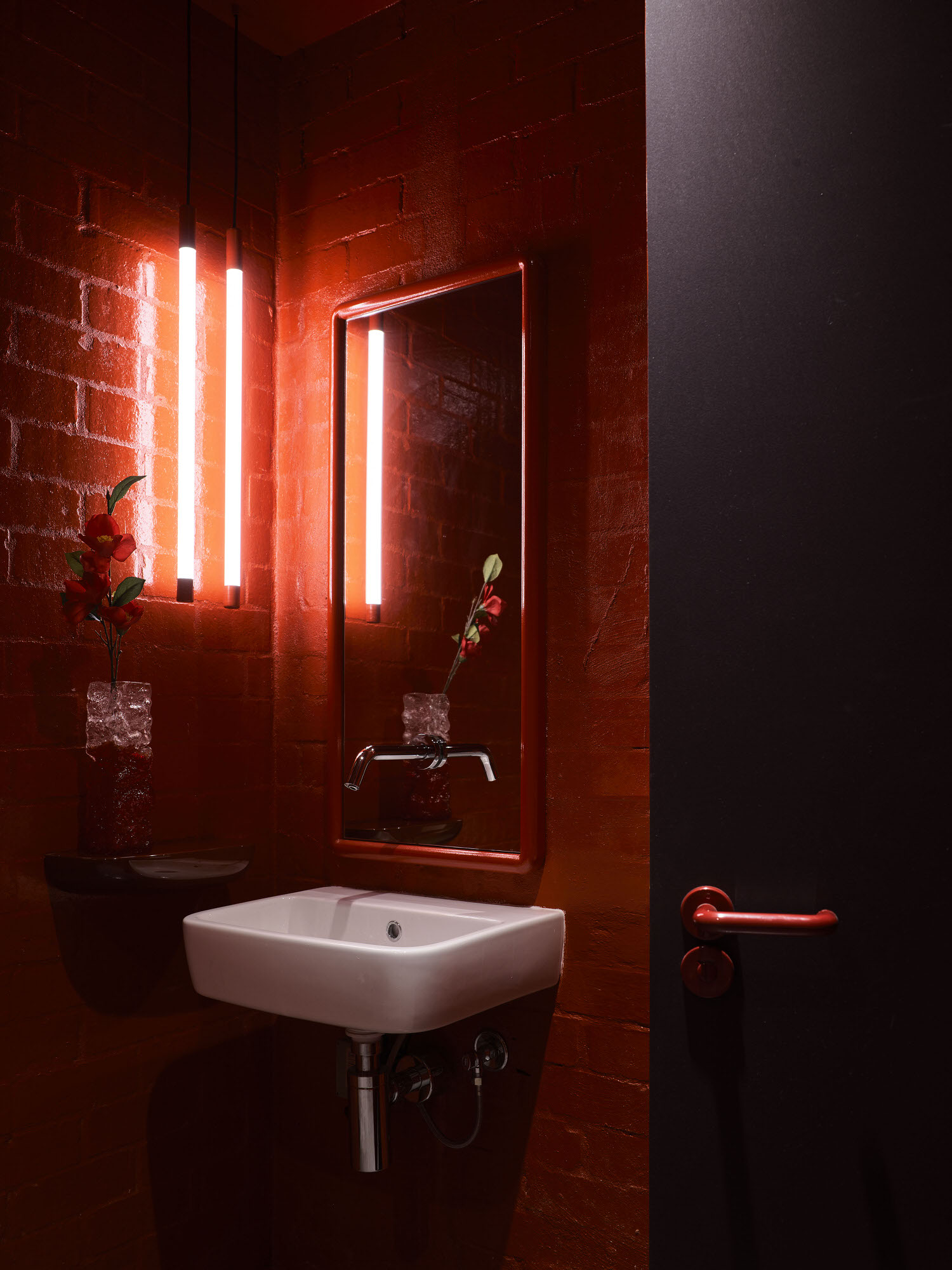 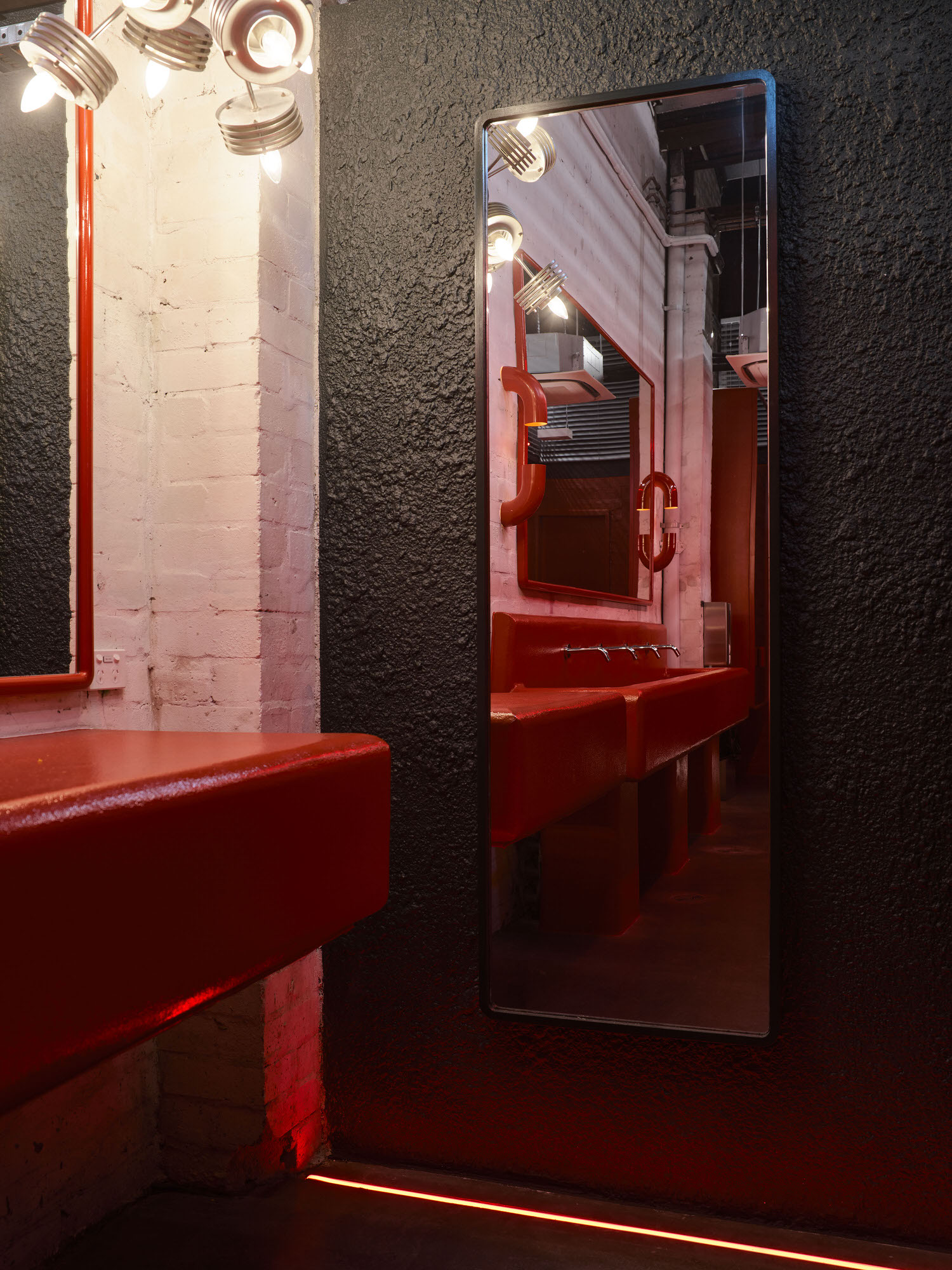 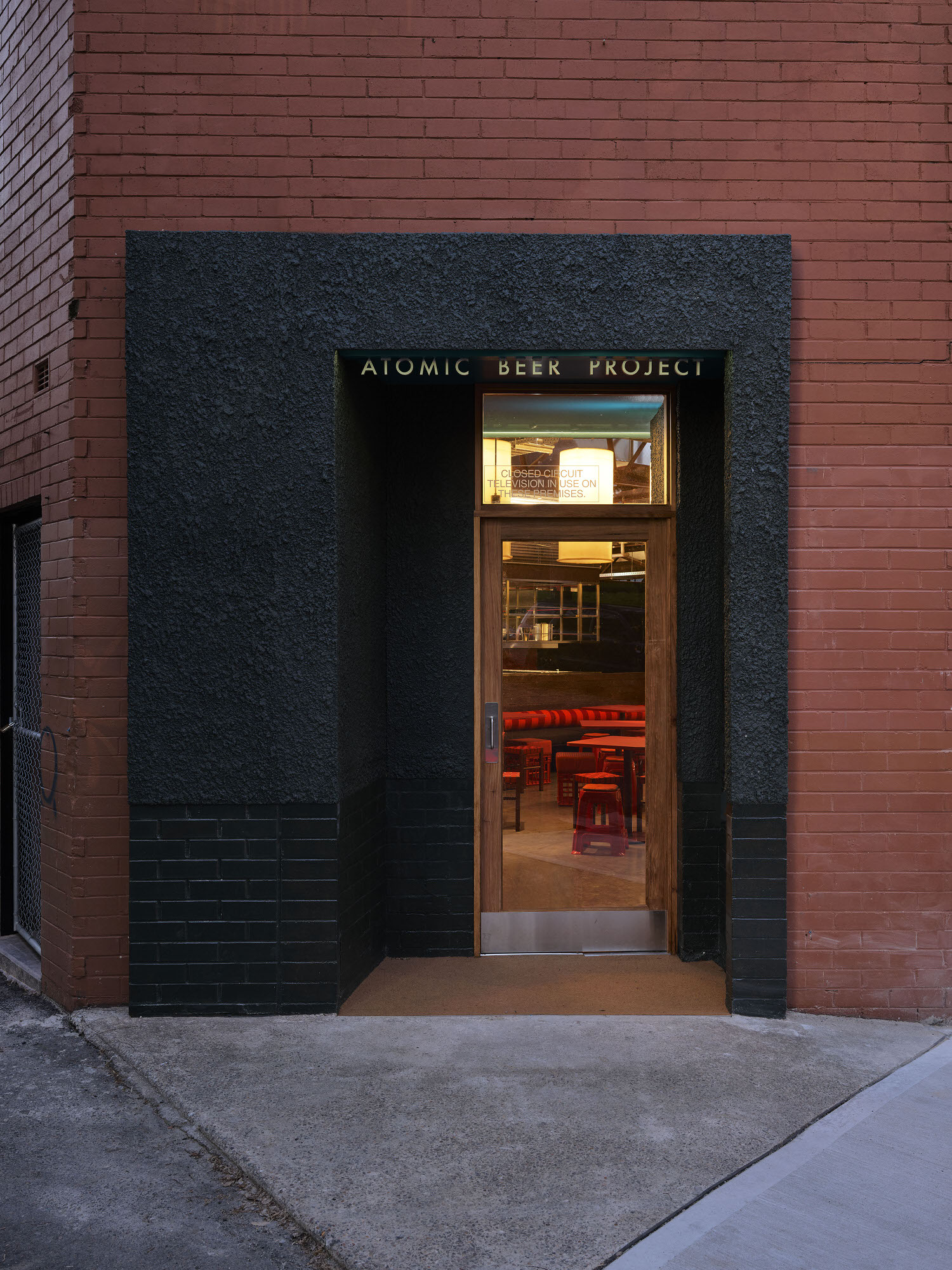 YSG Studio’s design for Atomic Beer Project deftly captures the grit and unpolished creativity of Redfern. The venue unfolds with a sense of nostalgia, simultaneously feeling as if it has always been there while being filled with futuristic references – a heady mix we can never get enough of.