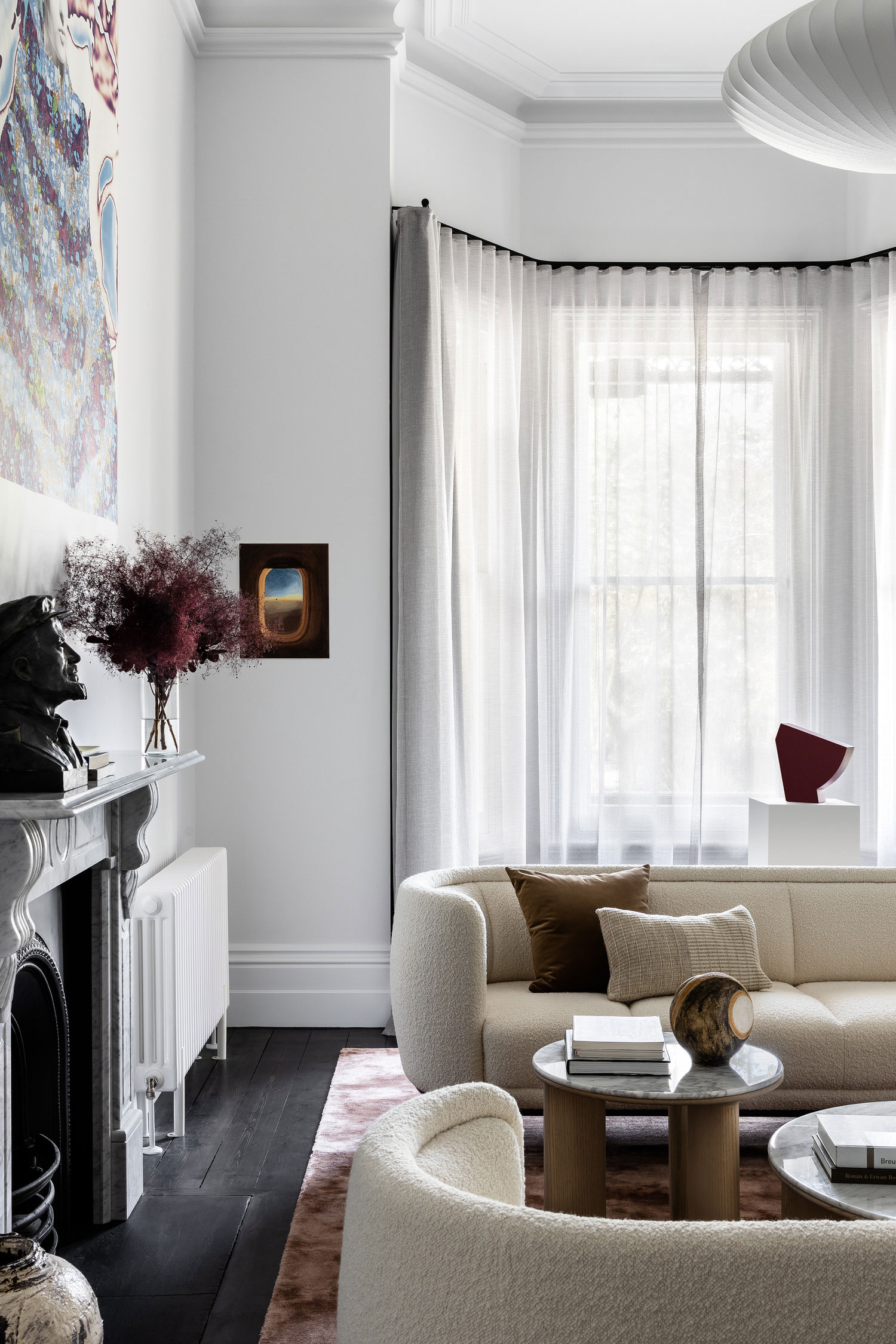 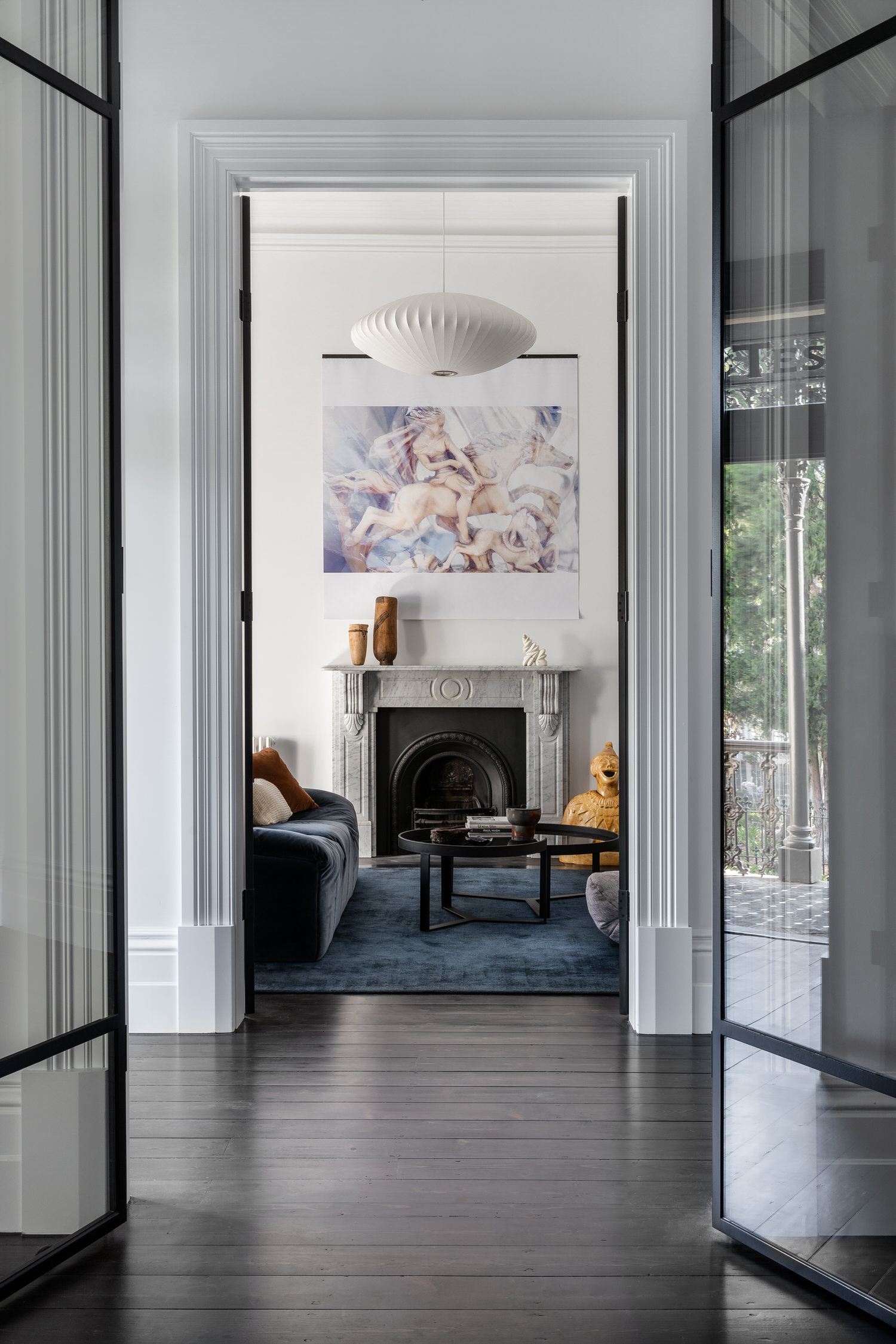 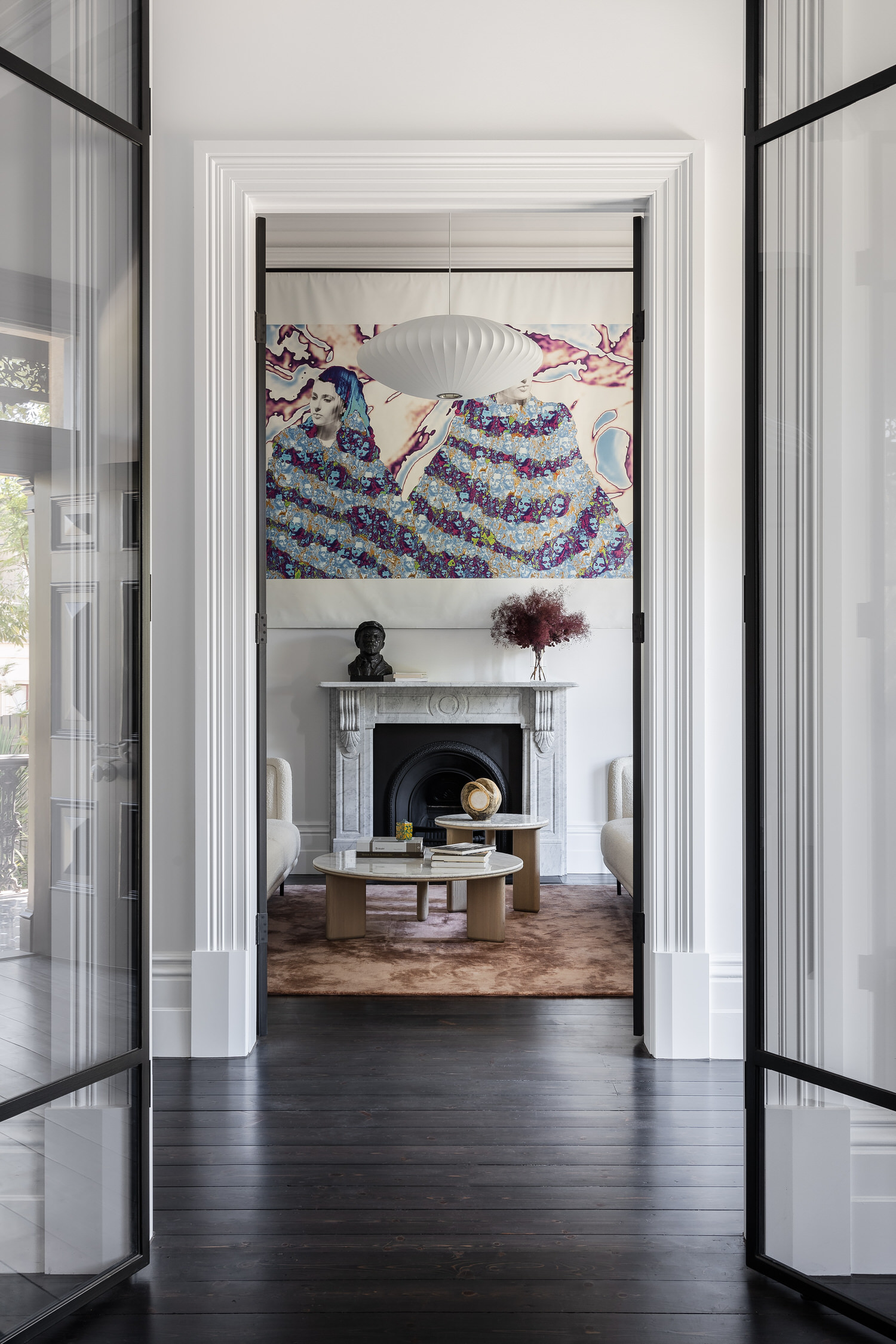 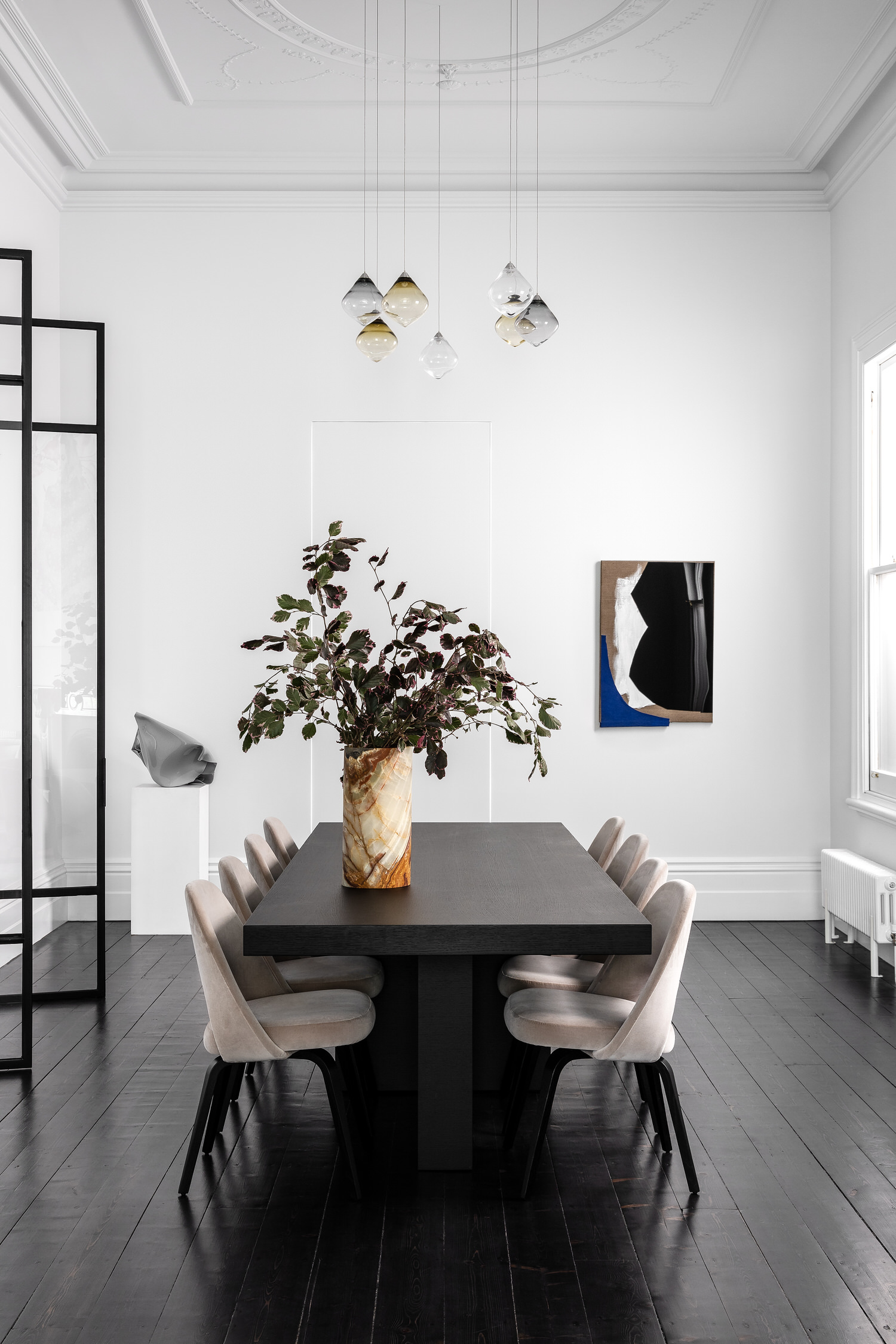 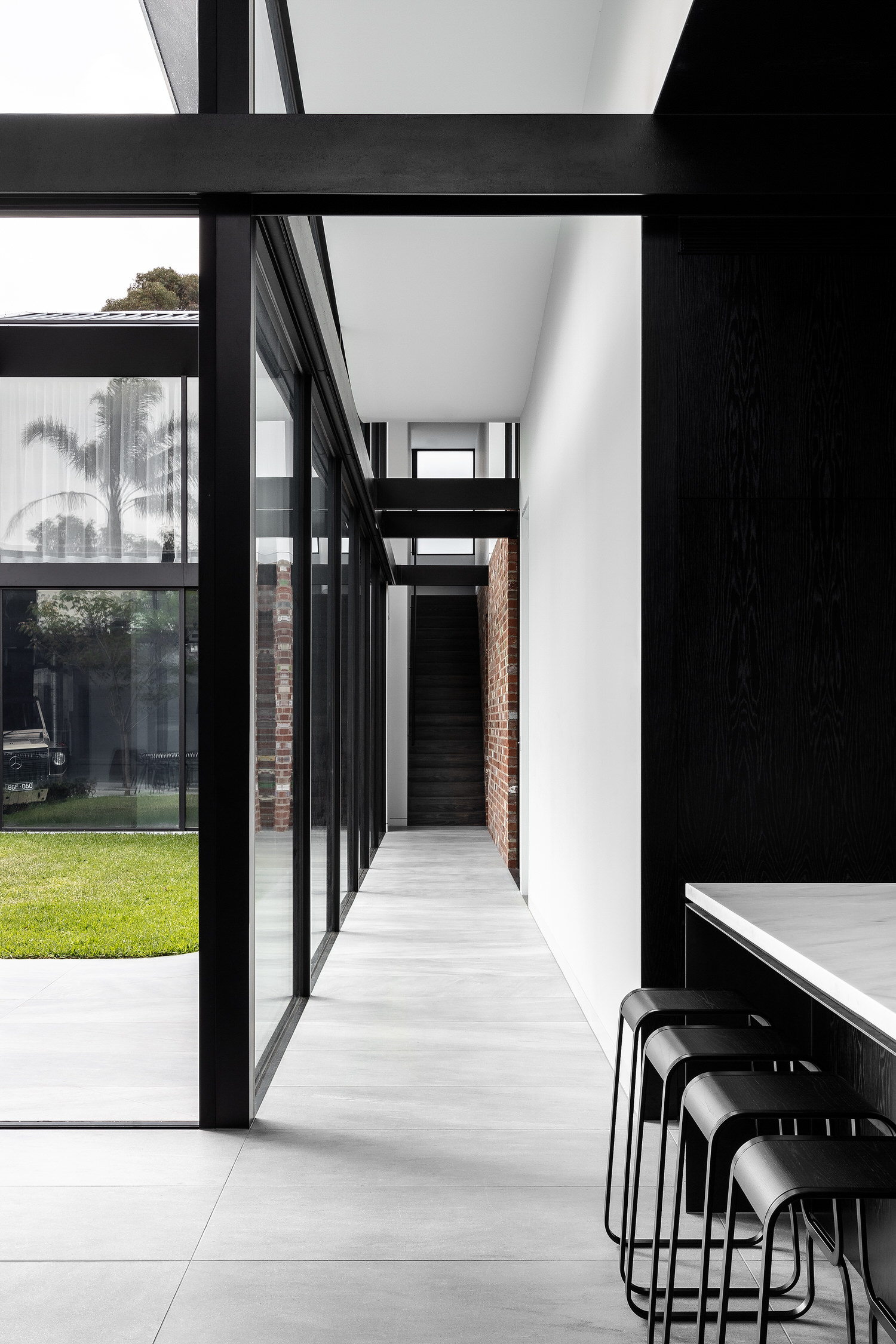 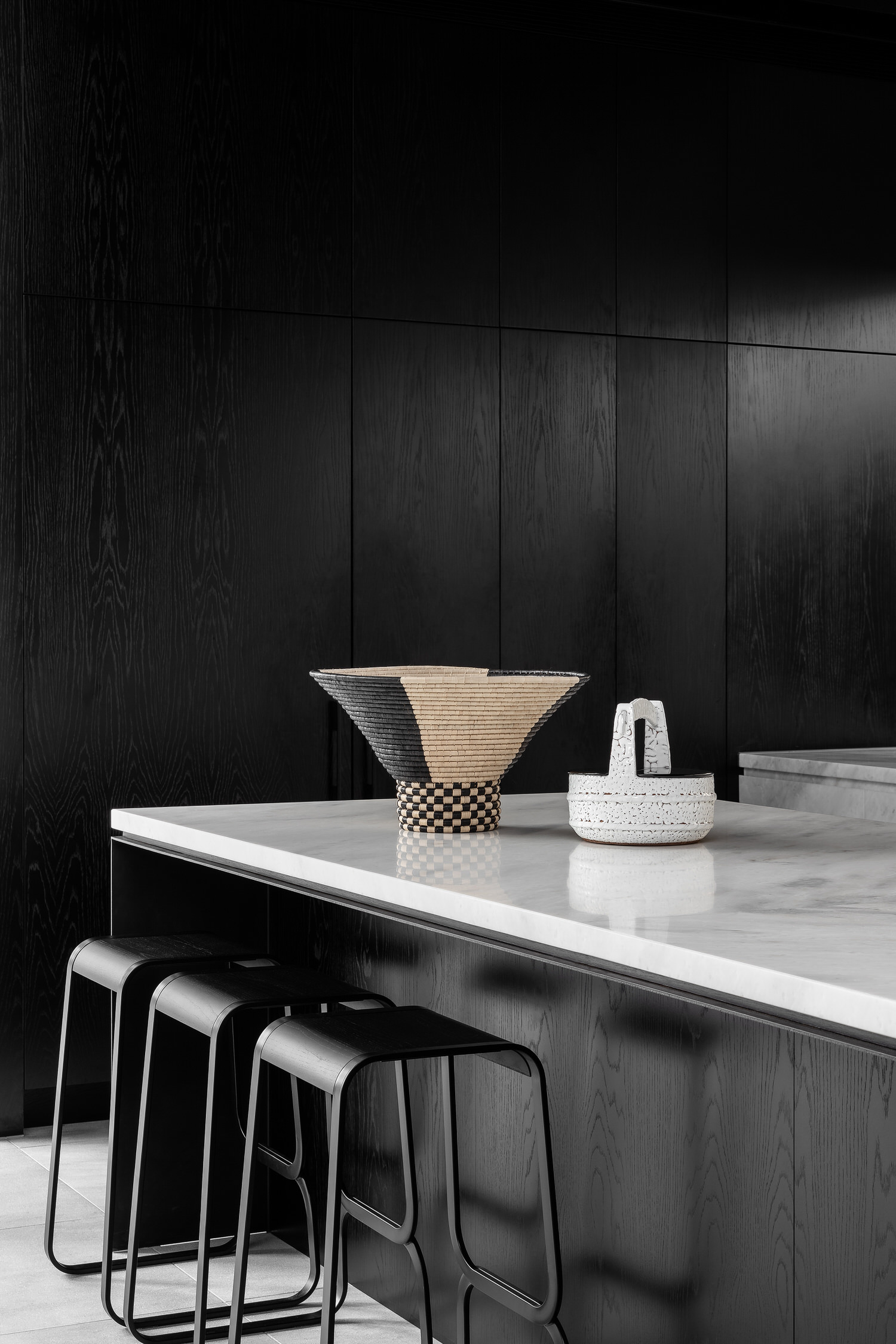 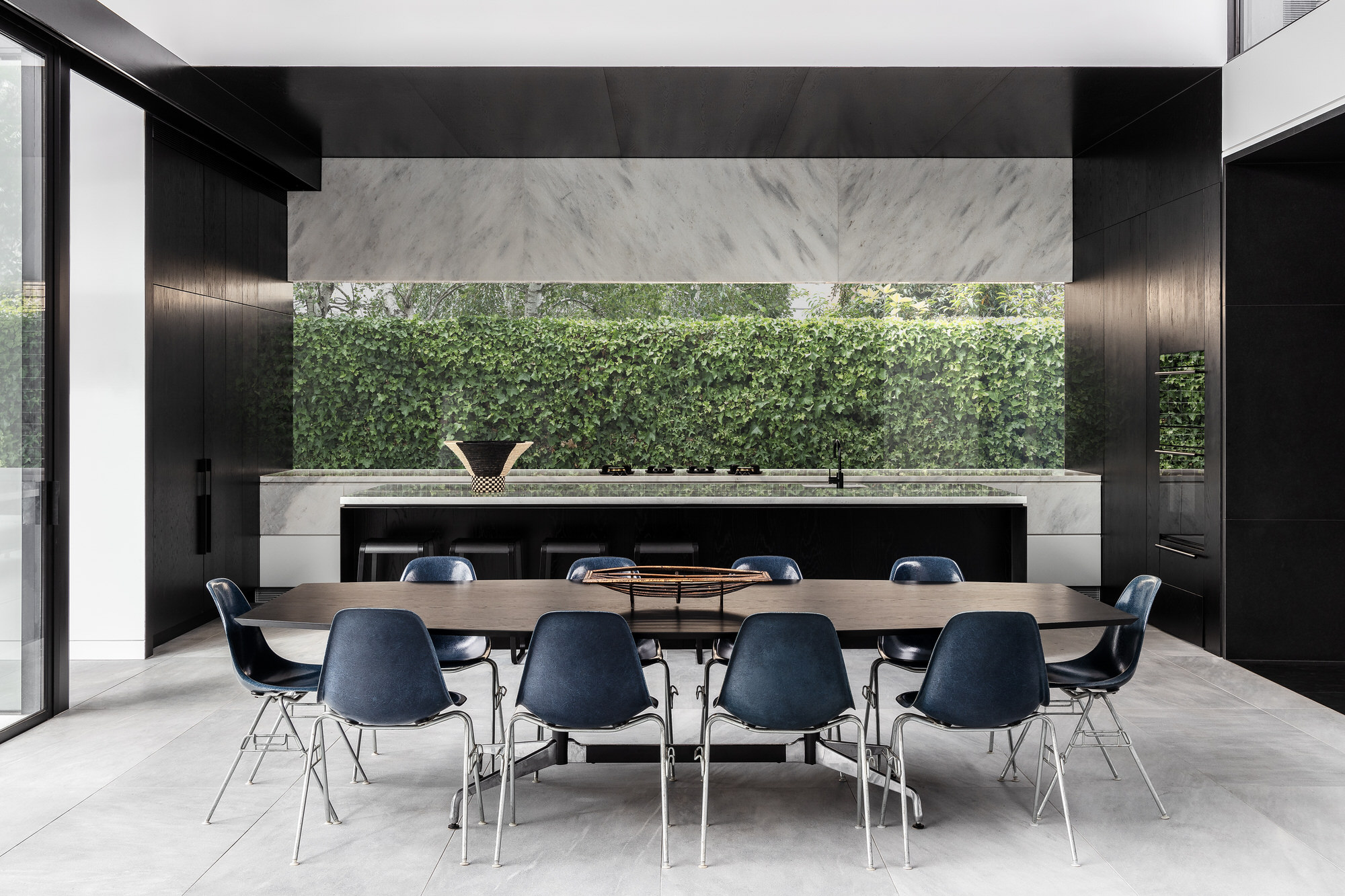 Located in Bayside, Melbourne, Bayside House is a refurbishment of a questionable that’s been added to the original Victorian house. This collaboration between McCluskey Studio and also marks the debut for – headed by director Kate McCluskey who worked closely with ’s project architect, Matt Hainsworth and . The end result craftily pulls vintage essence from the façade and translates them into sleek modern accents found within, with spaces made so grand, one could easily think they walked into a luxurious showroom.

A project almost three years in the making, the brief called or a transformation of the ‘poorly conceived’ existing extension and for the house to become a ‘showpiece family home’ that celebrates minimalism. The ambitious brief led to a remodelling that starts from the existing corridor, swooping gracefully upwards to encompass new bedrooms and bathrooms subtly distributed over two storeys. The renewed addition hugs the Japanese courtyard, landscaped with deep greens to compliment the dark steel framework and roof of the glass installation. A transparent surface, it exposes the bricks of the existing house, still preserved with patches of paint too precious to erase. 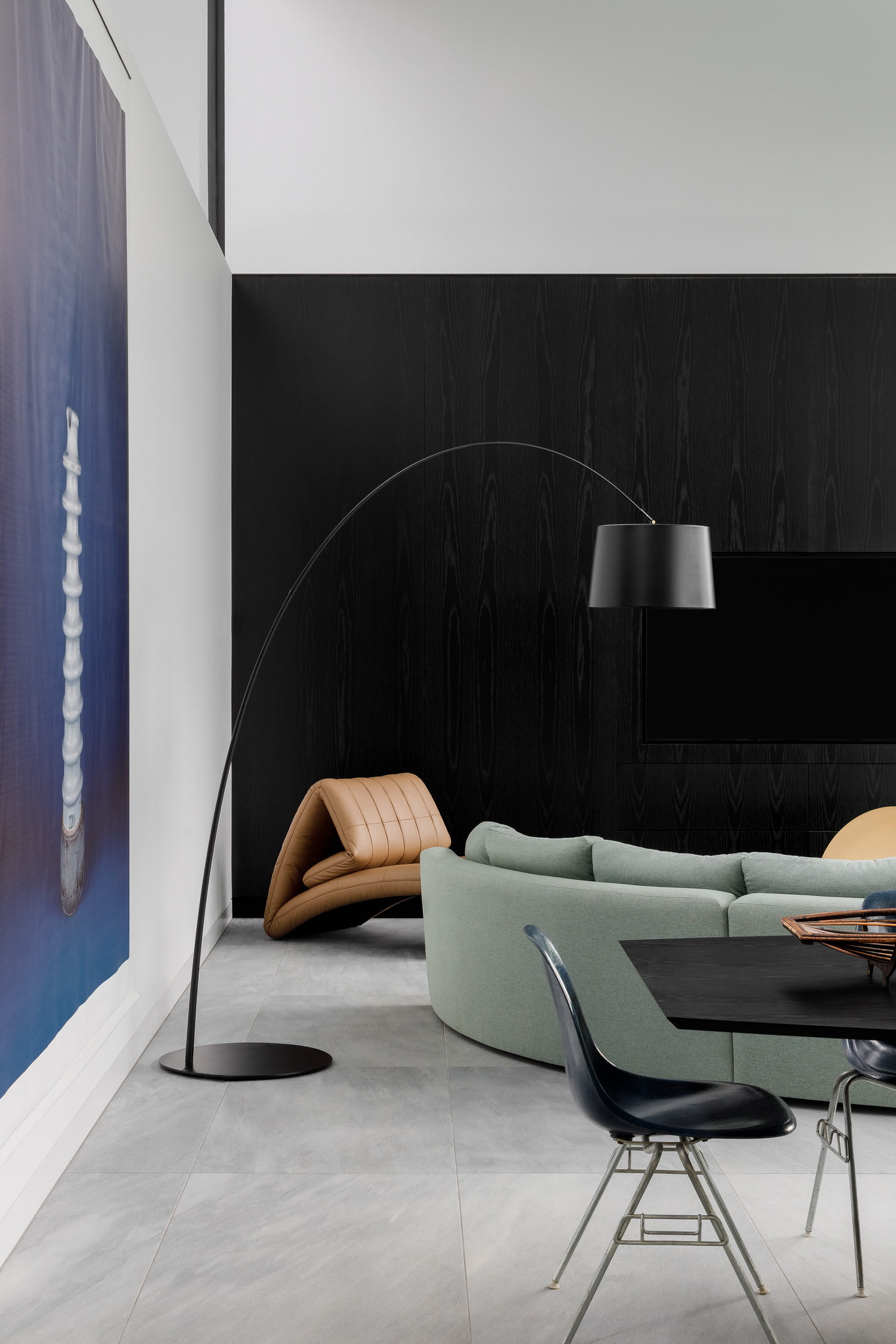 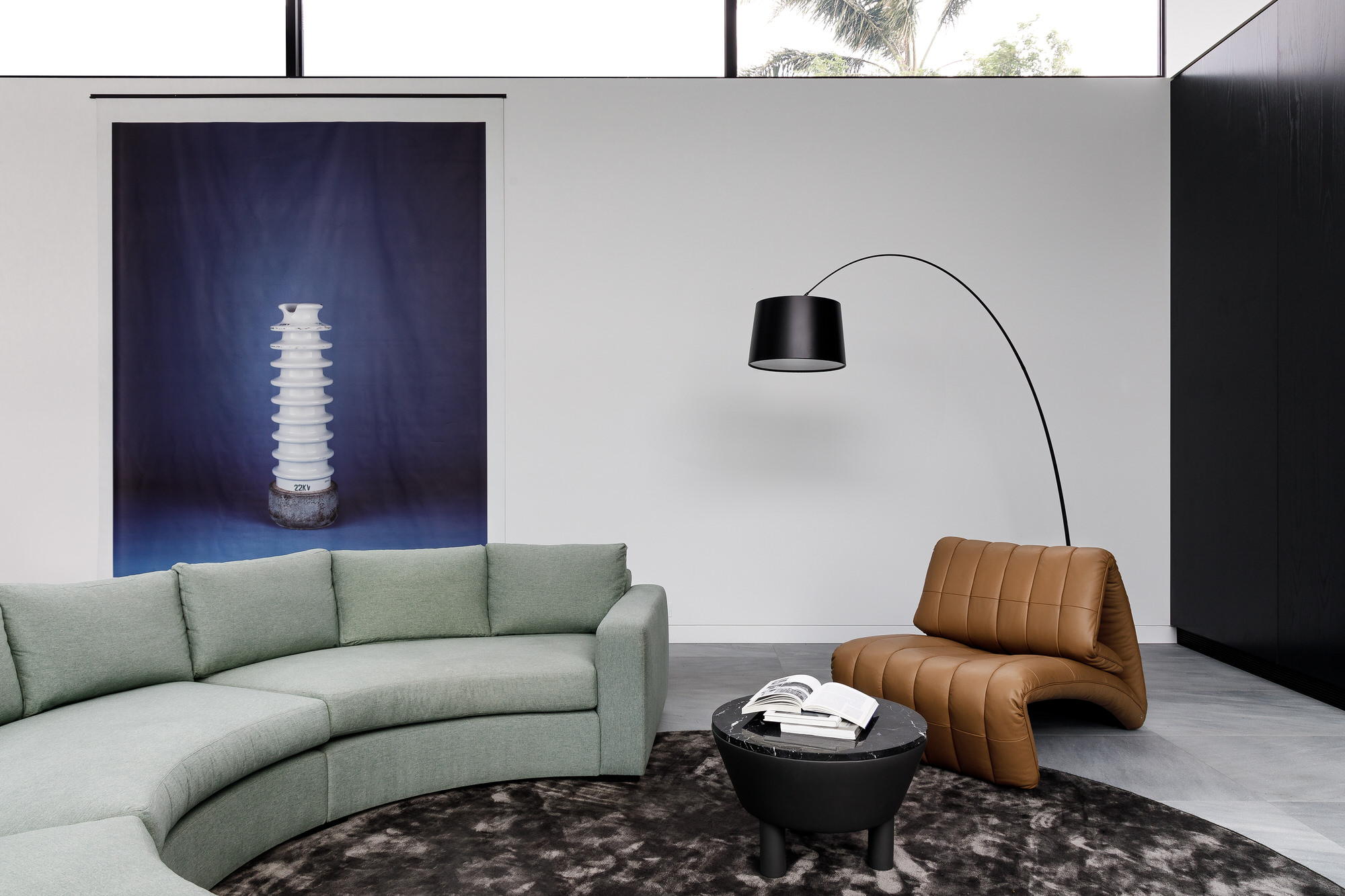 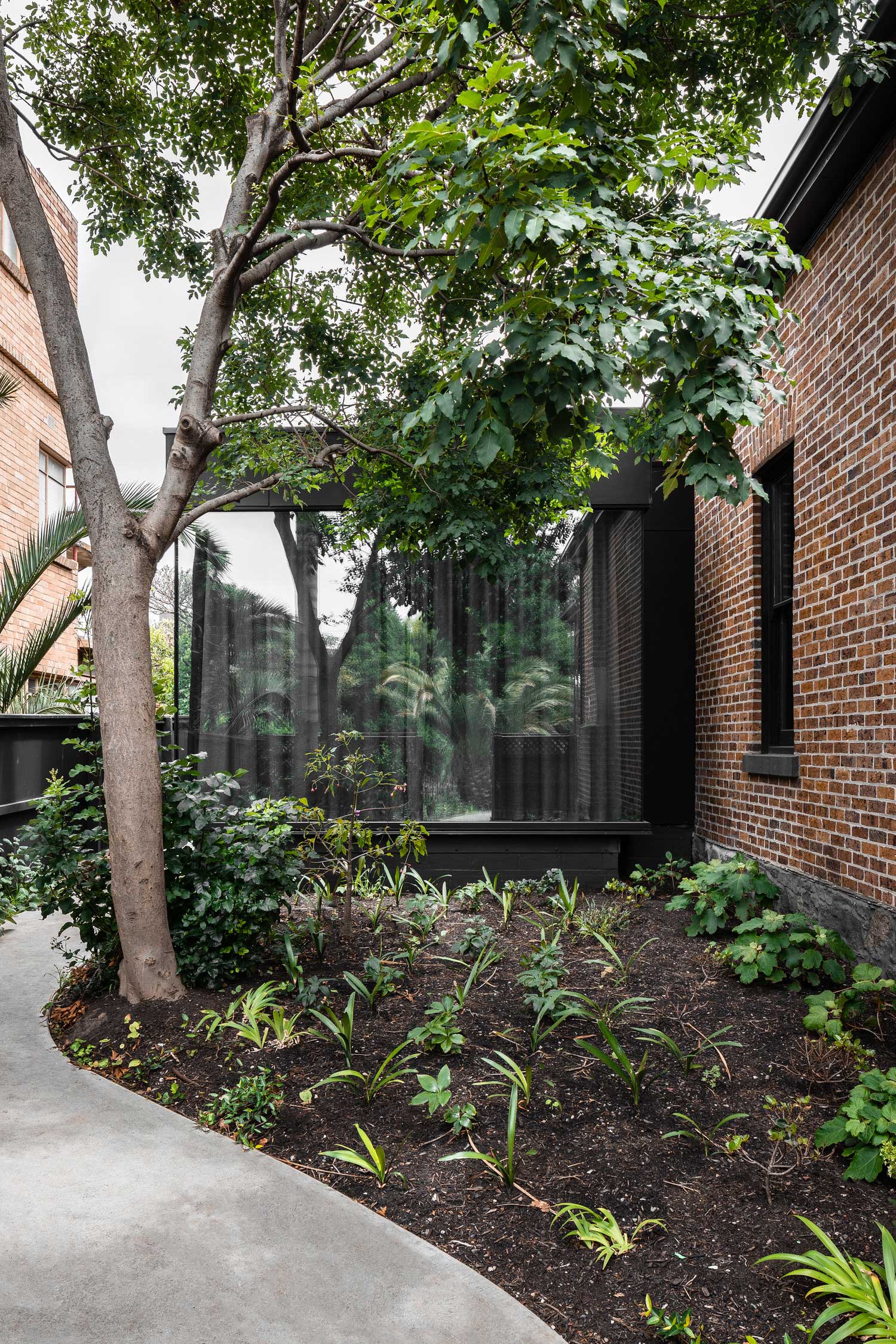 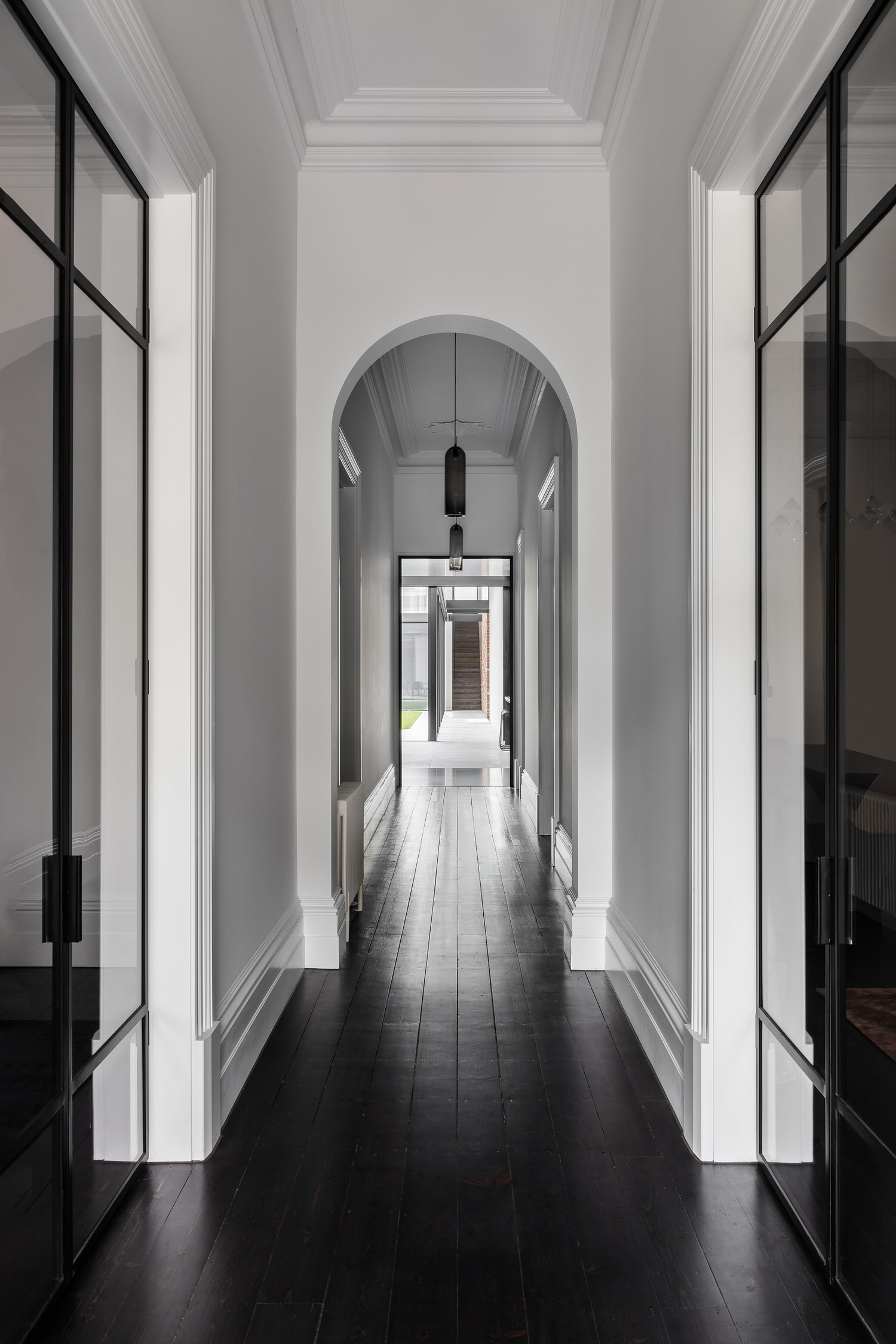 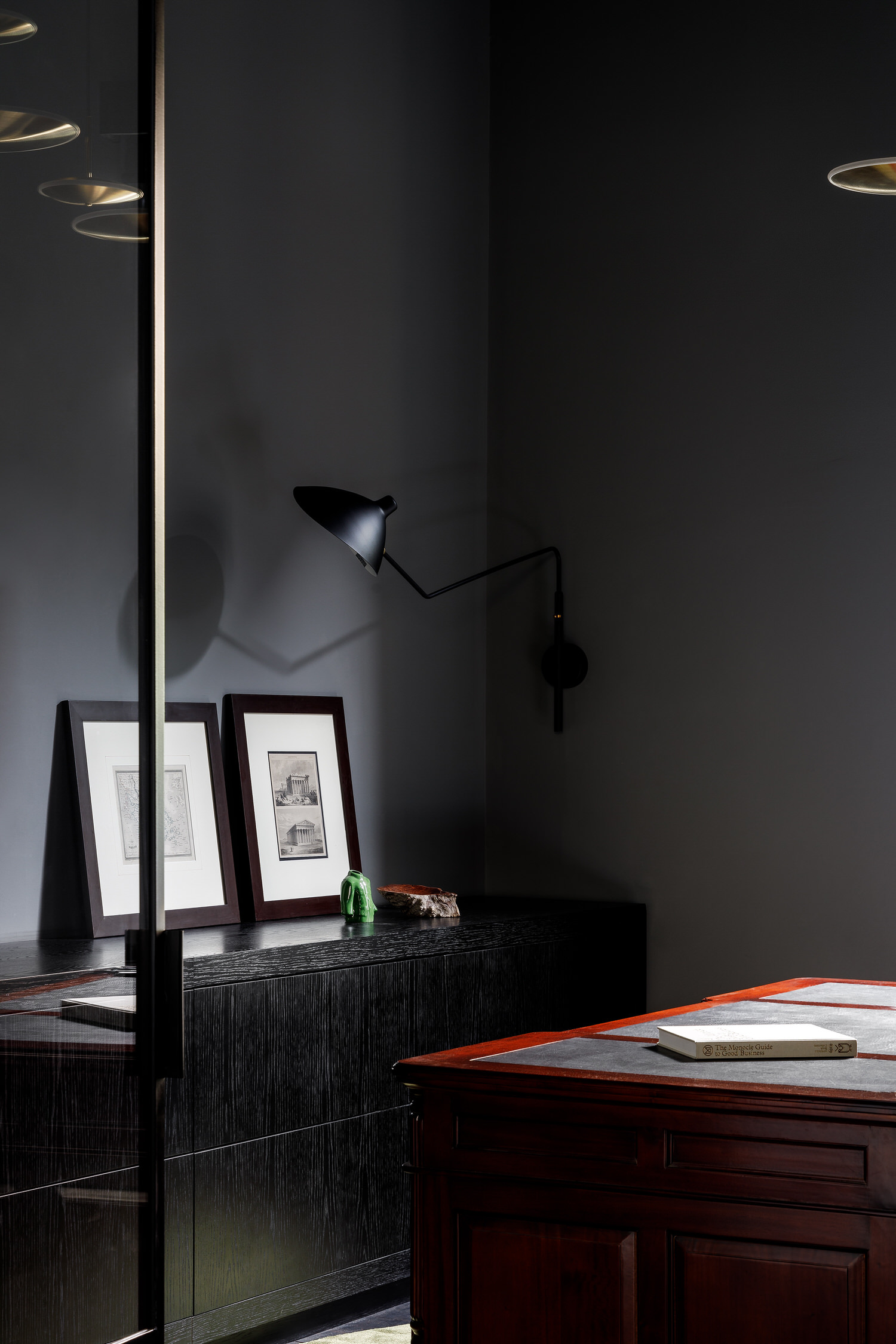 Under the client’s request for a deeper palette — symphonies of sturdy lines, unwavering marble and black finishes block themselves around the space. Brilliant cool white stretches itself against new and existing walls, existing floorboards are revived with a deeper stain, and soot marbled tiles or plush charcoal carpets are introduced for the new flooring.

Each room has been curated to exude the qualities of a gallery. A boxed kitchen attached to the extension is framed with bespoke dark stained-oak cabinetry carefully pressed against the island bench topped with Ibiza White marble and a glazing splashback that reveals the garden beyond. A display of Turkish Marble can be found in the master ensuite, lined in stone from the bathtub to the vanity bench, and to the bench in the curved marble subway tiled shower. Elsewhere, bringing architecture and interior poetics together, bedroom joinery dutifully fits in with fluid curves of the walls while playful pendant lights dangle carefully to compliment both the new and existing ceiling embroidered with floral carvings. 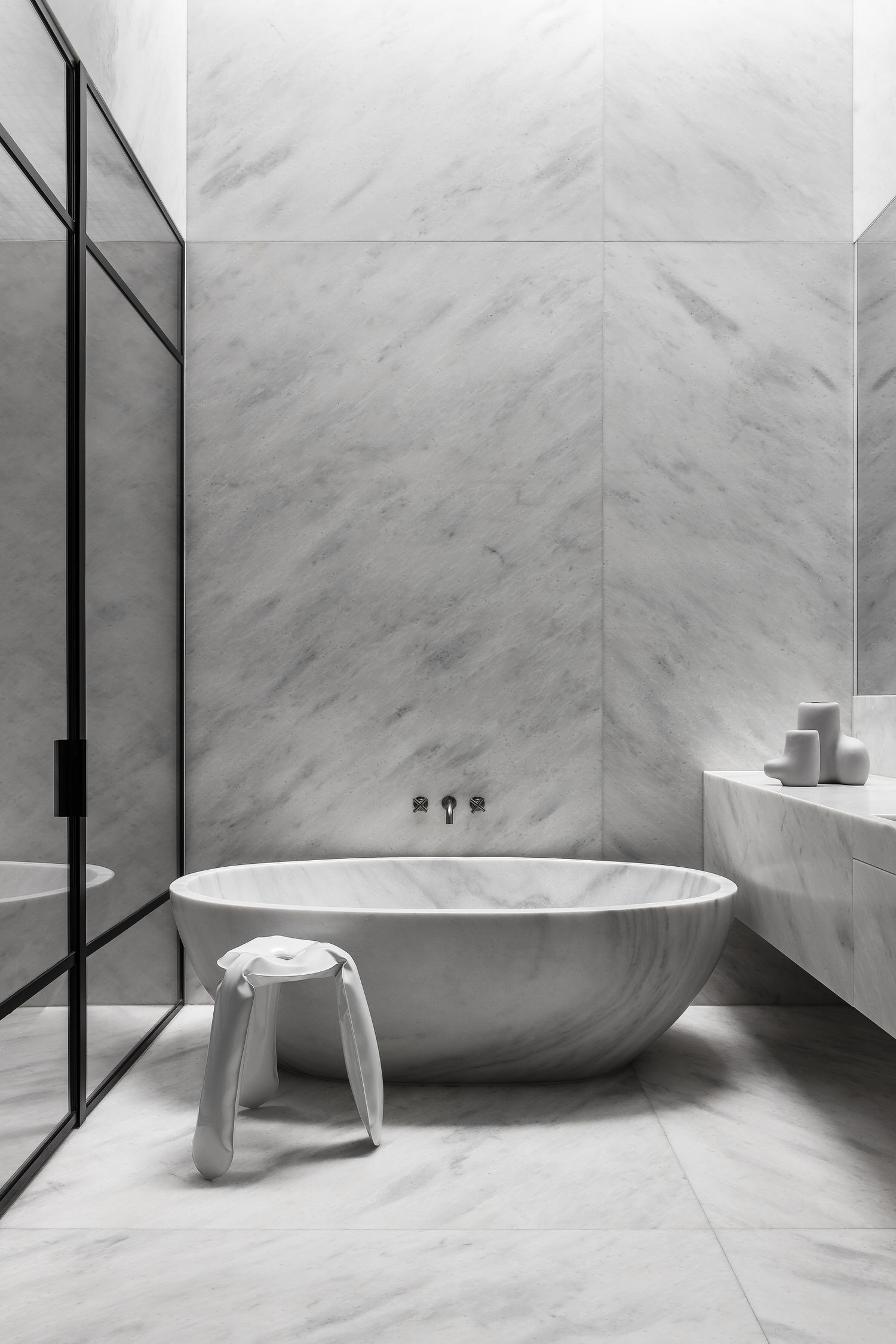 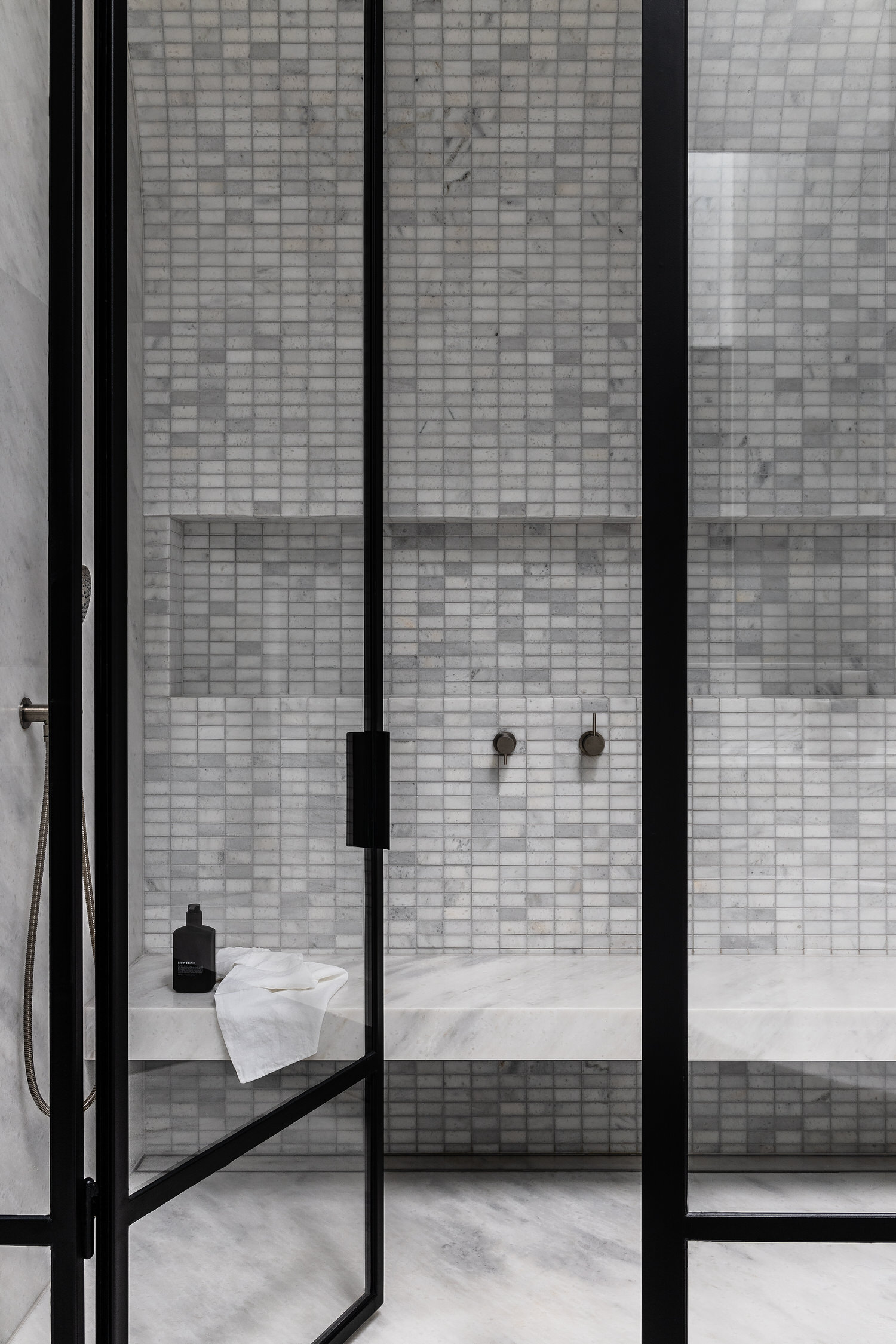 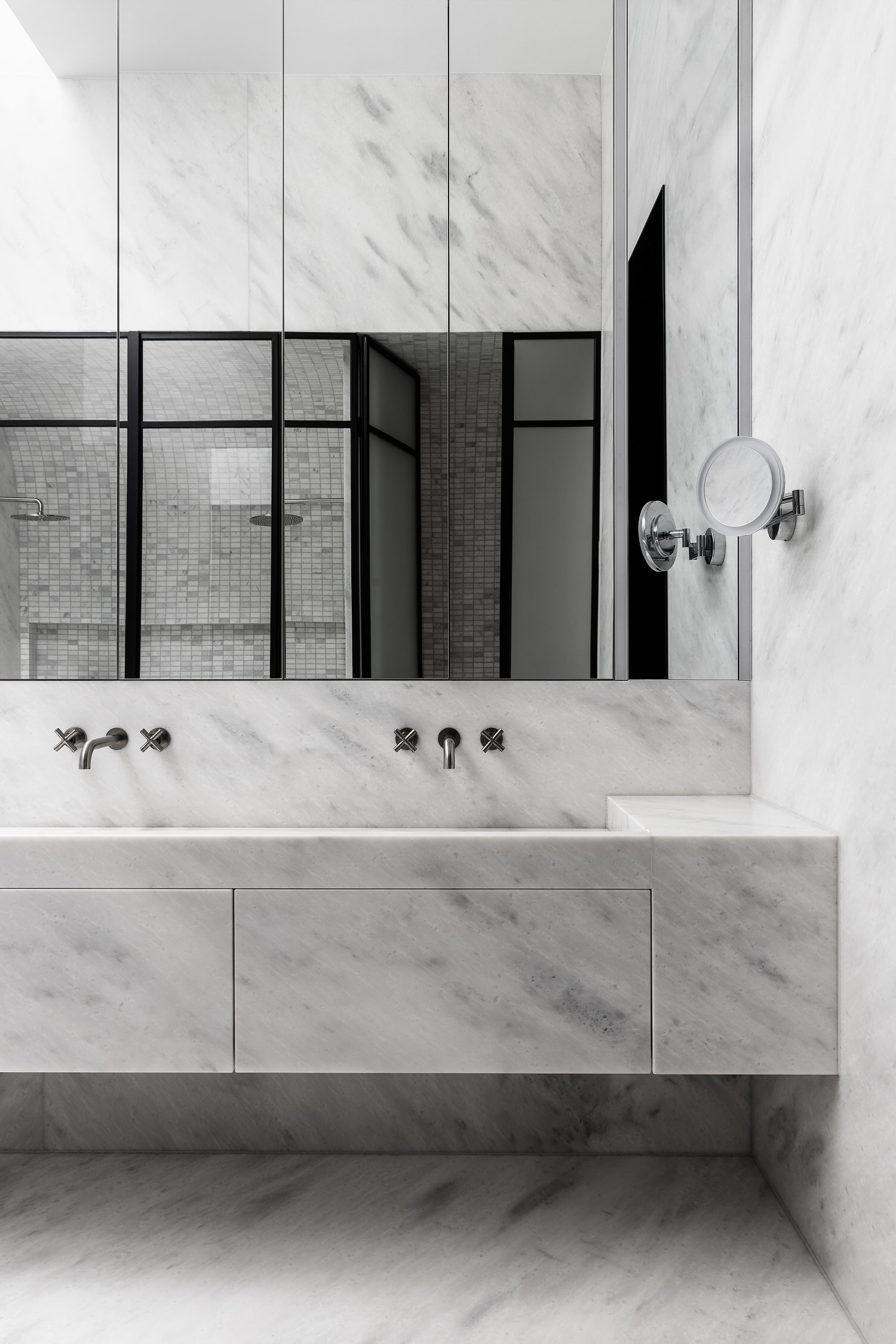 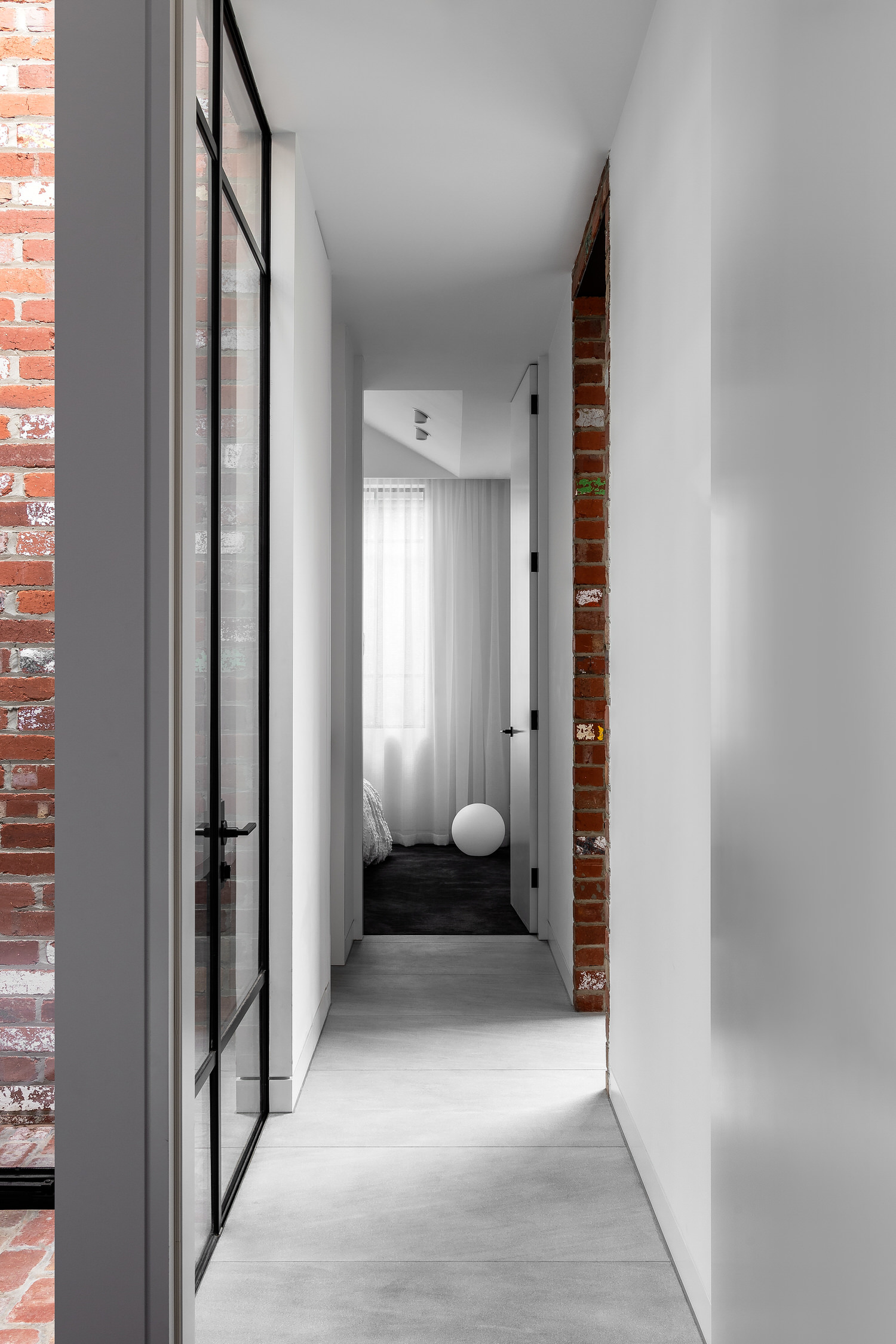 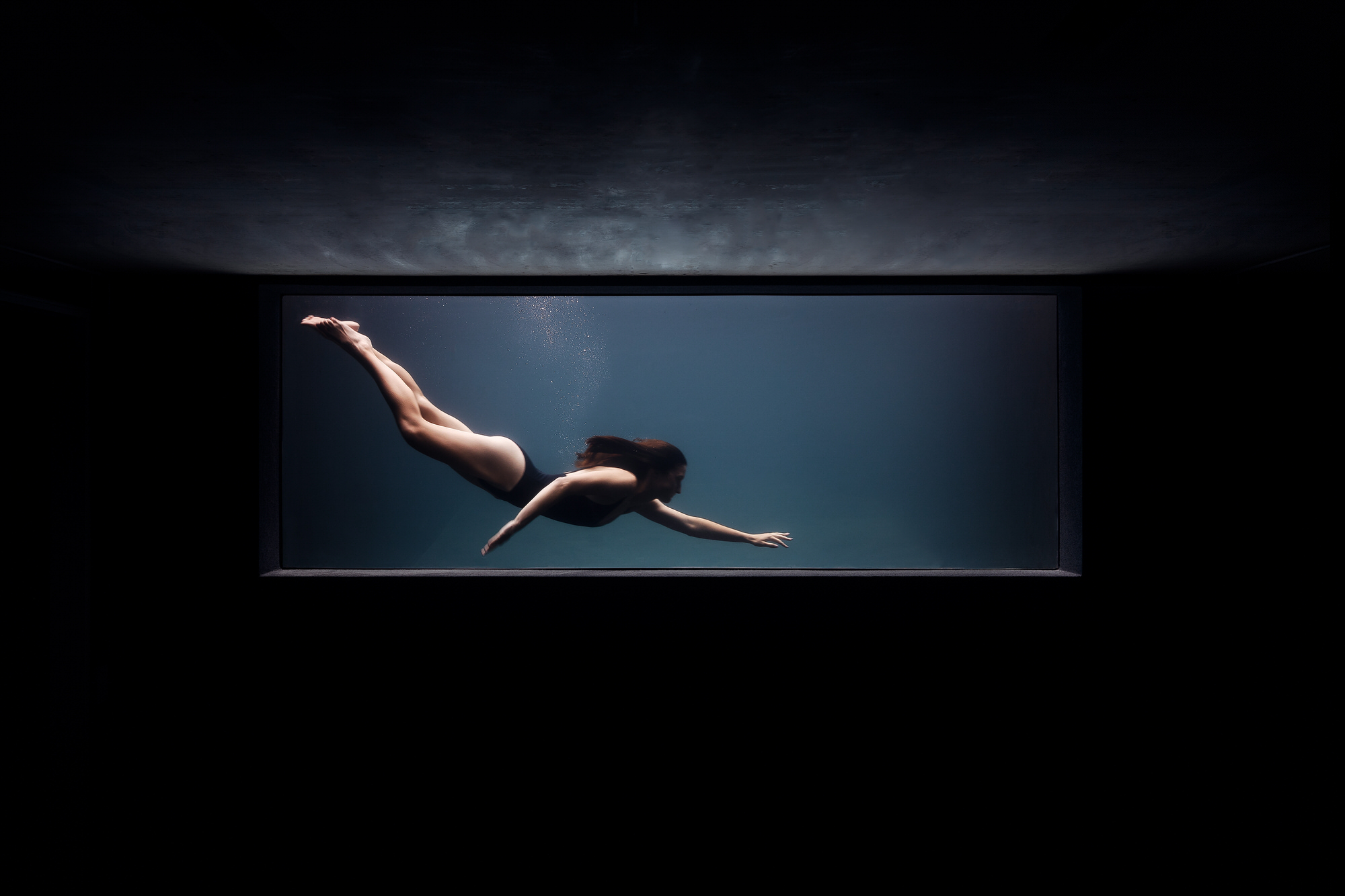 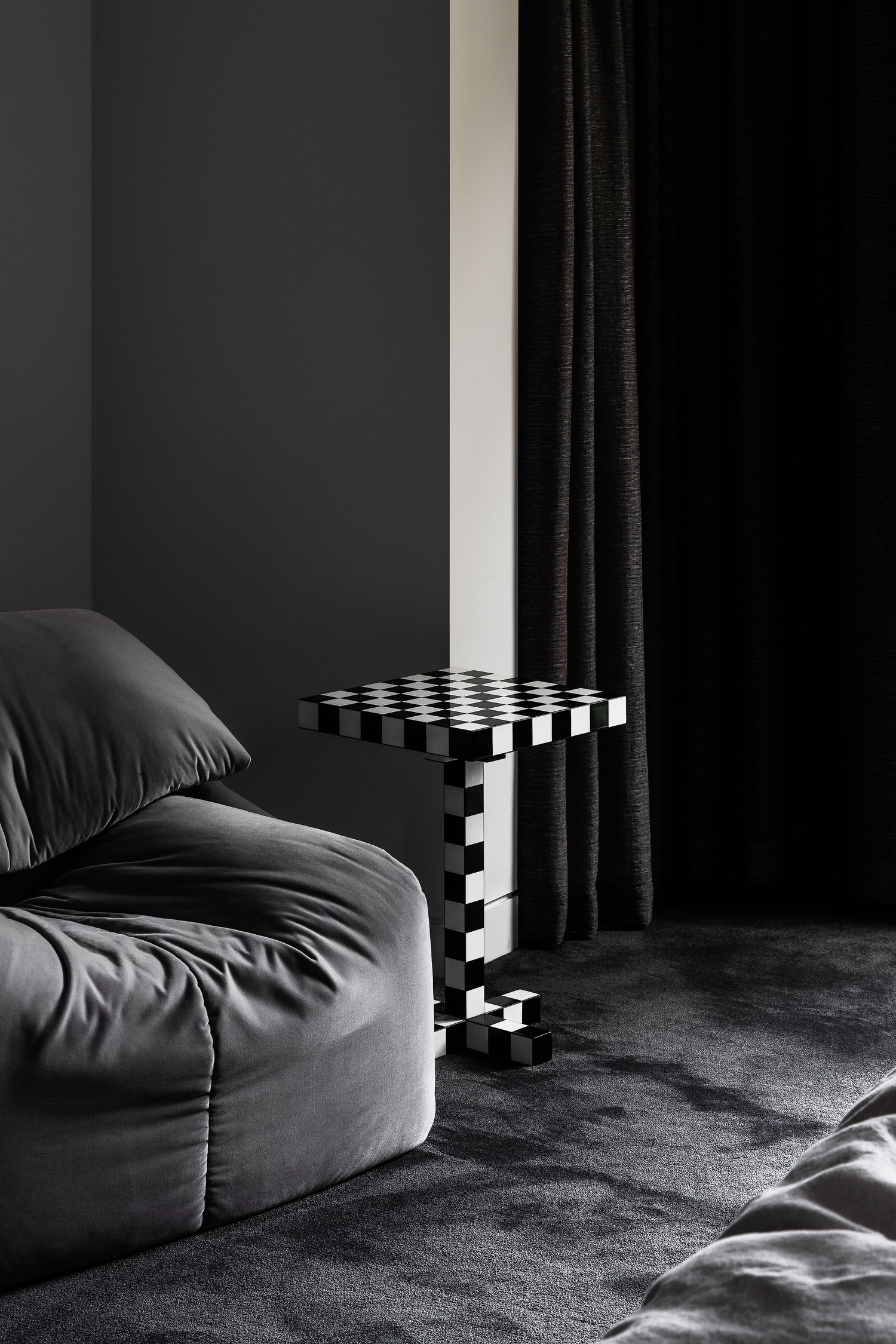 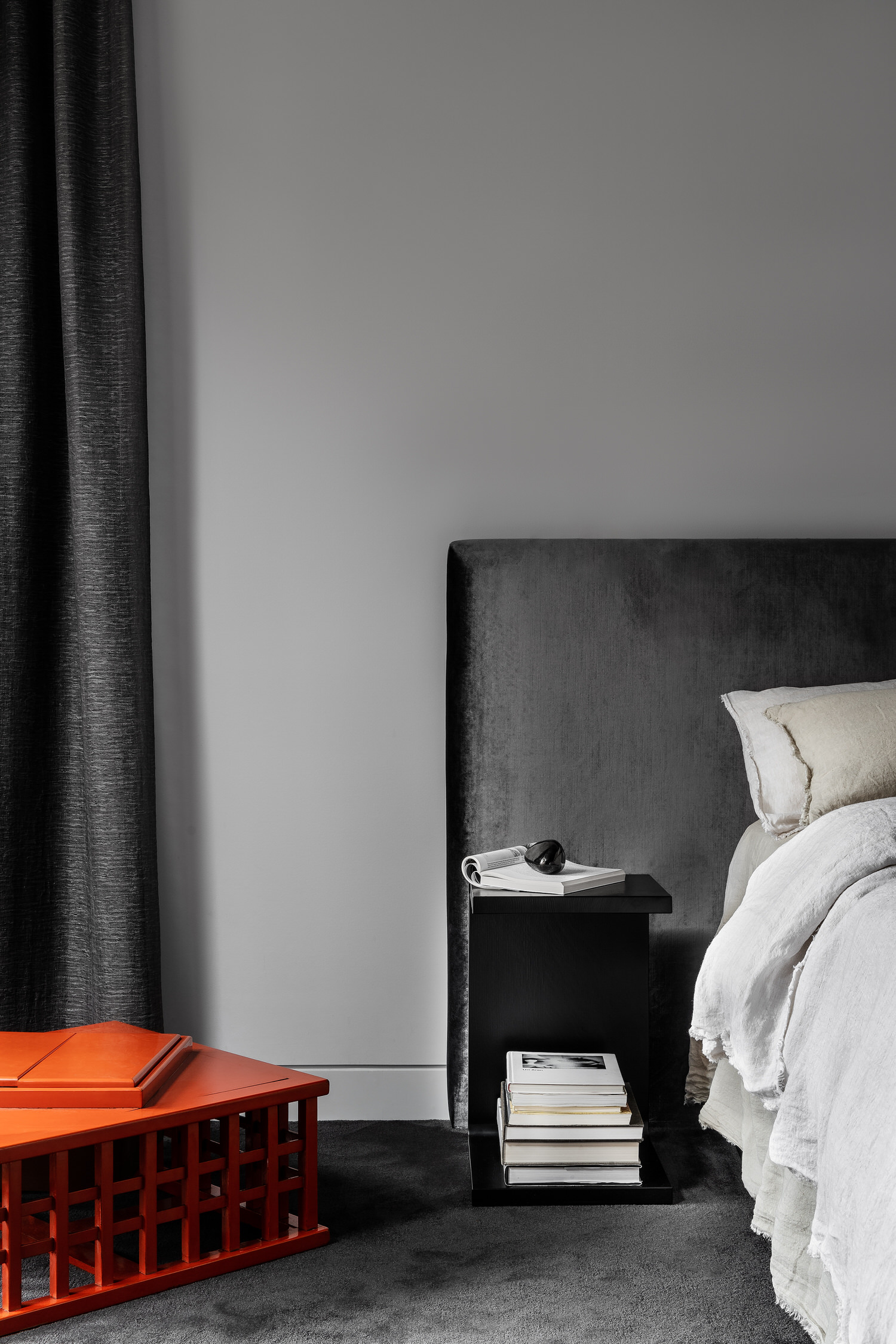 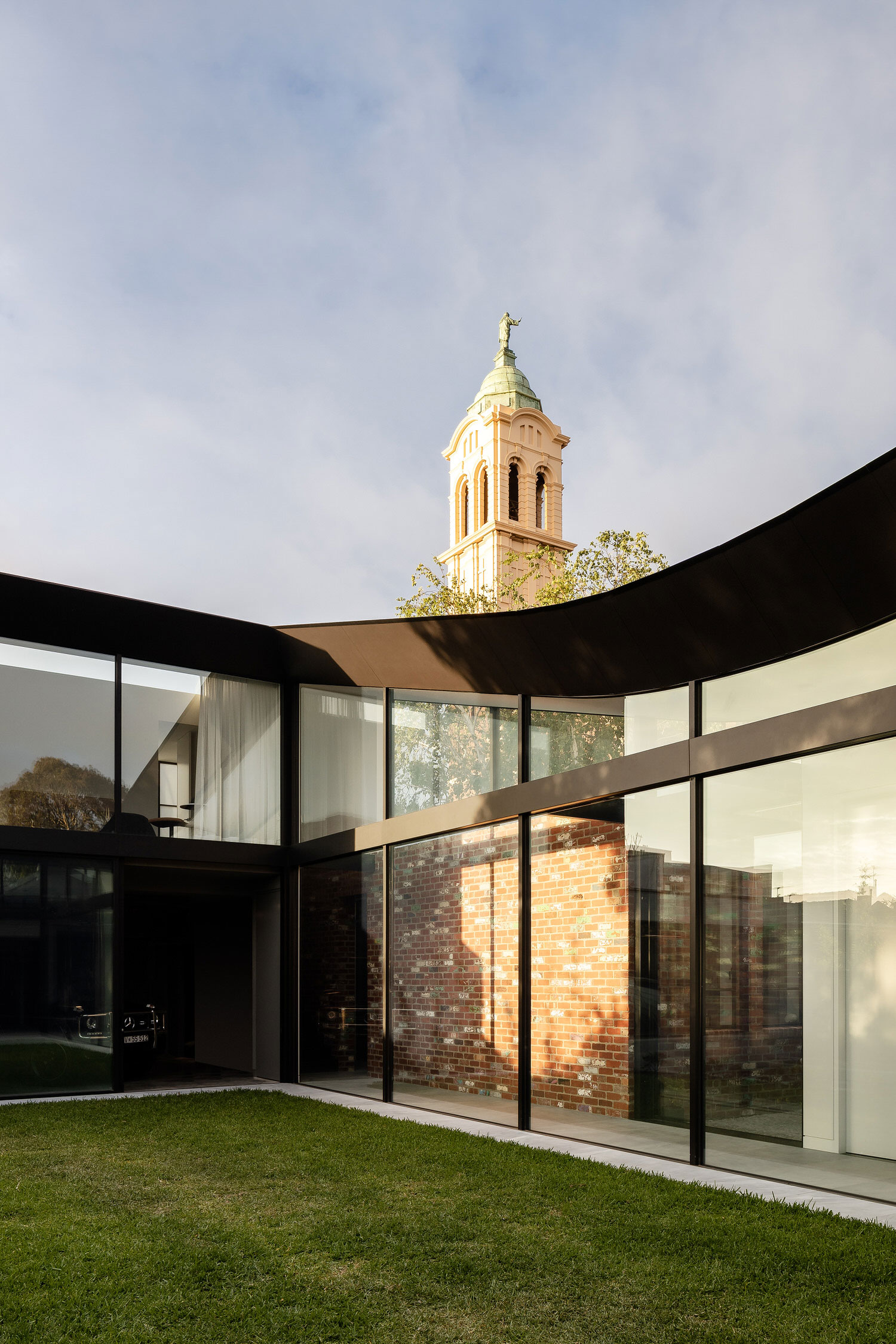 The front of the house is added with new touches to fully unify the heritage and the present. Former timber doors are replaced with sleek ebony steel-framed doors to complement the bay windows in the front rooms. Adorned with bold artworks and bespoke joinery, the space is now regarded as an enviable lounge and library for the client’s family.

An adventurous brief allowed for adventurous outcomes, Bayside House demonstrates a dynamic effort between the client, designers and builder. Each space — by sharing a common language while still introducing a different character — makes the architecture a unique and special one.