Aptly titled The Market, this tabletop kinetic sculpture automatically adjusts itself to the tunes of the stock market. Depending on whether the stock market is rising or falling, the scale tips in favor of the bull or the bear respectively. Who needs smart displays and IoT-connected ticker tapes when you’ve got something as elegant as this?!

Designed by the folks at August & Wonder, The Market has a distinctly vintage appeal, with a brass + wood construction that feels just charmingly old-world – like an antique nautical compass or pocket watch. However, on the inside, the kinetic sculpture has a tiny computer that taps into the internet, tracking any market or currency you tell it to. Connecting to the net via Wi-Fi, it can track eleven global stock market indices and five major cryptocurrencies, tilting in real-time to precisely indicate day-over-day market changes with an accuracy of up to 1/10%. Changes in the market are reflected by the tipping of a balance, almost like a seesaw. On one end of this seesaw is the Bull, which indicates the market is moving up, on the other is the bear, which is an indicator of a downward moving market. (Fun Fact: The bull indicates upwardness because it uses its horns to toss its prey or enemy upwards. The bear, on the other hand, strikes at things downwards with its paw, hence the downward association.) 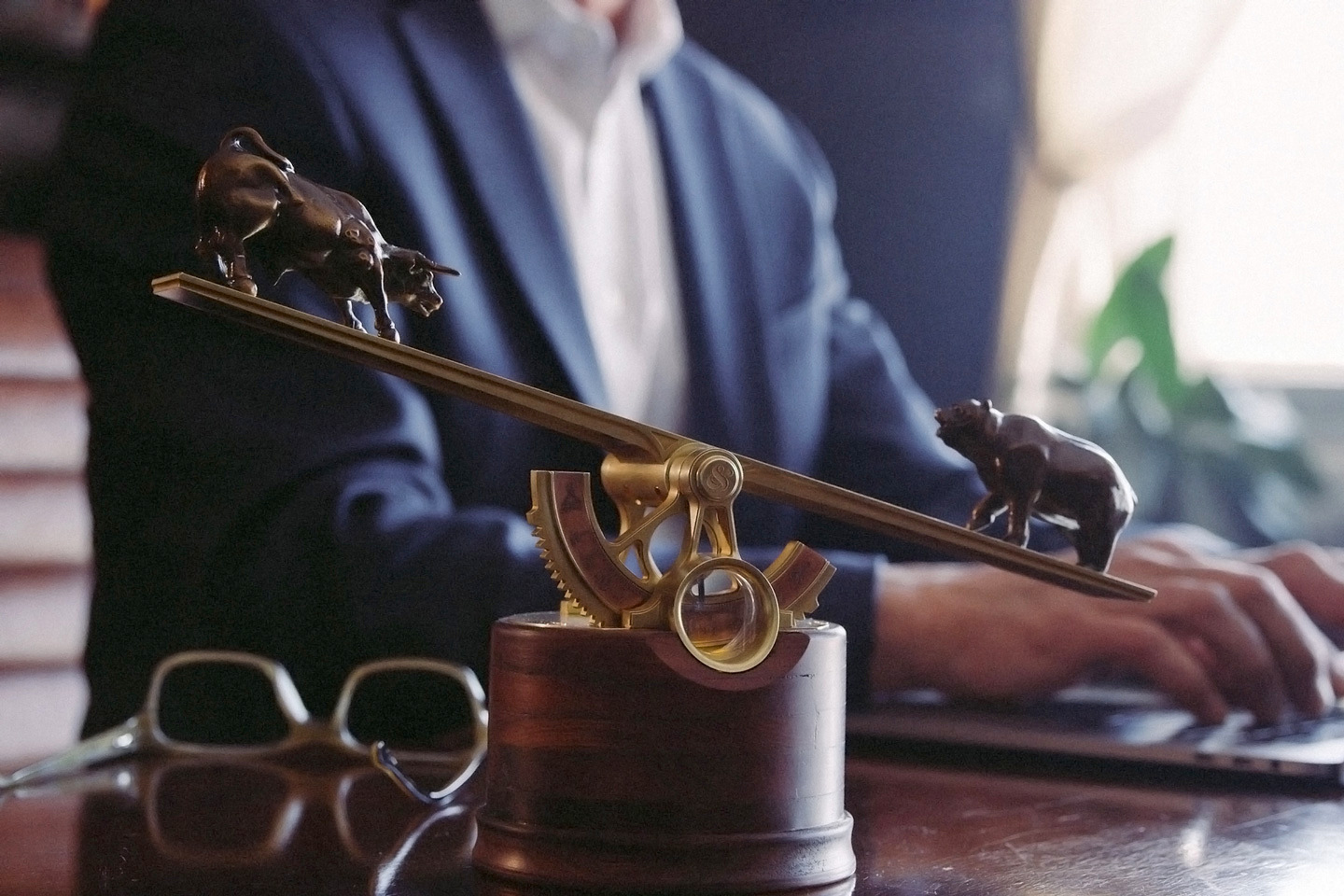 Right underneath this ever-shifting seesaw is an arc-shaped graph, designed to resemble a marine sextant of sorts. The graph, with a magnifying lens in front of it, shows how many points the market has risen or fallen by. It adds a metric to the otherwise artistic little sculpture, giving you actual information instead of a broad sentiment. 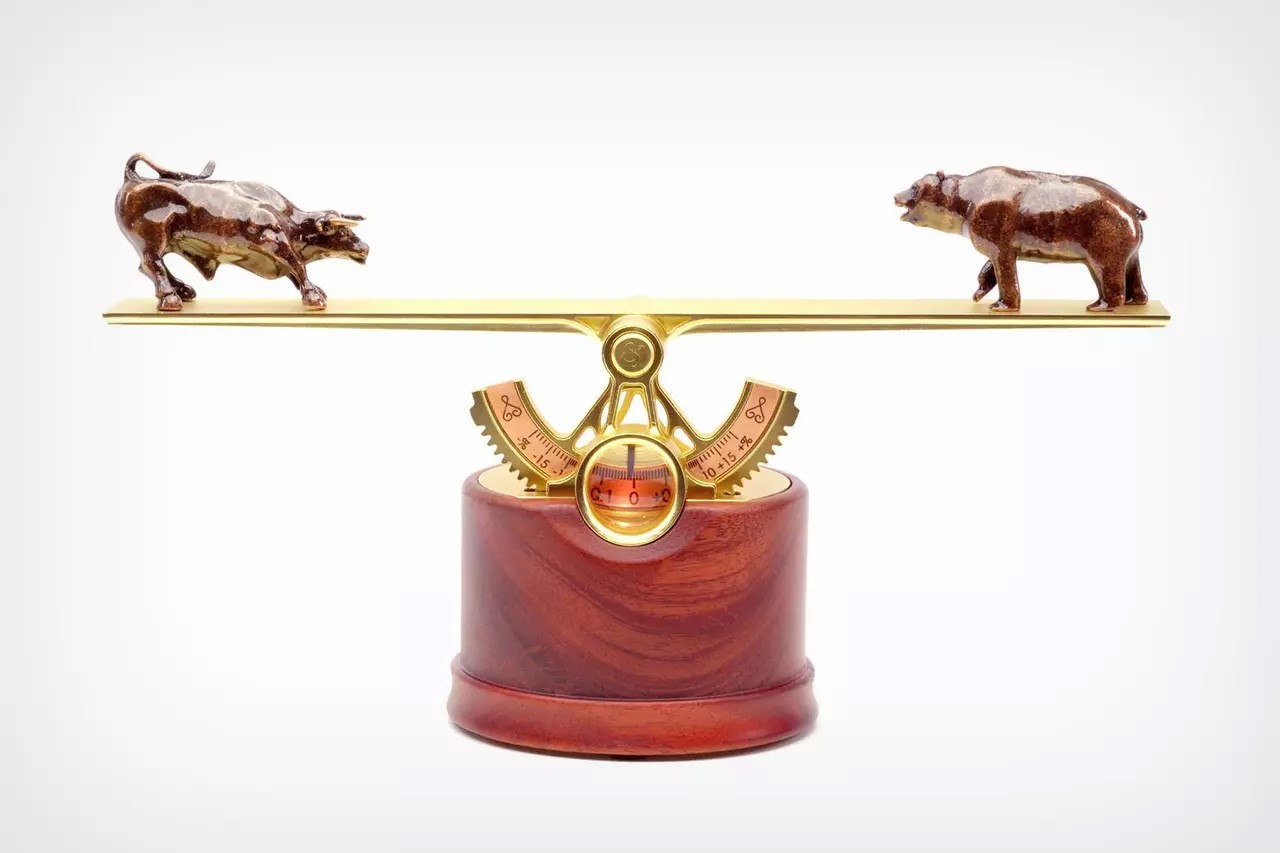 That antique appeal isn’t just for show, though. The Market, with its staggering $1,100 price tag is actually made with a fair bit of craftsmanship. The hardwood base is made from beautifully finished New Guinea Rosewood. Its cast metal parts are made from zinc, with platings of copper and brass. August & Wonder’s custom-designed motor is quiet, responding in real-time to market fluctuations. Precise percentage change can be read on the laser-etched sextant scale via the illuminated eyepiece’s 3x glass magnifying lens. 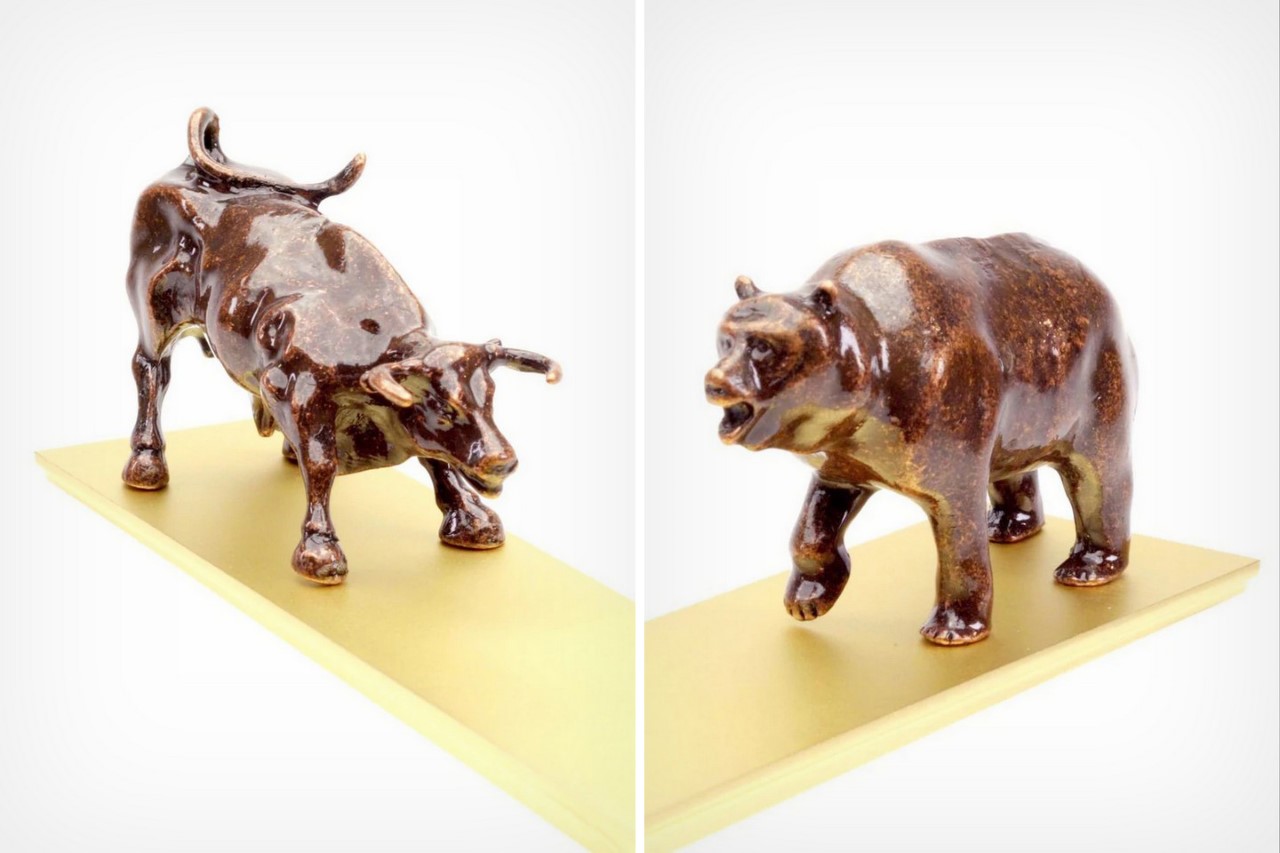 The bull and bear come with a lacquered metal design, looking almost like the kind you’d see on Wall Street. Their constant tussle with one another is reflective of the never-ending ups and downs of the stock market. 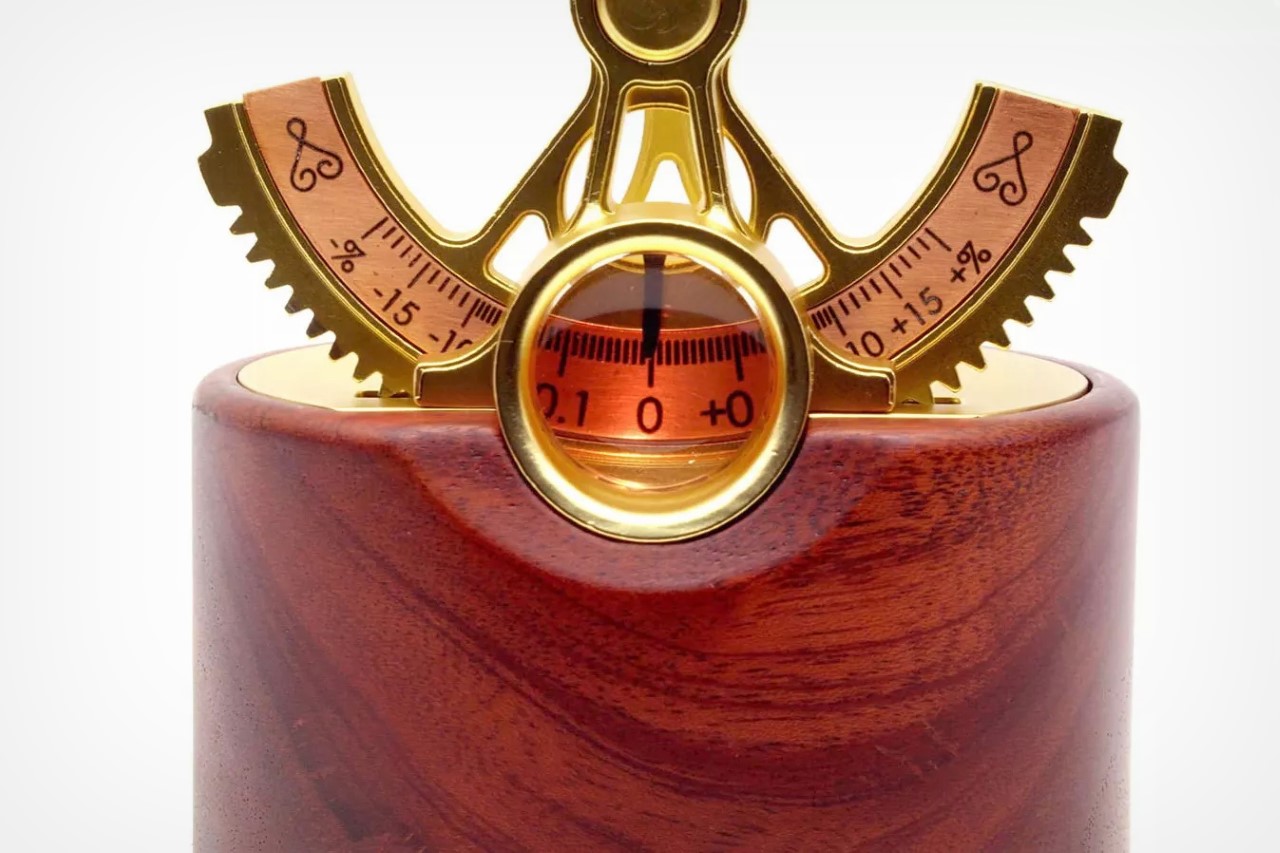 Underneath its antique veneer, The Market is actually an app-controlled IoT device. It runs on a battery that charges via USB-C and comes with a smartphone app that lets you program The Market to track anything you want it to. It can track 11 different global indexes, and 5 popular cryptocurrencies. 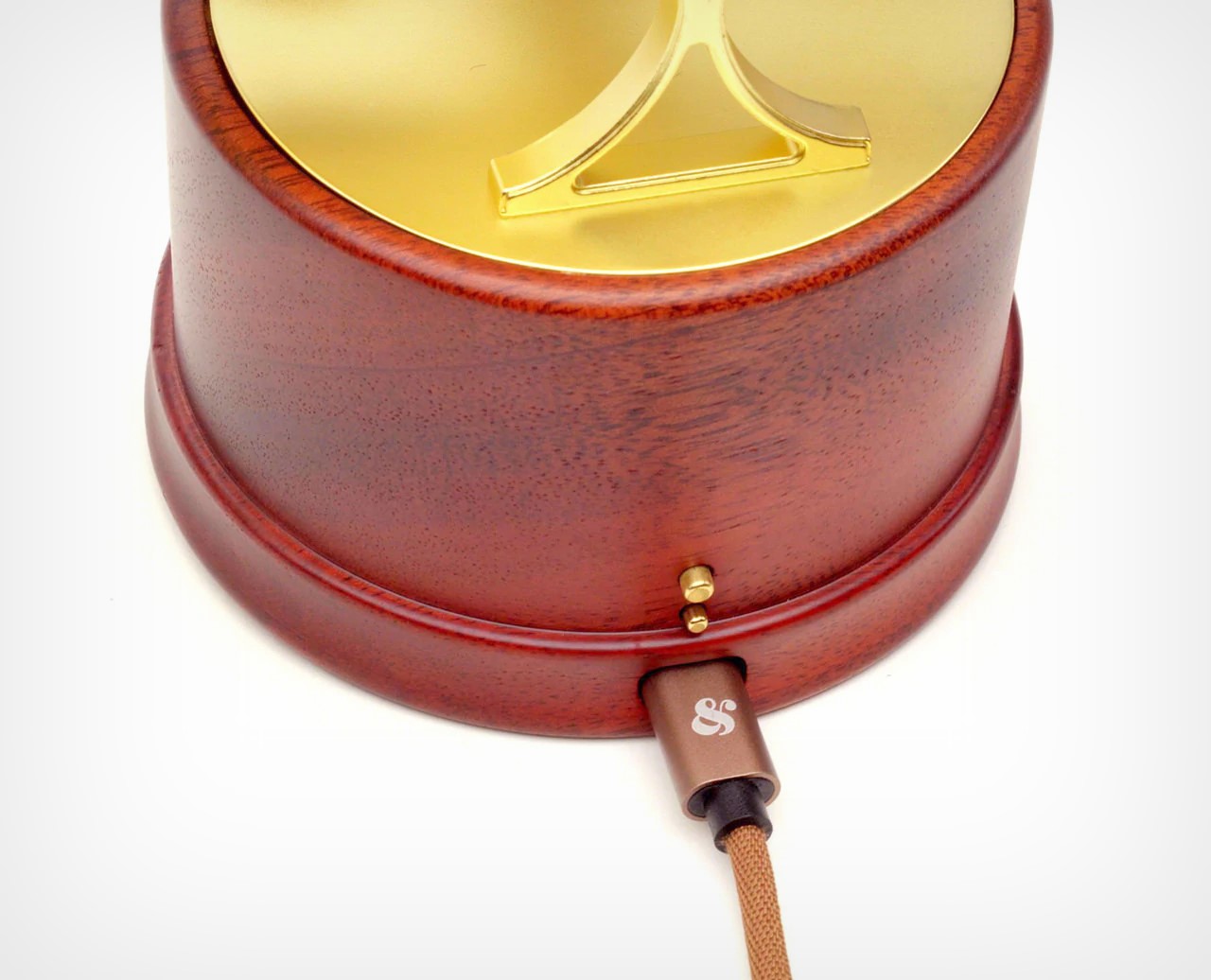