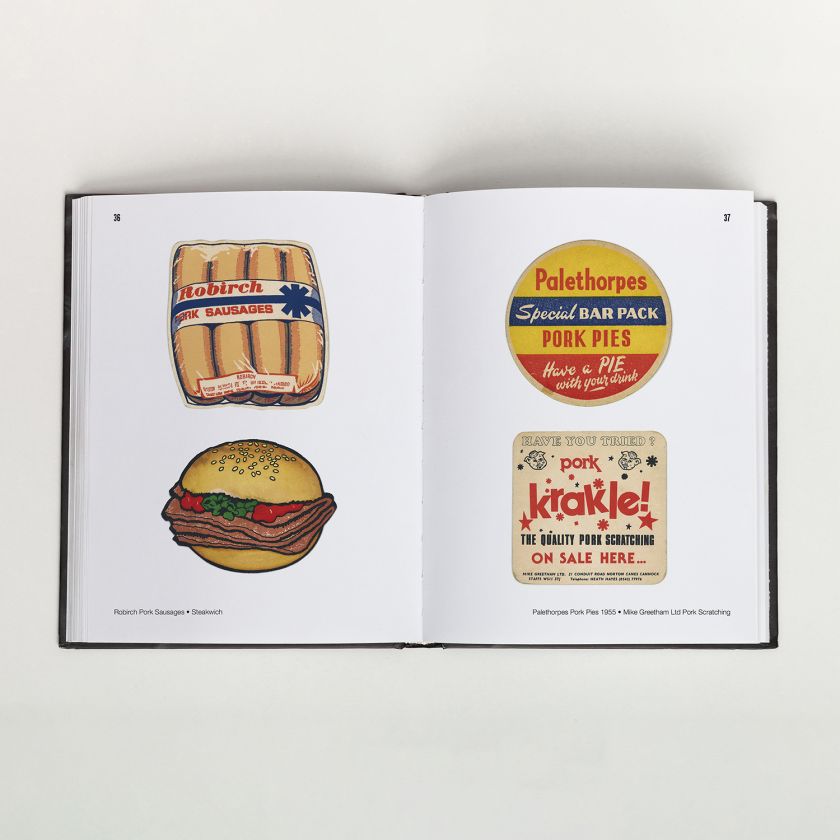 The British pub has been a feature of our villages, towns and cities for hundreds of years, acting as a place for people to come together. They also offer creative inspiration, as designer Adam Kimberley has discovered. He’s been collecting “nicely designed beer mats from the past” and them with the creative community.

And now he’s brought some highlights together for a new book, , published by Unicorn. “You will reminisce about nights down the pub, recall weird and wonderful advertising campaigns and commemorate moments in British culture,” reads the book’s description. “These beer mats are a wonderful source of creative inspiration, displaying beautiful examples of composition, typography and illustration. This collection will not only catch your spills but also your eye.”

If you’re old enough to remember these fine creations, then you’ll enjoy browsing through Adam’s collection. Each one advertises a lager, cocktail or snack using various type, colour and illustration, hinting at its age and evoking memories of nights out, family gatherings, christenings, weddings, or even times working behind the bar. Listen closely enough and you can hear the sound of pool table balls hitting one another, a nearby darts game perhaps, the smell of cigarette smoke and the clinking of glasses. 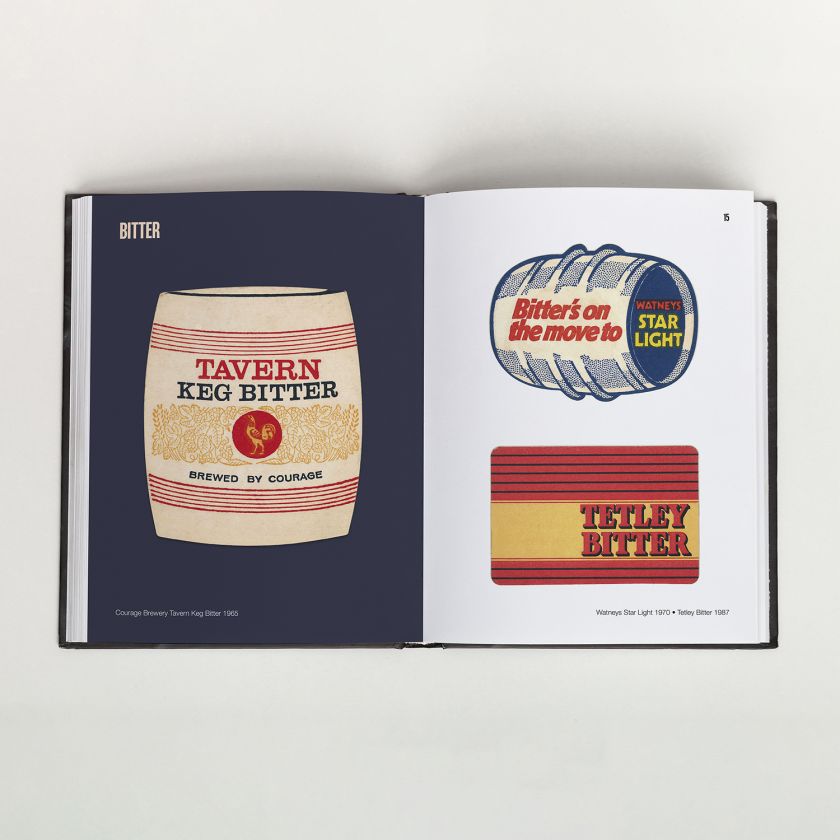 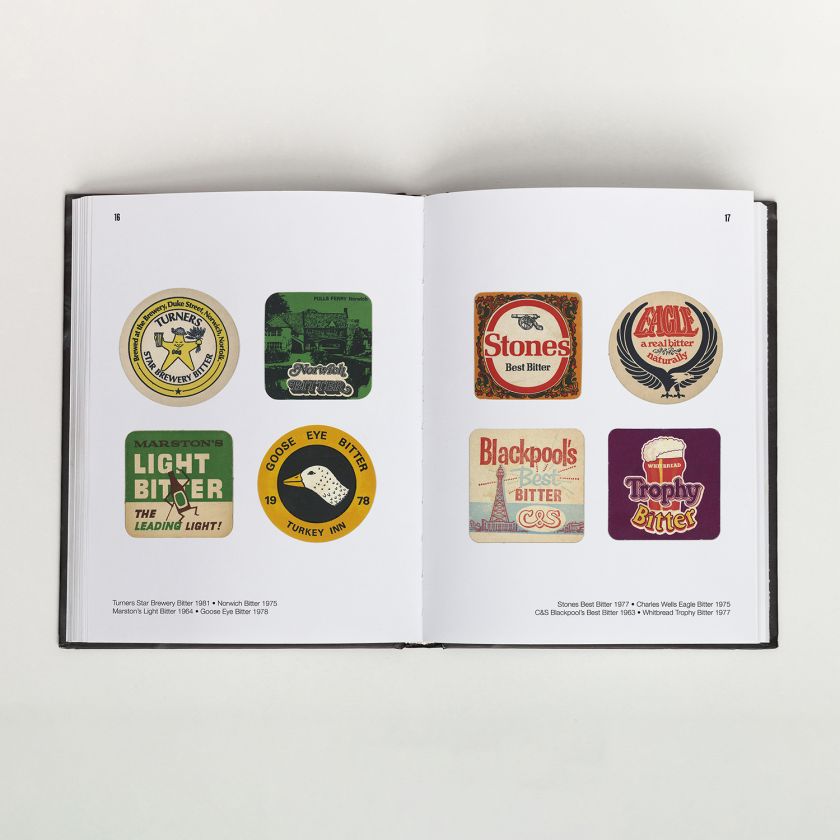 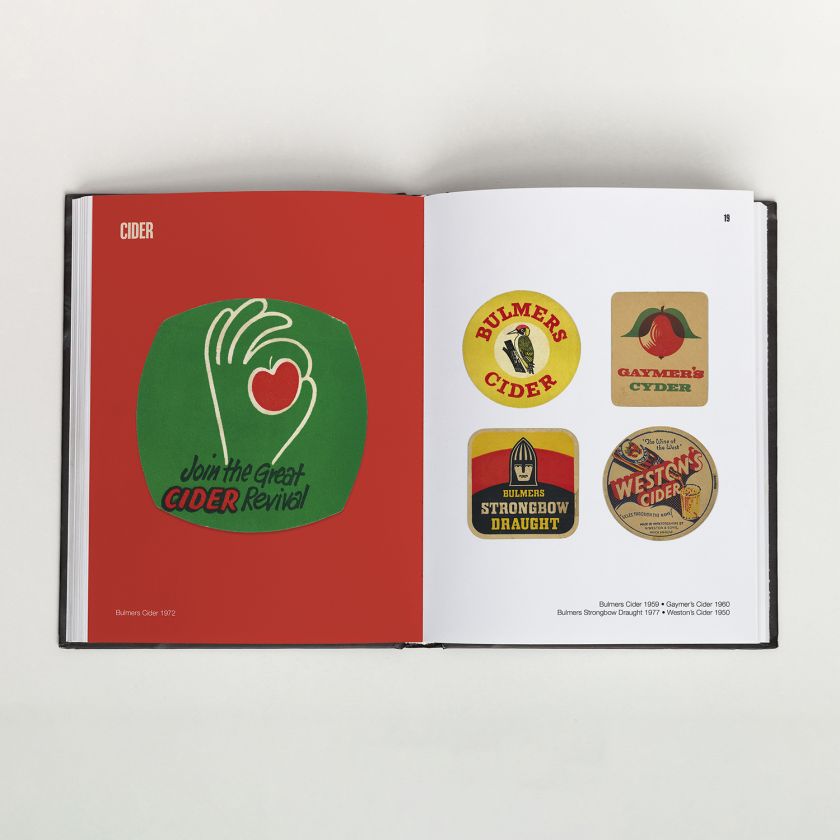 The obsession began when Adam was a young boy. His beer mat collection later became a great source of design inspiration when he studied Illustration and Graphic Design at Loughborough University. “I have always been inspired by vintage design and British culture,” Adam explains. “I love the history behind them – and I even prefer the ones which are slightly damaged with stains or wear and tear which in a weird way adds to the art and history of them.”

The name Beer Stained Pulp itself comes from most of Adam’s collection being beer stained and, of course, being made from pulp. “I started the project over three years ago” he continues. “I thought other designers might appreciate them as the little ‘design masterpieces’ they are. Sadly you don’t see as many of them in pubs now…so I thought I would start displaying my collection on Instagram.”

Breaking the mats down into various chapters, Adam focuses on the type of drink and, in some cases, the breweries. There’s a section dedicated to bitter: Tavern Keg, Star Light, and Tetley will delight while the cider bit covers visual treats from Gaymer’s, Bulmers and Weston’s. 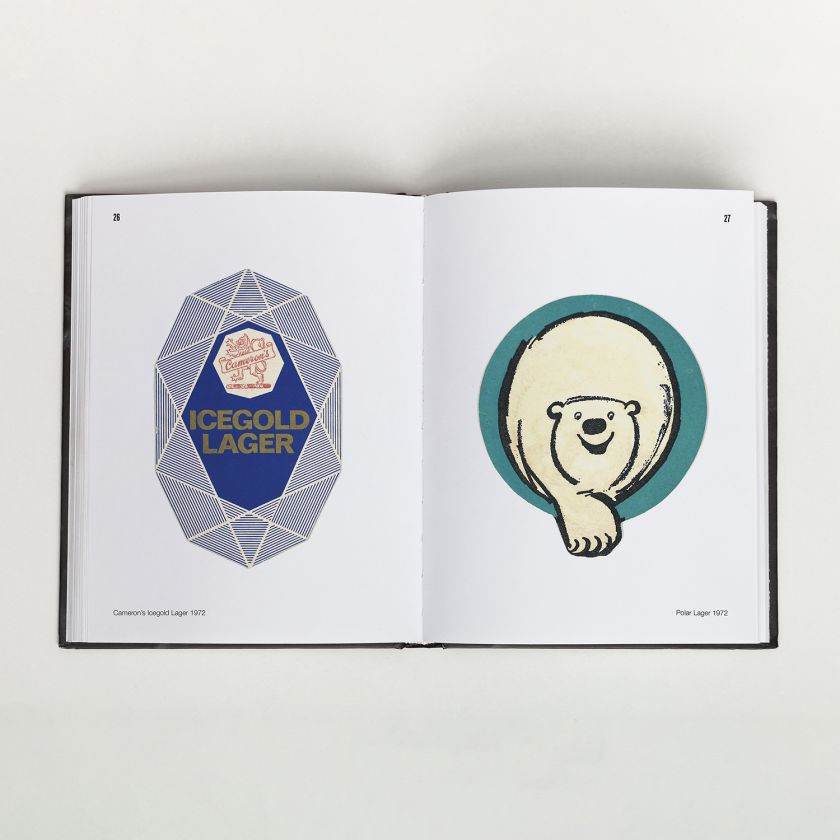 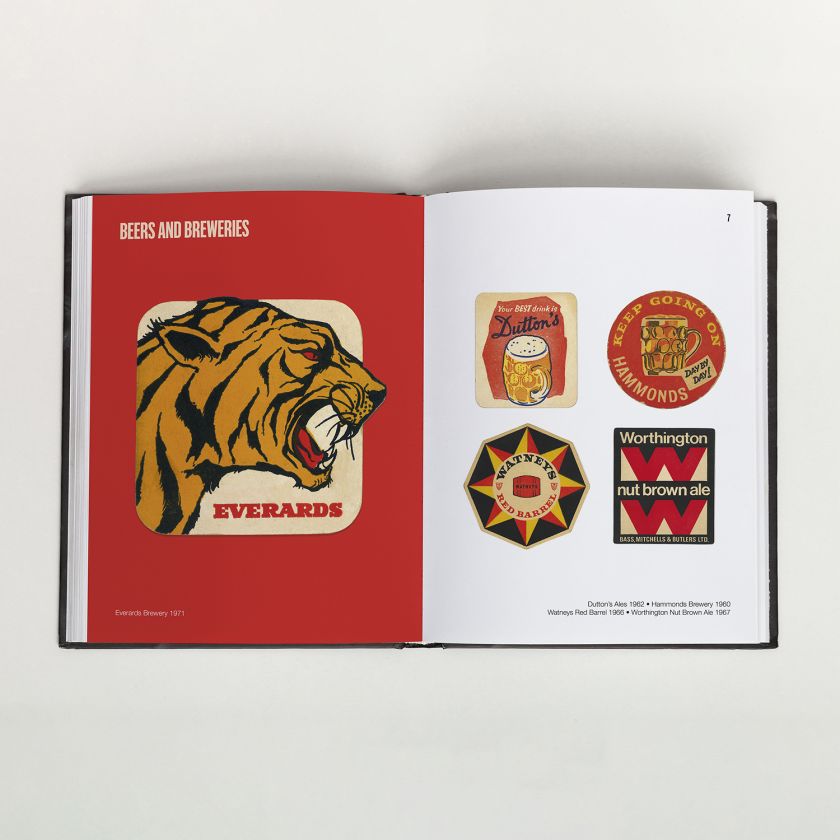 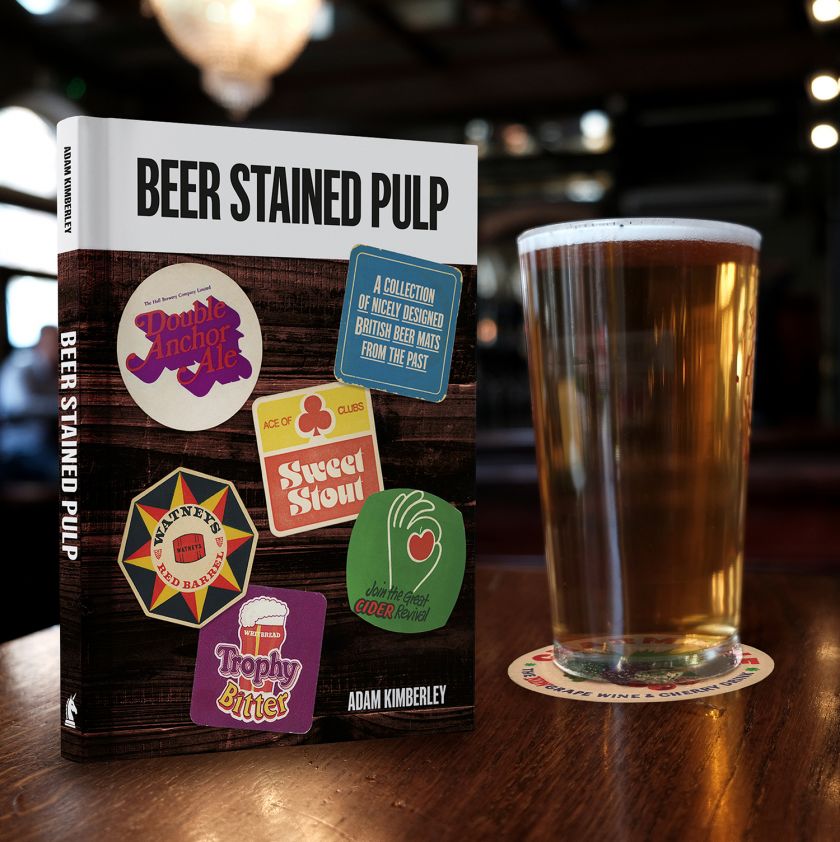 What started as a small personal project, soon turned into something else. After being featured in last year, Adam was approached by Unicorn Publishers to turn his Instagram account into a book.

Does Adam have a favourite? “To be honest I love them all as they are all so different,” he tells Creative Boom. “My favourites are the unusual and quirky ones, especially ones that are for products that you wouldn’t expect to be advertised on a beer mat. There are a couple featured in the book in various different shapes such as a packet of sausages, a pie and a steak sandwich, which I find so random but also pretty cool, even though I am a vegetarian!”

We also love reading through the comments on Adam’s dedicated account, one he plans to continue updating in future. Recent classics include a Watney Wilson brewery mat and a Lucozade beaut that reads, “The sparkling Glucose drink”. Oh how marketing changes.

“Even though I wasn’t alive when most of them were in pubs, I still love the nostalgia of them,” Adam continues. “They are like a little snapshot of moments in British culture. They are amazing examples of typography and illustration from different decades, which as a graphic designer is a great little journey into the history of British design, branding and marketing.”

Beer Stained Pulp is nostalgic stroll down memory lane, giving us a deep dive into the visual communications of the past. It’s available via all major bookstores, including .