Between Lines: A film about the impact of schoolgirl bullying and the recovery that follows

Out of trauma comes a sense of healing and connection. In ‘s latest film, Between Lines, we learn of the scarring experience of schoolgirl bullying. The story follows a young woman’s journey as she navigates isolation, exclusion, and anxiety.

Acting as director and one of the designers, Sarah Beth Morgan worked alongside animation director Taylor Yontz, producer Rebekah Hamilton and a whole team of creatives on Between Lines, a short film partly inspired by Sarah’s own experiences of bullying when she was a teenager in 2005. “One year I had friends, the next year I didn’t,” she tells Creative Boom. “When I started 7th grade, I was isolated. My best friends decided to turn on me and started excluding me, calling me names and terrorising me over the internet and in person. It was a year of hell that I barely remember…but my mom remembers all too well.”

It wasn’t until the following year that these same girls decided to become her friends again. “There was no mention of what had happened,” Sarah explains. “I was too scared to say anything – but so happy to have my friends back – that I didn’t call them out or defend myself. This experience has plagued me with trust issues, has exaggerated my perfectionism and people-pleasing qualities. It led me to choose other, toxic friendships that created fresh wounds.” 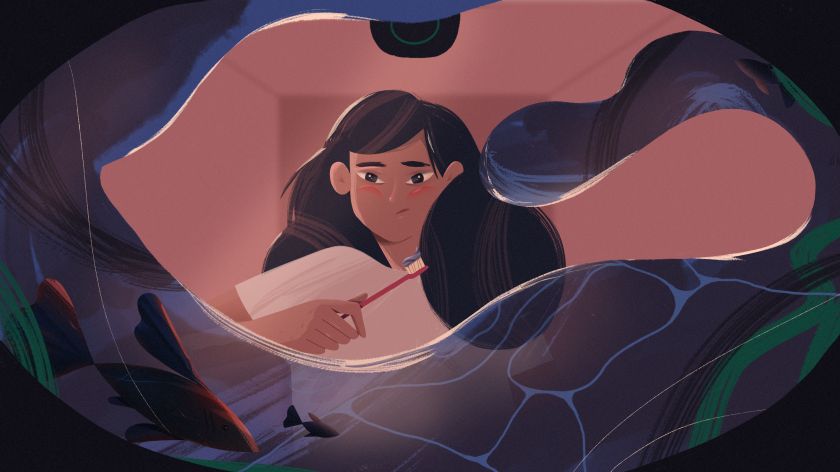 But none of this is unique to Sarah, as many of us will know first-hand. “Anyone can be subjected to this type of bullying, regardless of gender, ethnicity, class or worldly location,” Sarah adds. “In fact, after starting this project, I’ve connected with more and more people all over the world who have shared a similar trauma. It’s more prevalent than I ever imagined.”

Between Lines hasn’t yet been officially released, so we’re only able to share a trailer at this time. But in the short snippet that we do see, we get a sense of the tension and sadness of being a victim of bullying with music and sound by Jennifer Pague helping to set the scene.

“Alongside a team of over 30 women, I hope to spread awareness of what this trauma is and what it does to someone,” Sarah tells us. “I want to pierce the viewers of the film with deep-rooted, gut-wrenching empathy. And to let the women and girls who have experienced this know they are not alone.” 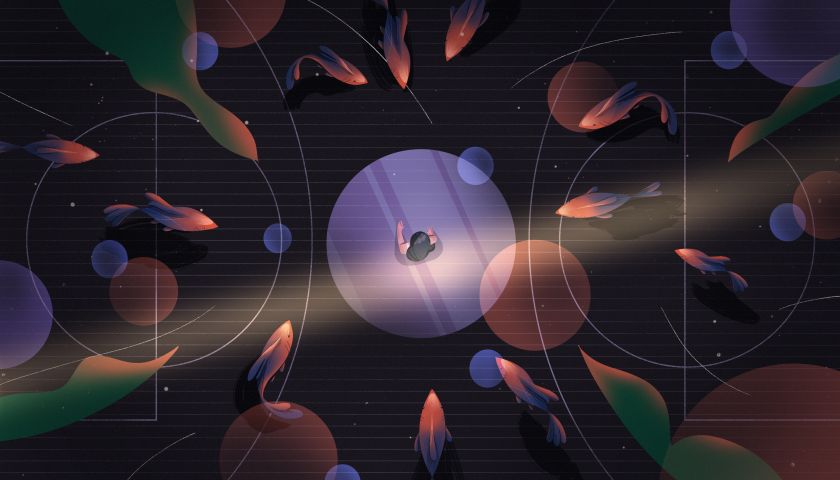 An animation director, illustrator, and “dog mom” based in Portland, Oregon, Sarah grew up in the “magical, far-away kingdom” of Saudi Arabia, where she says she was “deprived of bacon and cable television, but granted a unique and broad perspective”.

After attending Savannah College of Art and Design and an early career at Scholar and Oddfellows, Sarah now works from her own Portland studio where she collaborates with motion studios and clients like Chipotle, Ecobee, and Google on commercial animation and illustration. Discover more of her work at . 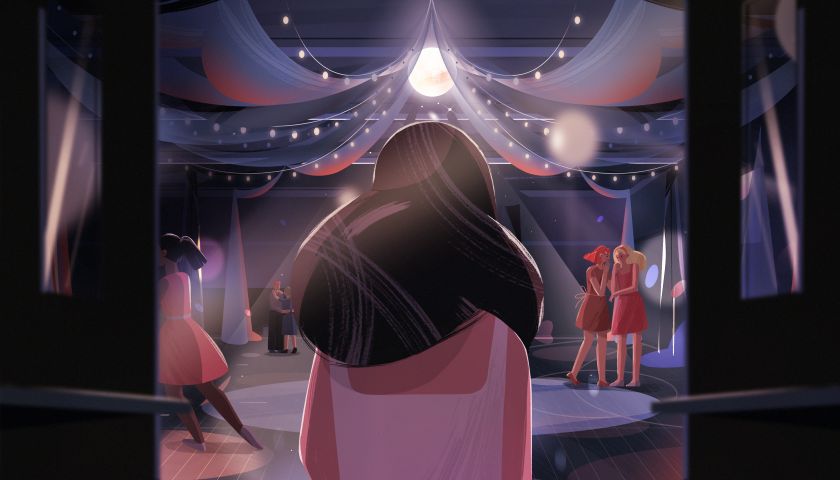