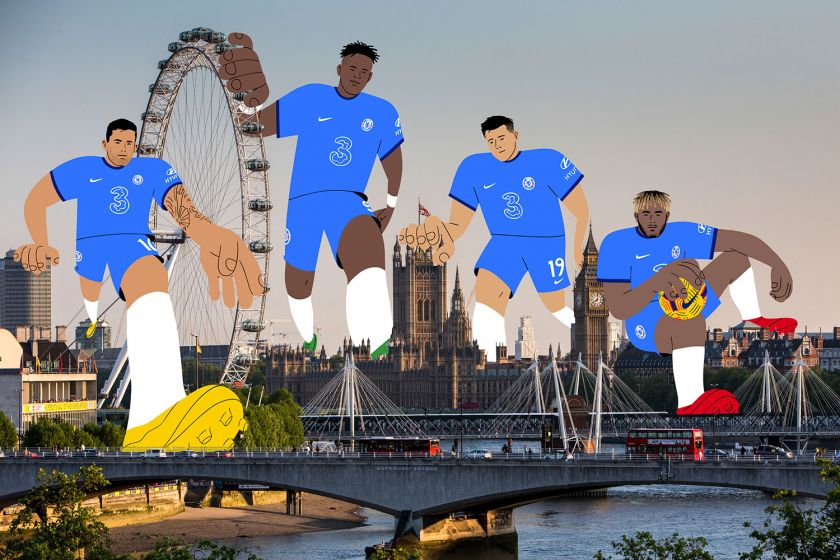 ‘Come on you Blues’ is one of the gargantuan-sized chants Chelsea players are used to from their fans when on the pitch. Now the tables have turned in a series of illustrations by one of our favourite artists, depicting stars from the team as they loom over London with the outsized stature of stadiums.

Working with to celebrate London and Chelsea F.C.’s standing as one of the city’s biggest clubs, Chelsea Creates is a newly-launched project between the Blues and footie media platform Copa90 that the illustrator helped kick off this month.

“Chelsea and Copa90 had seen my personal project where I mixed photography and illustration and thought it was a great fit for the campaign,” Alva tells Creative Boom. “They got in touch to see if I was interested in creating a series of illustrations featuring their key players taking over London. I was excited to get to work with a football team for the first time and happy that they wanted to do something similar to On Top of the World since I really enjoy drawing on top of photographs.” 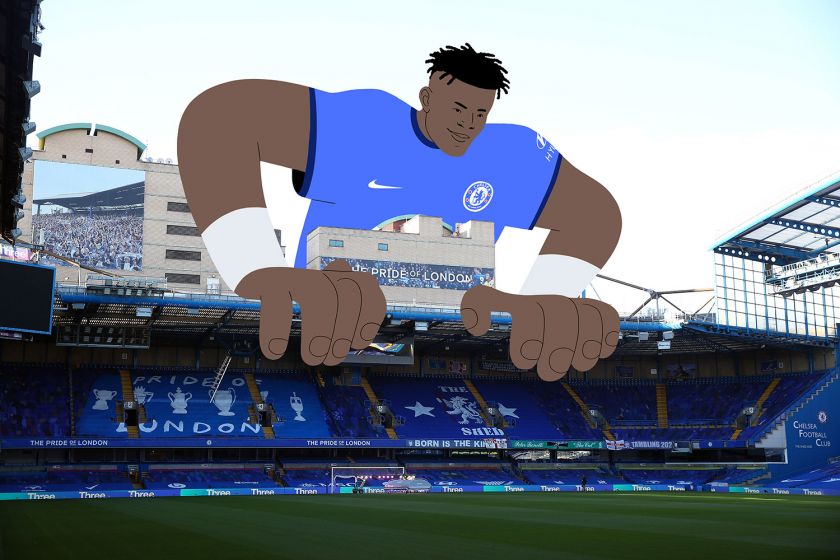 Produced were three illustrations depicting players like Tammy Abraham as giants proudly roaming London and stadiums like Stamford Bridge and a short interview with Alva about the process behind the pics. Creating them involved Alva meeting the team over Zoom to discuss the project. Chelsea and Copa90 then detailed the brief and decided on the photographs to use, after which Alva made a few roughs of how the players could be positioned amongst sights like London’s South Bank skyline.

“It was so much fun to create these illustrations,” Alva tells us. “It’s almost like solving a puzzle to make the players fit into the photograph and make it make sense.”

“It was also nice to get to portray these football players with their distinct hairstyles and looks. I really enjoy drawing movement and sports, so it was a perfect match for me. The project also received a lot of positive feedback on social media which I’m very happy about.” 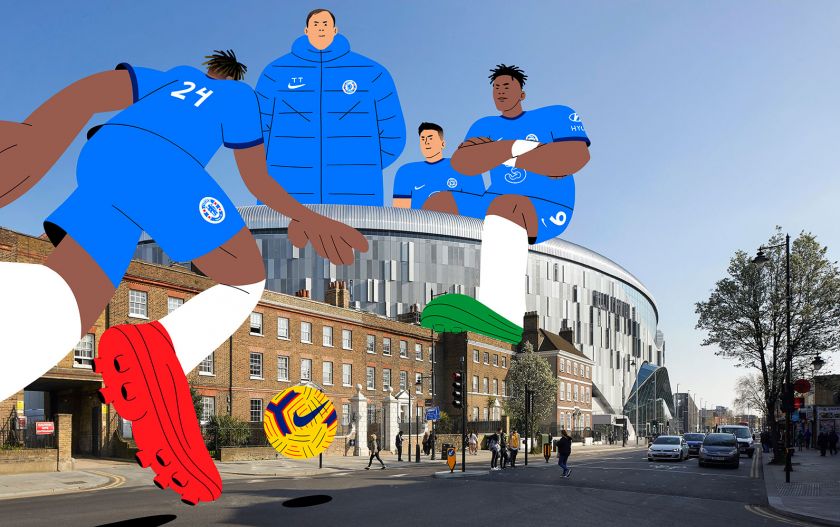