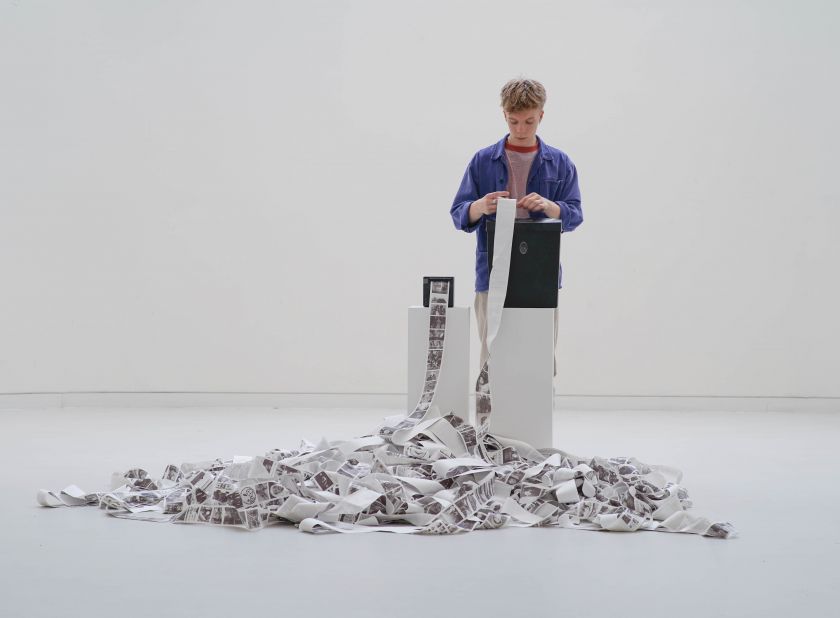 Titled Bin Laden’s Hard Drive, the artwork by British creative Kurt Champion presents just two per cent of the data found on Osama bin Laden’s personal computers, which were recovered and soon declassified after the raid on his compound in Pakistan. In a response to the release of over 350 gigabytes of data, Kurt shows the contents in a way that translates digital archives into a physical form.

As viewers of the installation, we stand back and observe while a small thermal printer sitting on a plinth releases a seemingly never-ending line of images that once belonged to Bin Laden during the final five years of his life. “The paper twists, bends and ribbons as it finds its own path into the clear perspex box which sits on the floor below,” explains Kurt. “This is accompanied by the natural sound of the printer that is reminiscent of the zurna instrument.”

Taking the data life cycle as a foundation for the approach of his project, Kurt completes the cycle in a physical form. “I emulate the fifth and sixth phase which involves the removal of all data from active production environments,” he says. “And then the destruction of that data. The perspex box resembles the fifth phase with the paper shredder resembling the sixth and final stage of the cycle.” 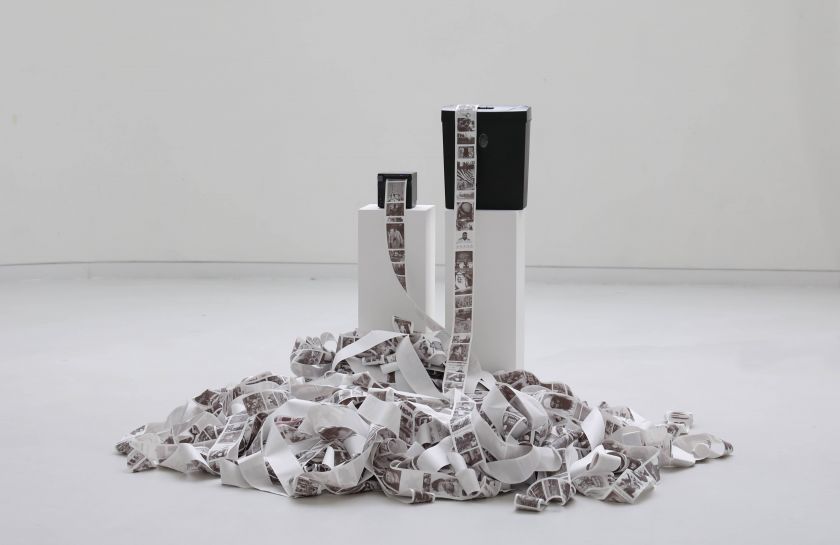 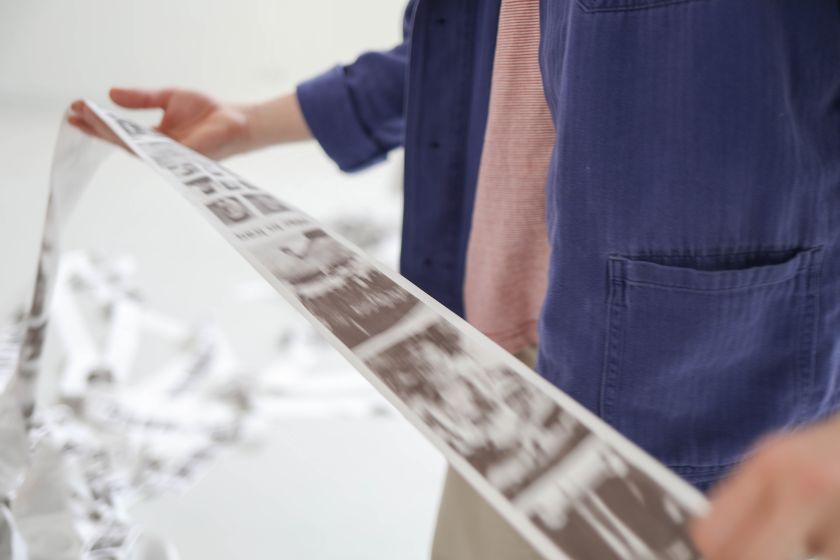 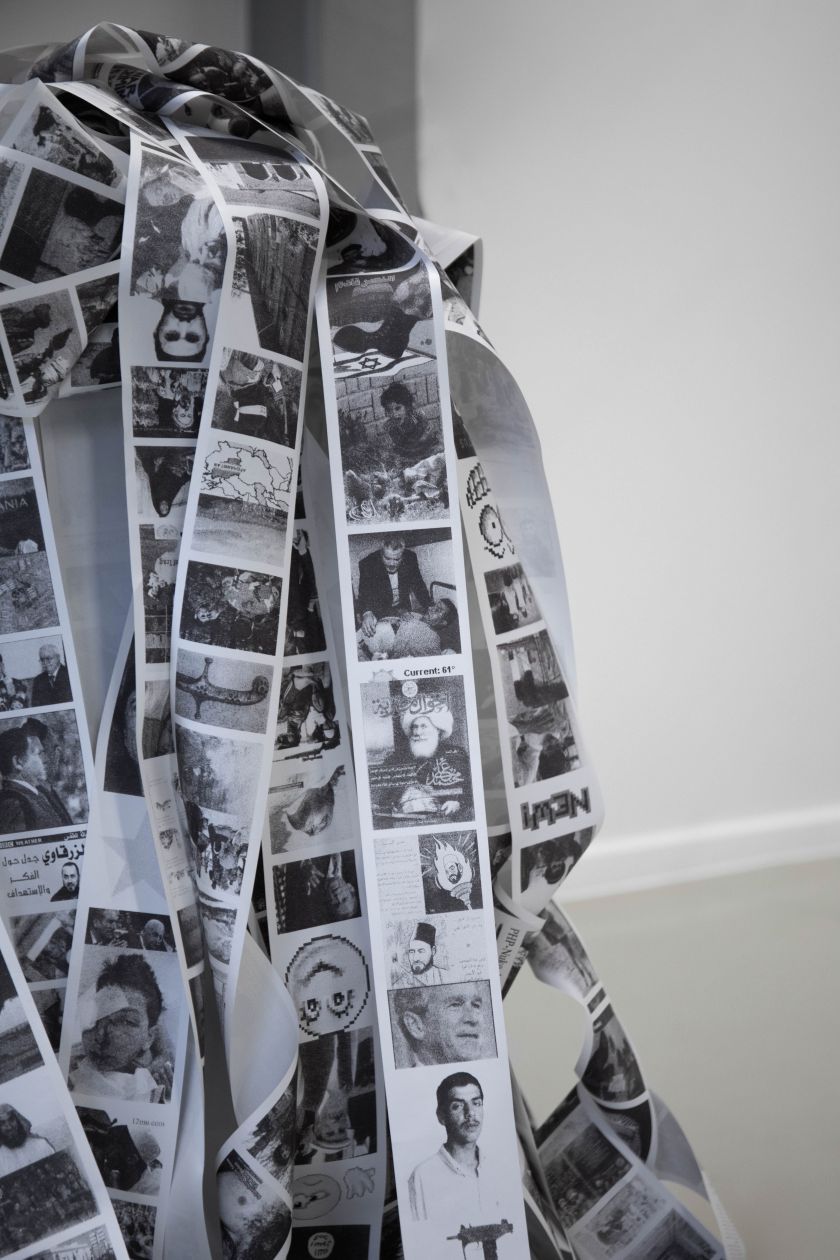 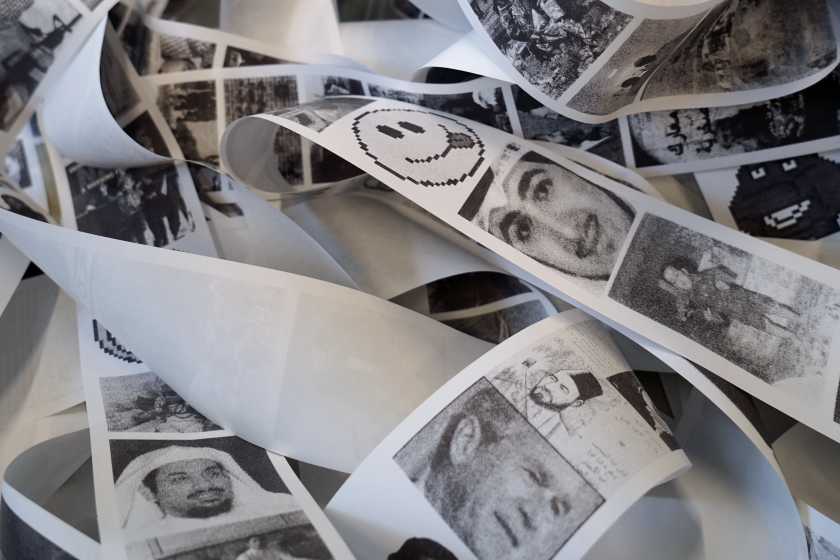 Look closely and you’ll see photographs of friends, colleagues, smile emojis, and family portraits. There are also images of George W. Bush, injured children and weapons amongst the files. One could assume anything from the contents but is it possible to paint the picture of such a man during those final years between 2006 and 2011? This is what Kurt invites us to ponder. He isn’t forcing anything on us. Nor is he implying anything. He is merely revealing something that was found and recovered, allowing us to draw our own conclusions.

A recent graduate of the Wix Playground Academy and Visual Communication at the Arts University Bournemouth, Kurt Champion is from a small rural town in Somerset, South West England. His love for creativity began when he studied film at college and today he is now finding his voice in the world of art and design. As he releases Bin Laden’s Hard Drive, he continues to grow and develop as a fresh face to the industry. Discover more of his practice at . 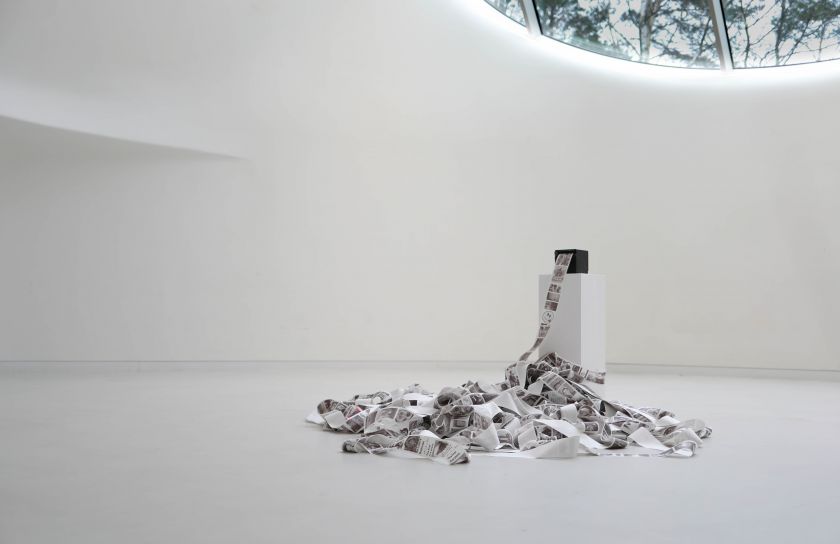